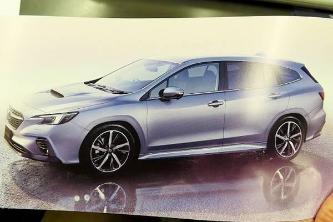 from the concept shown at the 2019 Tokyo Motor Show.Sources also reported that the Levorg will come in 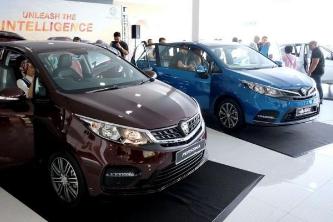 If you're a fresh grad, take a look at Proton’s Fresh Graduate Campaign

30 years old, and have a minimum salary of RM 1,500.PCSB also didn’t forget about the interest rate 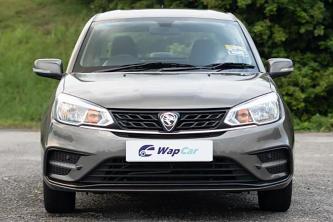 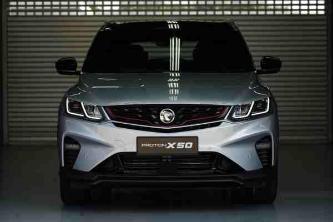 Leaked: Here is the all-electric BMW iX3 in production form

also be the first model to include the full range of powertrain with petrol and diesel engines, plug-in

Your car ownership experience isn’t complete without having at least one flat tyre incident.

Up to RM 31k in savings when you purchase a brand-new Mercedes-Benz!

Sime Darby Auto Performance (SDAP) has today unveiled the latest in the long line of 911 flagships, the

Targeted fuel subsidy to start in January 2020, only for BSH recipients

In the 2021 Nissan Futures webinar, data was presented on the current state of EVs and electrification

Isuzu D-Max are locally-assembled, both models will continue to be taxed at the current 10 percent rate

Prices of imported (CBU) cars in Malaysia to increase by June 2020, gap between CBU/CKD to reduce

Following our earlier report that prices of new cars in Malaysia, especially locally assembled ones,

Toyota GR Supra, what are your options when you have half a million to spare?

The long-awaited city electric car by MINI, the MINI Cooper SE is has been confirmed to launch in Malaysia

Customers are entitled to a low-interest rate from 1.88 percent and a 1-year warranty during this promotional

With the factor of a 10 percent down payment and an average interest rate of 2.27 percent on a 9-year

Worried about your car battery going flat during MCO? Here's how to prevent it

5 cars with the highest road tax price in Malaysia

Following Tesla’s return to Singapore, two banks have shown great initiative in the adoption of

Top-5 cars with the most expensive road tax in Malaysia

Let’s get right down to it, the top 5 most expensive road tax in Peninsular Malaysia (privately

will have to pay RM 2.093 bil worth of compensation to highway operators due to the postponed hikes in

At launch, the Haoyue is offered as a 7-seater while a 5-seater configuration will be available in the

i3s would be the fact that the MINI is front-wheel-drive while the BMW is rear-wheel-drive.Assembled in

when the increment will start has yet to be decided.Source: Berita HarianAlso read: Road traffic noise in

Do people of Tamil Nadu think “enough of the Dravidian parties” rule in their state? Why?

How do I plan a trip to the nearest beach from Bangalore for couples (including travel time, for 1 day and 2 nights)?

I would suggest Pondicherry. First thing first, some important points: ü ,Distance from Bengaluru (Koramangala) to Pondicherry: 375 kms. ü ,Route Taken: Koramangala -> Elevated Expressway to Electronic City -> Hosur -> Krishnagiri -> Vellore -> Ambur -> Arcot -> Tindivanam -> Puducherry Same route while returning. > ,You’ll have to cross 5 Tolls in between: E. City Toll – Charge Rs. 45, Hosur Toll – Charge Rs. 60, Krishna Giri Toll- Charge 75, Another Toll ( I don’t remember) – Charge 39, Puducherry Toll – Charge 60. Going by toll road is highly recommended. For shopping buffs, I would suggest you can alight at Ambur, as 40% of the leather goods (in India) are manufactured here. ü ,Time: 5 hrs at average speed of 75 km (including 1 break of 25 minutes). For novices/average drivers it may take upto 7 hrs (including one break of 20 minutes). We left Bengaluru at 5:35 from Koromangala, and took a break at Aarya’s café at around 10:30, this café is 27 km before Puducherry at Tindivanam-Puducherry highway. Here, we had Masala Dosa, Idli & Uttapam at meagre 150 Rs. I used the word “meagre” because they serve on banana leaf with 4 type of chutneys and piping hot sambhar in jugs. After all Tamil Nad is birthplace of Sambhar & Dosa/Idli/Vada. While returning we took a break at Kumbakonam Filter Coffee hut; I don’t remember the place but my tachometer was showing 320 km, this coffee hut is on your left while returning from Puducherry. I would strongly suggest this one (instead of regular run of the mills stop joints or dhabas). ü ,Fuel: Approx. 3600 (To & Fro, Including City Travel). Mileage of my car is 17-18 on highways. ü ,Fuel Station: A2B Fuel Station at BTM (Bengaluru) & IOC Petrol Bunk at Krishna Nagar, next to Saram Junction (Puducherry). This petrol pump accepts credit card payments. ü ,Stay: Hotel Annamalai International – Saram (which is city centre, so you can go to almost all visiting places in radius of 3 km). Rates: Executive Room 4000 & upwards with Suite at 12000., , Room Tip: If you are nomadic soul, whose definition of Pondi is Auroville/Matri mandir; then book room in Auroville. Otherwise if you are going for leisure travel (read it: want to see famous places of Pondi) then book room in city near, either near Saram Road or Annamalai road. You can book this room at 2399 through OYO. Dtd 21/9/2015; came to know that you can pay for your OYO rooms through Ola money to get flat 40% off (real juicy deal :). ü Food: For vegetarians – only option of French Café’s at Promenade & Bussy Street (they are an experience in itself), rest are not good and for non carnivorous folks, local options are plenty along with French Café’s at Promenade, Bussy Street. Palais De Mahe at Bussy Street (next to Pizza Hut) is highly recommended. , , Its 300 metres away from The Promenade Street or Beach Road while taking turn from Lal Bahadur Shastri marg. Or if you stay in Hotel Annamalai International, I would suggest their Dinner buffet at 310 per person, south Indian lunch at 175 (We didn’t tried this one). ü Visiting Places: The Promenade (Highly Recommended), Chunnambar Boat House or Ousteri Lake & Paradise Beach (Highly Recommended), Auroville & Matri Mandir (Highly Recommended, you won’t be able to go inside Matri Mandir; but if you take an appointment well in advance through their email id or website, you’l be able to go inside matri mandir too), Le Café – Promenade, it’s a sea facing café (Highly Recommended) , Café Shanthi – Bussy street, it’s roof top café (Highly Recommended),. Panchmukhi Hanuman Temple – Auroville Road (Recommended), Vinayakar Temple (Recommended), Aurobindo Ashram, samadhi of Shri Aurobindo & Mother (Recommended), Museum & Botanical Garden (Recommended), Bharati Park (You can omit), Sunday Market (You can omit, if you want), Lenin Street (You can omit, if you want),. Best way to explore Puducherry famous places is Hop On bus or sight seeing bus operated by PTDC (they have a website, you can get more information on it). A/C bus starts in morning approx. 7:00 from PTDC office at Promenade, Ambedkar Manimantapam, Beach Road and comes back in evening around 5:30 at the same place. General charge is Rs. 300-400 per adult. You can purchase a ticket for Rs. 200 at Chunnambar boat house for taking you to Paradise Beach in motor boat. I would suggest you take the first motor boat to reach Paradise beach in morning at 6:00 on weekdays and 7:00 on Saturdays. There’s an awesome charm of paradise beach in early mornings. Practical, ,TIPS: Drive your own car if you are going to place which is outside city limit, i.e Auroville, Panchmukhi Hanuman Temple, Ousteri Lake/Chunnambar boat house. For other places (Promenade, Museum, Botanical Garden, etc.) I would suggest get the app of Ola (it is cheap as well convenient), don’t take rickshaws: they charge exorbitant rates. Eg. From Annamalai International Hotel to Promenade is approx. 3.25 km; rickshaw charge is Rs. 100 and Ola Sedan charge is Rs. 84. Don’t go to overhyped sunday market; it can’t be compared to Pahar Ganj market of New Delhi or Commercial Street of Bengaluru or Bandra or Crawford market of Mumbai or Law garden Street of Ahmedabad.