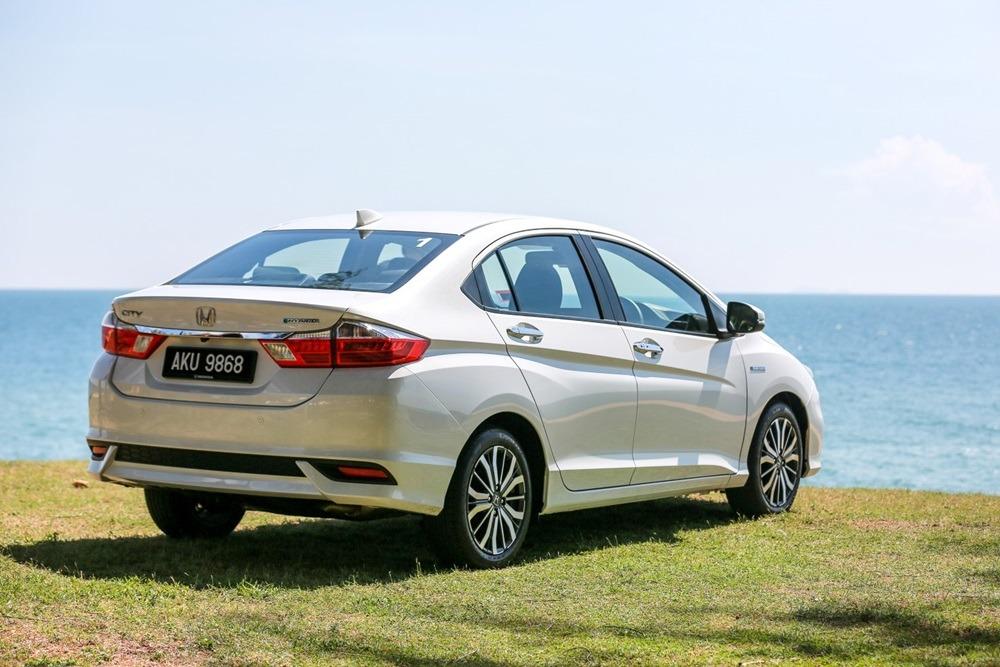 First launched in Malaysia in March 2014, the current generation Honda City is nearing the final legs of its model life. A mid-life update was introduced in March 2017, and was quickly followed by a full-hybrid variant in July that year.

Despite being the oldest model in its class, the City remains the stronger seller in its class, although the updated Toyota Vios have closed the gap significantly. 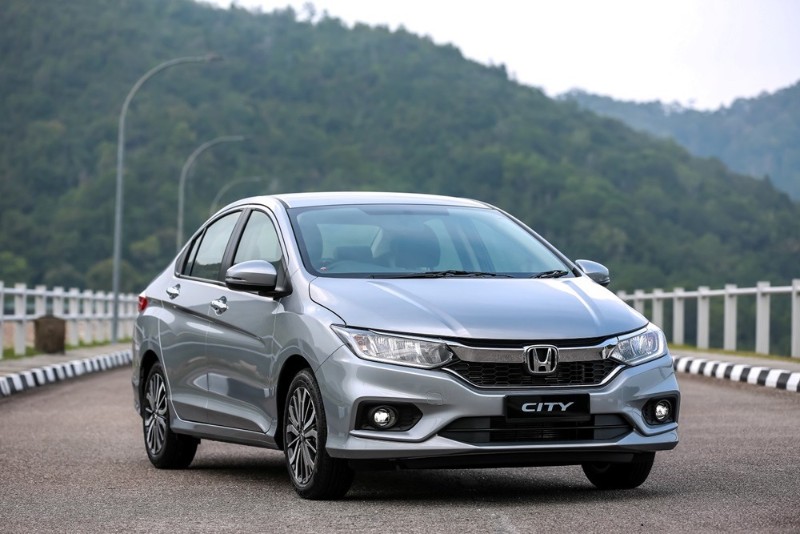 The are four variants to choose from, including the Hybrid. 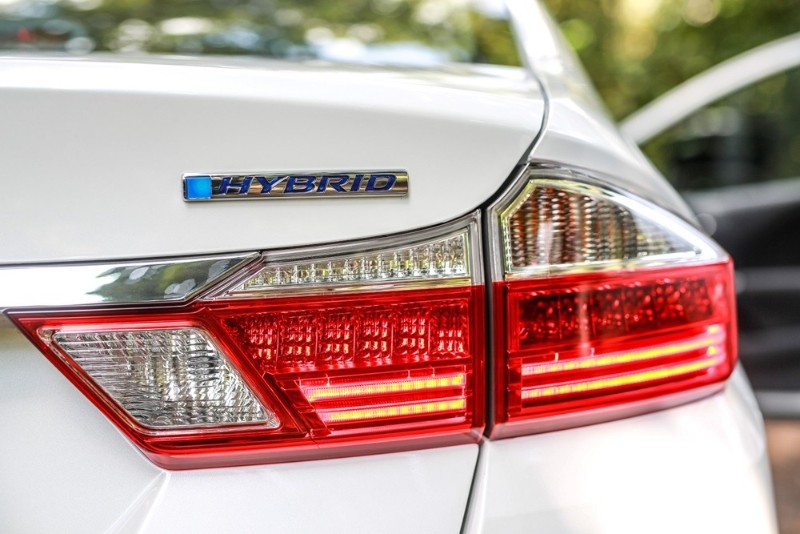 Curiously, the most expensive 1.5 Hybrid variant (RM 92,172) has less features than the regular petrol 1.5V, mostly due to the added cost of the more powerful yet more fuel efficient hybrid powertrain. The Hybrid drops some of the 1.5V's features down to more basic: 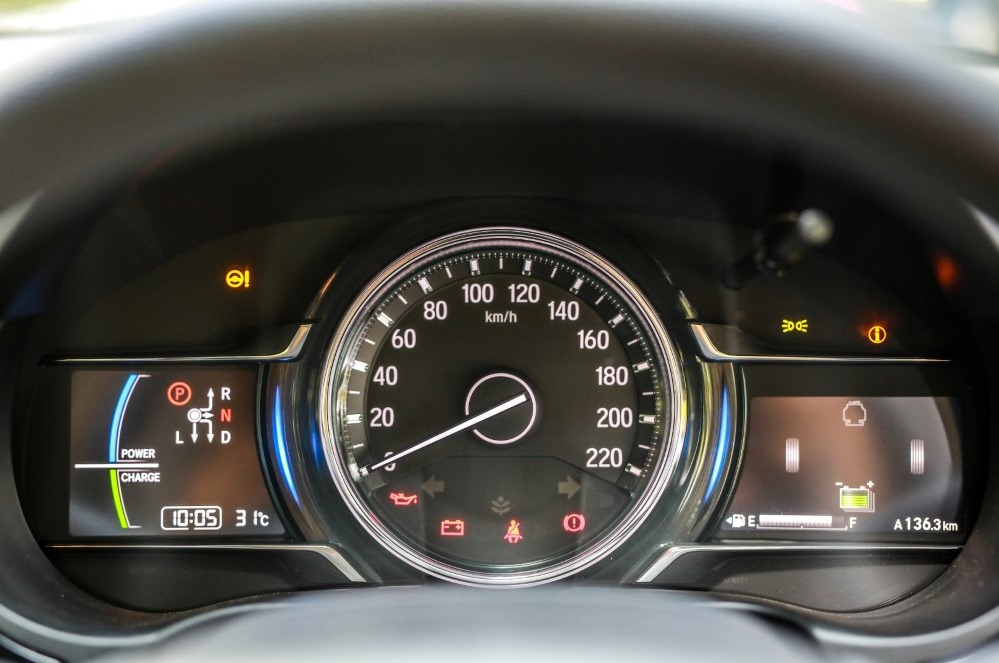 Is the Hybrid worth buying?

Yes if you are looking for added performance. Despite the fuel-saving image, the City Hybrid packs more power than any of its rivals and it has a sportier character too - courtesy of a faster steering rack and a fast shifting dual-clutch automatic transmission that delivers a more engaging drive than the standard car (or even the Toyota Vios') CVT-type automatic.

However we should also add that City Hybrid's engine can sound rather rough whenever it kicks in while driving to recharge the depleted hybrid battery.

But to get the most features, performance aside, it is best to stick to the regular petrol. The 1.5V variant is the pick of the range.

The City Hybrid is a regular full-hybrid. It does not require external charging and it is a mature technology, now in its third generation. It is not uncommon for Japanese hybrids to exceed 200,000 km of service life with no change to the hybrid components.

Having said that, reliability is very dependent on driving style and maintenance habits. Hybrids draw cool air-conditioned air from the cabin to cool the battery hence one should avoid driving with the windows down, without air-conditioning. You might be comfortable, but the battery might not be operating optimally.

The lithium-ion hybrid battery is covered by an 8-year/unlimited mileage warranty but if you have to know, the replacement cost is slightly over RM5,500 - less than the price of the latest iPhone and like all things electronics, prices come down over time.

Honda's dual-clutch automatic have also been specifically adapted to our local climate.

There's also no significant difference in maintenance cost between a regular petrol and petrol-electric hybrid variant. 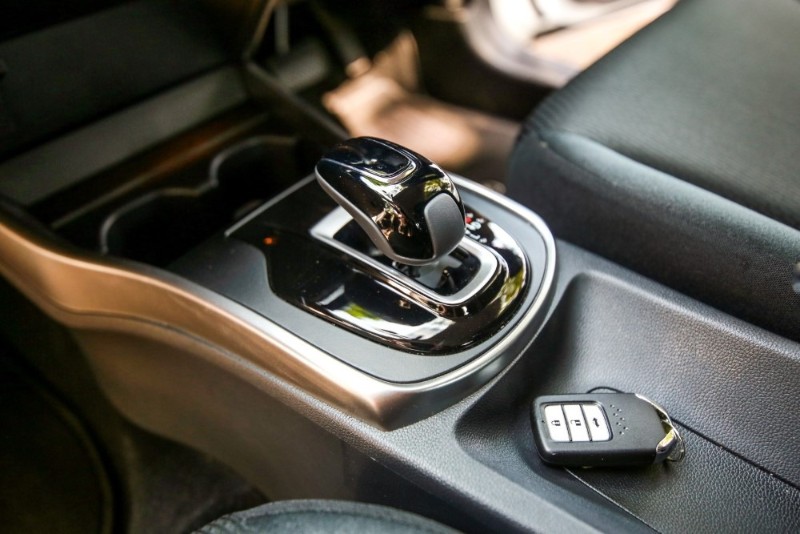 Why is the power output different from the HR-V Hybrid? 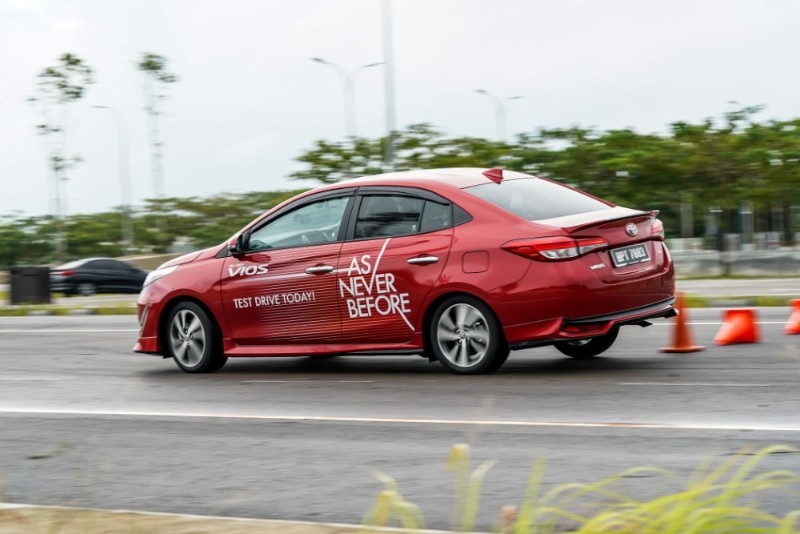 How does it compare to the Toyota Vios?

The Vios is slightly more expensive, starting from RM 77,200 (about RM 4,000 more) but you are getting more features for the same money.

The Vios offers a very high level of safety features, which is unusual for a local Toyota. On top of what's offered by the City, the Toyota offers seven airbags and anti-whiplash injury front seats as standard! Higher range models add blind spot monitor with rear-cross traffic alert, 360-degree parking camera, as well as built-in dash camera and auto-dimming rear view mirrors. It's the most feature packed sedan in its class.

The Vios handles better too, even if it lacks power when compared to the City. On the move, the Vios is also quieter than the City, with suspension that offers a more comfortable ride. The City is also quiet and comfortable enough, but the Vios has raised the bar. 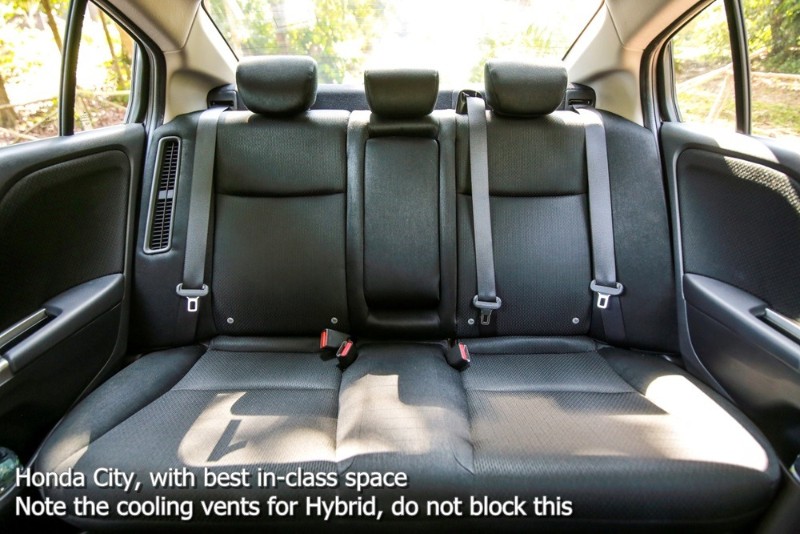 The downside? The Vios is not as spacious (despite having a wider body) and lacks certain comfort features like rear air-conditioning vents - crucial in our climate for families going on long journeys. Compared to the City, the Vios also feels a bit low on power.

In contrast, the City drives better than expected. It's agile and responsive, and once you've learned to work with the unusually light and uncommunicative steering wheel, it actually handles twisty roads quite well, although not as well as the Vios. 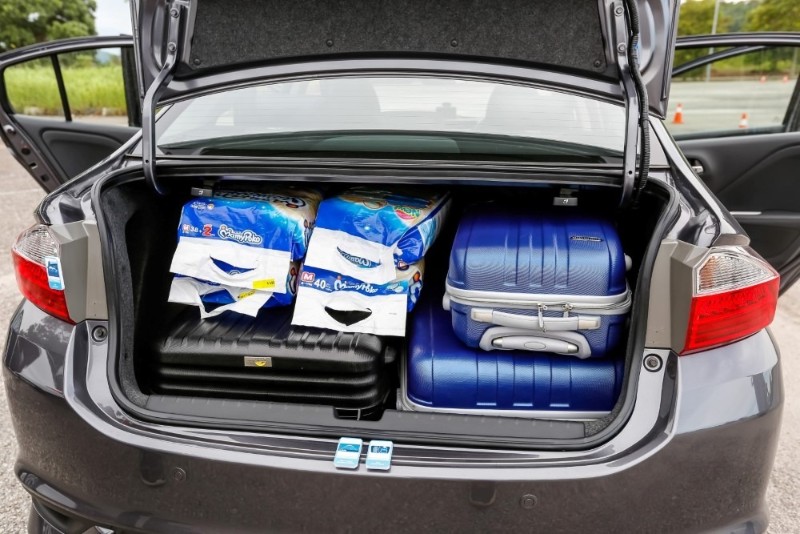 The City's 536-litre boot space is bigger than even some sedans from two classes higher. It also wider shoulder room and longer leg room.

Which should I buy?

Both the Vios and the City are equally as good, each having their equal share of strengths/weaknesses. There is no one clear choice to recommend and choosing one over the other is a question of your own priorities and subjective taste. 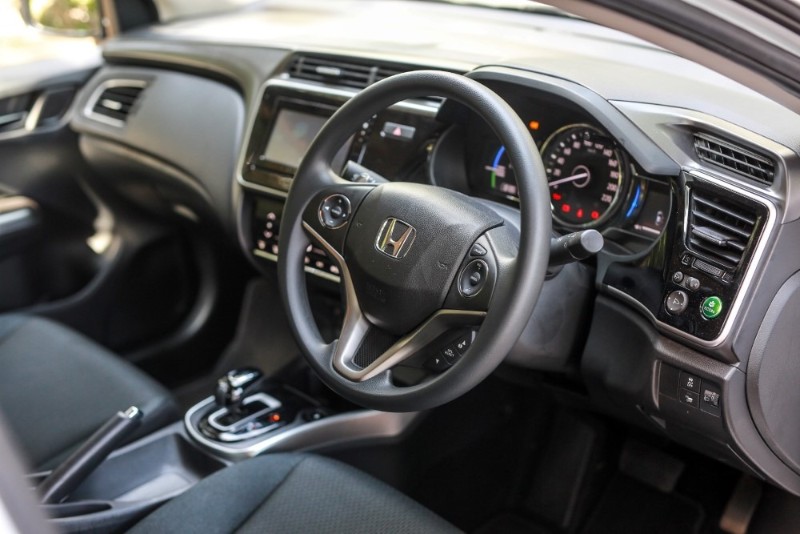 We should also add that between Toyota and Honda, it is the former that offers better after-sales services. Toyota's products might have been either a hit or a miss and lacks the market leading consistency of nearly all Honda products, but Toyota has never dropped the ball when it comes to after-sales. It's processes and efficiency is still the industry's benchmark.

Below is a breakdown of the pros and cons of both the Toyota Vios and Honda City: 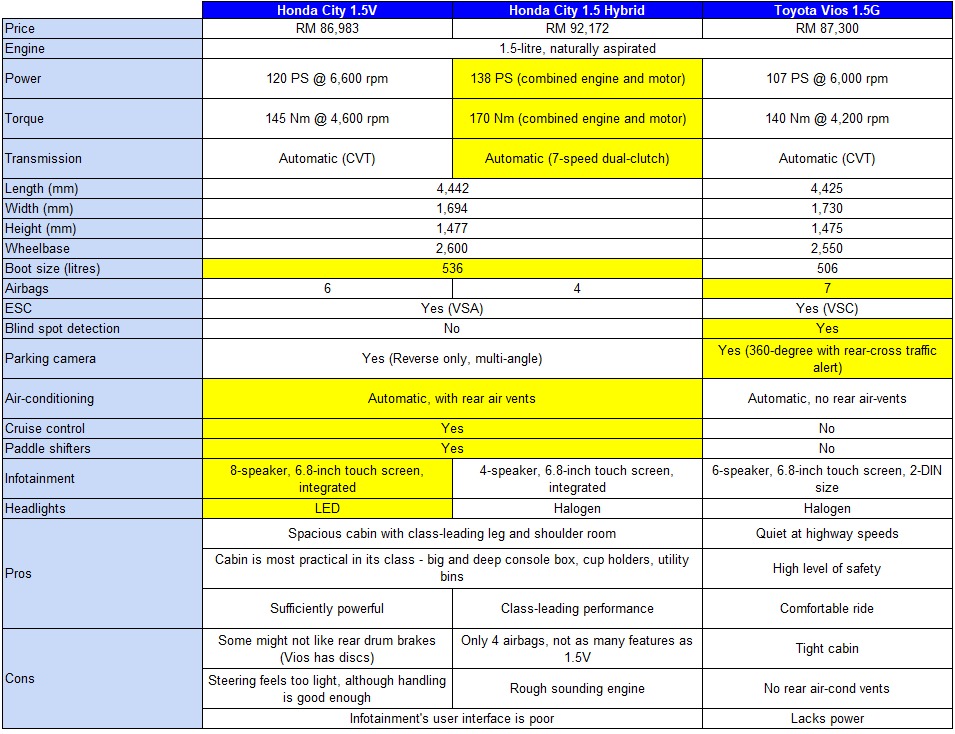