HomeNews1 of only 3 in Malaysia, we check out this tiny 1996 Mitsubishi Pajero Mini!

1 of only 3 in Malaysia, we check out this tiny 1996 Mitsubishi Pajero Mini! 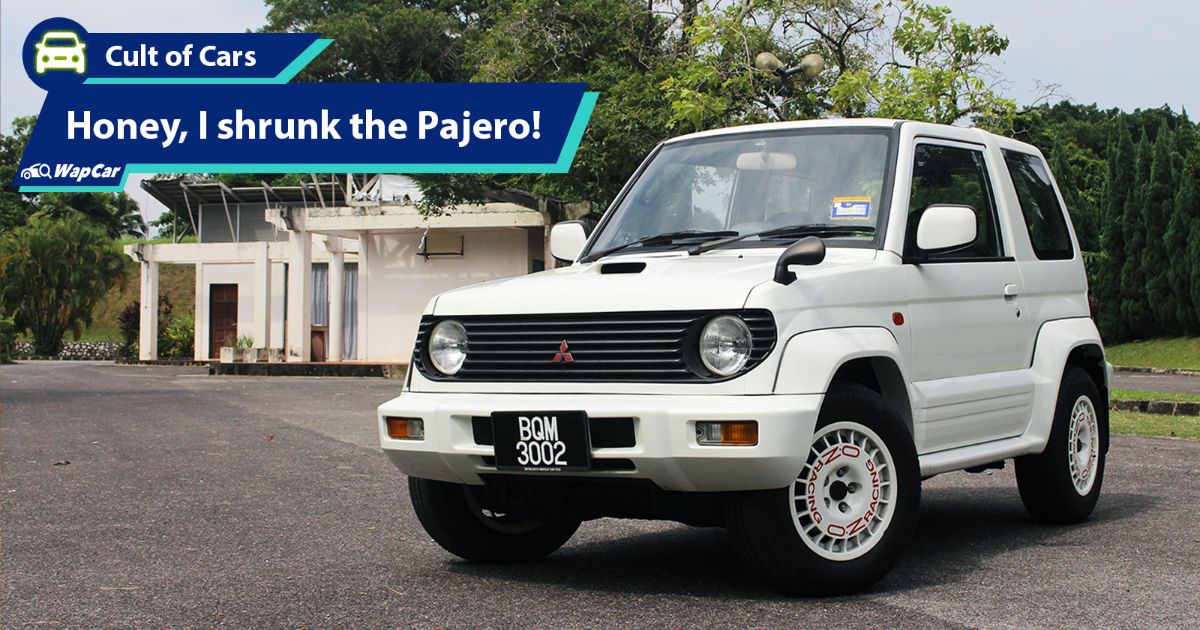 Imagine kei cars today and you might think of minibars on four wheels like the Honda N-Box, Daihatsu Wake, or Suzuki Spacia Custom. While those exhibit the little tikes’ practicality to fit all kinds of goodies and manoeuvrability through the tight roads of Tokyo, modern kei cars don’t exhibit the same variety as 25 years ago or so. 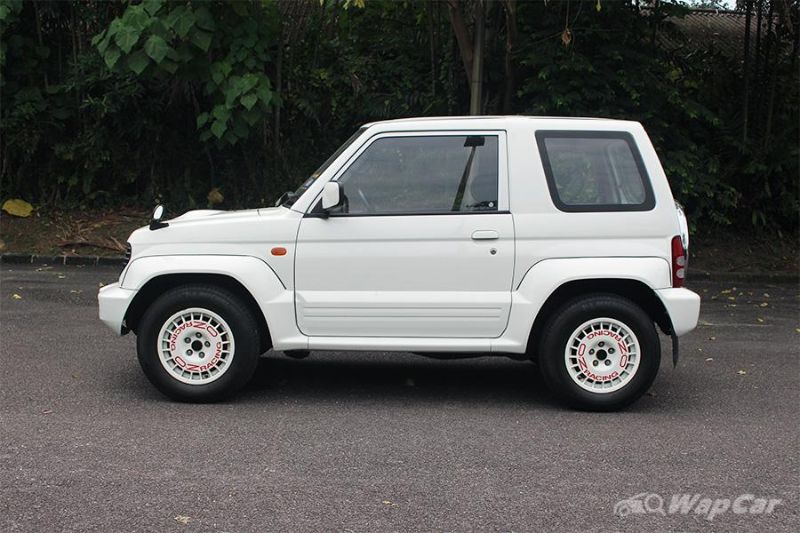 Kei cars back then weren’t just confined to the little boxes on wheels but rather offered in various shapes from turbocharged hot hatches to sports cars to SUVs. You might think the Suzuki Jimny is the only one to offer mini off-roaders but there was one rival which ate into the Jimny’s sales once upon a time and it bore the familiar Pajero name. 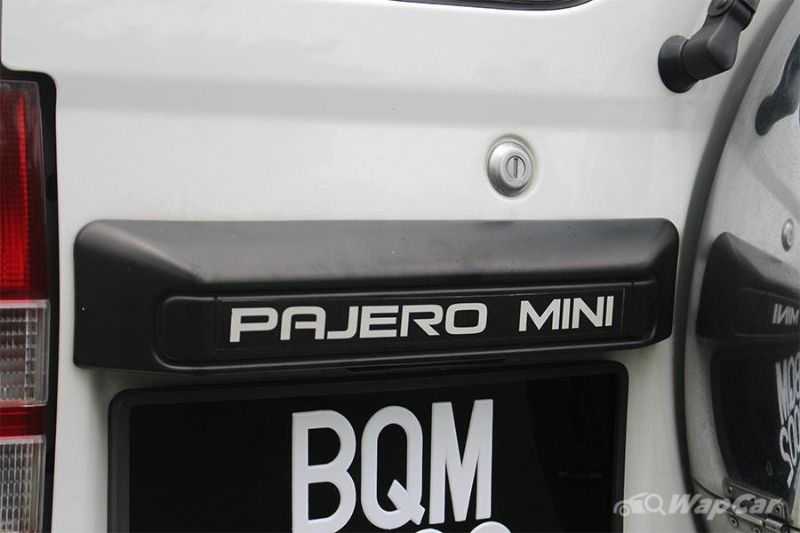 For nearly 20 years, the Mitsubishi Pajero Mini was the only other rival to the Suzuki Jimny. Older Malaysians might know about the Pajero and the aptly mini-fied version was one of at least 4 Pajero sub-models offered during the brand’s heyday. 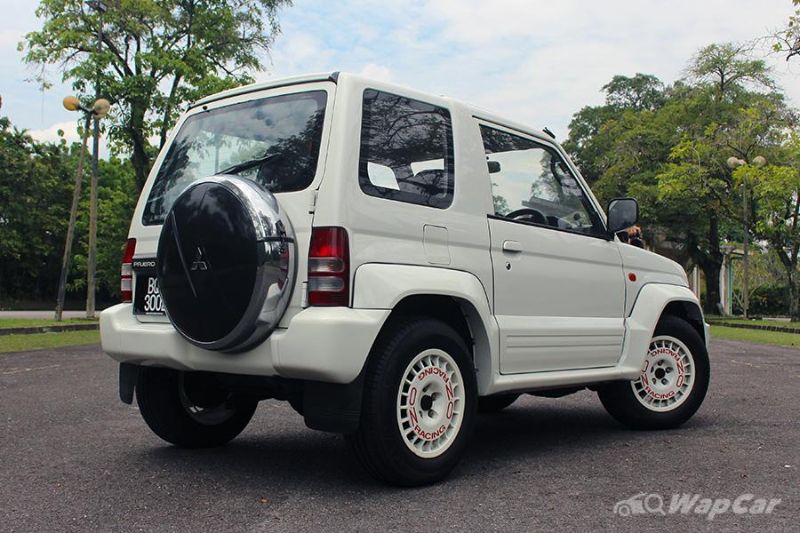 So how did the Pajero Mini came to be and what is it like to experience one of the rarest and smallest Pajeros offered in Malaysia? 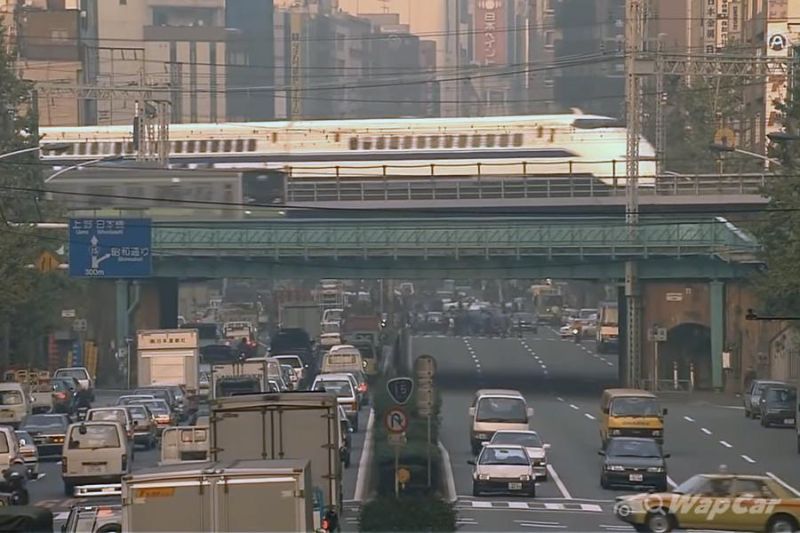 From the 1980s to the mid-1990s, Japan experienced what is known as the Bubble Era which was a period that saw the Eastern nation grow into one of the richest nations on the planet. This can be seen especially in the cars introduced during this period.

Models like the first Honda NSX, the A80 Toyota Supra, and the R32 Nissan Skyline GT-R almost immediately entered the legendary JDM hall of fame among fans. But beyond sports cars, Japanese carmakers at the time were also experimenting with more mainstream segments which included kei cars.

Also read: Quick Review: The Toyota Sera is a 30-year-old bubble car that is quite liveable in 2022

As mentioned near the beginning, this period saw the proliferation of kei cars beyond just the regular hatchbacks. The SUV market was still at its infancy in the early 1990s but the market was beginning to show some growth.

Recreational vehicles or RVs as the segment was known in Japan were gaining traction among buyers and many carmakers introduced placeholder models which saw hatchbacks and wagons fitted with plenty of body cladding to look like a 4x4.

Also read: When Japan stopped working half Saturdays, the Toyota RAV4 became No.1. Here’s why 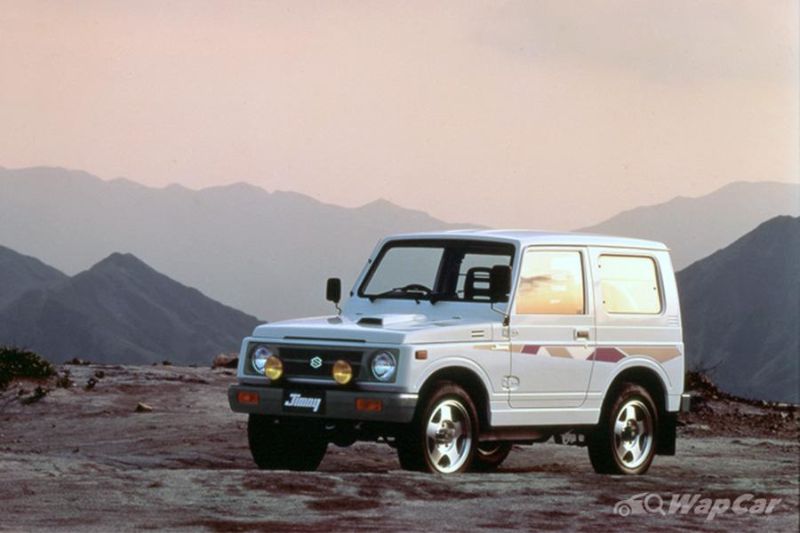 The popular kei car market was mostly devoid of SUVs with the Suzuki Jimny offered as the lone model of its kind. By the mid-1990s, the boxy but legendary SUV was showing its age and because it had no competition, Suzuki saw no need to have a replacement so soon. That is, until an unlikely rival showed up. 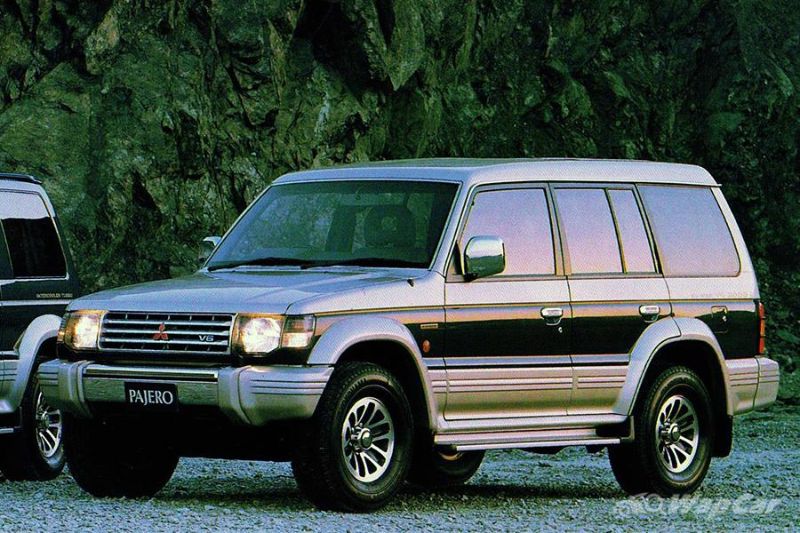 The Mitsubishi Pajero was one of the most legendary names in 4x4 and SUV as it was one of the first mainstream SUV models offered. In 1991, Mitsubishi would introduce the second-generation Pajero which solidified the brand as the SUV player to watch. 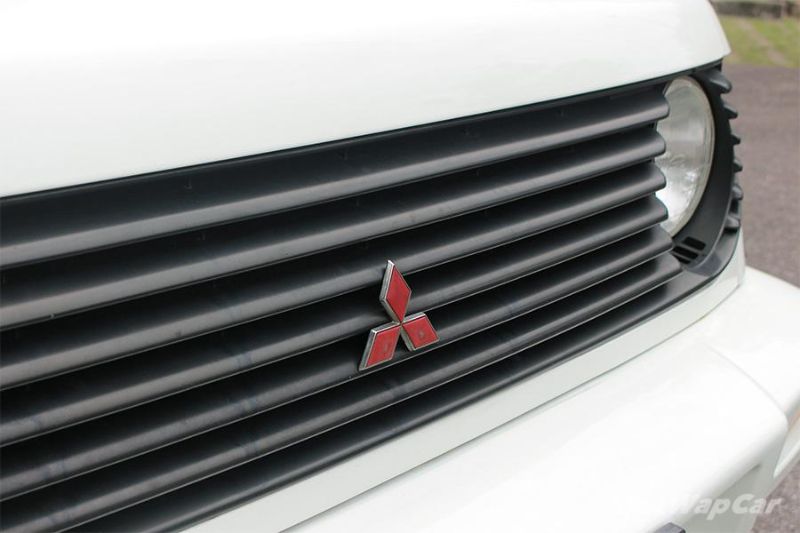 But having just the Pajero wasn’t enough for the Three Diamonds as executives figured that they should expand the line-up beyond just the standard bulky off-roader which commands a higher vehicle tax in Japan. 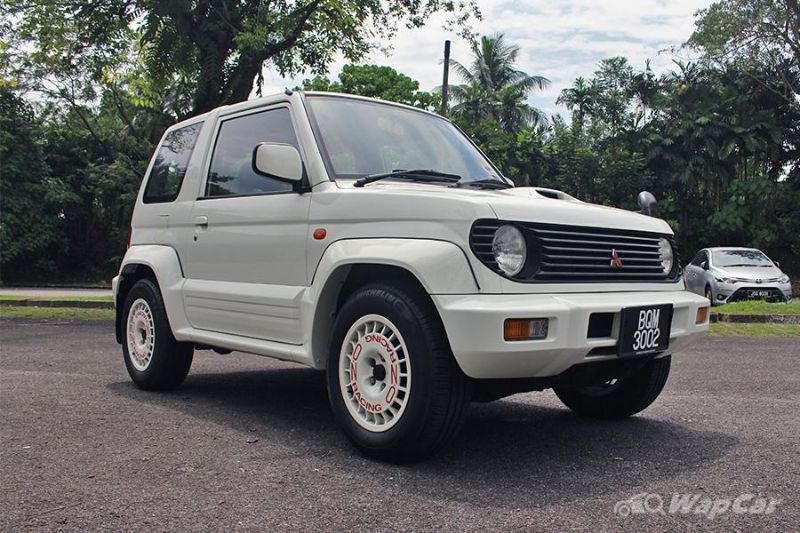 Hence, the development of a smaller, friendlier Pajero was conceived and in December 1994, the Pajero Mini rolled onto the scene. Four variants were introduced, the naturally-aspirated XR-I and XR-II as well as the turbocharged VR-I and VR-II with prices starting from JPY 988,000 (~RM 31k).

With a playful ad campaign featuring Tom and Jerry, the Pajero Mini would be a massive hit in Japan. Even without the cartoon cat and mouse, the Pajero Mini was already a winner in overall design as compared to the Suzuki Jimny. 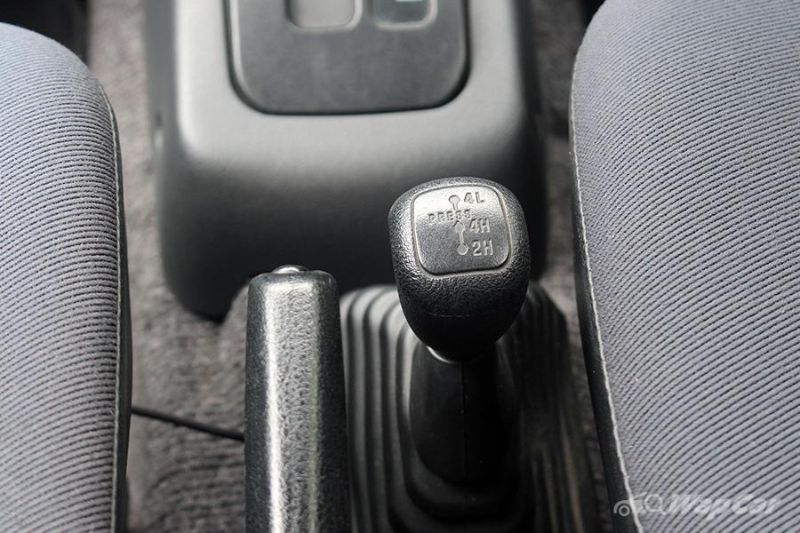 While the Jimny is built on a ladder-frame chassis, the Pajero Mini was built on a monocoque chassis that was also used on the Minica, Mitsubishi’s kei car model. This meant that the two-wheel-drive models are front-wheel-drive but most buyers opted for the 4WD version.

The Pajero Mini’s success would eventually spawn at least 2 more unique Pajero variants including the slightly bigger Pajero Jr. and the Pajero io which was sold here officially in Malaysia in the late 1990s. 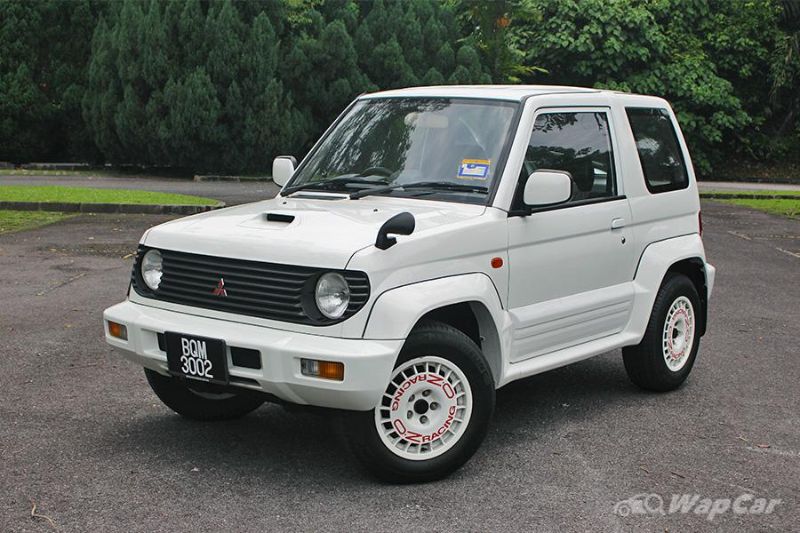 Being a kei car, the Pajero Mini would not make sense outside Japan and just like many vehicles of its ilk, the only way one could get one here is by importing it. This white 1996 Pajero Mini VR-II is owned by Nadine and is one of 3 in the entire country, to the knowledge of its owner. 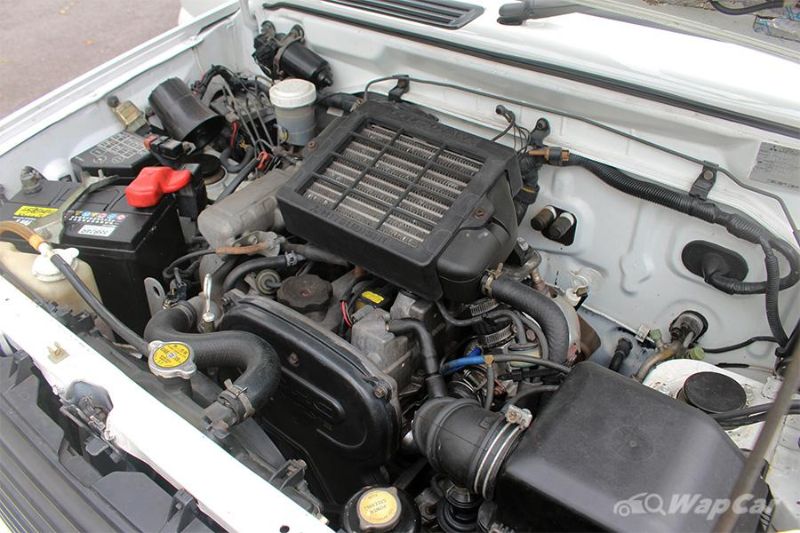 As denoted by the VR badge, this is the turbocharged variant with the tiny twin-scrolled turbocharger bolted on to an equally tiny 660-cc 4A30T 4-cylinder DOHC engine. A unique fun fact is that the engine used is a 20-valve unit that is also shared with the Minica Dangan ZZ-4.

Also read: Hot like wasabi – The Kei hot hatches of the Bubble Era 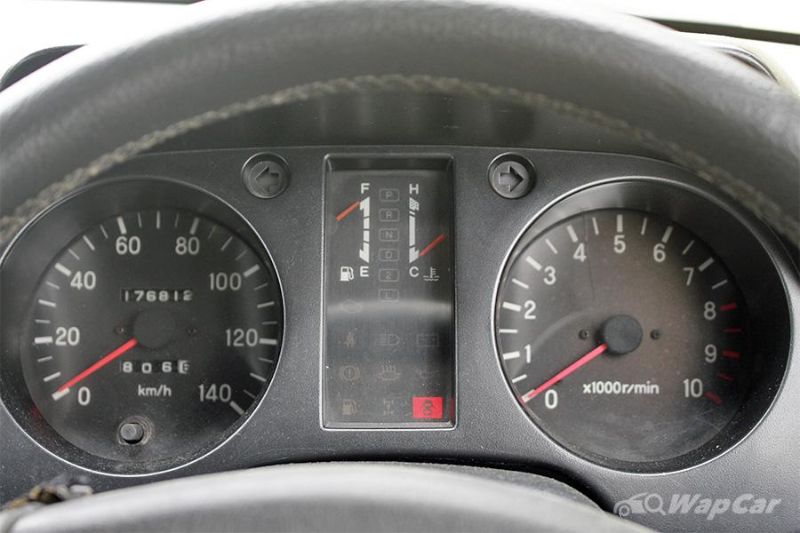 The 5-valve per cylinder unit only makes 64 PS and 97 Nm to comply with Japan’s kei vehicle regulations but its tachometer redlines all the way up to 8,000 rpm! That’s possible thanks to the high-revving turbocharger. 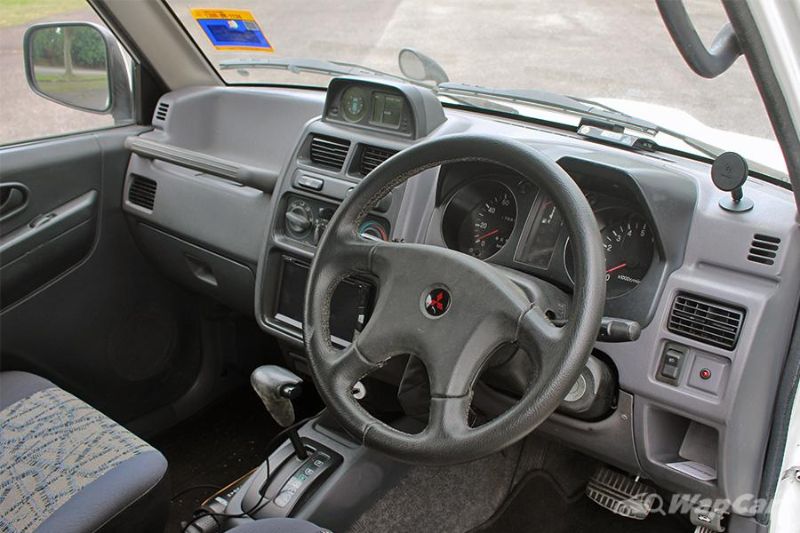 Driving the Pajero Mini around for a bit, we find the small off-roader screams the moment you put the foot down but while its turbo makes a lot of noise, it isn’t exactly blistering quick. The tiny engine of this Pajero Mini is mated to a 3-speed automatic and if you’re weirded out by that small number of gears, you clearly can’t appreciate its charms. 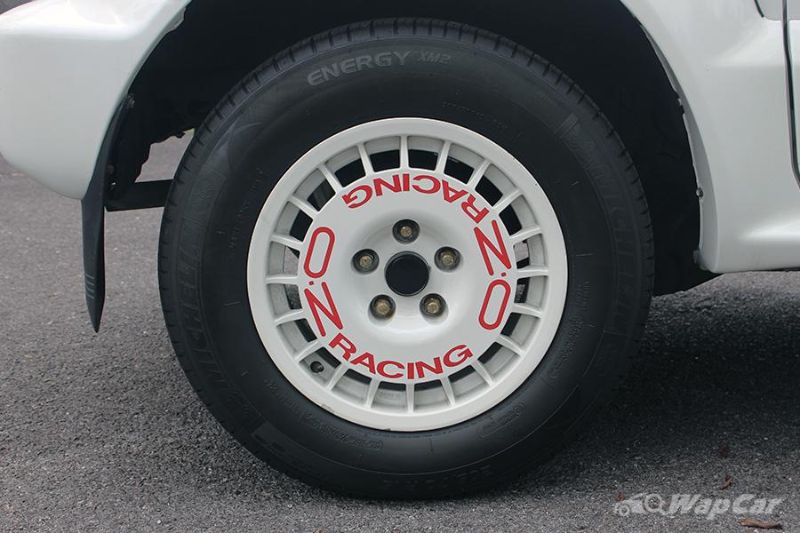 Speaking of, it has plenty of charm and we grew smitten the moment Nadine rolled up for our shoot. The white 15-inch O.Z. Rally Racing wheels completely matched the white paint and it is reminiscent of the legendary Pajero Evolution or some rally-raiding Pajero. 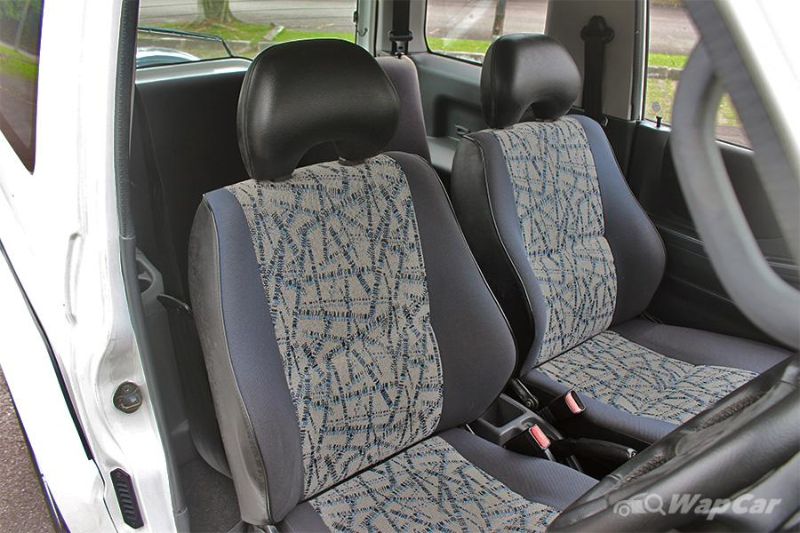 The inside also displayed some charms of owning a little kei vehicle, whether they resemble a fridge or a shrunken SUV. Visibility in the Pajero Mini is great and it certainly reminds us of the Jimny that we reviewed a few months ago.

Also read: Review: To really appreciate the quirky Suzuki Jimny, you need to switch off your brain

Being a small car helps with moving around tight spaces and you might rarely do a three-point turn with such a small turning radius. While the front seems liveable, the rear is awfully cramped unless you’re of small stature. 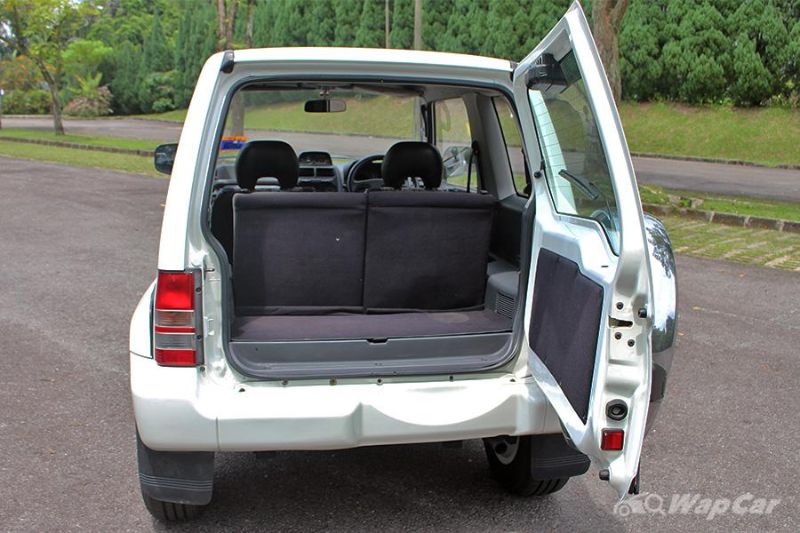 Yet, with the seats folded down, you have enough room to even put a two-door fridge or a medium-sized cabinet. Even with the rear seats up, it has surprisingly more space than the all-new Jimny we tested before while having extra storage space. 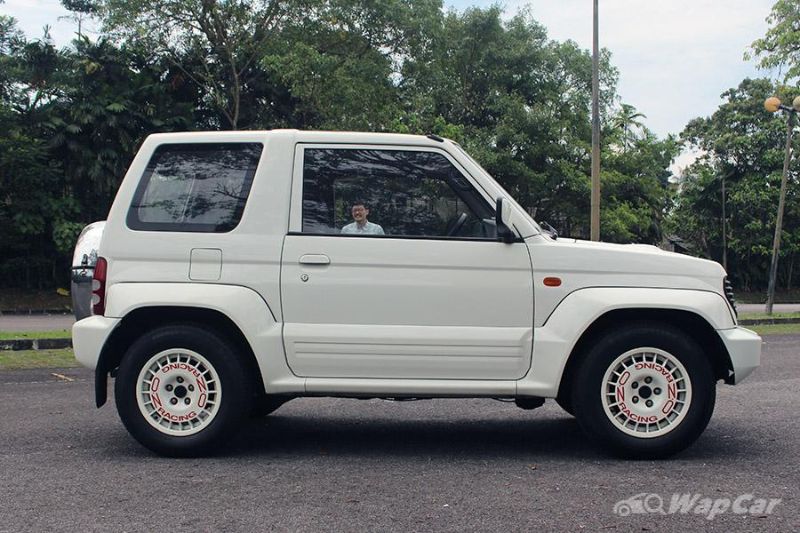 The Mitsubishi Pajero Mini is a surreal SUV to be in but it is befitting of bearing the legendary name of its bigger sibling. Sometimes smaller is actually better and though the Pajero Mini is slow, it's charming enough like many kei cars.

It would continue for two generations all the way until 2012 but by that time, Mitsubishi wasn’t quite the same, at least according to diehard fans. 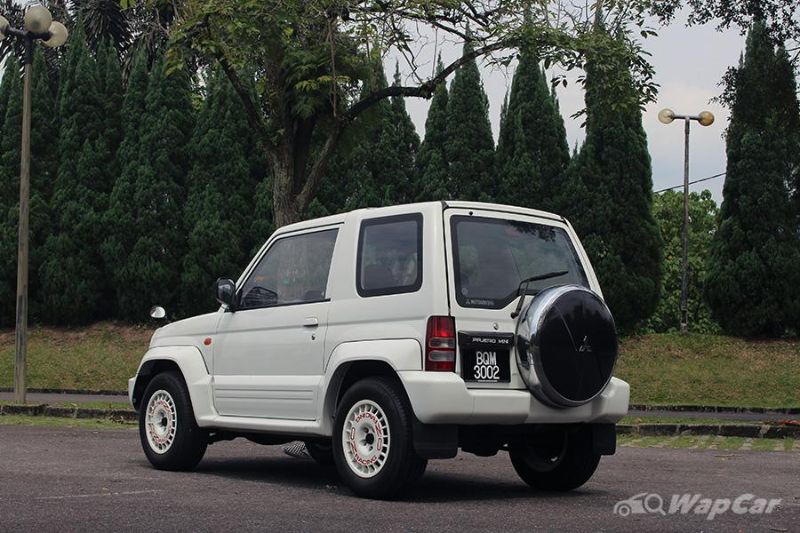 Meanwhile, the Suzuki Jimny kept chugging on, leading to the overwhelmingly popular fourth generation. There are rumours to revive the Pajero Mini seeing how popular the Jimny is all over the world and with SUVs dominating, maybe it's the right time to bring back another smol SUV into the market.

Also read: Watch out Jimny as Mitsubishi plans for Pajero Mini revival for 2024