HomeNews10 reasons why the Toyota FJ Cruiser is the bomb

10 reasons why the Toyota FJ Cruiser is the bomb 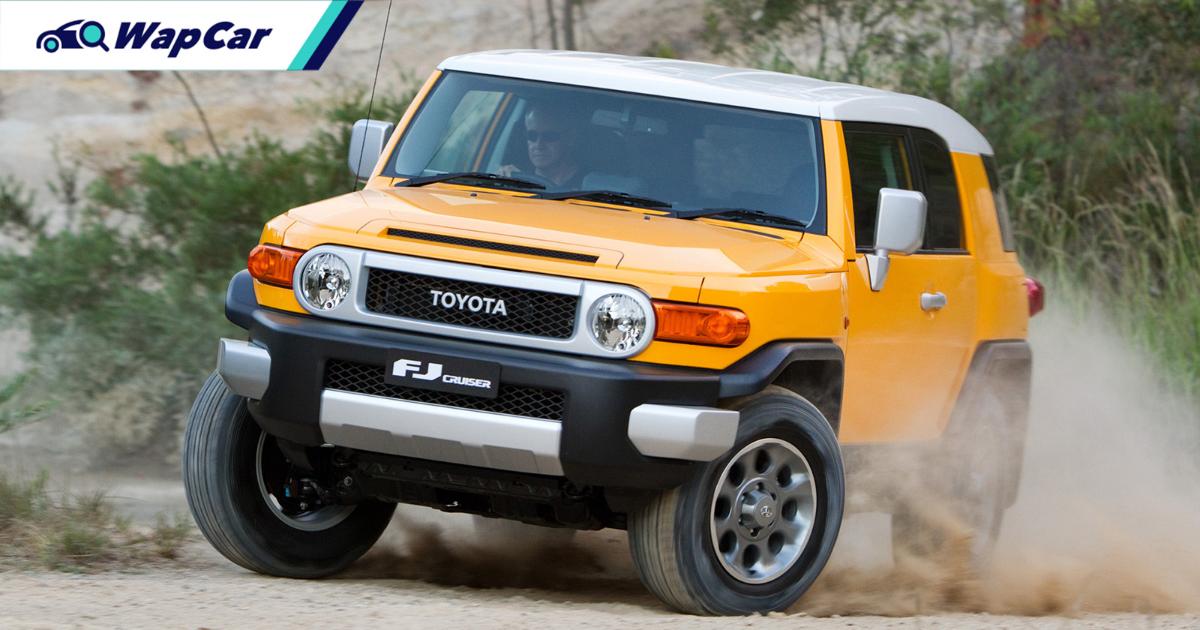 The Toyota FJ Cruiser is honestly the least Toyota-looking model of the past decade. Many Malaysians would recognise the chunky, retro-looking Toyota off-roader with many owners putting a Hummer-like grille on their FJ Cruisers.

It’s a highly coveted Toyota model even if it was never sold officially in Malaysia. So, what makes the FJ Cruiser a legendary off-roader? We have ten reasons why it’s so well-loved among Toyota fans, especially those in the off-roading community.

1. The FJ Cruiser wasn’t supposed to be made 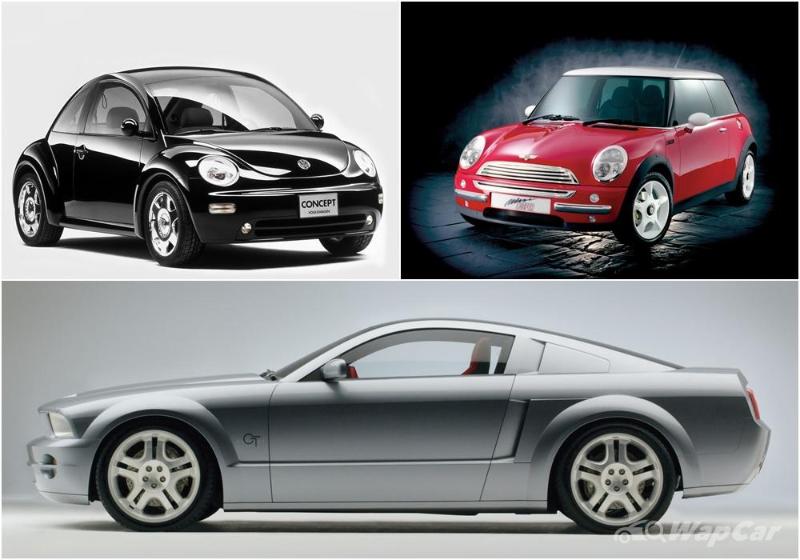 In the 2000s, the automotive world was in some retro-infused design boom. Brands like Volkswagen, MINI, and Ford introduced some retro-inspired concepts that formed the production basis of the Beetle, MINI Cooper, and the Mustang respectively. 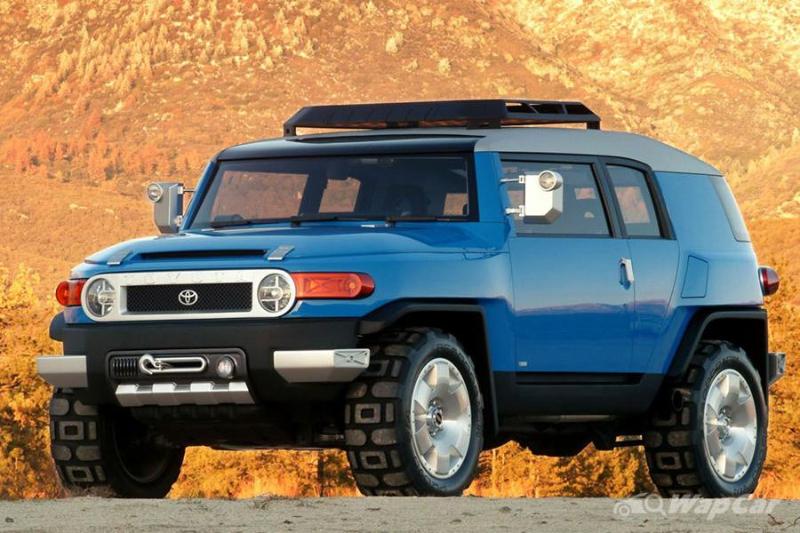 Not wanting to be left out and also to inject a bit of youthfulness into the brand, Toyota unveiled the FJ Cruiser Concept at the 2003 North American International Auto Show in Detroit. The looks were clearly inspired by the legendary FJ Series Land Cruiser and this retro timing was just right. 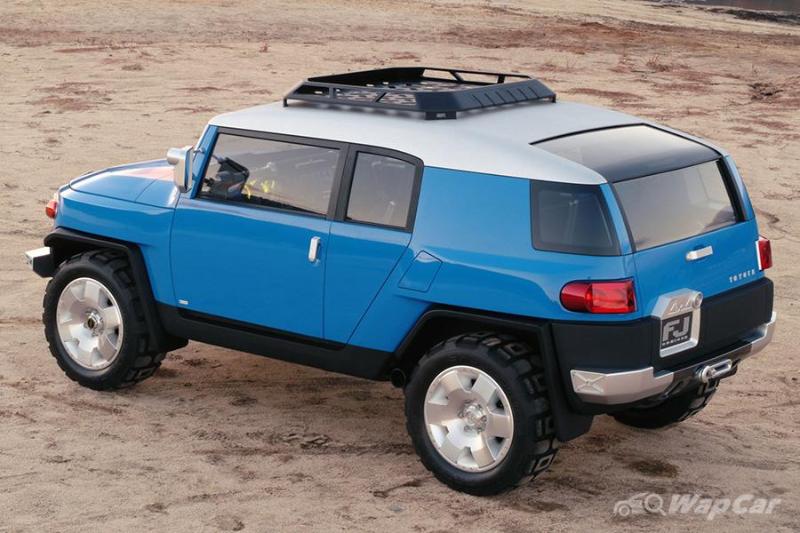 The concept’s story was supposed to end just there but after seeing the overwhelmingly positive response from the public, Toyota decided to put the concept into production.

2. It had a cringey codename 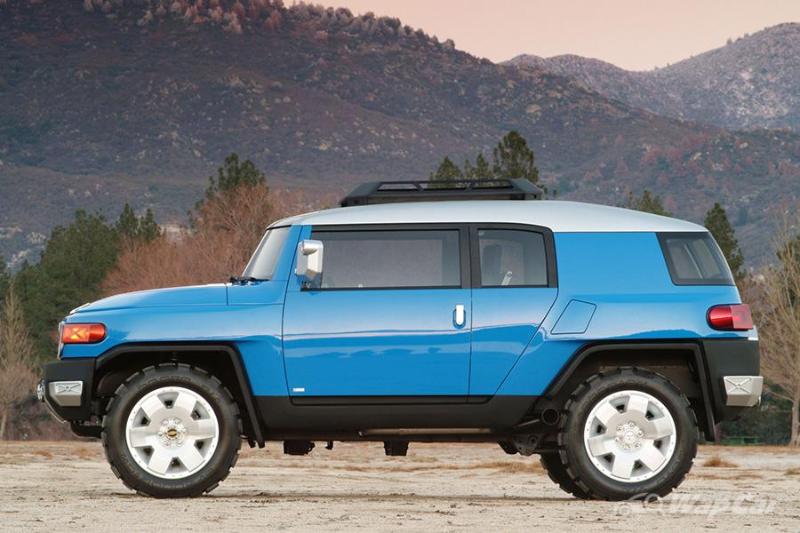 Remember that youthful injection Toyota needed? Though this wasn’t a WiLL, Toyota did intend to develop an off-road vehicle that would attract young male buyers.

This off-road vehicle would be known internally as the Rugged Youth Utility (RYU) and in actuality, the FJ Cruiser concept wasn’t the first to be given this internal designation. Two years earlier, Toyota unveiled the Rugged Sports Coupe (RSC) at the Chicago Auto Show but that was too extreme to enter production.

3. It is manufactured in a truck factory

Avid truck fans would recognise a Hino truck and its iconic winged or curved H emblem. In the sixties, it also built cars including the beautiful and rare Contessa.

However, Hino’s car production ended in 1967 after joining the Toyota group. Since then, it only built trucks and buses, until a little over 40 years later in 2006.

Though the production FJ Cruiser shares a similar albeit slightly longer platform as the Land Cruiser Prado, it is built at Hino’s plant in Hamura, Japan. Meanwhile, the Prado is assembled at Toyota’s plant in Aichi.

4. The FJ Cruiser is built to conquer the off-road 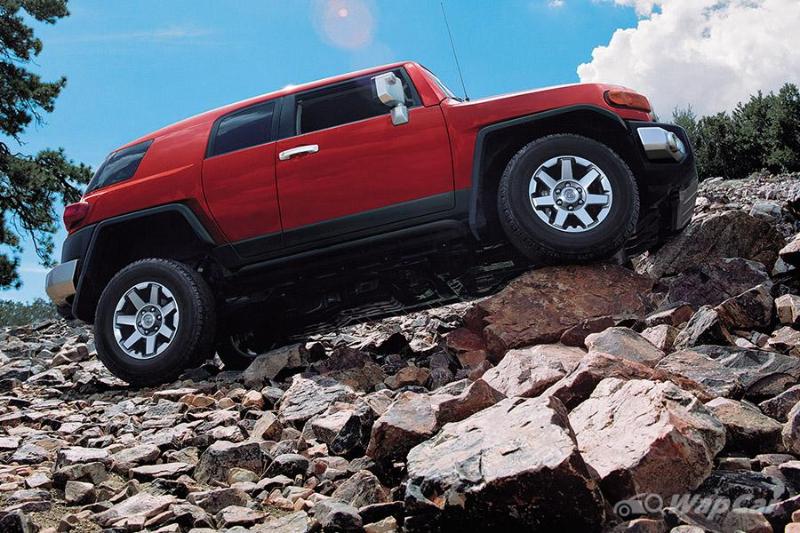 As the Land Cruiser had grown to become more luxury-oriented, the FJ Cruiser was considered by many to be the true spiritual successor to the original Land Cruiser. 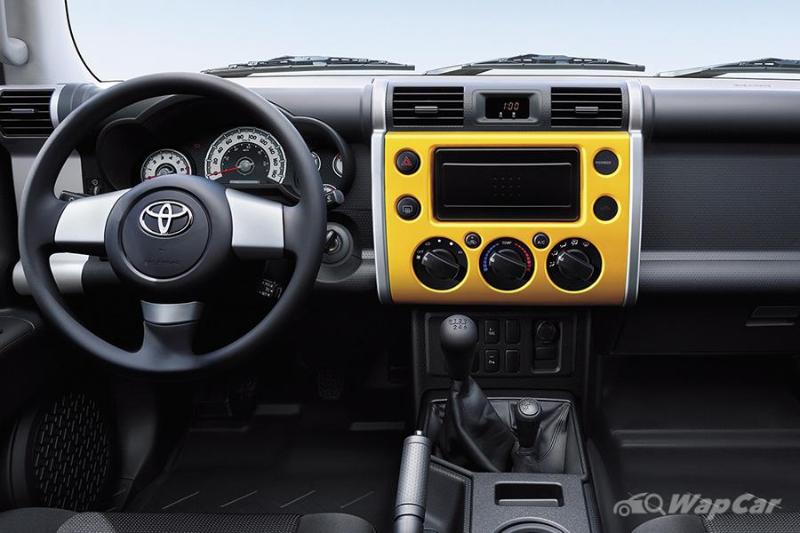 It might have a retro design but underneath, it is anything but. The FJ Cruiser comes with an active traction control system, a low-range transfer case, an electronic-locking rear differential, and a high crawl ratio with a 6-speed manual transmission. 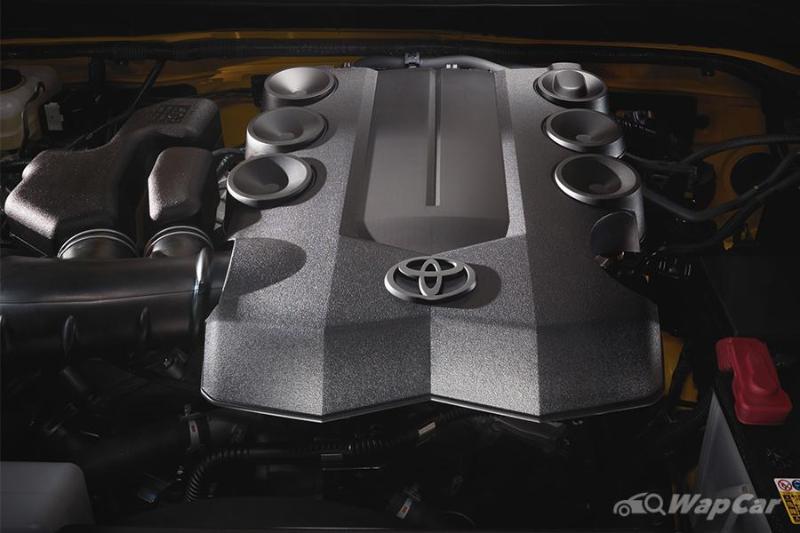 Still, most units offered in Malaysia were paired with a 5-speed automatic. Both transmissions were paired to a 4.0-litre 1GR-FE V6 petrol engine that produced up to 260 PS and 367 Nm.

5. The simple interior is easy-to-clean 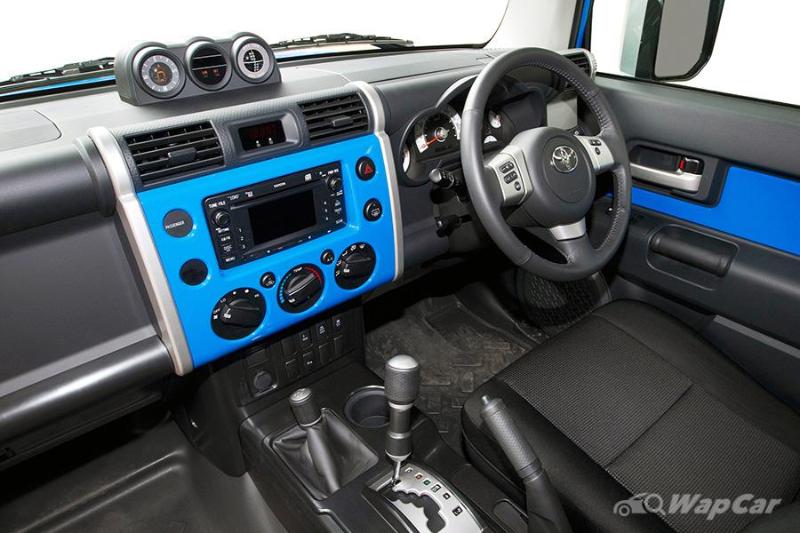 Though the FJ Cruiser looks unique on the outside, the inside is a little bit plain but it is durable. That was Toyota’s intent since what’s the point of building a capable off-roader when the interior can’t withstand the elements? 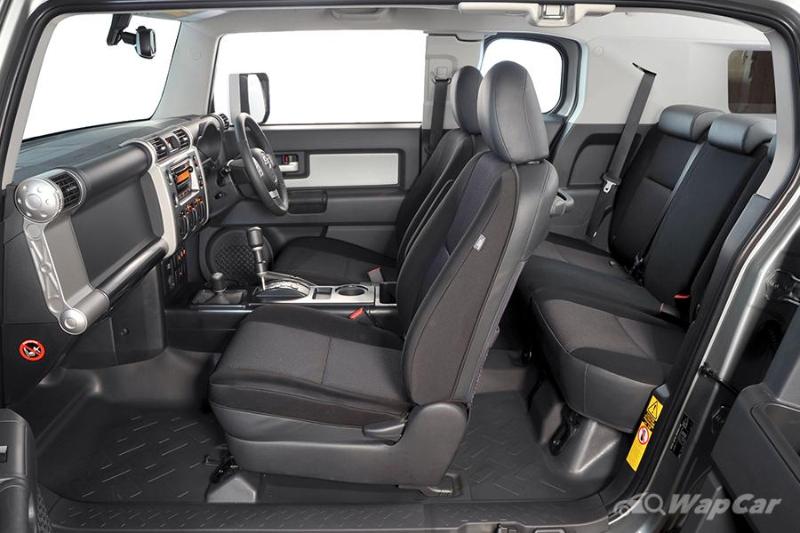 Some of the features of the interior included ventilated, water-repellent seats which are upholstered with a special breathable fabric. Not only are these seats easy to wipe down but liquids are also prevented from penetrating the stitched seams by a sealant. 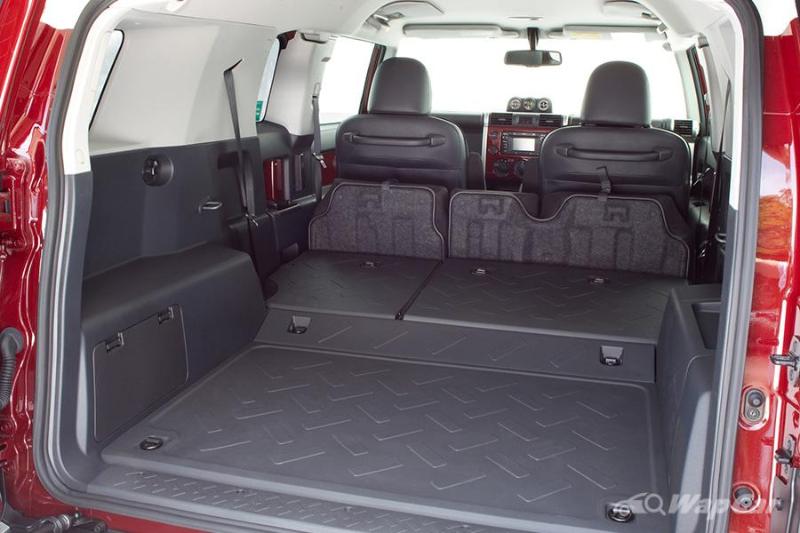 As for the floor and the boot lining of the FJ Cruiser, they are covered with grey, rubber-like materials so they can be easily hosed down.

6. Its party piece is also a bit of a design flaw 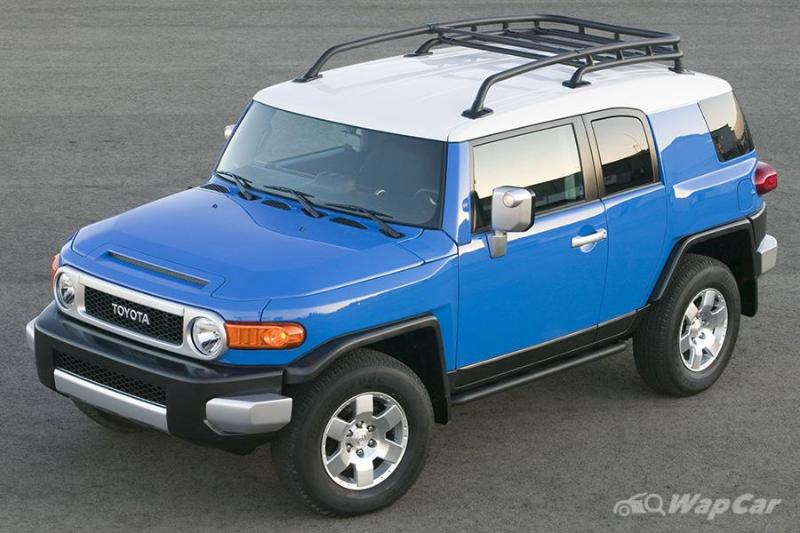 No, I’m not talking about the double suicide doors though we will get to them later. It’s up front where the FJ Cruiser shows one of its most interesting features: three windshield wipers. 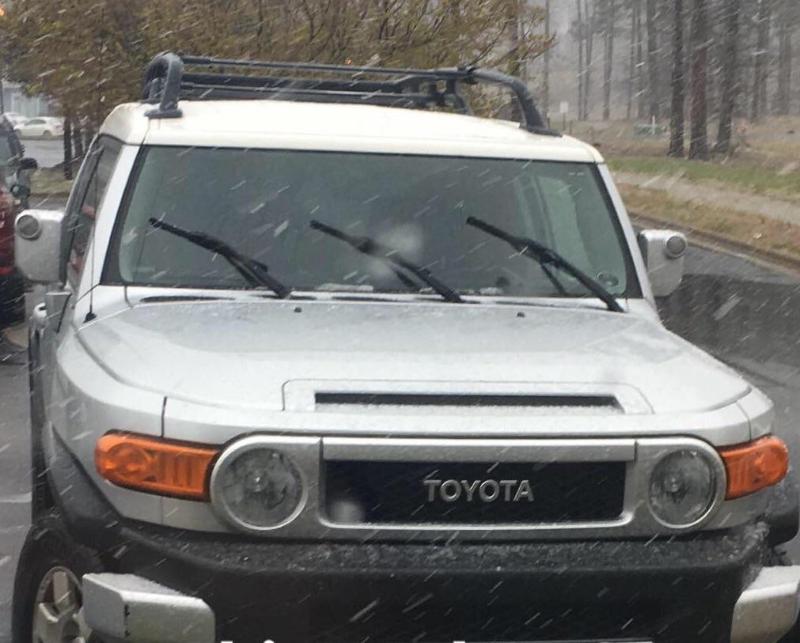 The reason for the triplet wiper set-up is of course, for off-roading purposes. The three wiper arms cover almost the entirety of the near-vertical front screen, so you can still see the pathway clearly no matter the terrain. 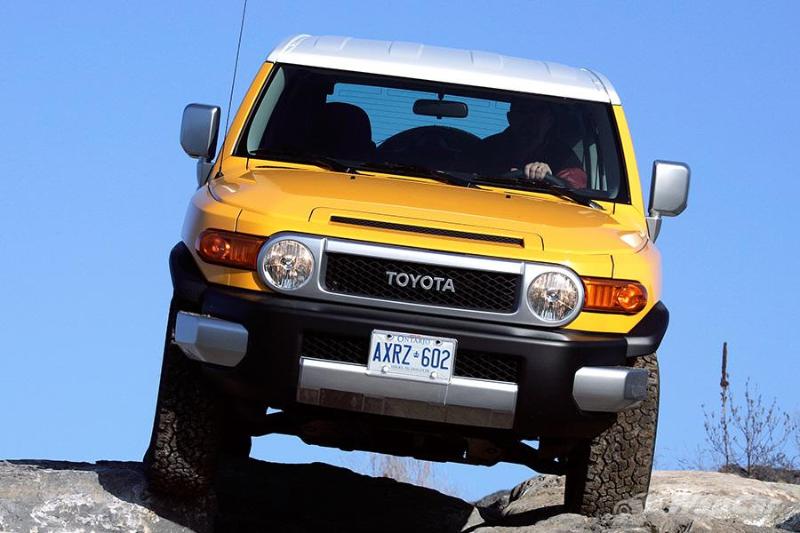 As cool and beneficial as those are though, the windshield itself is prone to cracks thanks to that near upright position. As a result, quite a number of repairs brunt by the owners were to replace the windshield.

7. We can finally talk about the doors… 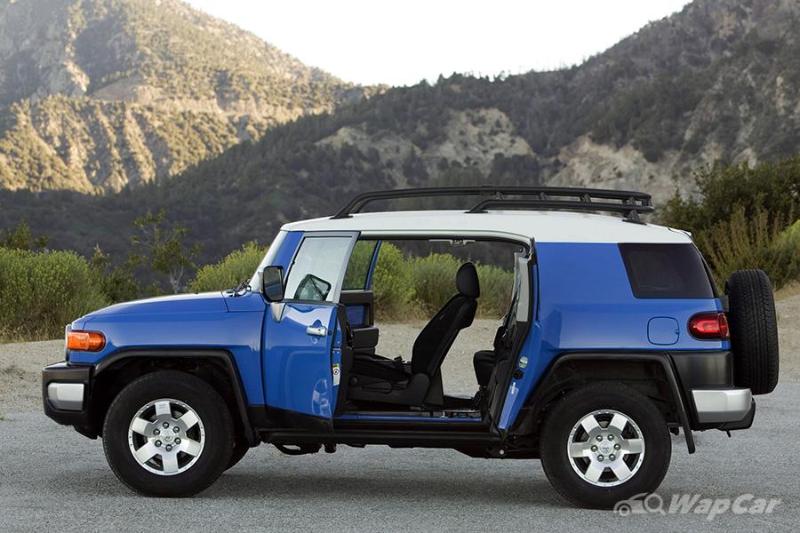 And they’re perfect for the retro-cool design of the FJ Cruiser. It’s actually amazing that Toyota kept the design of the production FJ Cruiser largely similar to the concept. 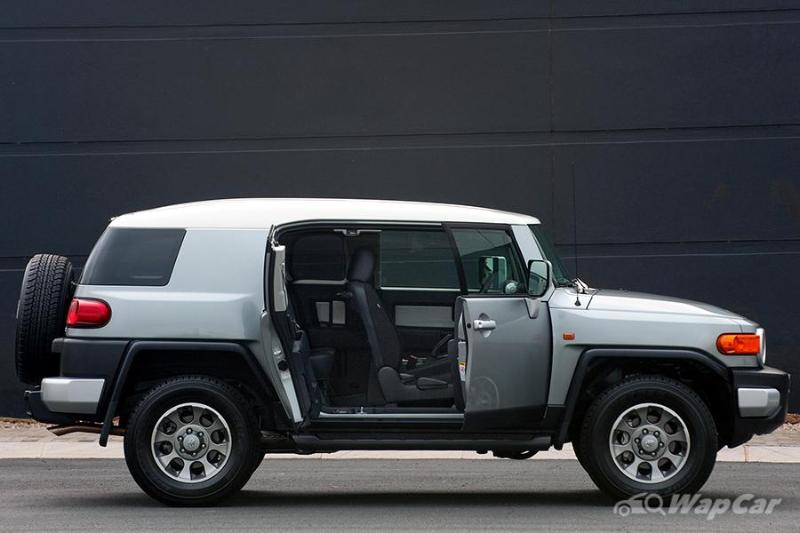 This of course included the distinct doors which open rearward for access to the back seats. Unlike the first-gen MINI Clubman or the Hyundai Veloster, these suicide doors are available on both sides.

The doors open at a 90-degree angle, which is great in an open space but not very much in tight parking spaces.

8. It comes in a variety of colours 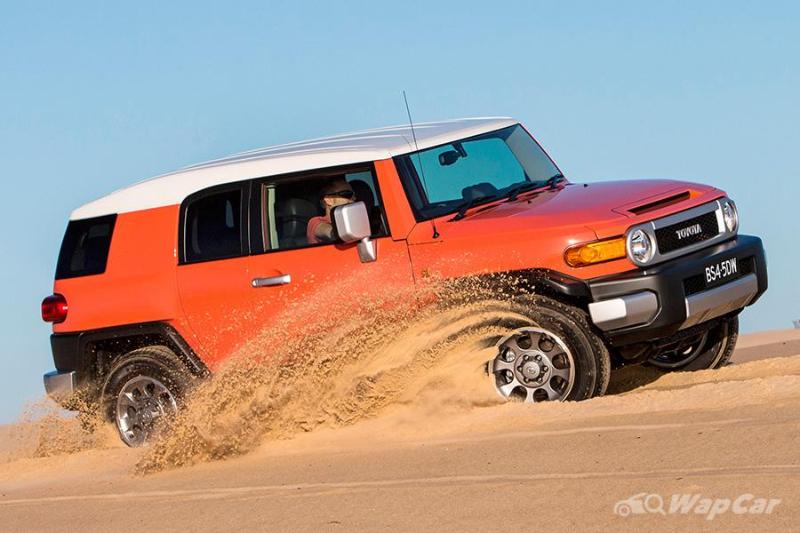 Unlike most cars right now, you can opt from a variety of colours for the FJ Cruiser. As a matter of fact, the FJ Cruiser is certainly a fun off-roader with those bright and unique colours. 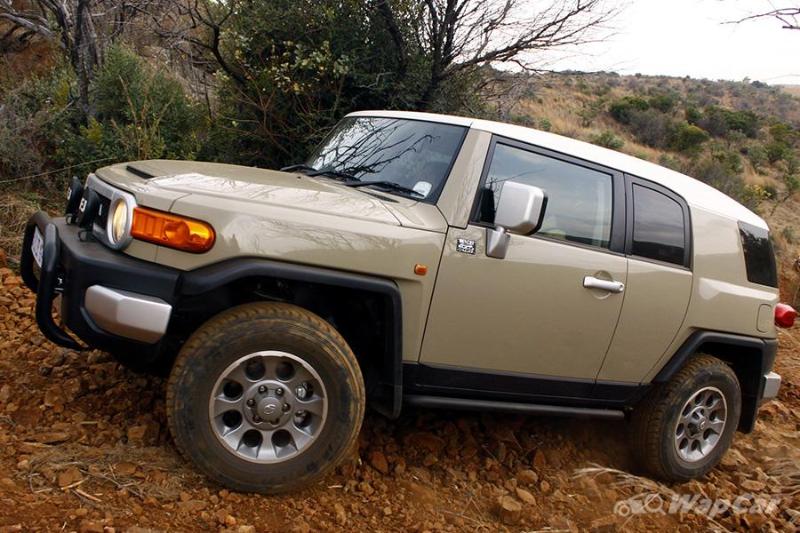 Ever since the FJ Cruiser debuted in concept form, it might be sacrilegious to not give the FJ a bright paintjob or at least an interesting wrap. Among the popular colours offered included Voodoo Blue, Sun Fusion (yellow), Army Green, Cement Grey, and Sandstorm (beige). 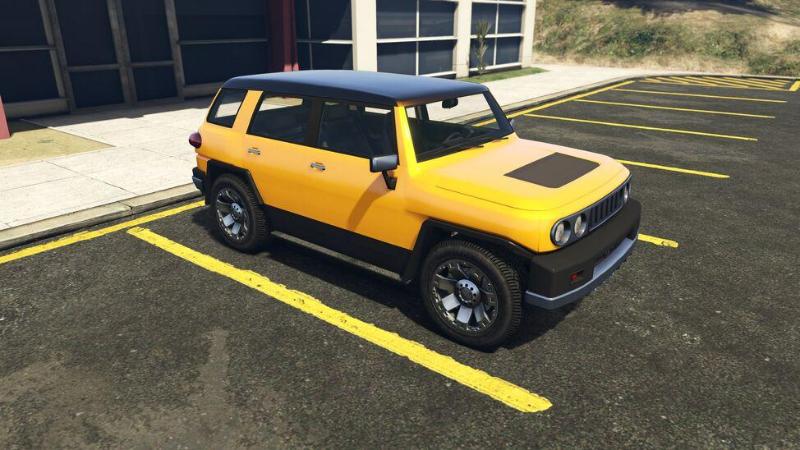 Just like the Honda CR-X that is depicted in Grand Theft Auto as the Blista Compact, the FJ Cruiser is depicted in the long-running game series as the Karin BeeJay XL.

Also read: 15 reasons why the Honda CR-X is one of the best cars ever made 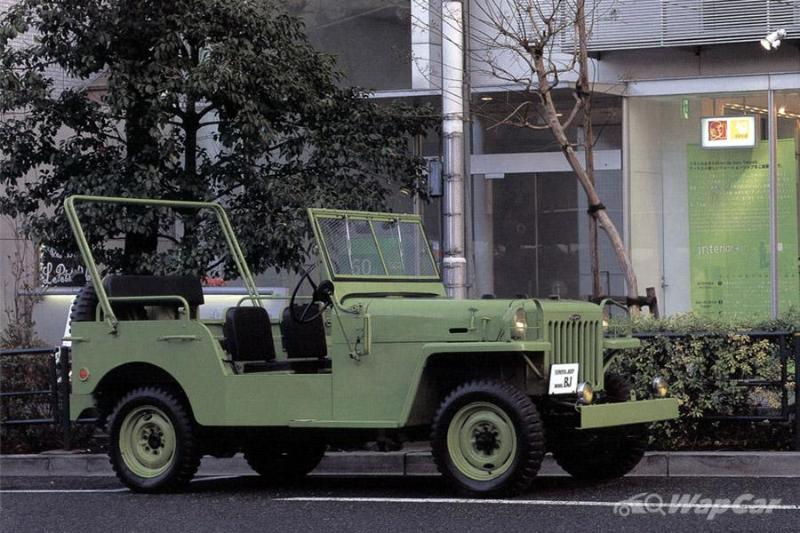 Even though that name was nothing short of tongue-in-cheek humour by the game’s developers, there is a little bit of real history behind that name. The first-ever Land Cruiser developed was codenamed BJ and it was used by the American military during the Korean War.

That eventually evolved into the FJ-series Land Cruiser.

10. It’s still available in some markets

Though it is no longer available in Japan since 2018 with the Final Edition, production of the FJ Cruiser isn’t really over. The FJ Cruiser is still sold in the Middle East and South Africa and it is still being produced at the Hino plant.

While the design remains unchanged through its 15 years lifespan, some upgrades have been added to it, including Android Auto and Apple CarPlay support. 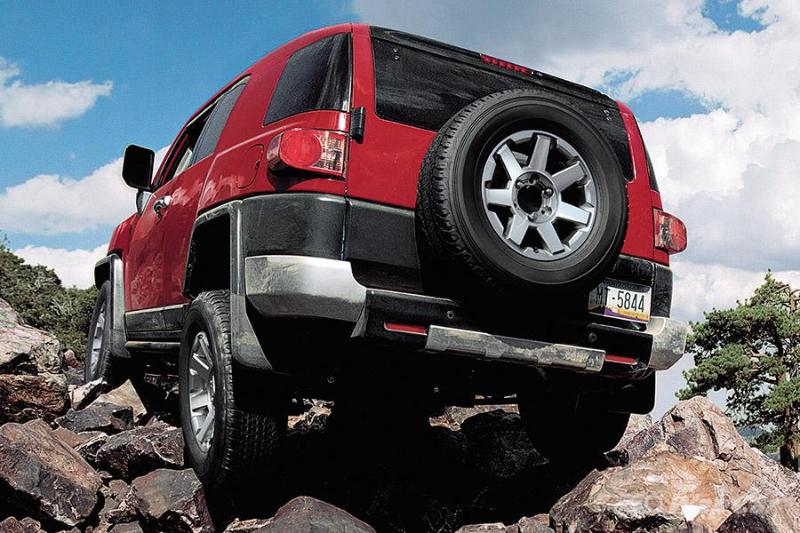 There you have it, ten reasons why the FJ Cruiser is a bombastic off-roader. Even though it is no longer available in some markets, it is very much missed and highly sought after in these markets. Should Toyota produce a successor to its quirky but authentic off-roader?