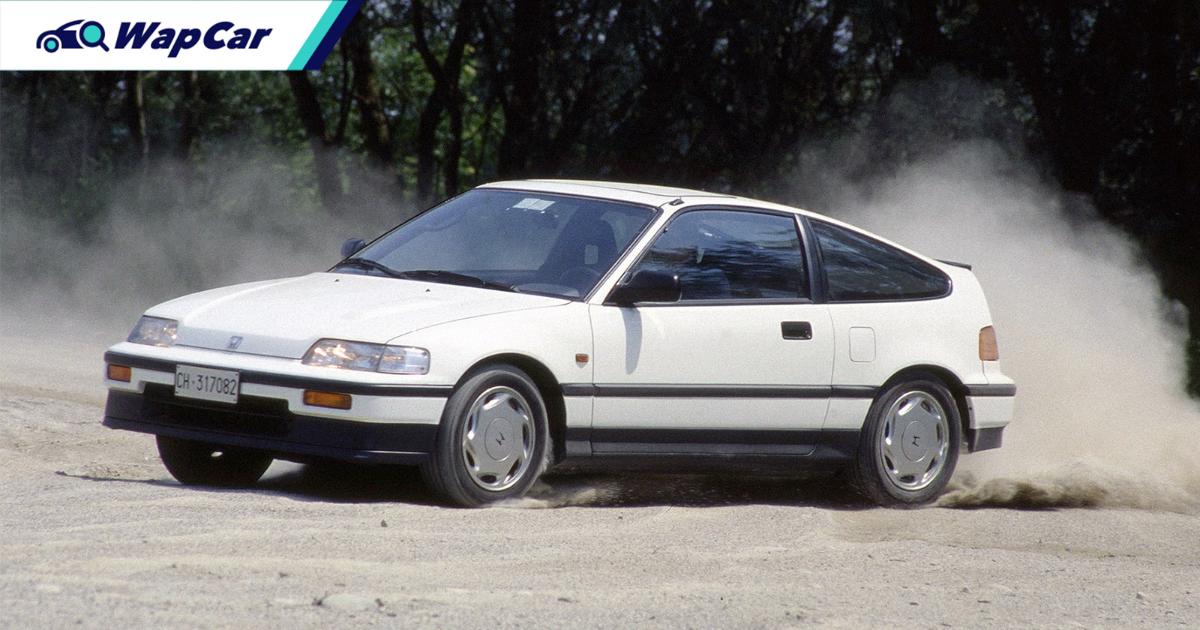 There are few cars out there that get universal acclaim from everyone, whether a hardcore car nut or just someone who wanted a car to get from A to B. Obviously, one of the all-time greats is the Honda CR-X.

That is not just some random proclamation. In this article, we’ll show 15 reasons why it’s not only the greatest Honda model but possibly the greatest car ever.

1. Its familiar design was inspired by an Alfa Romeo

The CR-X is instantly recognisable with its Kammback-style design. No doubt it is a pretty design but did you know it was inspired by an Alfa Romeo?

Though there is no specific designer involved, it has been said that one of the designers owned an Alfa Romeo Junior Zagato and that was the shape the team went with.

2. The US-spec CR-X had two versions

In Malaysia and in most countries, the CR-X was more of a performance-ish version of the regular Honda Civic. However, in the United States, the CR-X had a sort of Mr Hyde and Dr Jekyll kind of personality.

There was an economy version that came with a 1.3-litre CVCC engine that produced a measly 59 PS but with an average fuel economy rated of 54 mpg (23 km/l). Those wanting higher performance could opt for a more modern aluminium 1.5-litre four-pot that produced 108 PS. This variant came to be known as the Si.

3. The full meaning of “CR-X” is still a bit of a mystery 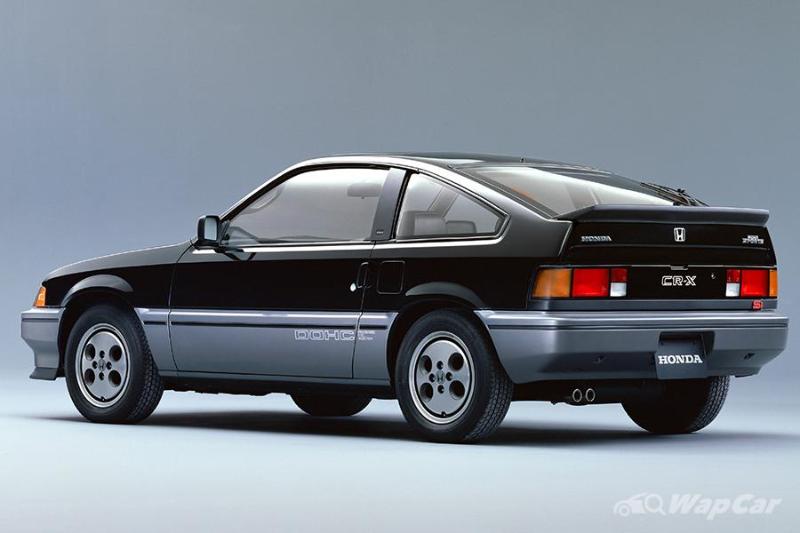 Honda has not fully revealed what CR-X actually stands for. Some cited the meaning to stand for “Civic Racing Xperiment” but the most widely accepted meaning to the three coveted letters by many fans is “Civic Renaissance eXperimental”.

4. There were even convertible CR-Xs built 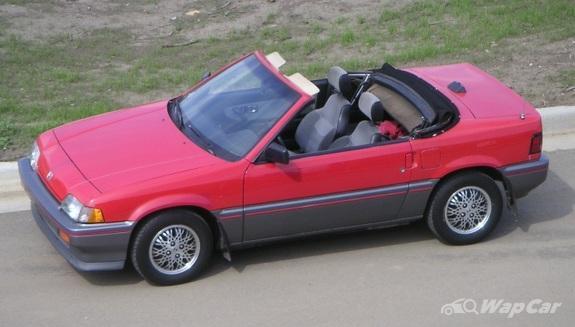 Between 1984 to 1987, the R. Straman Company, based in Costa Mesa, California, converted 310 Honda CR-Xs into convertibles. Most of them were based on the economy version of the CR-X and one was even featured on the cover of Road & Track magazine.

5. The Mugen CR-X Pro was a touring car for the streets 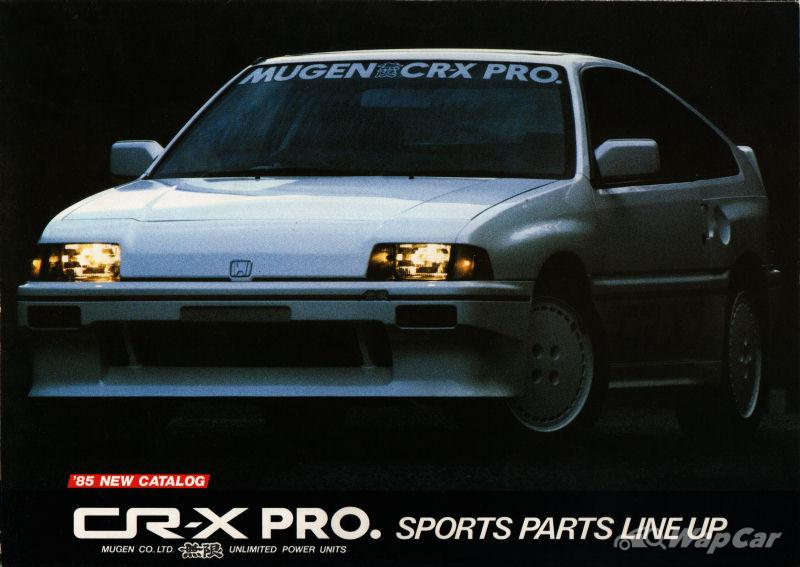 Long before Mugen just inserted a few kits here and there on models like the HR-V, it was turning up the sportiness of its cars up to 11. That included the first-gen CR-X when it introduced the Mugen CR-X Pro body kit in 1985.

It easily transformed the CR-X into a race car for the streets with its aerodynamic kits.

6. The second-gen CR-X is a looker 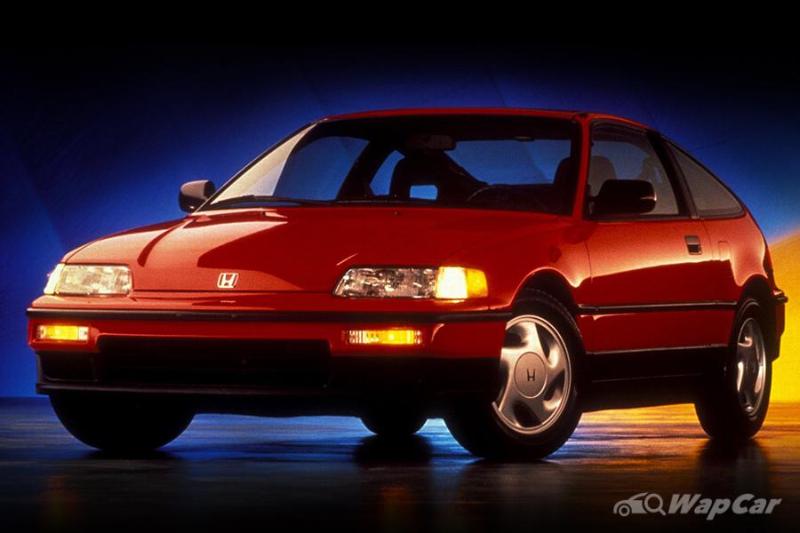 Honda improved on the Kammback design of the first-gen CR-X with a streamlined look that was based on the EF Civic. Needless to say, we did place that Civic as one of the prettiest common cars that were sold in Malaysia.

7. The second-gen CR-X had a cool slogan in its ads

Infatuated with the rise of sci-fi and the future in the late 1980s, the marketing team at Honda gave the CR-X a cool catchphrase in its ads and brochures when it was launched in 1987. Honda called it “Cyber Sports”, which was associated with the cyberpunk craze at the time.

8. The extra window on the tailgate wasn’t just an aesthetic choice

One of the most distinguishable features of the second-gen CR-X was the extra window located near the boot. The reason was more in aiding rear visibility but it also adds a touch of rad on the coupe's design.

9. The CR-X was available in teal 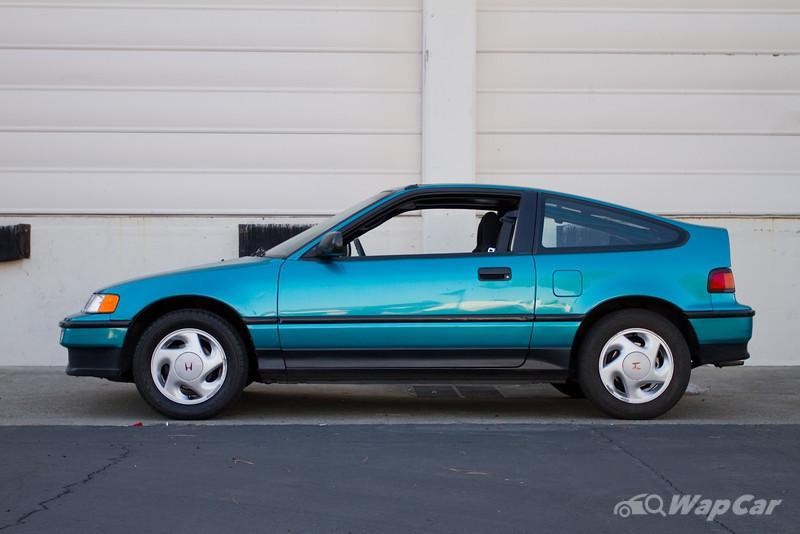 Or as Honda calls it, “Tahitian Green”. It is a perfect colour that fits with the CR-X’s late eighties and early nineties aesthetics. Other colours were also available but we’ll just focus on the coolest colour here.

10. The CR-X SiR was a luxurious pocket rocket 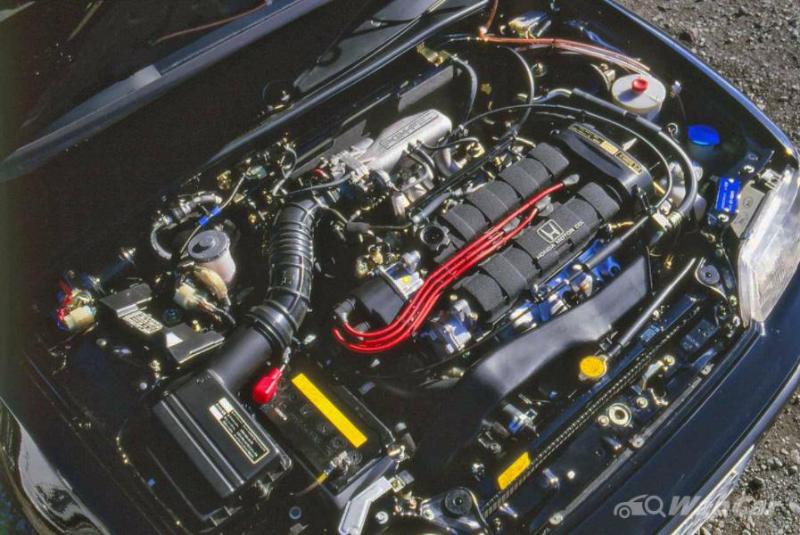 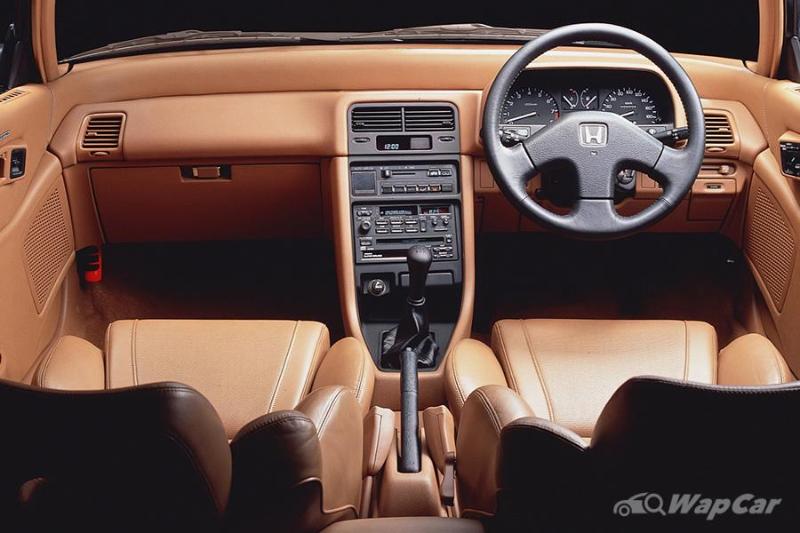 It was the top-of-the-line variant and came with half-leather seats, camel brown interior, and an upgraded sound system so you can blast some tunes instead of hearing the VTEC kicking in.

11. The CR-X came with an optional glass roof 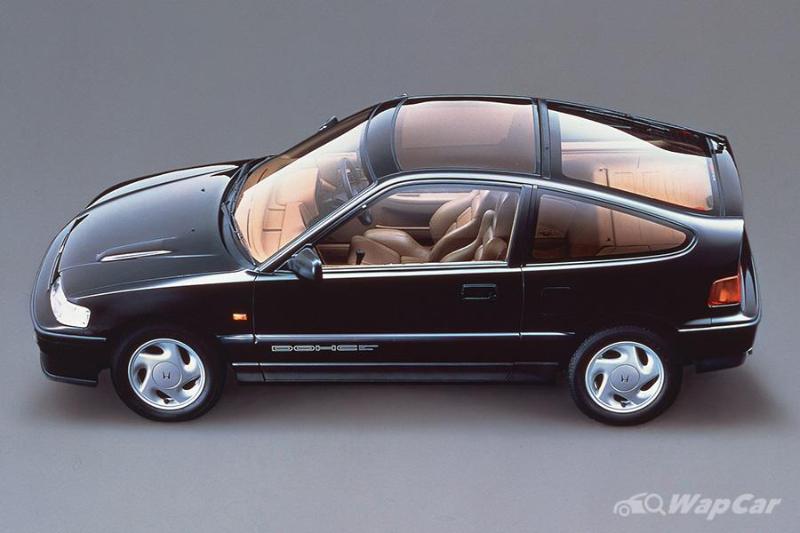 A rare option that was only available in Japan, buyers could equip their CR-X with a full glass roof if a regular sunroof wasn’t enough. Good for enjoying the night’s sky or taking in all that heat during the warm summers. 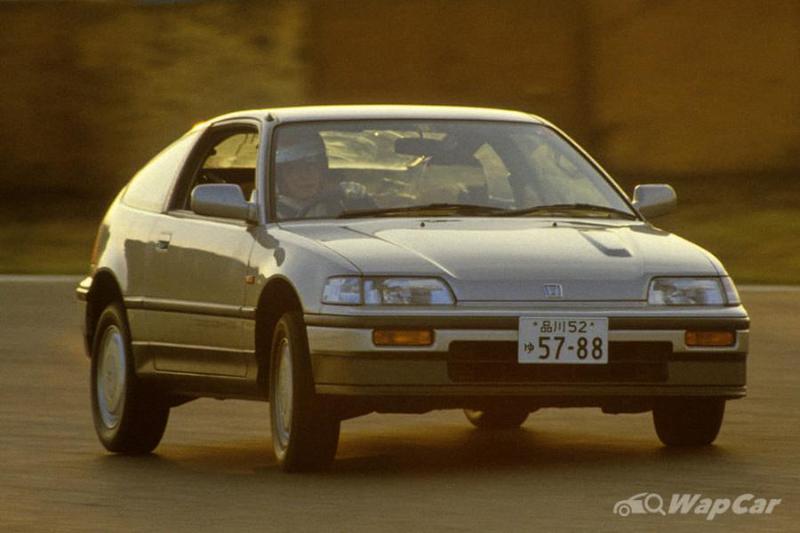 With the second-gen CR-X, not only has Honda pushed performance to give the car a sporty pedigree but also gave it some brilliant handling. The CR-X was equipped with a 4-wheel double wishbone setup which easily made it one of the best-handling cars in its class.

13. It looks good with steelies 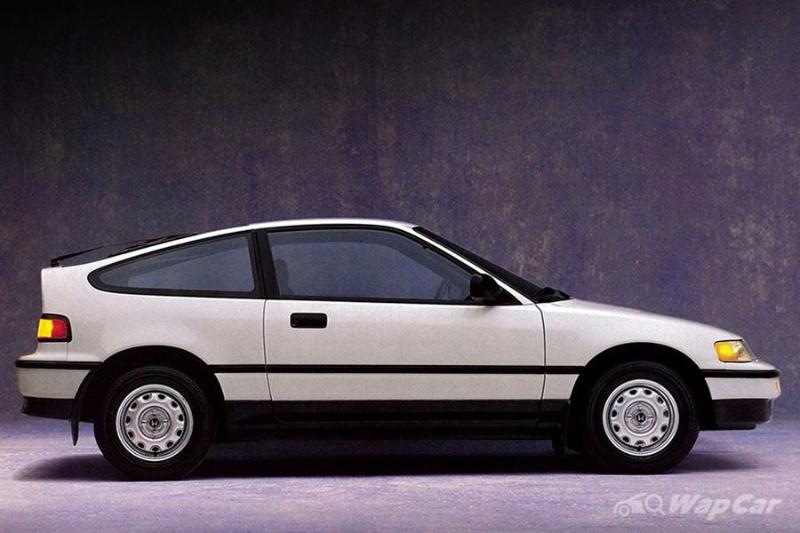 Nothing else beats a great car rocking some basic steel wheels. Kosong-spec this is certainly not.

In an attempt to make the Honda brand more youthful in the UK (average Honda buyers’ age in the UK was 57), its British distributors decided to organise a one-make race featuring the CR-X in 1988. Apart from its debut season, there has been nothing since but Honda did compete in other touring car races including the British Touring Car Championship (BTCC).

15. You can play one in almost every GTA series

It’s not entirely the same thing but the Blista Compact’s design is clearly inspired by the first-gen Honda CR-X. It is also a lot more powerful than the real thing with the model in GTA V described as being powered by a V6 engine.

Also, it has been in almost every single series of the franchise, making it one of the longest-running cars in the game. 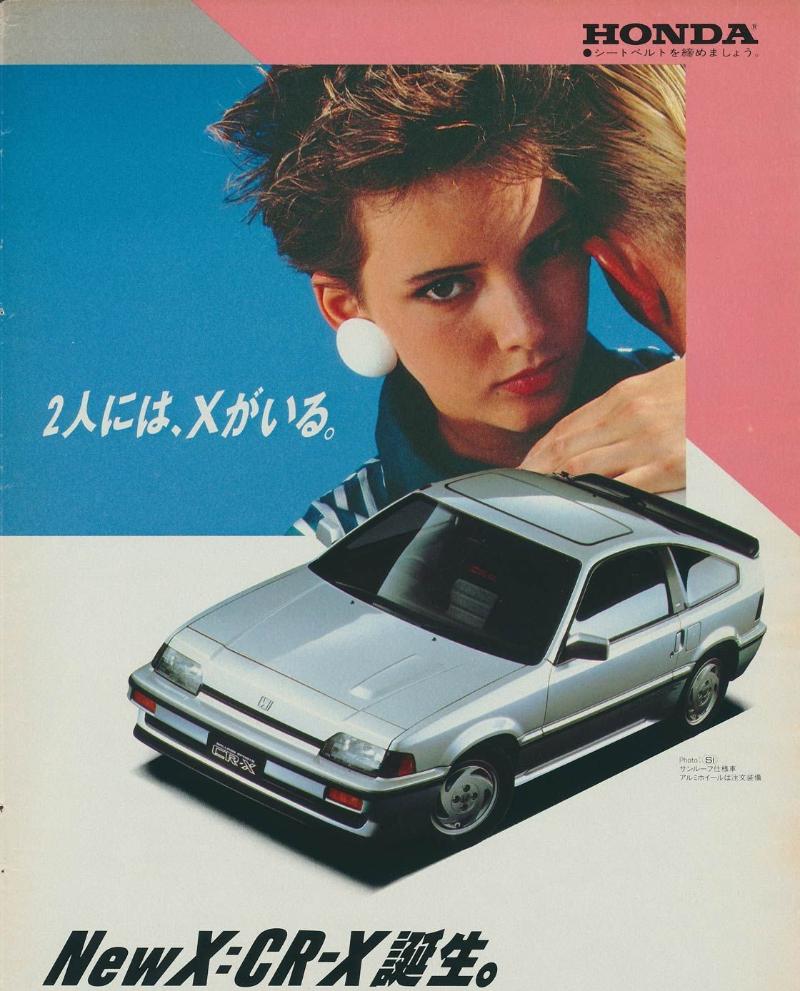 So, those are the 15 reasons why the Honda CR-X should get all the praises. It might be rare and a bit overpriced based on what we found in the classifieds but we love it anyway.

Also read: Forget the CR-X, the Honda CR-Z was a fine successor to another Honda legend