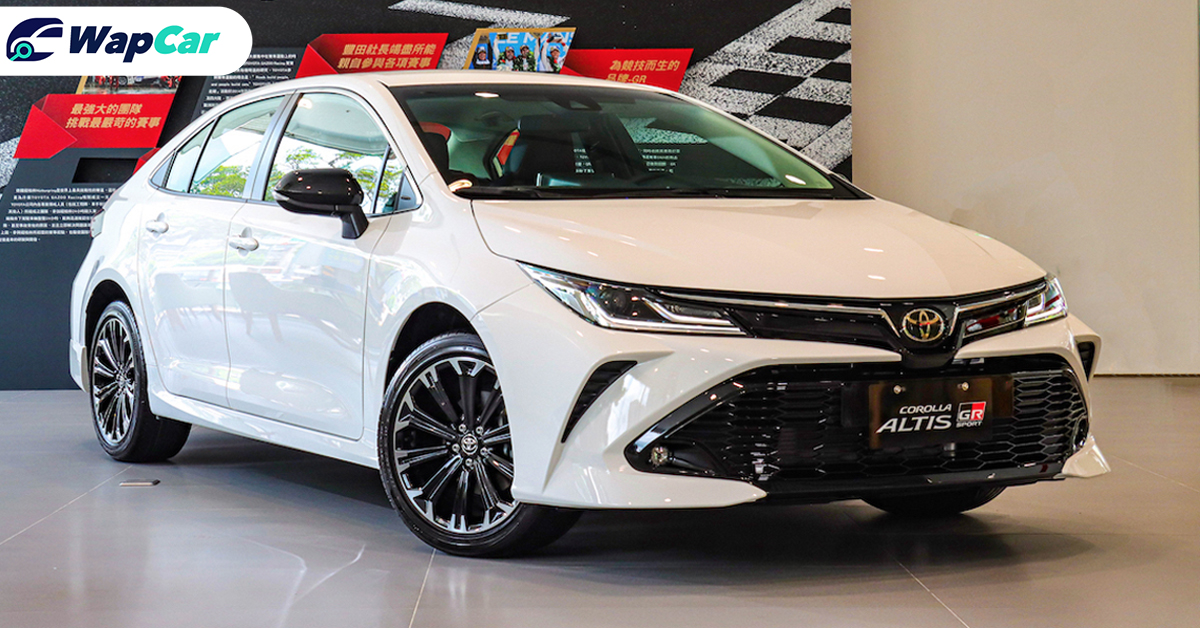 Hotai Motor, the official distributor of Toyota vehicles in Taiwan has just introduced the Corolla Altis GR Sport, available as a regular petrol or hybrid variant. 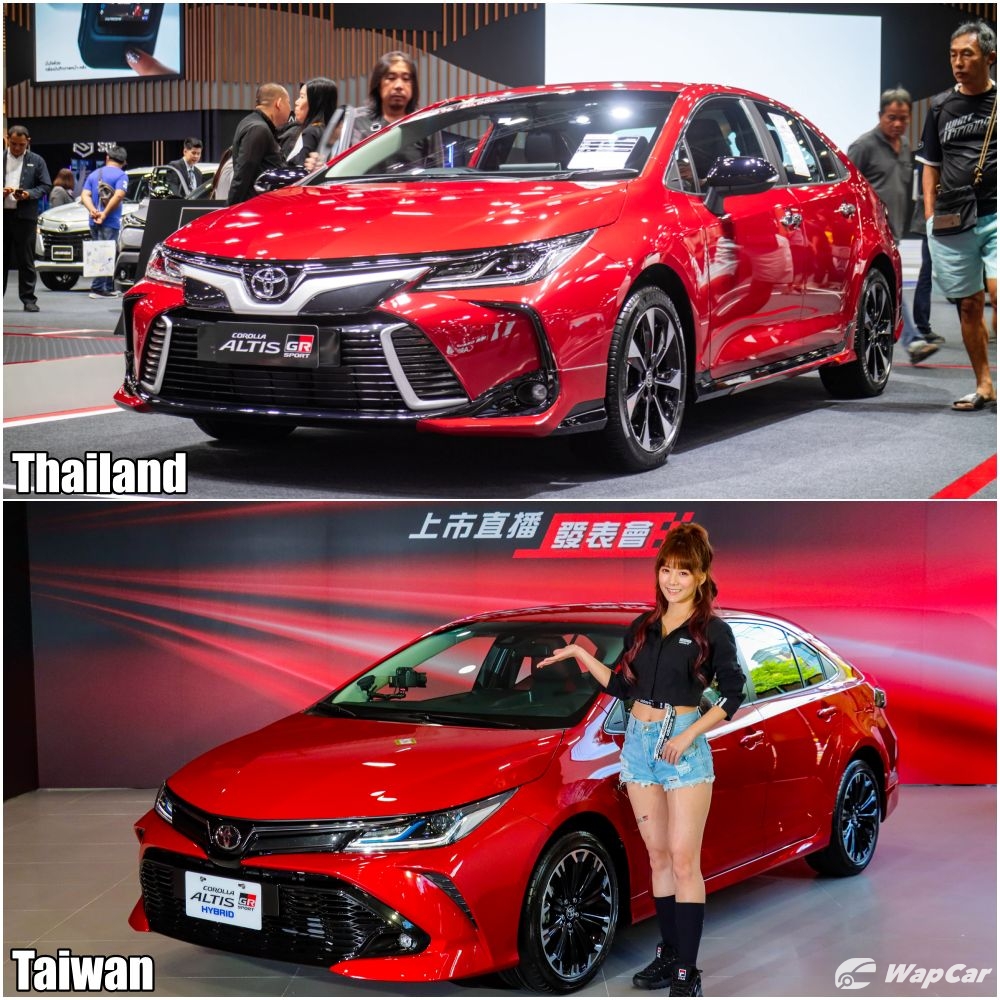 At a glance, the Taiwan market Corolla Altis GR Sport may look similar to the one we saw at the 36th Thailand International Motor Expo, but there are some differences. 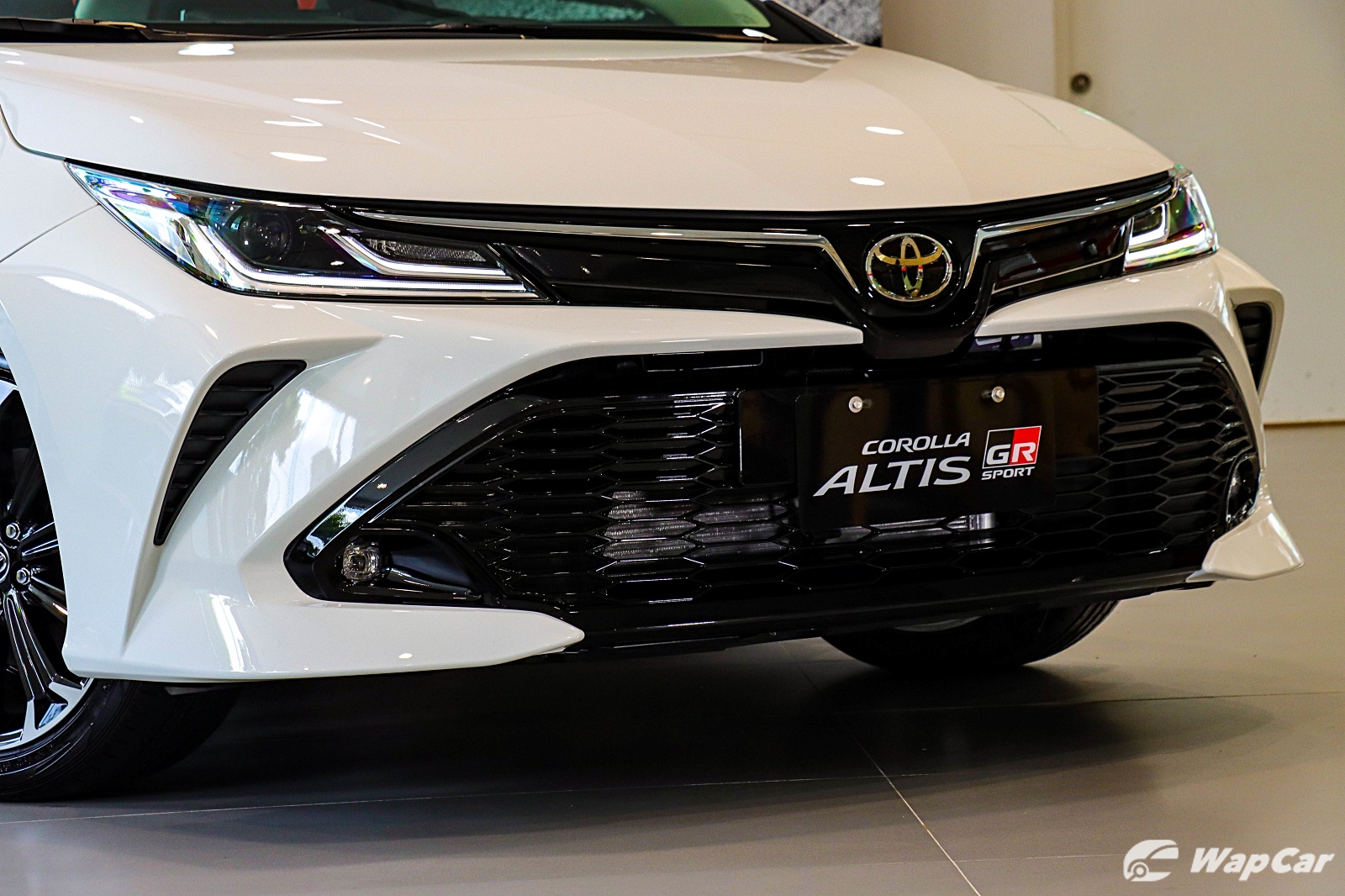 Up front, the Taiwan model gets a unique front bumper, as its lower air intake is more pronounced than the Thailand market car. The front grille gets two slim chrome strips that connects the headlights to the Toyota emblem. 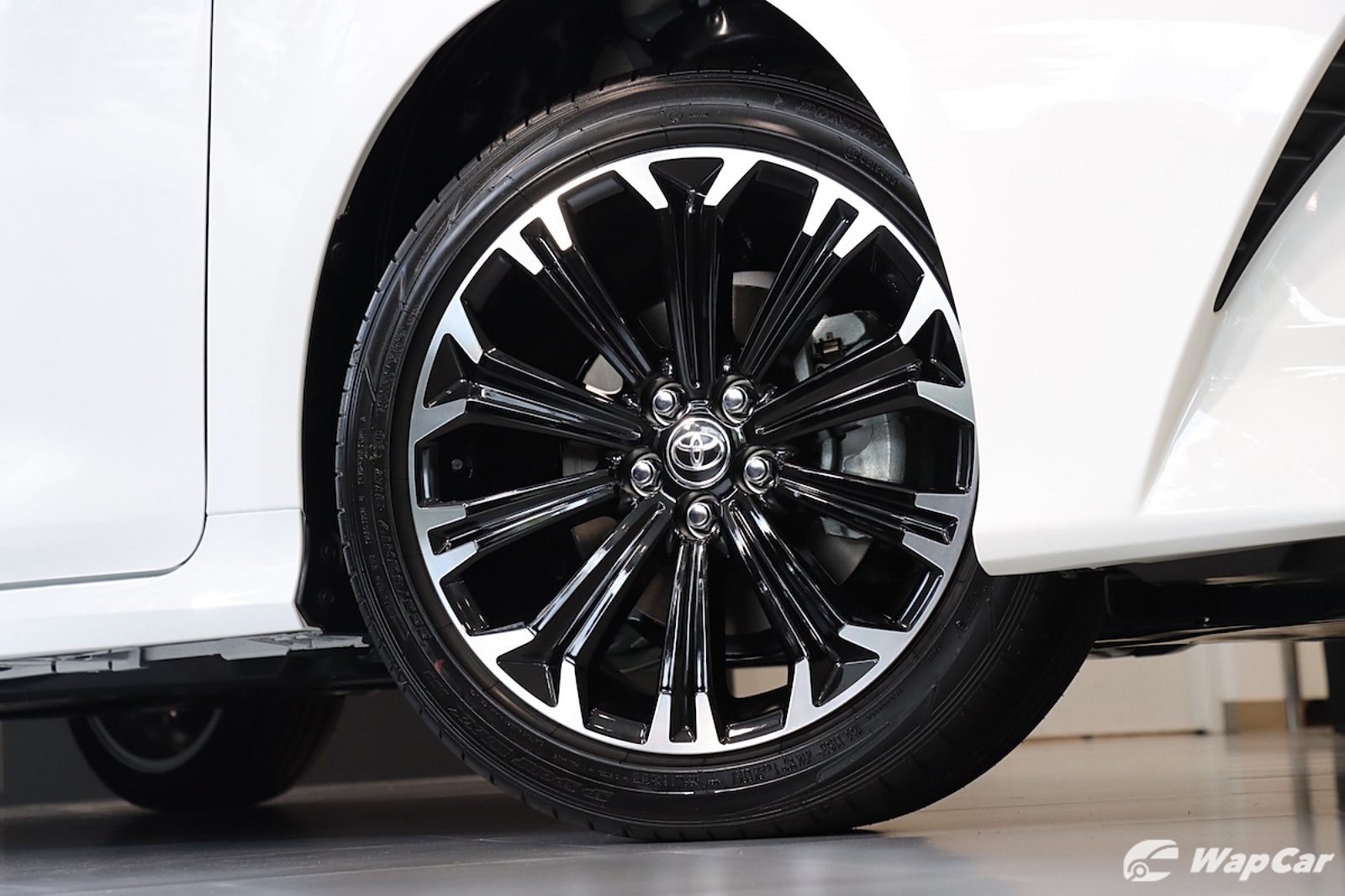 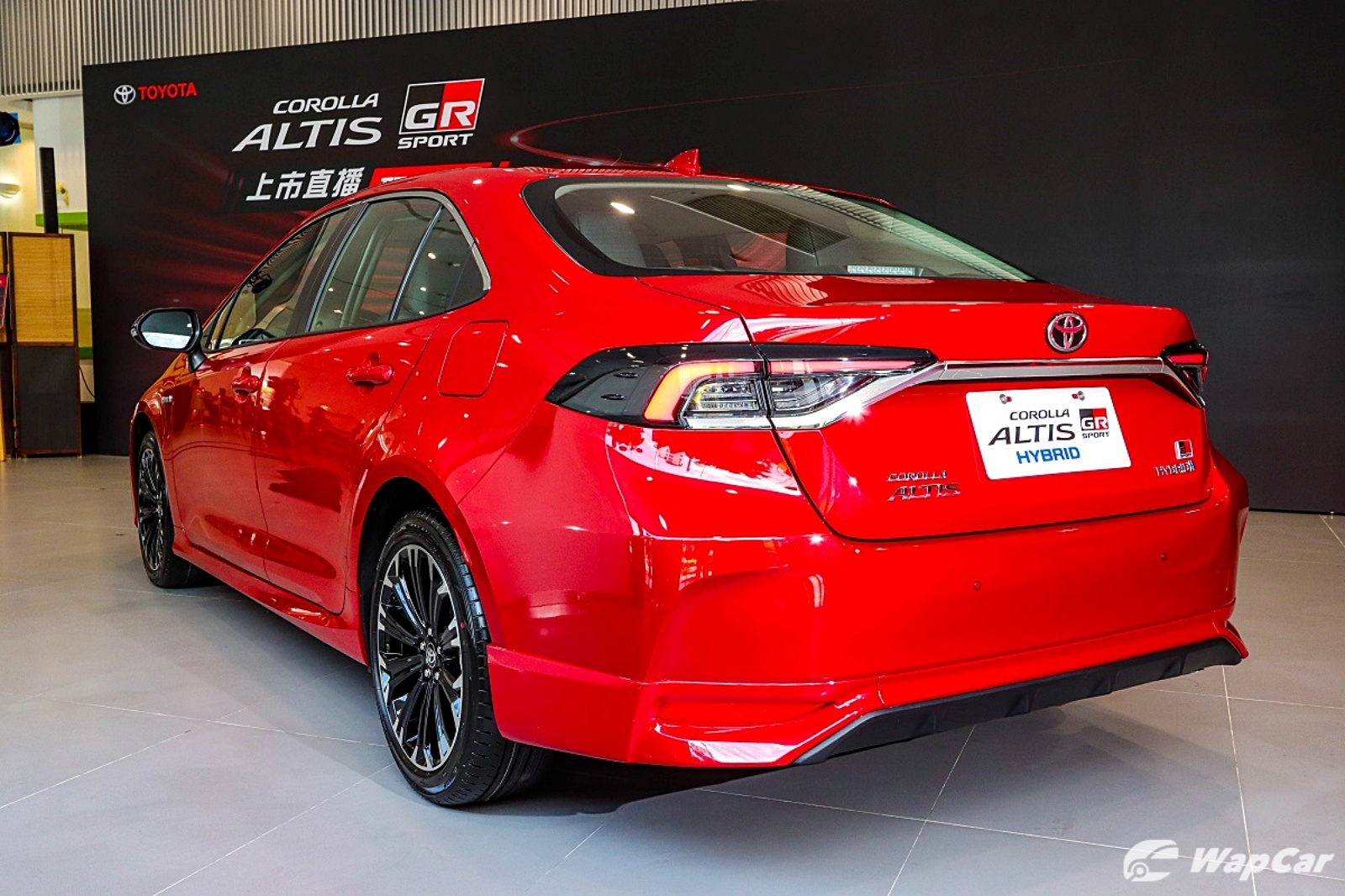 Towards the rear end, the Taiwan market car gets a rear skirt with a diffuser-like design, as well as the GR Sport emblem on the lower right of the boot. Curiously, although marketed as a sportier Corolla Altis, the Taiwan model does not get a rear spoiler. 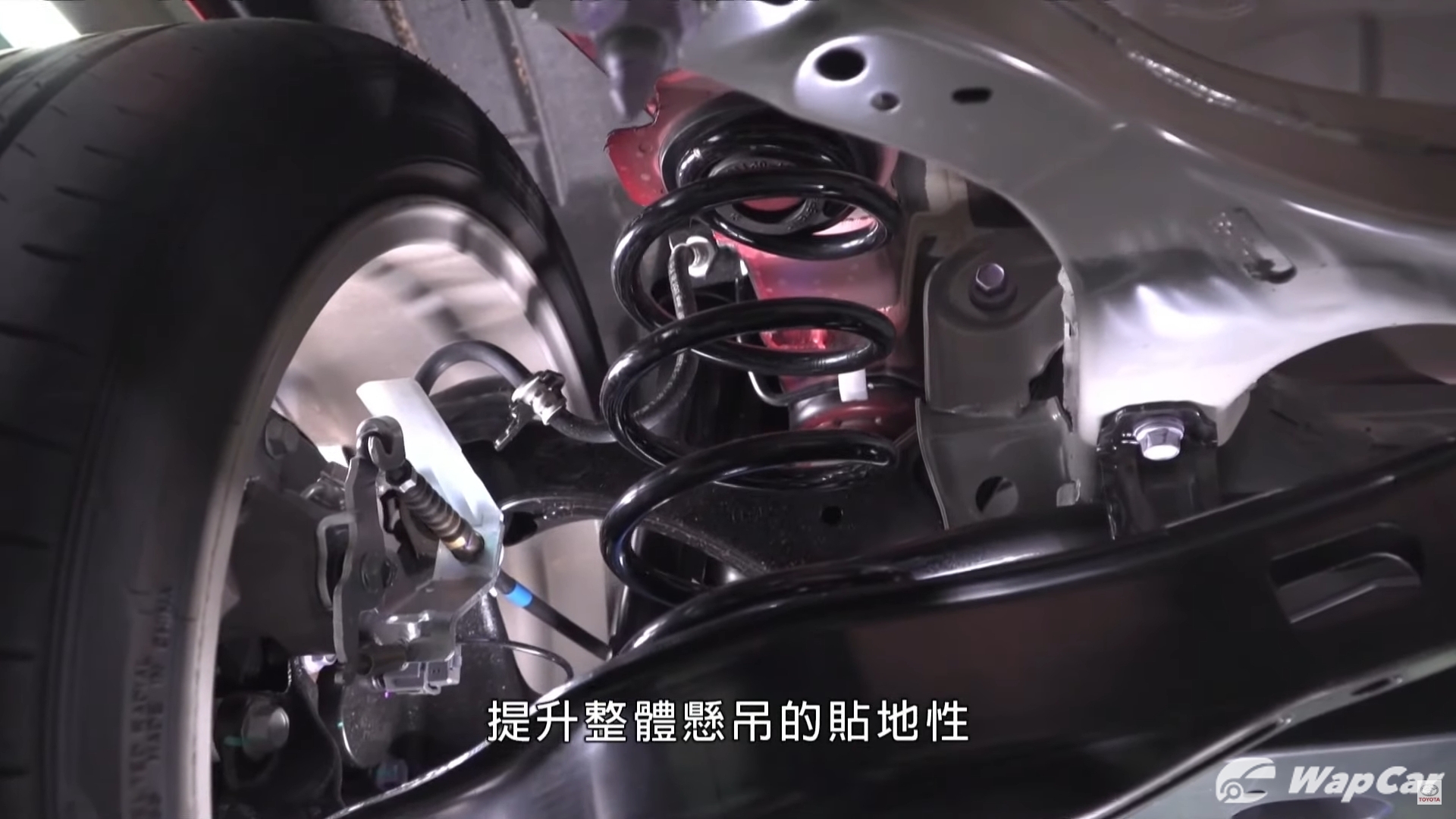 Putting aside the visual changes, what truly separates the Taiwan model from the one we saw in Thailand is in the handling department, as engineers from Toyota Taiwan have worked closely with the Gazoo Racing team to develop the suspension setup. 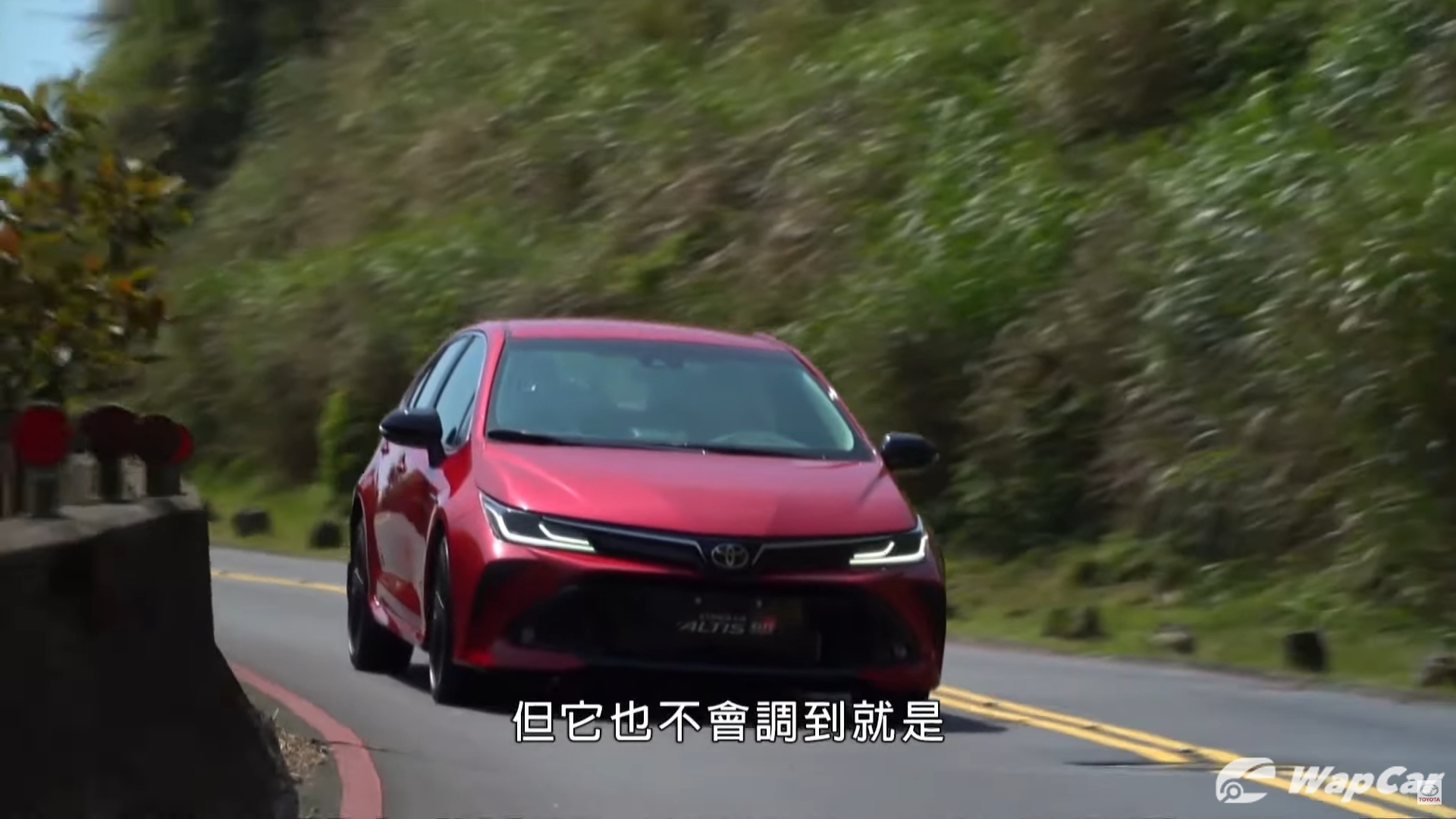 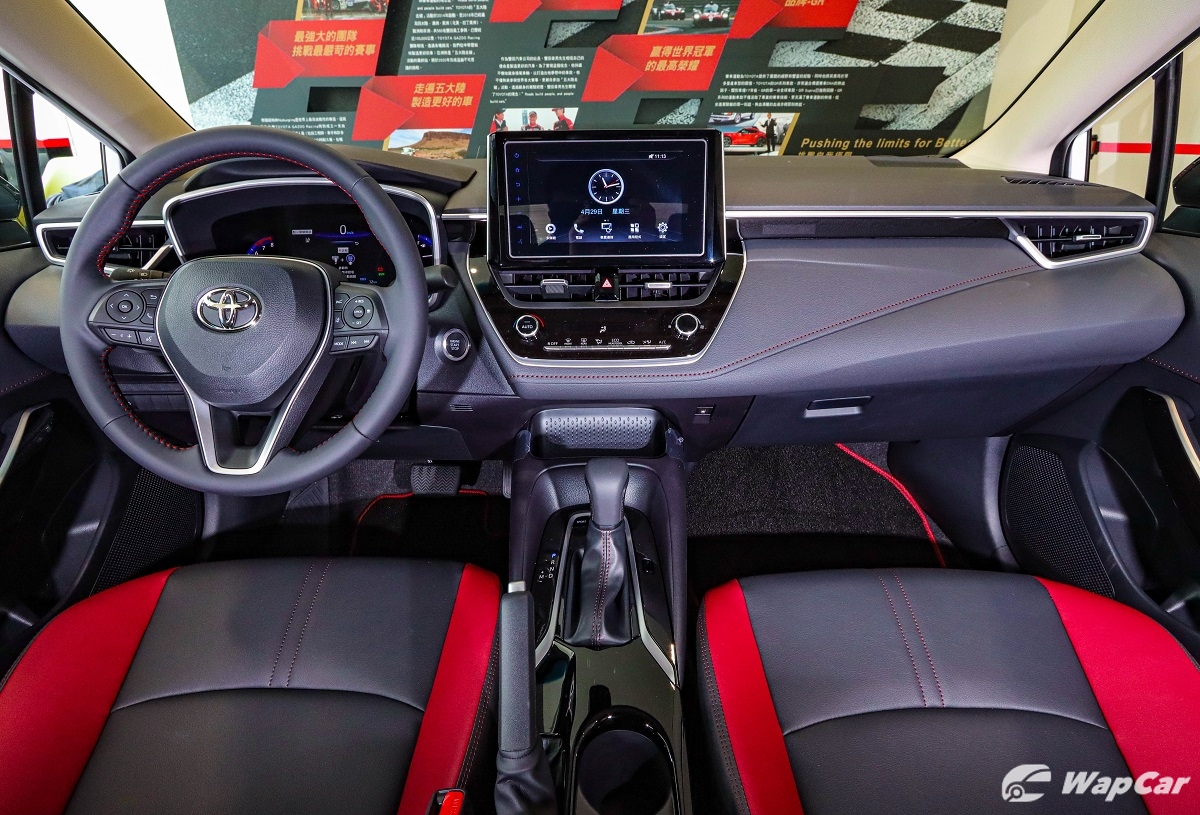 Inside, the Corolla Altis GR Sport gets a good dose of red stitching on the seats, dashboard, shift lever, and steering wheel. Steering wheel-mounted paddle shifters are only available on the petrol variant. 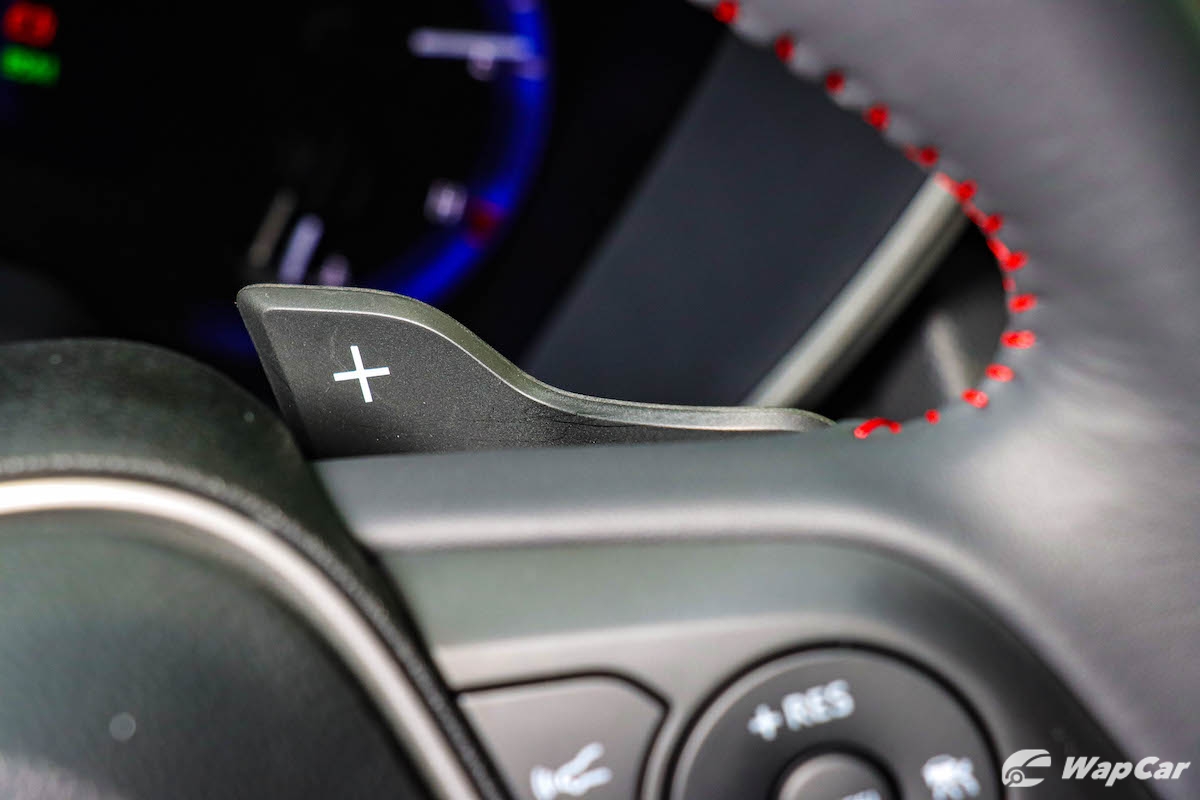 Despite the handling improvements, the Corolla Altis GR Sport’s powertrain remains unchanged. The petrol variant features a 1.8-litre 2ZR-FE 4-cylinder petrol engine that does 140 PS and 172 Nm, mated to a CVT-type automatic, while the hybrid variant gets a 1.8-litre 2ZR-FXE petrol-electric powertrain that does a combined system output of 122 PS. 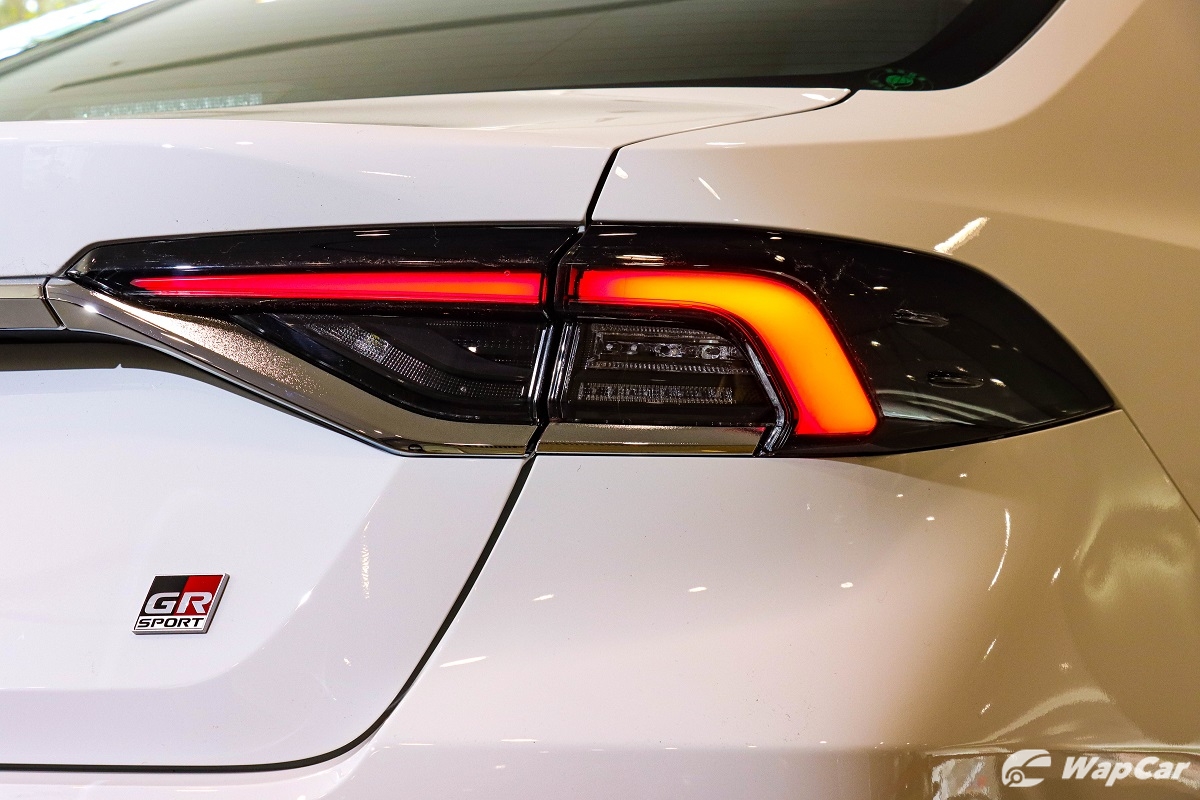 In terms of positioning, the petrol variant of the Corolla Altis GR Sport is the range-topping variant, while the hybrid variant is positioned one level below the flagship hybrid variant.