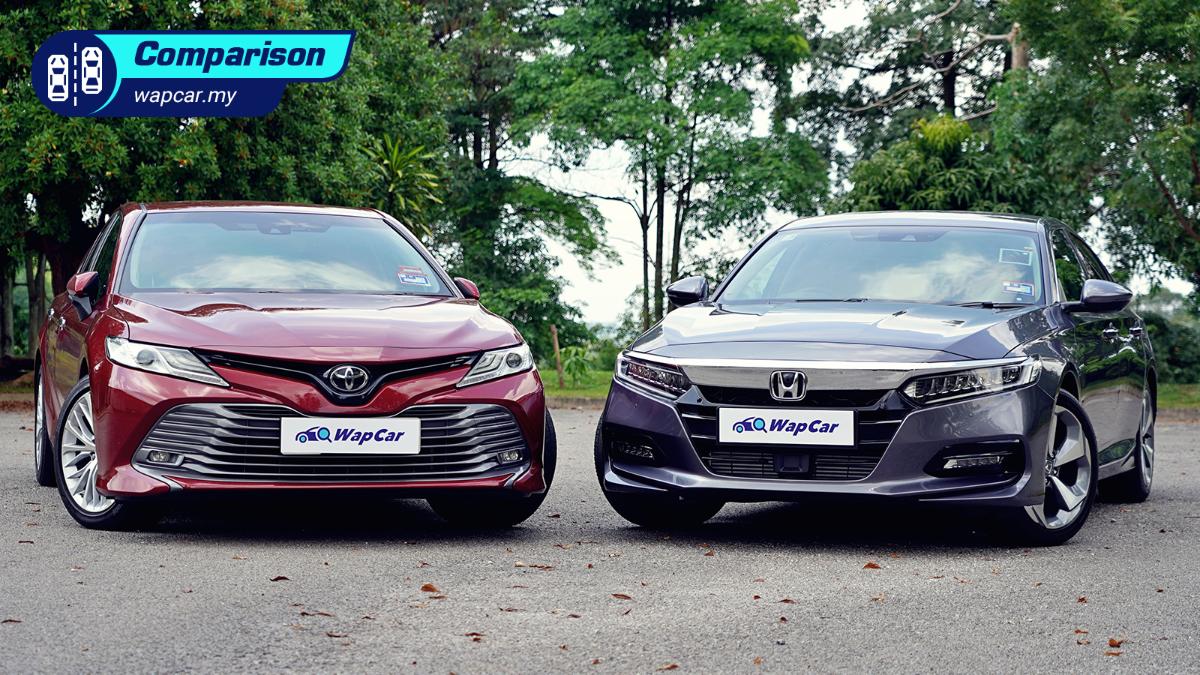 Without ado, let's put these two together for a head-to-head comparison. 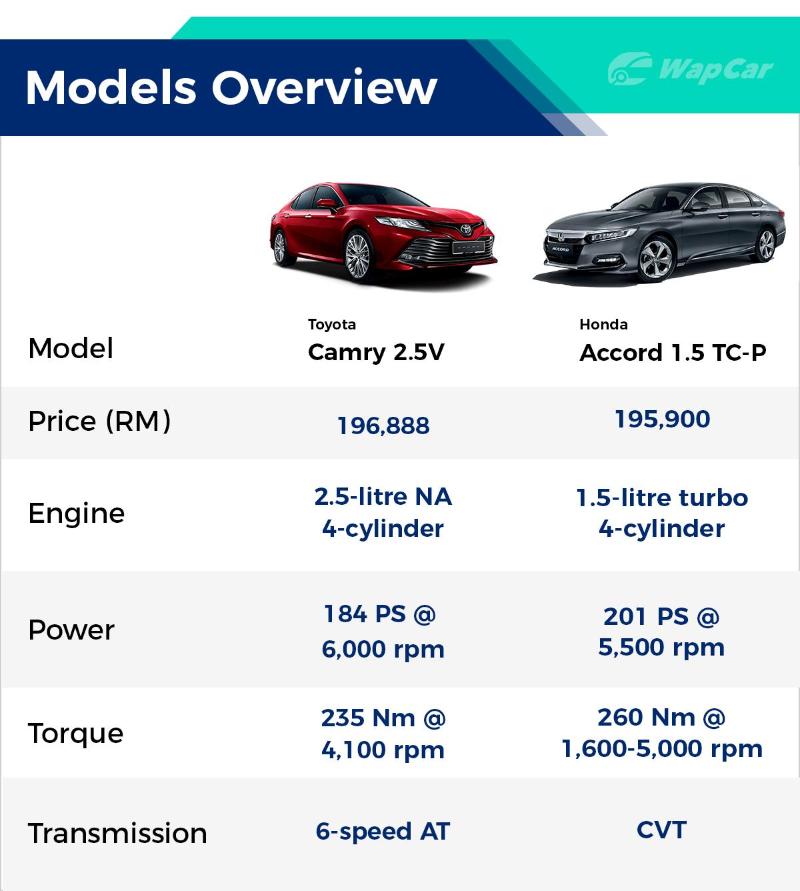 How large are they now?

In terms of exterior size, the Honda Accord is ever so slightly larger than the Toyota Camry in every dimension. But the Camry is a tad heavier. 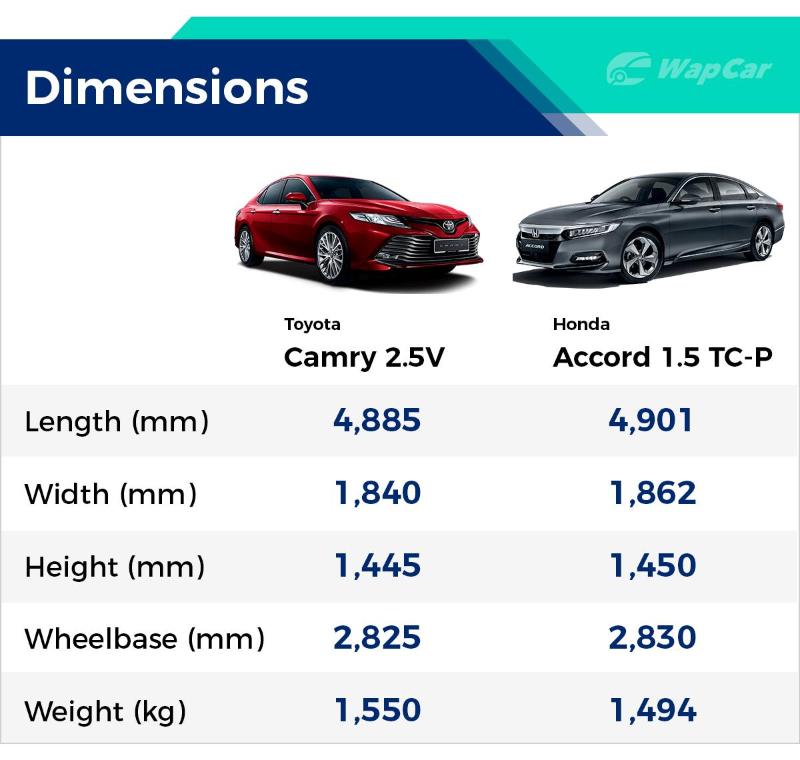 Design has always been a subjective matter and personally, I prefer the look of the Camry over the Accord. It looks more muscular with strong shoulder lines across the length of the car. The Accord on the other hand, isn't quite as visually sculptured, not to mention the controversial taillamp design. 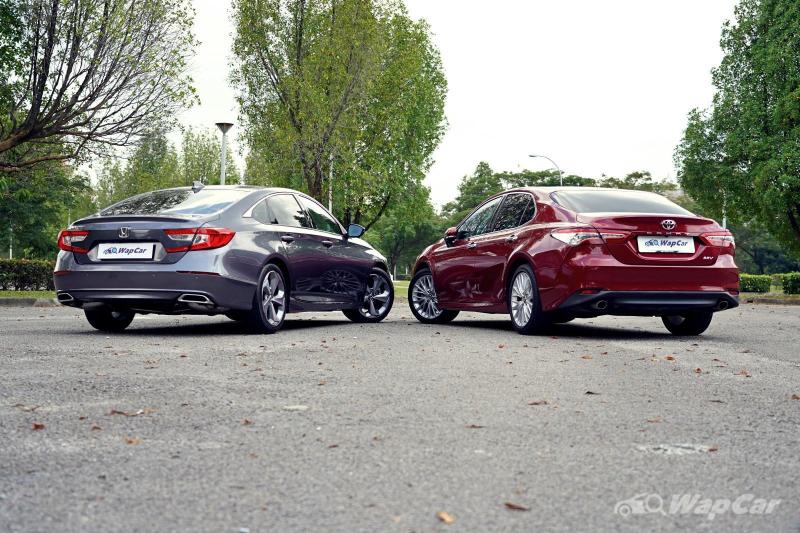 The biggest complaint about the Toyota Camry is that the keyless entry function is only available on the driver’s door. The Honda Accord, at the very least, has it on the front passenger’s door.

Which interior is the nicer place to be in?

Step inside the Camry and start it up, the steering wheel extends back to its pre-set position, courtesy of the electric adjustment function.

In the Honda Accord, the driver seat retracts upon shutting off and goes back into position when started up. In terms of seat support, the Camry’s seats feel plusher and cozier whereas the Accord’s seats feel firmer.

Materials in both cars are fairly on par and feels as expected from – as near as makes no difference – a RM 200k car. But it has to be said that the Camry feels a tad old school with its massive fonts for the buttons and analogue instrument cluster. 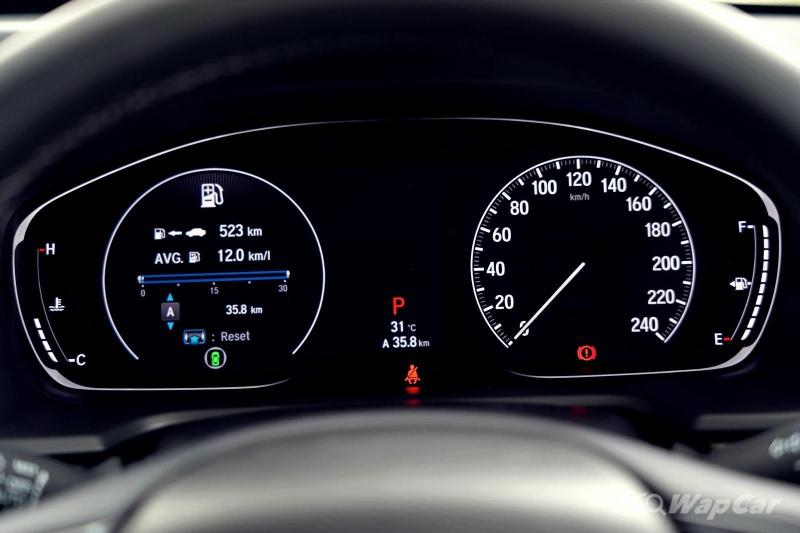 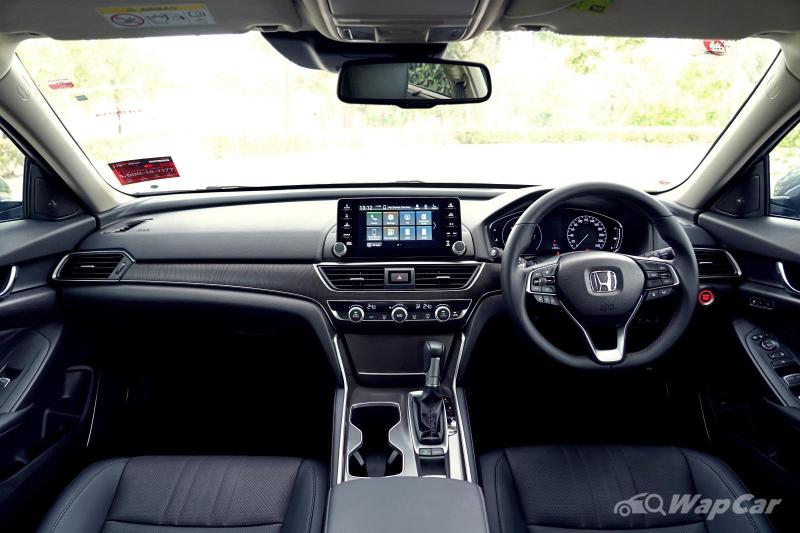 Android Auto/Apple CarPlay is available in the Honda Accord but not the Camry, which is quite a bummer in this day and age. What the Camry has is a thumping JBL sound system. Even so, the Accord’s non-branded 10-speaker set up is pretty impressive. 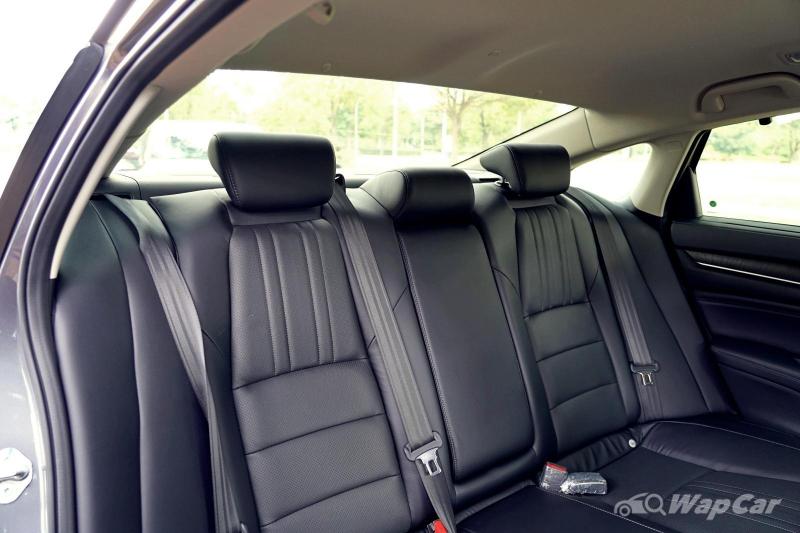 Where the Honda Accord truly shines is in the rear seats. Space is vast, like absolutely vast. The only car that rivals the kneeroom offered is the Lexus ES. Well, that and long-wheelbase luxury sedans. The seats are also nicely sculptured with a long seat base for better thigh support. 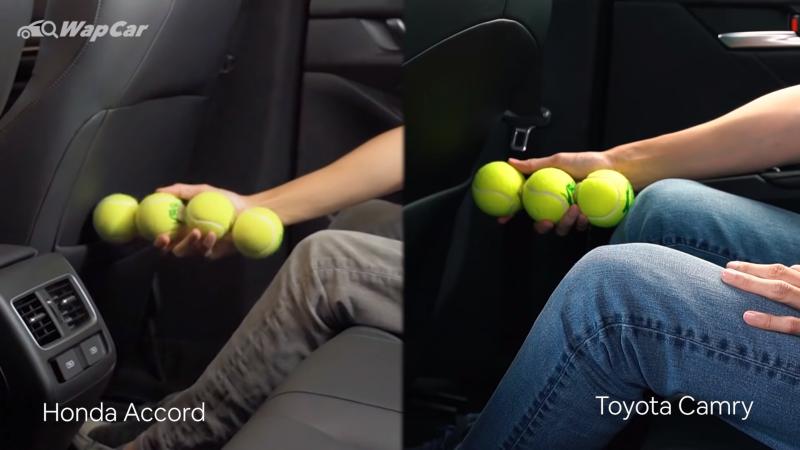 Hop into the Camry and you’ll wonder where all the space went from the large exterior dimensions. It’s not cramped by any means, but it’s noticeably less spacious than the Accord. There’s a more pronounced centre hump and foot space isn’t as generous.

As with the front seats, the rear seats are softer in the Camry, firmer in the Accord. 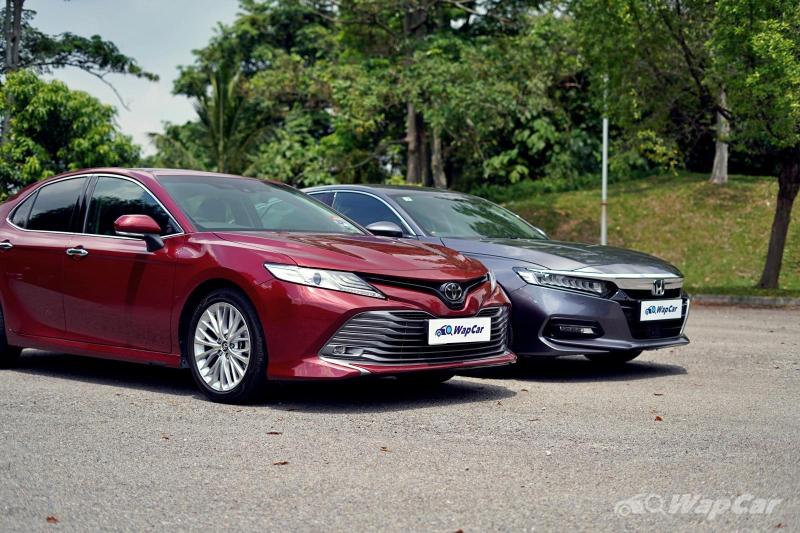 Having driven both back to back in one afternoon, it has to be said that the Camry feels more organic to drive. The steering is weightier and responds more naturally to inputs. Pitch it into corners and you’ll feel the weight transfer, which isn’t necessarily a bad thing as it’s a form of communication.

Steering on the Accord is lighter and it has a variable ratio that progressively gets quicker as you apply more steering input. This aids manoeuvrability at city speeds but can feel a tad unusual at first. Other manufacturers (like Volkswagen) with variable ratio steering have a more subtle rate of change but I digress. 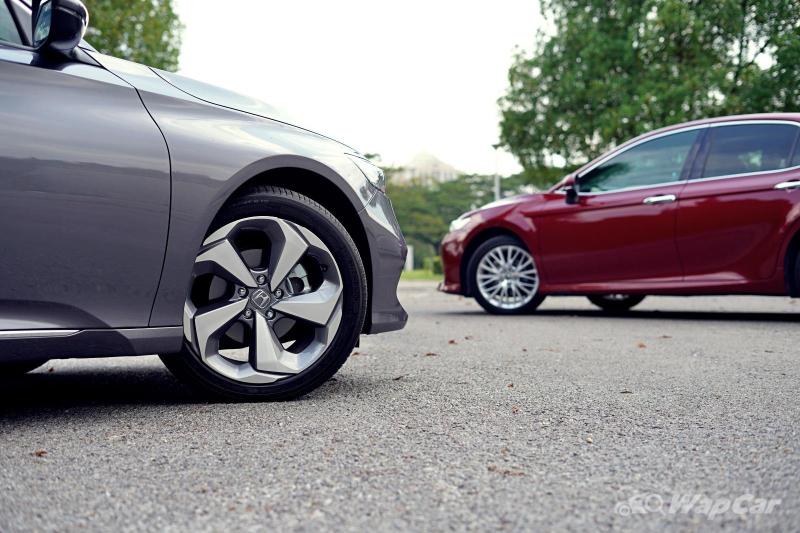 Body roll is well contained in corners and you don’t feel as much of the weight shift in the Accord. So it goes around bends in a rather flat and calm manner, which is something the bosses at the rear can appreciate. But driver engagement is minimal. 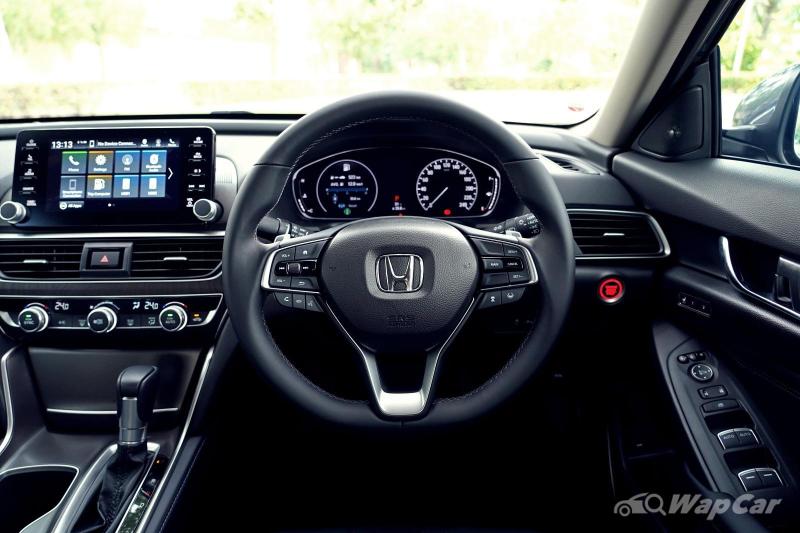 As for their powertrains, the Camry has been battered for having an almost decade-old engine and transmission. But it does the job well enough and provides a decent turn of pace. More importantly, you just know that it’ll run as long as the sun still shines. 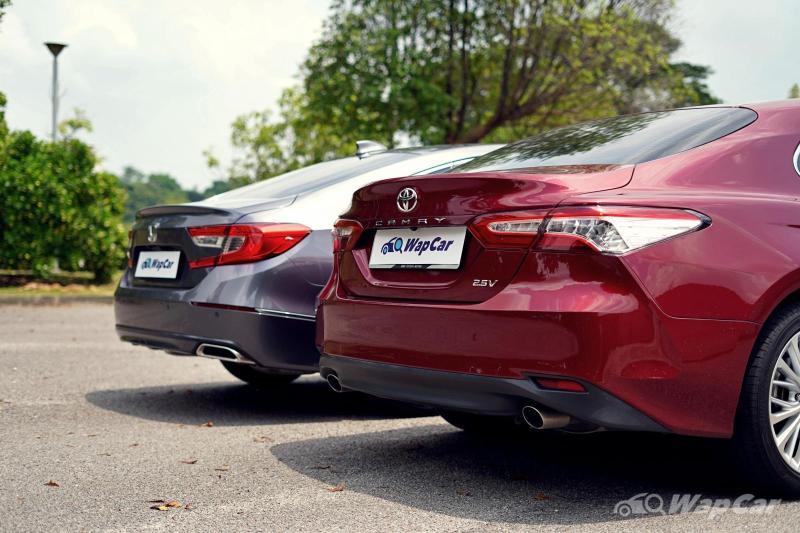 The Accord with its turbocharged engine and CVT is undoubtedly quicker, but it isn’t the push-your-back-to-the-seat kind of acceleration. It’s just a constant pull, matching its cruiser behaviour.

Which is more pleasant to be chauffeured in?

The Accord’s suspension is well tuned to match its cruiser demeanor. It soaks up the worst of our roads without much disruption to the cabin.

But when compared to the Camry, the Accord doesn’t quite possess the fluidity and composure going over undulations, a characteristic trait of modern TNGA Toyotas. So the Camry still edges the Accord in the suspension game.

In terms of cabin insulation, our tests revealed that the Honda Accord is the noisier car here. At 110 km/h, the sound level meter recorded and average of 69 dB in the Accord while the Camry averaged 67 dB.

This is quite baffling because the Accord felt rather quiet, subjectively of course. This could only suggest that the Active Noise Cancellation is working its magic by cancelling out frequencies our ears are sensitive to, thus making the cabin feel quieter.

What about their Advanced Driver Assistance Systems (ADAS)?

The Camry is equipped with Toyota Safety Sense, but it's an older version so its adaptive cruise control is not capable of operating in stop-go traffic like the Corolla Altis. It works very well in our local traffic though, as the systems aren't intrusive and doesn't trigger prematurely. 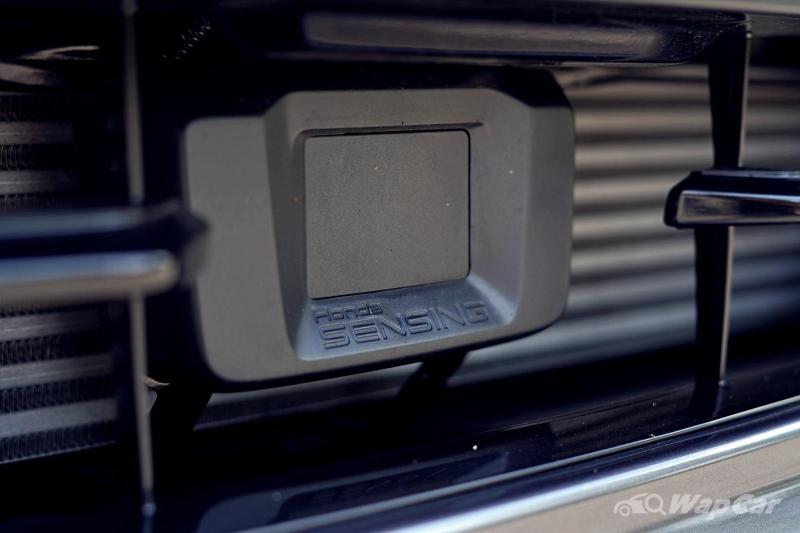 In the Accord, the Honda Sensing suite does include Low Speed Follow to aid drivers in traffic jams. It has the unique LaneWatch Camera that takes the place of conventional Blind Spot Monitors, but it is only on the passenger side. 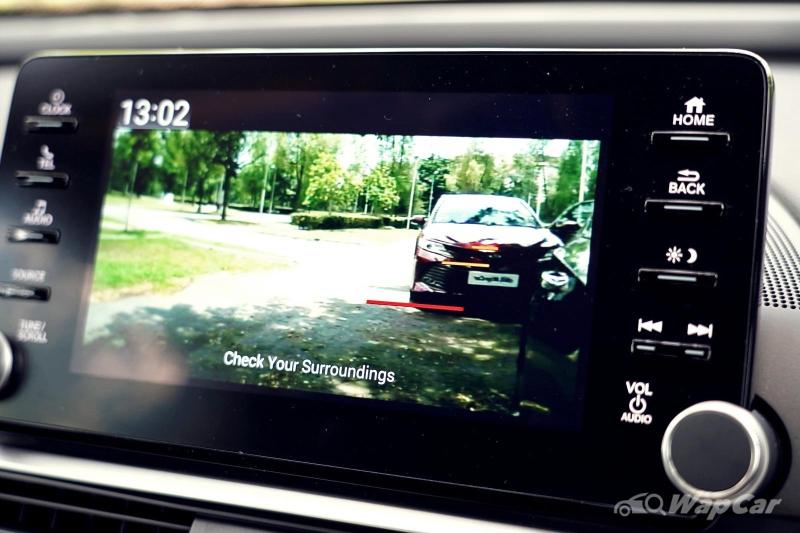 Which is more fuel-efficient? 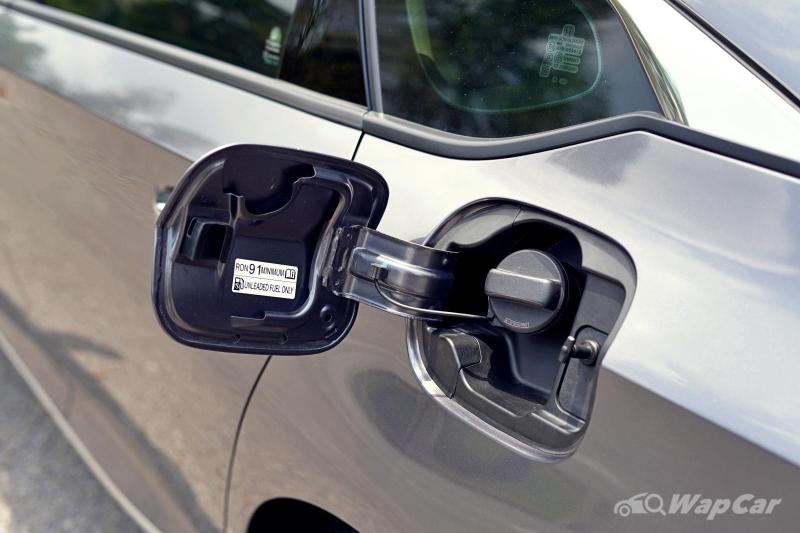 Although driving conditions for both cars were slightly different, we reckon the Accord would still be more fuel-efficient in identical conditions and driving style.

So, which is the winner? 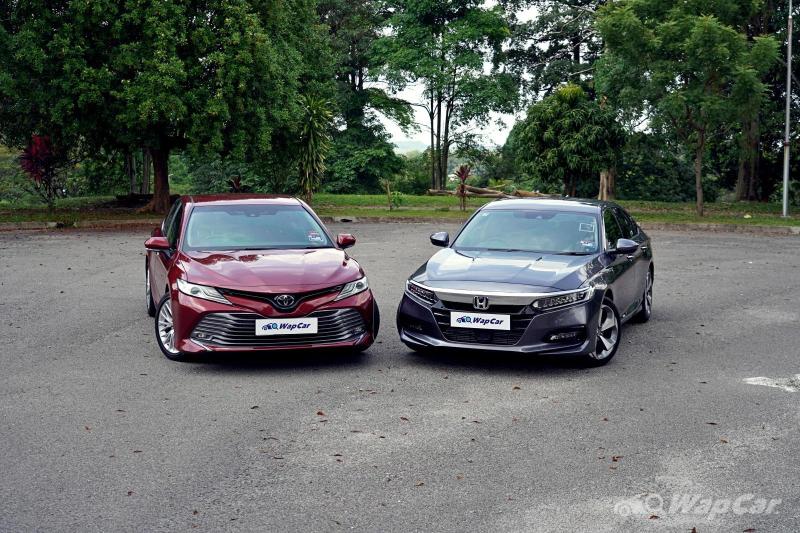 You might be expecting this from miles away, but really, it depends. If you prefer a more connected driving experience that still manages to provide a fluid ride, it’s the Toyota Camry.

The Honda Accord is actually the better car to be chauffeured in for its vast cabin space. It’s also more effortless to drive compared to the Camry (this came at a surprise) due to its lighter steering and easy-going attitude. 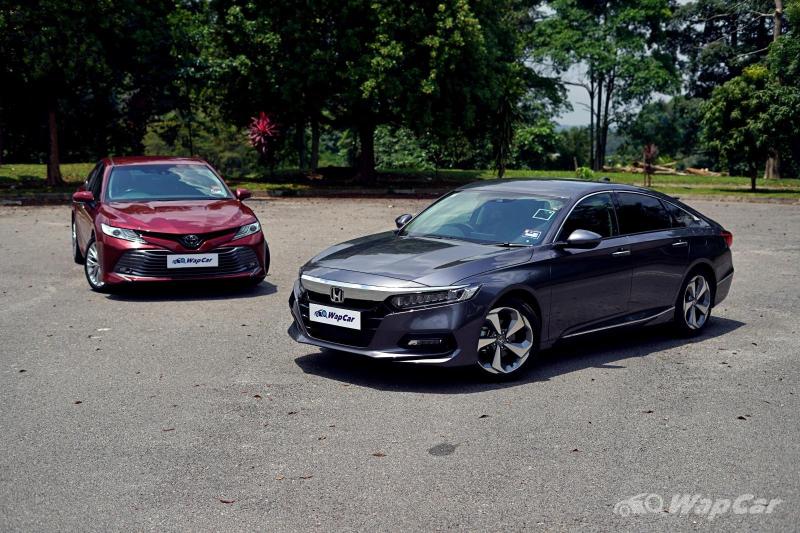 But if I had to pick a winner, it’ll have to be the Honda Accord.

Why? Because it’s a more complete package with the full suite of ADAS that includes Low Speed Follow. Plus, it has Apple CarPlay/Android Auto, or even little things like keyless entry on both doors.

And while it may not be as engaging to drive, it’s a D-segment sedan after all. Its purpose is to be relaxing to drive, with a comfortable and spacious interior. All of which are the Honda Accord’s forte.