Home > News > 2020 Mitsubishi Xpander vs Aruz and BR-V – Will it conquer the segment?

2020 Mitsubishi Xpander vs Aruz and BR-V – Will it conquer the segment? 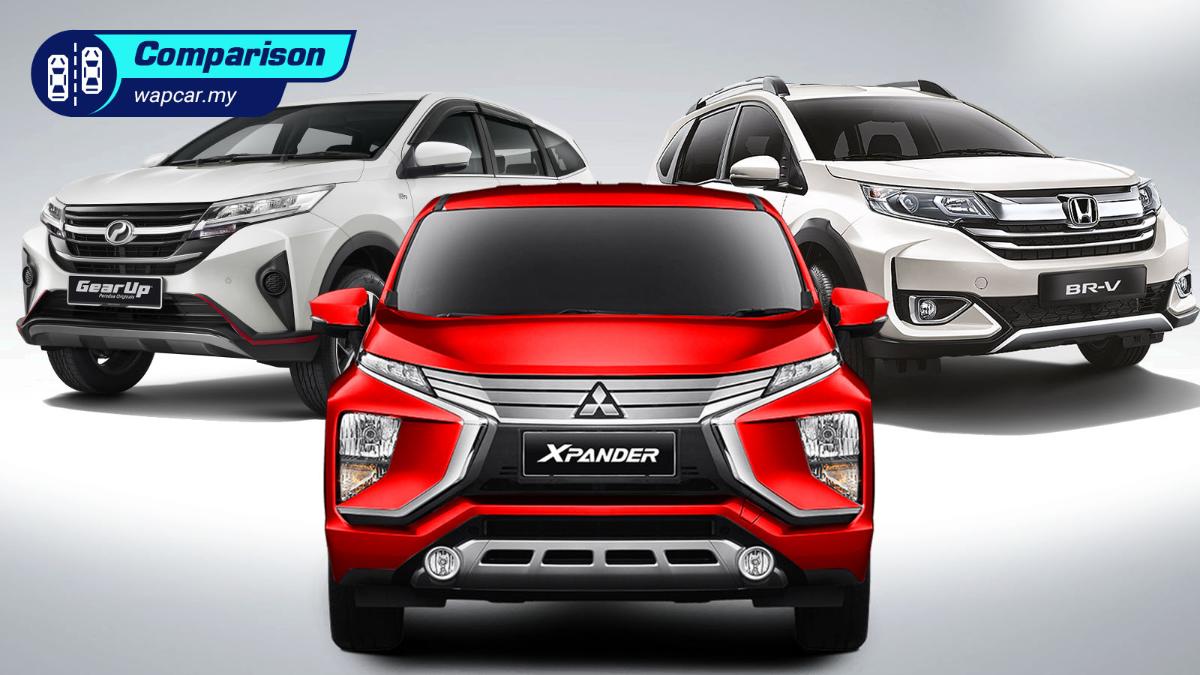 Malaysia welcomes the newest addition to the 7-seater B-segment SUV market, the Mitsubishi Xpander. The Xpander has been sold in the ASEAN region since 2017. The newest iteration of the Xpander has been introduced in Indonesia in February and Thailand in October.

The Xpander challenges current compact 7-seaters like the Perodua Aruz and Honda BR-V. The price of the Mitsubishi Xpander is yet to be announced, but we expect it to closely rival the Honda BR-V. 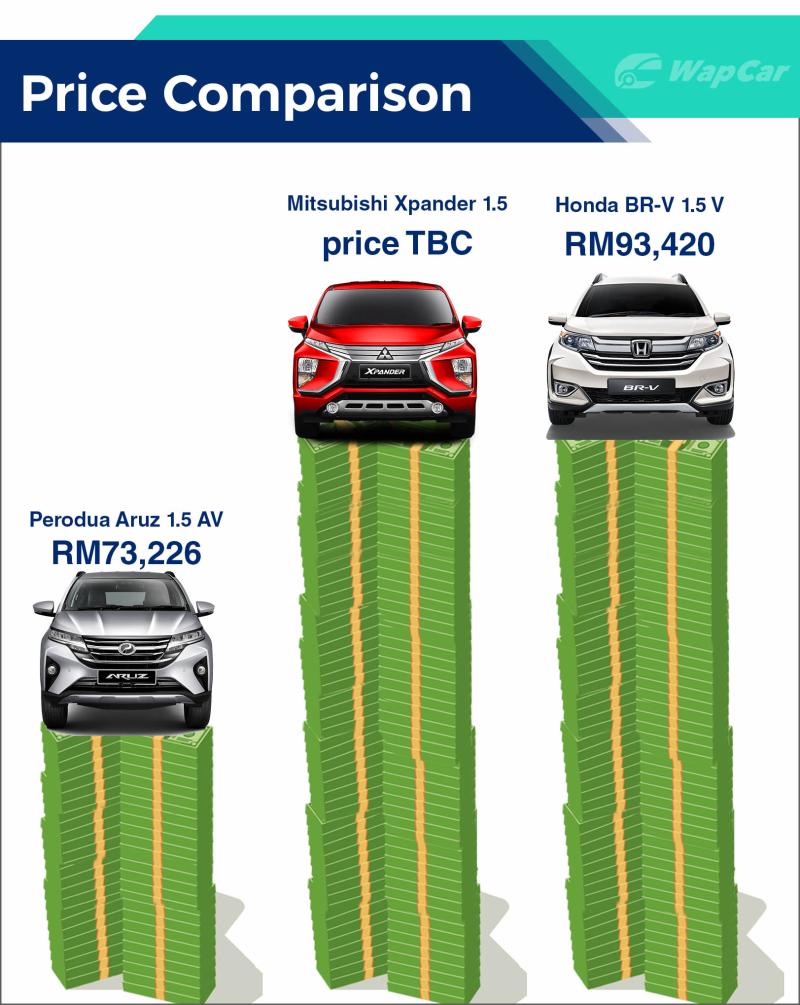 All three B-segment SUVs are locally assembled. The Xpander is assembled in Pekan, The Aruz in Rawang, and the BR-V in Alor Gajah. Here’s a quick look at how the Xpander stacks up against the rest. 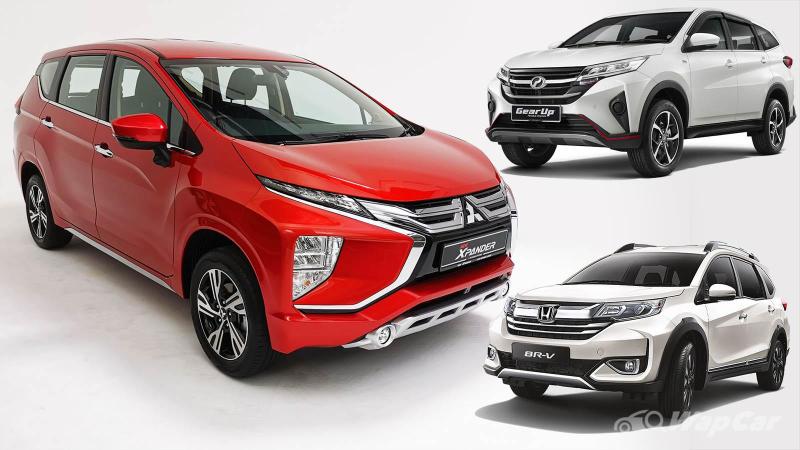 The Xpander is the widest and longest B-Segment SUV in Malaysia. This contributes to much of the Xpanders advantages when it comes to cabin space. Ground clearance of the Xpander is not the tallest despite its rather off-road-ish looks. 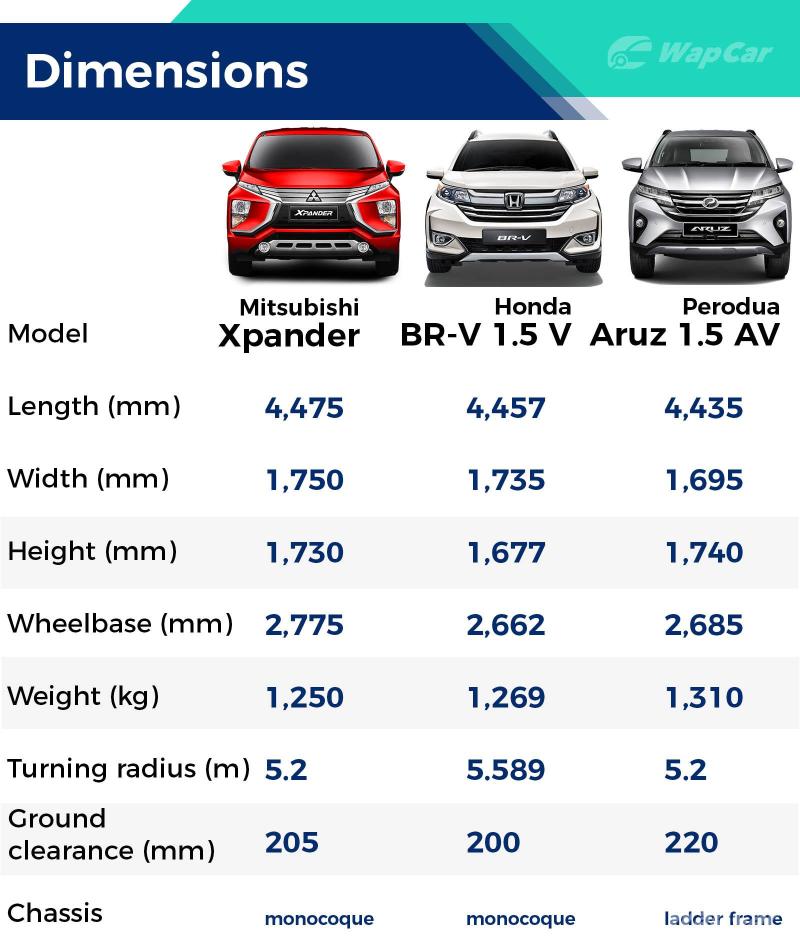 In terms of turning radius, all cars are quite similar. Surprisingly, the Honda BR-V has the longest turning radius despite having the shortest wheelbase. The Xpander's wheelbase is even longer than that of the Toyota Innova.

The fact that the long-wheelbase FWD Xpander has the same turning radius as the RWD Aruz is also impressive.

The Perodua Aruz is the only car to use a ladder frame in this segment. 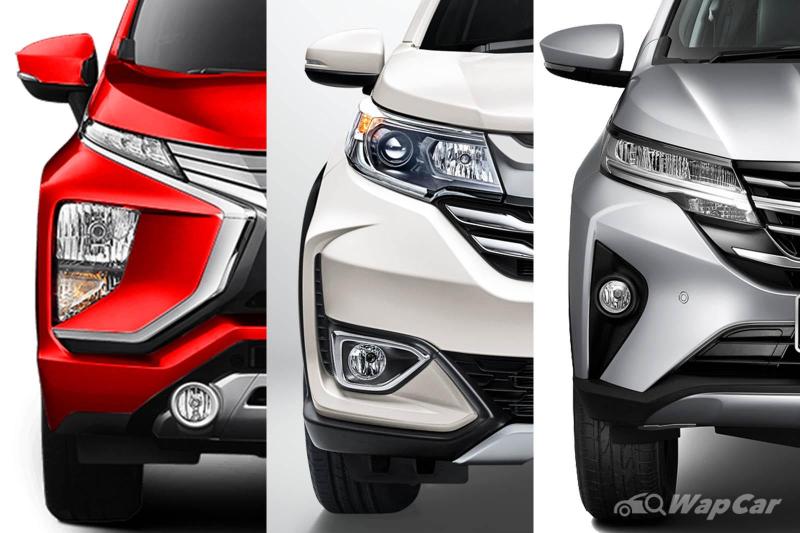 Both Xpander and Aruz come wth LED headlamps. The BR-V still uses halogen projectors. In their respective range-topping trims, the Aruz’s 17-inch wheels are the biggest. The Xpander and BR-V sport smaller 16-inch wheels, making them cheaper to replace. 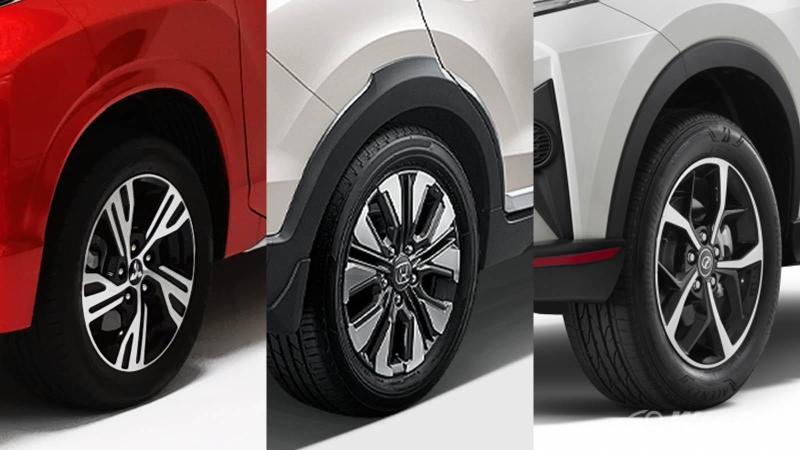 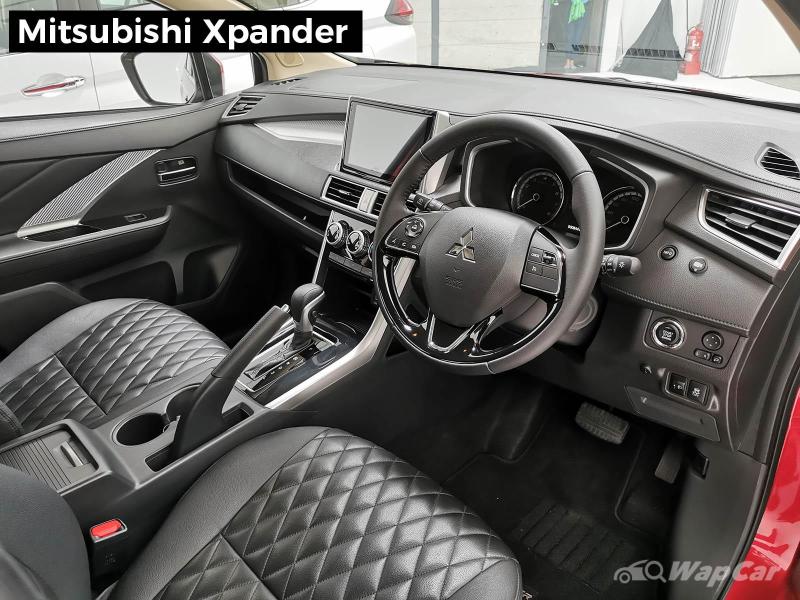 On the inside of all three cars, the controls still remain rather conventional. Air-con controls are still tactile and a good old hand brake lever is still in place. 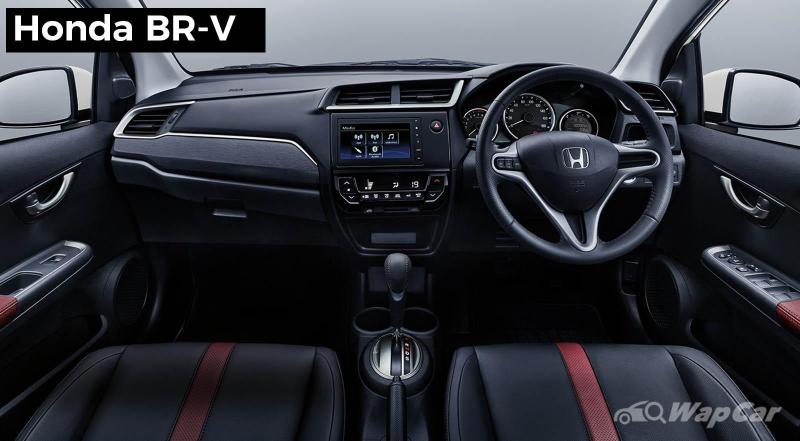 In terms of in-car entertainment, the Mitsubishi Xpander has Android Auto while the Perodua Aruz has Smartlink. 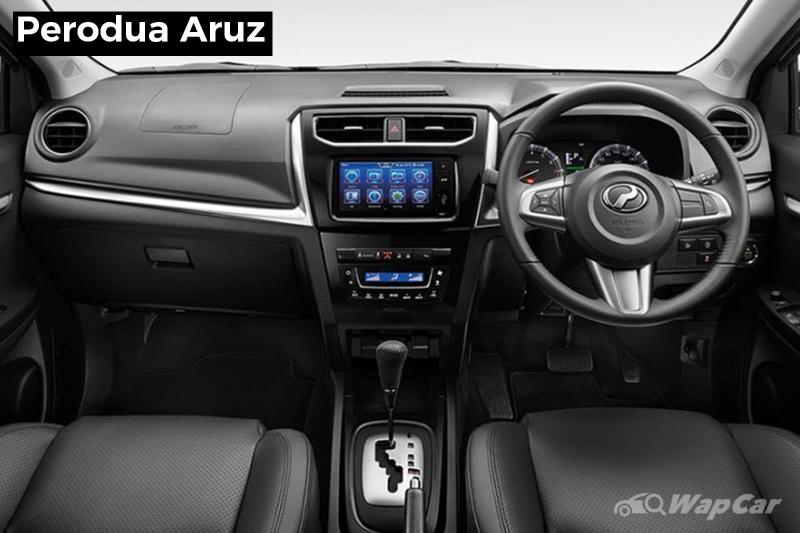 Adding to the convenience of the Xpander are some well-concealed storage spaces like the under-seat tray and compartments under the boot floor.

Boot space is where the Xpander has an advantage. It boasts fully foldable second-row seats, creating 1,630 litres of space for hauling stuff.

With the third-row seats down, the Xpander has a luggage space of 495 litres only, smaller than both the Honda BR-V (539 litres) and the Perodua Aruz (514 litres). 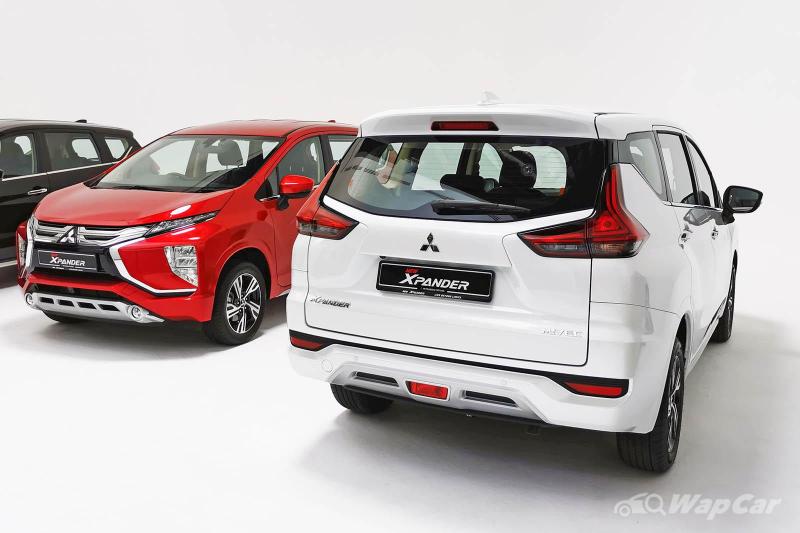 Boot space with all 7 seats up for the Mitsubishi Xpander has not been officially reported. (Honda BR-V - 223 litres; Perodua Aruz - 213 litres).

Safety - The Aruz outclasses the pack

ABS, ESC, and HSA are equipped on all three cars. The main differentiating factor here is the number of airbags. Disappointingly, the Mitsubishi Xpander and Honda BR-V only come with dual airbags. The Perodua Aruz is the only car to come with 6 airbags for total occupant protection.

The Mitsubishi Xpander compensates its dual airbags and the lack of AEB with a 360° camera. Like its rivals, a DVR unit is also available. 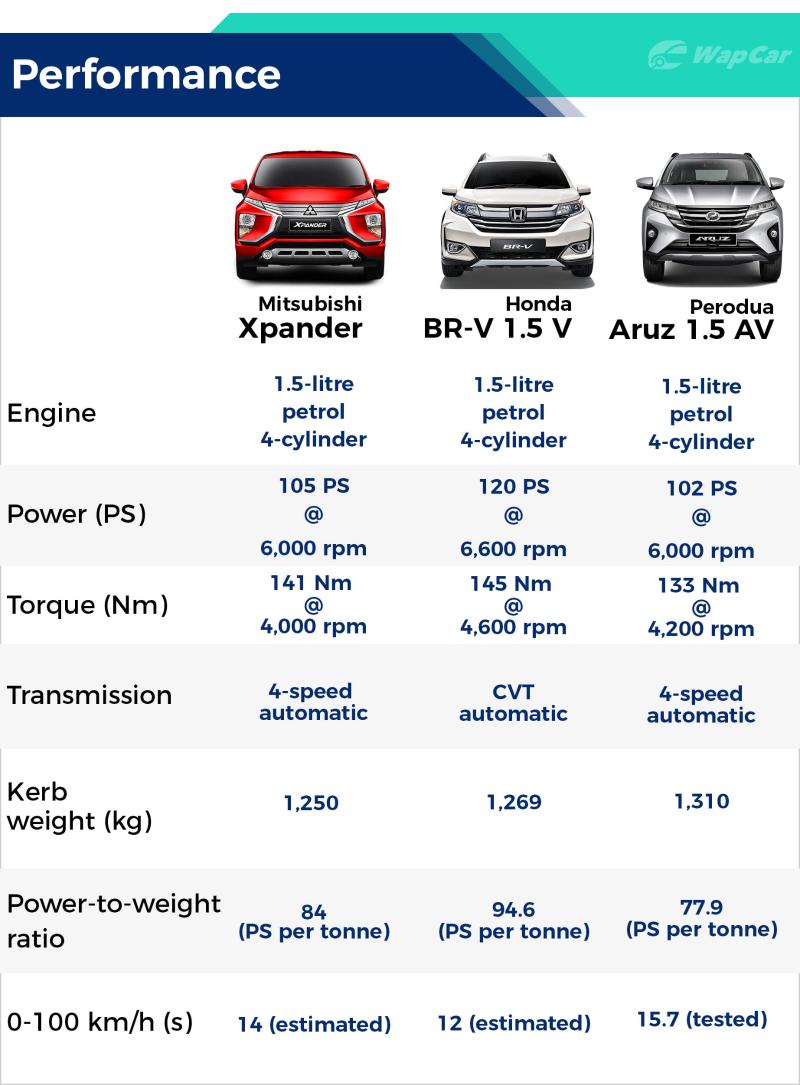 The playing field is rather level in the performance department. All three cars use 1.5-litre naturally-aspirated engines. The most powerful of the lot is the Honda BR-V with 120 PS/145 Nm followed by the Mitsubishi Xpander with 105 PS/141 Nm and the Perodua Aruz with 102 PS/133 Nm. 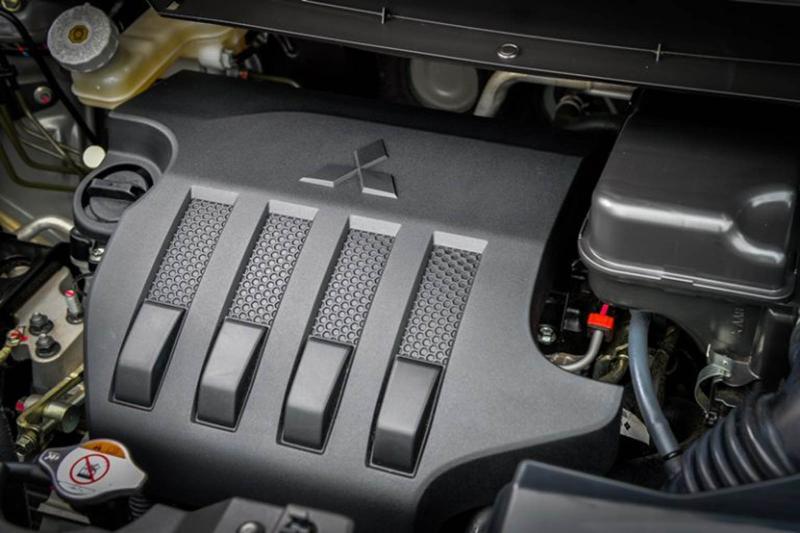 The Honda BR-V is the only one to use a CVT gearbox. We have only done the century sprint in the Perodua Aruz and managed 15.7 seconds. The BR-V and Xpander are yet to be tested but we do expect them to be faster than the Perodua. 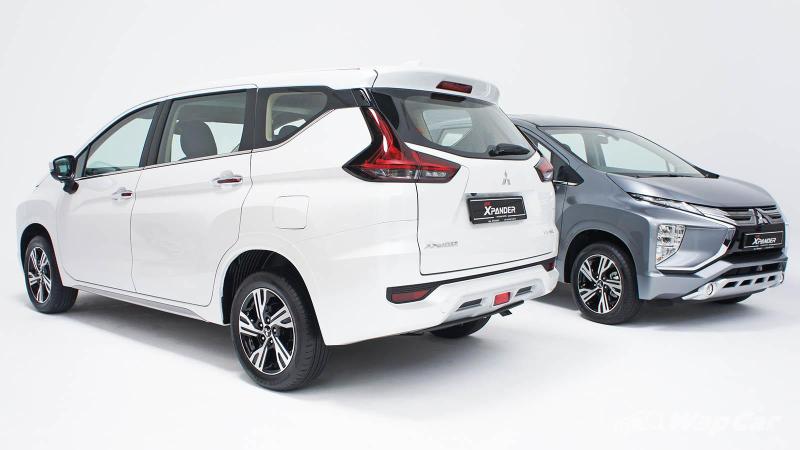 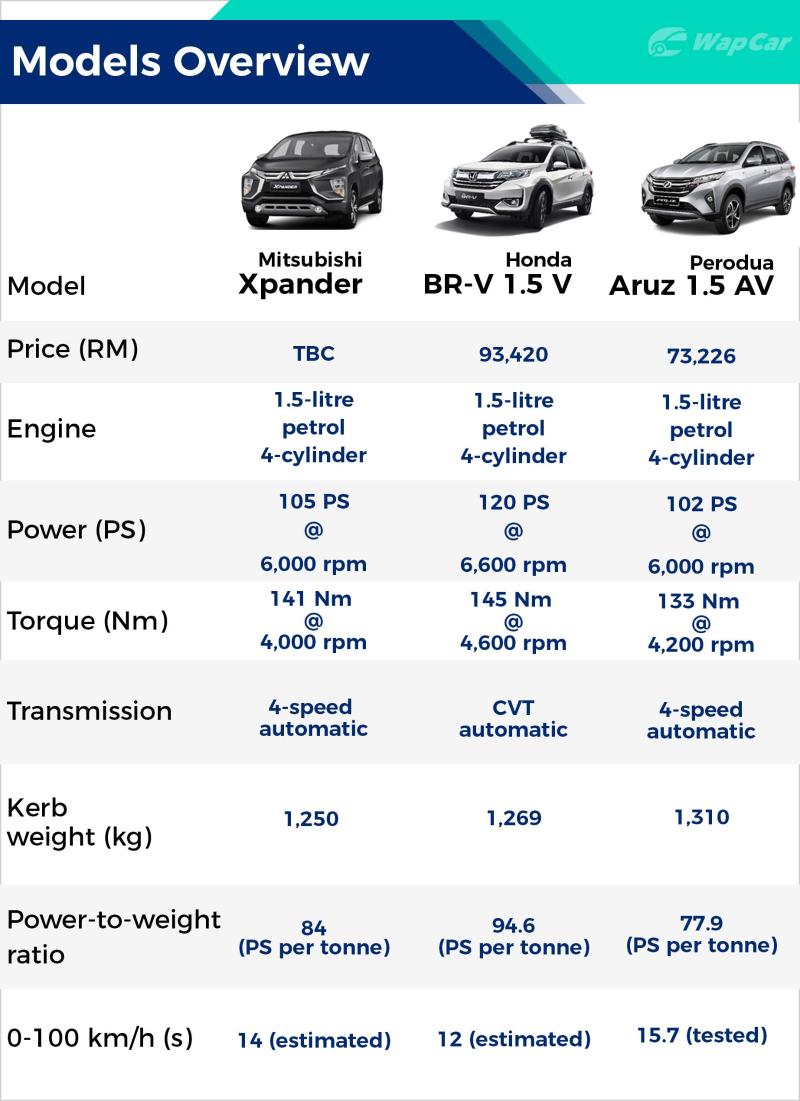