Home > News > 2020 Nissan Almera – What are the Thailand media saying?

2020 Nissan Almera – What are the Thailand media saying? 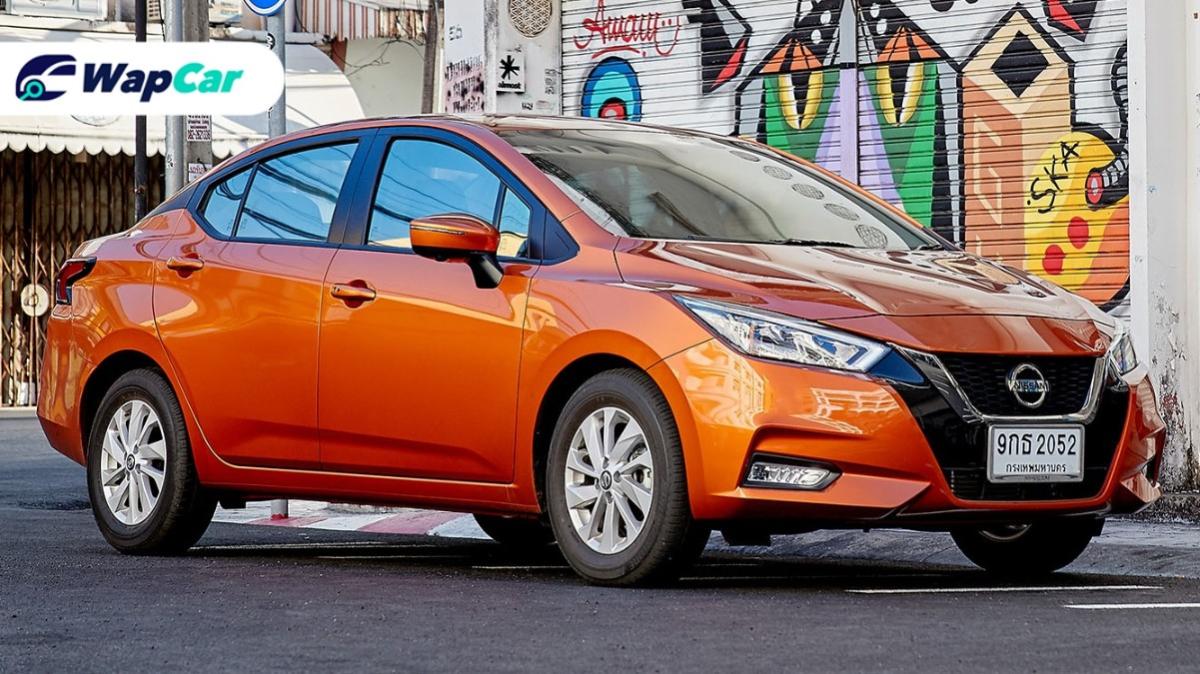 Debuted at the 2019 Thailand International Motor Expo, the all-new 2020 Nissan Almera’s spec sheet is one impressive piece of paper, especially the range-topping VL. Full suite of ADAS available, turbocharged engine, and competitively priced to boot. But what looks good on paper doesn’t always make it a brilliant car, here’s what the Bangkok Post has to say about the new Almera after driving it. 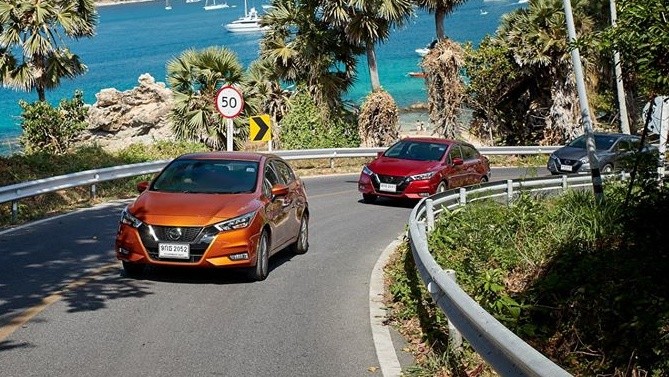 When the all-new Nissan Almera made its first appearance, many were taken by its new stylish looks. It now bears the signature Nissan V-design on the front and has lines that make the sedan look faster than it is. 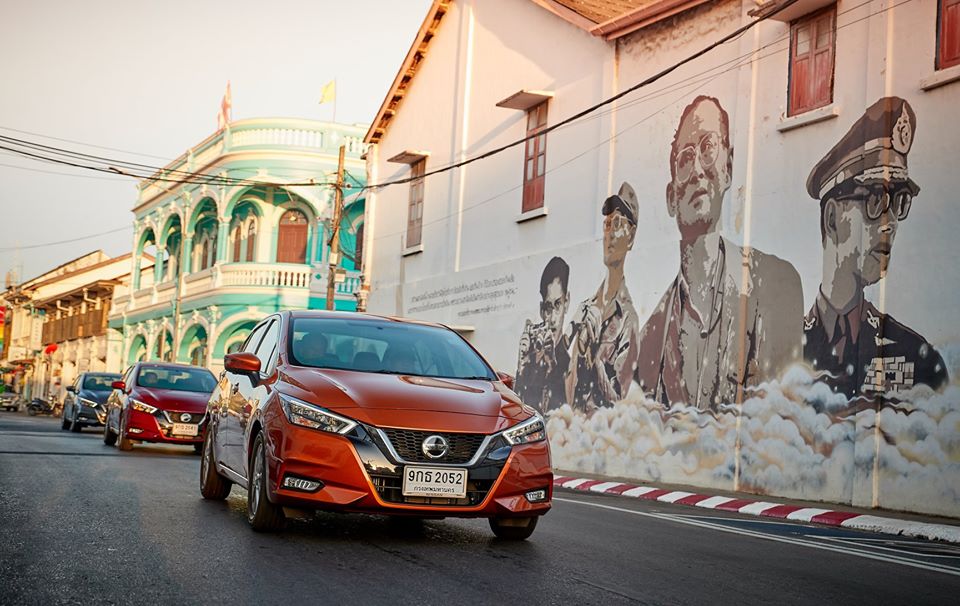 On the inside, the Almera retains its signature spacious cabin thanks to its class-leading wheelbase length. Bangkok Post reported that the rear legroom makes one feel like they are sitting in a limo though headroom in the rear is still a squeeze. 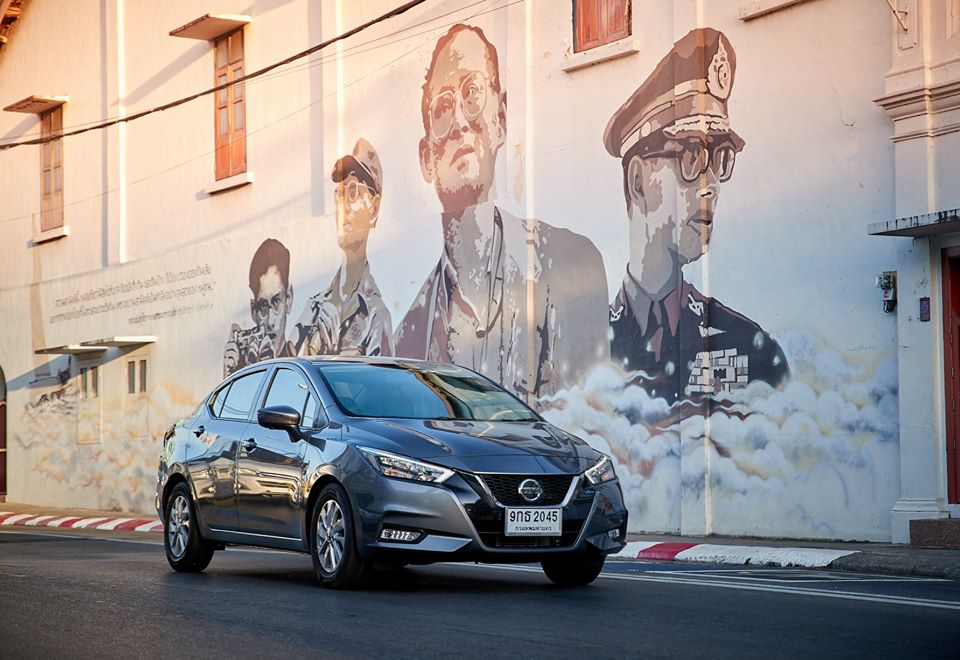 The large windows give the cabin an airy feel while the fabric seats are a comfortable affair. Then again Nissan has always been good at providing comfortable seats ever since they introduced the Zero-gravity seats in the 2014 Nissan Teana. No leather seats for the Almera, even in this top-spec VL. 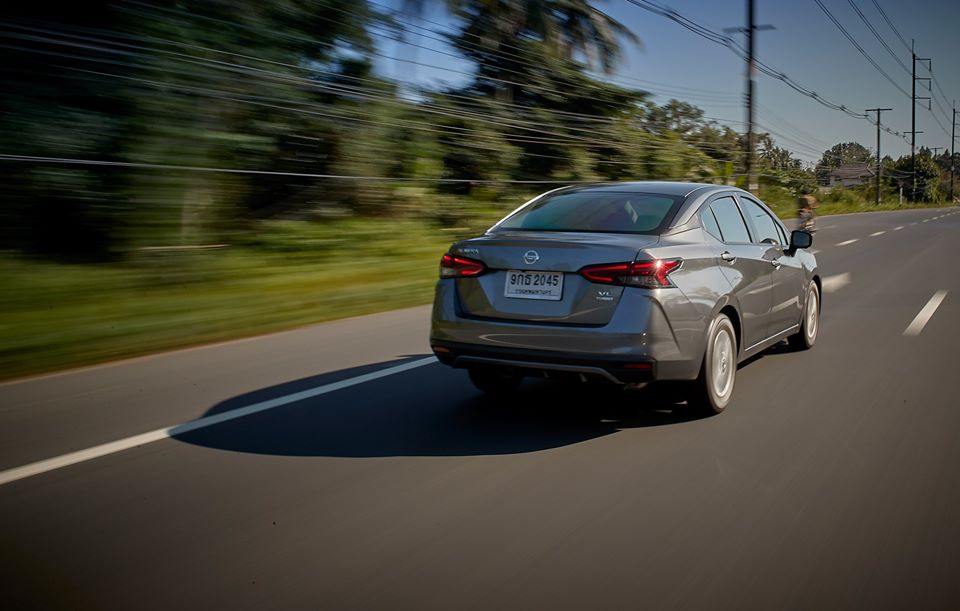 The driver will have the most comfortable in the car. Bangkok Post described the driving position in the Almera is practically “faultless” thanks to the many adjustments the driver can play around with to find the best driving position. 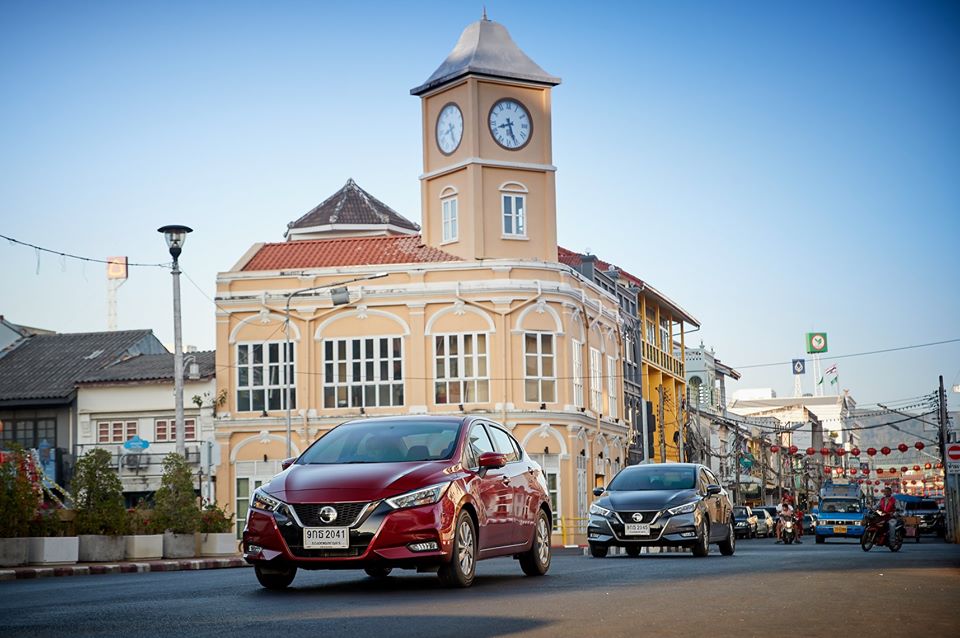 The infotainment is reportedly easy to use, the system comes complete with Apple CarPlay and is Android Auto ready. 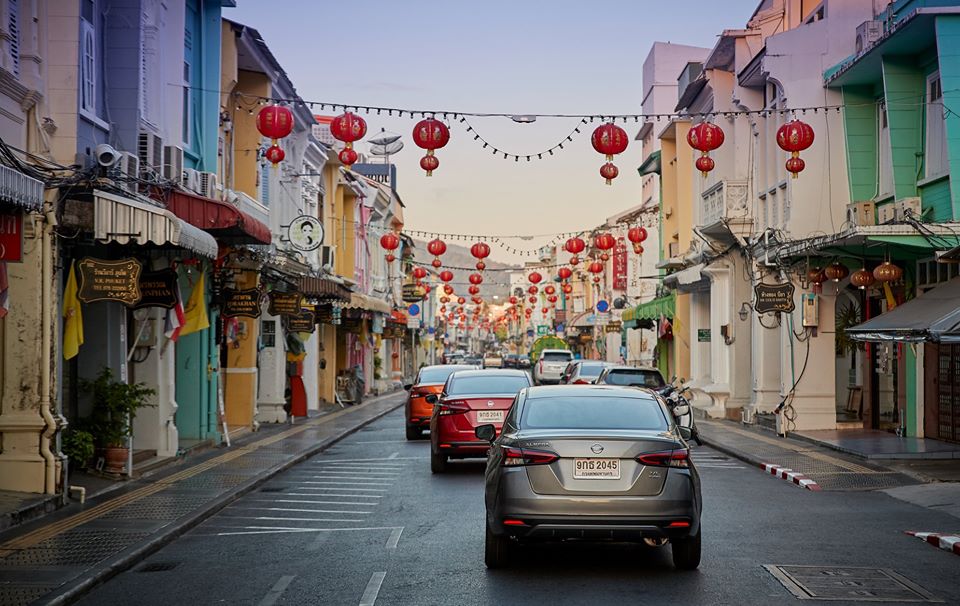 The jury is still out on whether the white accent across the dashboard is a good addition. But other than that, the Almera’s interior is still functional and the soft-touch materials give the interior a premium finish. 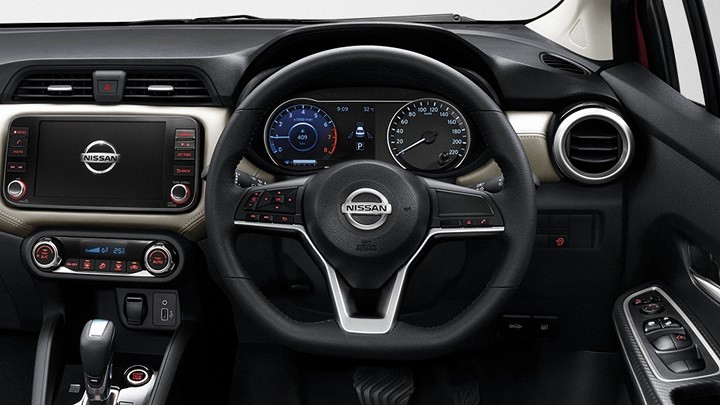 Of course, the new Almera still retains its massive boot space, but unfortunately, the rear backrest is still not foldable so you can’t increase the boot space to fit longer items. The Bangkok Post suspects that the lack of foldable seats and even adjustable head restraints in the back seat is to keep costs low. 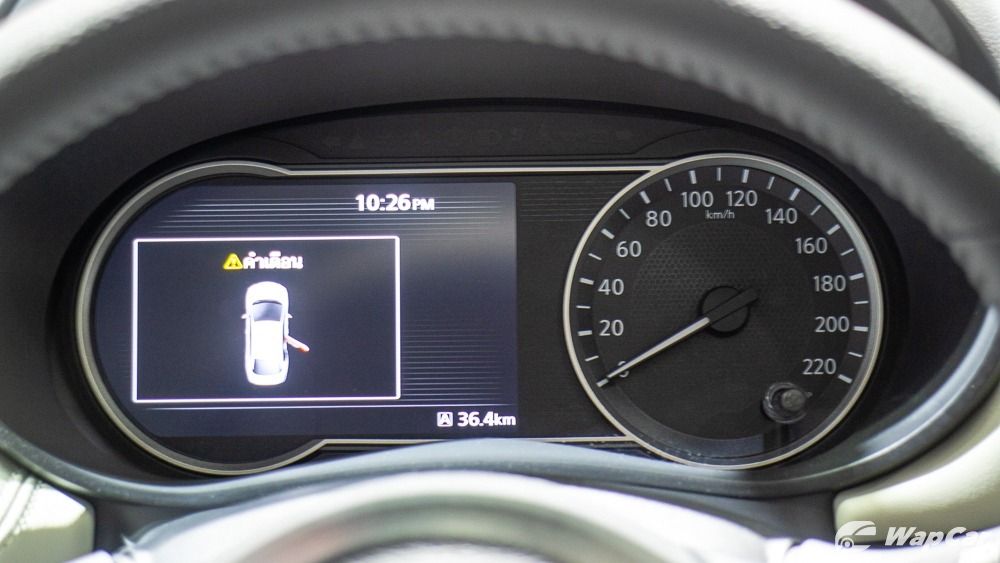 There seems to be no improvement in the way the new Almera drives. Steering feels numb at best but still a good set up for driving around town. The 1.0-litre turbocharged engine is punchier than before though turbo lag is still rather evident. 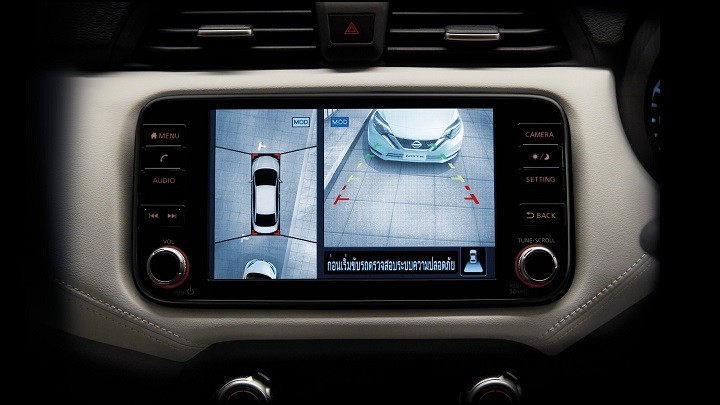 The Bangkok Post notes that the Almera’s driving experience is rather one-dimensional as the sedan is set up for an effortless drive in the city. The effortless drive is also paired with pliant suspension that easily irons out the pockmarked roads of the city. 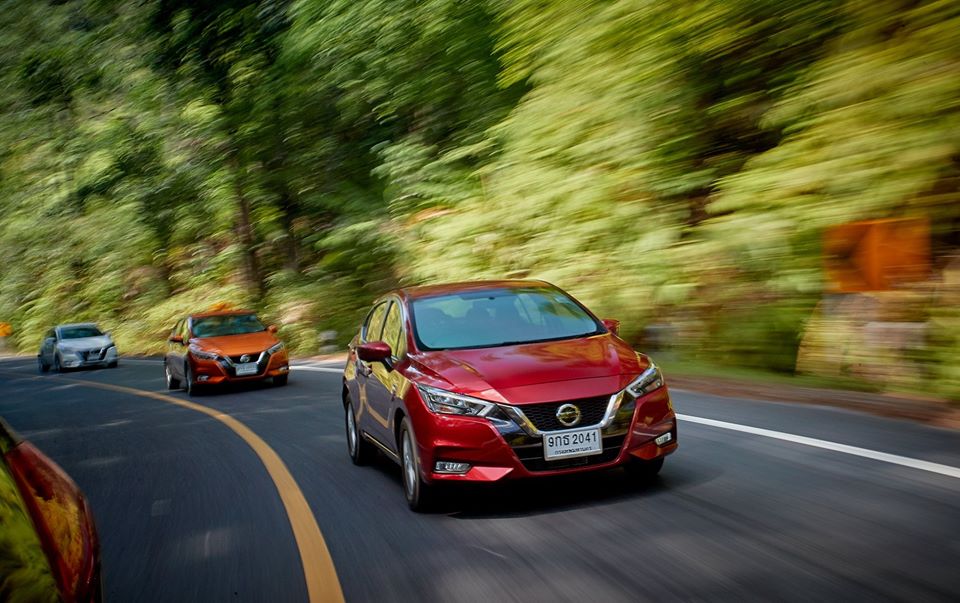 Drive it out of the city and the Almera’s 1.0-litre engine (100 PS, 152 Nm) engine will start feeling breathy, and there is no Sport button to enhance the sedan’s engine response or CVT transmission.

The Almera is also said to lack the refinement of its closest rival, the 2020 Honda City. The three-cylinder engine emits excessive vibration even at idle-speed. 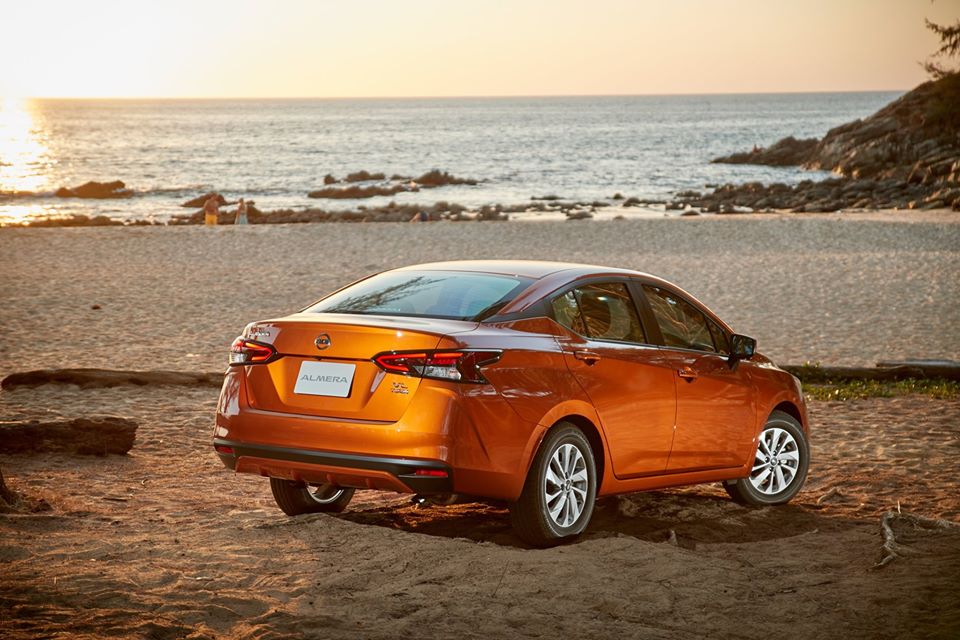 But all said, the Almera’s new engine is still a much-needed improvement over the old breathy engine. It is unlikely that Malaysia will be getting the little turbocharged engine and will make do with a 1.5-litre naturally aspirated petrol engine instead. 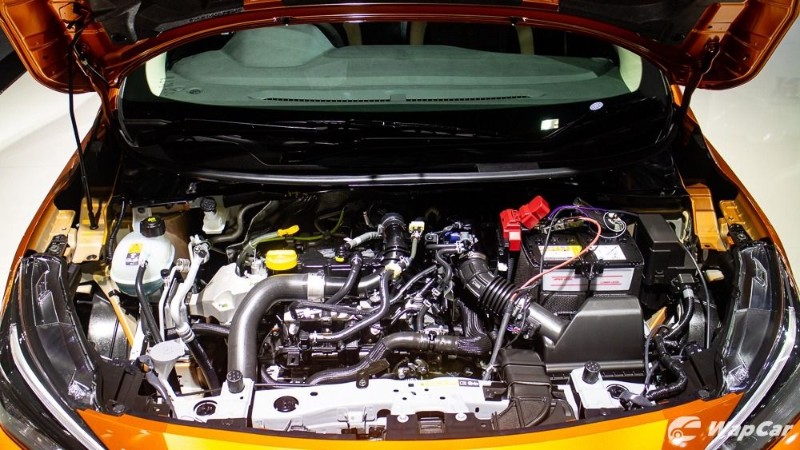 All-in-all, the all-new Almera remains the car that you want to buy if you want a comfortable people carrier in the city and to make good financial decisions. 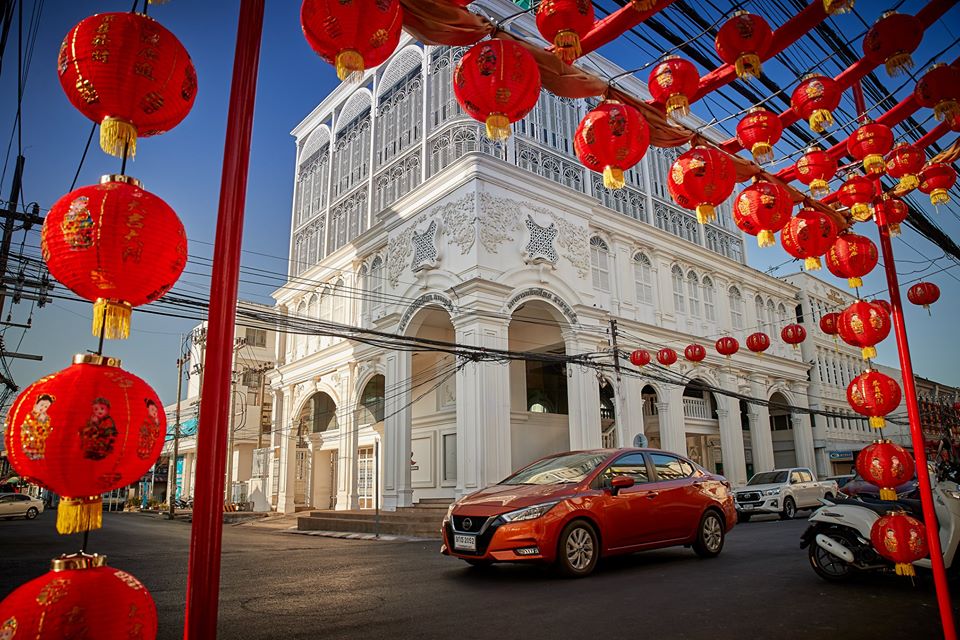 Everything about the sedan’s driving experience right down to the pliant suspension seems to be set up for the perfect drive around the city. 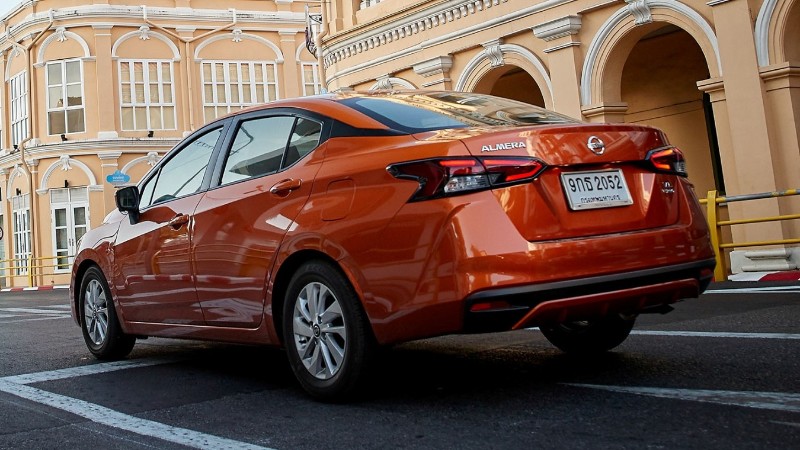 The Bangkok Post rated the car 7 out of 10. They described the car as although still “bland”, the Almera is still a massive improvement over the previous generation with its better drive and punchier engine while maintaining all the attributes that made the sedan a popular car.