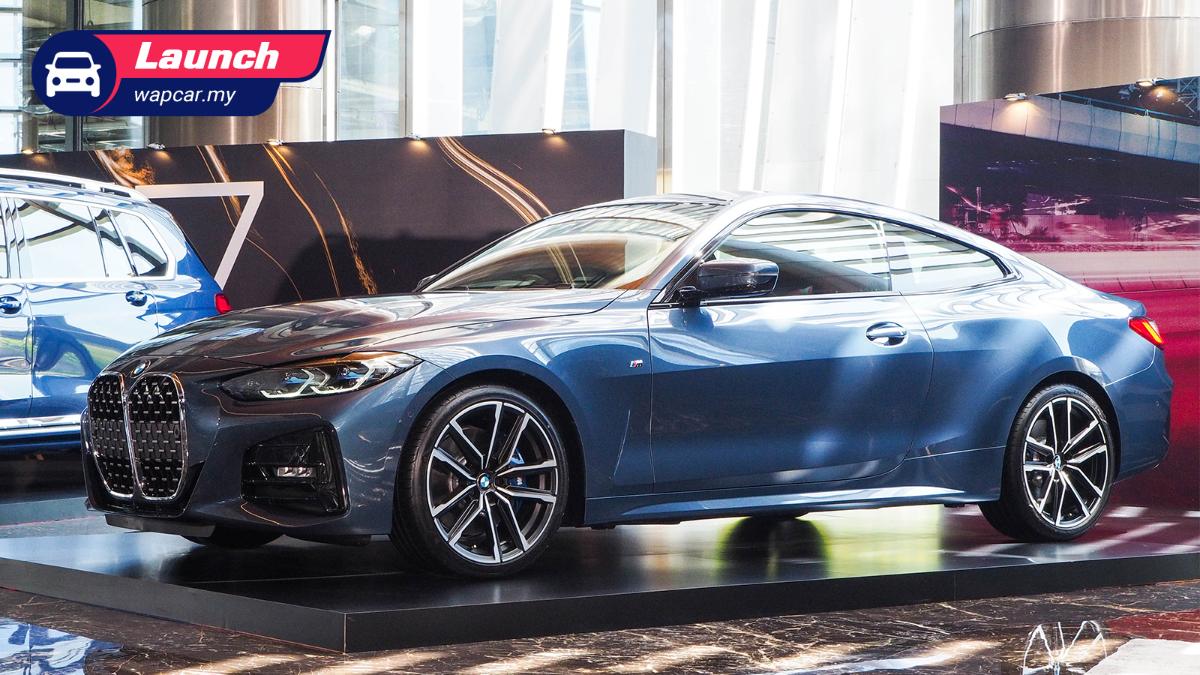 This is it - BMW's huge new grille trend has finally reached Malaysia with today's launch of the all-new 2021 BMW (G22) 430i M Sport Coupé. Prices for the fully-imported (CBU) sports car starts from RM 405,600 sans extended warranty and service package. 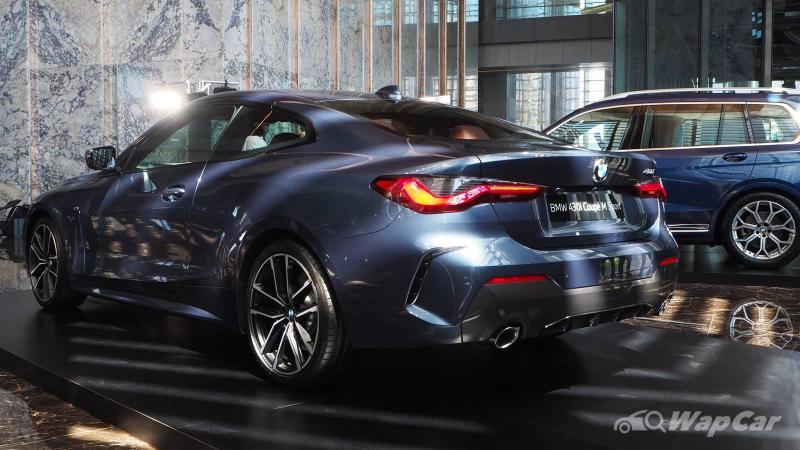 In case you haven't heard, BMW's prior 5-year warranty and service package is now optional. Should you pick this option, then the 430i M Sport will be priced from RM 418,800 for you. 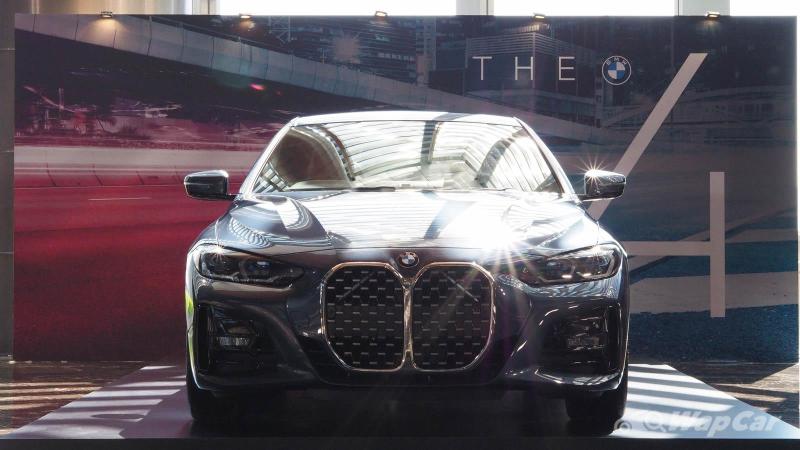 BMW terms this, uh, controversial design as the brand's 'latest headway in the pursuit of bespoke design' and having seen it in person, it really doesn't look as bad as some people make it out to be. 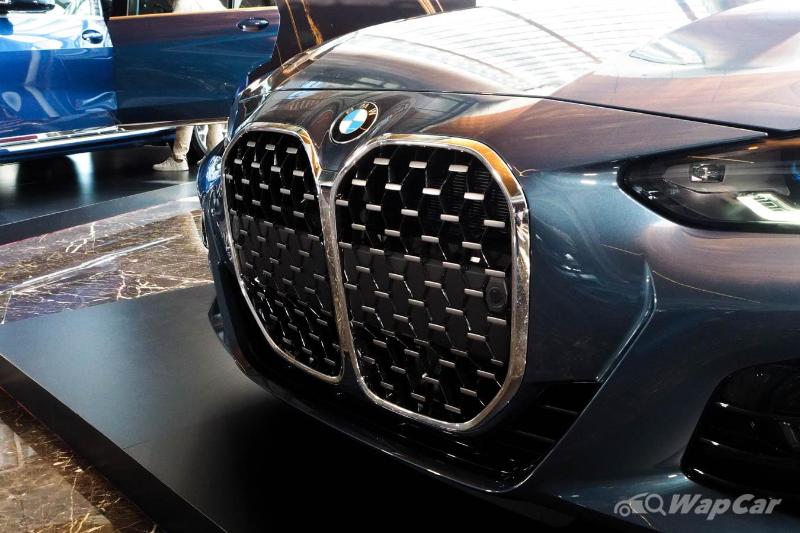 The company also says that the high-gloss chrome kidney grilles - which feature seemingly-floating ornaments that form a honeycomb pattern - pays homage to iconic models in the company's history, such as the 1930s' BMW 328. 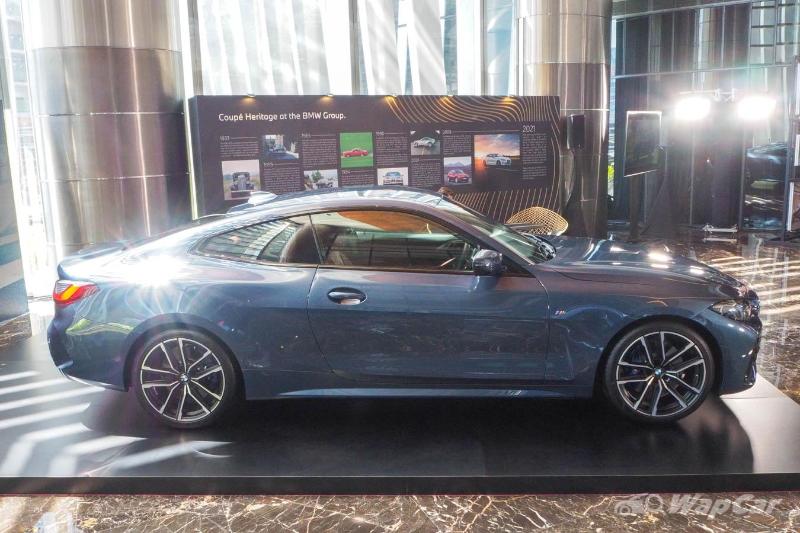 Much has been said about its grille already - including how boring the new 4 Series will look if it was more 'normal' - so we'll skip that topic and move on to the rest of the car.

Looking at it from the side, the short overhangs and long doors (which are the longest BMW's ever made, how's that for trivia?) contribute to a lithe figure that flows fluently into a relatively-muted rear end. 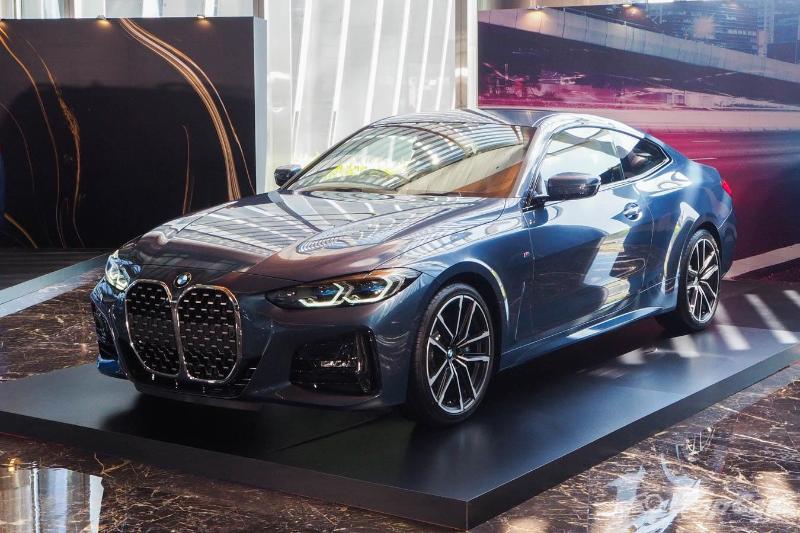 Keen eyes will spot that the new 430i is ever so slightly longer, wider, and taller than its F32-generation predecessor: 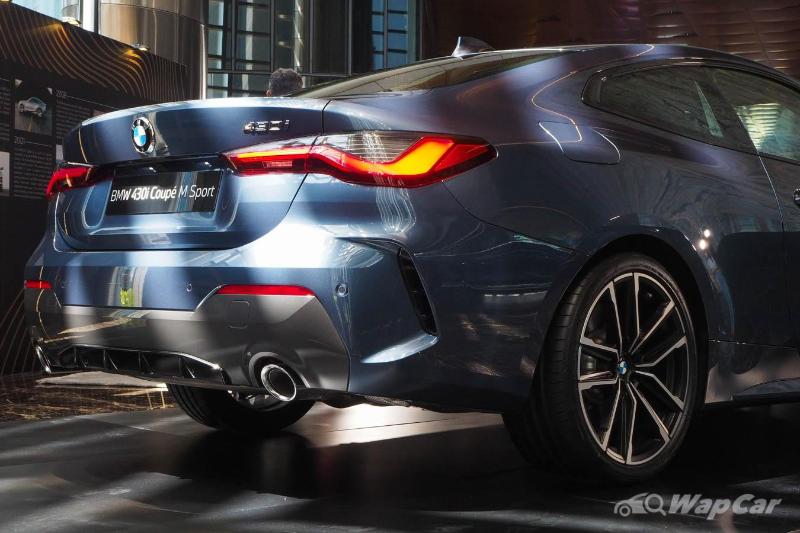 And since ours wears the M Sport outfit, the 430i gets the M Aerodynamics Package, BMW LaserLights, and Shadow Line trimmings. 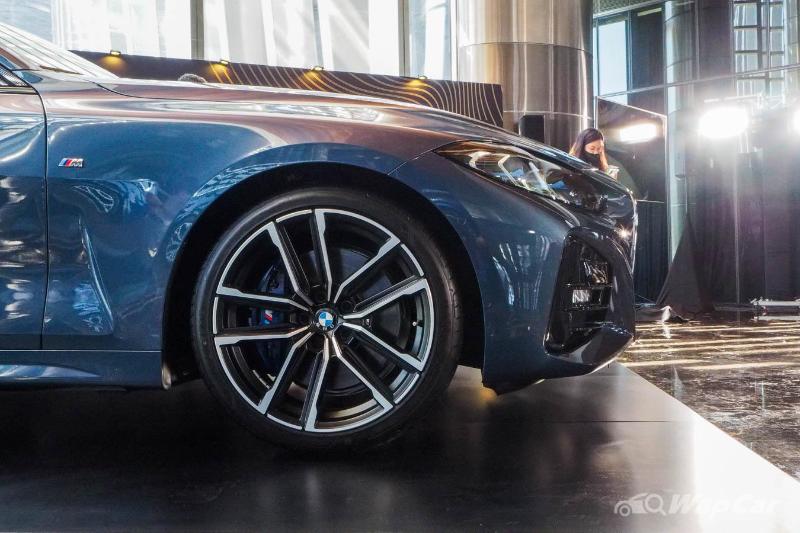 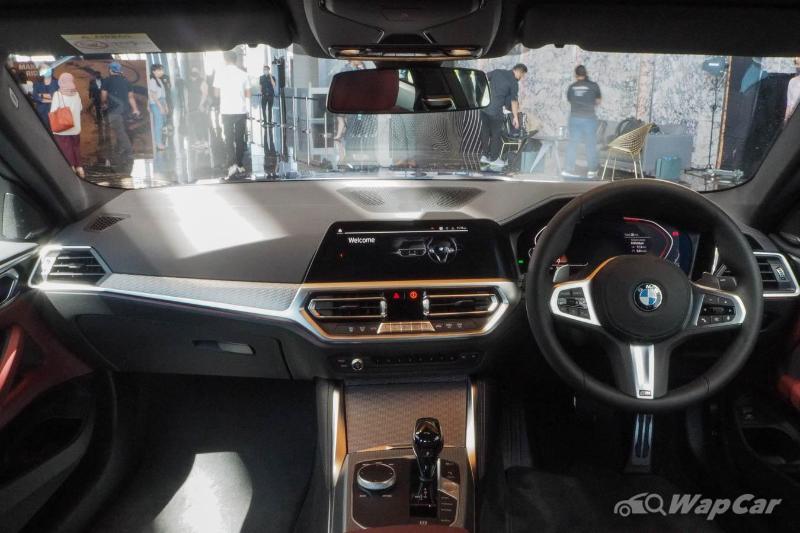 The interior is a rather sporty place to be in. Standard fitments are sports front seats, Vernasca leather upholstery (with Sensatec instrument panel covering), Anthracite headliner, and M-specific stripes on the seatbelts. 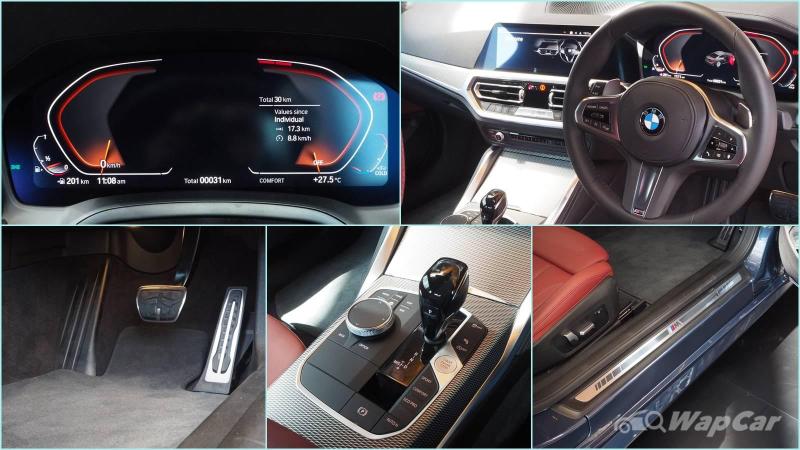 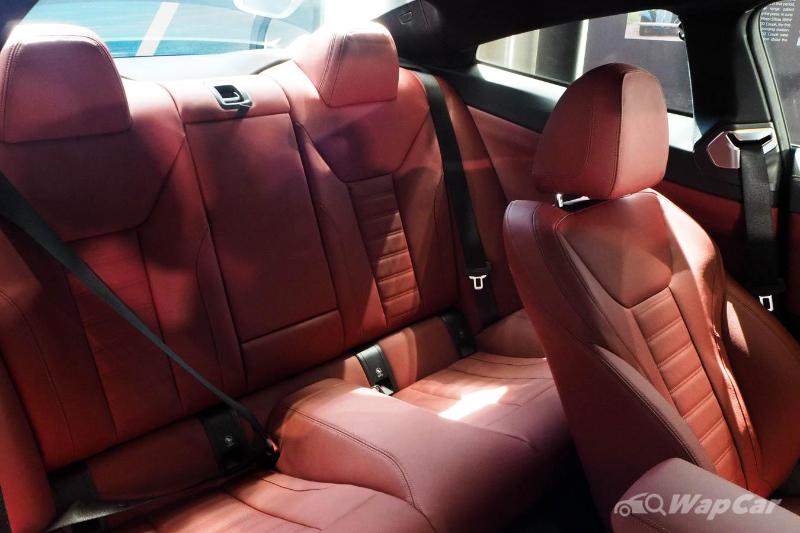 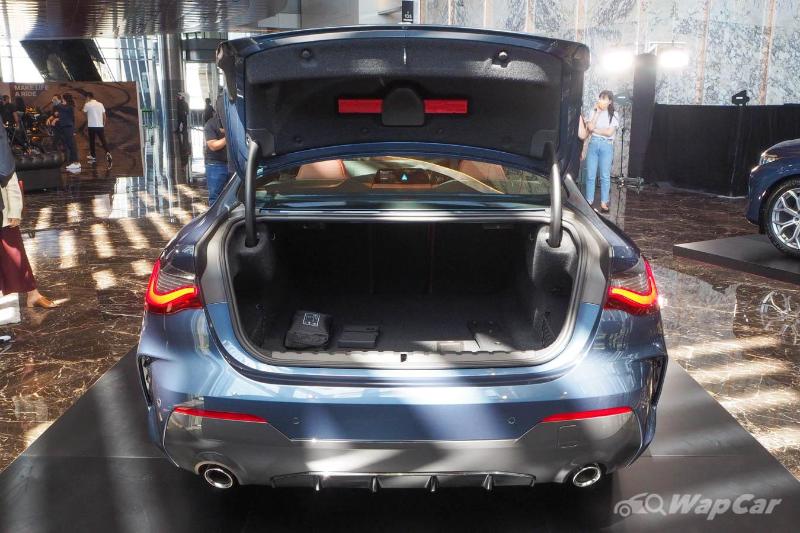 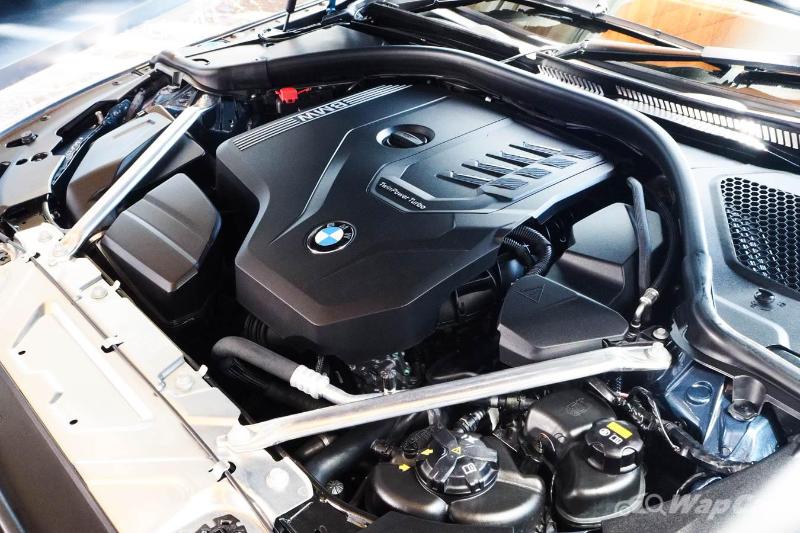 Powering the 430i is a 2.0-litre, turbocharged four-cylinder mill churning 258 PS and 400 Nm of torque, with power sent to the rear wheels via an 8-speed automatic transmission.

It's claimed the coupé can run the century sprint in just 5.8 seconds, before hitting its top speed of 250 km/h. 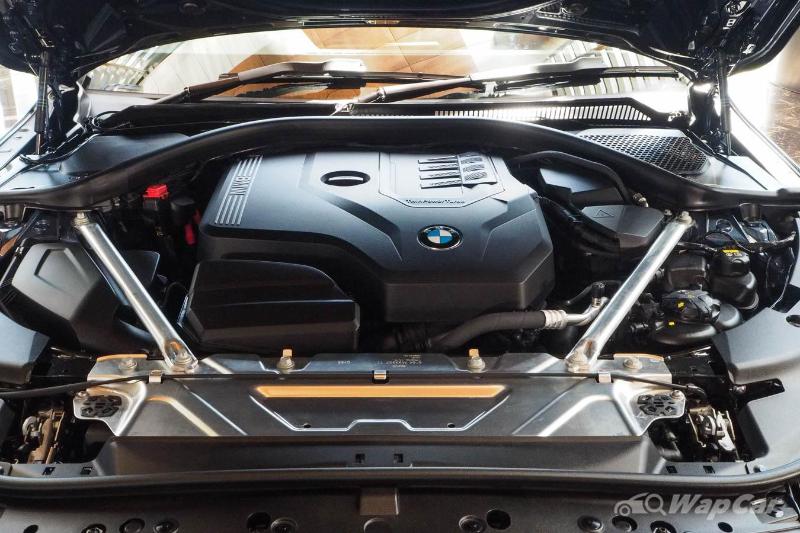 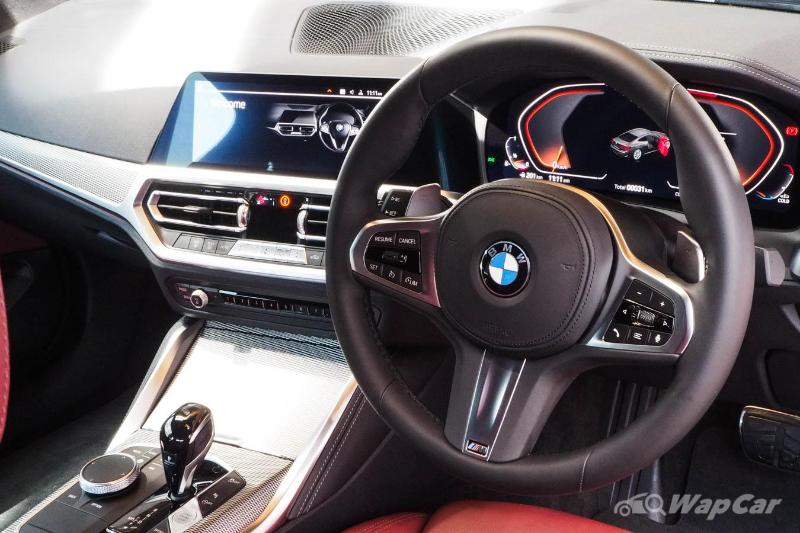 Safety wise, here's what the 430i comes with:

What else was launched? 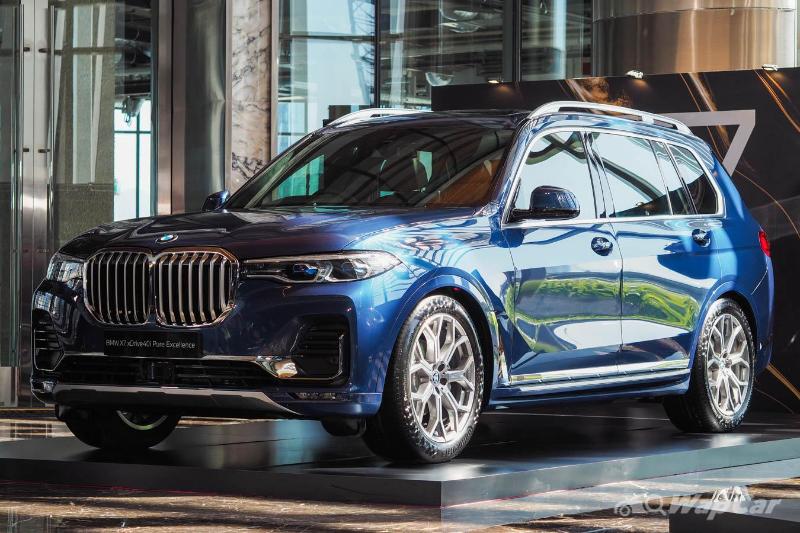 At the same event, we've got to preview the upcoming locally-assembled (CKD) 2021 BMW X7, which you can read about here. 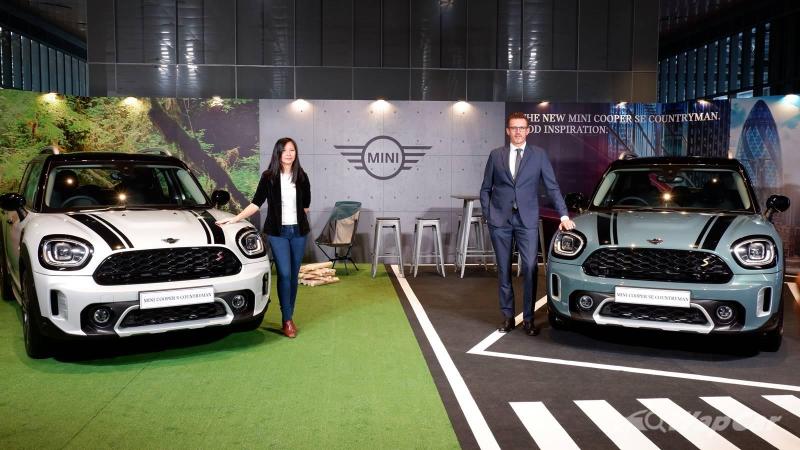 Other than that, there also were the facelifted 2021 Mini Cooper S Countryman and SE PHEV.