HomeNews2021 Honda City Hatchback vs Toyota Yaris facelift – Should you wait or not?

2021 Honda City Hatchback vs Toyota Yaris facelift – Should you wait or not? 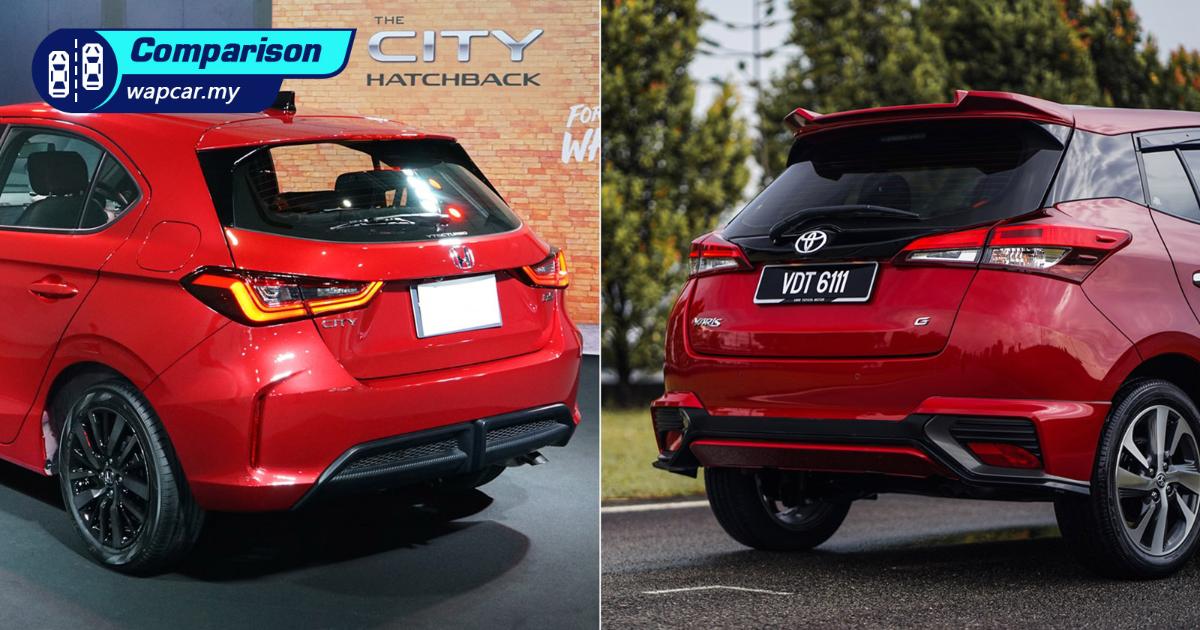 After an absence of 26 years, the Honda City nameplate returns to the hatchback body style.

Following its global debut in Thailand, the question among many Malaysians would be whether to decide on the 2021 Honda City Hatchback or the upcoming Toyota Yaris facelift. 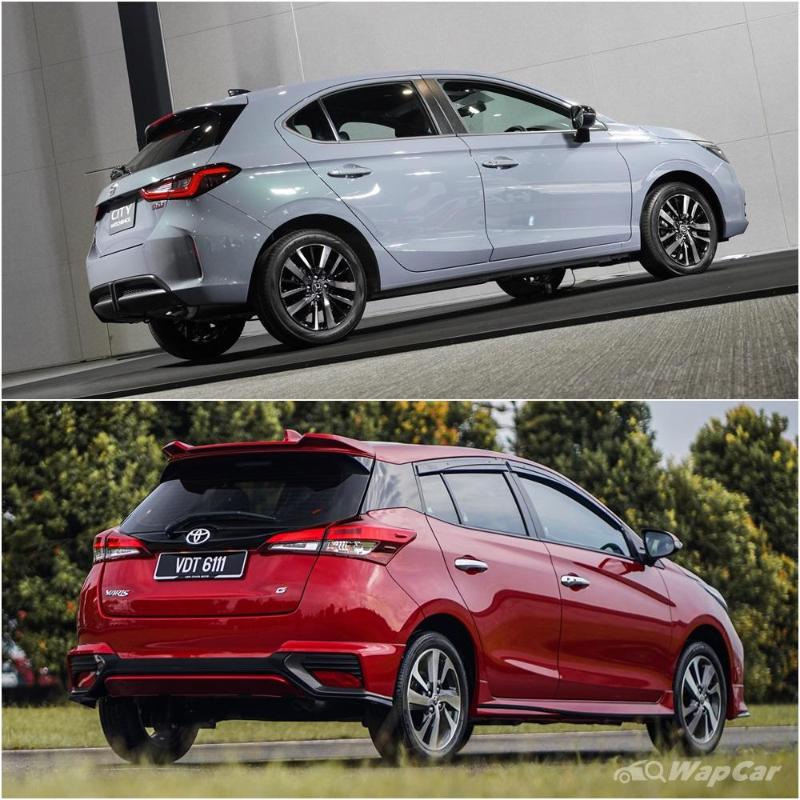 Granted, it would take a while before the City with a shorter booty comes to Malaysia. Meanwhile, the Yaris facelift is expected to be launched in December but nevertheless, we love comparing cars here at WapCar.

Without dragging on for long, let’s do a quick comparison between the two B-segment hatchback rivals.

Dimensions – The City Hatchback is huge

The Honda City is one of the largest B-segment sedans with a length that is a little over the 4.5-metre mark. Based on the table above, it looks like the Honda City Hatchback could follow its bigger twin in terms of offering class-leading spaciousness.

Overall, the City Hatchback is bigger than the Yaris in terms of length but only a smidge taller and wider than Toyota's hatchback.

On the other hand, the difference in wheelbase isn’t much also between the two hatchbacks but the City Hatchback manages to squeeze 39 mm ahead of the Yaris.

As the Honda City Hatchback is currently only launched in Thailand, there is only one engine available which is a 1.0-litre turbocharged 3-cylinder engine. 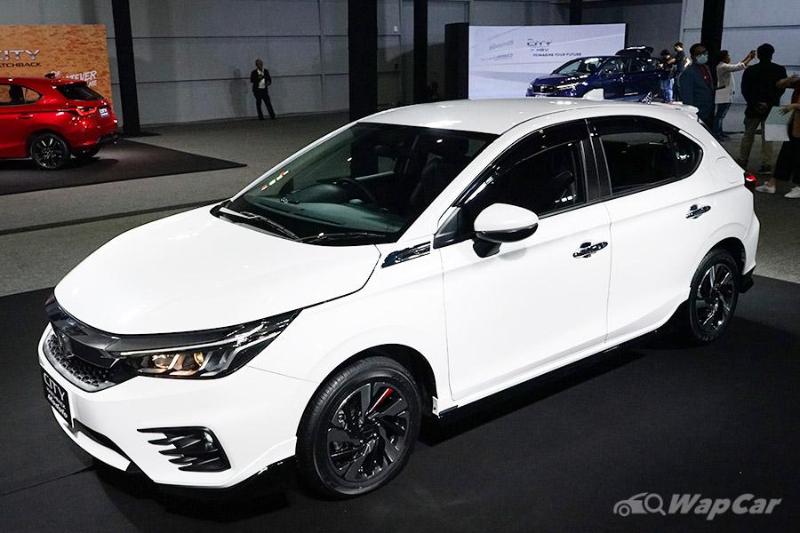 Overseas markets including Malaysia could see the 1.5-litre DOHC engine be transplanted into the City Hatchback, but for now, we’ll compare the Yaris with what’s officially launched.

As you can see, the turbo gives the City Hatchback a power advantage over the Yaris but like we’ve said before, Thailand has tax incentives for engines with low CO2. Plus, we think that the 1.5-litre engine is more superior for the City. 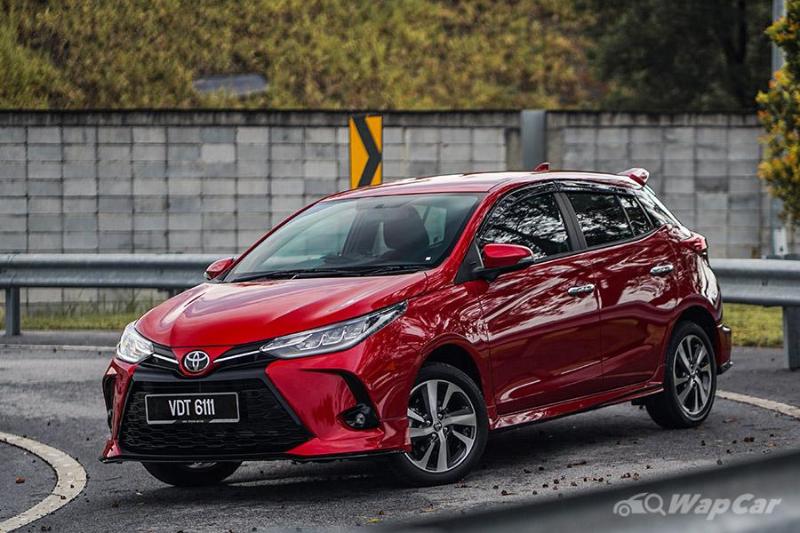 Meanwhile, the Yaris might be lacking in terms of power compared to the City but the 1.5-litre 2NR-FE engine is noted for its reliability. 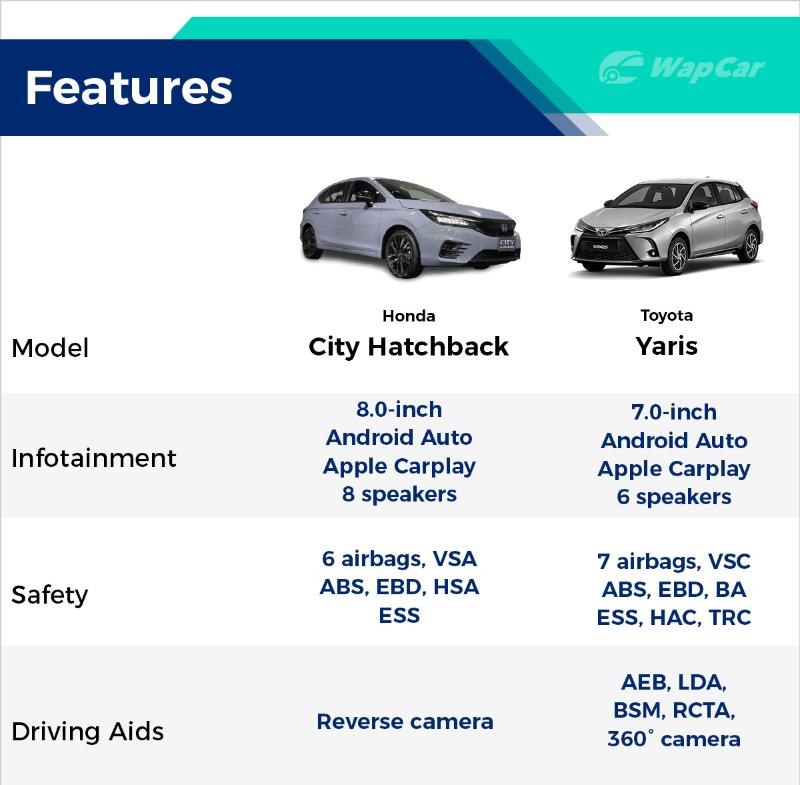 While the Thai-spec City Hatchback offers better power than the Yaris, it’s obviously very much lacking in the safety department.

Before we mull over the obvious lack of safety features in the Thai City Hatchback, let’s just go over the variants quickly.

The Thai-spec City Hatchback comes in 3 variants; the base S+, the middle-of-the-range SV, and the top-of-the-line RS. 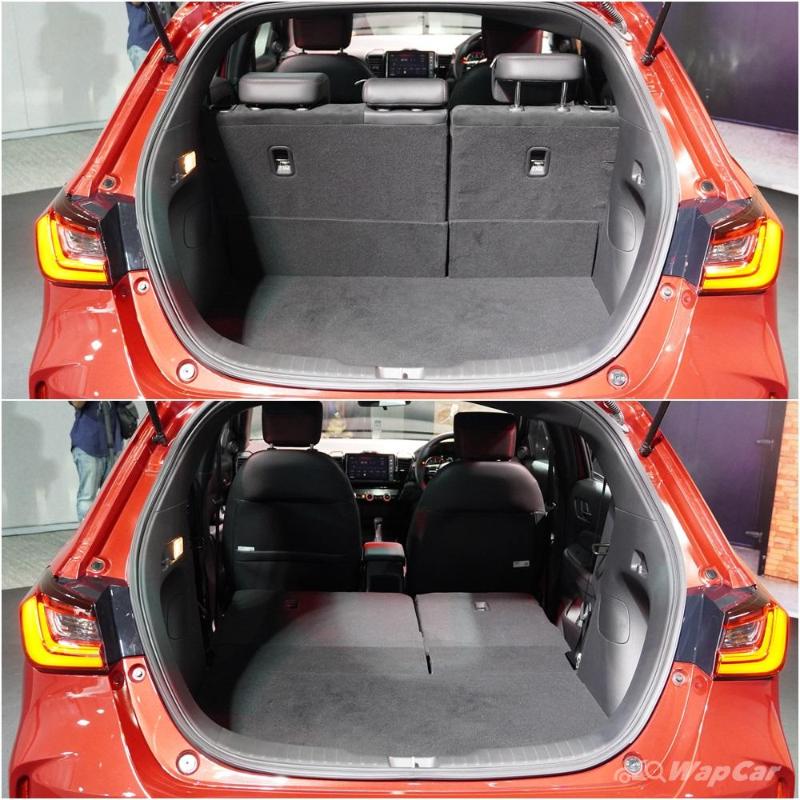 As the City Hatchback is replacing the Jazz in Thailand and a few other markets, it retains the Jazz’s fabulously practical Ultra Seats feature which gives owners 4 different loading modes which are Utility Mode, Long Mode, Tall Mode, and Refresh mode. 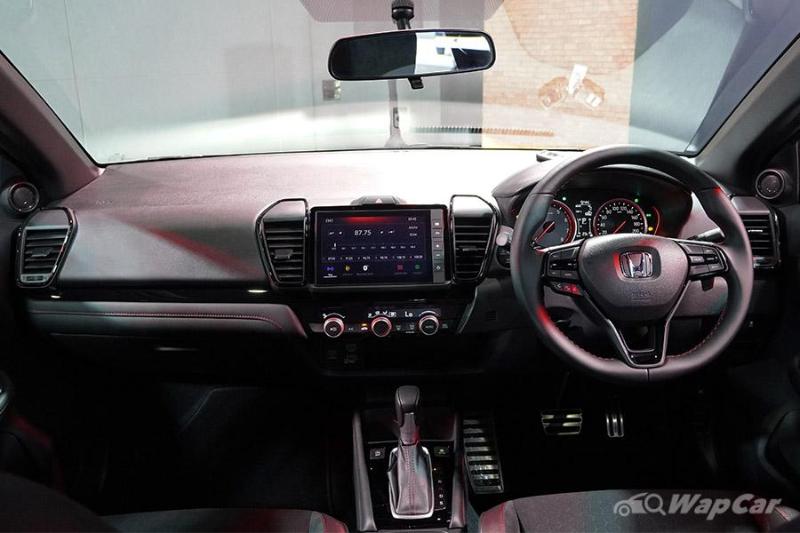 While support for Android Auto and Apple CarPlay is only available on the SV and RS variants, the safety features are a bit bare-bones compared to the Malaysian-spec Yaris. 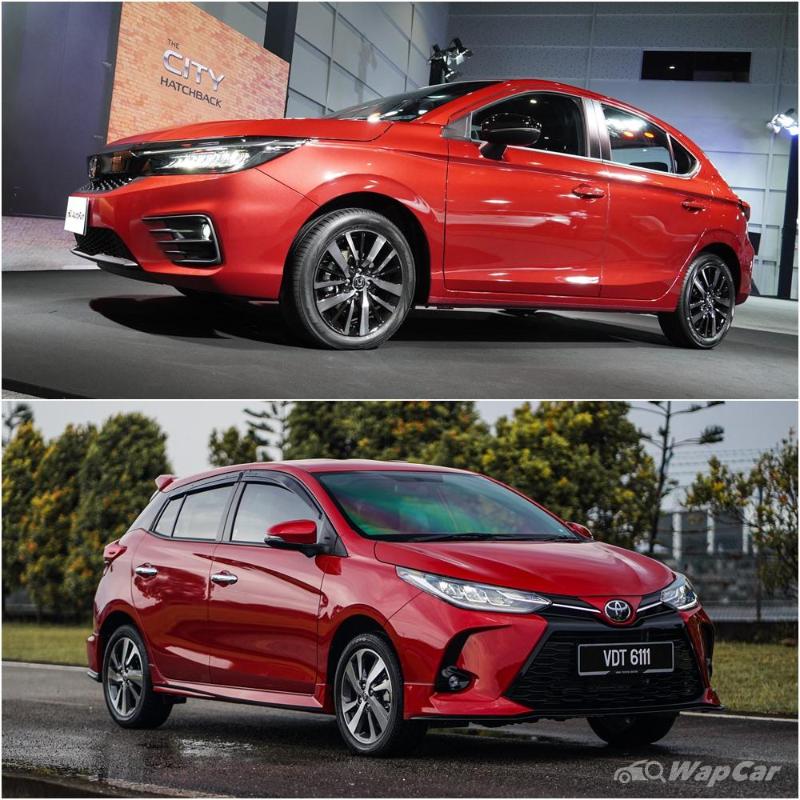 It is important to note that we are comparing the Thai-spec City Hatchback and the Malaysian-spec Yaris facelift. So, we can’t really give a proper or frankly a fair conclusion here.

While the Honda City Hatchback does look like a beautiful replacement for the Honda Jazz, based on the features, it’s very obvious which is our choice in this quick comparison. 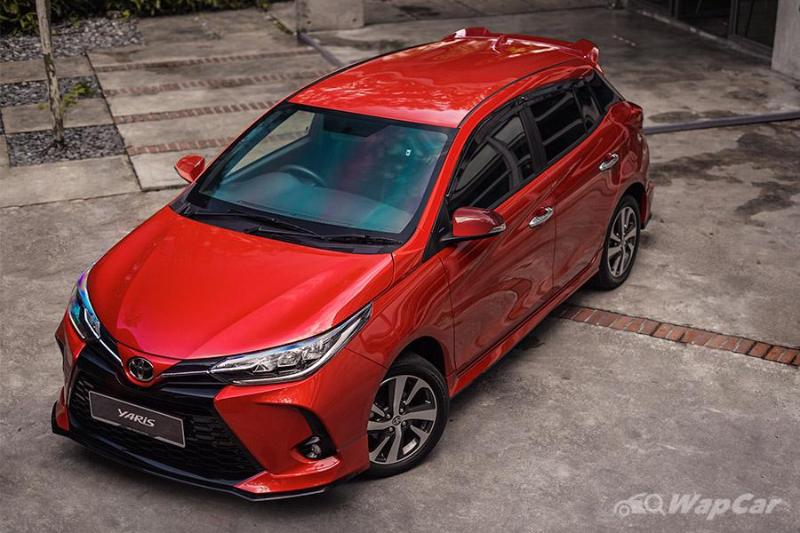 Malaysians would be getting better-equipped variants than our northern neighbours but it might take a while for the City Hatchback to make it here. If you can’t really wait until 2021 but are in need of a B-segment hatchback, the Toyota Yaris seems like a good fit.

Special thanks to our Thai sister site, Autofun for providing us the photos of the Honda City Hatchback.