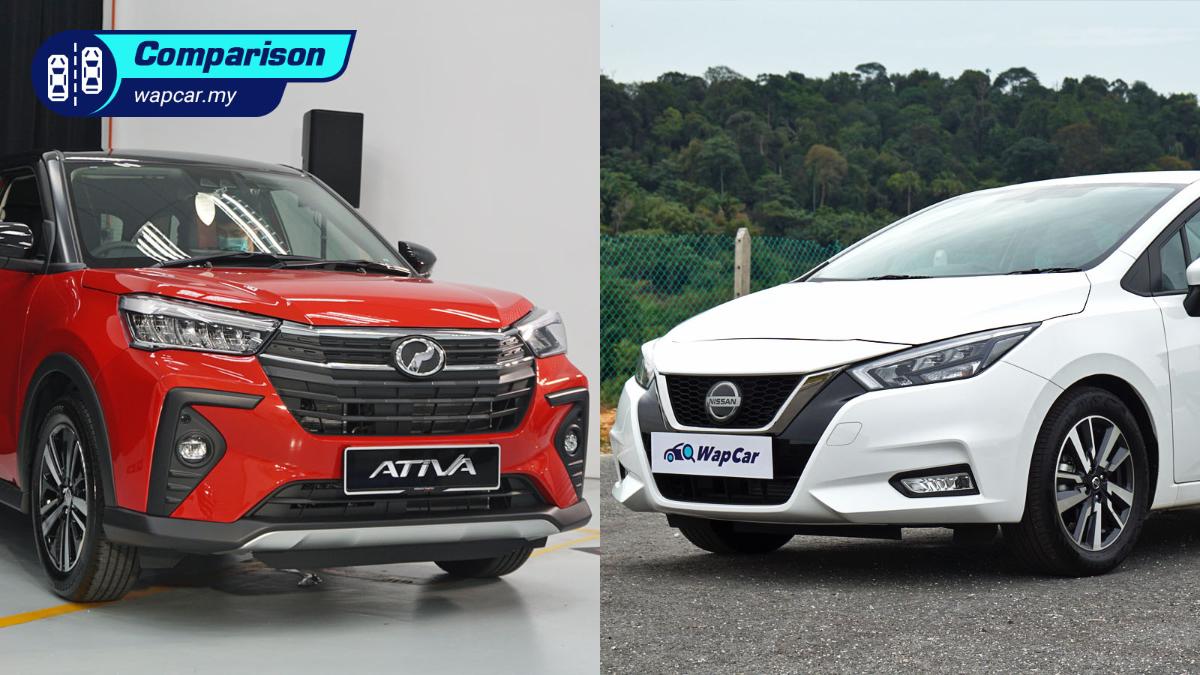 Long awaited since last year, the Perodua Ativa is finally launched in Malaysia. This is the most exciting car in 2021 for Malaysia, and the biggest leap forward for Perodua. Powered by a 1.0-litre turbo engine, the Ativa reminds us very much of the Nissan Almera. 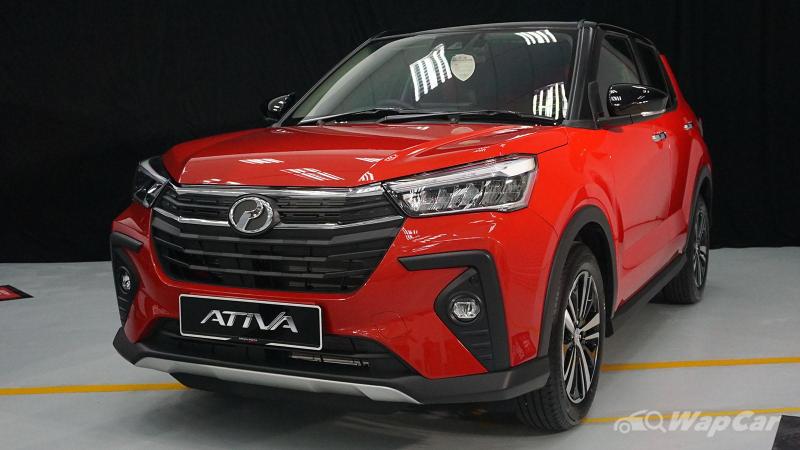 One an SUV and the other a sedan, both the Perodua Ativa and Nissan Almera are two very different cars. Body type aside, the powertrain for both cars sound exactly the same on paper – 1.0-litre 3-cylinder turbo engine paired to a CVT.

With the powertrain being somewhat similar, let's see how these two cars compare against each other. 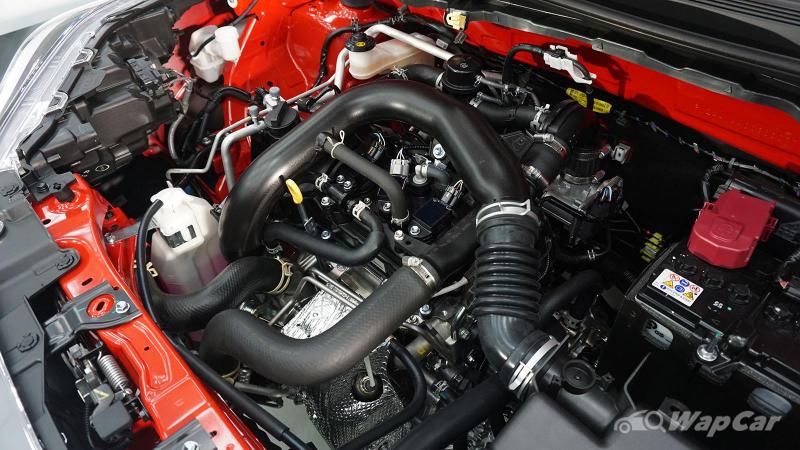 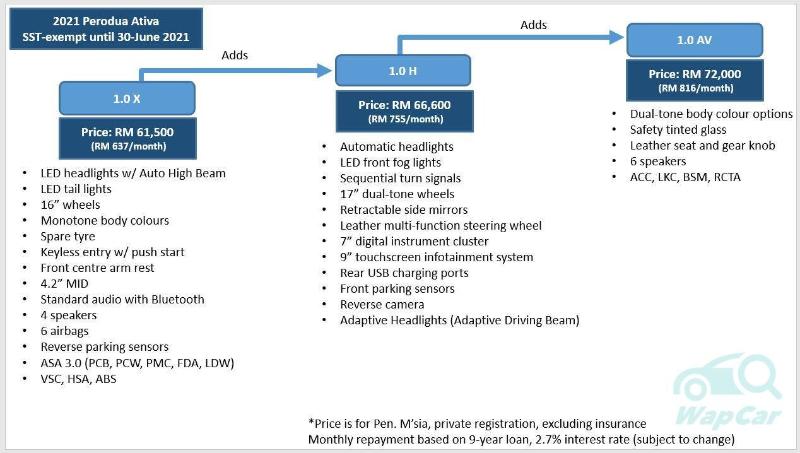 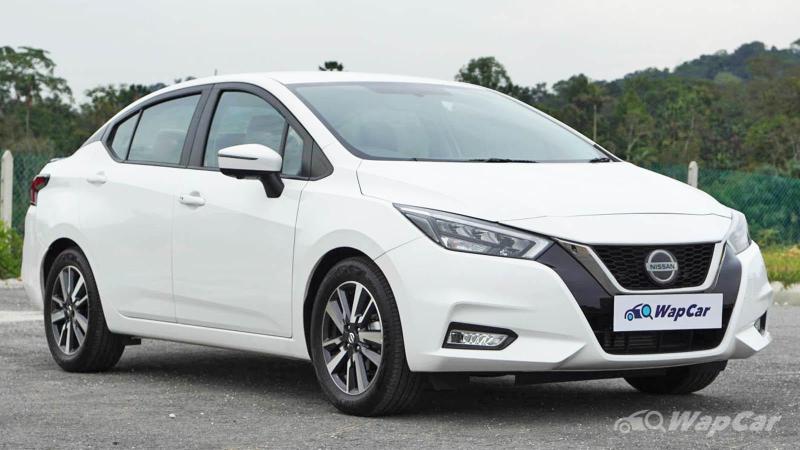 Secondly, powertrain. The Nissan Almera offers just a tad more power than the Perodua Ativa. The Almera produces a maximum power output of 100 PS while the Perodua Ativa only manages 98 PS, 2 PS shy of a three-digit figure. 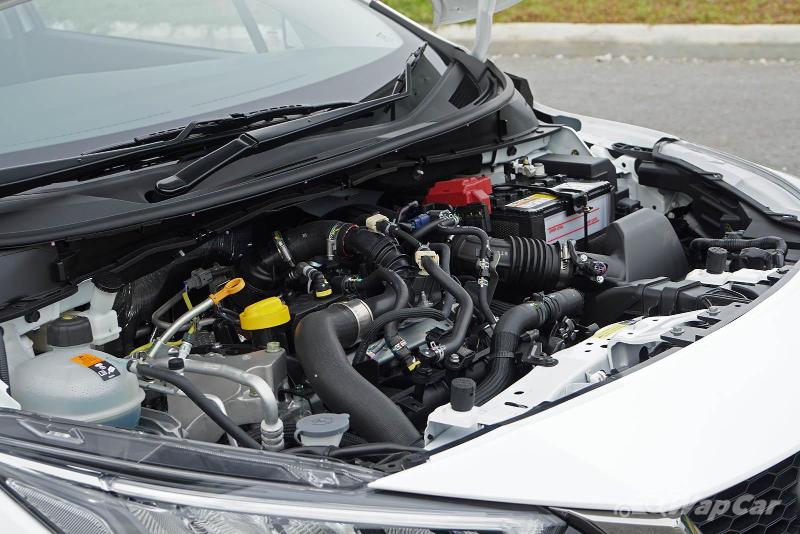 The Almera is also torquier with a maximum torque of 152 Nm @4,000 rpm while the Ativa maxes out at 140 Nm. By the figures, the Almera’s HR10DET 3-cylinder turbo outperforms the Perodua Ativa’s 1KR-VET engine.

Transmission wise, both cars utilise CVT, although the Perodua Ativa’s D-CVT (Dual-mode CVT) has some tricks up its sleeve.

The Perodua Ativa's D-CVT has a set of planetary gears that engage during medium to high-speed driving to provide a more direct connection, hence improving efficiency.

The Nissan Almera’s CVT is more conventional without any fancy tricks up its sleeve. 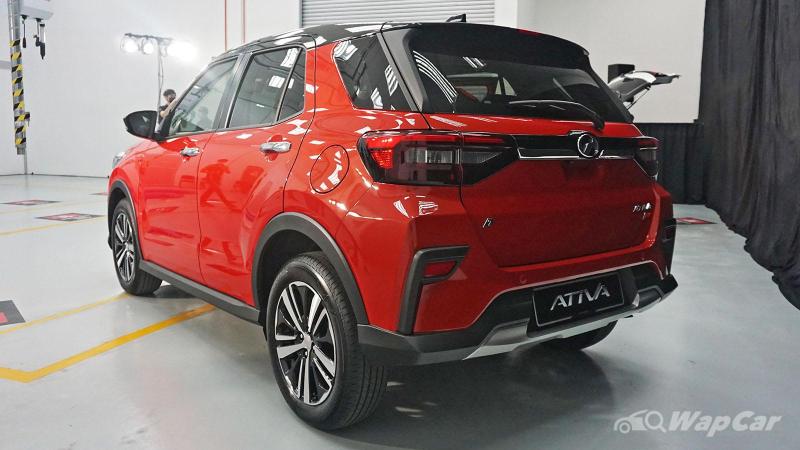 Although slightly less powerful, the Ativa AV weighs 1,035 kg, which is lighter than the Nissan Almera at 1,114 kg. We have yet to test the Ativa’s 0-100 km/h time, and we’ll do that as soon as we receive our order. 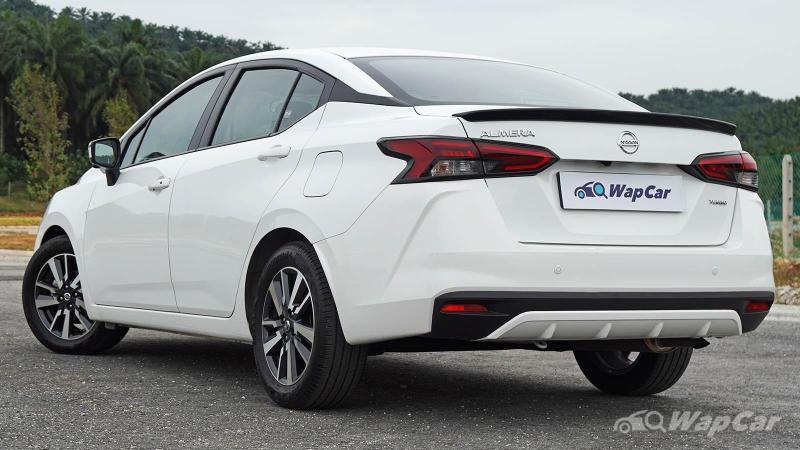 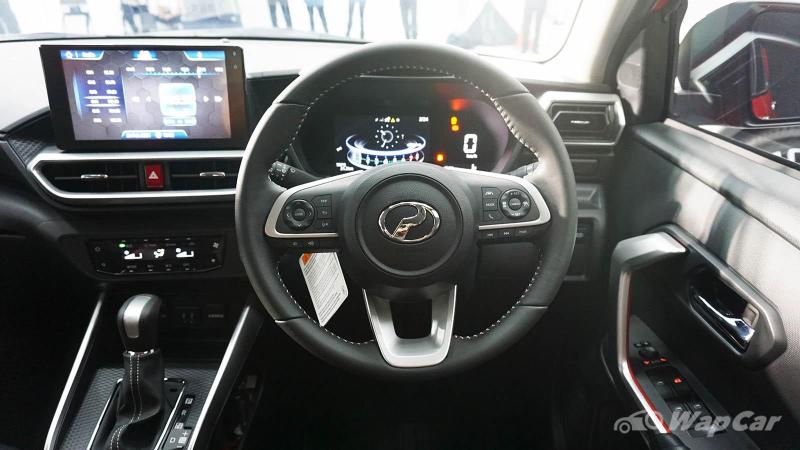 In terms of driver assistance, the Perodua Ativa does have some attractive offerings compared to the Nissan Almera. The range topping Almera is equipped with cruise control, but the Ativa steps up the game by offering Active Cruise Control (ACC). 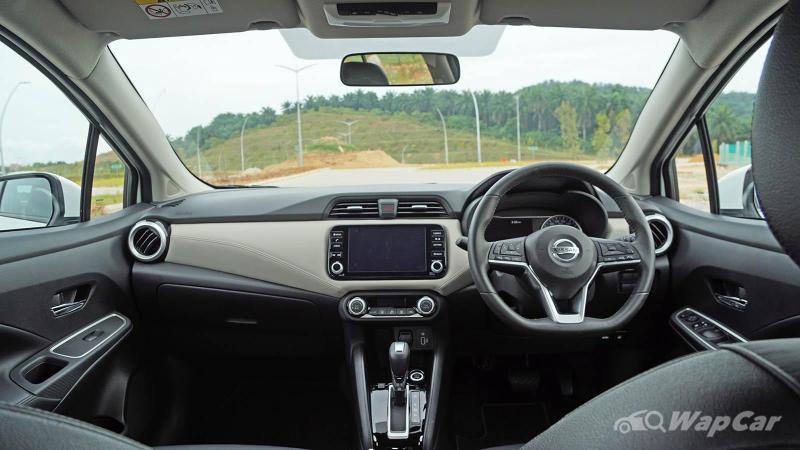 The Perodua Ativa also offers adaptive LED headlights, which is something not usually offered for cars of its price.

You can get more space with the rear seats folded down, but the same can be said for most cars. The Almera wins here, although its boot space is basically the smallest among B-segment saloons. 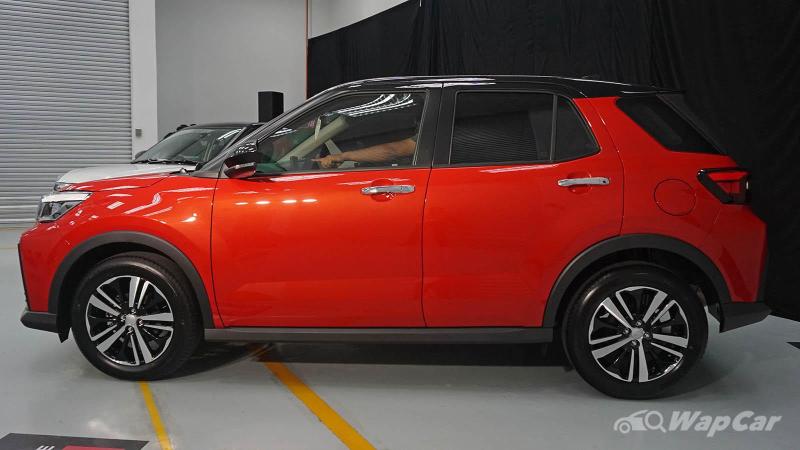 Choosing between the Nissan Almera and the Perodua Ativa is probably not a decision most of us would have to do. The price itself is strong determining factor. It is just interesting to put two 1.0-litre 3-cyclinder turbo cars side by side to see how they match up against each other.

Whatever segment the Perodua Ativa may belong to, it is bound to take some market share away from the regular B-segment saloons, hatchbacks and SUVs. You might want to give the Perodua Ativa a try yourself to see how good it really is.