The 2021 Toyota Corolla Cross stays true to the Corolla ethos by being a truly global model, just like its sedan brethren. This time around, there's reports that it'll gatecrash the all-new 2021 Honda HR-V's party in Japan by the end of the year.

Sources report that Toyota's Japanese operations will begin production of the model in August this year, ahead of its launch there in September 2021.

The model will be manufacted at Toyota’s Takaoka plant in Aichi, with lofty ambitions of 7,000 units produced per month. Fun fact: it's the same plant that assembles the all-new Toyota Harrier, Toyota RAV4, and some foreign-market Corolla and Prius as well.

The publication also says that the Japanese plant will be assembling the Corolla Cross for European and Australian markets, with exports beginning sometime in 2022.

Specs-wise, it's pretty much a given that the Japan-spec Corolla Cross will feature the 1.8-litre petrol-electric hybrid as seen in Thailand-spec car. It's said that a regular 2.0-litre petrol engine will also be offered down the line.

Just like in the United States, Japanese buyers will reportedly be able to choose between two-wheel- and all-wheel drive variants too.

The Corolla Cross has a momentuous task ahead in Japan, considering it has to face the all-new HR-V which has been a total runaway success so far.

For the record, since its global debut in Thailand last year, Toyota has commenced sales of the Corolla Cross in various countries within the ASEAN, North and South American, African, and Middle Eastern regions. Besides them, China is yet another market earmarked for the SUV. 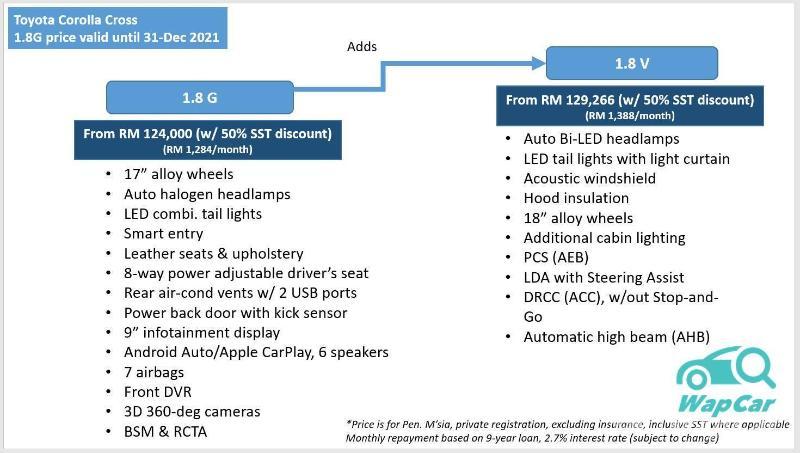