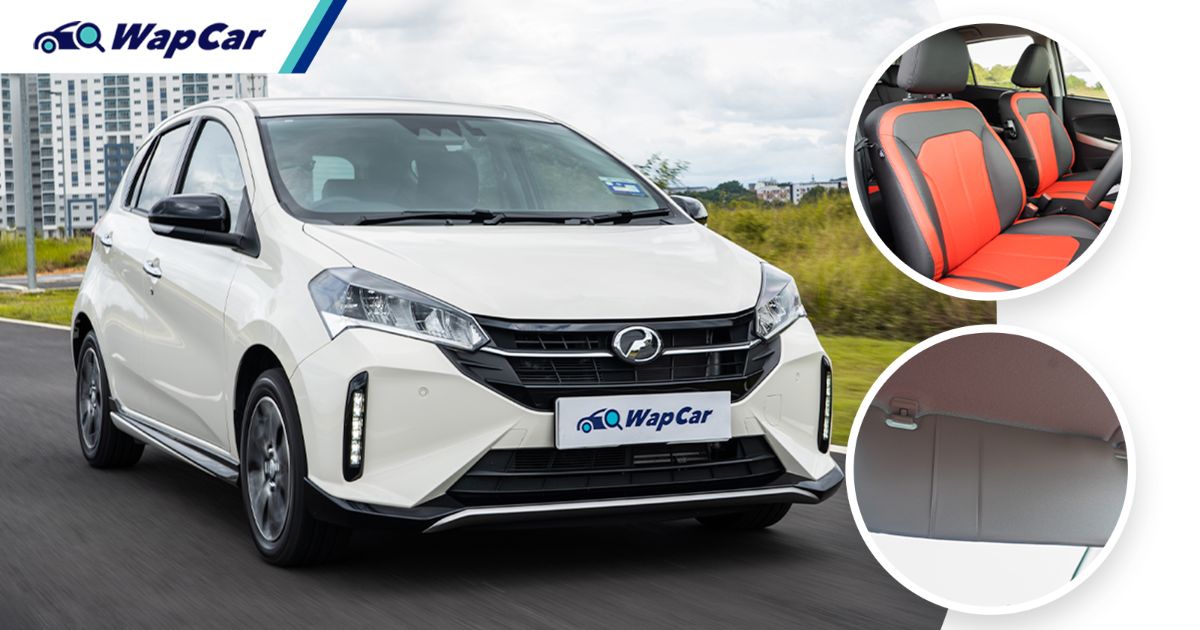 The 2022 Perodua Myvi facelift has plenty of measurable improvements over the pre-facelift model. Aspects like fuel consumption and safety features are taken up a notch. But what about aspects that are more difficult to quantify? Things that numbers can’t paint the full picture, like ergonomics? 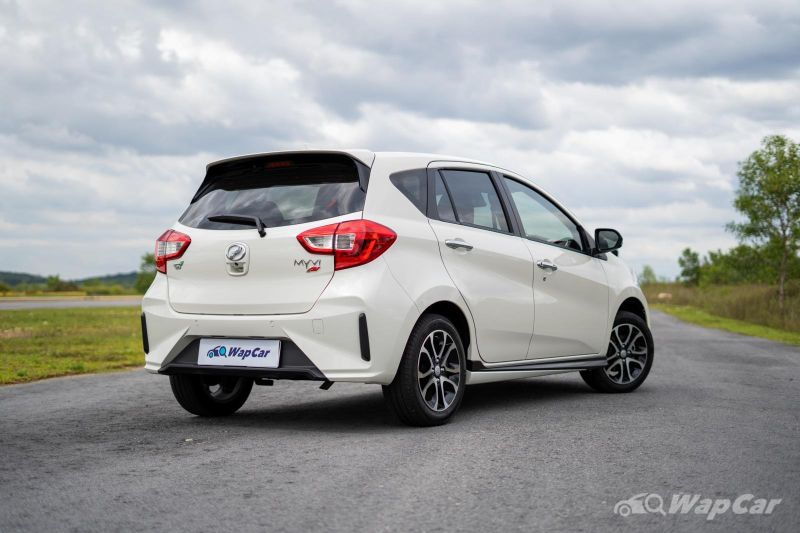 The thing about the Myvi is that it looks fantastic on paper, with the full suite of ADAS featuring adaptive cruise control and whatnot. However, when you get up close and personal with the Myvi, you start to understand how Perodua has managed to offer all the bells and whistles at such an attractive price. 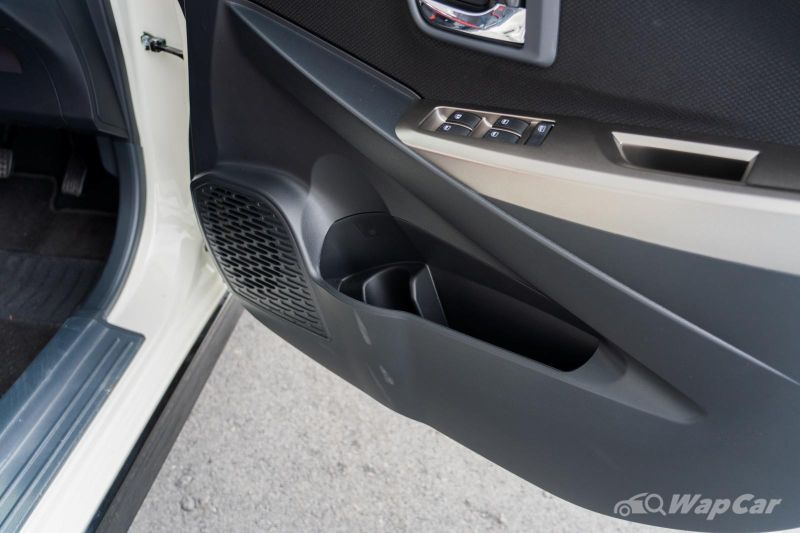 Quality of plastics are no better than the ones used in the Axia or Bezza and if you push the door cards, it will flex without much effort. Pull the flimsy sun visor down from the driver side and you’ll notice that there’s no mirror, which could be a potential deal-breaker for female buyers.

Then you put your hands on the steering wheel, which is wrapped with a plasticky-feeling leather and its contours are a little sharp and doesn’t quite fit the hand comfortably. More annoyingly to this writer personally, there’s no telescopic steering adjustment. 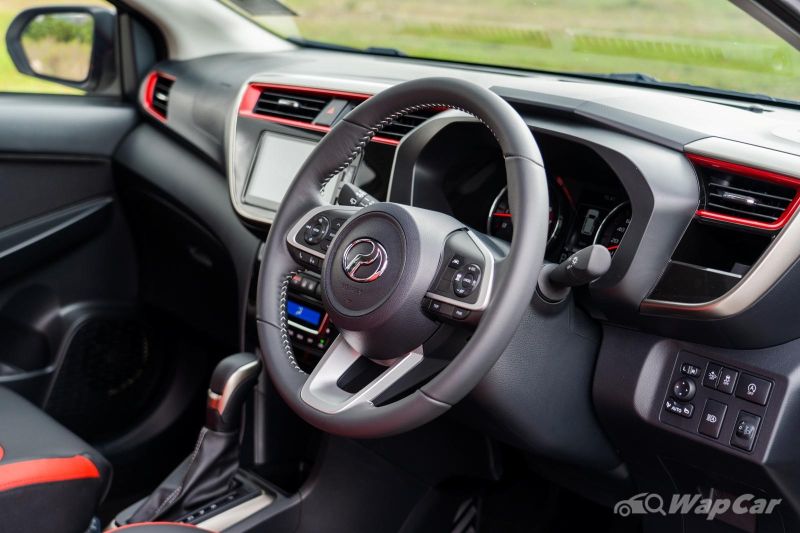 Granted, no cars in this price range have reach adjustment for the steering wheel but if you look at the Proton Iriz, the steering wheel actually has a decent amount of reach and most averaged-sized adults can find a comfortable driving position. In the Myvi, even individuals of smaller build may struggle to get comfortable. 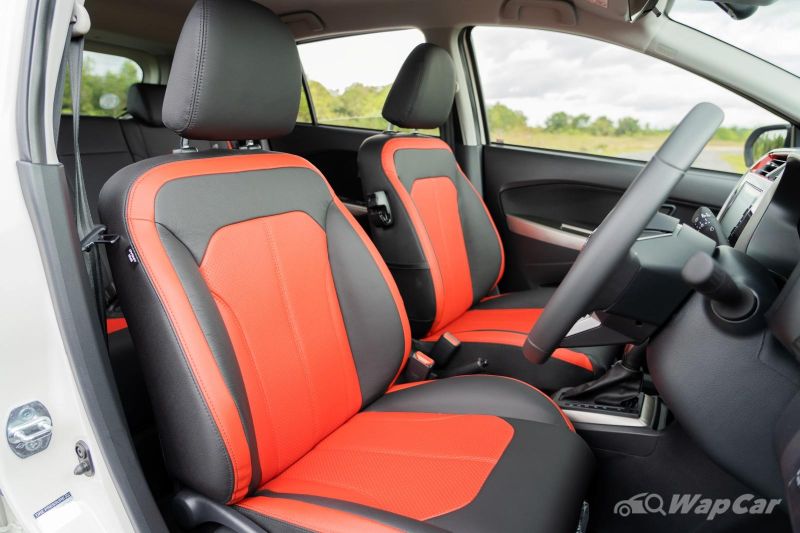 What’s worse for taller individuals is the tiny seats. For those with longer torso such as yours truly, the seat back barely covers the upper back, while the poorly sculpted seats mean they are as supportive as school chairs. The seat base is just as small, so bye-bye thigh support. 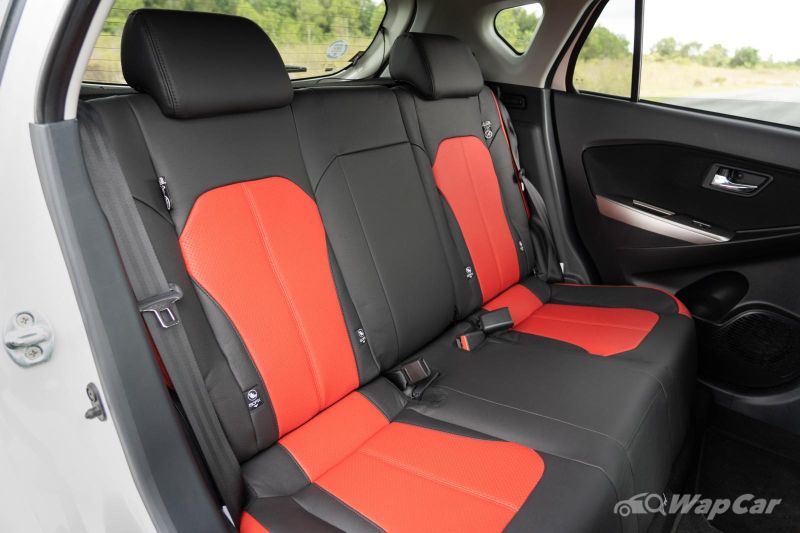 Meanwhile at the rear, the lack of sculpture continues as the rear seats are not too different from park benches in terms of support. Sure, it reclines, but it still doesn’t hold you in place and any lateral movements will send your body sliding about. 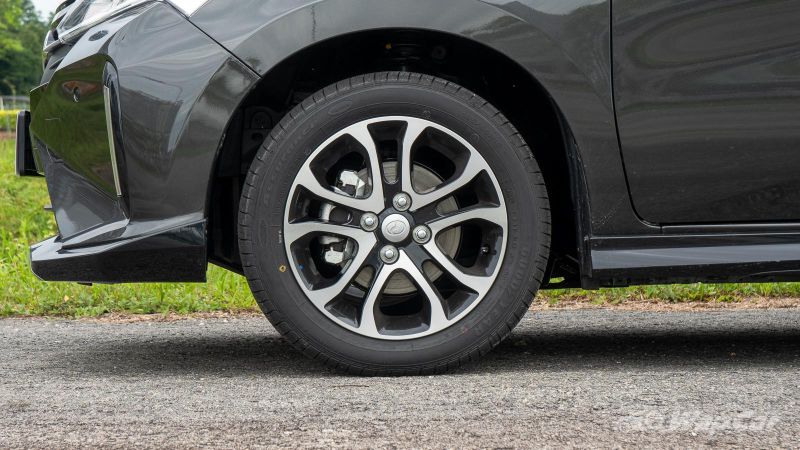 And let’s not get started on the firm suspension that crashes about on lumps and bumps, or the poor sound insulation that lets all the water-splashing noise during rain, high-pitched tyre noise, and engine screams under hard acceleration into the cabin. Any form of improvements in terms of NVH from the pre-facelift is entirely down to the introduction of a new transmission.

Also read: With CVT, the 2022 Perodua Myvi facelift is just as quiet as the Ativa! 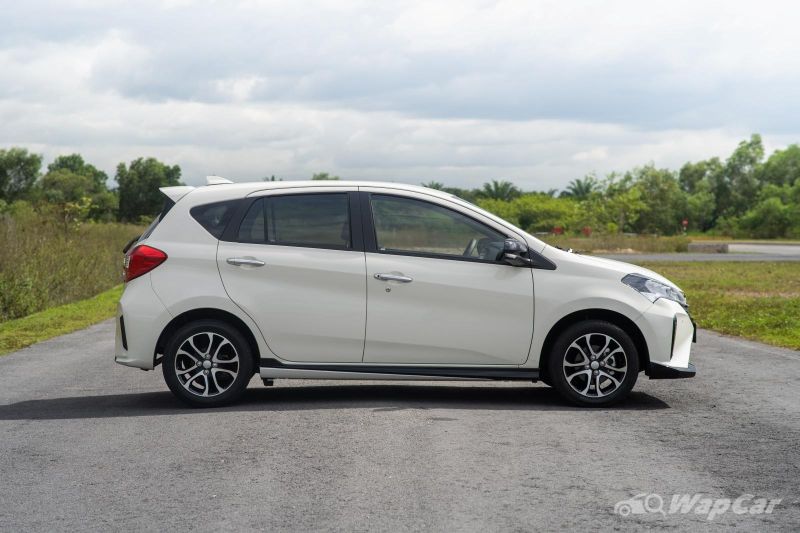 At this point, you’re probably thinking, “What does this guy expect from a Myvi, a RM 50k car?” Well, the Proton Iriz does most of the things pointed out earlier better than the Myvi, but they aren’t shown by numbers or any spec sheets. 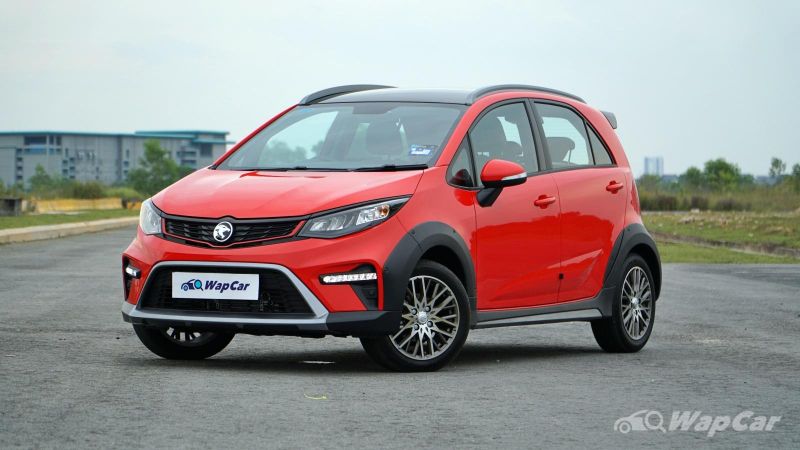 What can be shown by numbers and spec sheets are the poor fuel consumption, slow acceleration times, lack of active safety features, and even interior kneeroom compared to the facelifted Myvi. So on paper, the Iriz loses.

And understandably, buyers would flock to the Perodua Myvi and more often than not, put down a deposit without even a test drive. Future owners will just have to get used to all the ergonomic flaws mentioned. 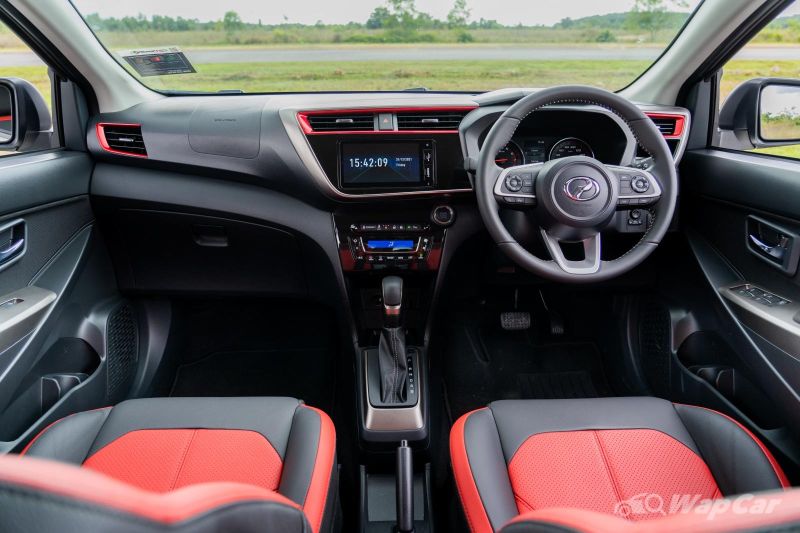 But don’t get us wrong, we don’t hate the Myvi. Props must be given to Perodua for packing so much for not a lot of money, offering advanced features to the common man. It’s just that they’ve improved on things the Myvi was already good at, while its weaknesses were left alone.

In an ideal world, we have the Myvi’s powertrain, interior space, and features in the package of a Proton Iriz. That would make one hell of an affordable hatchback. Hang on, would that be the GK Honda Jazz?

Also read: These 12 cars were discontinued in Malaysia in 2021 – Jazz, Outlander, Myvi MT, and more 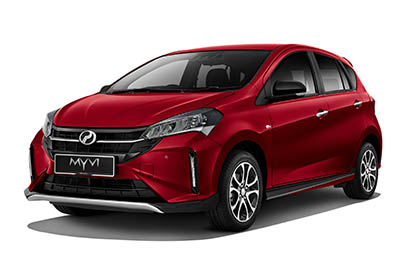