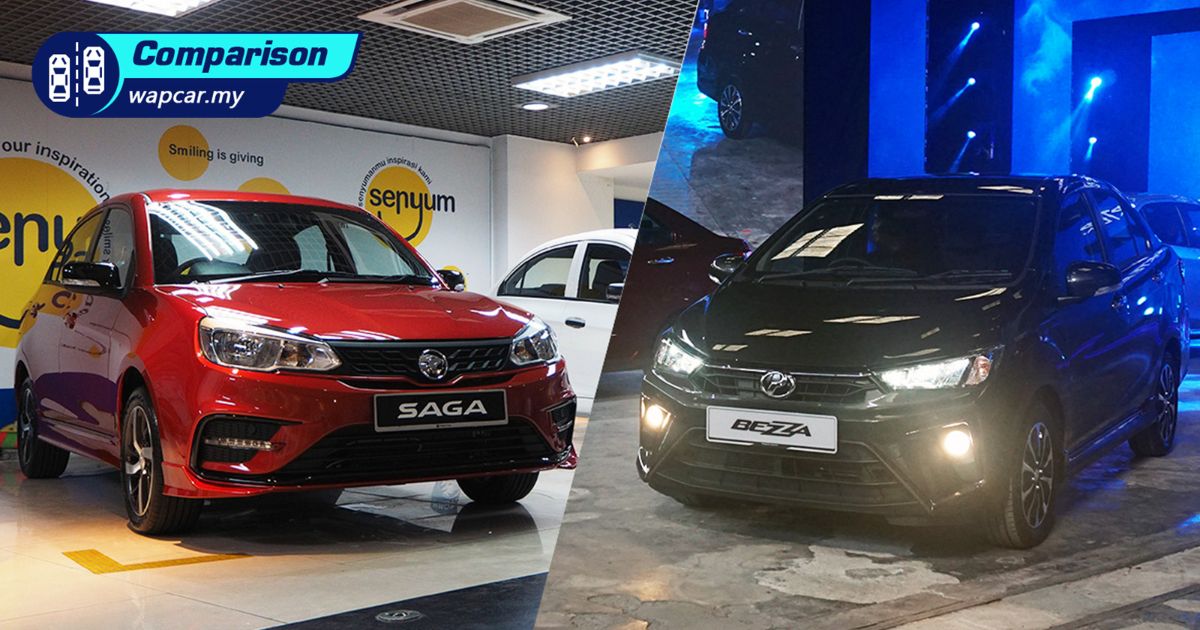 Unlike the Perodua Axia which holds a monopoly on the entry-level hatchback segment, the Perodua Bezza has a rival in the sedan category, the Proton Saga. Proton’s oldest nameplate has been given a refresh this week so how will the 2022 Proton Saga facelift (MC2) match up against its viral rival? 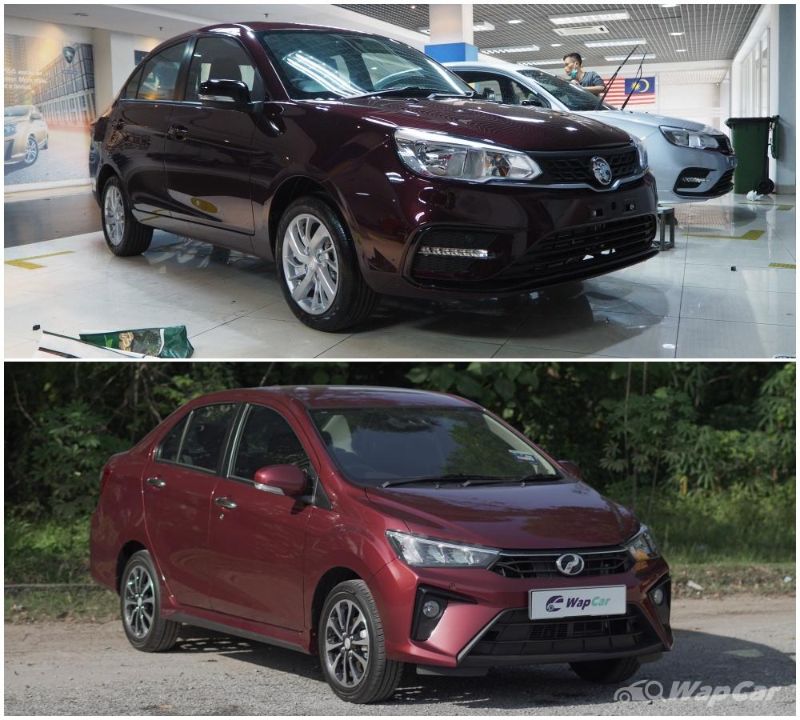 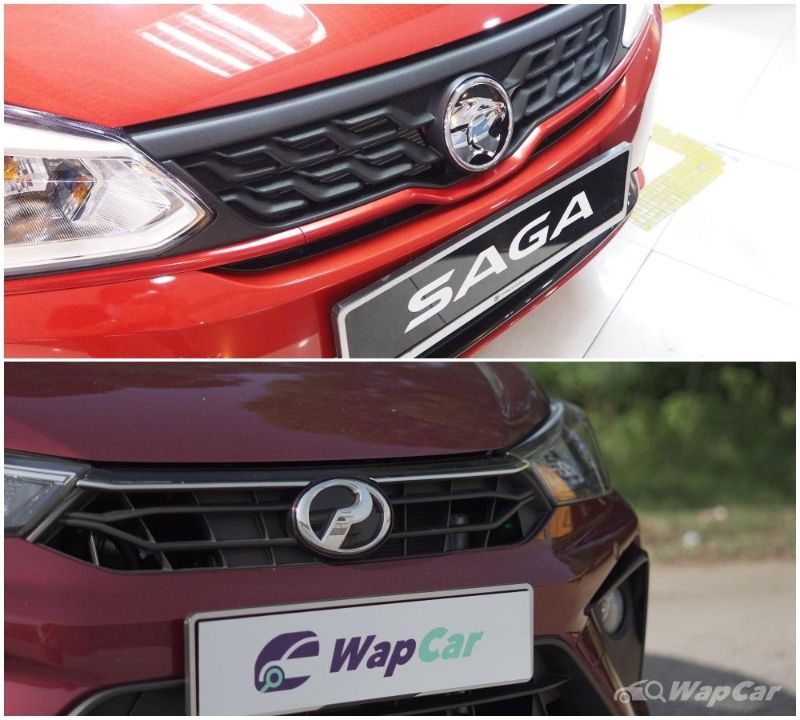 With that out of the way, let’s take a deep dive into the comparison between Proton’s best-seller and one of Perodua’s top 3 selling models.

Looks – Proton does it better 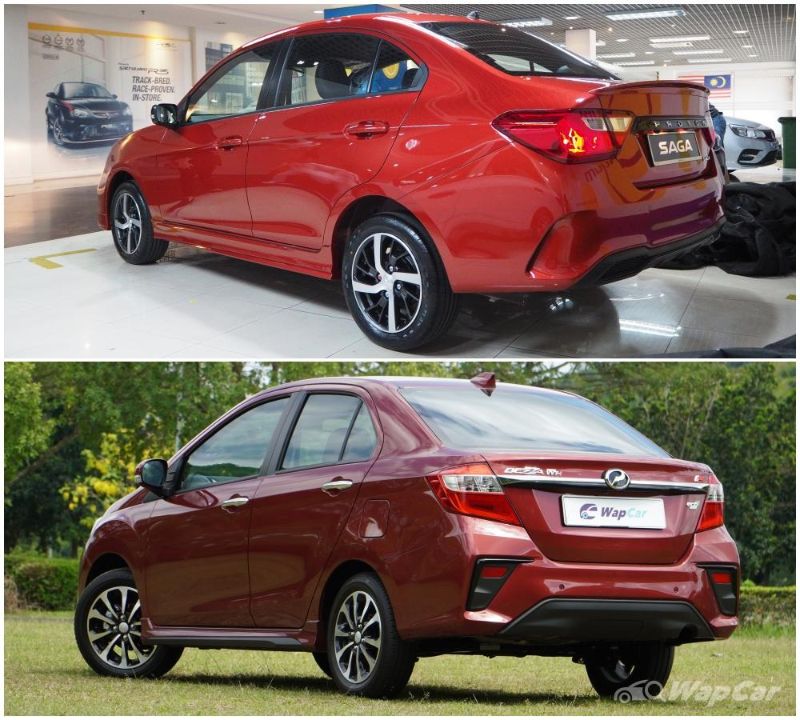 Being based on the little Perodua Axia, the Bezza looks awkwardly proportioned with its hanging boot up in the air but most people looking into it just don’t really care. The Proton Saga wouldn’t win any Red Dot design awards either but compared to Perodua’s first and only sedan, the Saga is much better looking. 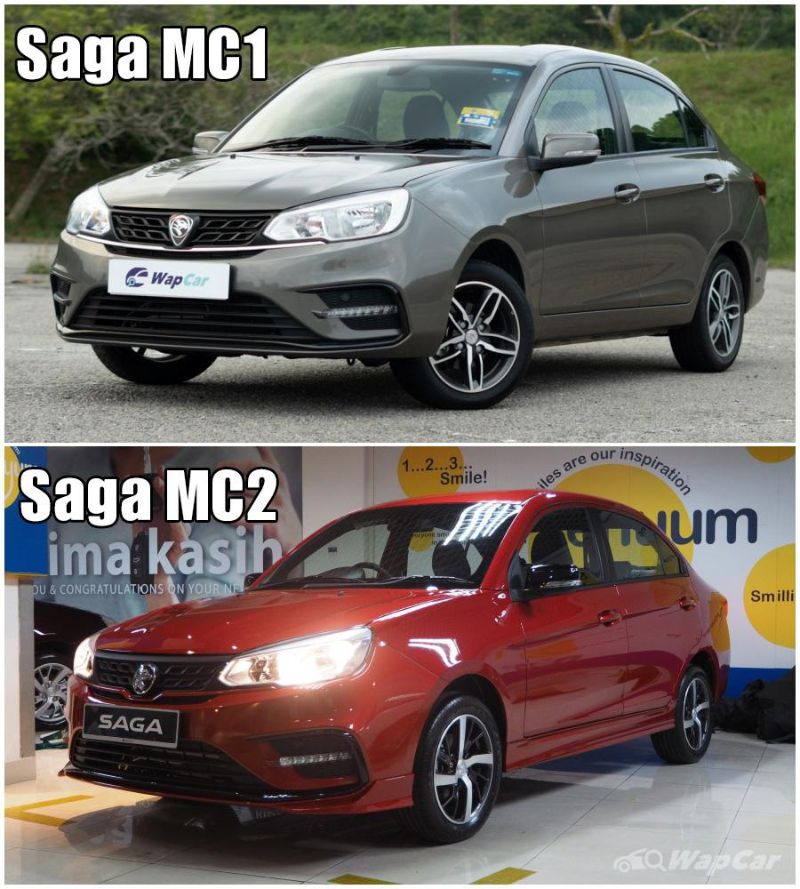 This is the second facelift that is given to the third-generation Saga which was first introduced in 2016. The first facelift (MC1) was launched in 2019 which also saw the derided Punch CVT gearbox replaced by the Hyundai-sourced 4-speed torque converter automatic.

Also read: 4AT vs CVT: Two steps forward, one step back?

This second update (MC2) doesn’t have any drastic changes mechanically with the same 1.3-litre VVT engine (95 PS/120 Nm) paired with either a 5-speed manual transmission or the 4-speed AT. No downsized motor as previously speculated.

In front, the 2022 Saga sports a new grille and a Thundercat roundel to keep it in line with the rest of the Proton line-up. The Malaysian Tiger has also removed the chrome strips on the rear of all variants but to keep the Saga sporty, the top-of-the-line Premium S AT gets black-painted trims and dual-tone 15-inch wheels.

Also read: Are you old enough to remember these Proton logos? 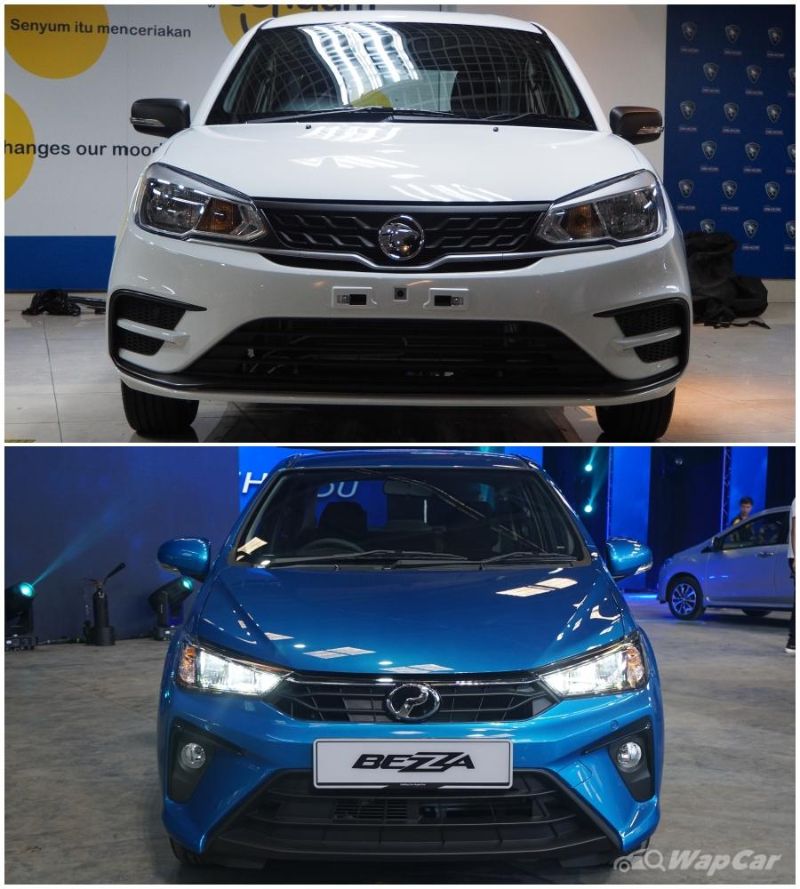 Meanwhile, the Bezza itself was given an update in 2020 which in turn gave the sedan a sportier look including revised front and rear bumpers and 15-inch wheels for the 1.3-litre variants. Still, the Saga is already a better look between the two even though the Proton was given a recent refresh.

Space – Bezza is bigger in some places 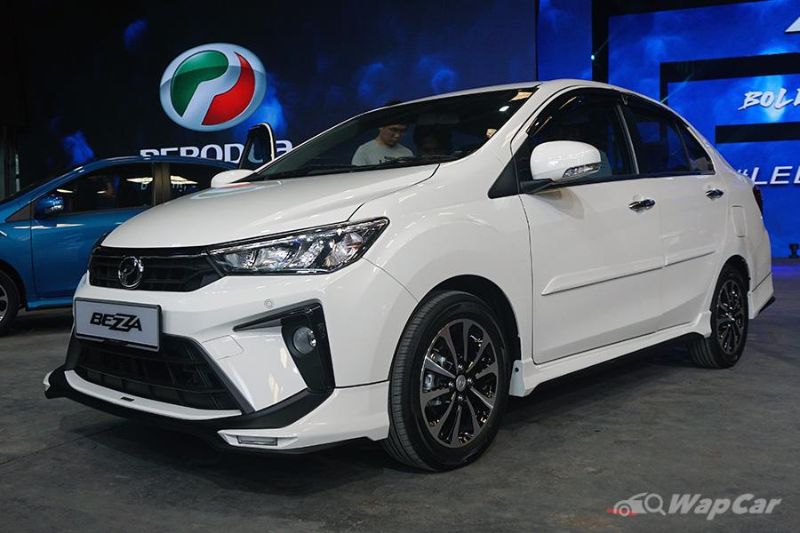 Call for an e-hailing driver and chances are you’ll be picked up by a Perodua Bezza. Even Malaysia’s favourite internet celebrity chef praises the Bezza for its sheer practicality. It’s interesting despite being based on one of the smallest and cheapest car in Malaysia. 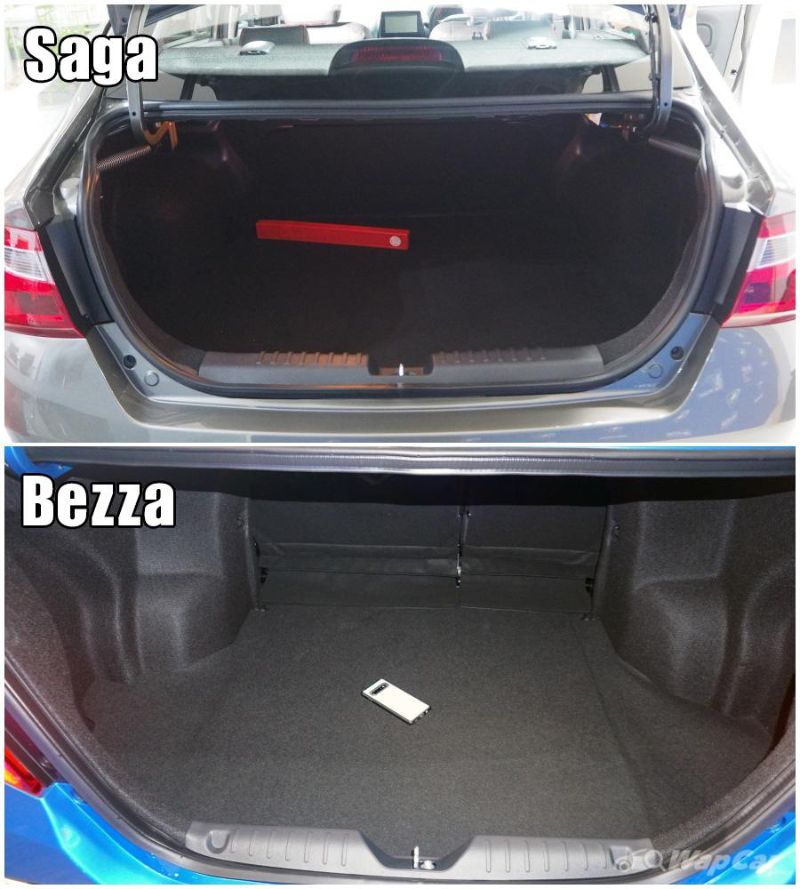 The Bezza has 508 litres of boot space which is cavernous for a car from this segment while the Saga has 420 litres of cargo space. Perhaps the weird boot design does have some benefits in useability. 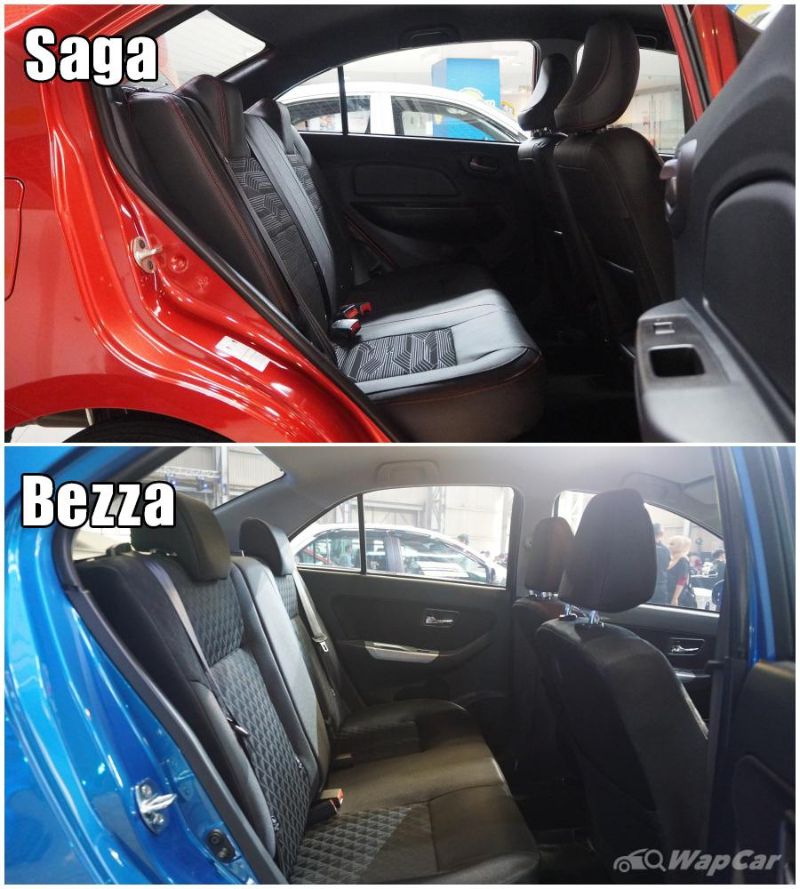 Still, the Bezza is shorter than the Saga in every dimension aside from the height. Besides, if we’re talking about rear comfort, you would much rather be in the Saga than the Bezza. 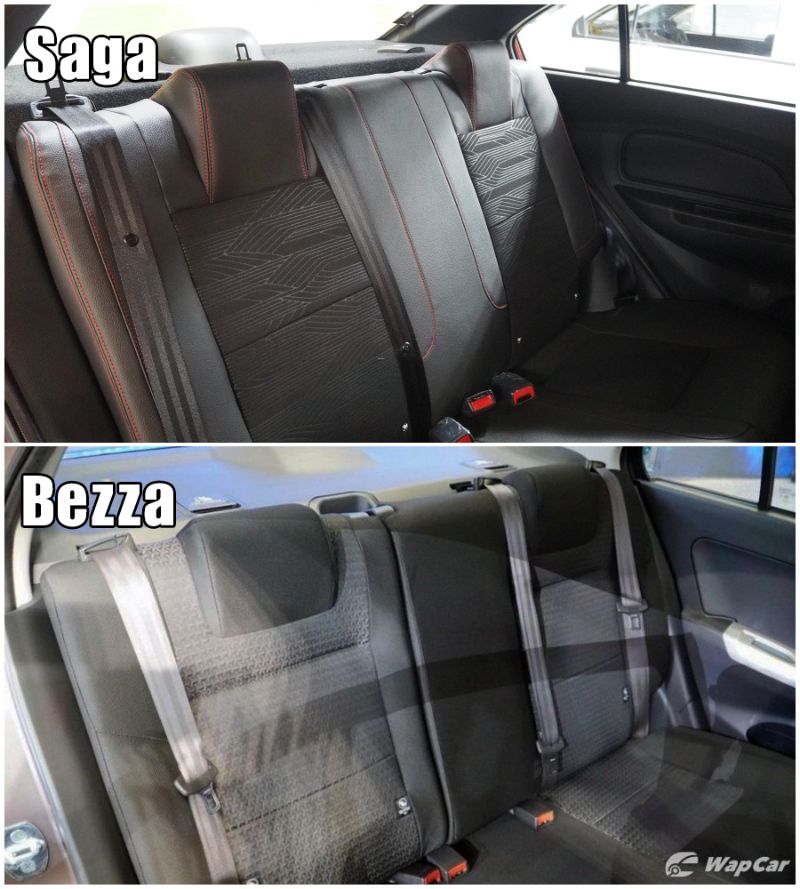 Though you can fit plenty in the Bezza’s boot, comfort on the Bezza is, to put it lightly, not something you would enjoy on a long journey. Granted, the seat angle on the post-2020 Bezza is better than the pre-update but we would much rather be in the Saga’s back seat.

Ride and handling – Proton will pull ahead 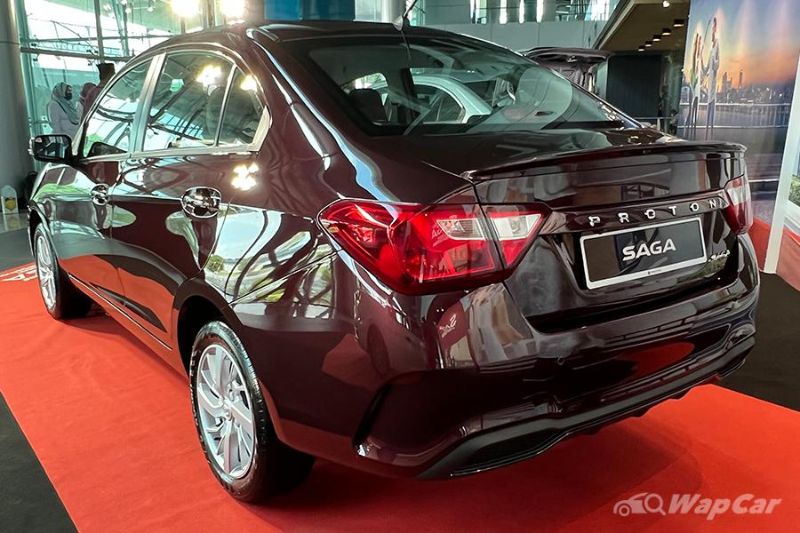 Proton touts itself as having the best ride and handling in its class and that might be thanks to the input by Lotus when the Malaysian Tiger was its owner. Though we haven't got the chance to take a spin in the 2022 Saga, we can expect the superior ride and handling to be maintained in the update. 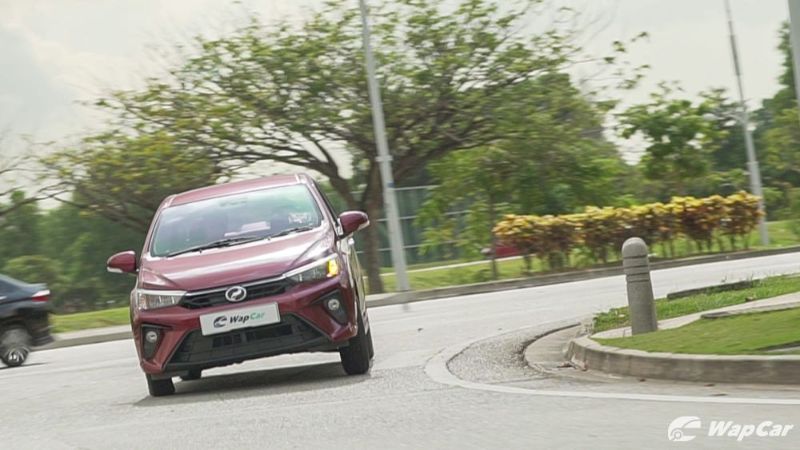 It’s not the best but considering its price and when compared to the Bezza, the Saga feels better around the corners. Introduce the Bezza to a corner and you will experience some body roll action but for a Perodua, that really isn’t the main concern. 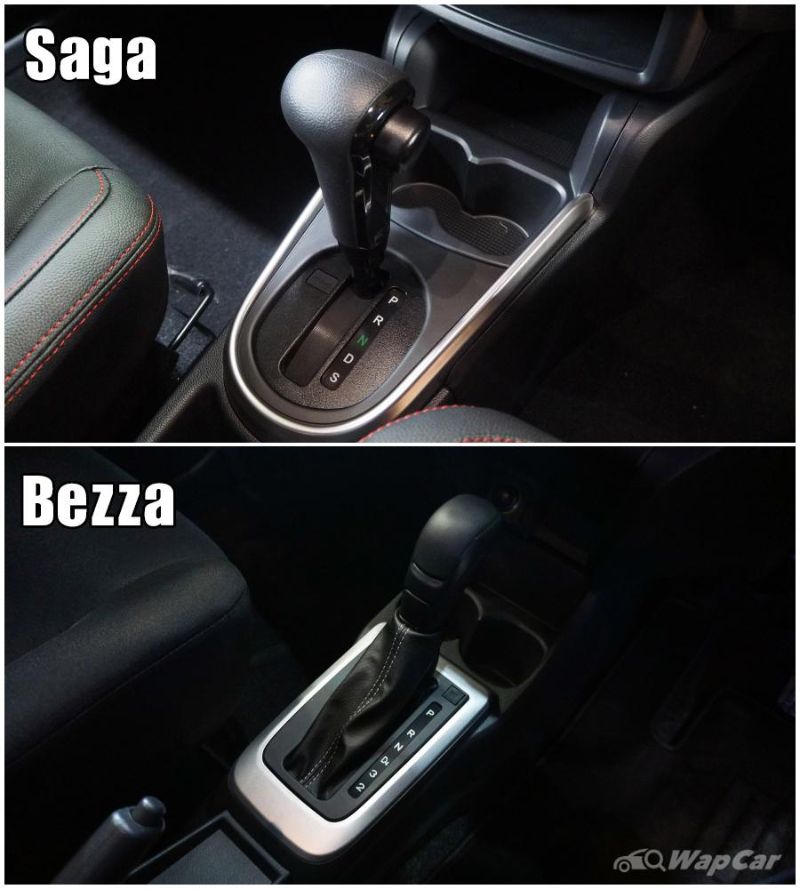 Neither are considered sporty so don’t get tricked into thinking that they have some sleeper potential underneath.

The 1.0-litre engine is also found on the Bezza’s hatchback twin and this is more catered to those who wanted a fuel-efficient sedan. Speaking of fuel efficiency, there’s no doubt that the Perodua would perform better than the Proton. 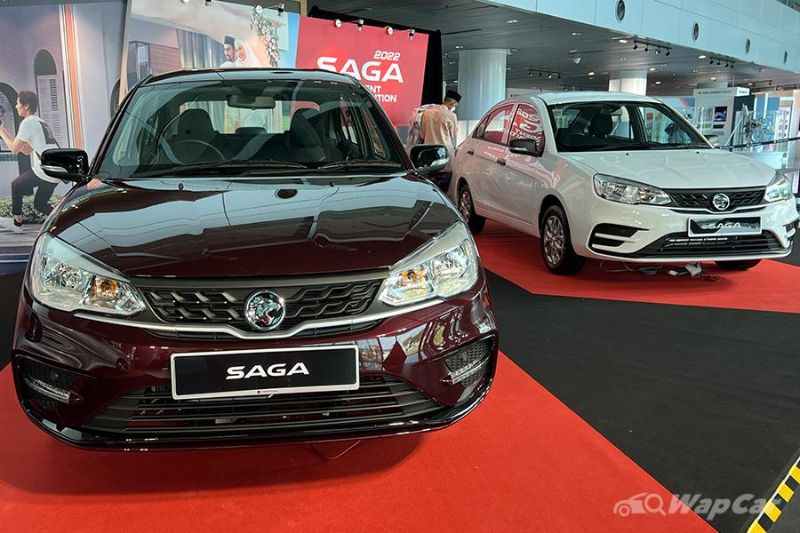 The Saga only underwent a second minor change so it’s unlikely that it will beat the Bezza in terms of fuel efficiency. On the pre-update, we recorded the Saga averaging 7.2 L/100 km while the Bezza returned an average of 6.34 L/100 km.

We’ll see if the 2022 Saga can get better mileage in our review but don’t get your hopes up that the cheapest Proton will be more fuel-efficient than its rival.

We’ll have to praise Perodua for putting advanced safety features in its line-up. Even though ADAS is only available on the range-topping AV variant, it is still one of the cheapest cars to have that feature. 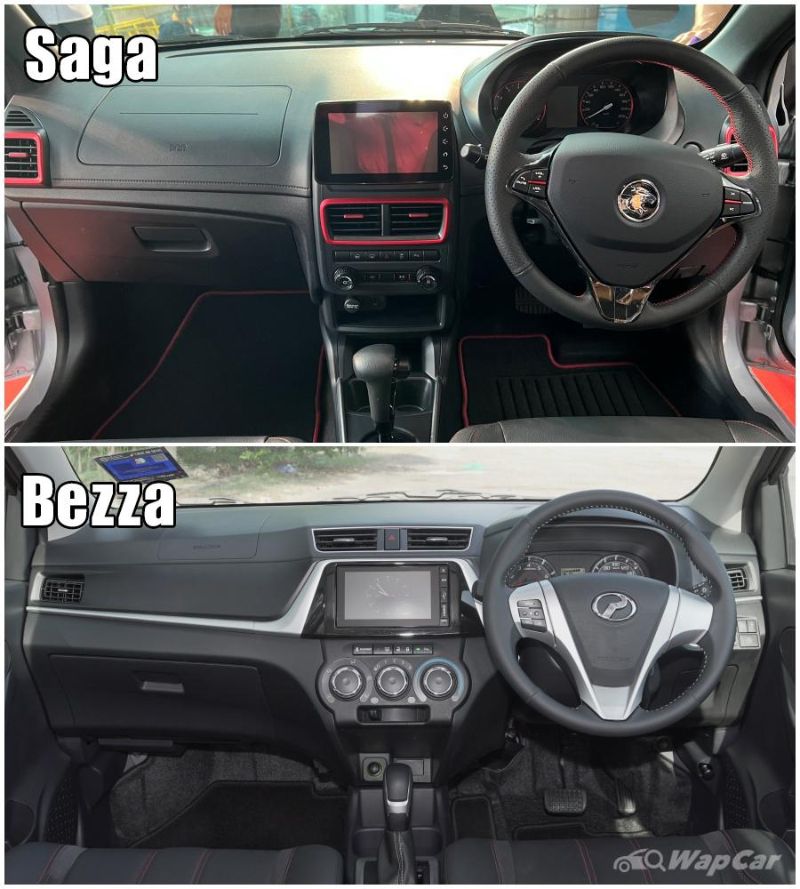 The Saga, much like the updated Iriz and Persona, still does not feature ADAS. Granted, the Saga is based on an old platform that dates back to the second generation that was launched in 2008 but still, you can’t dismiss it just yet.

Stability control, traction control, and hill hold are now standard on the automatic variants of the Saga which is a tiny improvement in safety. 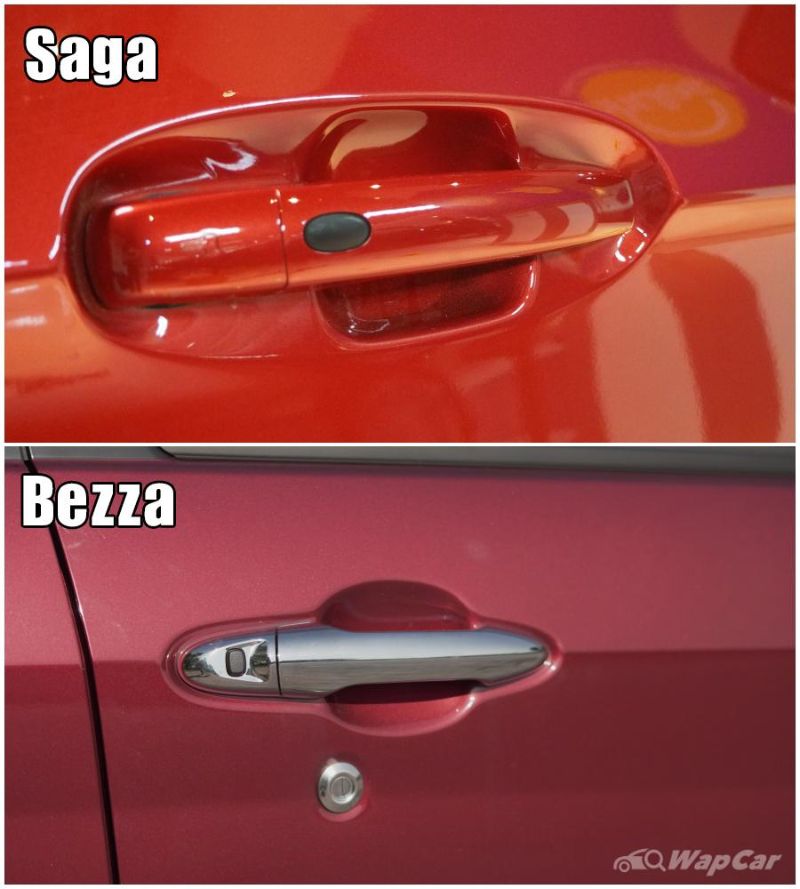 The biggest additions to the 2022 Saga are driver’s-side-only keyless entry and a push start button which are exclusive to the highest variant, the 1.3 Premium S. These features are available as standard on the Bezza 1.3 variants which start from RM 42,551 while the range-topping Saga starts from RM 44,300. 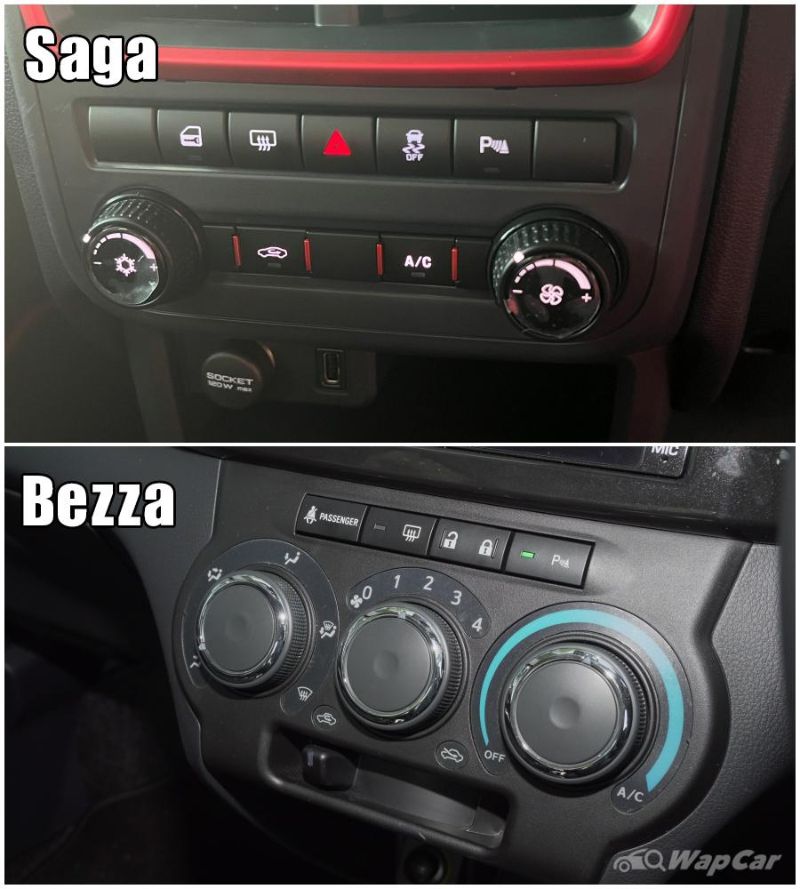 Other changes inside the Saga include a new AC control panel that sees the old-school three-dial layout swapped with two smaller knobs akin to the Iriz/Persona. Also inspired by the Iriz at least are the red trims thrown throughout the dash which can be a little bit tacky. 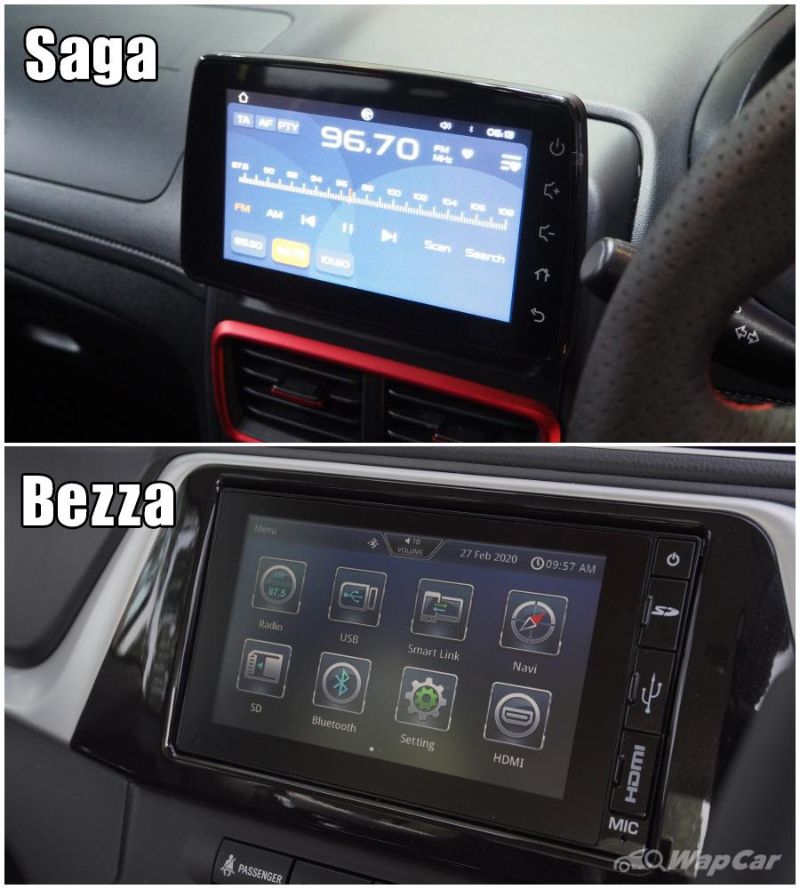 In terms of connectivity, both our local entry-level sedans don’t come with Apple CarPlay/Android Auto. Instead, you can connect your smartphone through mirroring which on the Saga supports both iOS and Android. The Bezza’s Smart Link on the other hand only supports Android, so tough luck for iPhone users. 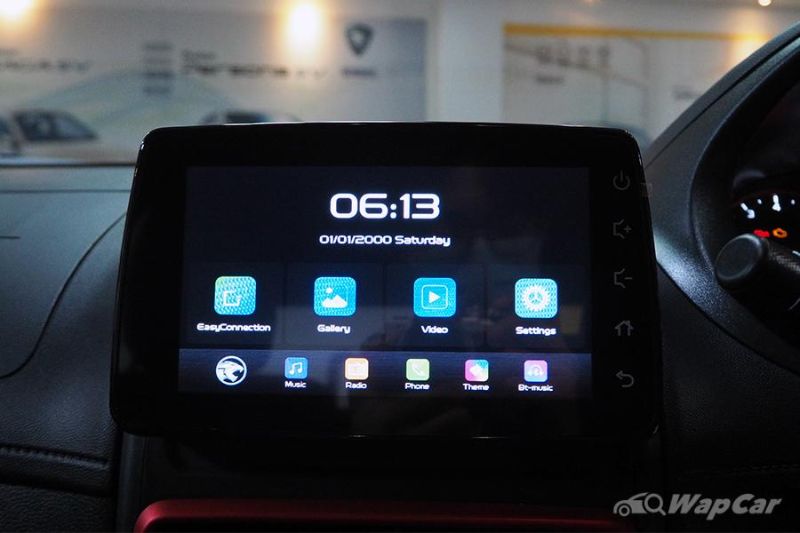 Speaking of the screen, the 7-inch unit in the updated Saga comes with a new operating system with a more colourful layout and a warning to check your belongings. 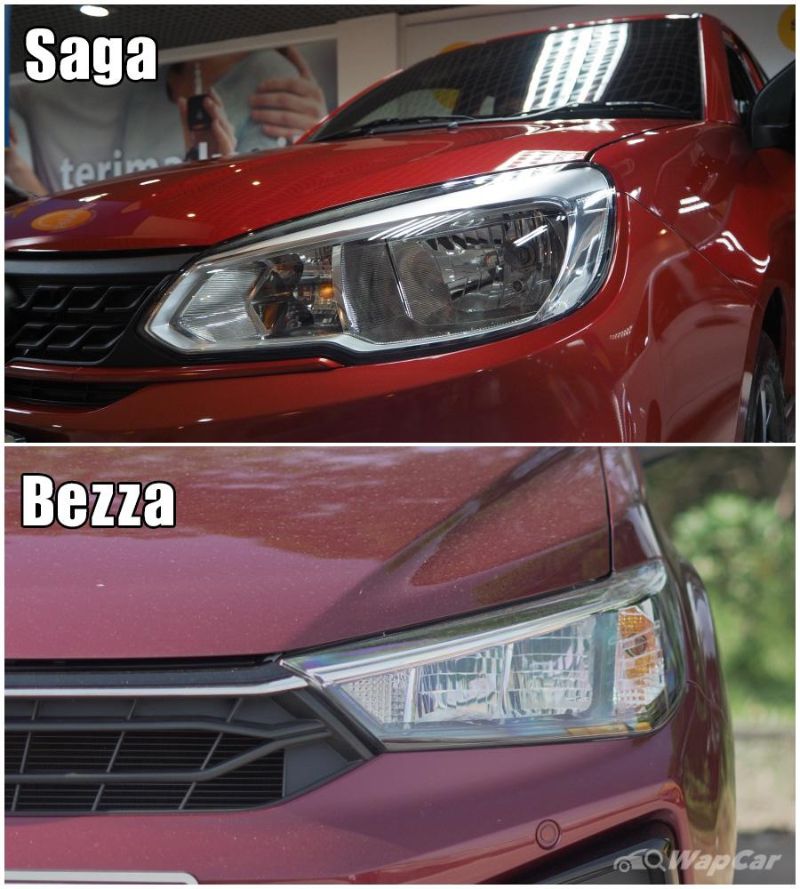 Conclusion – The better buy is… 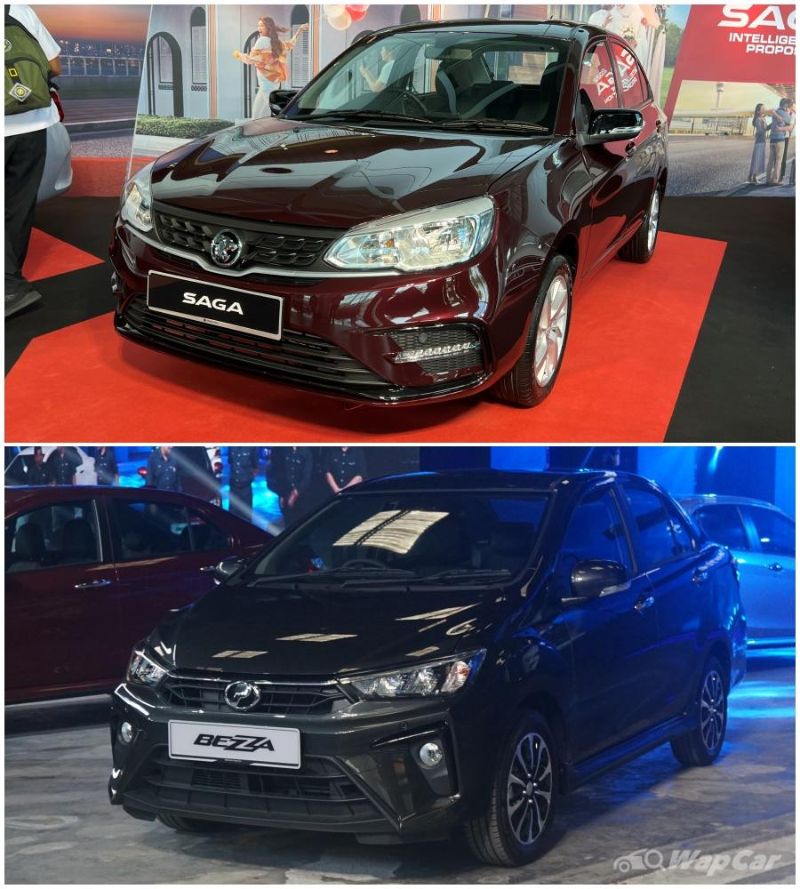 With a revised look in front and a few additional features, the updated Saga might not seem like much. Granted, this is only a minor change so there really shouldn’t be anything drastic compared to its 2019 update. 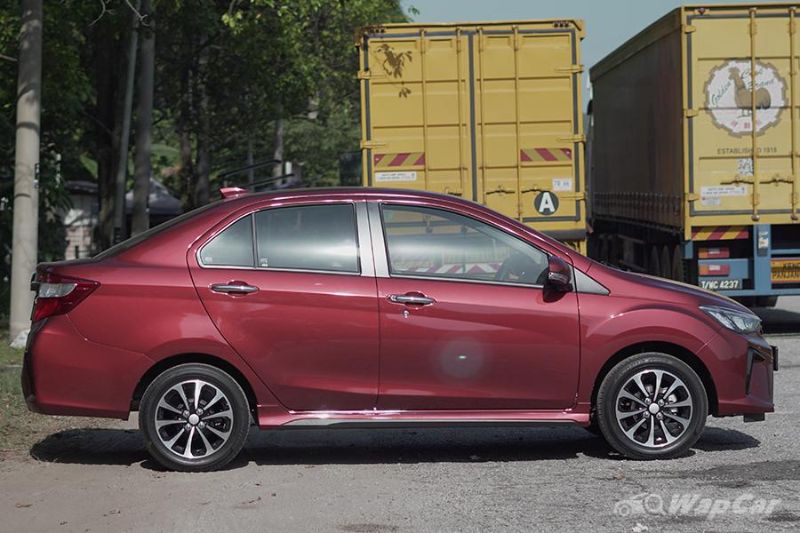 It has some features that make it on par with the Bezza like the keyless entry and push start button but at the same time, the Bezza still feels more bang for your buck. The Bezza is more practical, more fuel-efficient, and features more modern safety features.

Also read: Which is cheaper to maintain over a 5-year period, the Proton Saga or Perodua Bezza? 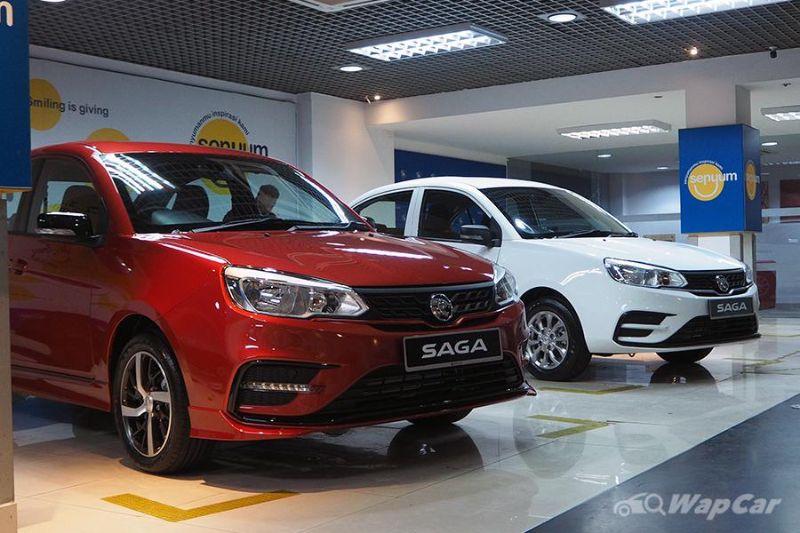 The Saga would win more in comfort, the looks department, and for iPhone users at least, better connectivity. At the end of the day, the Bezza might sound like a winner on paper but the Saga seems more like a sound choice when being experienced. Much like the recent debate between a fugitive former leader and an embattled opposition leader, the winners depend on the rakyat.