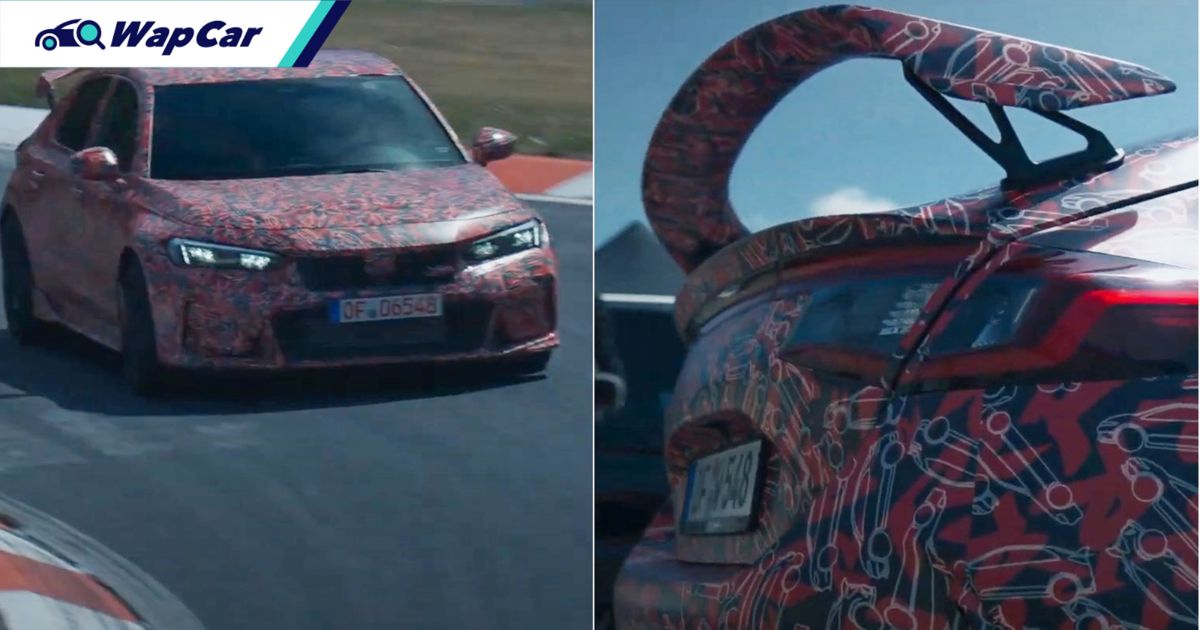 Big wing? Check. Three massive exhaust exits? Check. Aggression? Check. These three can only mean one thing, and one thing only for now: the 2023 Honda Civic Type R, and it's making its debut very, very soon.

How soon? Summer 2022, so anytime between this month and September. For now though Honda wants you to get hyped through its short-but-sweet teaser video, as a prototype goes full tilt around the Nürburgring.

Naturally the hot hatch is still fully camouflaged, but there's some juicy details to see – peep the Brembo brake calipers behind the flat black wheels, the triple exhaust system, and the massive rear wing.

The cheeky camo can't hide the beefier wheel arches and revised aerodynamics, although the interior looks to be quite similar to the regular Civic.

Honda still isn't saying anything about its powertrain, but expect a turbocharged 2.0-litre unit, though there are still reports about the model going hybrid. Question marks aside, we're willing to bet there's more oomph from the four-pot unit this time, above the healthy 310 PS as it made in the FK8 Type R.

Because the carmaker also said this be the "most powerful, best performing Civic Type R ever built", and that's not something to be said so lightly – it's already the fastest car around Suzuka circuit, so it looks to have the chops to back it up.

Hell, could it even be the fastest front-wheel drive (FWD) production car 'round the 'Ring? Only one way to tell...