Earlier this week, the Ministry of Women, Family and Community Development said that the Ministry of Transport will table a new bill to replace vehicle stickers for persons with disabilities with a special number plate. 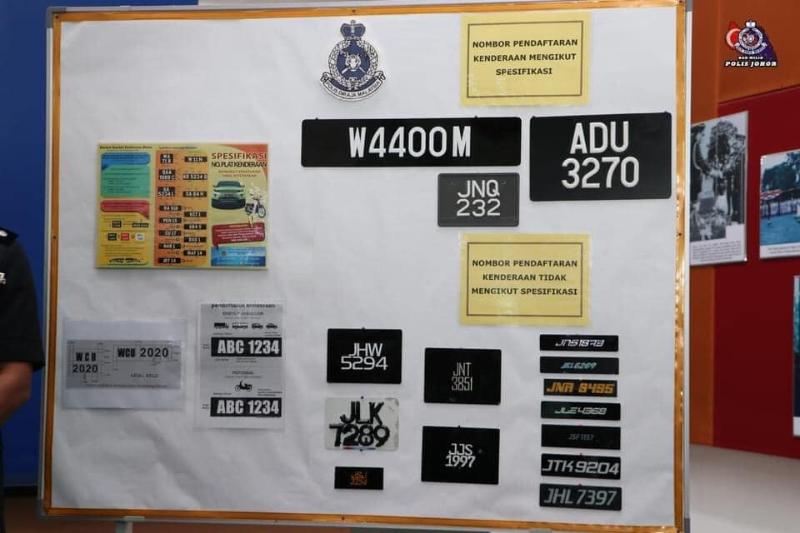 Proposals for a centralized/regulated production of vehicle number plates have been mooted since the late ‘90s, but until today, there’s nothing to show.

In 2006, JPJ had proposed to install ‘e-plates’ on all new vehicles. These electronic number plates were supposed use RFID technology, allowing for better protection against theft. Until today, we haven’t heard any updates about it. 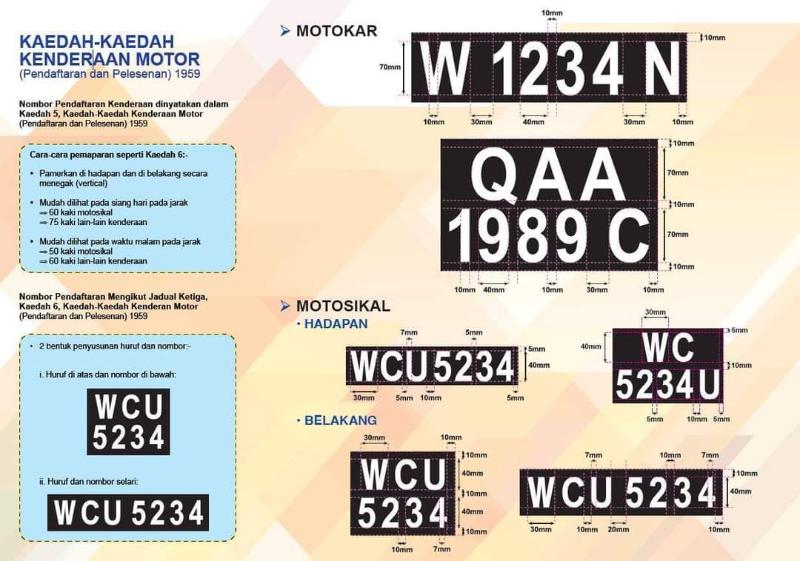 Even lesser developed countries like Indonesia and Vietnam can get it right, because if the authorities allow anyone to make custom number plates, how else are the police going to go after traffic violators, or worse, more serious crimes like robbery or hit and run cases.

Indonesian roads are super congested with motorcycles but you will be hard pressed to find one that doesn’t have use standardized number plates, nevermind cars.

Indonesia is serious about standardised number plates because as part of the Jakarta city’s (futile) effort to ease traffic congestion, entry of single occupant vehicles into the city is limited according to the vehicle plate’s last digit - even/odd numbers, corresponding to even/odd week days.

In Malaysia, motorcycles are big culprits in crimes, especially snatch thefts, and it’s not uncommon for motorcycles to have nearly illegible number plates, making cases difficult to solve. The e-plate proposed by JPJ was supposed to allow for better tracking of motorcycles.

The proposal was revived again in 2015, but once again, it went quiet soon after.

Malaysia is probably the only country in ASEAN’s Big-3 that, despite having two national car companies, is unable to enforce the basic traffic regulations like standardised vehicle number plates.

In countries like China, traffic police no longer do road blocks that cause traffic jams, or hide in bushes with speed cameras. Instead, automatic number plate recognition (ANPR) cameras are setup in nearly every street. Sometimes, even drones are used.

The system is so effective that nobody steals cars in China anymore, at least not in the cities. Driving discipline is still poor but speeding is rare. You can’t drive out the main street without AI-driven ANPR cameras recording the car’s location and driving speed.

Some of these AI-driven cameras are so smart that they can detect if the driver is texting, or not wearing their seatbelts. Illegal dark window tints? Be prepared to explain to the cops if the AI marks and red flags the vehicle.

Speed limits are enforced with their version of AES, but with ANPR capabilities, enforcement is very efficient.

I remember hosting a friend visiting from China, he was quite intrigued with our parking payment machines, as if it’s a novelty, because in China, hardly anyone uses parking machines anymore.

Since vehicle number plates are standardized, even the lousiest open car park with untarred ground uses ANPR cameras and parking charges are automatically debited from the car owner’s e-wallet. Nobody winds down the windows to collect parking tickets anymore, that’s so 1990s.

To a Western-minded person, the prevalance of cameras might seem like a dark Orwellian future but violent crimes, car theft, hit and run cases are almost unheard of to Chinese citizens today. Even tiny streets are monitored by ANPR cameras.

In China, battery electric vehicles and plug-in hybrid vehicles are given green number plates, while in Germany, these cars’ number plates end with the letter ‘E’

Never mind Redzuan Yusof’s flying cars or Cyberjaya’s geo-fenced test route for driverless cars. If we can’t get basic things like number plates correct, all these projects are at most, interesting academic curiosities.