Home > News > Has the 2021 Honda City Hatchback already won the cool factor against the Yaris?

Has the 2021 Honda City Hatchback already won the cool factor against the Yaris? 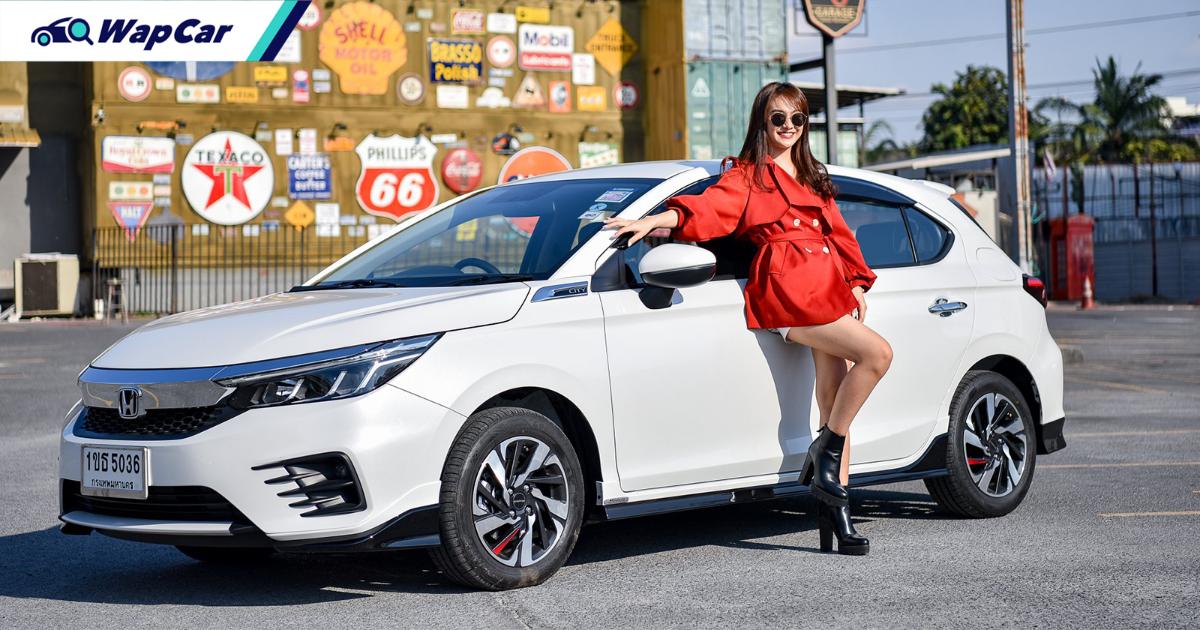 Look, we get it - cool cars are nice to look at and in most cases, just as great to drive. Except there’s one problem - they’re usually just out of reach for the average Malaysian. But a certain Japanese carmaker is adamant to bring back the cool factor with the 2021 Honda City Hatchback.

So what’s good with the City Hatchback?

It made its world debut in Thailand in November, effectively bringing back a name that was last seen 27 years ago in 1994. But where this name is reignited, we wave goodbye to another - the City Hatchback supersedes the Honda Jazz in our region.

But enough about goodbyes. The City Hatchback is here to go head-to-head against the runaway Toyota Yaris, and of course Honda cannot make the hatch any lesser of a car than the Jazz was.

Cue choice features like a sharply-designed exterior (does the rear remind you of a Mercedes-Benz A-Class too?) that's made better with the addition of an optional Modulo kit, as pictured here.

Inside, there's a few practical touches such as an 8-inch touchscreen infotainment system with Android Auto and Apple CarPlay support and a multi-function steering wheel.

Another thing that's multi-functional are its seats - yes, the Jazz's practically-magic, multi-way foldable Ultra Seats return in the City Hatchback. 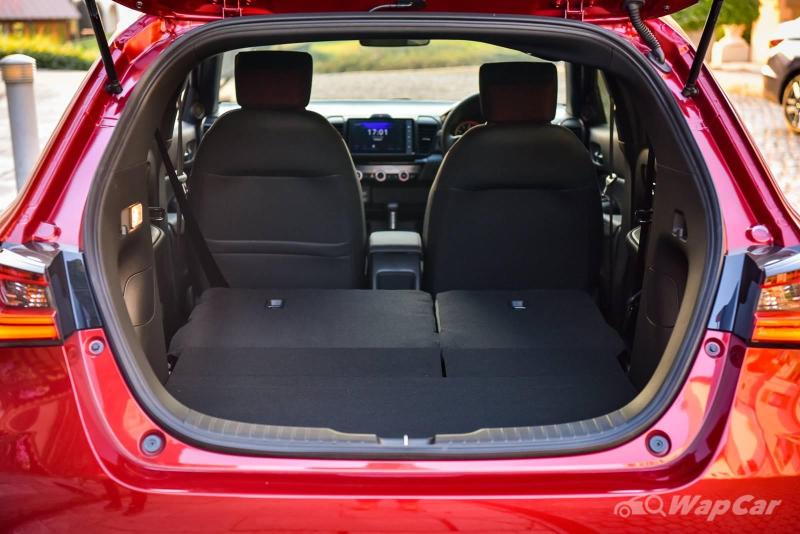 The Ultra seats offer four different folding modes (Utility, Long, Tall, Refresh) and Honda says you can even shove a kayak in there when folded appropriately. 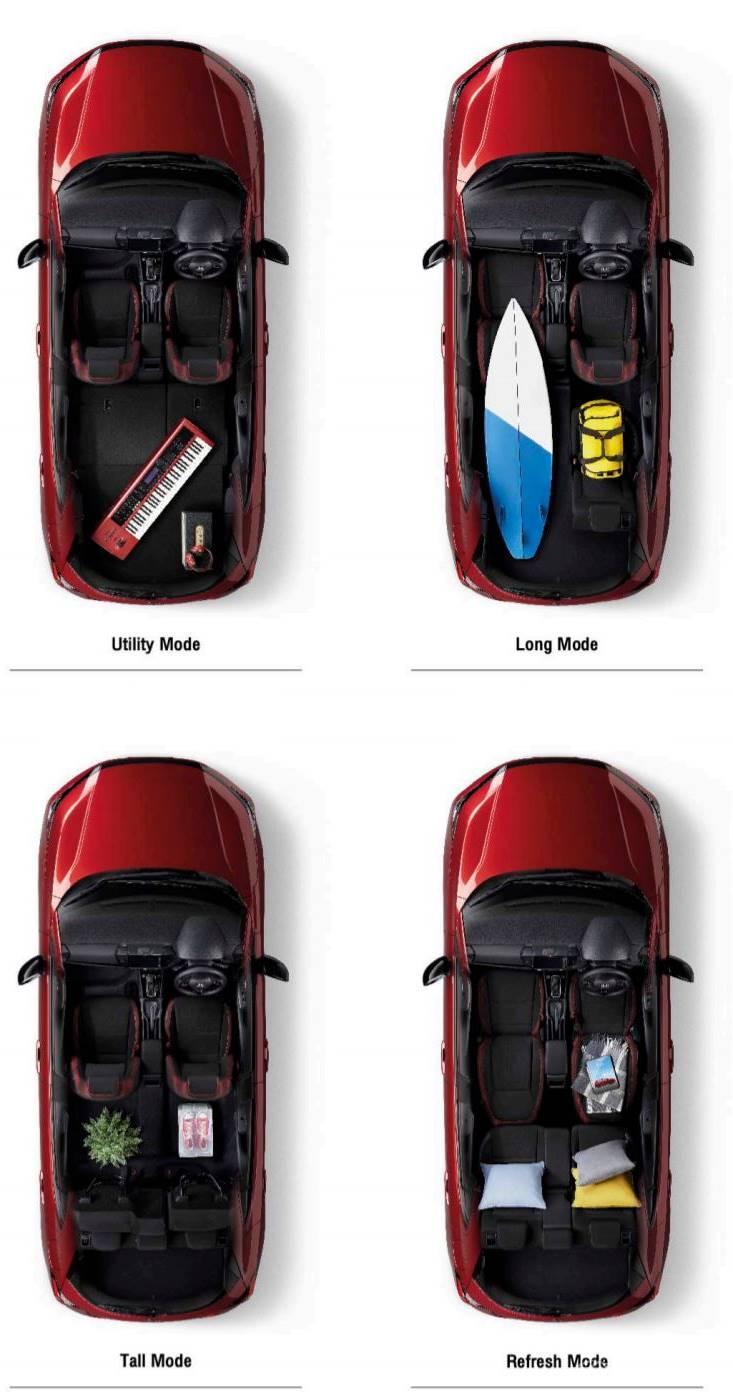 Curious about Ultra Seats? Read this: This is how useful the Honda Jazz’s Ultra Seats are! Myvi what?

The Thai-spec City Hatchback gets a 1.0-litre, turbocharged three-cylinder i-VTEC petrol engine that makes 122 PS and 173 Nm, mated to a CVT.

Seeing that that engine was made to comply with Thai’s strict EcoCar regulations, the Malaysian-spec City Hatchback will most likely feature the same 1.5-litre mill we see in our Honda City sedan.

Here’s how that'll fare with the Yaris: 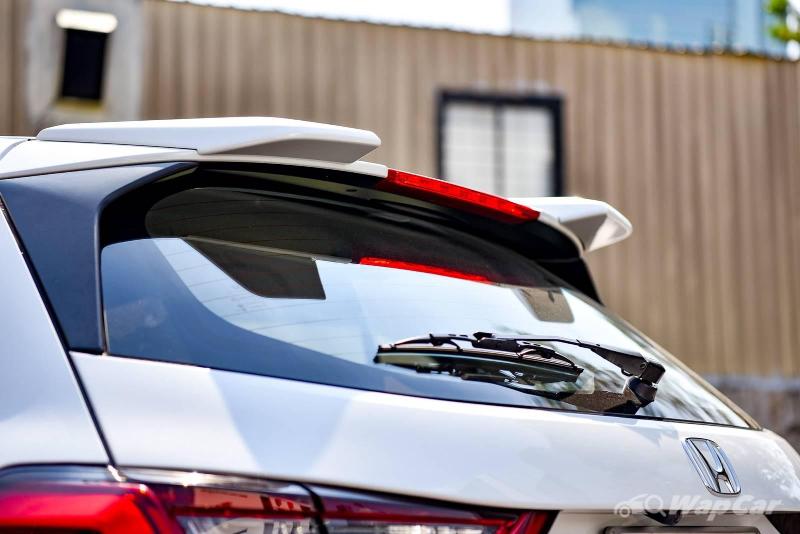 In addition to the naturally-aspirated mill, we can also expect the City Hatchback to feature the same trick i-MMD powertrain as the yet-to-be-priced City RS.

Check out: Here's why the City RS with i-MMD doesn't need a gearbox

Wait..power is one thing, what about dimensions? 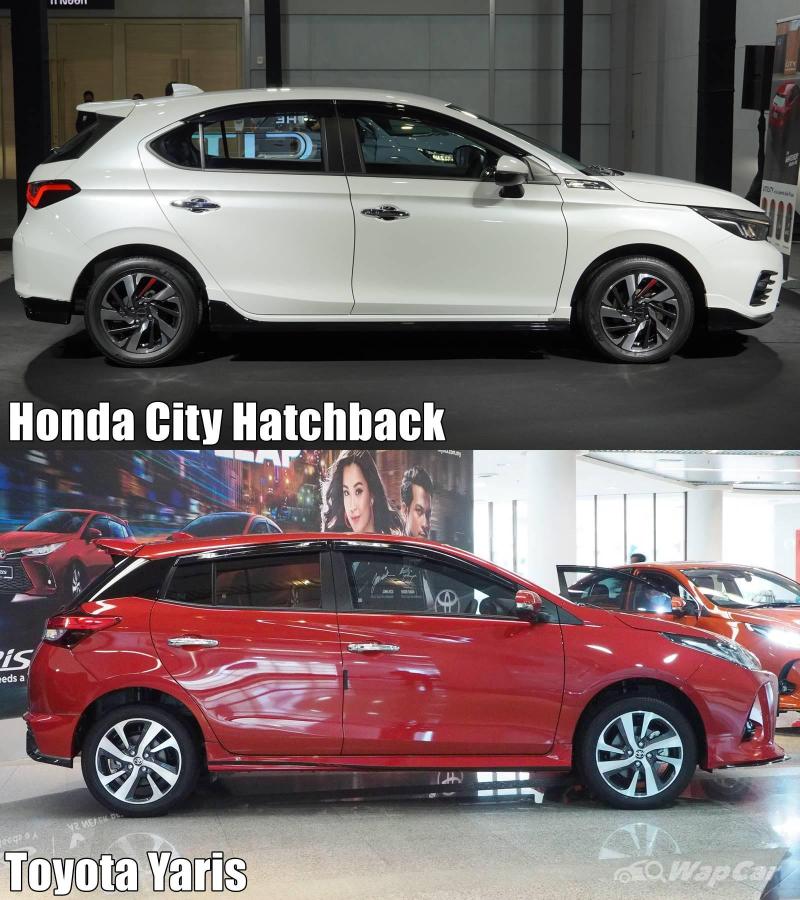 Meanwhile, both cars are almost equally-sized, check out the breakdown below:

Prices - aimed at the Yaris 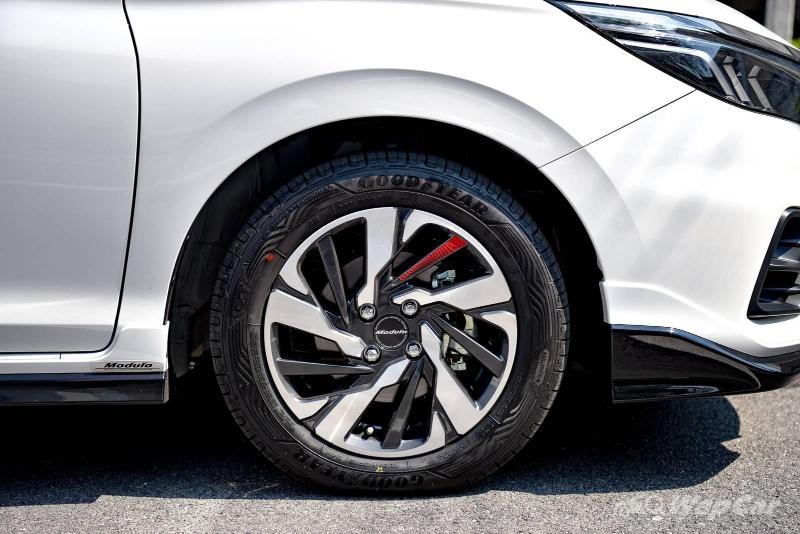 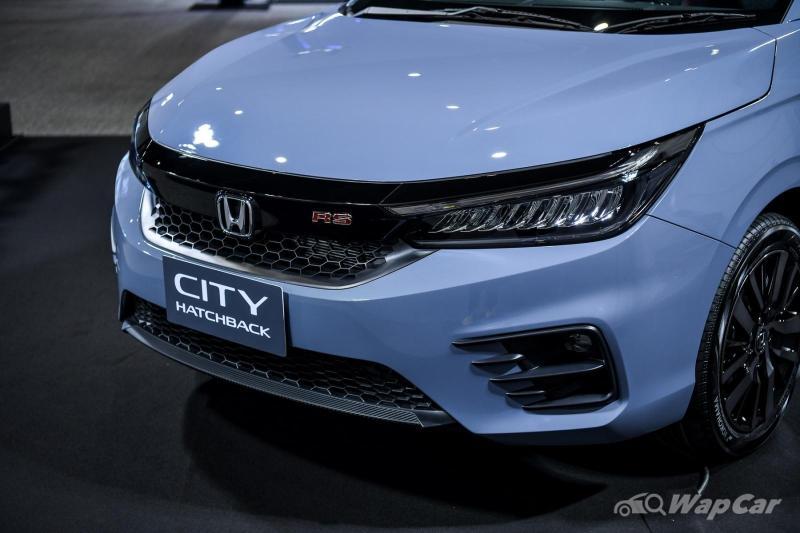 It's unmistakeable that the City Hatchback is one of the most hotly-anticipated models launch in Malaysia this year. 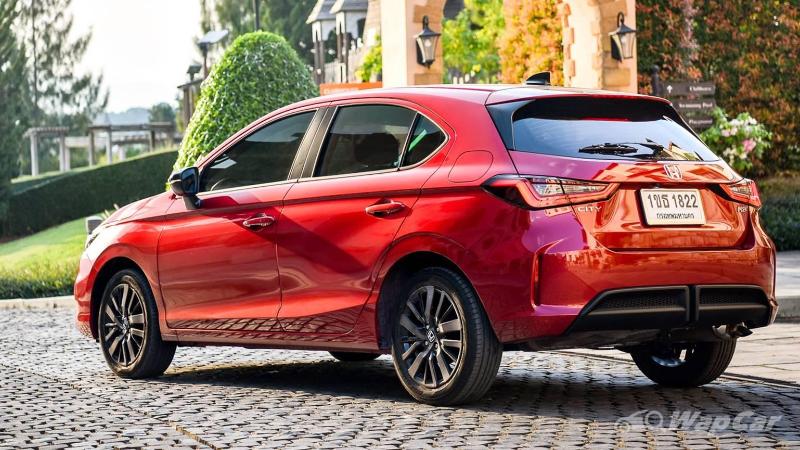 By every account, it should be - this small car may very well be Honda Malaysia's biggest launch of 2021.