35 years of Proton – Could Proton have achieved more at 35? 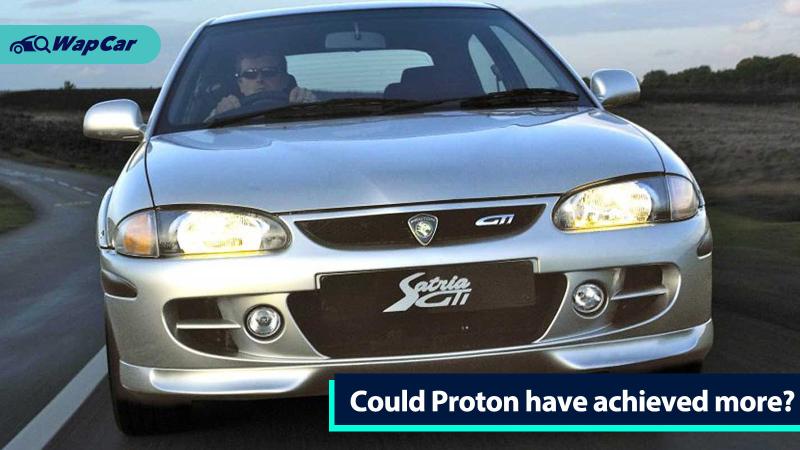 Proton is an abbreviation or Perusahaan Otomobil Nasional. It’s a national car. That was the intention and it is something we should be proud of. Germany has Volkswagen, Japan has Toyota, and Korea has Hyundai. Other famous brands have been left out in favour of those that cater to the masses with “people’s cars”.

Proton is 35 years old (We’ll take the Saga launch as its birthday). Toyota and Volkswagen are 83 years old while Hyundai is 53 years old. Proton is young in comparison to these companies but old when compared to the likes of Tesla or Vinfast. It is one of the few car companies that were founded in the 1980s that still has a presence until today.

Other car companies founded in that era were French (microcar, Aixam), American (Eagle) and Chinese (Geely, Dadi Auto). Proton doesn’t have many peers in the auto industry. 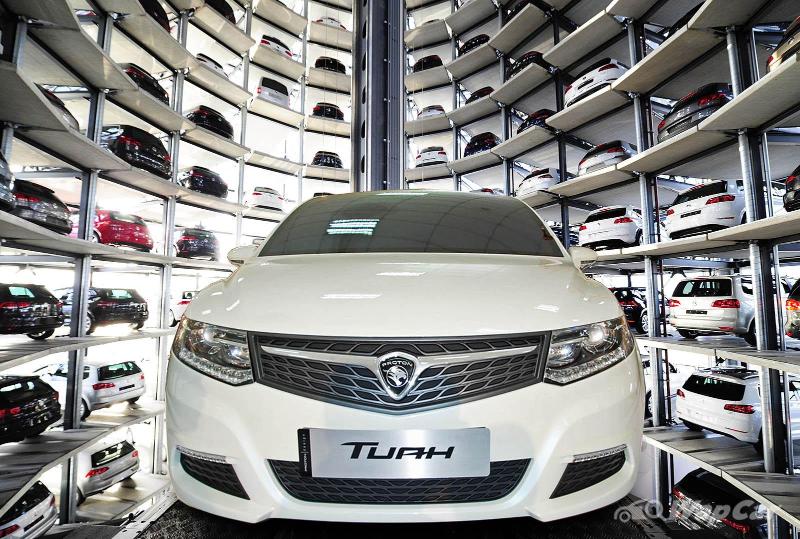 In its 35 years, some of us express pure pride in the national car, while others see it as a futile effort. The question is, how has Proton performed all these years? Has it been great? Both Volkswagen and Toyota are 83 years old and we can see what can be achieved by a car company in that time frame. Hyundai, once known for terrible cars, has slowly changed that perception of the brand.

To get a gauge of how Proton is doing objectively, let’s have a look at these companies (Toyota, Volkswagen, & Hyundai) when they too were 35 years old.

Toyota turned 35 in 1972. Toyota had begun by making passenger cars like the SA and commercial vehicles like the SB truck and the Stout trucks.

At 35 years old, Toyota’s model line-up included the famous Land Cruiser, the Corolla, Corona, Crown, and Master. Toyota’s saloon car, the Toyota Crown, had undergone three revisions by 1972 and the Land Cruiser had been around for 21 years. 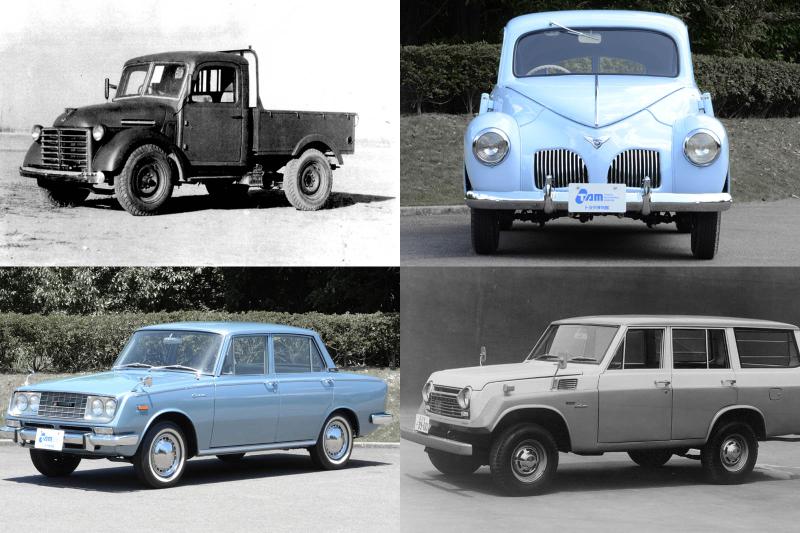 By 1972, Toyota had acquired Hino and was in control of Daihatsu. 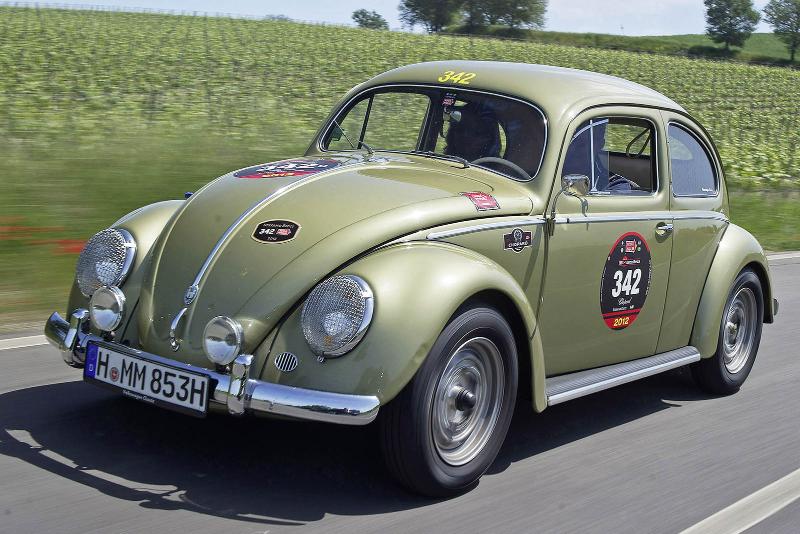 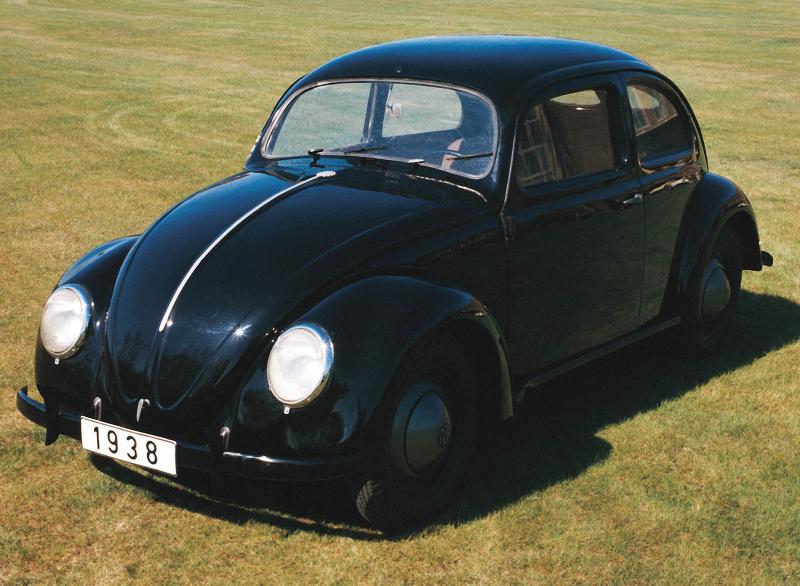 Development of the Beetle had begun since 1933 by Ferdinand Porsche and the idea was finally realised in 1938 when production of the Type 1 began. At 35 years old, Volkswagen had the Type 1, Type 2, Type 3, Type 4, and the Karmann Ghia in its line-up.

At 35 years old, the Volkswagen Golf had not yet come to fruition. 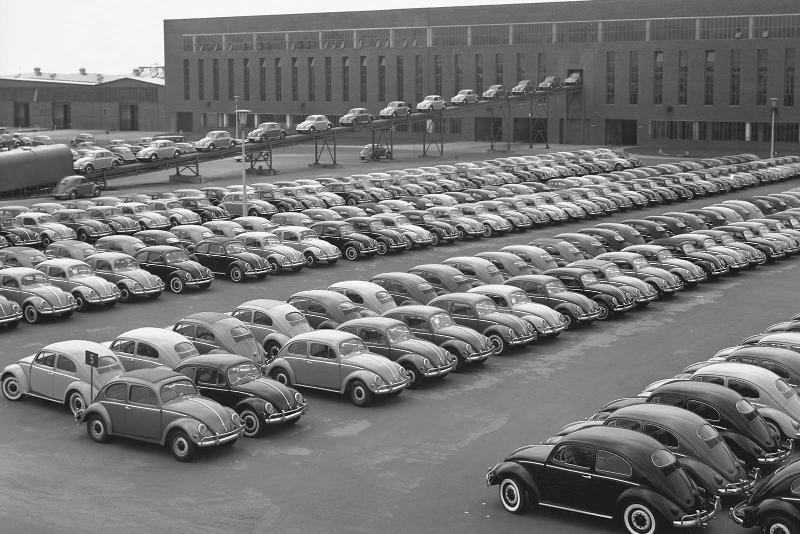 At 35 years old, Volkswagen had acquired both Auto Union (1964) and NSU (1969) and merged them to create the brand that is Audi today. 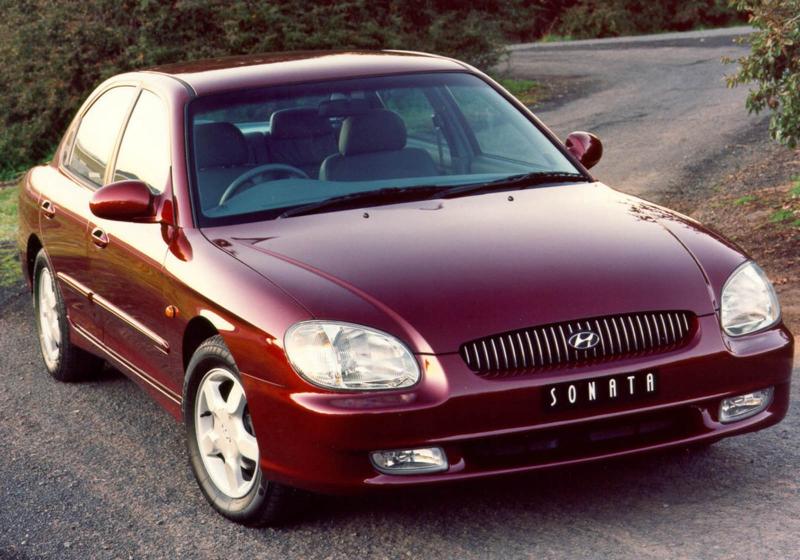 Hyundai began by assembling the Ford Cortina. Until a good 8 years later, Hyundai never had its own car. In 1975, the Hyundai Pony was introduced. It was the first car to bear the Hyundai name and was South Korea’s first mass-produced and exported car.

Hyundai turned 35 in 2002. By that time, Hyundai had introduced models such as the Stellar, Excel, Sonata, Coupe, and Accent. At 24 years old (1991) Hyundai built their first engine called the Alpha, a 4-cylinder gasoline engine. 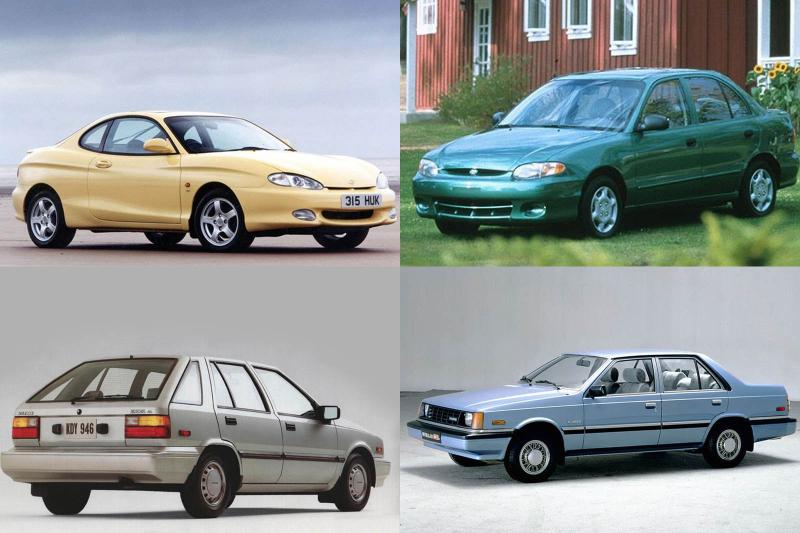 Not long after Hyundai made its own car, the Pony, they began exporting. At 35 years, Hyundai had sold its cars in Ecuador, the Benelux countries, Britain, Canada, Turkey, and India. 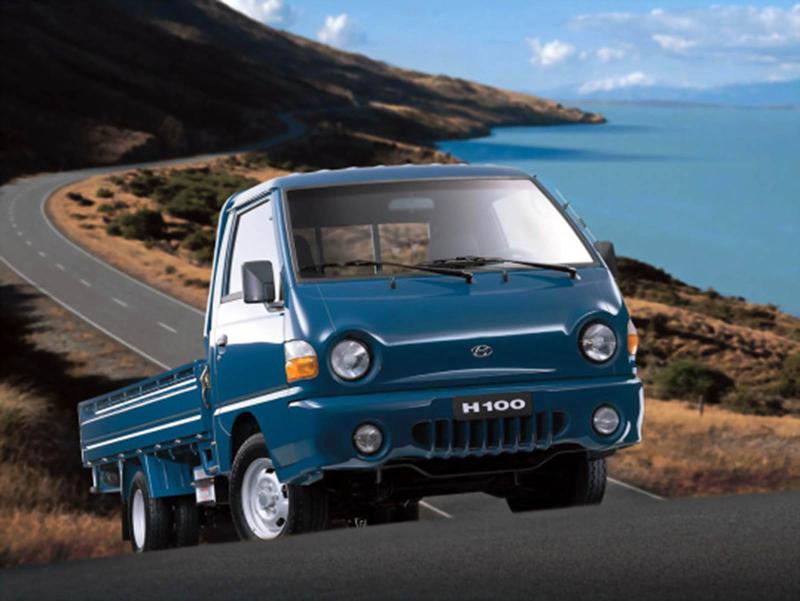 An R&D centre was established in Germany (1994) and Hyundai also had a design centre in California (1990).

Hyundai had acquired 33.88% of Kia in 1998. Other than that, Hyundai and Daimler Chrysler formed a strategic alliance in 2000 but that only lasted for four years 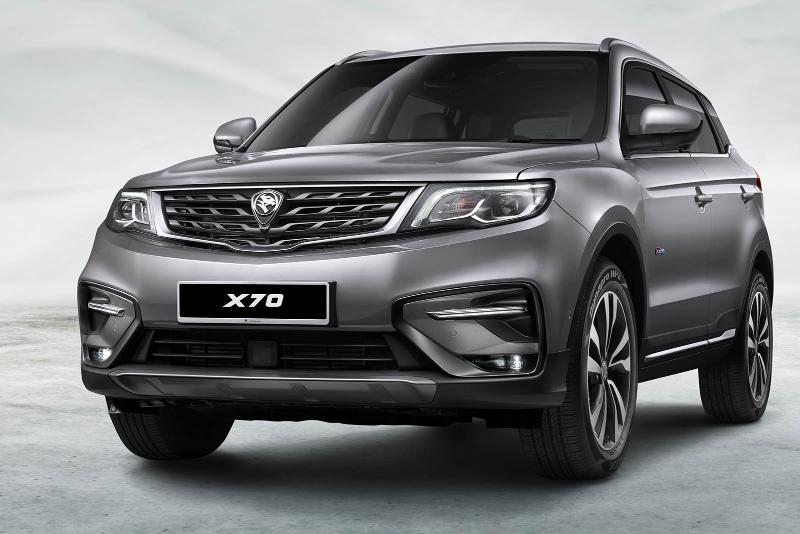 Proton began with the Saga, a repurposed Mitsubishi Colt, and the Proton Wira, a repurposed Mitsubishi Lancer. Proton made its first own engine, the CamPro, at 19 years of age. That’s actually sooner than Hyundai. In 35 years, Proton has brought to the market the Saga, Wira, Satria, Satria Neo, Putra, Perdana, Tiara, Juara, Arena, Waja, Gen 2, Preve, Suprima, Inspira, Savvy, Persona, Iriz, and the X70. 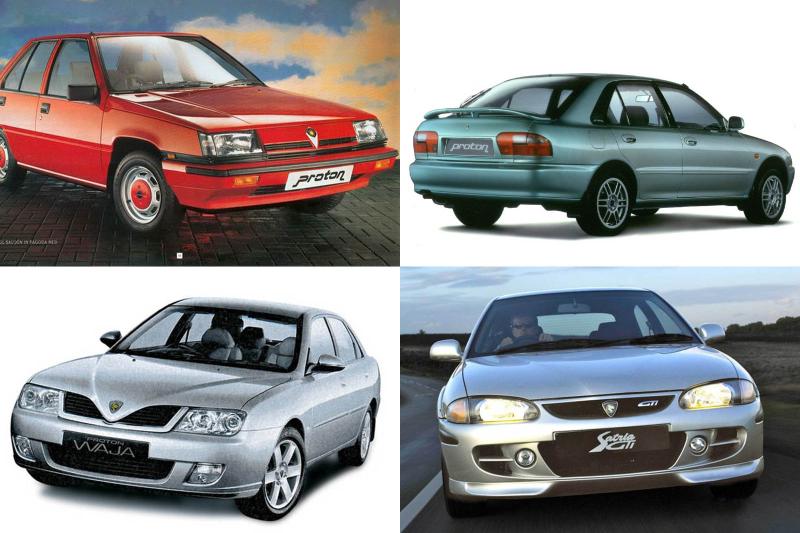 Proton’s first exports were to the United Kingdom in 1989. Until today, Proton had exported its cars to Australia, Singapore, Thailand, Germany, Syria, Egypt, South Africa, Chile, Indonesia, and Pakistan. 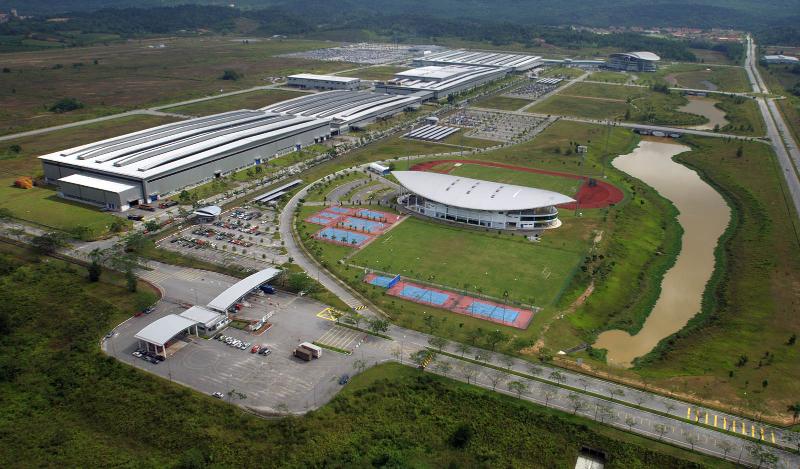 To date, Proton has no production plants outside of Malaysia. Although there has been plans for Indonesia, Iran, and Pakistan, they have not yet come to fruition.

At 35 years of age, Proton had acquired Lotus (1996) and MV Agusta, a motorcycle company (story for another day). 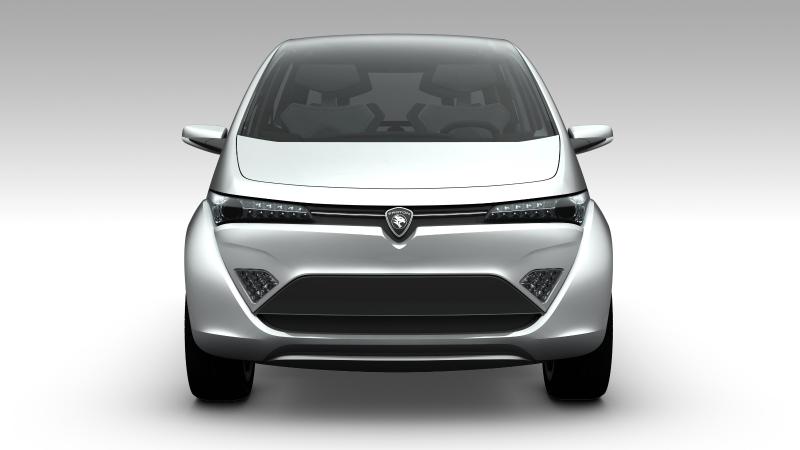 In 35 years, Proton has had no production plants outside of Malaysia. However, Proton has offered a wide variety of cars in its 35 years of existence. Like other car companies mentioned, Proton also began exporting not long after making its own car. (VW took ten years) 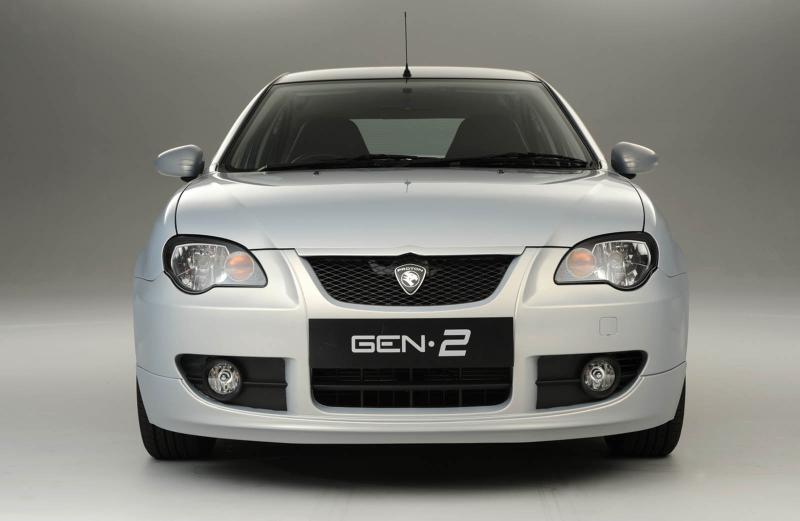 There were also various innovation attempts by Proton in the past. After 19 years in business, Proton already made its first engine. A lot of research and development was done with the goal of being a technology pioneer. That’s some solid vision. 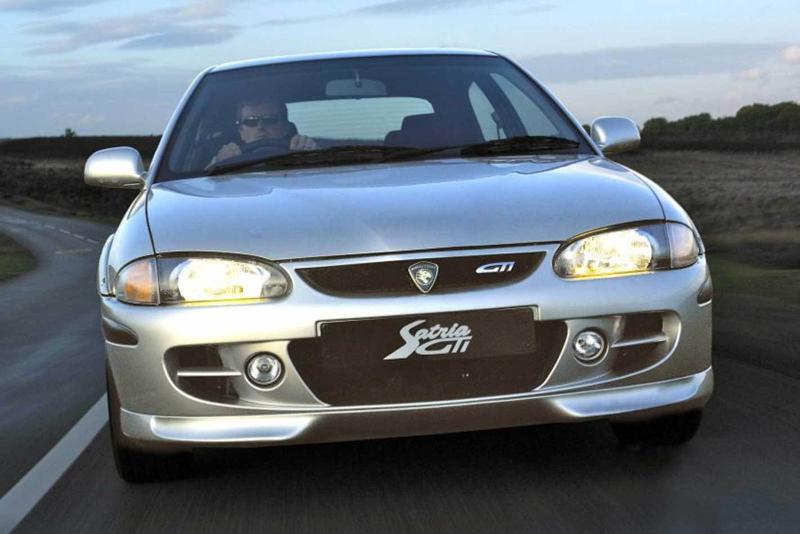 Proton is one of the very few automakers that emerged from the 80s that still stands today. It was too young to fight with the senior heavyweights but also too old to be daring and flexible like Tesla and new automakers from China. Whatever it is, we hope for the best for Proton its endeavours.

Could Proton have achieved more?

Frankly speaking, there's room for improvement for every car company.  Proton could have expanded a lot more for sure. There have been various attempts to build car companies from all over the world that ended in failure. It's not an easy task. Proton has dabbled in motorsports and has provided the luxury of personal transportion for Malaysians.

Personally, I feel Proton is something we can be proud of. It takes serious work to get an operation like that up and running and not many countries can claim to have a home-grown car brand.