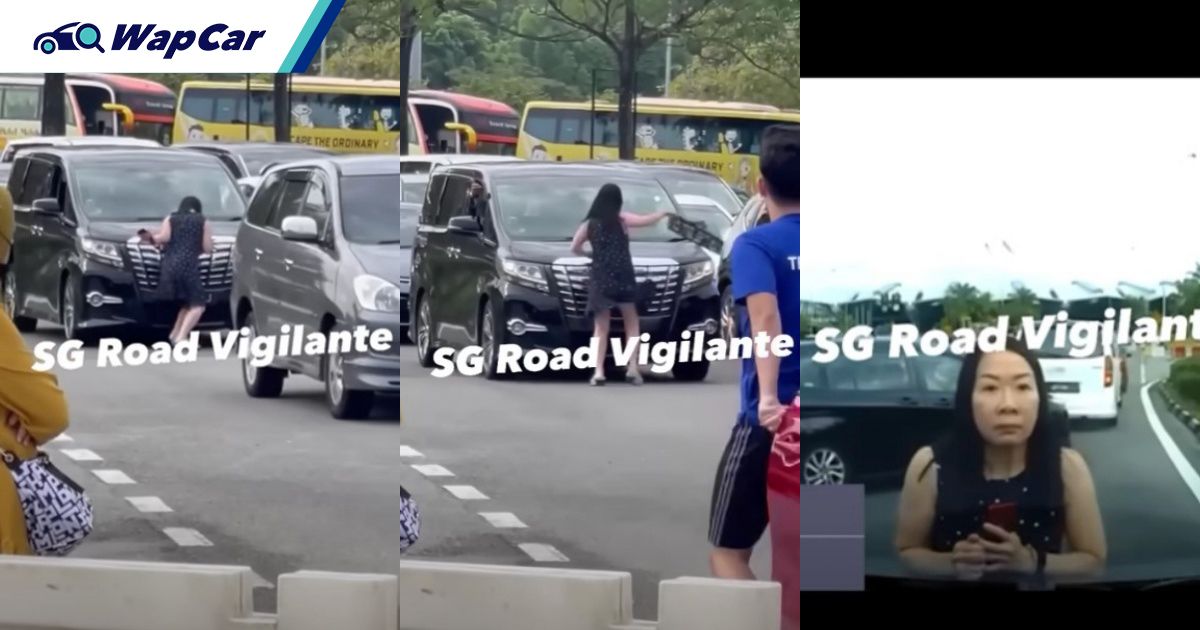 The Royal Malaysian Police (PDRM) is trying to identify a Singaporean woman who was seen first trying to block a black Toyota Alphard’s progress through a jam and later pulling off the Alphard’s licence plate and throwing it at the windscreen.

The incident happened on 9-July-2022 at the Tuas Second Link, Malaysian Checkpoint. The video of the woman’s behaviour quickly went viral after it was uploaded on the Facebook Page SG Vigilante.

According to the Straits Times, the incident started when the black Toyota Alphard scraped the woman’s red Kia Cerato when jamming at the checkpoint.

Also read: 33 records on lorry driver who ploughed into 12 cars on JB Causeway

Enraged, the woman alighted from her car to intimidate the Alphard driver. A man wearing a T-shirt from Yishun Innova Junior College later joined her but he was held back by the woman.

When making a police report, the Alphard driver claims that the man was shouting profanities and making offensive gestures at him though he was led away from the victim.

The victim was on his way back to Singapore from Forest City in Johor at the time of the incident. Though it is not clear what licence plate the Alphard has, video evidence from the victim’s dashcam and another source clearly show that the woman’s Kia Cerato bears Singaporean plates.