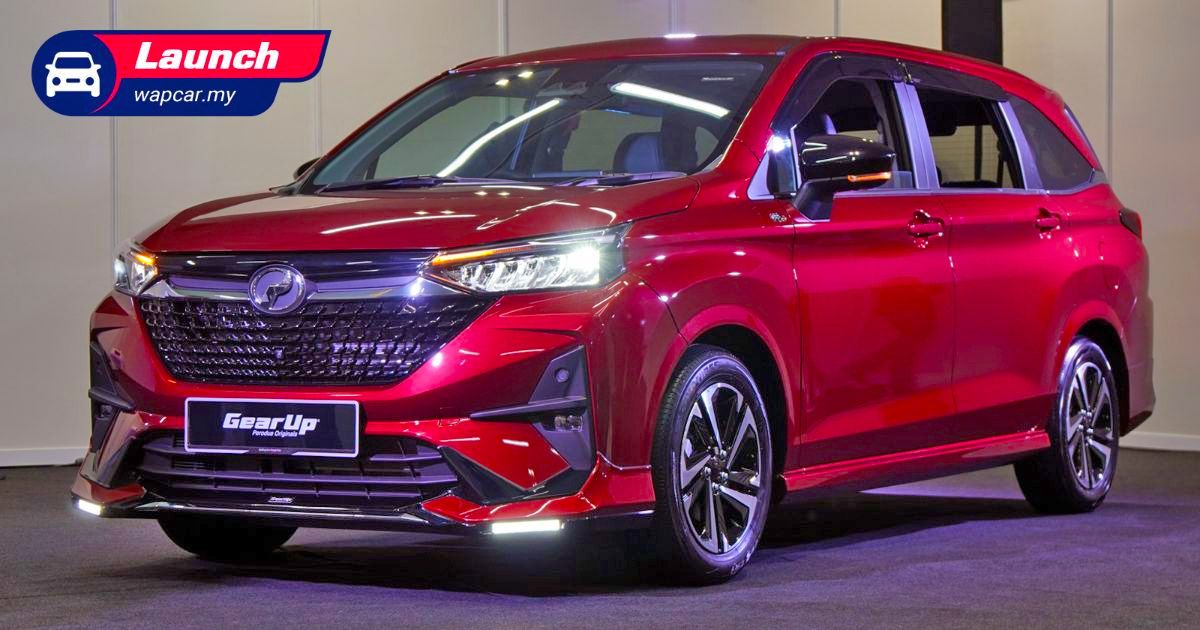 After weeks of teasing, Perodua has officially launched the D27A all-new 2022 Perodua Alza in Malaysia. Since bookings were opened on 30-June, Perodua has received over 30,000 bookings for its latest 7-seater MPV, its highest ever booking.

Here are the starting prices of all 3 variants:

The main differences between the 3 Alza variants are listed below: 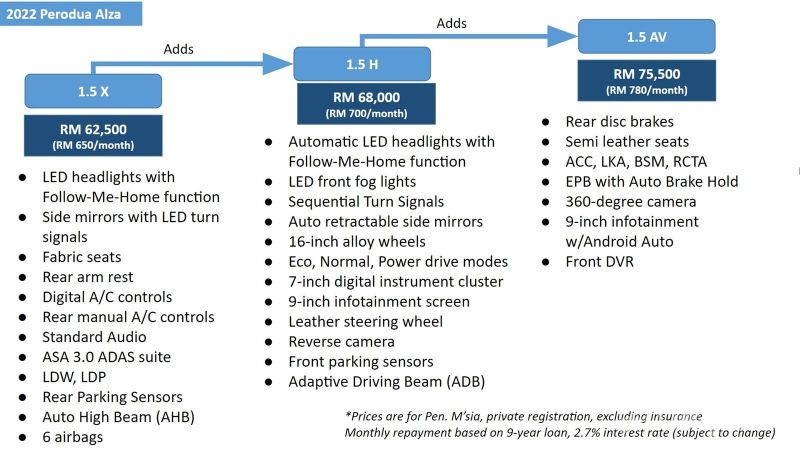 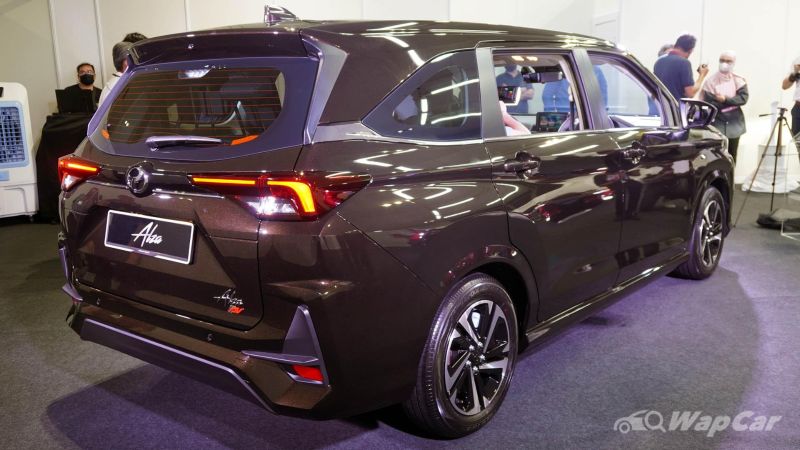 Similar to other recently-launched Perodua models, the all-new 2022 Alza is decked to the brim with safety features. 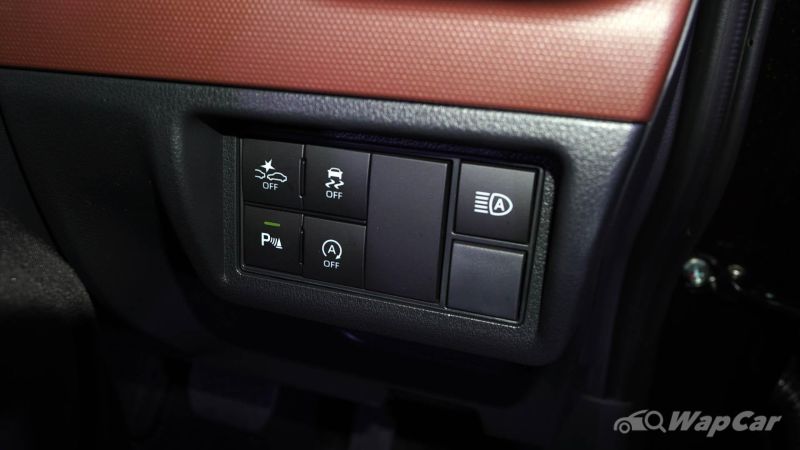 As standard, all variants of the 2022 Perodua Alza come with the Perodua Advanced Safety Assist 3.0 (ASA 3.0) ADAS suite, which includes: 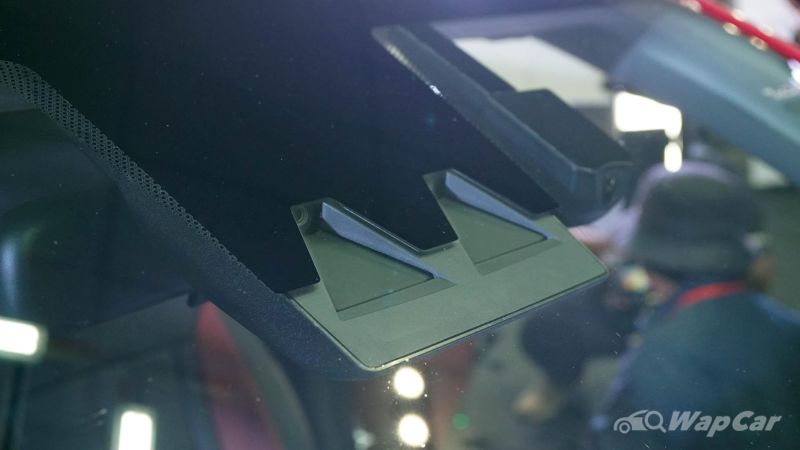 Stepping to the mid-spec Alza 1.5 H variant, it adds:

The D27A Alza the second Perodua model after the Perodua Ativa to offer ADB. Adaptive Driving Beam, utilizes both software and sensors to detect other oncoming vehicles and is able to selectively turn off individual LEDs to reduce glare. 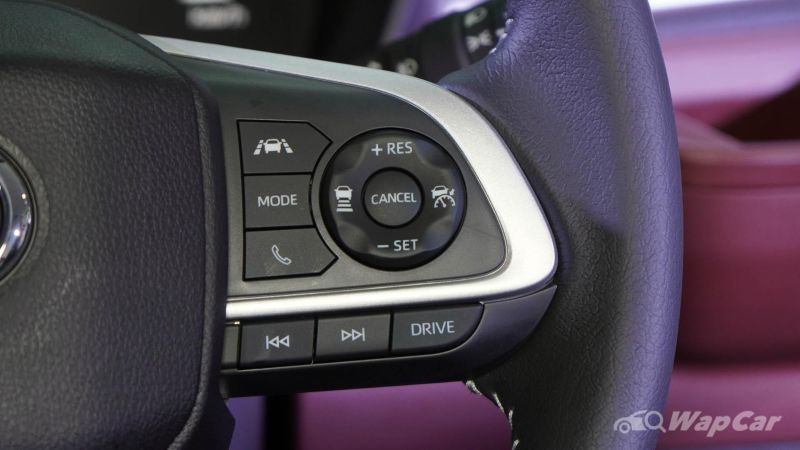 The top-spec Alza 1.5 AV adds the Driving Assist package to the mix, which includes:

Another Perodua-first feature is the 360-degree view monitor, which features 4 cameras mounted around the D27A Alza, feeding video to the floating-style headunit, enabling several viewing modes such as bird’s eye view (surround), front view, rear view, and side view.

Perodua’s newest 7-seater is very well equipped, even from the base variant.

Standard features for all variants include:

Being an MPV, the D27A Alza comes with third-row seats that can be folded 50:50. The second-row seats are 60:40 split folding, and has one-touch tumble, and slide fore and aft.

The 1.5 X and 1.5 H variants get fabric seats, while the top-spec 1.5 AV gets dual-tone semi-leather seats. 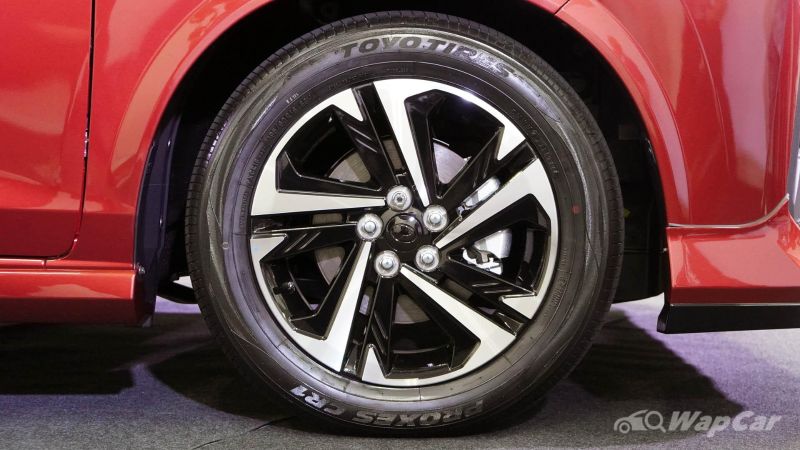 Stepping up the 1.5 H variant and it adds: 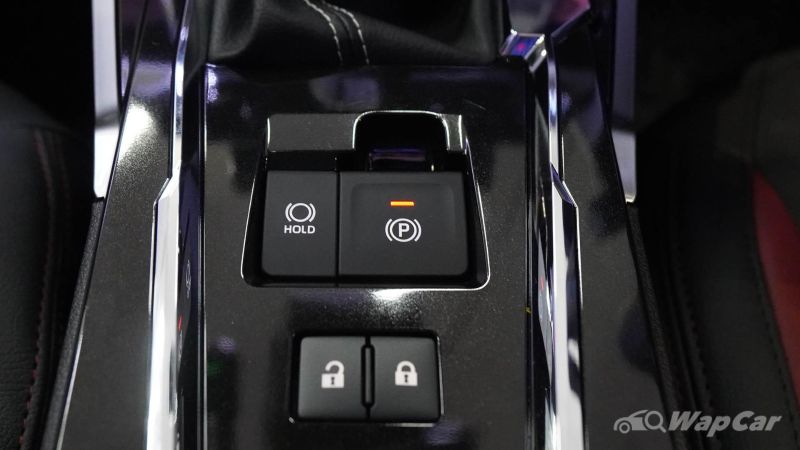 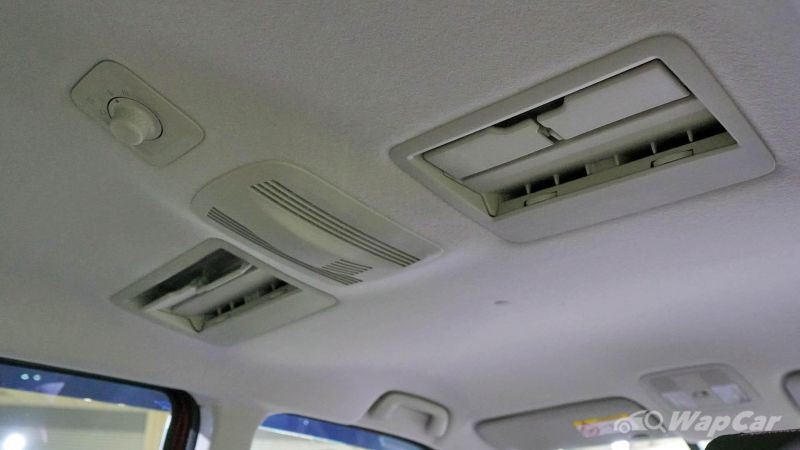 Unlike the predecessor model, all variants of the D27A Alza are fitted with a roof-mounted rear air-conditioning unit with manual blower speed adjuster, ensuring that second and third row passengers can be kept chilled. 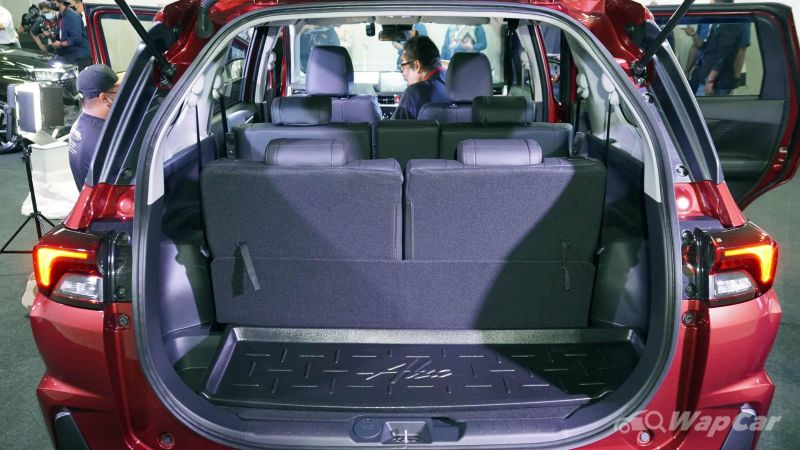 Boot space of the D27A Perodua Alza has also increased over the model it replaces. With the third-row seats in the upright position, the D27A Alza boasts a 137-litre boot space, 54 litres more than before. Fold down the third row seats and boot space increases to 498 litres, 150 litres more than the older Alza. 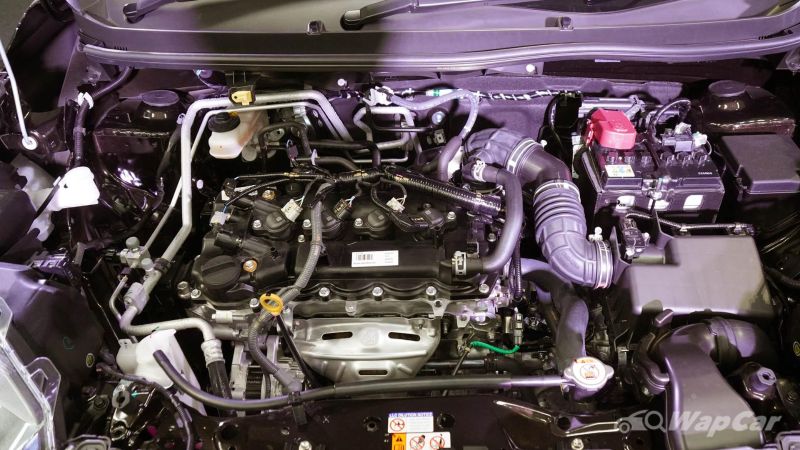 Also new is the transmission, as Perodua has ditched the old 4-speed torque converter automatic in favour of the newer Dual-mode CVT (D-CVT), the latter made its debut on the Perodua Ativa.

Five colours are available for the 2022 Perodua Alza, namely Black, Glittering Silver, Ivory White, Brown, and Garnet Red; the latter two can be had on the Alza 1.5 H and 1.5 AV variants. Unlike its sibling model the Toyota Veloz, the D27A Alza isn’t offered with a dual-tone paint job option.

As before, the Perodua Alza is made at Perodua's plant in Rawang. Specifically, at the Perodua Manufacturing Sdn. Bhd. (PMSB) line, which also makes the Myvi, Aruz, and Toyota Rush (OEM supply, contract manufacturing).

Perodua says the Alza has a 95 percent local content, similar to the Ativa, which is made at the Perodua Global Manufacturing Sdn. Bhd. (PGMSB) line, on the same line as the Axia and Bezza.

As for estimated waiting period, the answer is 10 months.