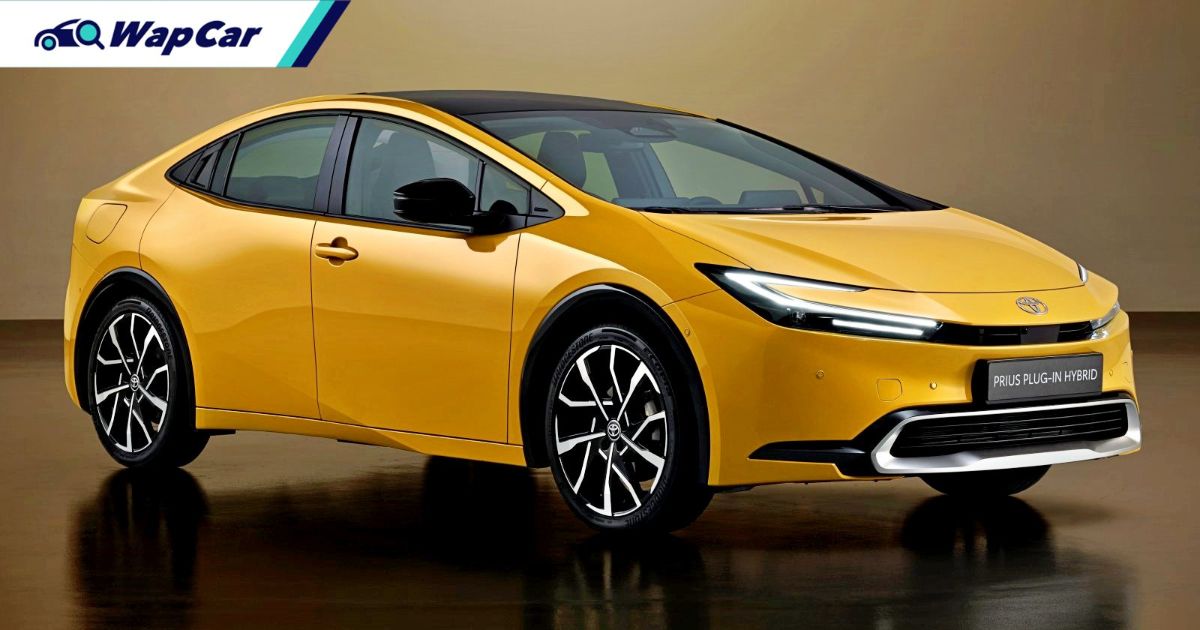 The 5th generation 2023 Toyota Prius has just made its global debut in Japan today. The highlight of this model is the addition of a new 2.0-litre variant, which is available either as a plug-in hybrid (PHEV) or a regular (full) hybrid.

The previous generation Prius’ 1.8-litre 2ZR-FXE engine will still be offered on entry variants of the 2023 Toyota Prius. It would be foolish to drop it because that engine is one of the most reliable in the world, regardless of whether it is compared against other hybrid engines or regular combustion engines. Taxi operators in many parts of the world will agree. 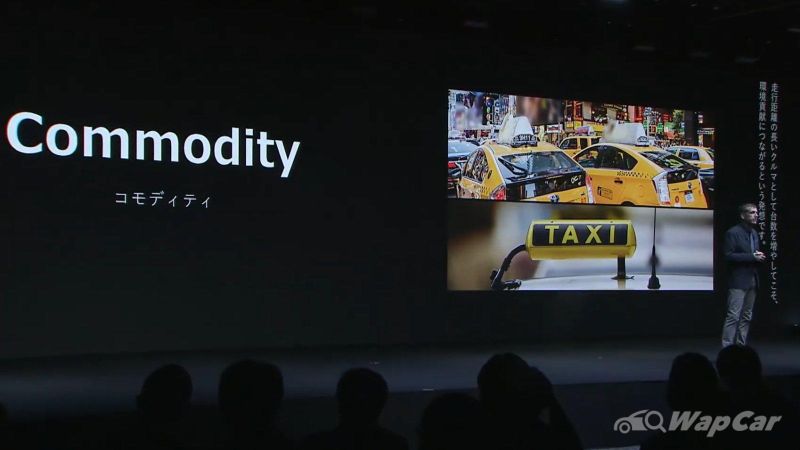 The logic is that taxis travel a lot of distance and by offering the Prius to other manufacturers, the carbon reduction potential of the Prius’ hybrid drivetrain, which Toyota says is the most efficient in its class, can be greatly increased.

In the end, the development team chose ‘Love’ over ‘Commodity’ and set to develop a new Prius that will be loved by fans and paid a lot of attention to building a car that drives well, and looks really good. 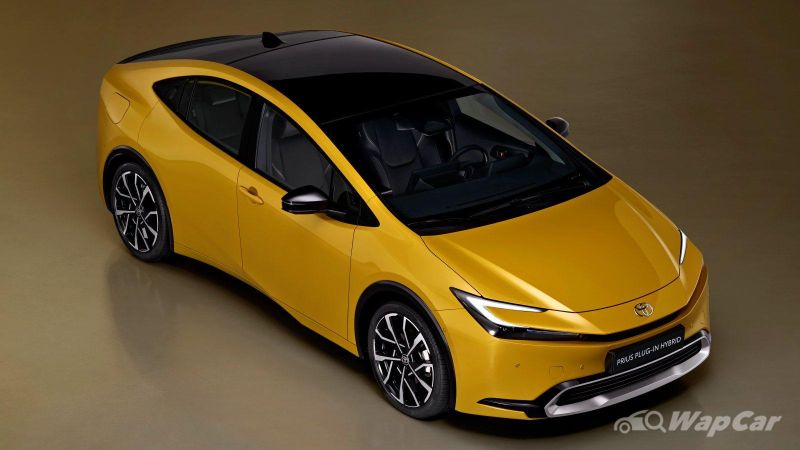 Underpinning the 2023 Toyota Prius is a second generation TNGA platform. Toyota says the new architecture allows for a lower centre of gravity and fitment of large diameter tyres (19-inch is available).

Suspension is MacPherson struts at the front and double wishbones at the rear, which is not a common setup in this era, where low cost torsion beams are preferred to maximize interior space.

In models equipped with Toyota Safety Sense driving aids, a monocular front camera is fitted. Like the Harrier, it will also be offered with a digital rear-view mirror. There’s also a built-in dashcam but unlike the ones fitted as an accessory option, this unit is tied to the engine control unit (ECU). Data is stored within the ECU to avoid data corruption and other issues associated with SD card storage mediums.

Like many Japanese market hybrids, the latest Prius comes with two 100V AC (1,500 W) power sockets. Users can plug in domestic electrical appliances and use the vehicle’s battery to power it. When the battery charge is low, the engine will start to recharge it.

It also comes with an external electric power supply attachment as standard so that external power supply is possible with the door windows closed to prevent rain and insects from getting in the car when in use.

Higher range variants will also come with panoramic sunroof (to be specific it’s a moonroof, because it can be opened fully). 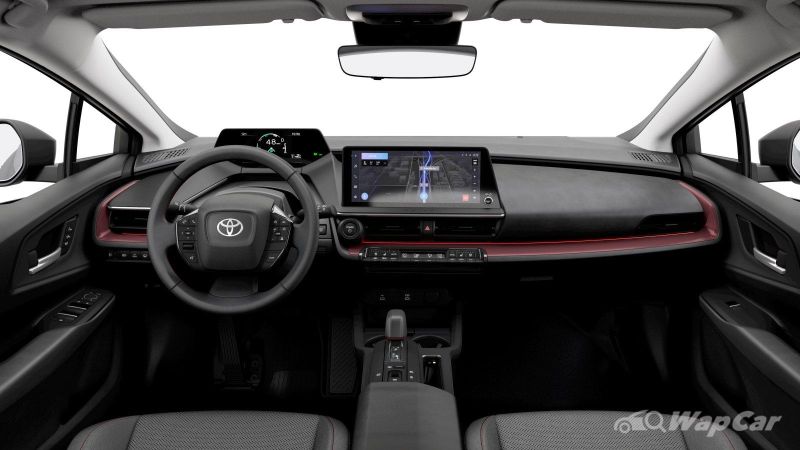 PHEV variants will come roof-mounted solar panels. Electric power generated while parked is used to charge the drive battery, with the system not only supplying electricity for driving but for air conditioning and other functions as well. Electric power generated during driving is used to supplement the auxiliary battery system. Toyota says it can deliver up enough power to drive 1,250 km per year. 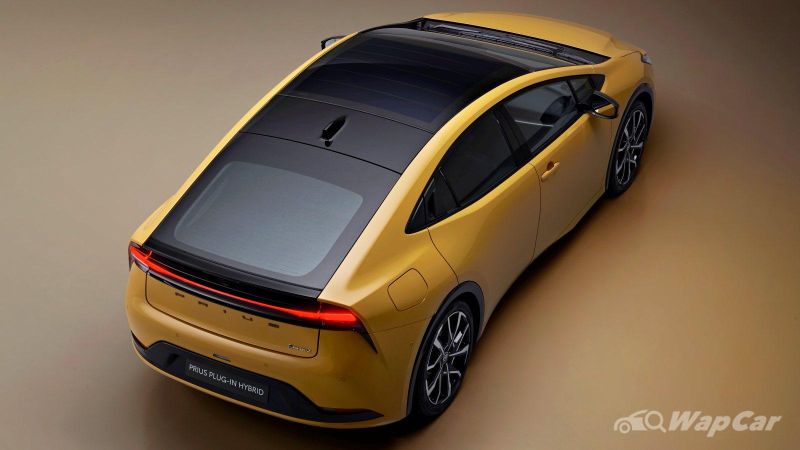 Prices have yet to be announced, but the Prius will go on sale in Japan before the year ends, followed by North America and Europe.

Neither UMW Toyota Motor nor other authorized Toyota distributors in the region (except Singapore’s Borneo Motors) have plans to re-introduce the Prius here. This is because our region imposes high taxes on imported (CBU) models and the Prius is only made in Japan. 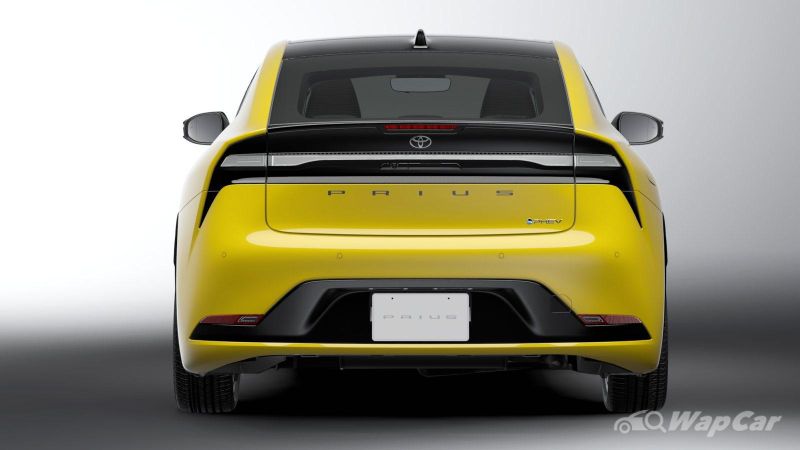 The third generation Prius was briefly sold in Malaysia, Indonesia, and Thailand.

Toyota’s hybrid strategy for this region is centred around the Toyota Corolla Cross Hybrid, Toyota Camry Hybrid. In the coming years, hybrid variants of the Vios (Yaris Ativ in Thailand), Veloz, and Yaris Cross (not related to the model sold in Europe and Japan) will also be introduced.