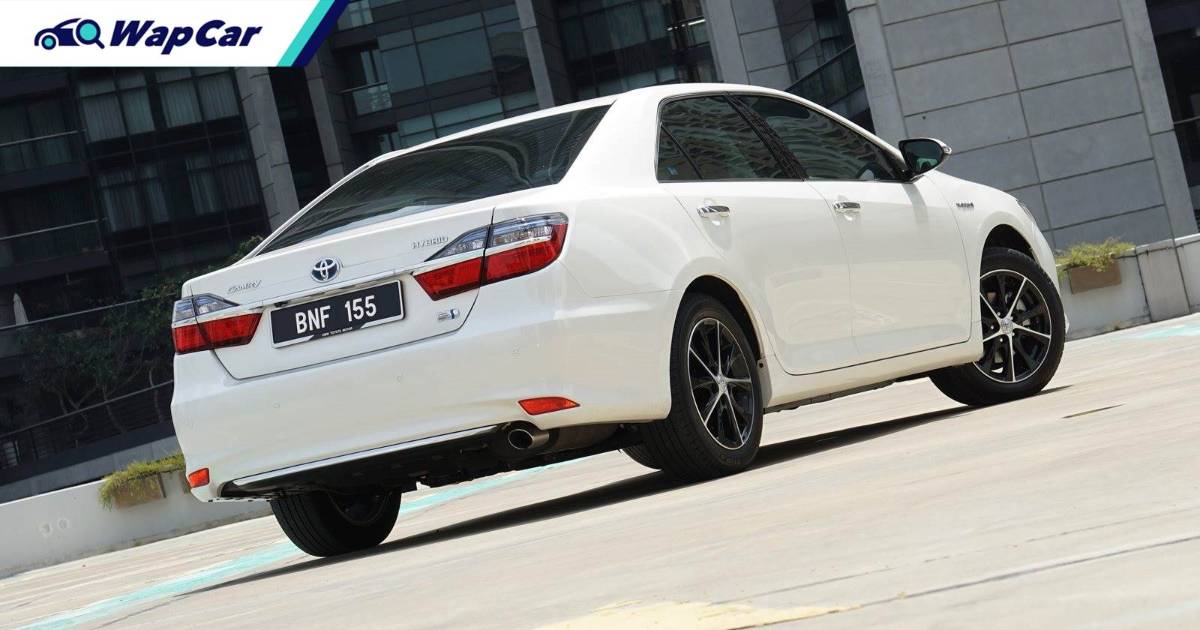 The locally-assembled (CKD) Toyota Camry Hybrid was first launched in Malaysia in 2015, priced at RM 174,900. It was a bit of a one hit wonder as there was no follow-up to the model. The subsequent generation Camry was imported from Thailand and local taxes made it prohibitively expensive. Consequently, the hybrid variant was dropped. 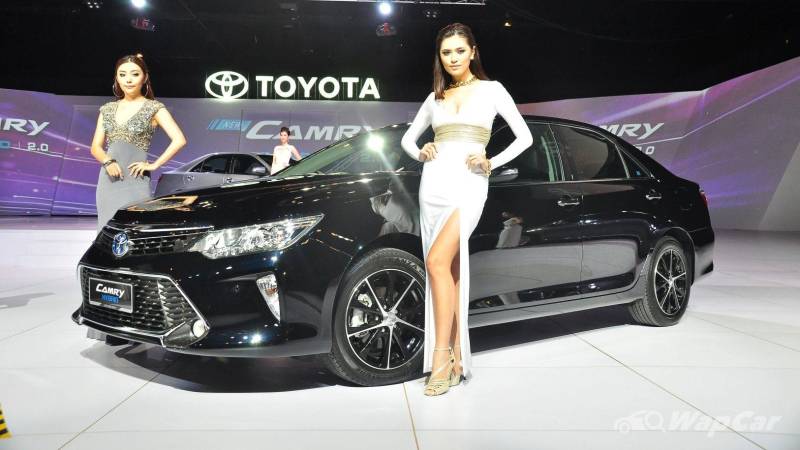 The good news is that unlike the Prius (which was also not followed up after just one generation), the Camry Hybrid is newer and thus is still covered by UMW Toyota’s 8-year warranty for the hybrid battery, which unlike German plug-in hybrids, isn’t even that expensive to replace and is very reliable.

Since the car is less than 10 years old, it still qualifies for a bank loan, making it a reasonably good alternative to a new Toyota Vios (from RM 74,623). 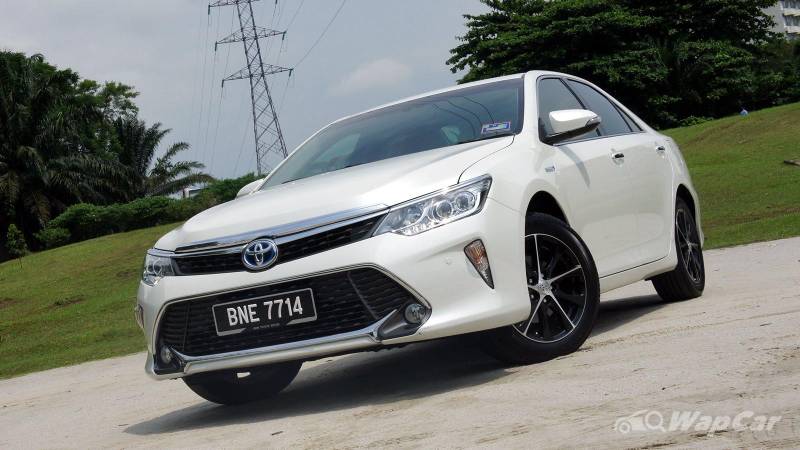 You can pick a used 5-year old Camry Hybrid for around RM 80k. Camry Hybrid owners would also be pleased to know their car holds its value better than an equivalent 2.4-litre Honda Accord. 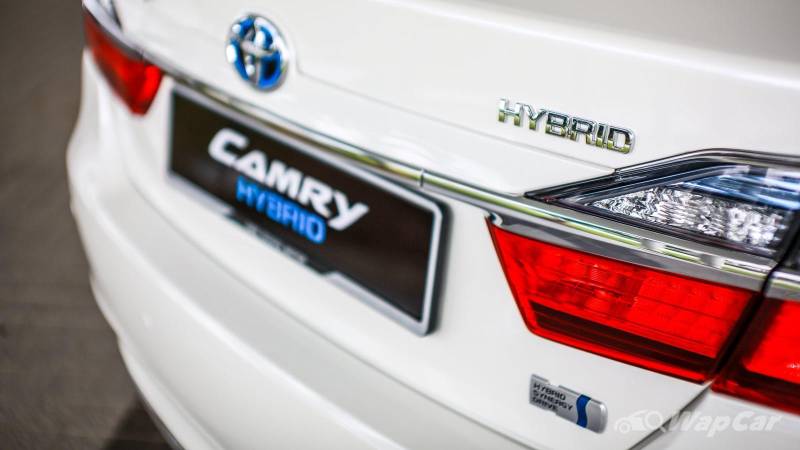 Why? Probably because unlike the Prius, the Camry name carries a lot more weight and the subsequent generation Camry saw a big jump in price (RM 196,888, before SST discount).

Secondly, production of the Camry Hybrid only ran for 3 years so there aren’t that many units and among those who bought one, few are in a rush to sell it, and why would they?

What was once sold at RM 175k is still retailing at around RM 80k after six years, depreciating at a very acceptable 10 percent annually. For comparison, a similar year 2015 Honda Accord 2.4 VTi is selling at around RM 75k.

The Camry Hybrid is powered by a 2.5-litre Atkinson cycle 2AR-FXE 4-cylinder DOHC VVT-i (with ACIS, Acoustic Control Induction System) that makes a combined output of 205 PS. Drive is sent to the front wheels via a planetary gearset E-CVT (belt-less CVT). 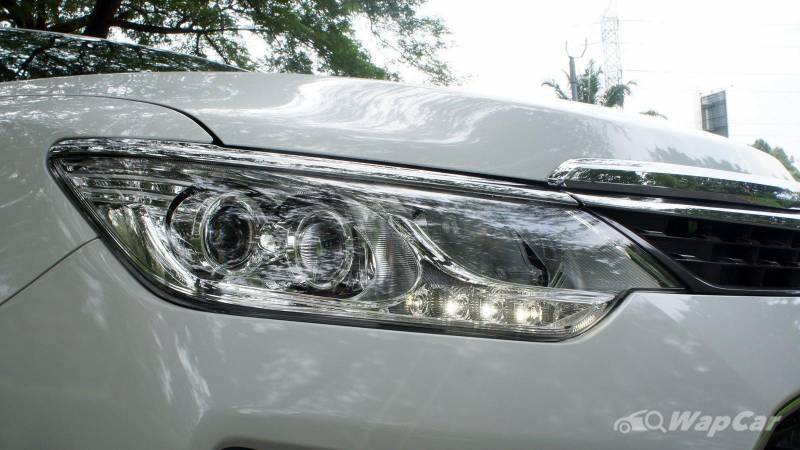 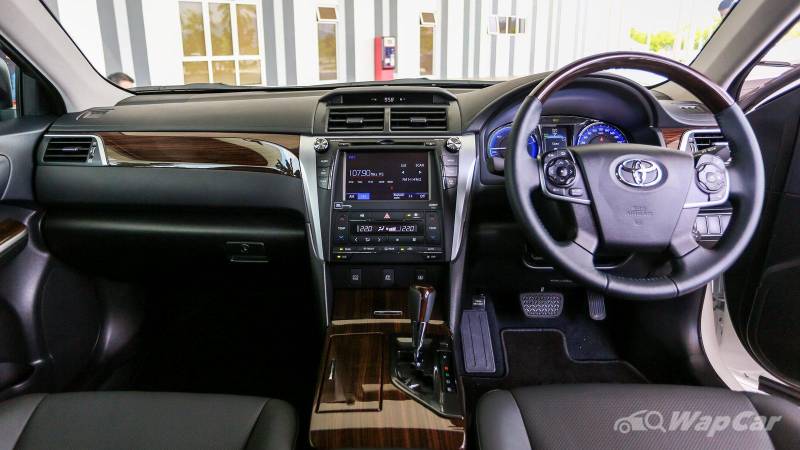 In late-2016, the Camry Hybrid was split into two variants – Premium and Luxury. The former is cheaper by RM 10,000 but loses wireless smartphone charger, Nano-e air-conditioning, uses regular 2-DIN audio (but the 7-inch touch screen can still be had as an option), 16-inch wheels instead of 17-inch. 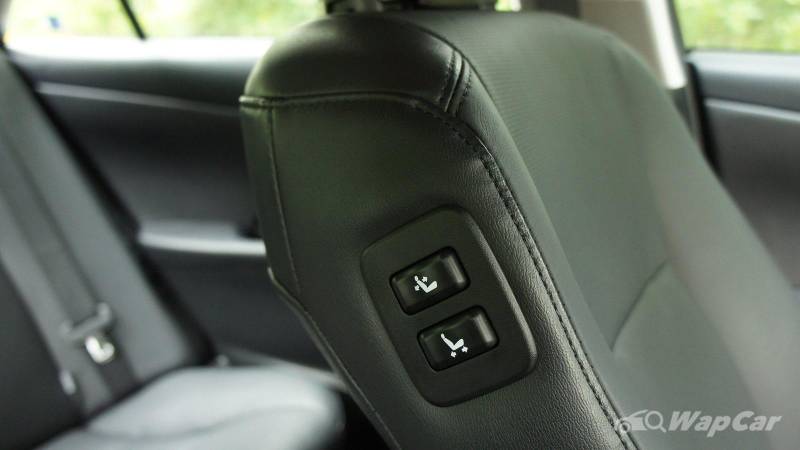 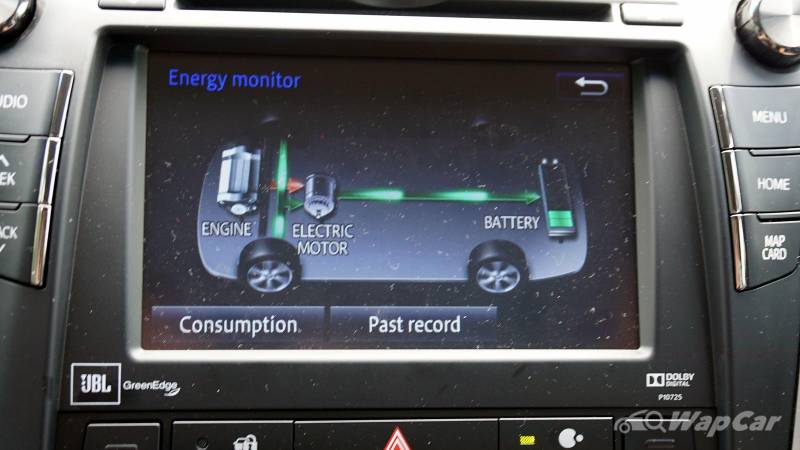 Wouldn’t you buy this over a new Toyota Vios (or Honda City)? Sure, being a used car, it needs a bit more homework to weed out cars that had been in a flood, bad wreck, or even cars whose odometers have been tampered. 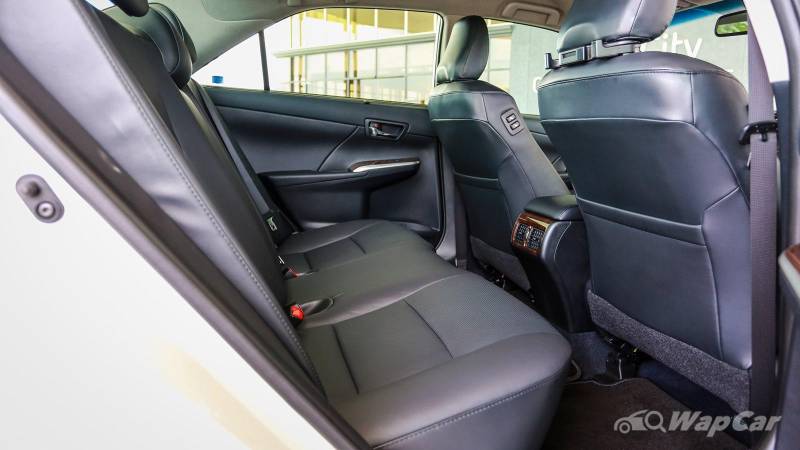 Like any used car, its value will depreciate over time but not its maintenance. So although a 5-year old Toyota Camry Hybrid only costs as much as a new Toyota Vios, it’s still a large D-segment sedan and will certainly cost more to maintain than a simple B-segment sedan like the Vios.

For starters, the 2.5-litre engine needs 5-litre of engine oil. The 17-inch tyres (or 16-inch for the Premium variant) also costs more, as is its road tax.

If you are upgrading from a Myvi, calculate your budget accordingly. If it doesn’t add up, then perhaps the smaller, simpler Toyota Vios (or Honda City) is a more sensible choice for you.

What are the common problems? How much to fix?

The biggest problem for the Camry Hybrid has nothing to do with the hybrid system, but the steering rack.

Steering rack rattle is a very common problem among Toyota models that use electric power steering rack, especially on larger, heavier models like the Camry. However, many Camry Hybrids on sale today are still too new to face this problem yet but it will come, usually at around 10 years, or 100,000 km to 130,000 km, depending on road conditions it’s mostly driven on.

Fixing one will cost about RM 3k, but independent workshops can replace it for less.

The hybrid battery itself is pretty reliable but it too has a service life, which is around 10 years but unlike mechanical parts, a battery’s service life is calculated based on its charge/discharge cycle, not distance travelled.

So driving habits and driving conditions matter and that is why you can have Prius owners reporting that they covered over 200,000 km on the original battery while others can barely reach 100,000 km.

Gentle acceleration and braking makes for less intense charge/discharge cycle, and smokers who drive with their windows down also add more stress to battery cooling. For the latter, there’s an air vent next to the rear seats to pull cool air-conditioned air in so don’t block this, and have the rear cooling fan removed by a qualified technician for cleaning at least once a year.

A new original NiMh battery will cost about RM 8.5k but independent hybrid specialists can refurbish it for RM 6k.

Often times, it is not necessary to change the entire battery pack but only a few cells inside. The actual cost to refurbish it can be a lot lower, depending on how many cells need replacing. 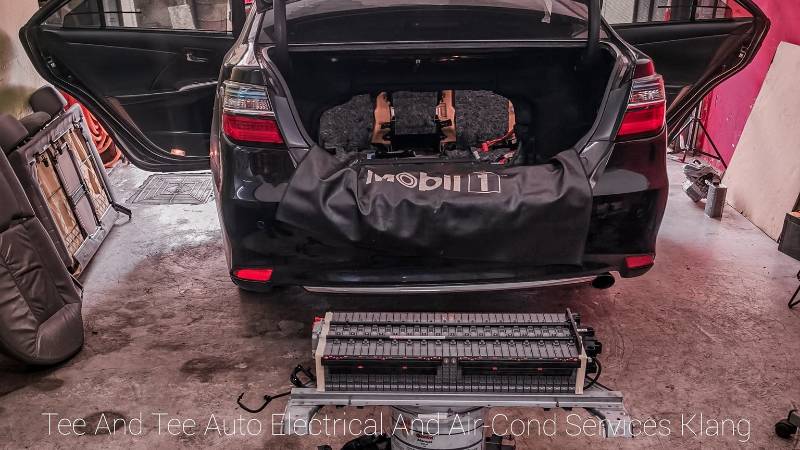 Other times, the problem could be as simple as corrosion on the copper contact points, which can be easily fixed by a technician qualified to work on high voltage batteries.

David Tee of Tee & Tee Auto Electrical And Air-Cond Services Klang Hybrid and BroSam Hybrid Batteries in Ampang are among the many go-to specialists for hybrids.

Other common problem for hybrids are the brake pump and inverter.

Failures are very rare but they do happen. Of the two items above, brake pump is the most common, usually affecting cars that are around 10 years old or 150,000 km (based on experience with Prius).

UMW Toyota’s service centre will charge you about RM 7k for the parts (brake pump plus accumulator). However the hybrid specialists mentioned above have many experience doing the same job at a lower price.

Inverter failures are extremely rare but if it does happen, it will cost about RM 15k. Fortunately, cheaper solutions are available. Specialists can get you a refurbished unit for half the price and if you go to Tee & Tee, the refurbished inverter comes with a 1-year warranty.

But as mentioned above, failures are quite rare and the Camry Hybrid is also used as a taxi in many cities, due to its reliability and low running cost.

At point of publishing, Carsome.my has only one unit of a 2015 Camry Hybrid for sale, priced at RM 81,700, before RM 7,100 worth of October Best discounts. Carsome’s prices are as what it appears, no hidden charges, with a 5-day money back guarantee and 1-year warranty. The only other payment you need is insurance, which differs from one buyer to another.

Finding a later year model unit is a bit harder as the model is still relatively new and being a reliable Toyota, most owners see little reason to sell it this soon.

Like any used car, be wary of cars with tampered odometers. Getting the full service record is a must but few used car dealers will want do that, because it would show the car’s original mileage, so buying directly from a private seller has its plus points.

Some used car dealers will dial back back the car’s odometer before sending it into an authorized service centre so don’t be fooled just because the car had its most recent service receipt attached. Always insist on having the full service record. Keyword here being full, meaning since the vehicle’s first service.

Also read: Owner Review: The Go-to Choice of the Family - My Story with the Toyota Camry