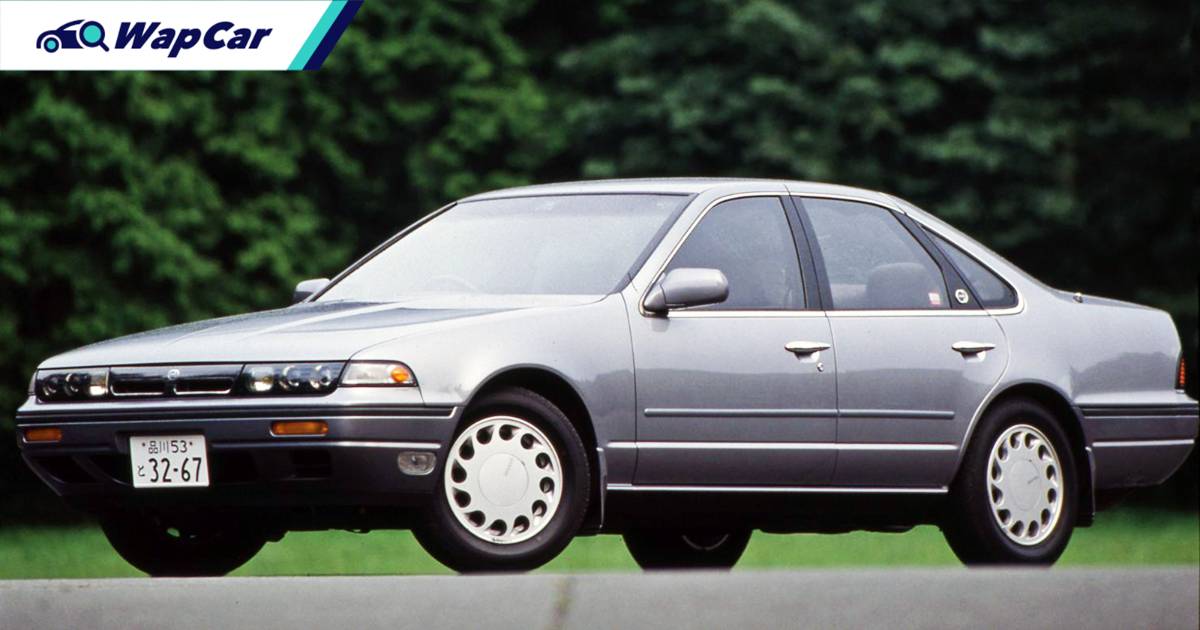 Before the Nissan Cefiro grew into the quintessential ‘Unclemobile’, it was initially a state-of-the-art flagship sedan with rear-wheel-drive. The latter, combined with the turbocharged 2.0-litre RB20DET 6-cylinder made the Cefiro A31 a favourite among tuners and drifters later on.

Hard to believe though that the following gained by the A31 would only be recognised later on as the model was considered a sales flop. Reviewers loved the A31 and it was equipped with features that were pretty advanced at the time. 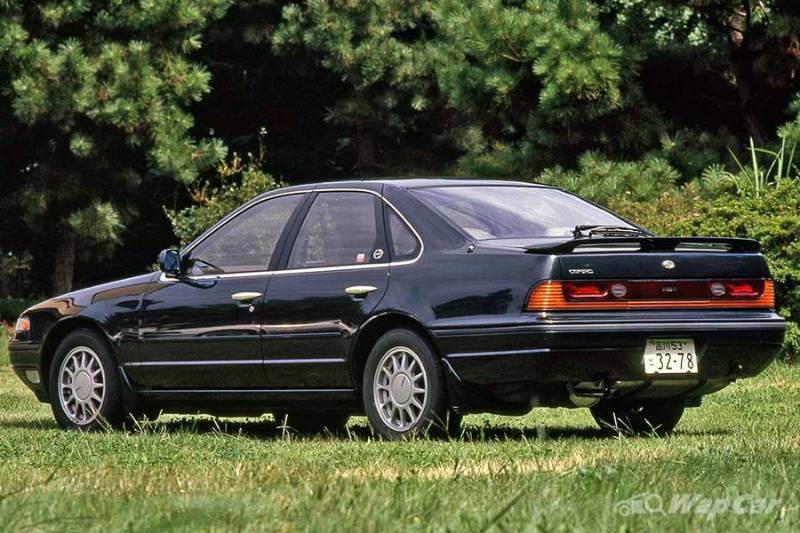 Though it was considered as a Mercedes-Benz S-Class of the East with its state-of-the-art features, Nissan would revamp the Cefiro to a more comfort-oriented model. It would ditch rear-wheel-drive for a more conventional front-wheel-drive as well as replacing the RB-series inline-6 engines for the VQ-series V6.

Its transformation from a sedan of the future to a boring ‘Unclemobile’ made it among the most backward decisions ever made for a successor. As much as fans despise the A32, it became more successful in many markets including Malaysia. 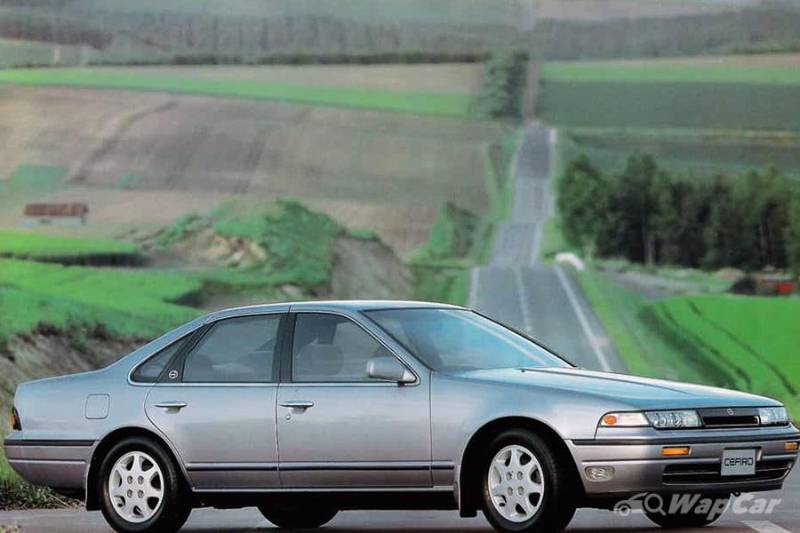 But let’s not get too bogged down with the A32’s flaws of being a poor successor to the A31 (in the eyes of enthusiasts), here are 6 reasons on what gave the A31 its cult status many years later.

1. Its design was previewed in an overshadowed concept 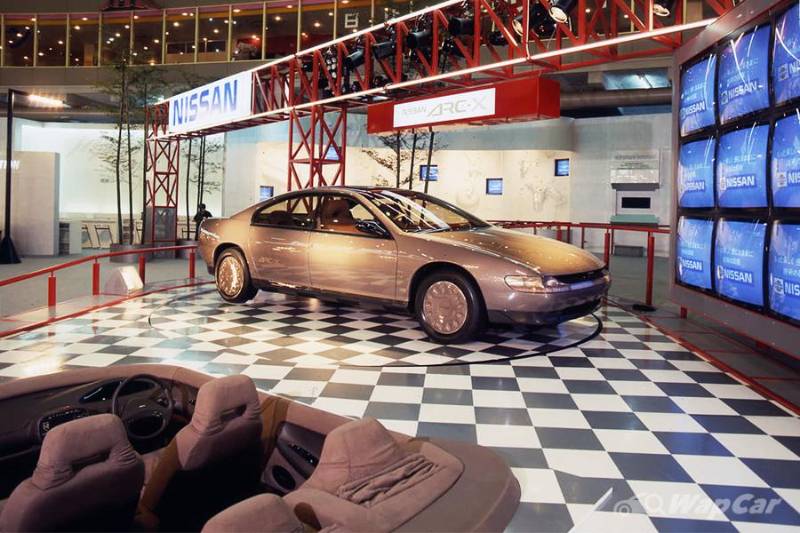 At the 1987 Tokyo Motor Show, Nissan introduced a few very exciting and interesting concept cars including the adorable Pike cars as well as the MID4-II sports car. Also unveiled at the stand was a smooth pebble-shaped sedan. 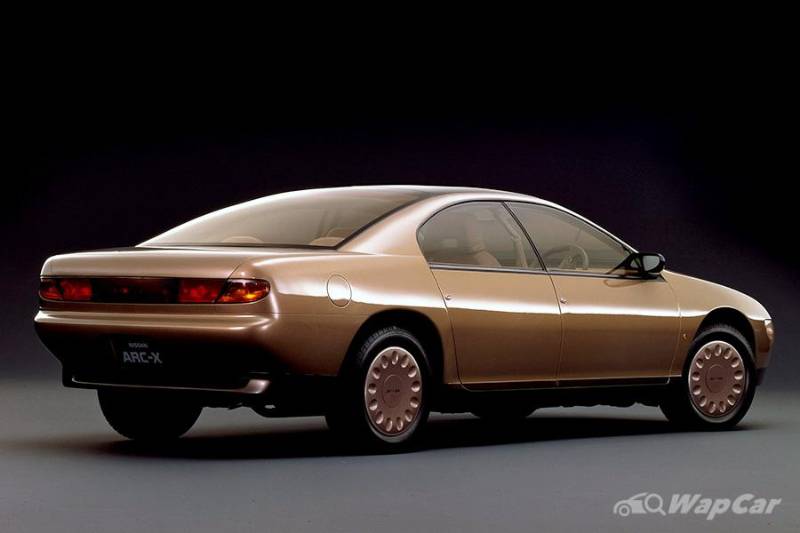 The ARC-X Concept previewed two models at once, the upcoming Cefiro in design as well as the Infiniti luxury brand. Shigeru Miki’s design showcased a very minimalist and clean design that made it as futuristic 30 years ago as well as today.

The concept car had a drag coefficient of 0.26 and was powered by a 3.0-litre VG30DE V6 engine which made 190 PS. Just like the stillborn MID-4, the ARC-X came with all-wheel-drive and featured four-wheel-steering. 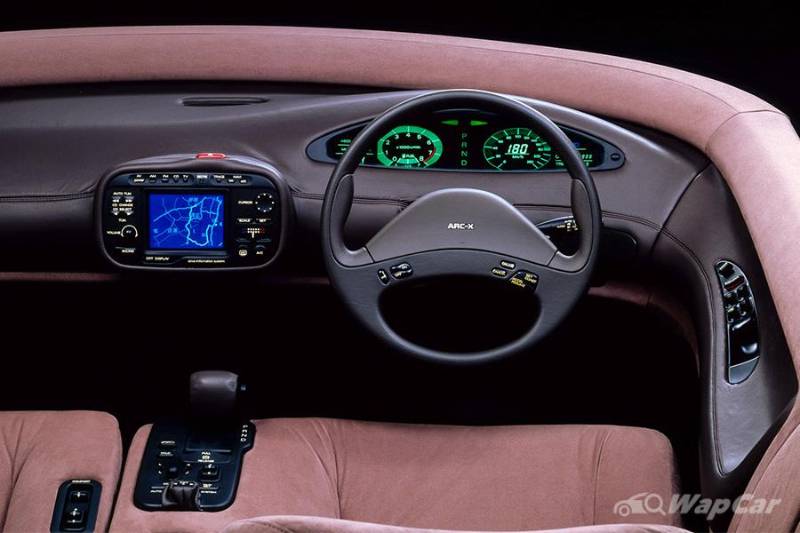 Inside, the ARC-X held four individual bucket seats and a very simple dashboard design that would later resemble many Nissan cars in the nineties. The gear shift and controls were located between the two front seats which meant the floor was pretty much sparse. 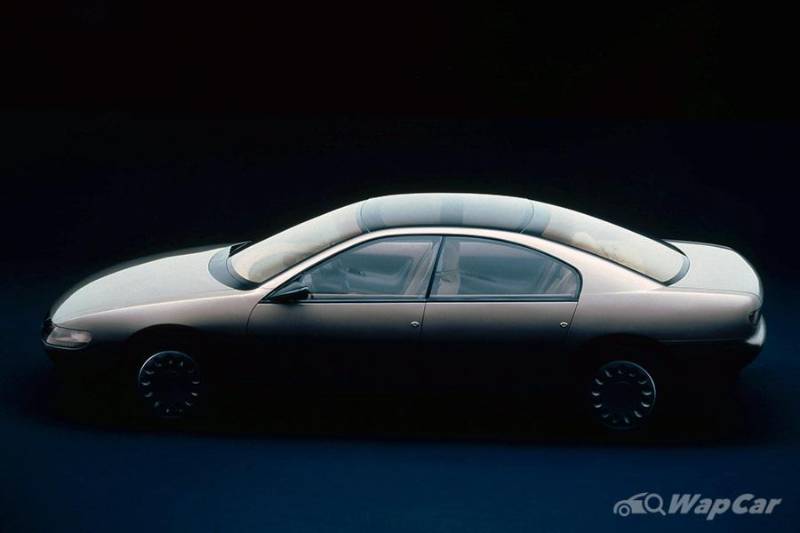 The ARC-X would go on to win a few design awards such as the Car Design award in 1987 and the World’s Best Concept Car award in 1988, the same year the Cefiro A31 would make its debut.

2. It was sold in a separate Nissan dealer in Japan

In the 1980s and 1990s, it was normal for carmakers in Japan to have different dealership networks. Though it might sound confusing for some, the reason for this proliferation of dealers was to cater to the different target buyers of a growing Japanese economy. 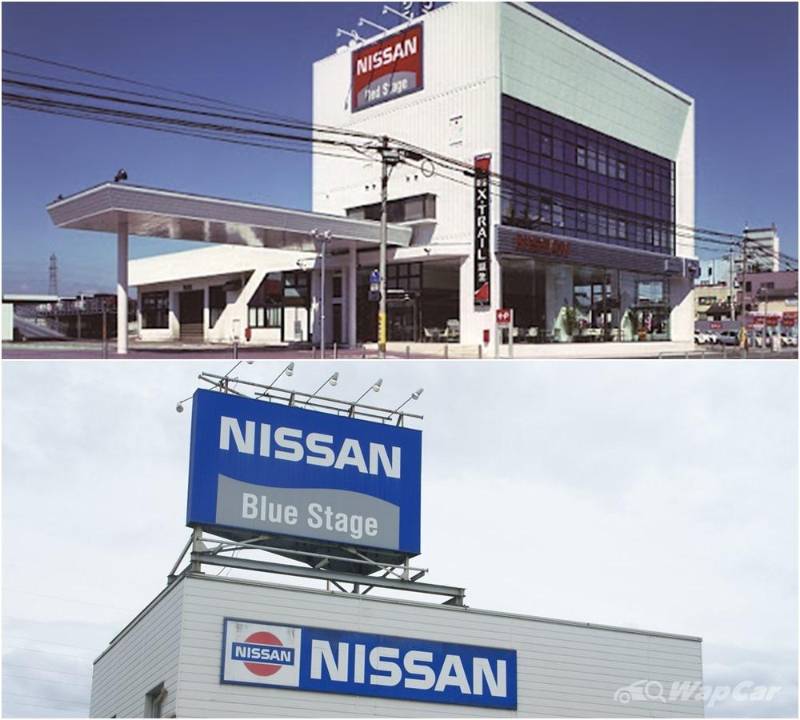 At the time, Nissan had four dealership networks: Nissan Prince, Nissan Motor, Nissan Bluebird, and Nissan Satio. Each of these dealers catered to different buyers but it ended up being too confusing for buyers, Nissan would later streamline the four distinct dealerships to two called Nissan Blue Stage and Nissan Red Stage in 1999.

But before that, each of the dealer networks had its own flagship model on sale. The Nissan Skyline was sold at Prince dealers, the Laurel at Nissan Motor dealers, and the Leopard at Nissan Bluebird stores. That left Nissan Satio dealers to offer the Cefiro A31.

Though it shared some mechanicals as the Skyline, it is actually longer and its dimensions were close to the Nissan Cedric and Gloria luxury sedans. As such, it received the A31 code – the A30 model code was previously used on the third-gen Nissan Gloria that was built between 1967 and 1971.

The A31 was launched at the height of the Japanese Bubble Era when the country had among the highest spending power in the world. Nissan pulled out all the stops during the A31’s launch including featuring Yosui Inoue, who’s one of Japan’s most successful singers to be the car’s spokesperson. 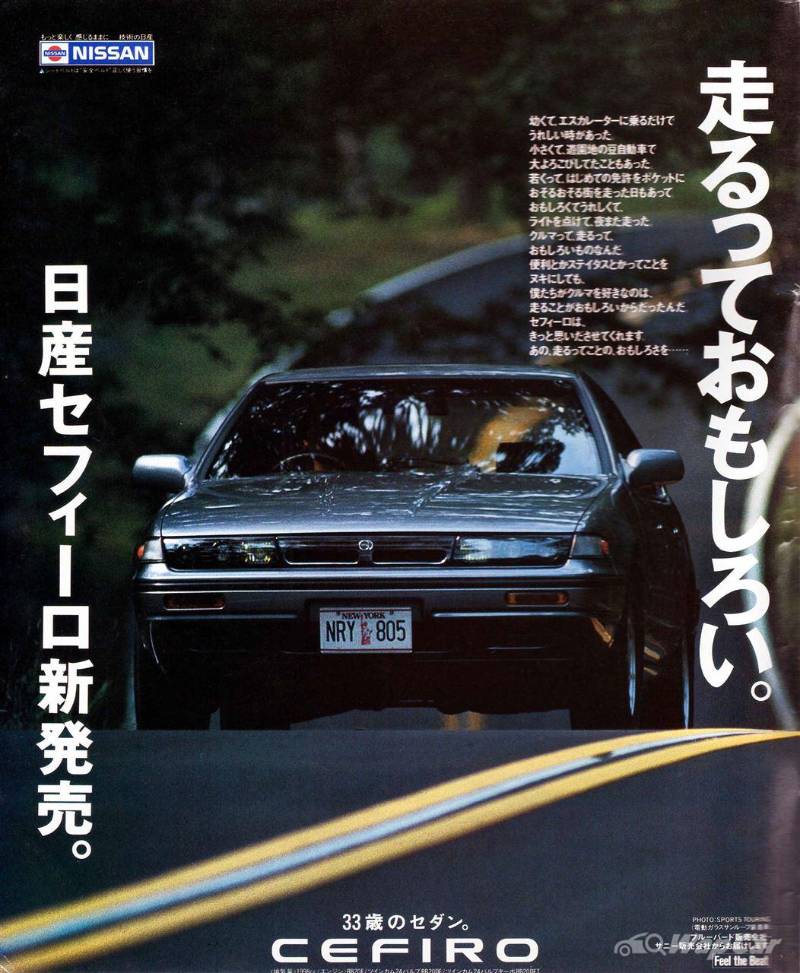 Nissan were targeting a specific group of individuals for the A31, called DINKs. This stood for “double or dual income, no kids” and the term was coined in the eighties to reflect the upward status of yuppies back then. 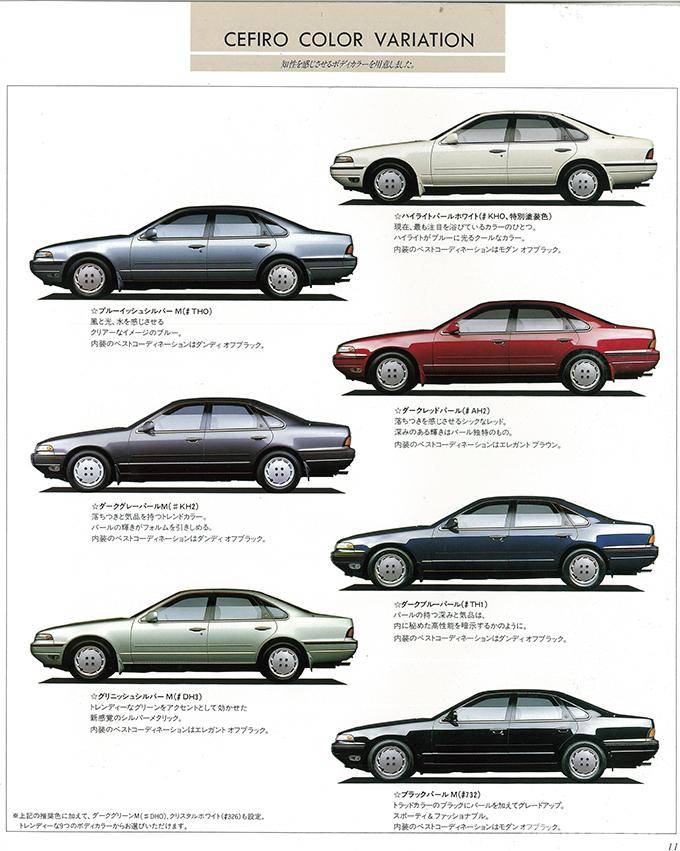 As this period also saw the rise of individuality and being unique, Nissan introduced a customised order system called “Cefiro Coordination”. Buyers could select their choice of engines, transmissions, interior and exterior colours as well as upholstery of their A31 with up to 810 unique combinations. 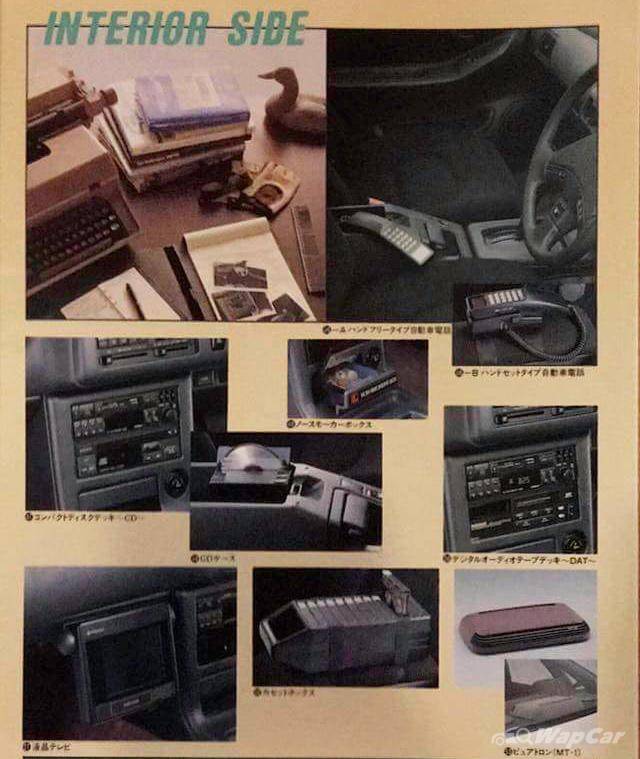 There were also some optional extras that buyers can add to their A31 including chrome door handles, a roof rack, a CD player, and a TV.

4. It had supersonic suspension 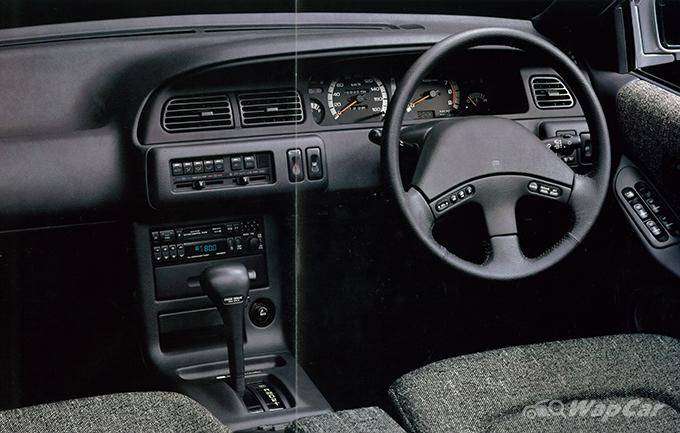 When it was new, the A31 was more expensive than the Skyline but it was also more technologically advanced. Some features that were available on the A31 included automatic projector-beam headlights, auto-dimming rear-view mirror, and electric seats. 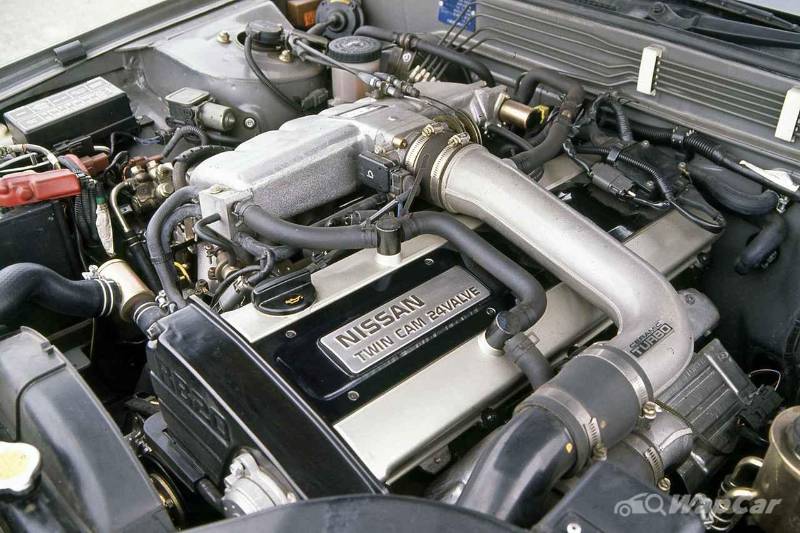 Besides the features, the A31 shares the same powertrain as the Skyline which included the 2.0-litre RB-series of inline-6 engines. A naturally-aspirated 2.5-litre inline-6 engine was also offered but the most desirable was the turbocharged RB20DET which made 205 PS and 265 Nm. 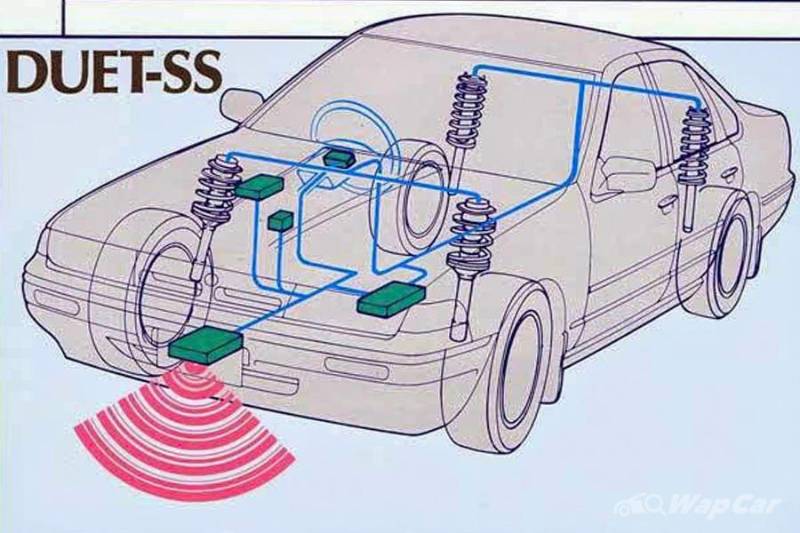 Even though the A31 was meant to be a sports sedan, it had another role that actually overshadowed the powerplant. Buyers can choose between the HICAS-II four-wheel steering system or the electronically-controlled DUET-SS which stood for Supersonic Suspension System.

The HICAS-II system was catered to buyers who prefer a sporty set-up while the DUET-SS system was for those who preferred comfort. The latter adjusts the car’s front strut and rear multi-link configured suspension to match the underlying road surface, so occupants won’t feel the harshest of road surfaces.

5. It was sold as the Laurel in LHD markets 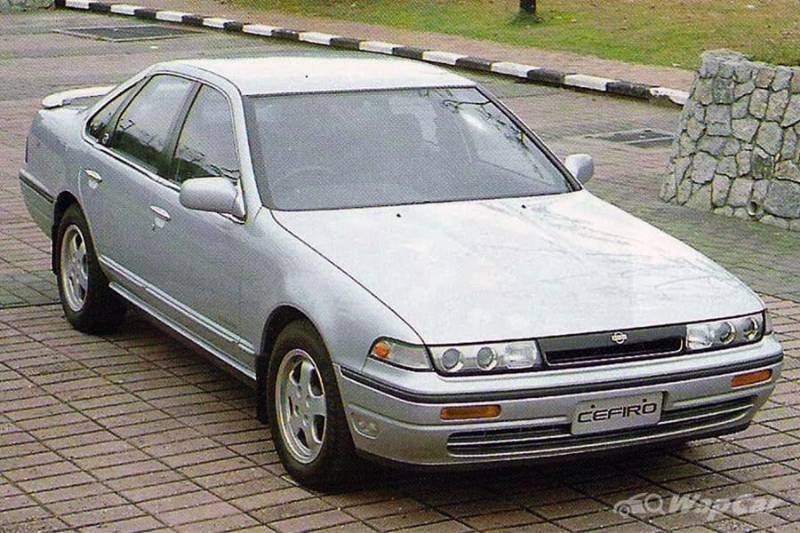 The A31 was sold in overseas markets in Southeast Asia and Oceania. In Malaysia, the A31 Cefiro was only available with a naturally-aspirated 2.0-litre RB20DE (152 PS/181 Nm) that was paired to a 5-speed automatic transmission.

While these markets retained the Cefiro name, in left-hand drive (LHD) markets like Turkey, Latin America, and the Middle East, it was called the Nissan Laurel Altima. Two engines were offered for these markets, a 2.0-litre CA20S inline-four unit (102 PS/160 Nm) and a 2.4-litre RB24S inline-six engine (141 PS/197 Nm). Both engines were carburetted instead of fuel-injected.

However, the A31 ended being not so much of a success. Sales were poor in Japan as the DINKs turned out to not appreciate the futuristic-looking sedan. An Autech version of the A31 was introduced in January 1990 and later in August of that year, a facelift was introduced with a softer look. 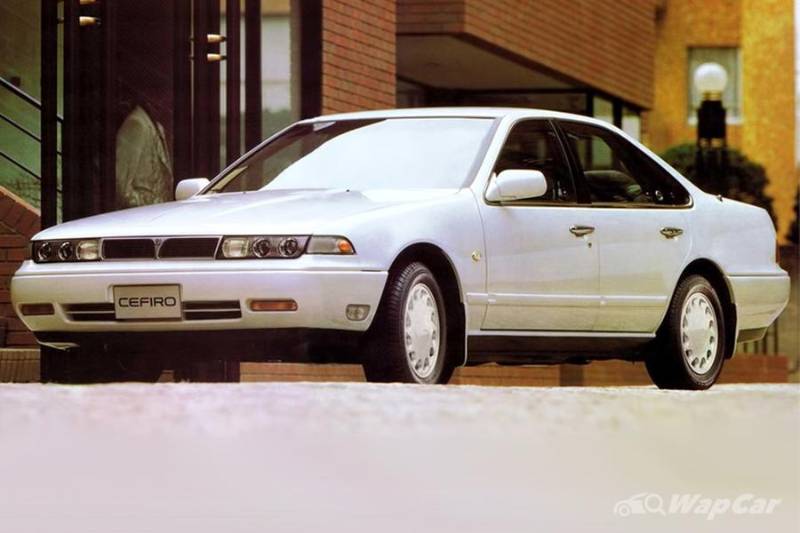 Overseas, the A31 performed better in sales but the model remains a bit of a rarity in both domestic and global markets. Sales ended in Japan in 1994 with 141,278 units sold in 6 years. Finding a clean one is relatively hard as most of them were used in drift competitions as a cheaper alternative to the Skyline.

6. You can get a miniaturised version of the A31

Though the A31 Cefiro led a fairly short life, it continues to be a desirable car or project for tuners. If you can find one, that is. 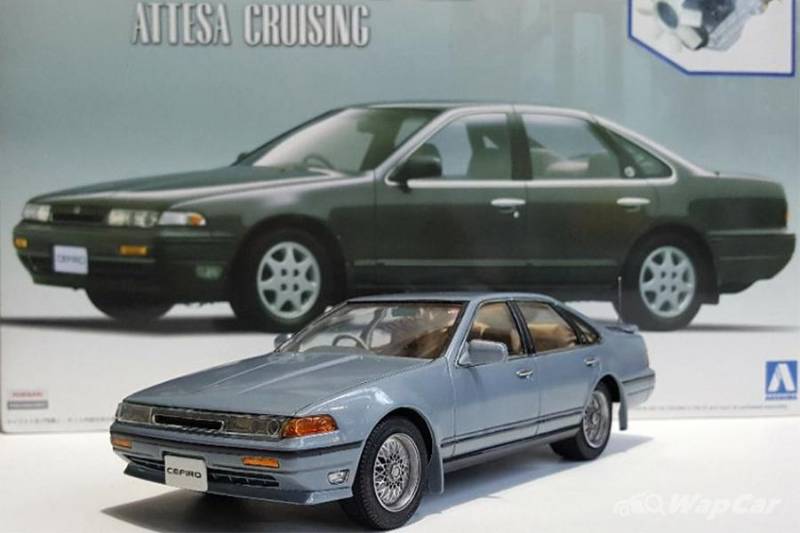 But if you can’t afford the real thing, there are miniaturised versions of the A31 which you can get online. The most notable one is the 1/24 scale plastic model kits made by Aoshima but granted, these are for hardcore hobbyists as they require some assembly.

If you find assembling model kits to be too tedious, there are some ready-made scale model A31s available too but these are pretty expensive and rare. The closest to an affordable A31 that you can hold in your hand is by Majorette, the French Hot Wheels.

It’s not as detailed, but for RM 15, it is decent enough. That is if you can find one for that much as it is scalped by cutthroat resellers who demand 2 or 3 times the regular price.

Alternatively, you could wait for the international borders to reopen and get one in Japan for the regular price (after conversion) but fair warning, you might be tempted to get more than what you came for. 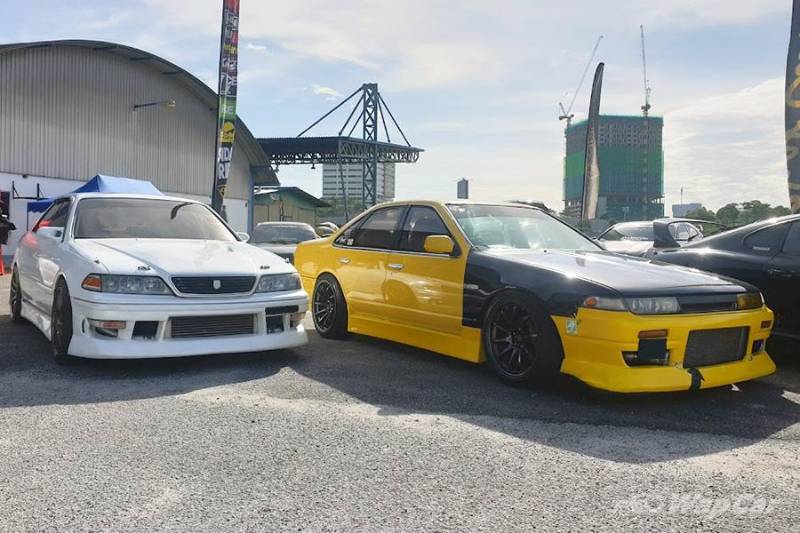 So, those are six reasons why the A31 is a cult classic. It was underappreciated and ignored by the target demographic who would prefer the Cefiro’s rival, the Toyota Mark II/Chaser. It saw a bit of renaissance among tuners and drifters and eventually, wiped out. Nevertheless, the A31 is a beauty and one that still has fans today.