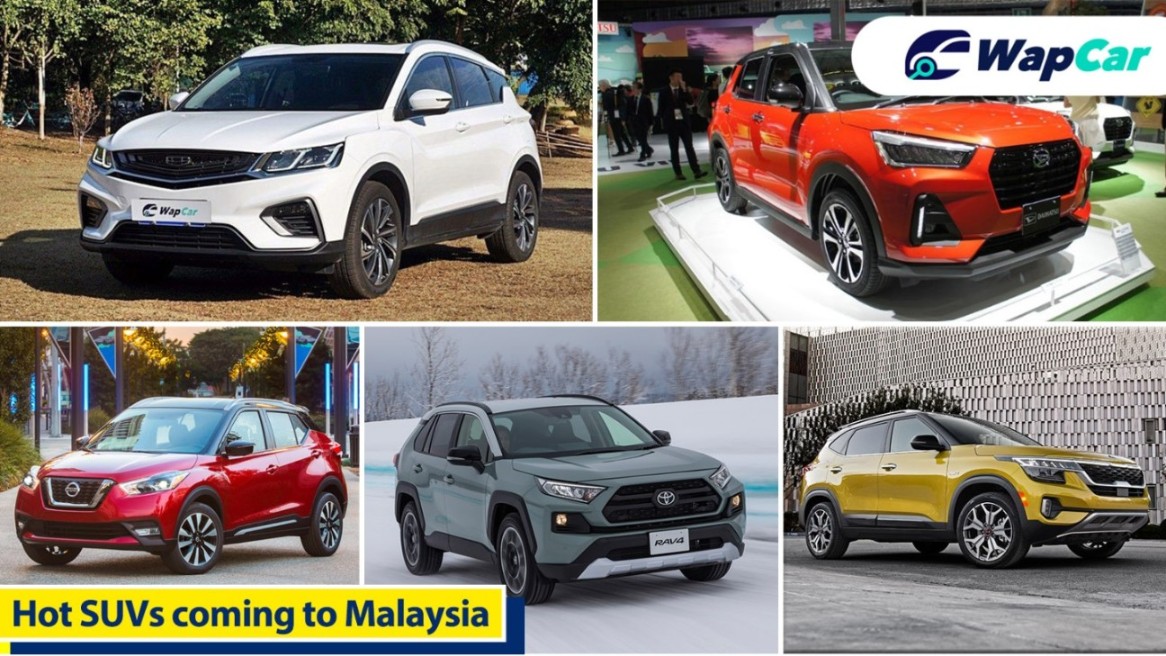 With the SUV trend on a full moon, many car manufacturer plans to bring in the latest model to our market, hoping to take some slice of the irresistible cake that is the SUV market. Malaysian will be spoilt for choice now, as there is a variety of SUVs in various sizes and flavors to suit your liking.

Here at Wapcar, we present to you a slew of upcoming offerings in 2020 and 2021. Hold your wallet close. 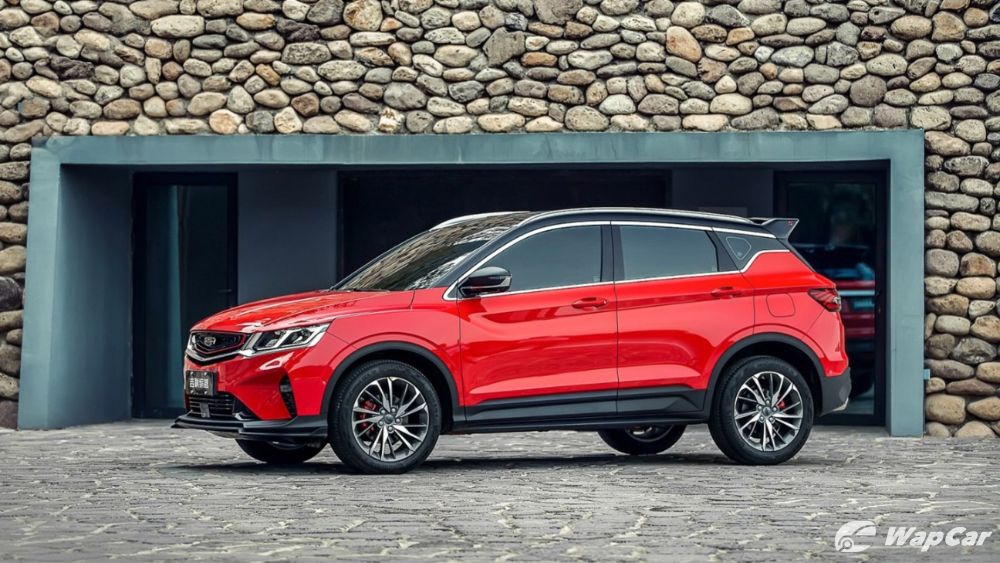 Without a doubt, the Proton X50 is literally the hottest and highly anticipated model for the year 2020. After a sensational debut with the Proton X70, Proton now craves for more than just a slice of cake; they want major domination. 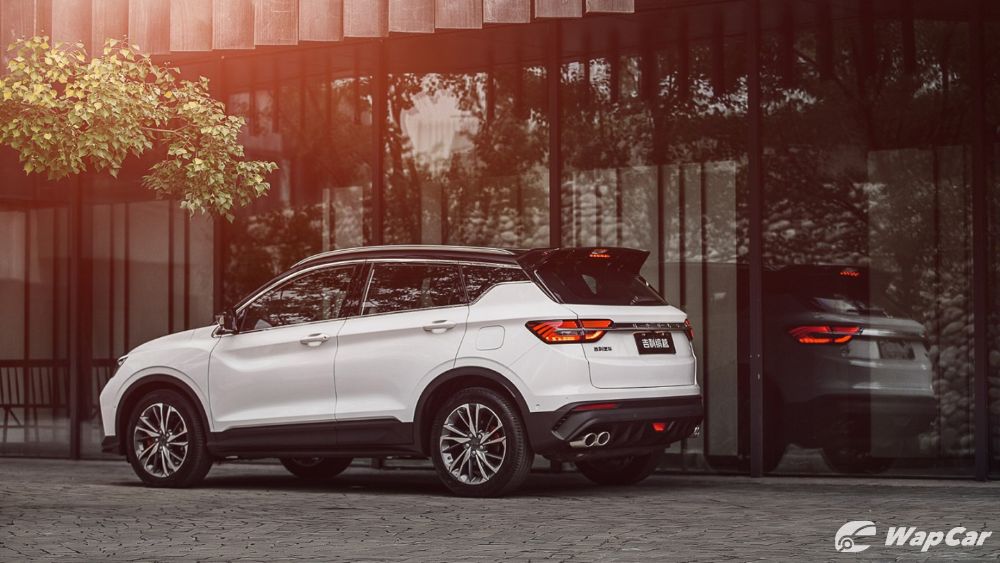 B-segment SUV has been dominated for years by the Honda HR-V, and the competition around simply can’t touch HR-V’s attractive packaging and practicality, added with a strong brand image that it conjures. 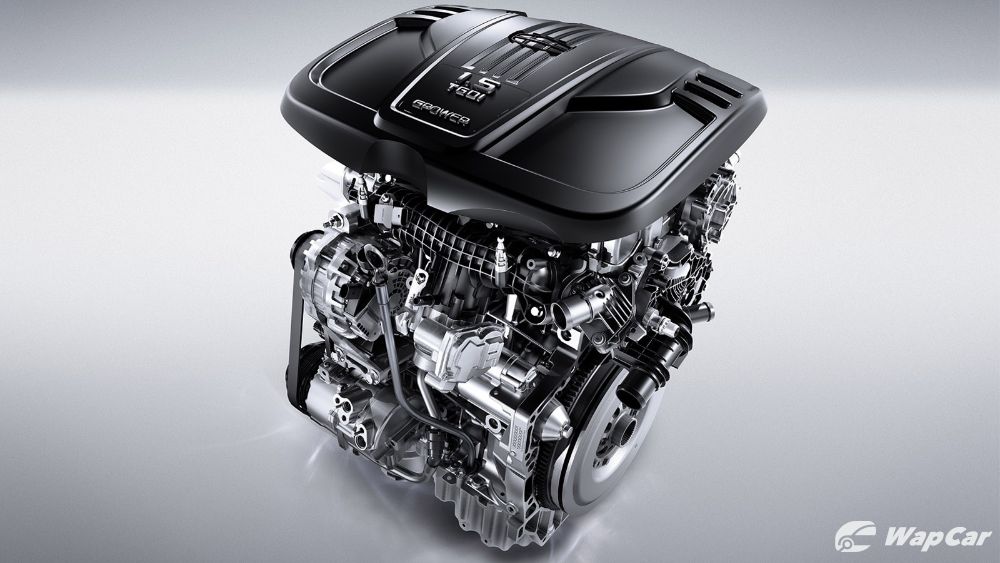 The Geely Binyue-based Proton X50 is powered by a 1.5-litre 3-cylinder turbocharged engine producing 177 PS and 255 Nm of torque, mated to 7-speed dual-clutch transmission developed by both Geely and Volvo, wrapped around in a sleek and premium looking design. 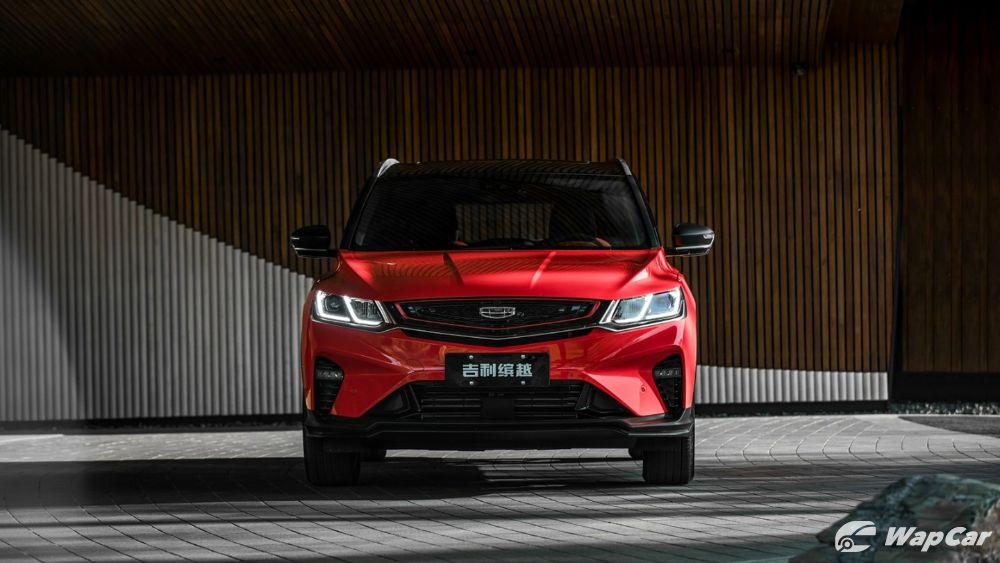 Expect the price to be around RM 85,000 to RM 100,000, a price that will affect sales of a certain famous non-national B-segment sedan market. Unfortunately, the launch has been delayed to the later part of 2020, but when the time comes, it will certainly dominate. 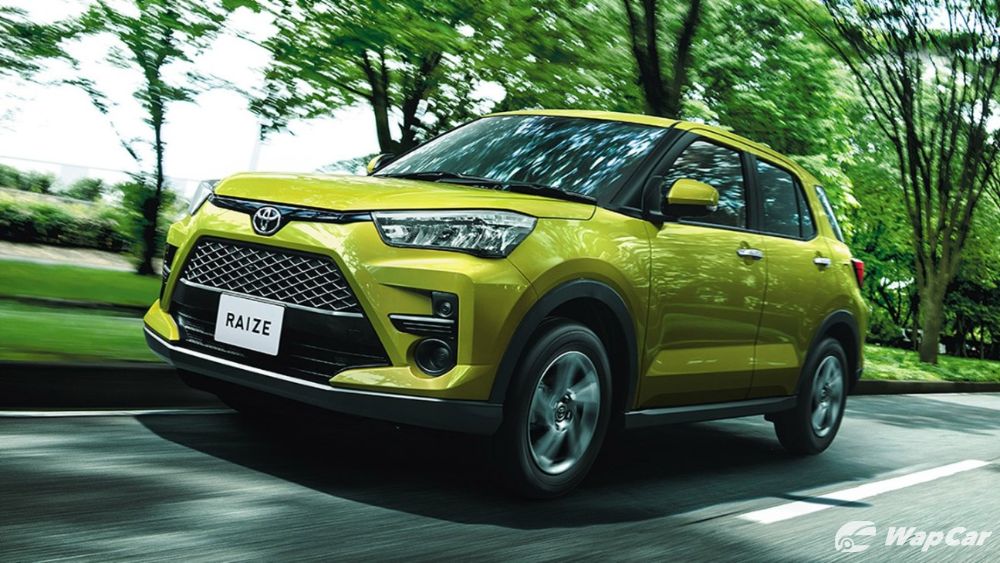 Perodua always had plans to launch a worthy successor to the successful Perodua Kembara, but it would not be until the year 2008 where they launched a small crossover named Perodua Nautica, based on Daihatsu Terios/BeGo.

Unlike the Kembara however, the Nautica is a sales flop, thanks to the dropping SUV market and a price that would make you think thrice: RM 89,900. This is due to the fact that the Nautica is fully-imported from Japan, and the Ministry of Finance (MoF) does not give any waiver or even reduction on import duties, so it is taxed just like any model from Japan. 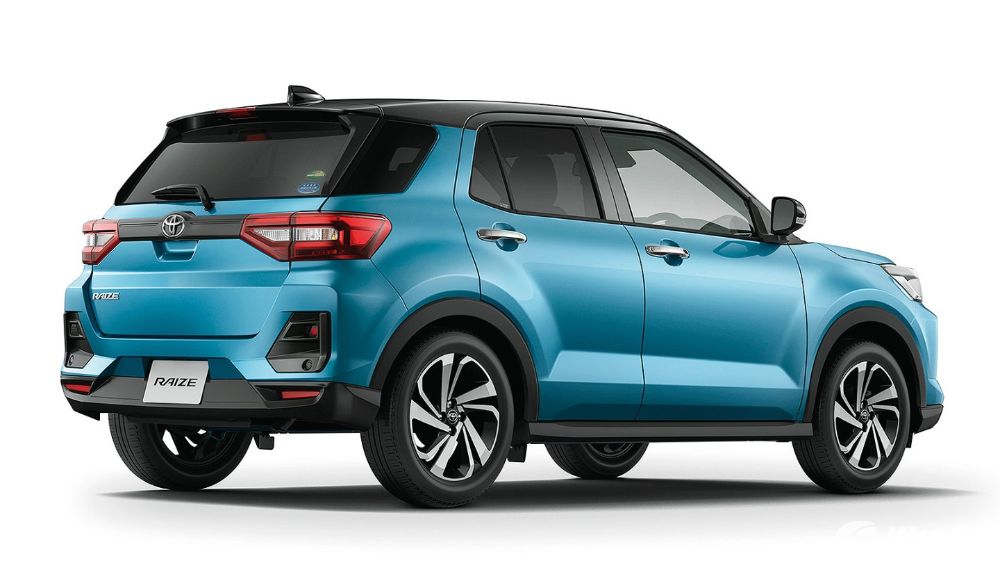 Fast forward to the present time, the SUV market is trending again globally, and coincidentally Toyota launched a small crossover called Toyota Raize last November, alongside its identical Daihatsu twin, the Daihatsu Rocky. Unsurprisingly, this led to speculation on whether this will be Perodua's next offering as they had tremendous success in the late 90s with the Perodua Kembara. 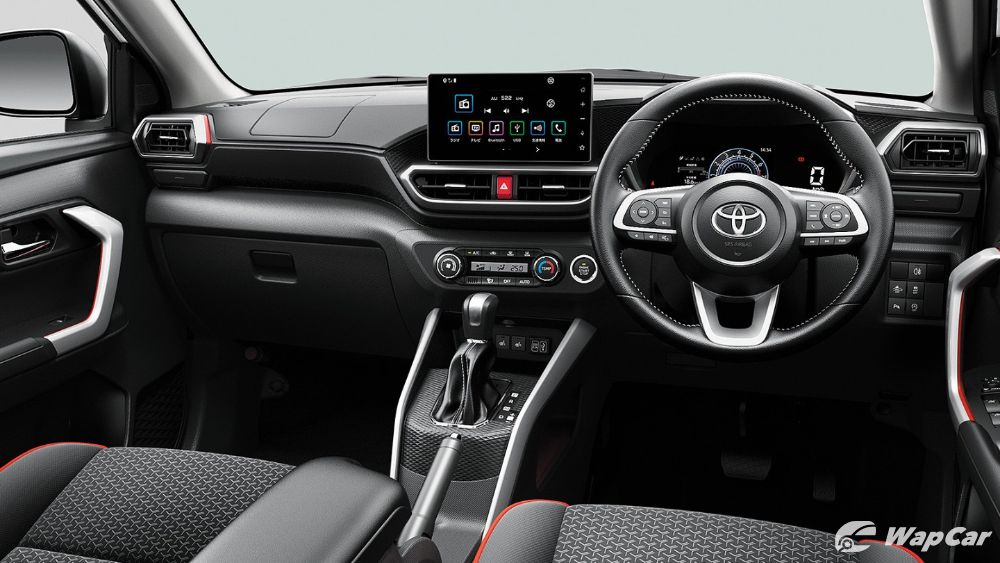 Early this year, Perodua has hinted that they will be launching another SUV in 2020 to compliment the Perodua Aruz, and all the sign points to the Toyota Raize/Daihatsu Rocky 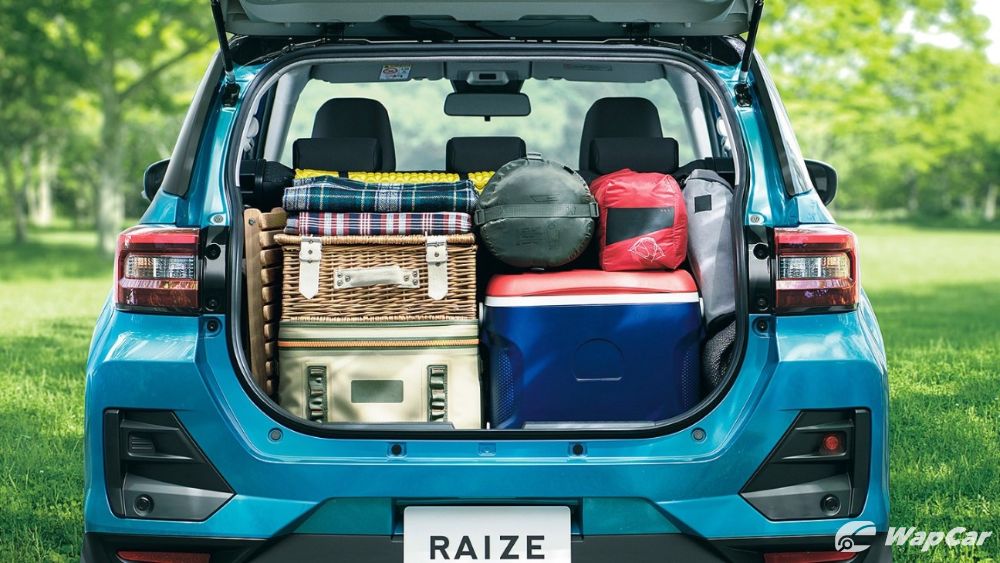 We can’t quite call it a Kembara yet, so we would have to refer to its internal codename, the D55L. Build on Toyota’s New Global Architecture (TNGA) platform (Daihatsu call their's DNGA, essentially the same platform), they are powered by 1.0-litre turbocharged 3-cylinder engine making 98 PS and 140 Nm of torque, paired to a CVT. At this time, there is no exact confirmation whether this engine and transmission pairing will make it to the D55L. 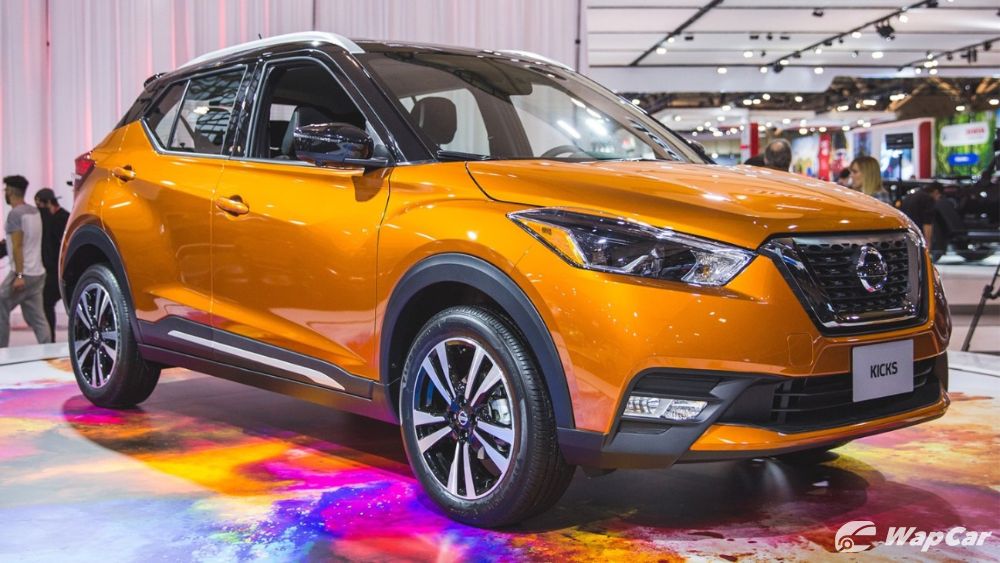 After relying on the Nissan X-Trail for so long, Nissan knew they need to penetrate the smaller SUV market segment if they want to move further in the competition. Recently, a heavily disguised Nissan Kicks e-Power was spotted testing in Thailand. Back in 2018, Nissan did have plans to introduce the Kicks to the Malaysian market, however it couldn't do so unless the e-Power hybrid system is ready here. 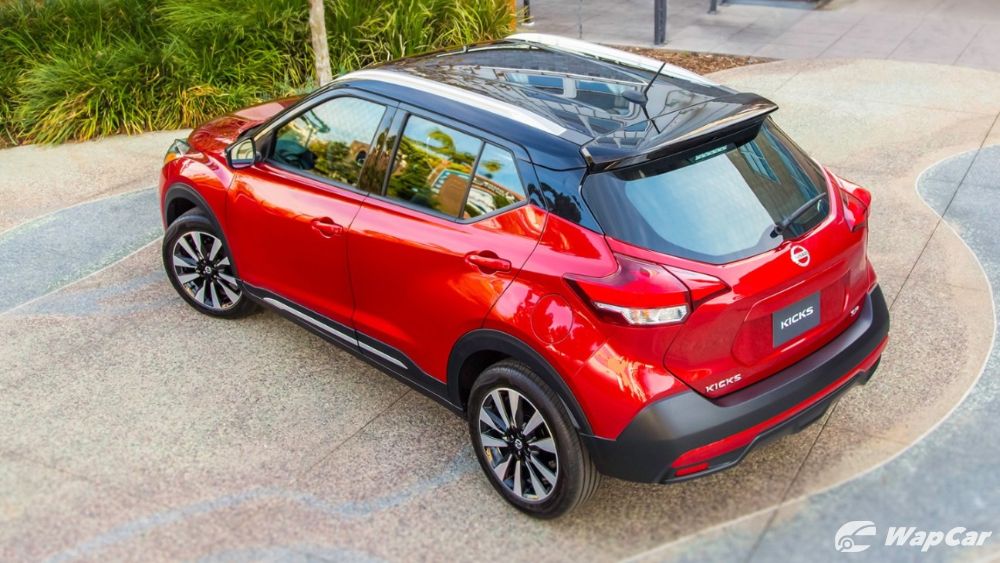 In line with the e-Power technology introduction in Malaysia, it is only fitting that the Nissan Kicks e-Power will make its way here, but the official introduction at Bangkok International Motorshow last March had to be delayed to later part of the year and inadvertently pushed the Kicks introduction to our market in 2021. 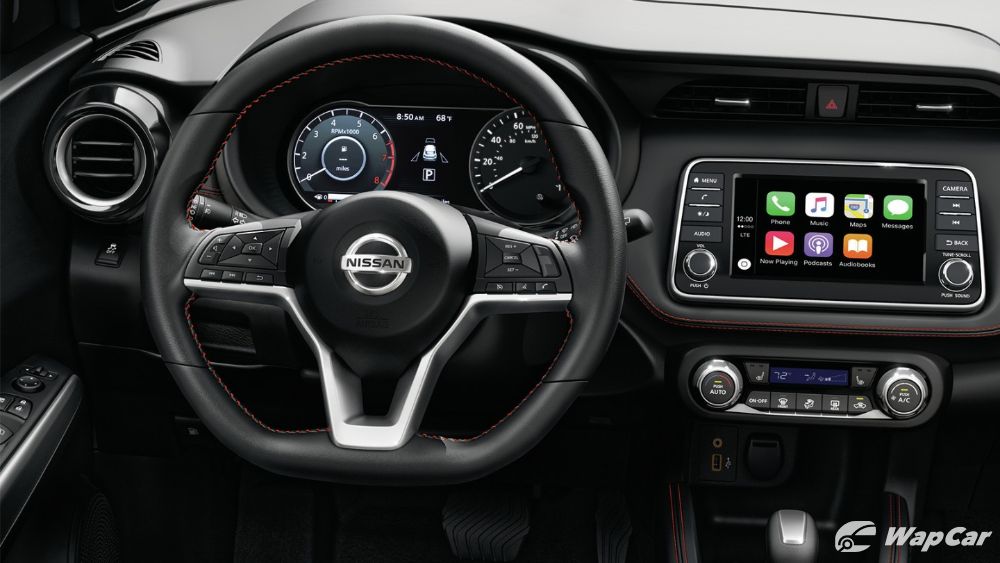 The Nissan Kicks e-Power sports a 1.2-litre HR12DE 3-cylinder petrol engine combined with 1.5 kWh battery with e-Power technology, producing 129 PS and 254 Nm of torque. How e-Power hybrid works is that the petrol engine doesn't drive the wheels like a conventional hybrid, but only to charge the batteries. 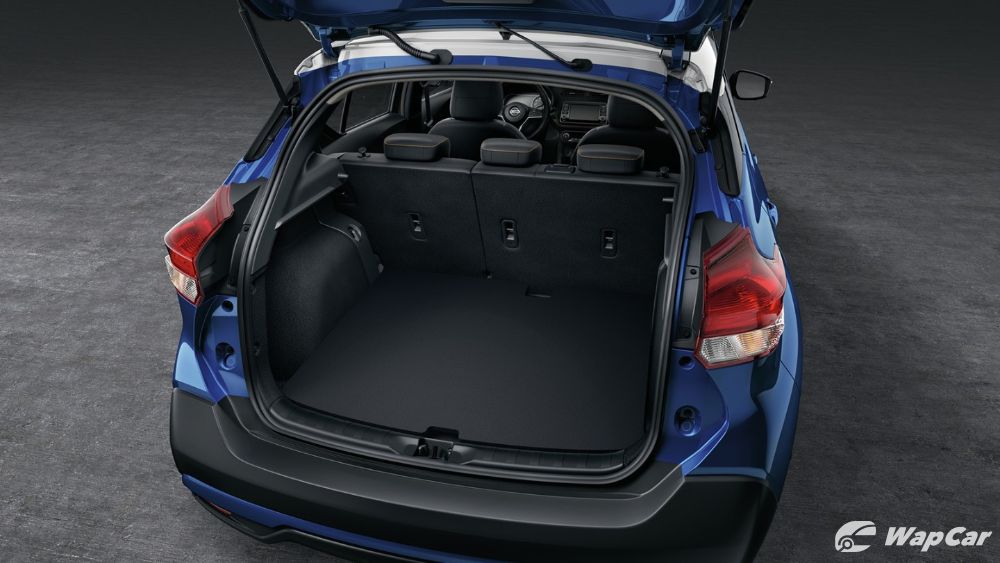 With a massive boot space that can potentially be class-leading and premium-looking interior, it could be a reputable contender to the Honda HR-V and Proton X50. 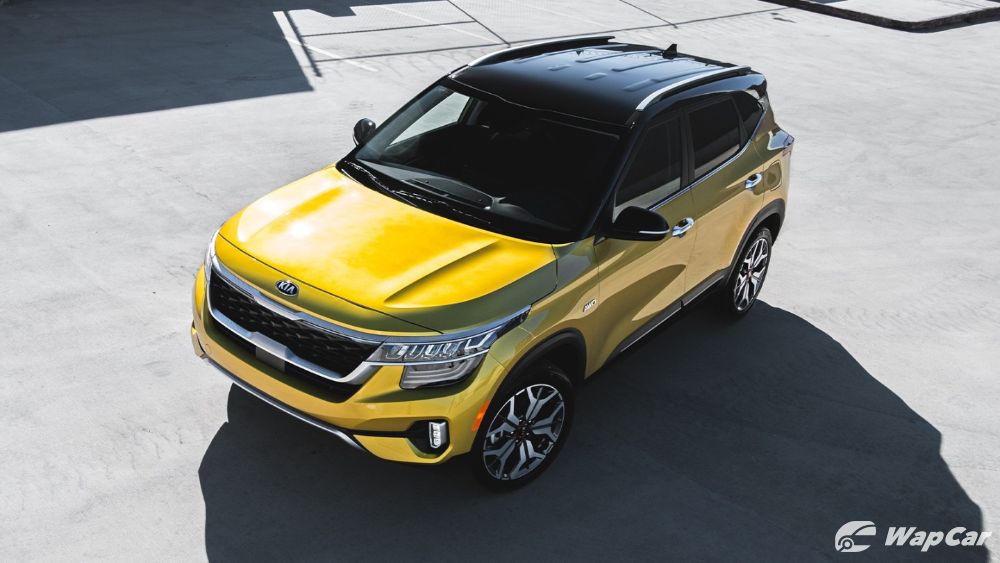 Last October, Kia Malaysia teased us with an image on Instagram and Facebook with what appears to be Kia Seltos. Officially launched in June 2019 in India, the Kia Seltos is a B-segment SUV, competing with the likes of Nissan Kicks, Proton X50, and of course the Honda HR-V. Notice how many B-segment SUV we have mentioned in this article by now? 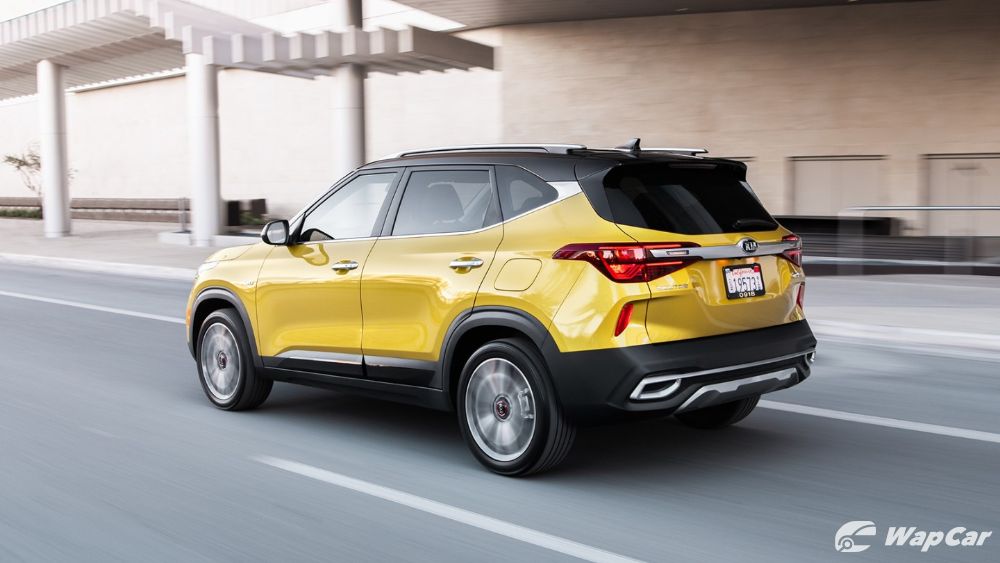 The Seltos’s is adorned with a mixture of angular and sharp design cue, inspired by America’s only Kia Telluride SUV. Design highlights include Kia’s signature ‘tiger-nose’ grille, a distinctive two-tier LED headlight and a lower cluster that houses 3D multi-layer indicators. 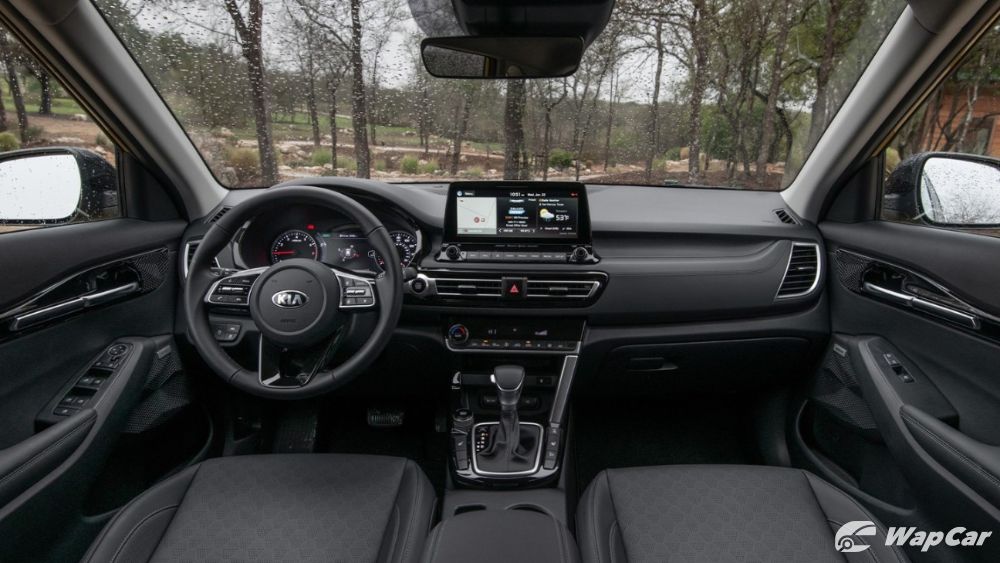 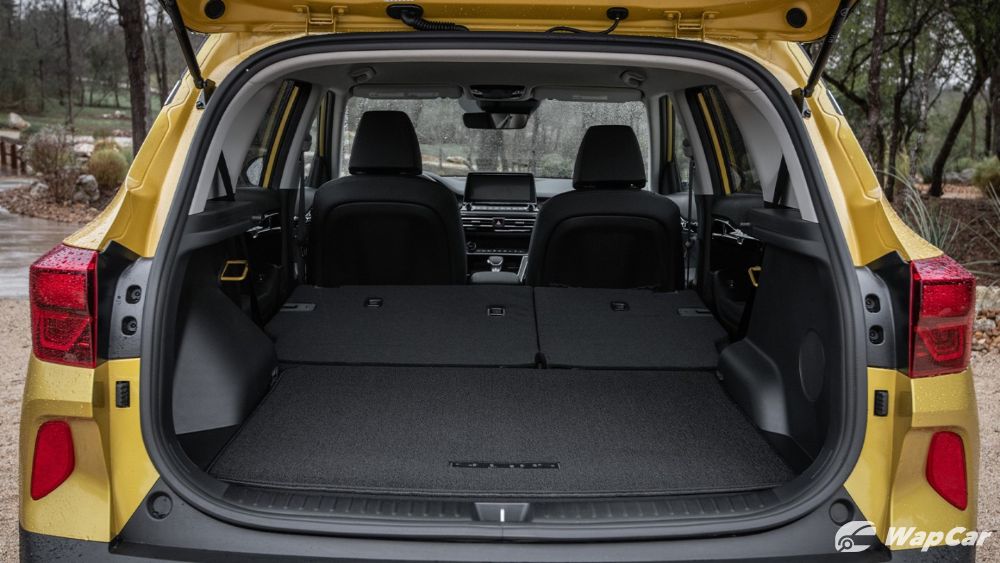 Some Kia dealers said the Seltos would be launched last month, but with Covid-19 pandemic disrupting every other manufacturer plan, it’s safe to say that the launch will be delayed to later part of 2020. 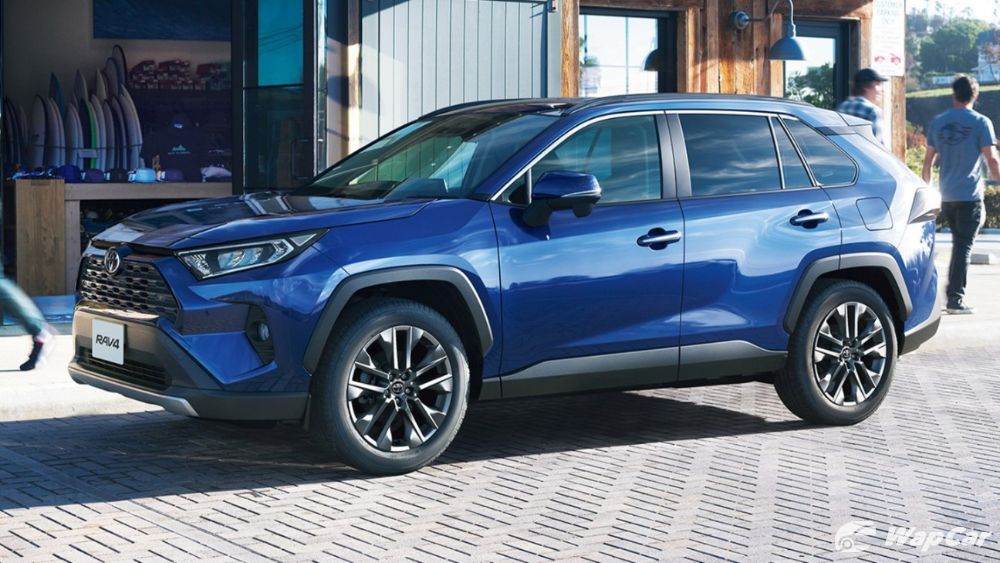 Toyota does not have an SUV that serves as a volume seller in their line-up, and they desperately need one. The new Toyota RAV4 certainly fits the criteria of that, with a new rugged look that is no longer car-like as compared to its predecessor, best-in-class boot space and robust reliability that is commonly associated with Toyota. 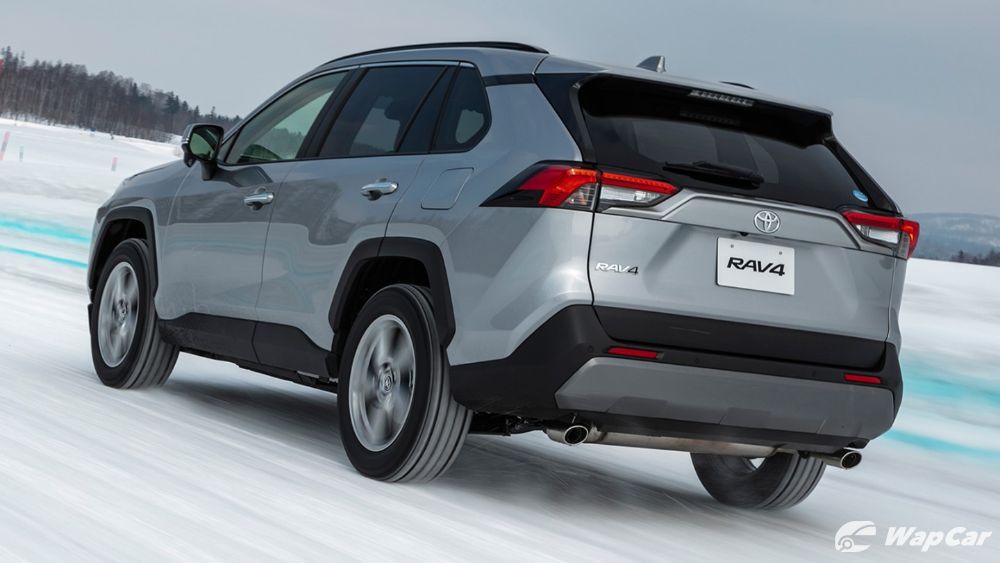 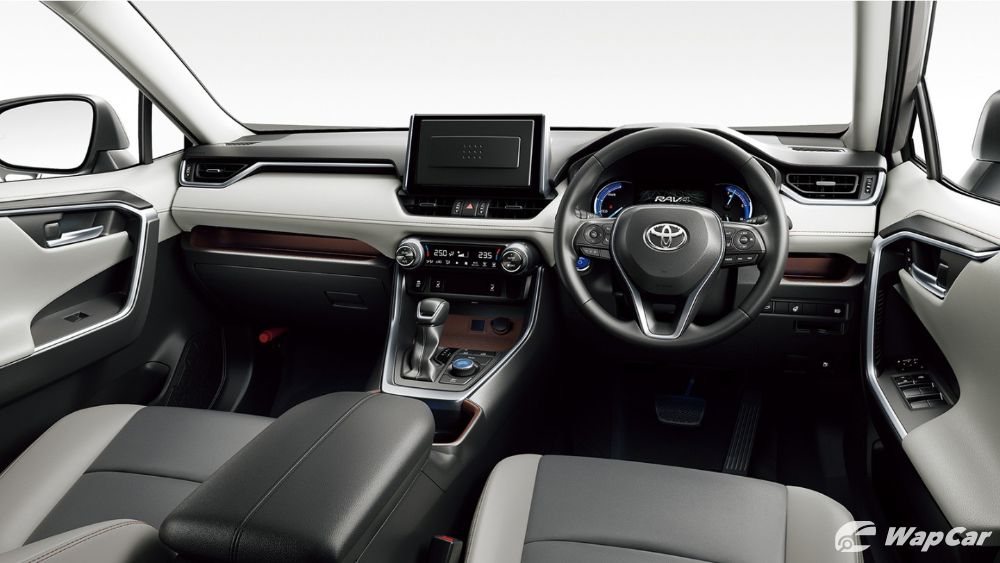 When it comes this year, the only thing that would make the RAV4 a break or bust is the equipment and the selling price. UMW Toyota Motor is aware that the current crop of customers is more finicky with the specs and equipment offered, as a majority of its rival has spruce ahead with more attractive packaging, pricing, and design.

The current XU60 Toyota Harrier is now entering its 7th year in production, and it means an all-new Toyota Harrier should in the pipeline. Based on rendering done by Japanese publication BestCarWeb, the new Harrier looks even sleeker and maintains the coupe-like roofline.

The website even mentioned that the Harrier could possibly be built on Toyota’s New Global Architecture (TNGA) platform similar to the Toyota RAV4. Engine-wise, the new Harrier is expected to be powered by a 2.0-litre naturally aspirated engine paired to Toyota’s Direct Shift CVT, with a 2.5-litre hybrid option.

However, Toyota might carry the current 2.0-litre turbo engine over, as the new Harrier is more focused on on-road driving as compared to the RAV4. Based on the timeline, the Harrier is scheduled to make its Japanese debut in May 2020, although it is highly likely to be launched in August 2020 instead.

The plan for the Toyota Corolla Cross is to do what the Toyota C-HR couldn’t do – achieving more sales. To do that, Toyota has to build the Corolla Cross on a specific packaging that will not cost an arm and a leg, yet promises to outperform its rival in many ways possible.

Firstly, it will be built on Toyota’s TNGA platform, specifically TNGA-C, but it will run a rear torsion beam instead of multi-link as it is more cost-effective and also allows for more space. Engine-wise, the 1.8-litre naturally aspirated mill with CVT might be offered alongside a hybrid variant, but this remains to be seen.

We expect the Corolla Cross to be launched in Malaysia sometime in the end-2020 or early-2021. If you would like to know more, we have a detailed outline in the big article dedicated to the Toyota Corolla Cross. 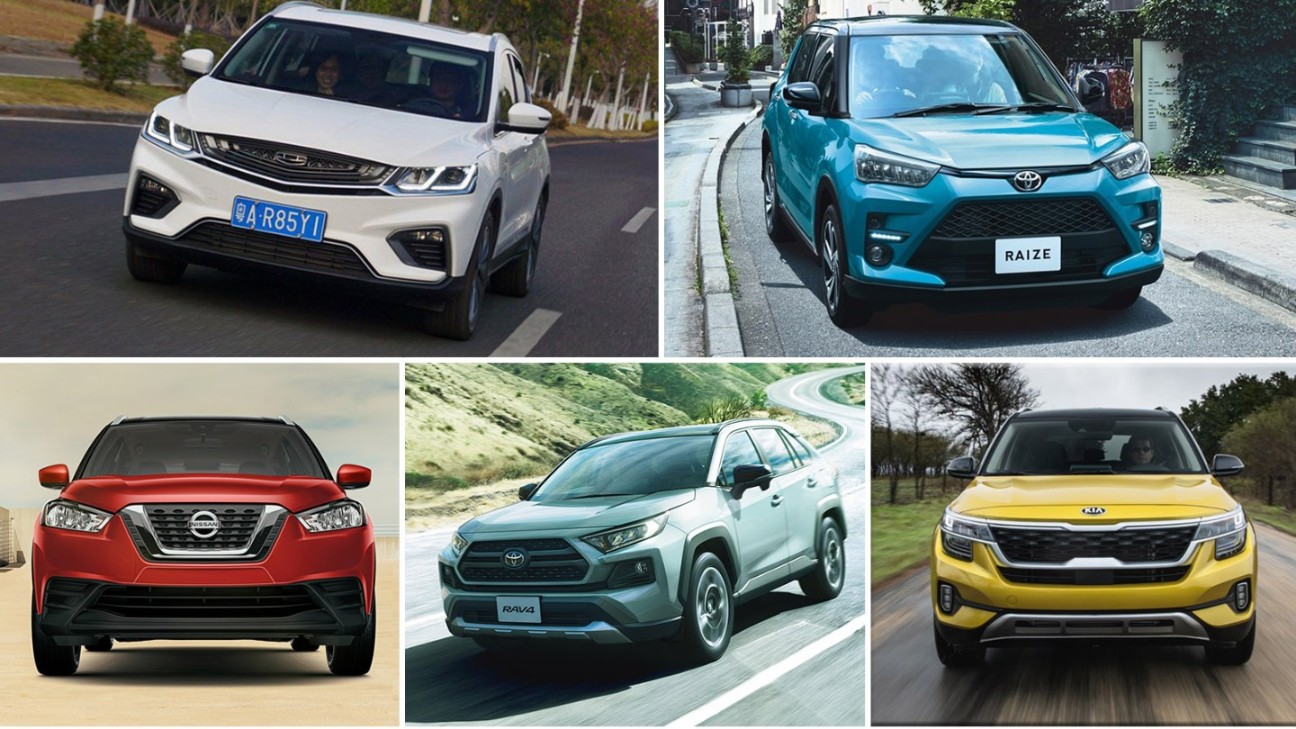 Looks like Malaysia’s SUV market will be booming with all these new models coming, but with Covid-19 pandemic on full effect which causes uncertainty in various aspects of production, importation, and documentation on a global scale, some of the models here might appear later on our shore than expected. But it is what it is, hence let us hope things will go back to normal and we can enjoy driving normally on our beloved roads.