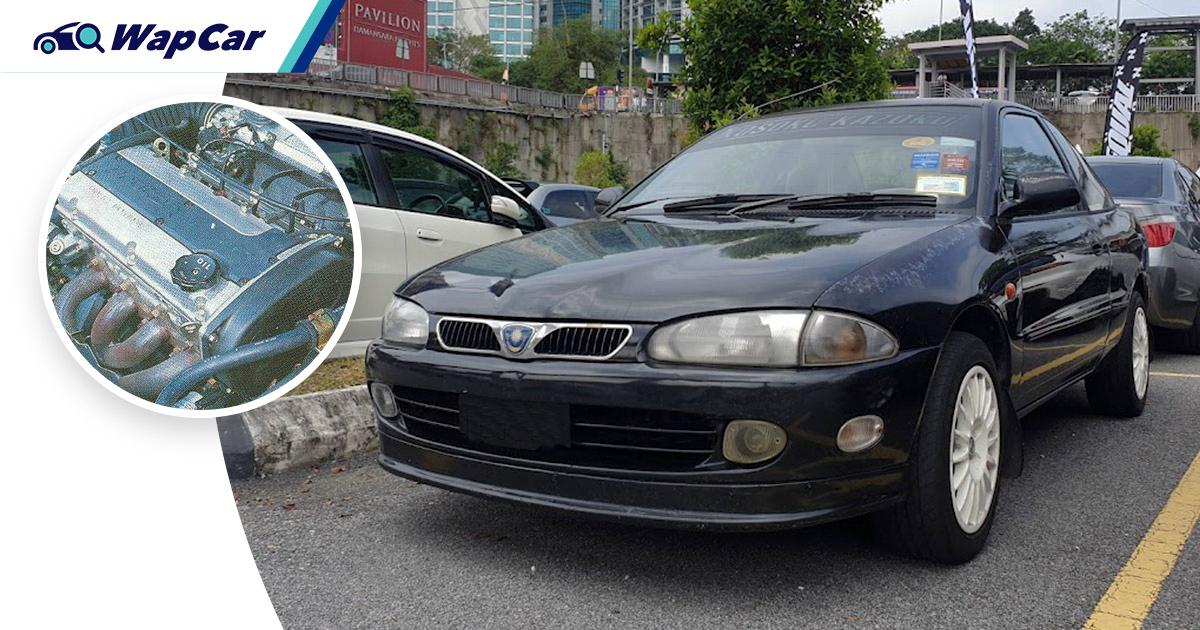 The Proton Putra was nothing short of spectacular and to many Proton purists, it’s one of the best cars to ever made by the Malaysian tiger. It was also short-lived, having been on sale for less than 4 years between 1996 and 2000. 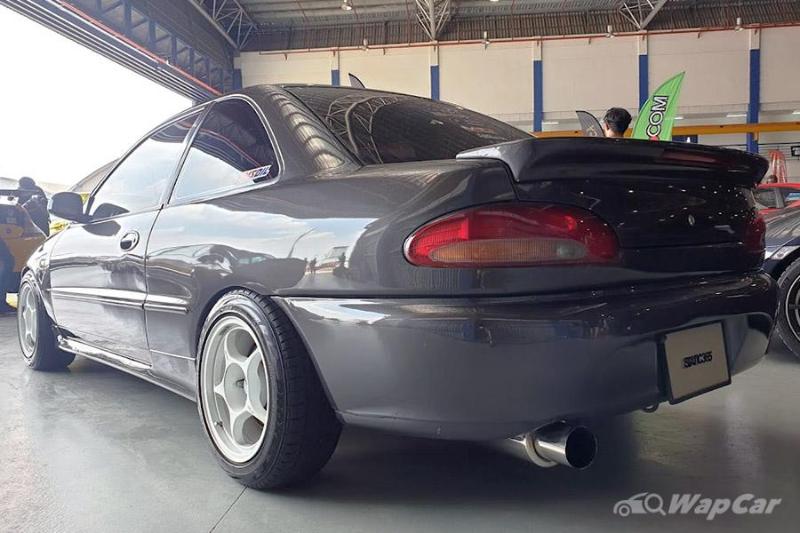 As such, the Putra is rare and compared to other Proton models of that era, commands quite a princely sum in the used car market. It was Proton’s only 2-door coupe model and you might say, the only Proton sports car. 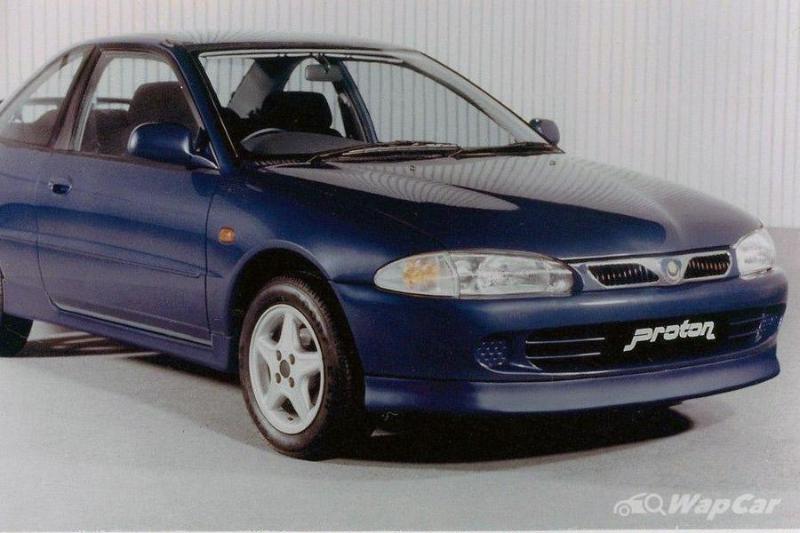 That said, let’s take a look at 8 reasons why the Putra is still highly coveted and why it might never be repeated again.

1. The donor car was sold as a Dodge in America 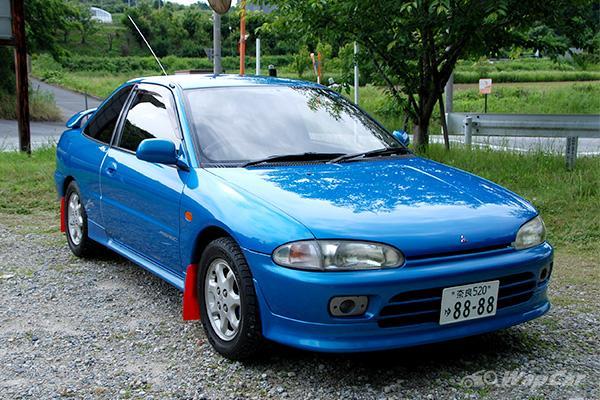 Proton wasn’t the only carmaker that took the Mitsubishi Mirage Asti and replaced the Three Diamonds with its own logo. Three years before the Putra was launched, Dodge slapped its own logo onto the coupe.

As part of a deal made between Chrysler and Mitsubishi, the Mirage coupe was also sold in America as a Plymouth or an Eagle. Both brands died before the new millennium began but this confusing line-up mirrored that of what’s happening with Mitsubishi in Japan.

Also read: That one time when the Proton Saga was sold in the US, sort of

The Dodge/Plymouth Colt and the Eagle Summit weren’t well-received by buyers and as they were budget cars, few survived today. Production and sales of the Colt only lasted for a year while the Summit soldiered on until 1996.

Also read: That one time when Proton and Dr. Mahathir were conned into a USA-export deal

2. The Putra was assembled alongside the Citroen Xantia 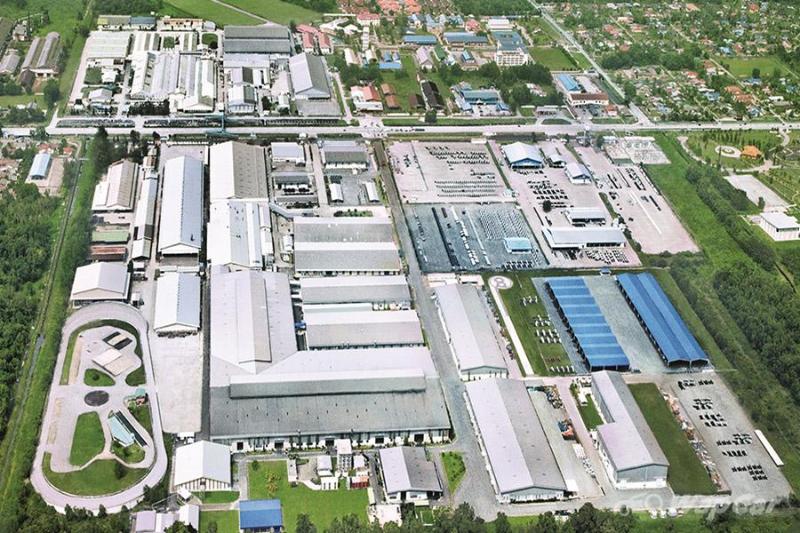 One of the most futuristic French cars sold in Malaysia was indeed built in the same plant as the Proton Putra. Unlike the Wira and Iswara which were built at Proton’s plant in Shah Alam, the Putra was built in Pekan, Pahang.

Also read: The Citroen Xantia was a French spaceship that was attainable to Malaysians

The plant is owned by DRB-HICOM which called itself Automobile Manufacturers Malaysia (AMM) Sdn Bhd then. Besides the Putra, early units of the Satria, the Wira Aeroback and the Tiara were also assembled at the Pekan plant. 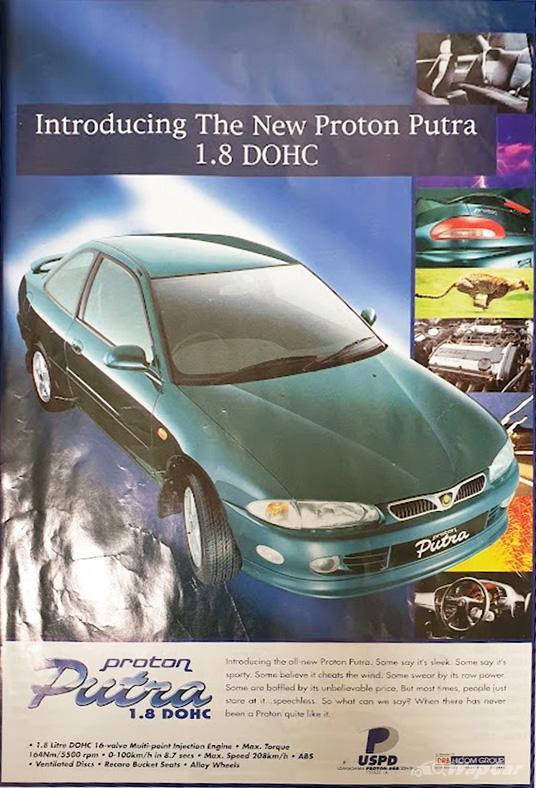 As a result, models built by this plant were sold at separate dealers under the USPD (Usahasama Proton DRB) name while the models built in Proton’s Shah Alam plant was sold by EON. Eventually, Proton would handle its own sales and distribution by forming Proton Edar and the dealers were united under the same banner. 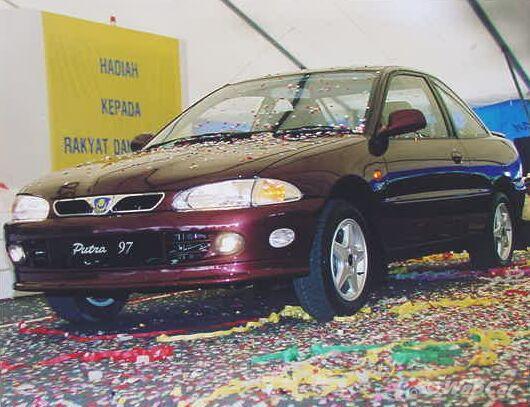 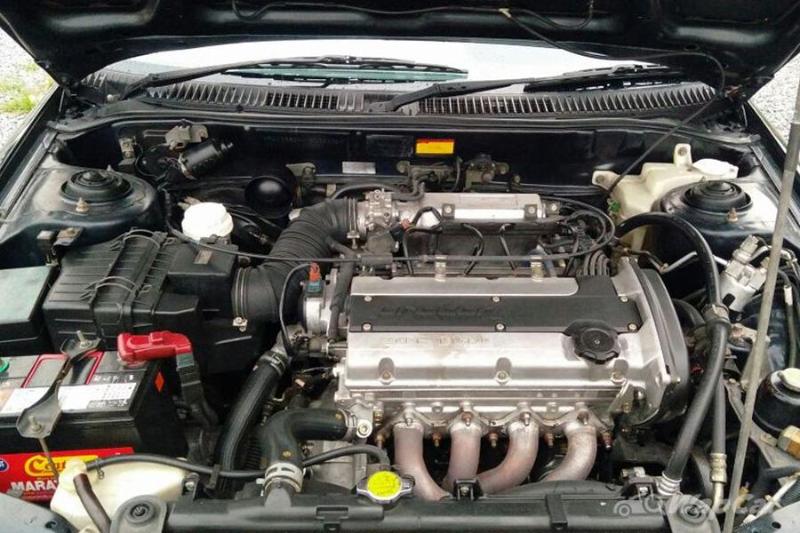 The 4G93P is capable of producing 140 PS and 164 Nm with a top speed of 220 km/h. Those power figures might not sound remarkable but for someone looking for an affordable sports car in Malaysia, it’s good enough. The closest rival, the Hyundai Coupe was priced from RM 86,000.

The engine would later gain more notoriety in the Satria GTi and the Wira 1.8 EXi (C99S) but the powerplant made its Malaysian debut on the Putra. Aside from the 5-speed manual transmission, a 4-speed automatic was also offered and given how slushy Proton’s automatic gearboxes were, it’s not as fun.

4. The Putra was given different names overseas 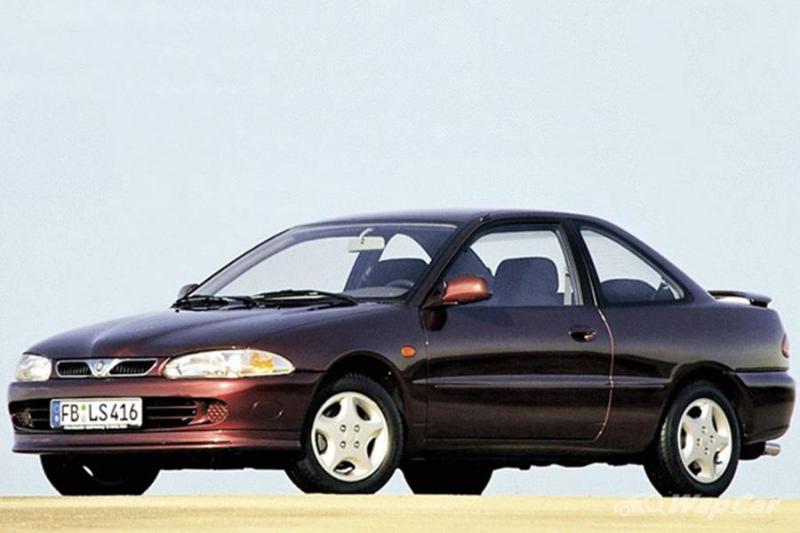 Proton had set its sights not only in Malaysia but it wanted to showcase its technology to the rest of the world too. In the 1990s, Proton started exporting to West European markets like Germany and France and aside from the Satria and Wira, which were called the 300 and 400 Series respectively, the Putra was also offered.

However, it was called the 418 and was part of the 400 Series. The last two digits in the nameplate denotes the engine size of the coupe. Proton’s time in LHD European markets was short-lived though and it pulled out around the late 90s. 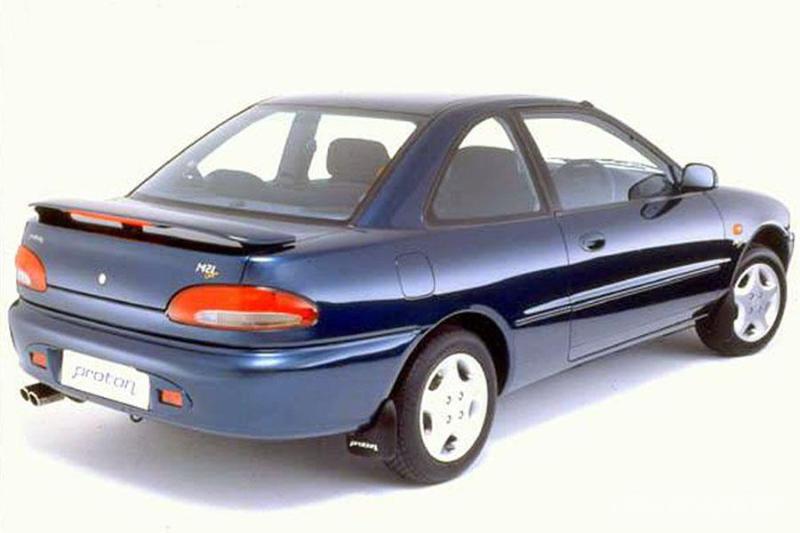 Meanwhile, the Australian market also saw the Putra given a different name that involved numbers. It was sold as the Proton M21 which was the Putra’s codename. Though it was a described as a surprise package by reviewers, it wasn’t enough to convince buyers.

5. The UK-spec Putra had an Evolution variant 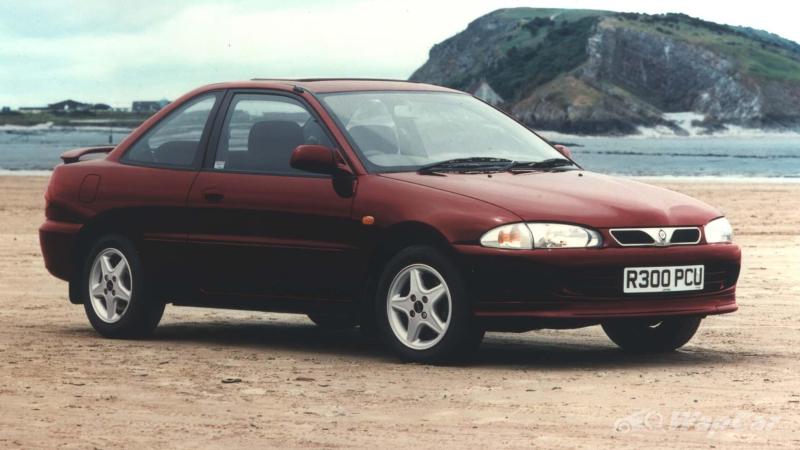 Proton’s association with Mitsubishi is well known around the local car community with numerous Wiralutions and Satria Cyborg conversions. The Putra wasn’t spared from that but Proton’s British distributors took it a step further in naming one of its variants. 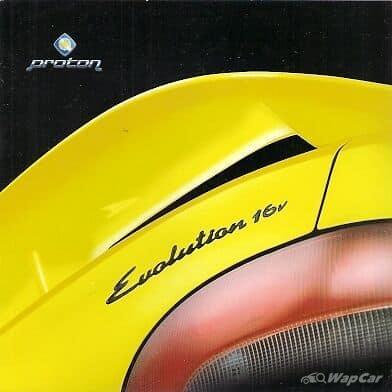 Just like other overseas markets, the Putra was given another name in the UK, being called the Persona Coupe or just simply Coupe. In 1999, Proton UK introduced the Coupe Evolution 16v and just like the Lancer Evolution it lifted the name from, it was a hotter version of an existing model. 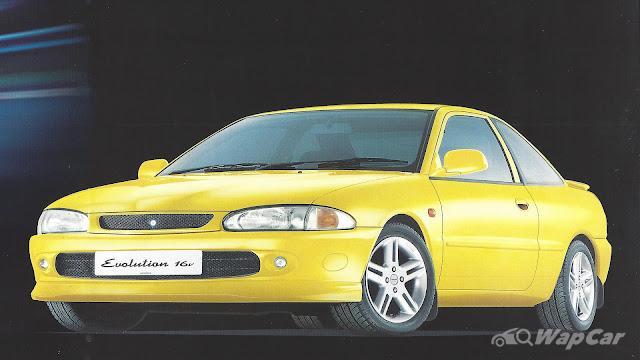 Exclusive to the UK, the Coupe Evolution 16v came with a special bodykit, 15-inch Momo alloy wheels, a Momo steering wheel, and Recaro N-Joy bucket seats. There were also performance upgrades too with power from the 1.8-litre 4G93 engine now increased to 150 PS. Sadly only less than 5 survive today.

6. There was a special Putra-only race in the UK 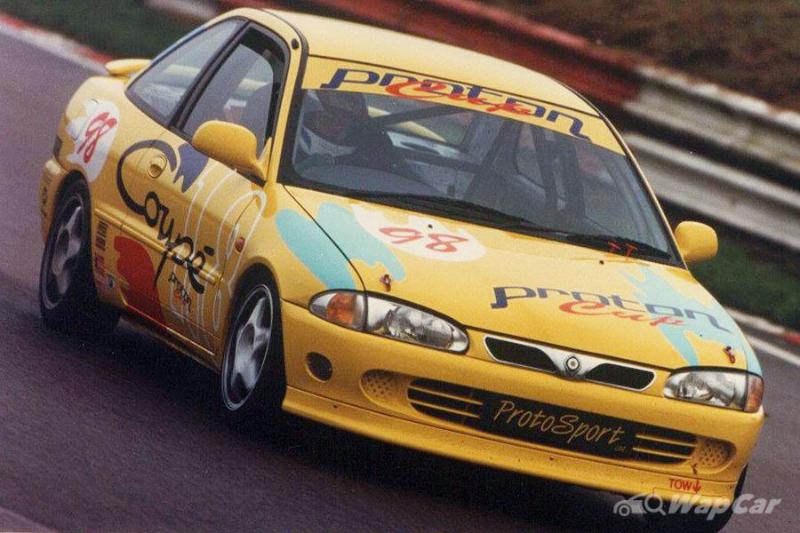 The Evolution’s launch in the UK wasn’t just for fun, considering how low the awareness of the Proton brand is the British Isles. The answer to boost the Malaysian carmaker’s image was apparently in motorsports. 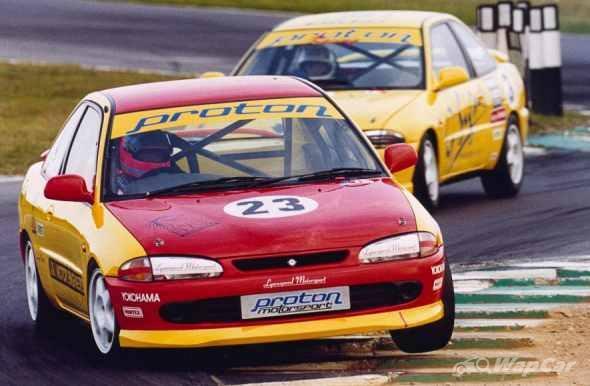 Before dipping its toes in the highly competitive British Touring Car Championship, Proton introduced the Proton Coupe Cup in 1998 that targeted amateur and grassroots motorsports teams. These cars used resembled the Coupe Evolution but with a few modifications to make them track-ready.

Suffice to say that the competition didn’t last very long and the Proton Coupe Cup was quietly discontinued after around a year and some change. A few surviving Coupe race cars remained in the UK but they’re not road legal and are only allowed for track use.

The remaining Proton race cars continued competing in various grassroots races, with some even winning those championships. According to one of the Proton Coupe track cars listed for sale, the entire car weighs around 950 kg which makes it pretty quick on the track.

7. The Putra nearly competed in WRC 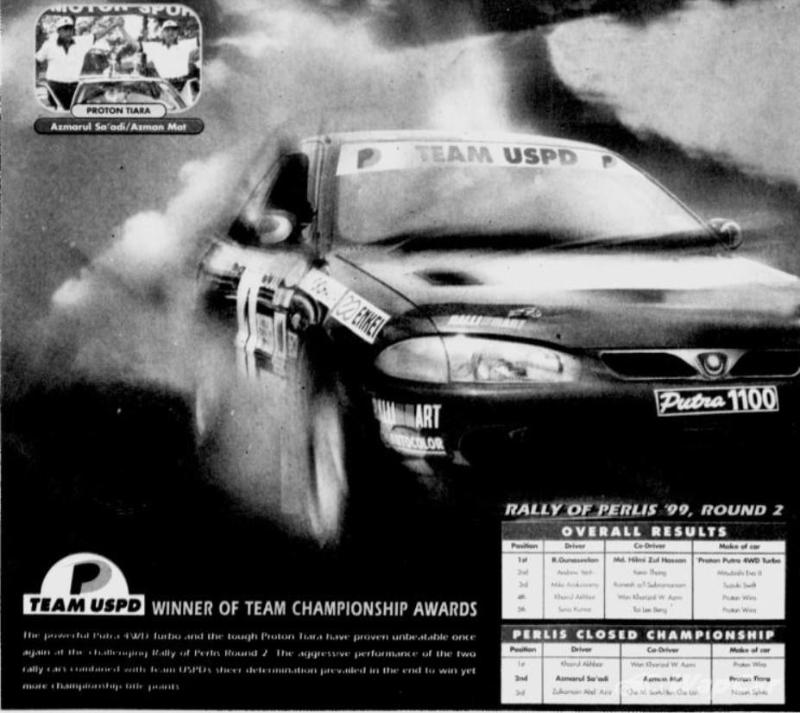 Aside from racing on the track, Proton was also interested in rallies and given its history with the PERT Wiras and Iswaras, it’s a given that its next eye was on the World Rally Championship.

Also read: Goldmine: Own a piece of Malaysian history with the Proton Wira PERT AWD Turbo! 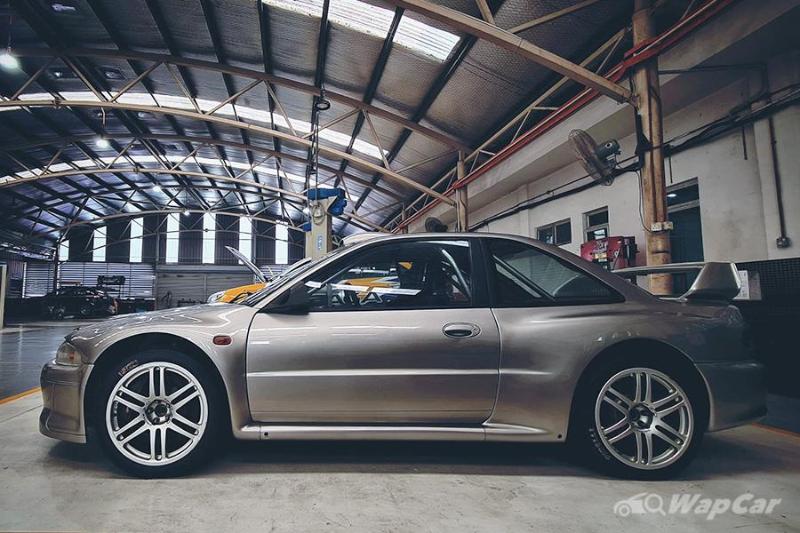 Proton collaborated with Prodrive and built a magnificent rally machine that was based on the Putra. Out went the standard 4G93 and in came a larger 2.0-litre with an anti-lag turbocharger that produced 304 PS and 400 Nm. 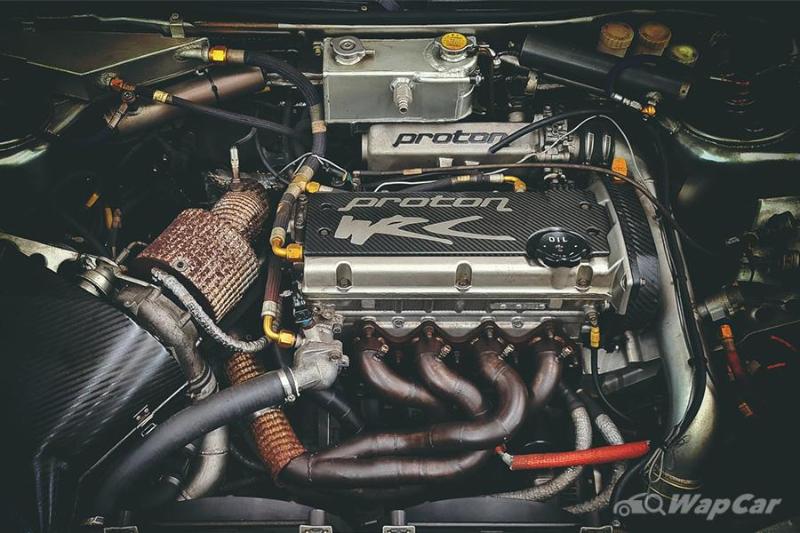 Things were set for Proton to debut at the 1998 WRC before the project was scrapped. No one knows what exactly happened but at least the only prototype built is in safe hands under Proton Motorsports.

8. Sales of the Putra briefly reappeared 4 years after it was discontinued

The Putra became a cult classic long after its sales period ended in 2000. It’s sad to see that the Proton coupe was outsold by the dreadful Tiara but given so few buyers were interested in coupes, it’s unsurprising really.

However, Proton still had some unsold units of the Putra and it was given a second lease of life in showrooms in 2004. Unlike the original run of the Putra, the relaunch units did not come with Recaro seats as well as the Momo steering wheel and gear knob but were refitted with normal regular Proton parts.

Despite its shortcomings when the car was new, many recognise the Putra as one of the best cars Proton ever produced. As a matter of fact, it is also ranked as one of the best Malaysian cars ever. It was unlike any Proton as it appealed to a niche crowd of petrolheads who wanted an affordable thrill of a ride.