8 tips to prevent turning your airbags into killer objects 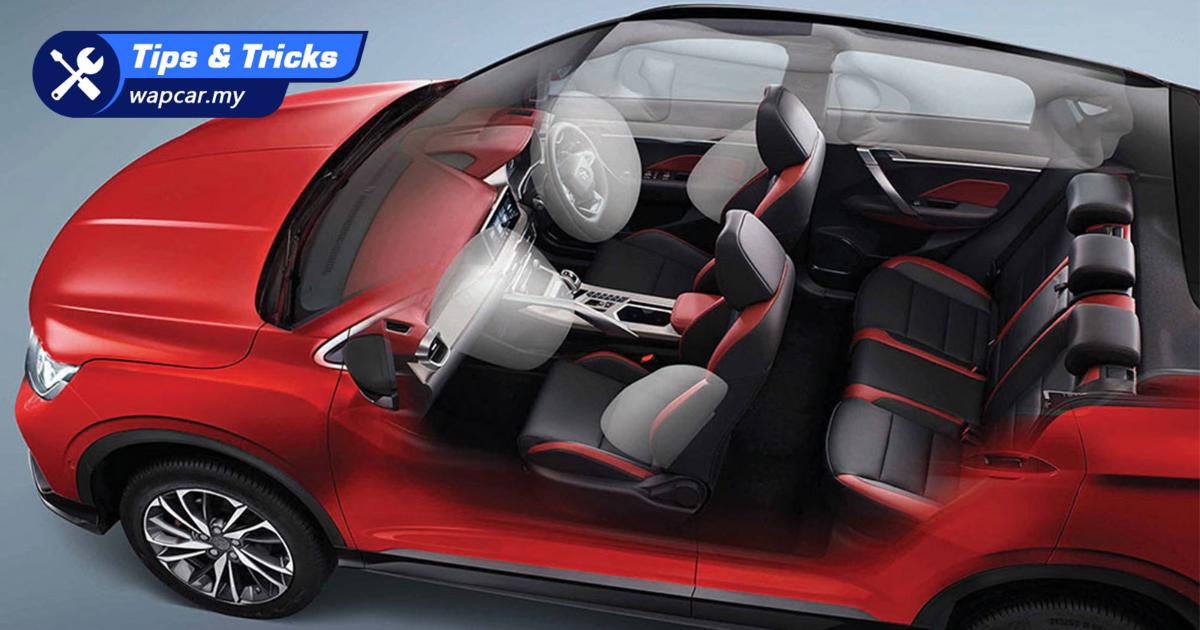 The airbag is an essential safety feature just like the seat belt. They save lives and many cars, even now feature 6 airbags. We truly have moved a long way in the past ten years in terms of safety innovations.

But the airbag isn’t completely flawless. Remember the whole Takata fiasco from a few years back?

Just a quick recap, the Takata airbag recall affected more than 100 million cars around the world and is the largest automotive recall in history. 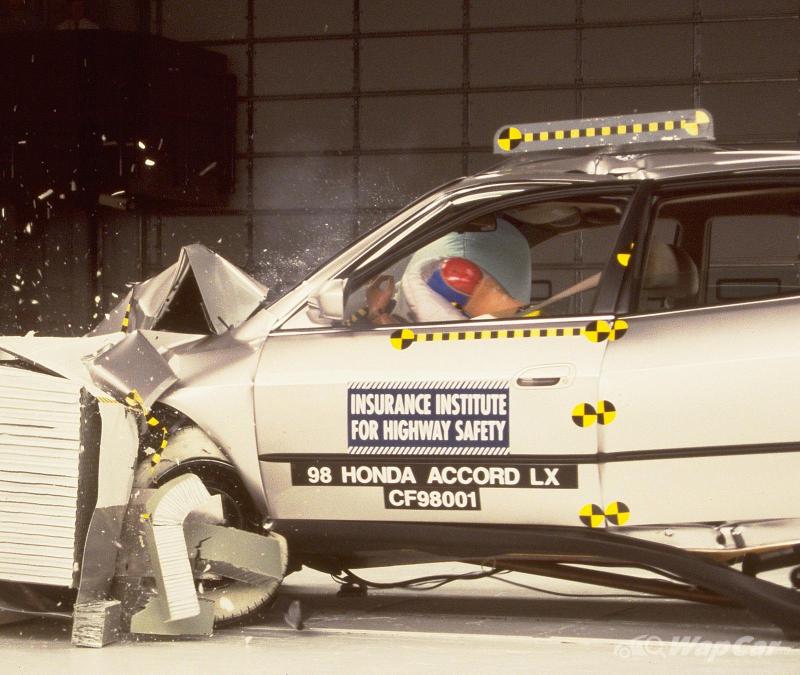 The recall is still ongoing but for older models. Despite that major setback, the airbag is still generally seen as a device that saves lives. 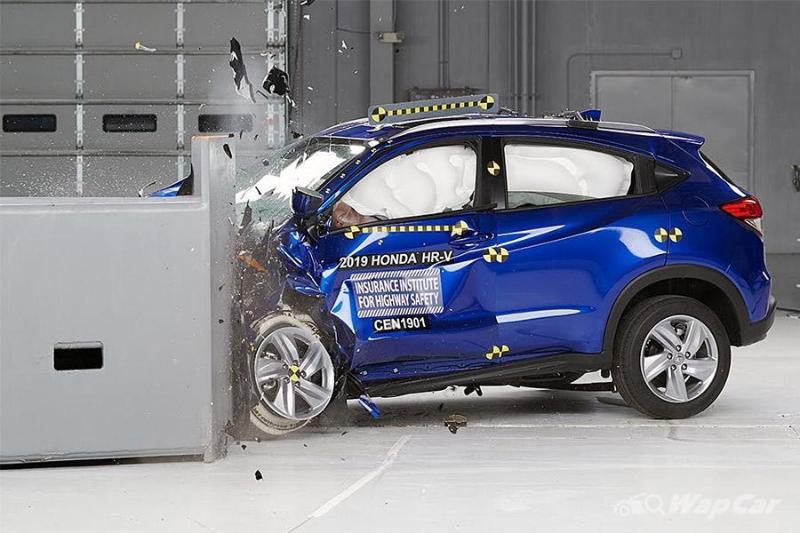 According to data collected from the United States Insurance Institute for Highway Safety (IIHS), the National Highway Transport Safety Administration (NHTSA) estimates that:

However, as we’ve seen in crash test videos, an airbag deploys quickly. Up to 320 km/h in an instant, but newer ones are slower. At 200 km/h. 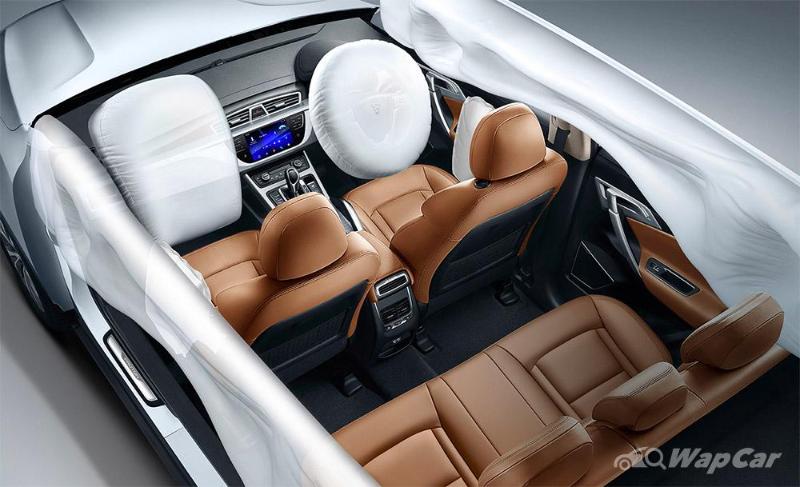 Something at that speed could severely hurt someone and make no mistake, airbags aren’t fluffy pillows.

Also, they’re deployed using sensors so they are susceptible to unintended deployment. If a serious impact occurs in the undercarriage of your car, this might trigger the airbag sensor.

Now you don’t need to put on your tinfoil hats and start some conspiracy thread. Here are 8 simple tips to ensure that your airbags deploy to save your life instead of ending it. 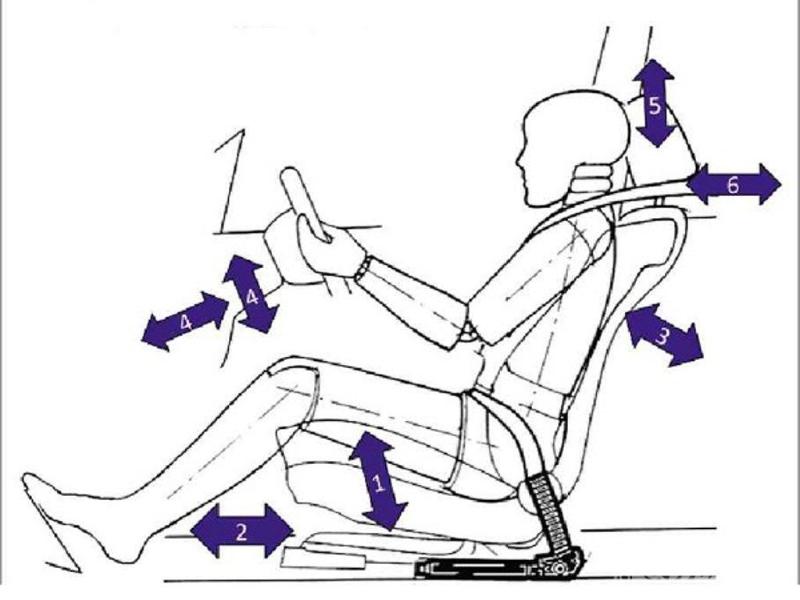 This is something they first teach in driving school and also one that many drivers overlooked. Having the correct seating position gives your limbs better control in manoeuvring your car.

That way, in the case of a collision in an airbag-equipped vehicle, the right seating position allows the airbag to have enough room to deploy without hurting you.

This goes without saying, but this tip also applies to those sitting in the back.

Remember how I mentioned earlier that an airbag is deployed at a fast speed? Now, imagine if the rear occupant sans seatbelt hits you at the back.

This advice also goes for those short trips around the neighbourhood. You never know what could happen. An airbag is rendered useless in saving lives if the occupants aren’t belted up.

3. Get rid of the seat belt clippers

We know you like to spice things up in your ride but if you thought of installing a seat belt clipper, lose that thought.

There’s no point in putting up an accessory that only prevents a safety device from doing its job. These things should be banned from the market. The same goes for those fake seat belt clips. 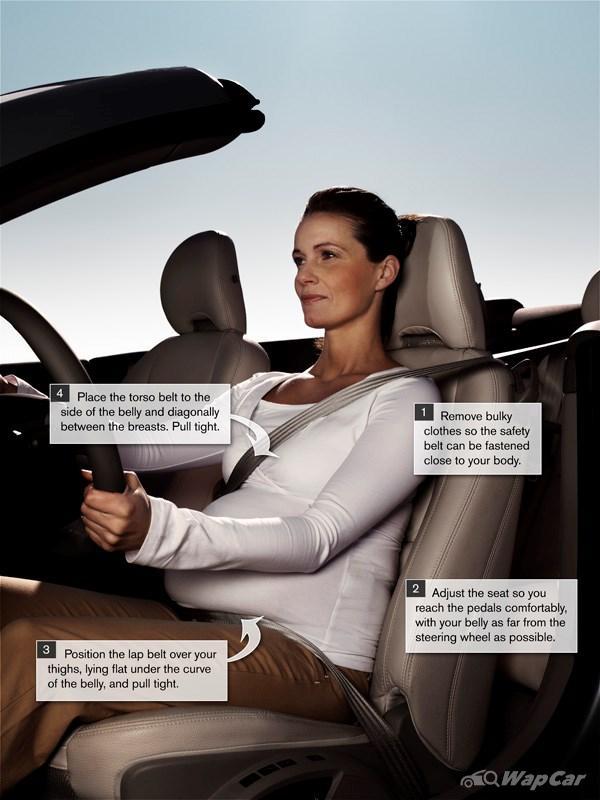 This goes out to the pregnant women, make sure you are strapped properly. For instance, the lap belt should cross below your belly, not over.

5. Remove objects from the dash 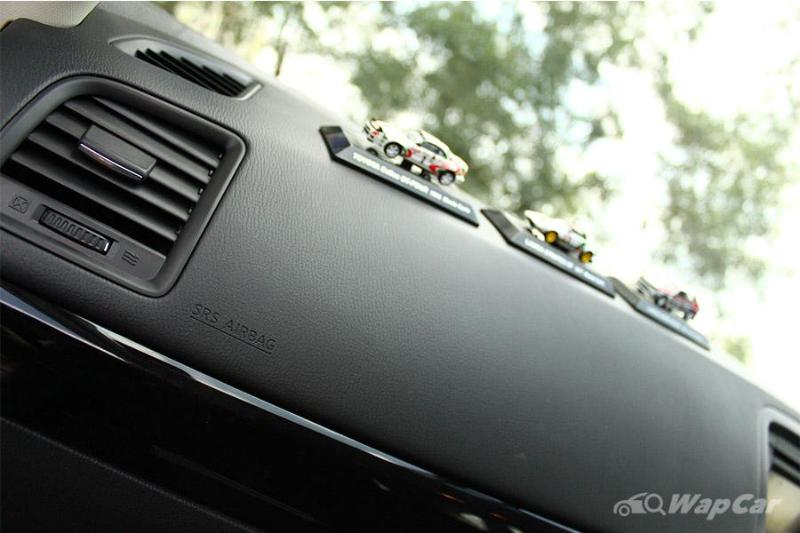 Again, there’s nothing wrong with spicing up your ride to show the world your personality, but here’s another tip that you should heed.

As the airbag (in particular the front passenger airbag) is placed in the dashboard, in the event of an accident those loose objects become deadly projectiles. So, remove the model cars or other decorations from the dash, if you please.

6. Child seats at the rear 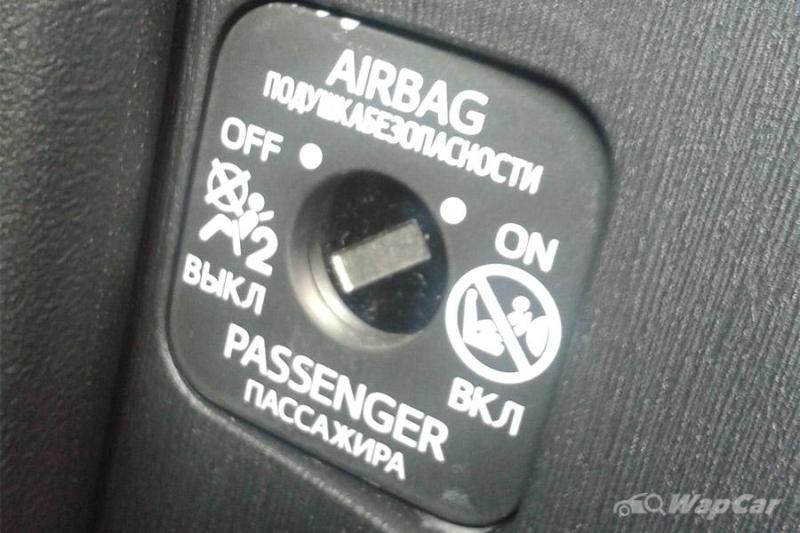 There’s a reason why ISOFIX points are placed at the rear and never at the front. However, if you insist on having the child seat in the front, remember to deactivate the front passenger airbag first. 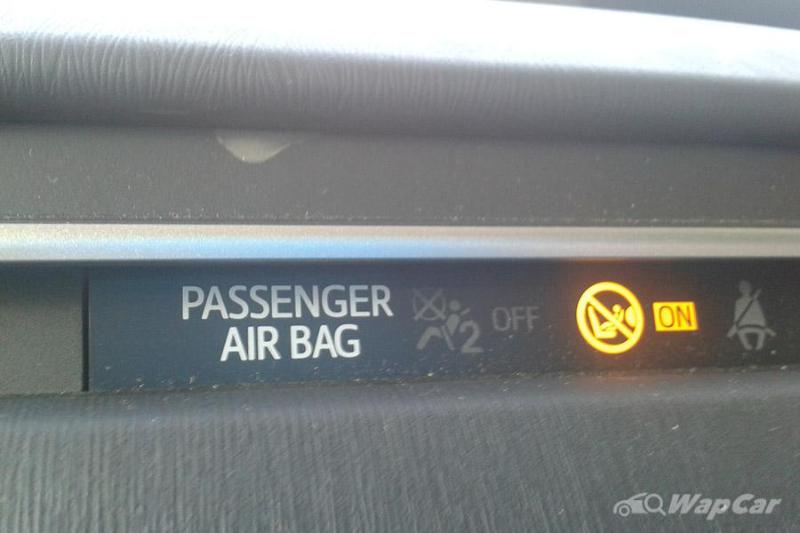 Some older cars might have omitted that feature, so it’s still better to put the child seat in the back. Never hold your child on your lap when the vehicle is on the move, it only causes more harm than love.

7. Some tips for the side airbags 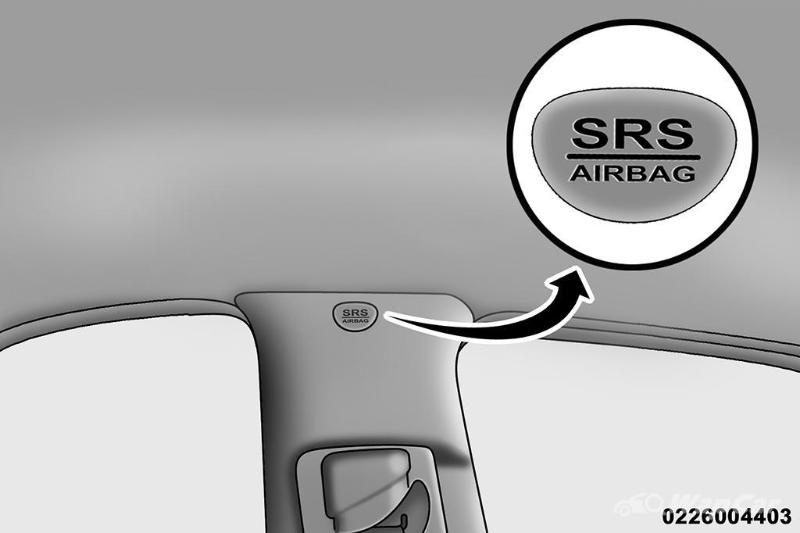 First, avoid resting your head close to areas where the airbags deploy. Look out for the ‘SRS Airbag’ label. You wouldn’t want to risk severe head injuries. 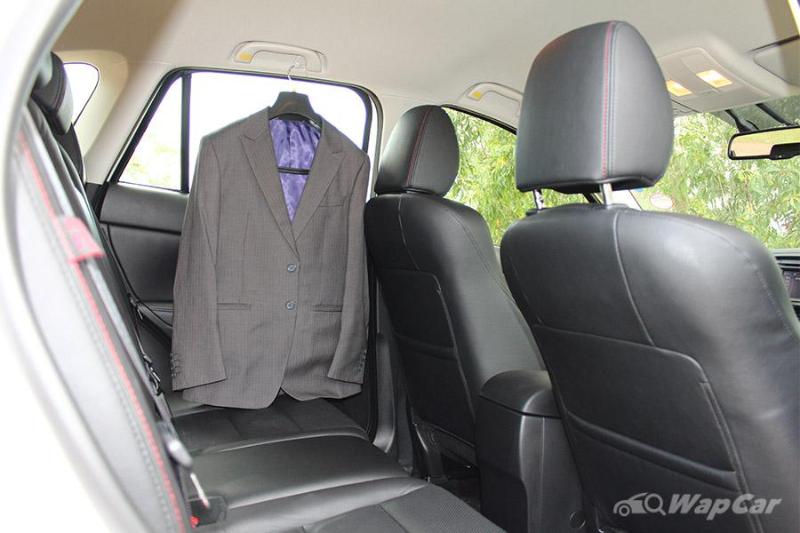 Next is to avoid using the coat hangers. It might be inconvenient, especially if you’re in a rush for that important meeting but your coat hanger can cause severe injury when the side or curtain airbags are deployed.

8. Check if your vehicle is affected 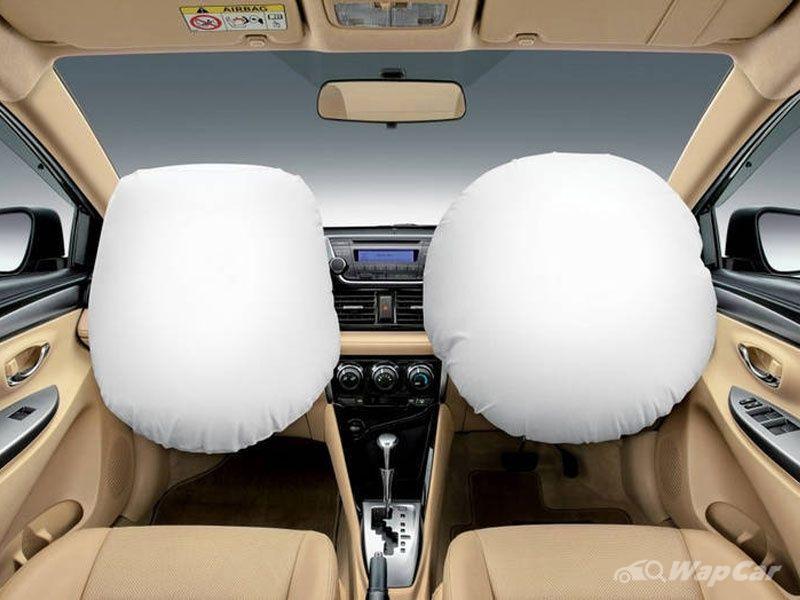 Last but not least, if your vehicle is equipped with airbag modules that are supplied by Takata, please contact an authorised service centre of your brand or check out the following websites to see if your vehicle has been recalled or not: 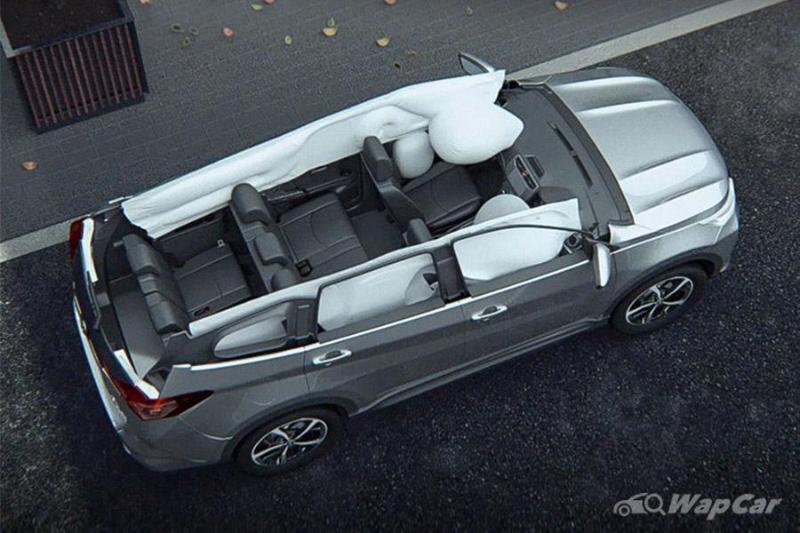 No one can predict what will happen in the future but with these 8 precautionary tips, you can feel safer knowing that your airbags help save your life in the case of an accident than as a deadly weapon.