Home > News > Can no longer afford a BMW? Here are 5 cheaper but worthy replacements

Can no longer afford a BMW? Here are 5 cheaper but worthy replacements 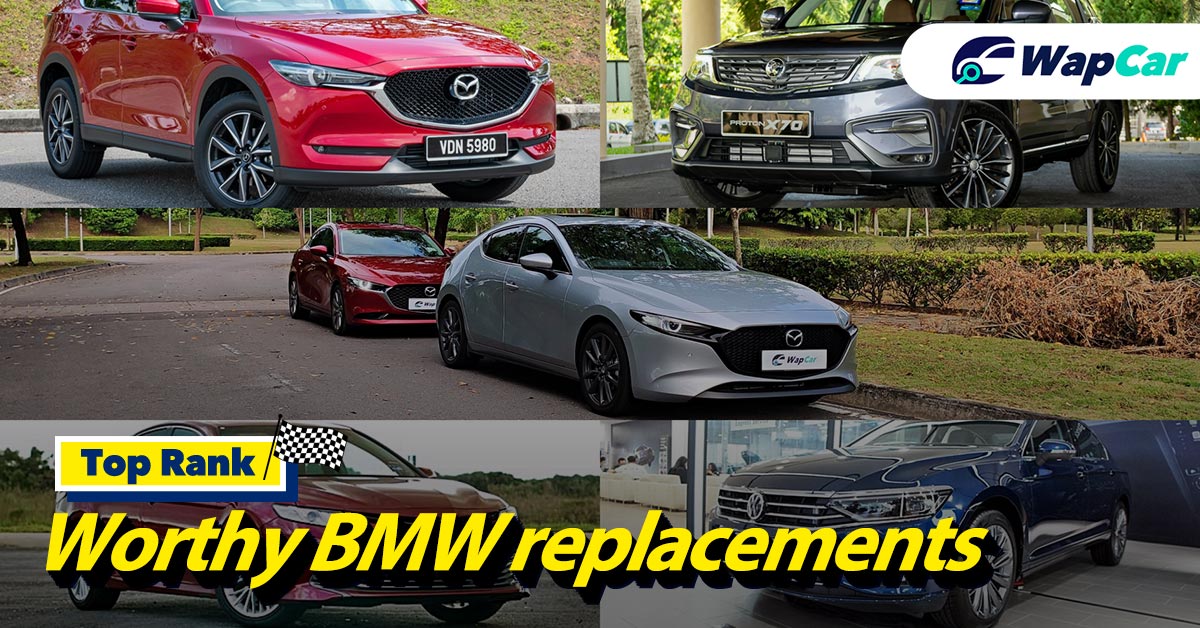 Last week, we stumbled upon a Facebook post where owners were expressing their disappointment as they are not entitled to the 6-month moratorium by BMW Credit Malaysia.

BMW Credit Malaysia did clarify matters after by announcing customized solutions for customers affected by the Movement Control Order (MCO). 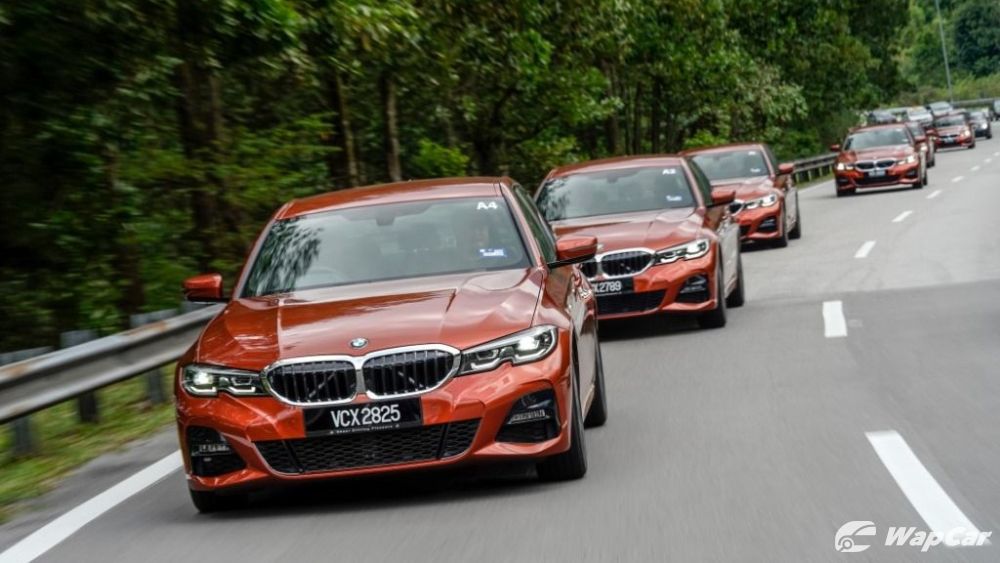 But in these tough times with uncertainties that lies ahead, if your BMW loan tenure is completing soon and you don't intend to keep it long-term, perhaps consider something more affordable due to the economic situation.

That bring us on to the subject at hand - cars that are more affordable than a BMW but still manage to provide a modicum of the experience.

It goes without saying that luxury would be sacrificed to a certain degree, but practicality and reliability may be compensated. 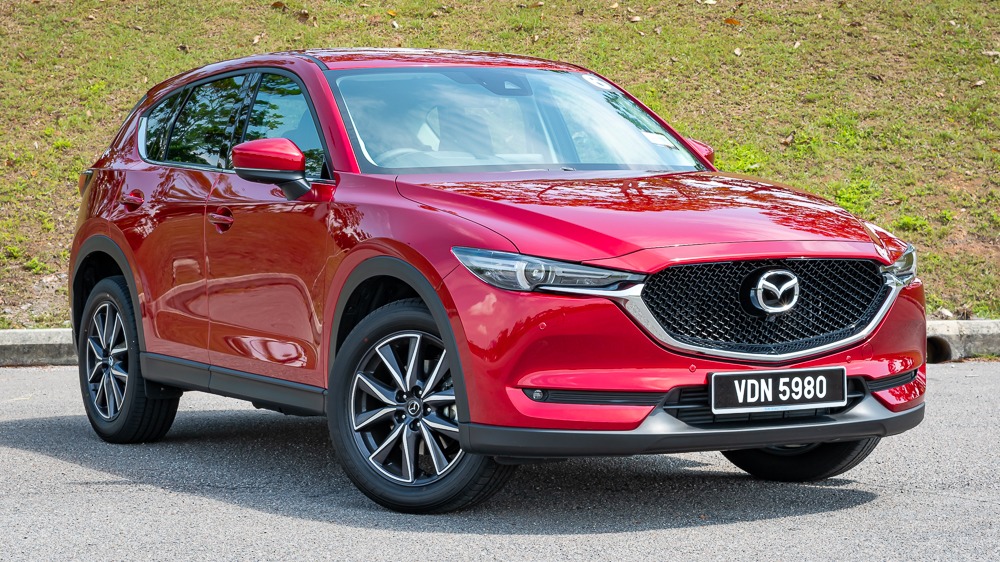 And you won’t be short changed on the inside either, there’s high quality leather on all the touch points, even the plastics are smooth in texture which adds to the feel-good factor. 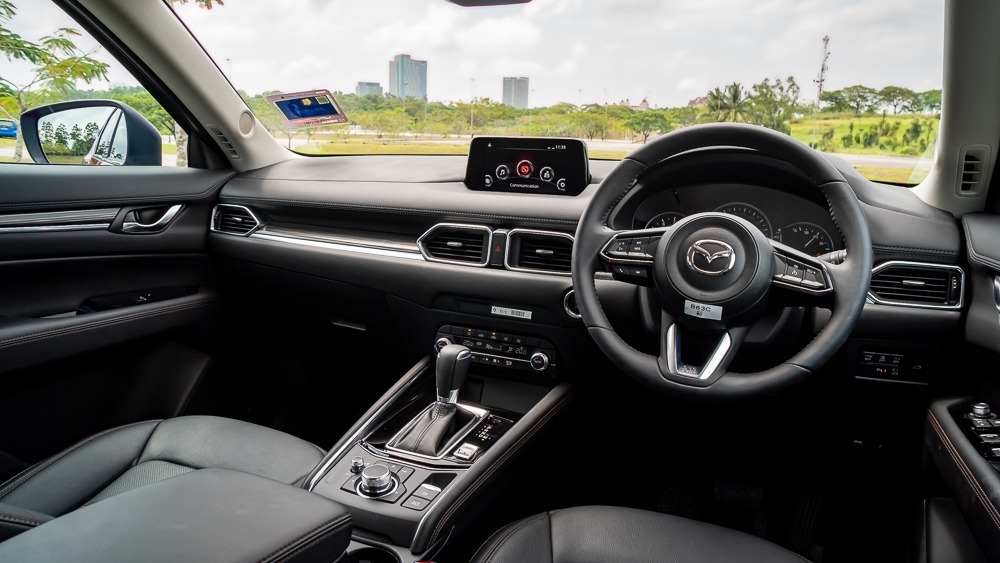 Drawbacks are the relatively small interior and the suspension gets busy over rough patches. Plus side is that it’s one of the best handling SUVs in its segment. With the potent 2.5L turbocharged engine, it’s an SUV that would please driving enthusiasts. 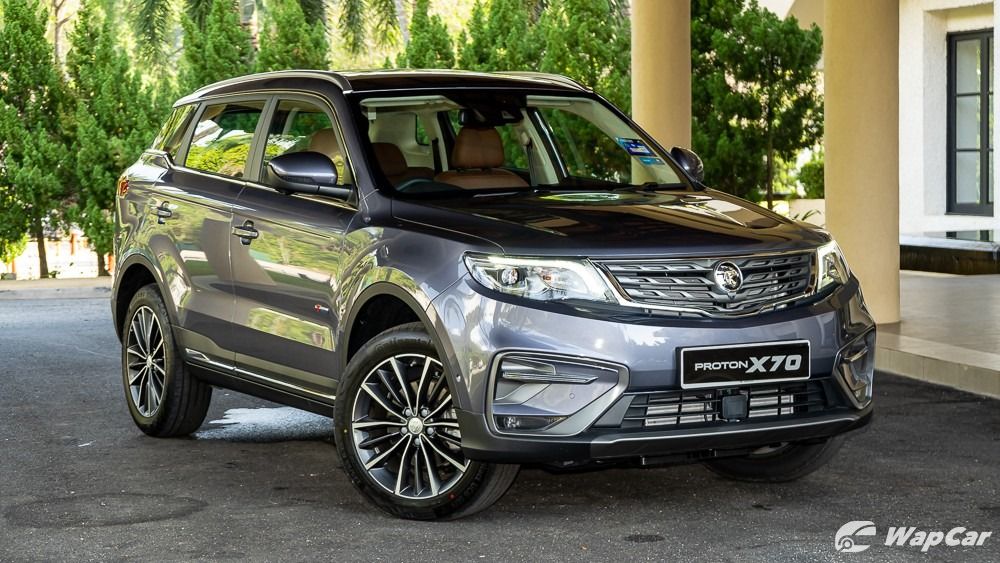 Now locally assembled with more features, retuned suspension and a dual-clutch transmission. All at a lower price than before.

But what made the Proton X70 a success was more than the price itself, it’s the premium feel. The way it drives, the exceptionally well-insulated cabin, build and material quality as well as the safety features.

Downsides are the high boot floor and the lack of Android Auto/Apple CarPlay connectivity. Though for the price you’re paying, there is no other car in the market that offers as much value. 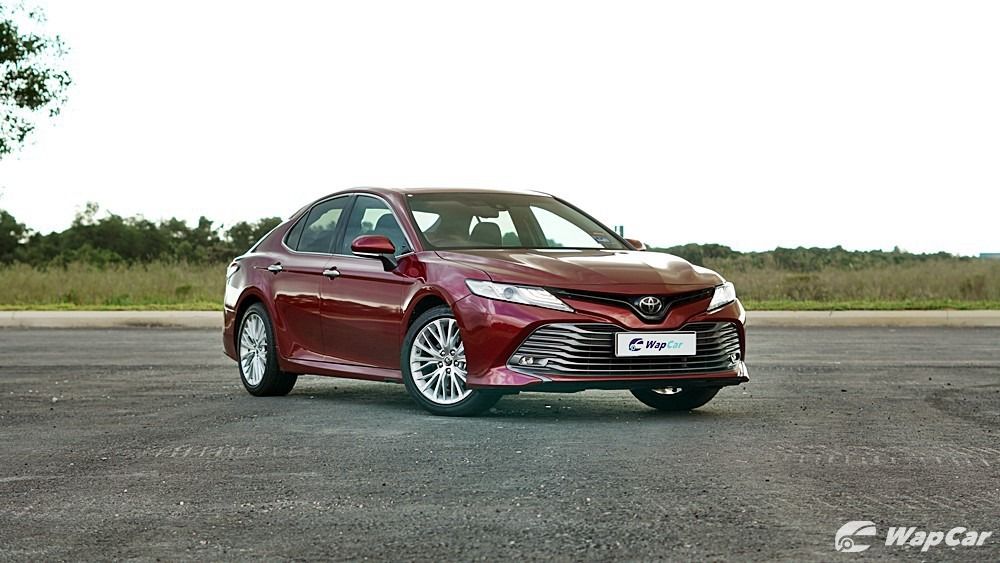 If you’re an avid reader of automotive sites, you might be tired of seeing us raving about the Toyota New Global Architecture (TNGA) platform. But it really is quite something.

The Toyota Camry's platform is stiff and features MacPherson struts at the front and double wishbones at the rear. Like all previous generations of the Camry, comfort is its priority. But where this differs is the newfound level of athleticism around corners. 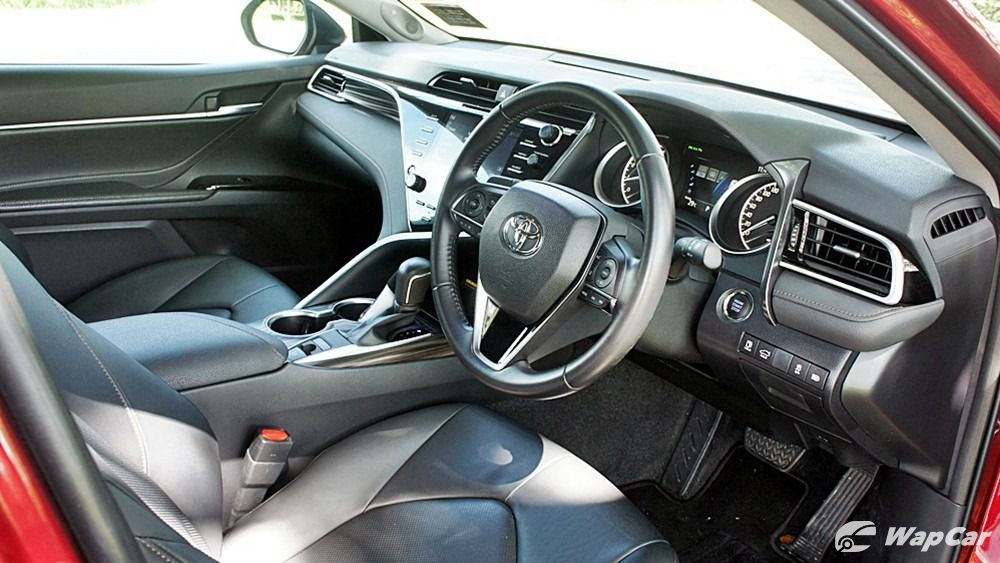 Bumps and undulations are absorbed competently not just in a straight line, but in the corners as well. It feels planted around the bends, remaining composure at all times and handles predictably. If BMW were to make a large front-wheel drive sedan, this is it.

There aren't many drawbacks to the Camry, hence the price. Perhaps a glaring one would be the powertrain as its performance is best described as adequate. Upsides are the full suite of ADAS and a dependable, hassle-free ownership experience. 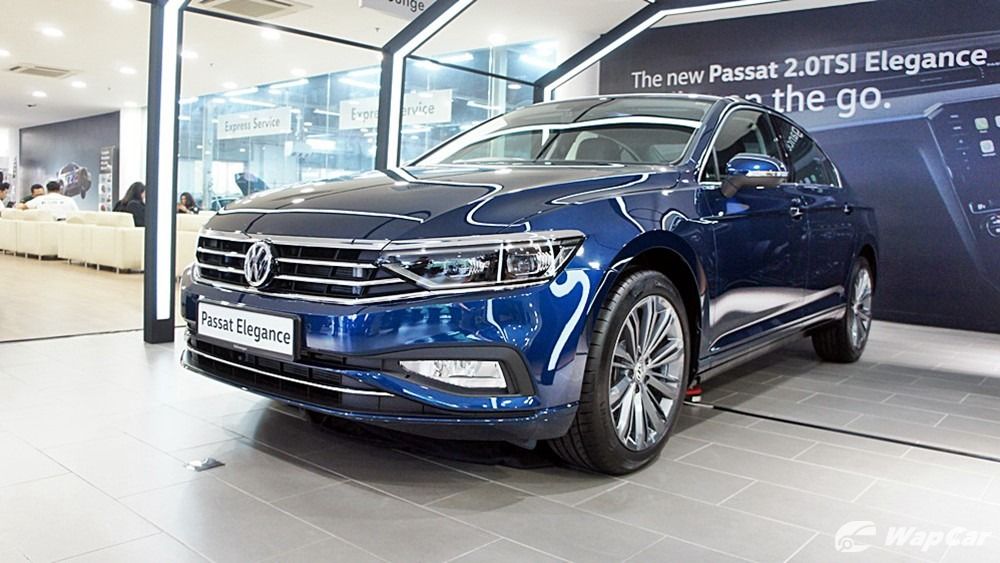 Unlike the mostly Japanese makes in this list, the Volkswagen Passat gives the Teutonic feel of German cars, which you're probably accustomed to. The ride and handling is well-tuned that err on the side of firm, cabin is relatively hushed, and it's an excellent long distance cruiser.

There’s a healthy shove of torque from its turbocharged 2.0-litre engine and gearshifts are imperceptibly quick. Show it some corners and it tackles them with ease from the aforementioned suspension tuning and nicely weighted steering. 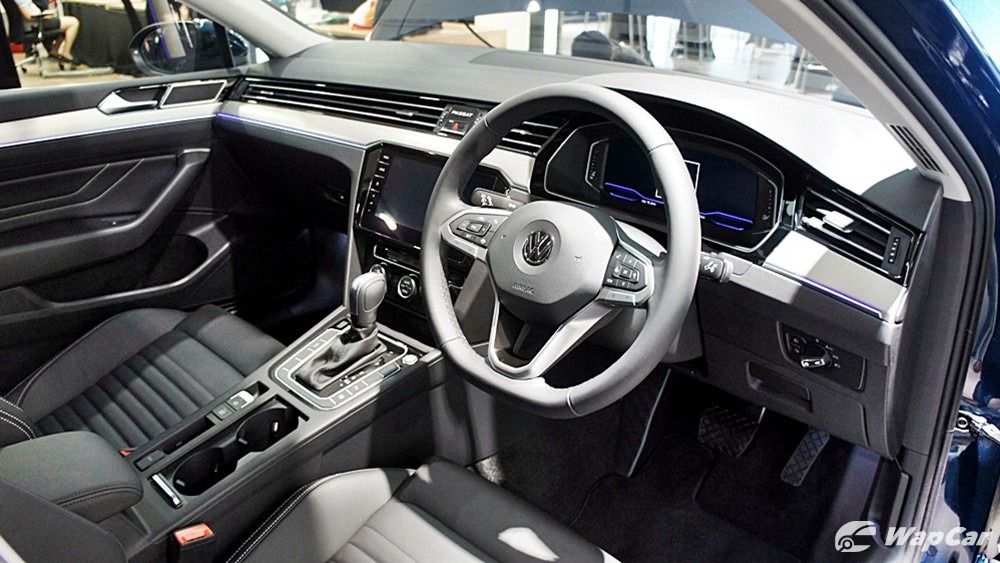 Inside, soft touch materials are used throughout the cabin. Build quality feels solid as a Volkswagen should. There’s really not much to complain about in here. Maybe that cheap looking Passat emblem on the centre.

The more significant trade-off here is the inherent jerkiness from the dual-clutch transmission (DSG) at low speeds. And there's no proper ADAS.

If there’s a car that can maintain the premium ambiance or even exceed it, it’s the Mazda 3. You can have the it in either sedan or hatchback form depending on your preferences.

The reason behind choosing Mazdas as BMW replacements is because Mazda pays just as much attention to the driver as BMW does. Though Mazda’s philosophy for this is a little different - to make driving an ease.

So from the driving position, the way the seats are sculptured, the emphasis on reducing noise and the GVC Plus, all to reduce fatigue and in turn, make driving more enjoyable. 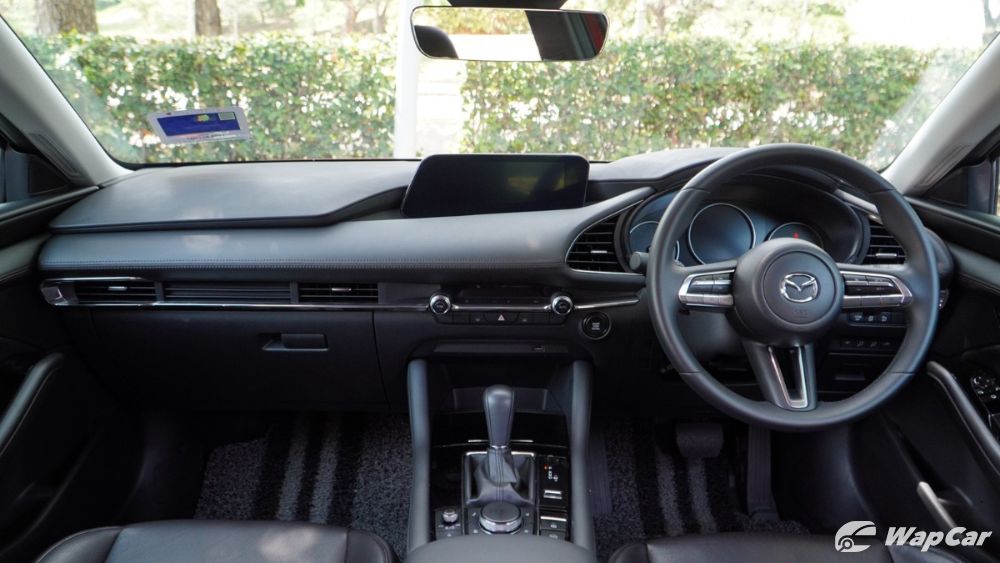 Then there’s the interior design, quality of materials used and the build quality itself. The interior feels, like Mazda puts it, premium. It just makes the driver feel special and for some, that alone might be worth spending more over its rivals.

The premium-ness extends to the way it behaves on the road as well. The suspension is firm, cabin noise is low at pretty much all speeds and handling is well-sorted as expected from a Mazda. Yes, the rear suspension is torsion beam, but the one in this is unlike any other.

Downsides? Interior is not particularly spacious, boot space is not as large as rivals, and prices are higher as well. Just like a premium marque then, only more affordable in comparison. It all depends on your perspective.