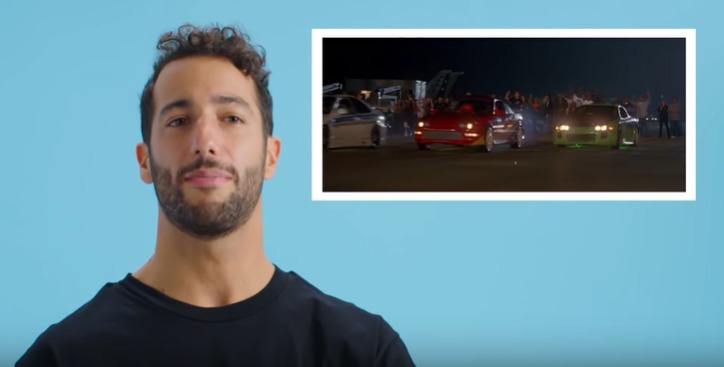 When driving turns into an art form, it can captivate even people with the faintest interest in cars.

This is why Hollywood churns out movies like Need for Speed, Baby Driver and even Fast and Furious, which, after 8 renditions, is really just an action movie unrelated to cars.

The latest being Ford versus Ferrari. Watched that yet?

Don’t worry this is not a spoiler post, though we would love to hear what Formula 1 driver Daniel Riccardo has to say about the racing sequences!

Before we can get any official comments from Danny Ric about Ford VS Ferrari, the Australian driver took time out of his races in the Americas to debunk the myths of all our favourite car/ racing movies.

Which part of Fast and Furious was an unnecessary theatrical stunt and which car stunt was Danny most impressed by in Baby Driver?

Watch the video to find out!