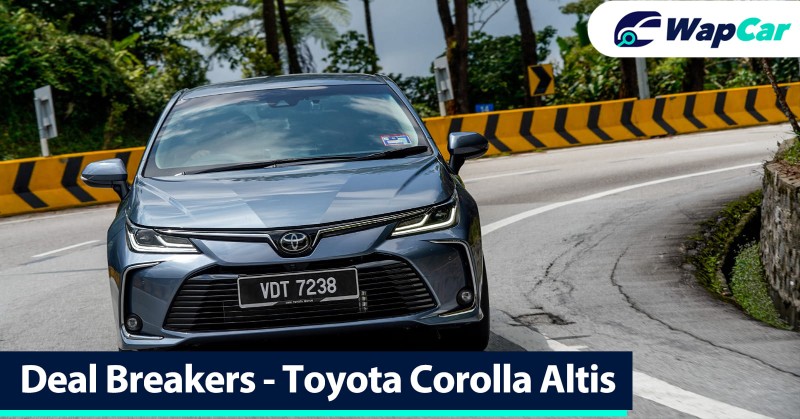 The Toyota Corolla Altis is a very respectable nameplate in Malaysia but impressions of will vary depending on which generation you grew up in.

Those old enough to remember the legendary AE 101 or the KE70 will give you 10 reasons why a Toyota Corolla is always better than a Honda Civic. 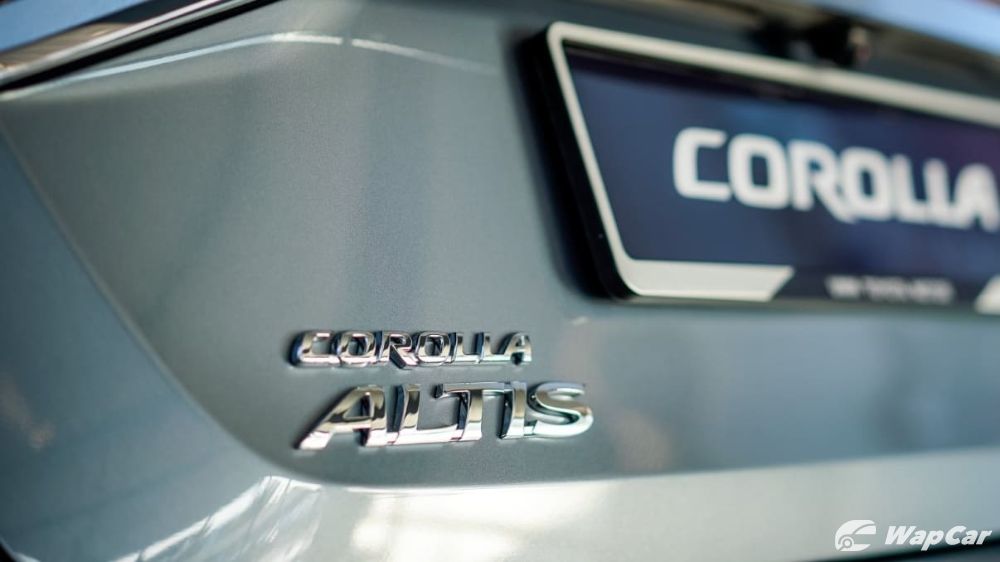 Those who entered the working world in the early 2000s will remember the ‘Break Into Style’ ZZE120 model to be the most coveted car among young executives then. The Civic FD would only come much later.

This was a time when the Toyota Corolla Altis name stood for product and marketing excellence (segment first ESC, variable valve control). The ad even featured Brad Pitt.

Of course, we all know what happened after that, the Corolla name was sullied by a series of uninspiring, aging models, which allowed the Honda Civic to ascend into its current position as the king of the C-segment. 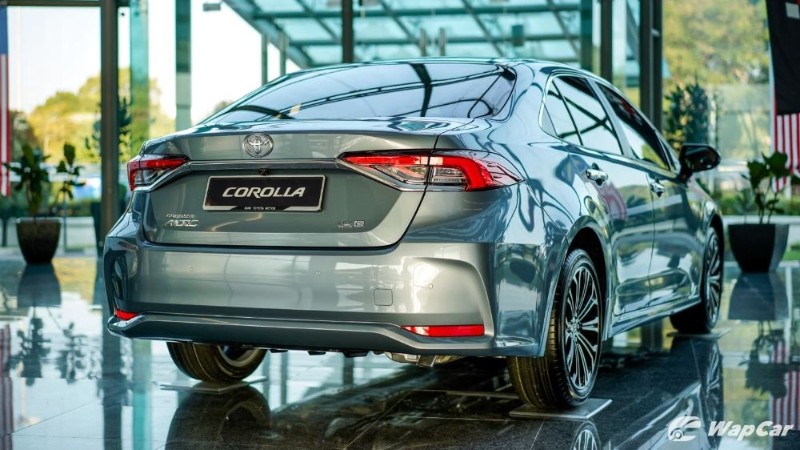 The latest TNGA-platform Corolla Altis is a highly competent product but fixing the damage to the Corolla nameplate (at least in Malaysia) will take more than a few years to complete.

The latest Toyota Corolla Altis has a lot going for it. It’s equipped with the best the CVT in the segment, much better than the Honda Civic’s. It feels more direct, responds better to hard acceleration/deceleration, has excellent shift logic and is extremely efficient. 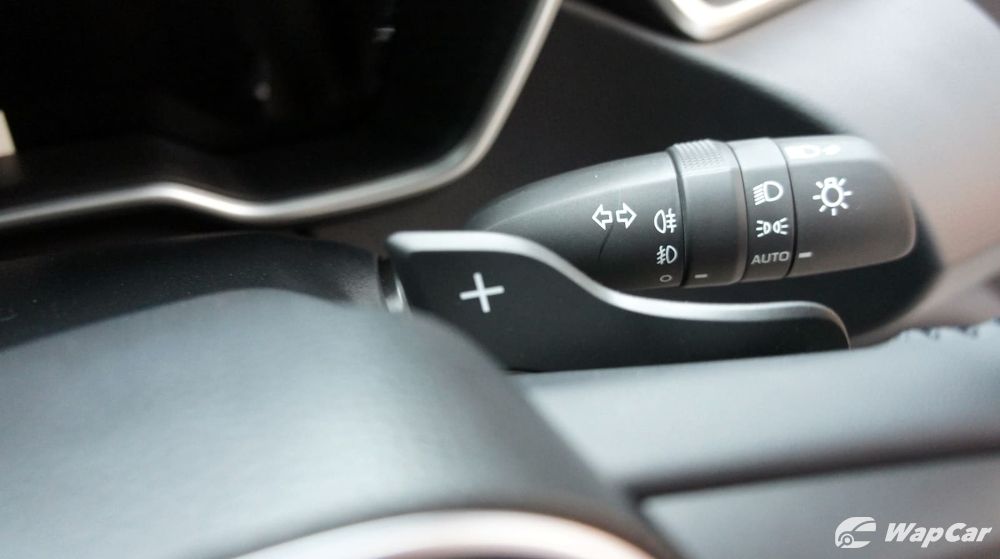 On hilly roads, the transmission is always at the right ratio. There’s paddle shifters but the shift mapping is so good that there is little need to use it. 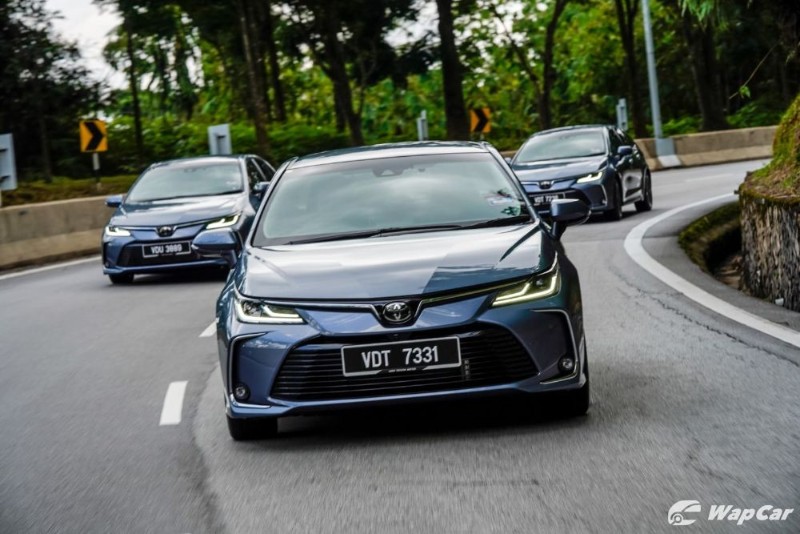 In terms of features, the Corolla Altis matches everything the Honda Civic offers, including the full suite of advanced driving aids (Toyota Safety Sense). 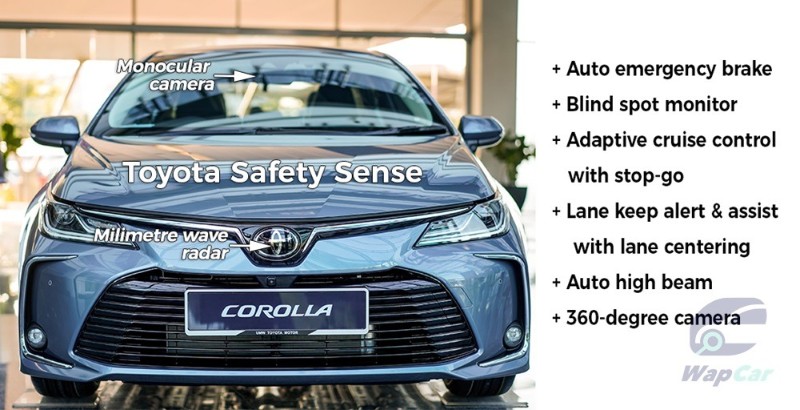 As a bonus, it even comes with 360-degree parking camera, which the Civic doesn’t have. 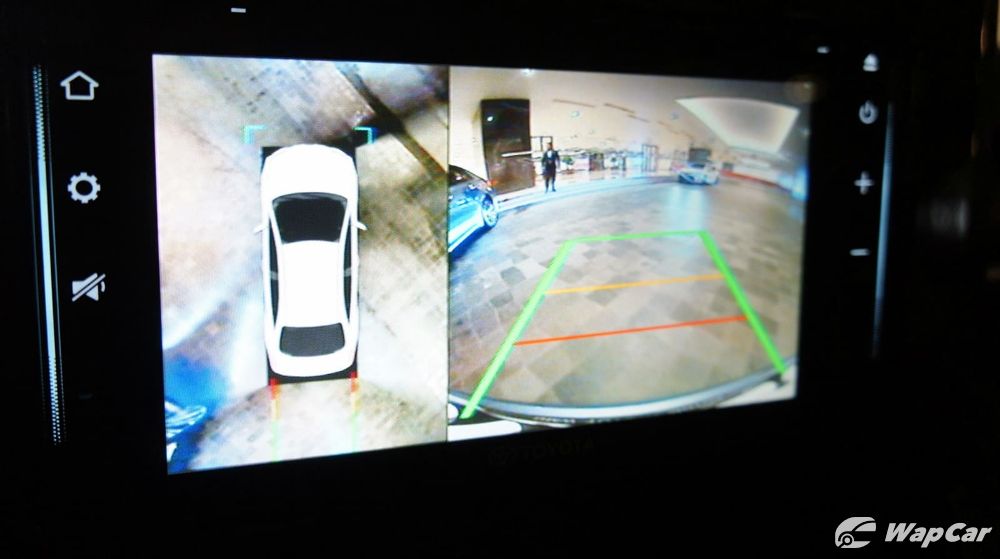 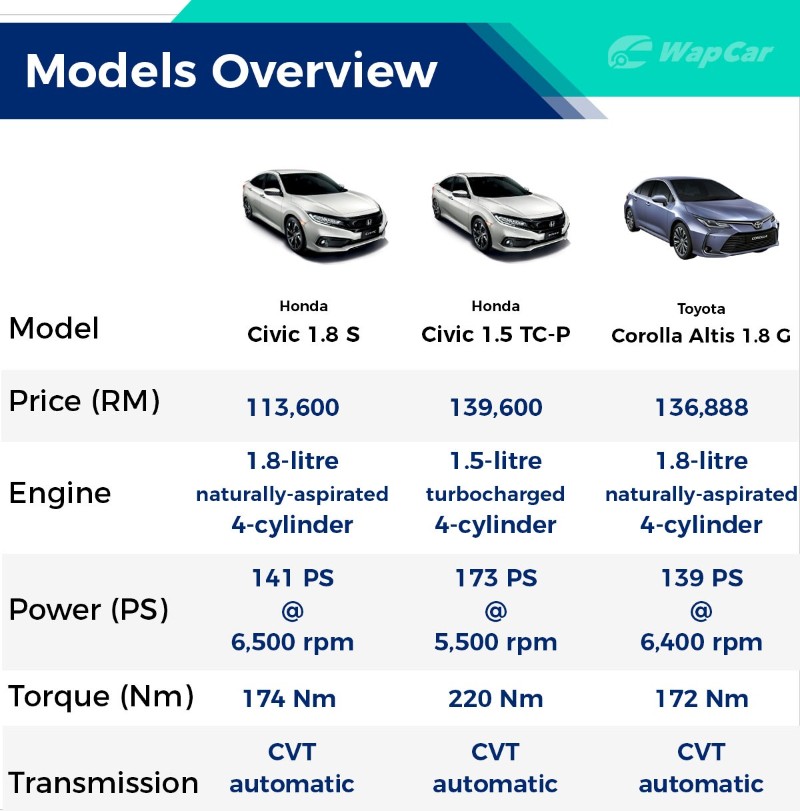 However, power output is not the Corolla Altis’ weakest point. Enthusiasts like us will of course want more power but we are also mindful that many car buyers don’t think like us.

For most users, the Toyota Corolla Altis’ driving performance is good enough. The 2ZR-FE Dual VVT-i engine is smooth, reliable, fuel efficient – everything that Mr. and Mrs. Normal living in Petaling Jaya cares about is well taken care. 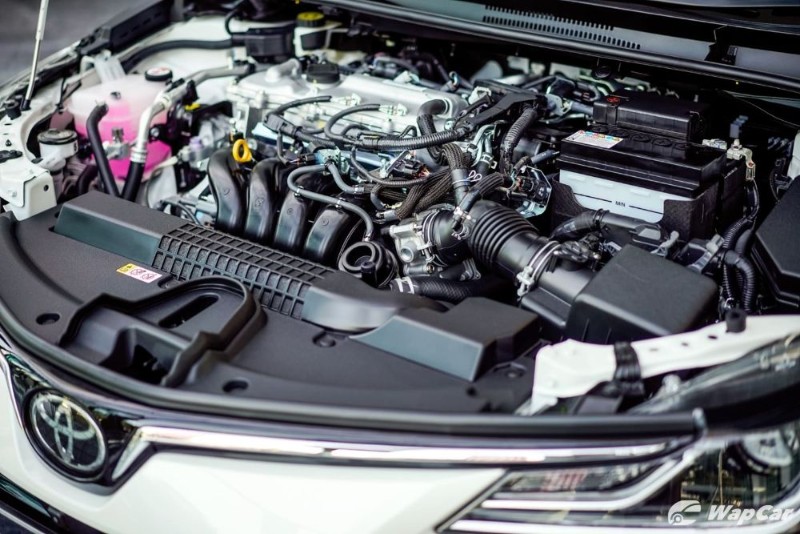 What Mr & Mrs Normal won’t like however, is the Corolla Altis’ tight cabin. To an average car buyer, practicality and interior space is far more important than power output and this is where buyers will begin to lose interest in the Corolla Altis and walk over to a Honda showroom to take a look at the Civic. 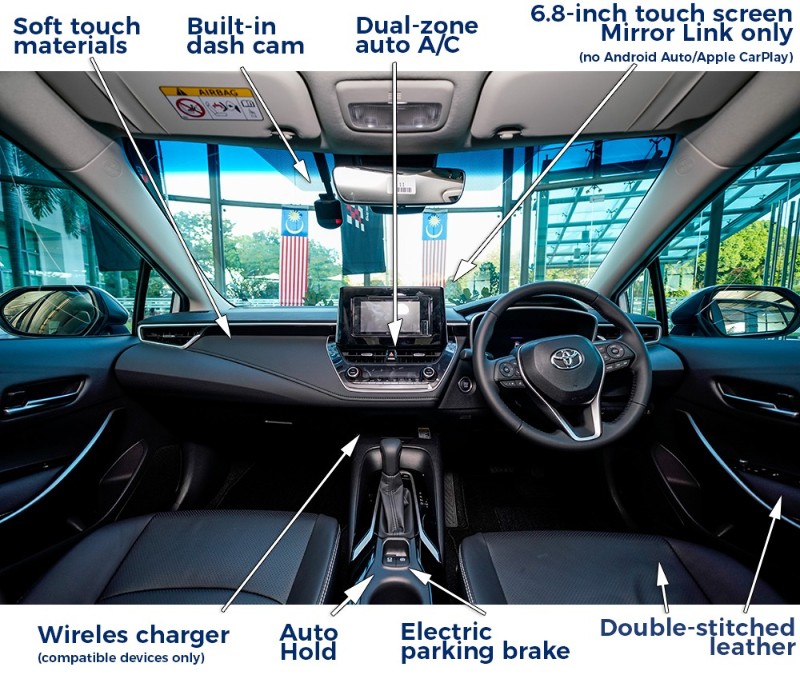 First impression matters and even before you test drive a Corolla Altis to appreciate its best-in-class CVT and handling, you will be put off by the tight cabin.

The Toyota Corolla Altis is a C-segment sedan but once you open doors, you start to wonder if the cabin is tighter than even a B-segment Honda City. Where did all the space go?

The rear seats is too tight to fit even three average size adults. The Corolla Altis is best used as a four-seater car. And people complain about the Mazda 3 being tight inside?

The cabin is not very practical either. Storage space is limited, and the tiny centre console box can barely fit anything else other than a small sunglass case. 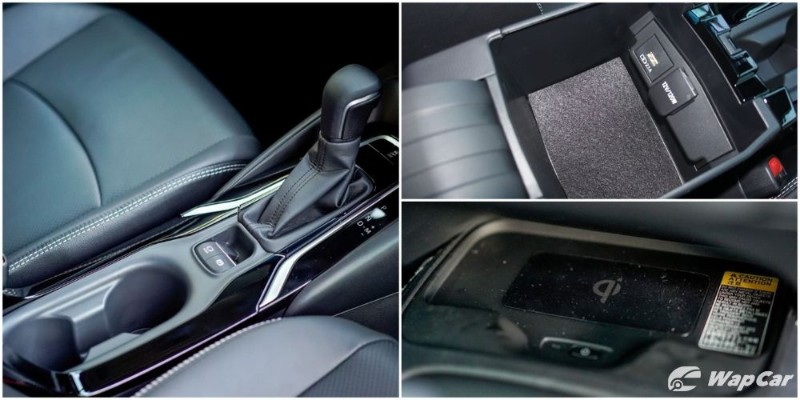 Instead, what could have been a practical utility bin is now taken up by a wireless Qi Charger for compatible smartphones. In theory it should be a good feature but unfortunately it’s useless in the real world because your phone will fall off the moment the car turns into a corner. What were the interior designers thinking? Do they even drive the cars they designed?

The infotainment is also bit disappointing. While the Honda Civic gets a flush fitting, Android Auto/Apple CarPlay compatible infotainment head unit, the 2-DIN head unit fitted in the Toyota Corolla Altis feels cheap and the thick bezels surrounding it betrays its after-market origin.

It doesn’t support Android Auto/Apple CarPlay either. Toyota says you can try using the USB mirroring function instead but that’s not the same. Mirroring is sensitive to the phone’s landscape/portrait orientation and you have to leave the screen on, thus draining the battery. You also can’t use Google Assistant voice control and WhatsApp voice dictation to read/reply messages.

So there you have it – the Achilles heel of the Toyota Corolla Altis is not its engine, because it actually drives pretty well for what it is. Instead, its weakest point is its cabin’s size and practicality – which is super important for a family sedan.

If a family sedan lacks having practical cabin, then what’s the point of buying it? The Civic is the king of this segment not because of its power, but its spacious and practical cabin. 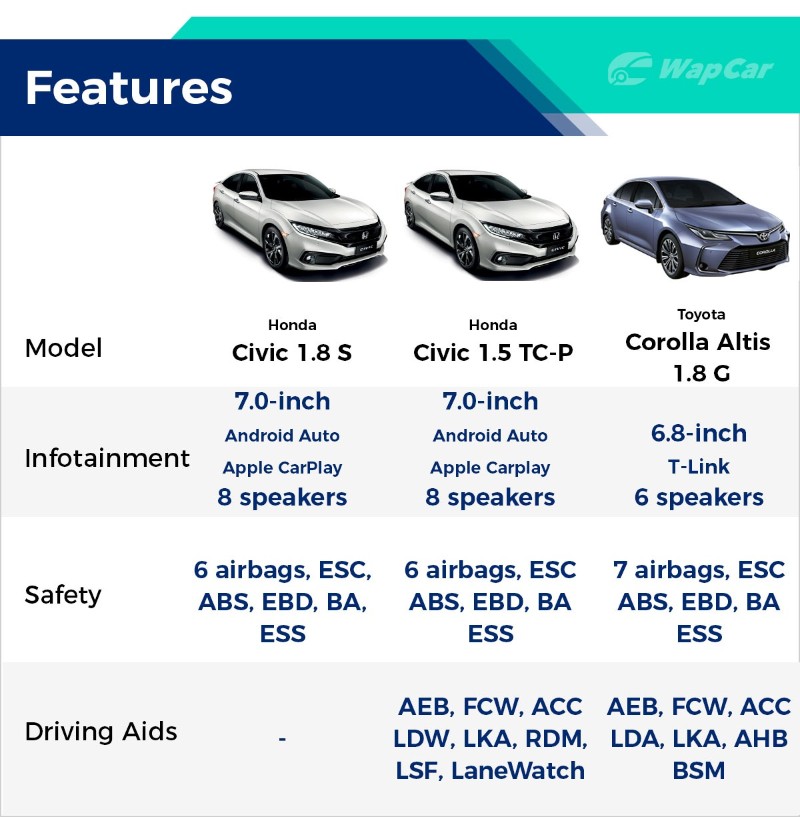 While fans rave about its power, most nearly 40 percent of Civics sold in Malaysia are the lower power output 141 PS/174 Nm 1.8-litre naturally aspirated variant, which isn’t that much faster than the Corolla Altis’ 139 PS/172 Nm, proving that the lack of a powerful turbocharged engine is not the biggest problem.

The Civic’s centre console box is easily three (maybe four) times the size of the Corolla Altis’. There’s a lot more storage bins around, the infotainment is better. It has better shoulder, leg, and head room too.

If there’s one problem with the Civic, it has to be lower sitting position, which makes it harder to get in and out of for some users. That and the quality of recent Honda models haven’t been as good as before, which you can be certain is not a problem with a Toyota.

As usual, there’s no perfect car. Ask yourself what your priorities are and decide accordingly.