Home > News > Geely Preface Concept: Could this be the next Proton Perdana?

Geely Preface Concept: Could this be the next Proton Perdana? 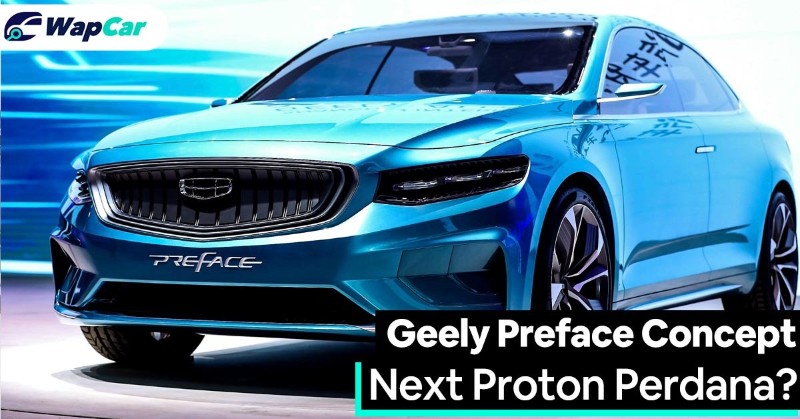 It is not secret that the current-generation Proton Perdana is a little long in the tooth – it was introduced back in 2016, and the model hasn’t received any significant updates throughout its model lifecycle.

One possible candidate to replace the Perdana is the Geely Preface Concept, which was showcased at the 2019 Auto Shanghai.

Built on the CMA platform that was co-developed with Volvo, the Geely Preface Concept is set to replace the Geely Borui as the company’s flagship sedan when it goes on sale in China later this year.

The Preface features an evolution of Geely’s “Expanding Cosmos” design language – its front grille now gets vertical slats, which differs from the current design.

Also seen on the Preface Concept are suicide doors and cameras that replace the side mirrors, though these features may not be carried over to the production version.

Specifications and details will only be announced when the production car is released later this this year.

With that said, would you put your money down if Proton offered the Preface Concept as the new generation Perdana?