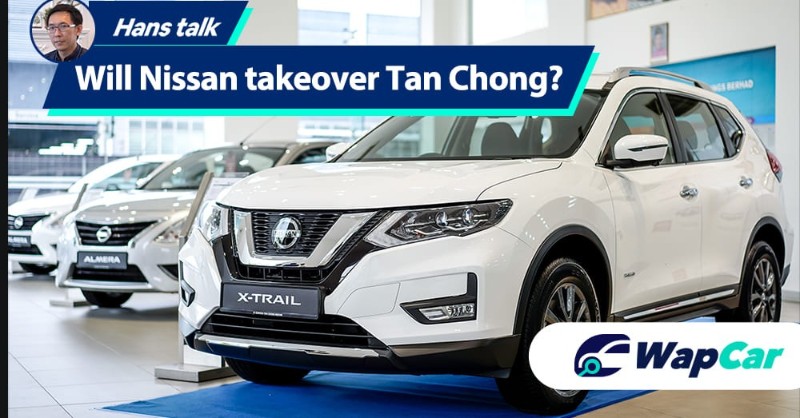 The Tan Chong Motor Group is the oldest surviving motor vehicle trading company in Malaysia. Established in 1957 as a distributor of Nissan (then known as Datsun) vehicles, the company is as old as Malaysia itself. 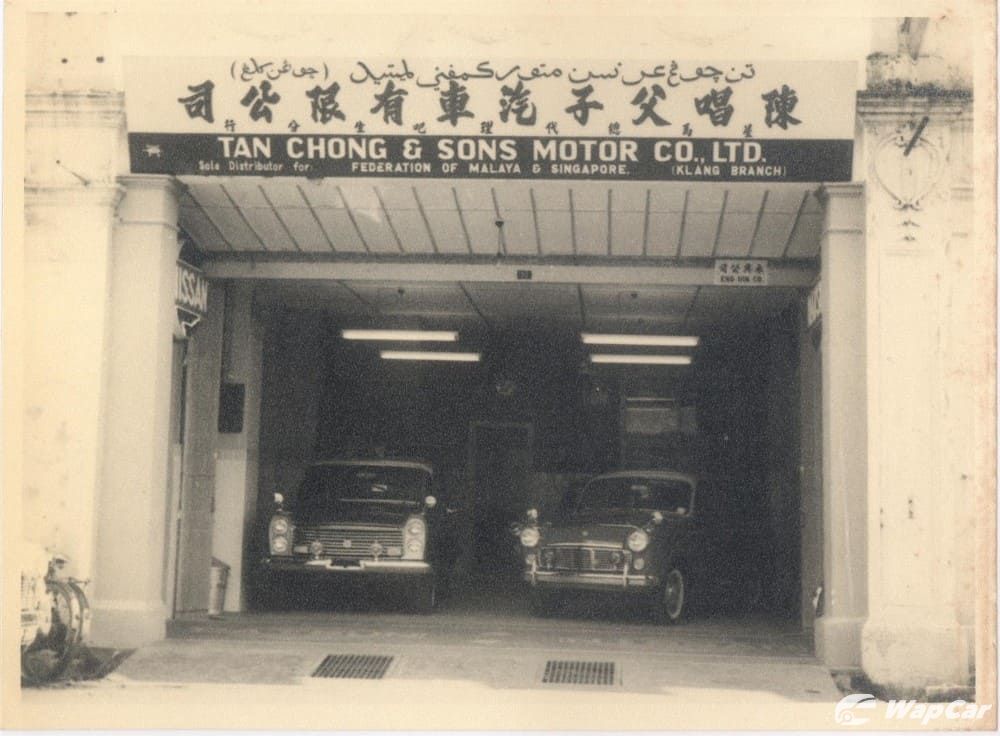 Today, Cycle and Carriage is headquartered in Singapore and since 1999, it has ceased to be an independent company, having been acquired by the Hong Kong-based Jardine Matheson group. 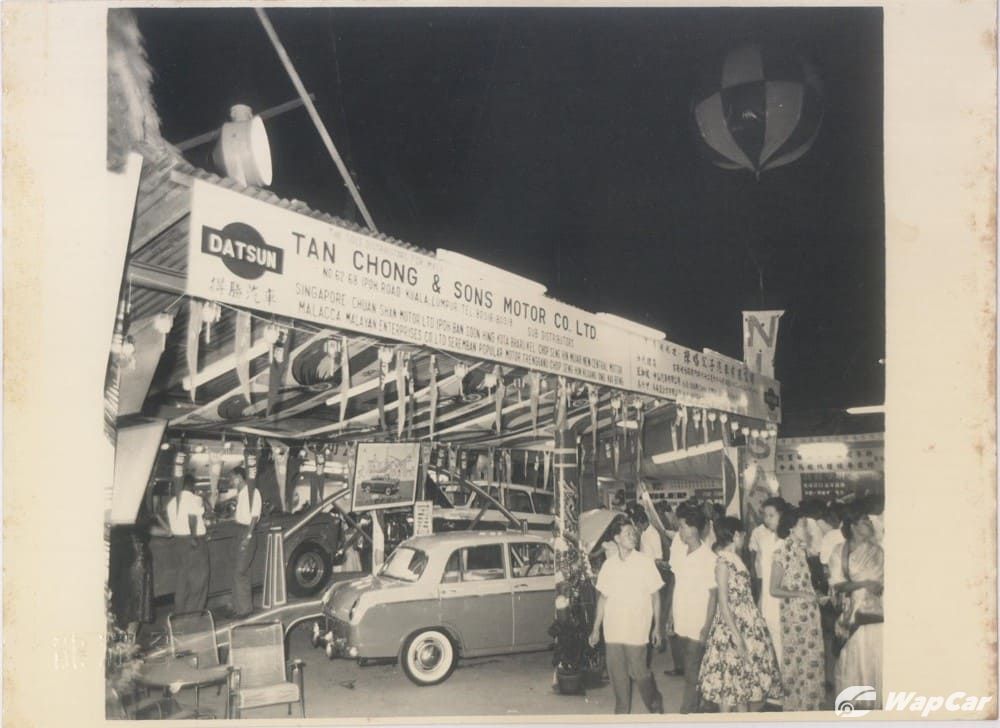 At its peak more than 30 years ago in the ‘70s and ‘80s, Tan Chong propped up Nissan as the No.1 car brand in Malaysia. Kah Motor’s Honda and Borneo Motor’s Toyota all played second and third fiddle behind Tan Chong’s dominance.

Nissan’s decline began in the late ‘80s, when the Sunny was undercut by the cheaper, tax-deducted Proton Saga.

By the mid ‘90s, Borneo Motor’s contract with Toyota had expired and Toyota Motor formed a joint venture with UMW Holdings to form UMW Toyota Motor.

Not very long after that, Honda Malaysia was formed, taking away the distributorship rights from Kah Motor, which continues to operate as a Honda dealer.

Since then, both Toyota and Honda pushed ahead and overtook Nissan to gain the top-two spots in the non-national brands sales charts. 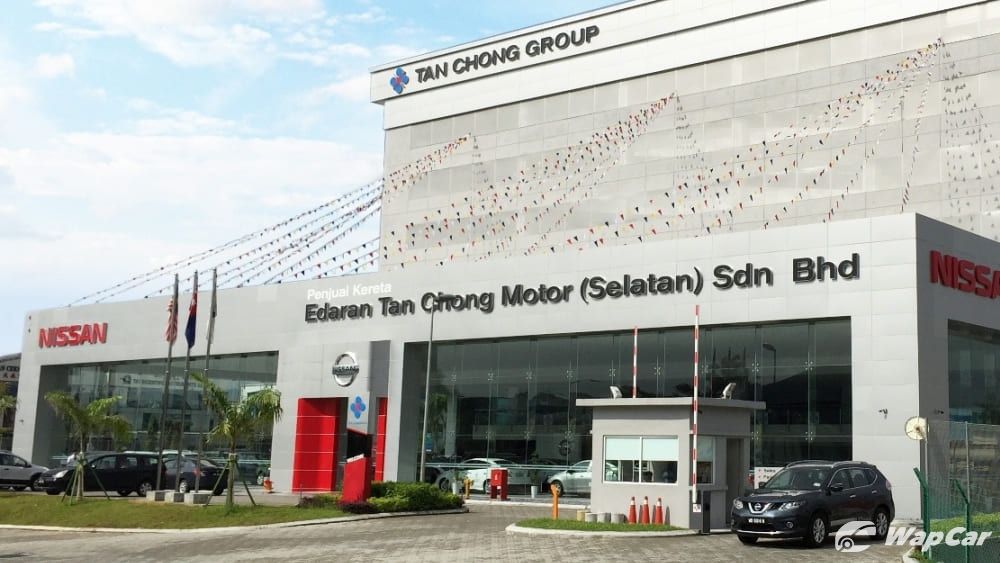 At the surface, it’s easy to come to the conclusion that the Tan Chong group is not doing a good enough job in representing Nissan.

A common complaint among consumers is that Nissan’s product line-up is stale, populated by models long past their prime.

New Nissan models take very long to arrive in Malaysia, years after our neighbours Thailand and Indonesia have launched theirs, and when the new models are finally launched here, the features are below expectations.

The assumption is that if the Malaysian business is managed directly by Nissan themselves, the Nissan brand will do better – new models will be introduced faster, better features, better marketing, better everything. But is it that simple?

When a company enters a foreign market and decides to appoint a local party to represent them rather than jumping two feet in themselves, it’s usually due these few reasons - the local company knows the local market better, has a better network of retail channels, is able to handle government relations better, and more importantly, they can do it cheaper.

Malaysia is a small market. Even though our market sells around 600,000 cars each year, 60 percent of it go to Proton and Perodua. The market potential is just too small for a big company like Nissan, which obviously operates at a much higher cost, to devote resources to.

Simply put, the returns from Malaysia are not attractive enough for Nissan. Other companies might see things differently but each company have their different priorities and objectives.

Across the Straits of Melaka, Nissan thought they could do a better job by managing the growing Indonesian business themselves. Indonesia’s car market is the largest in ASEAN, selling over 1 million cars each year, and the playing field is fairer, with no national cars to contend with.

It was an easy decision to make, or so they thought. In 2001, Nissan took over the distributorship rights from PT Indocitra Buana, which had been representing Nissan in Indonesia since 1986, to form PT Nissan Motor Indonesia (NMI).

But the results weren’t any better. NMI lost even more market share to Honda and Toyota. The business plummeted and results were much poorer than when it was under Indocitra Buana.

NMI’s strategy to use the low-cost Datsun brand to penetrate the low-cost car segment dominated by Suzuki and Daihatsu was also a flop. The Datsun Go and Go+ never quite took off.

In 2019, NMI ended the year in Indonesia with just slightly over 12,000 cars sold. That’s even worse than Malaysia! Remember that Indonesia’s car market is nearly twice the size of Malaysia.

All Nissan models failed in Indonesia. Not a single model had a commanding position in any segment.

Even after including the underperforming Datsun brand, NMI ended 2019 with 18,789 cars sold. Those figures made Tan Chong looked like an overachiever, especially when you consider that Tan Chong has to sustain the business with less resources, operating in a more competitive but smaller market in Malaysia.

Remember that Tan Chong has to deal with Malaysia's lopsided tax structure, as well as arbitary changes in tax regulations.

This month, Nissan will cease making cars in Indonesia. Production of the Nissan Livina has been transferred to Mitsubishi – a sister company within the Renault Nissan Mitsubishi Alliance.

Nissan isn’t any more successful in Thailand, which is also managed directly by Nissan Motor Co. Ltd. themselves.

Despite having a wider product line-up, Nissan Motor Thailand sells less cars than Mitsubishi, which is quite embarrassing because Mitsubishi doesn’t have a B-segment model like the Nissan Note, no longer sells the Lancer to match Sylphy, doesn’t have a D-segment model to match the Teana, no monocoque SUV to match the X-Trail (Outlander is not sold there) and has no commercial vans like the NV 350.

How hard must you work to succeed in offering a wider product range, and still manage to sell less cars?

If Nissan isn’t proactive enough in developing competitive products, supporting its local distributors by giving better wholesale prices, there isn’t much that the local distributor like Tan Chong is able to do.

Knowing that it just can’t crack this region on their own, Nissan is now relying on the Tan Chong group so it can expand into the Indochina region of Vietnam, Laos and Cambodia.

It’s a love-hate relationship. There was a legal tussle between Nissan and Tan Chong over disagreements on distributorship rights for imported Nissan models in Vietnam but a separate agreement to locally-assemble Nissan vehicles in Vietnam, under TCIE Vietnam Pte Ltd, remains intact.

Tan Chong has now teamed up with An Tam Construction and Trading Co Ltd (Antaco Vietnam) to jointly carry out more construction projects in the region, from expanding its manufacturing plants to building more warehouses and other logistics facilities - arrangements that would have been harder for Nissan to execute.

The poor performance of Nissan’s sales in Malaysia is just reflection of a wider malaise affecting Nissan, as much as it is regarding Tan Chong’s old ways of doing business. For example, Tan Chong still follows an outdated 5.5 days working week, which limits the company’s ability to attract brighter talents.