Home > News > Honda BR-V – why it’s so much more comfortable than the Perodua Aruz?

Honda BR-V – why it’s so much more comfortable than the Perodua Aruz? 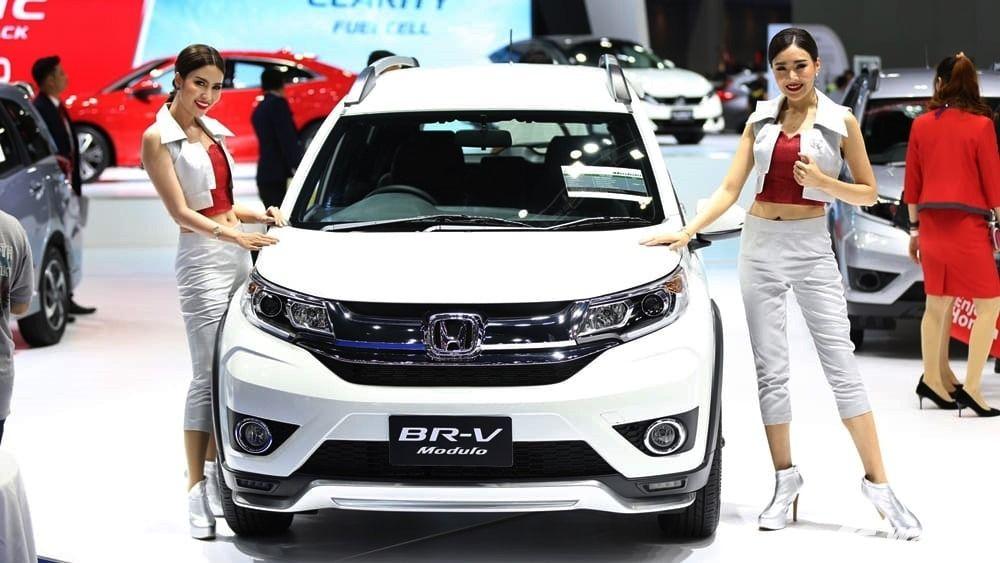 The Honda BR-V is already quite far along into its model life. It was launched in January 2017 and a mid-life facelift has already been introduced in Thailand and Indonesia earlier this year, but not Malaysia. 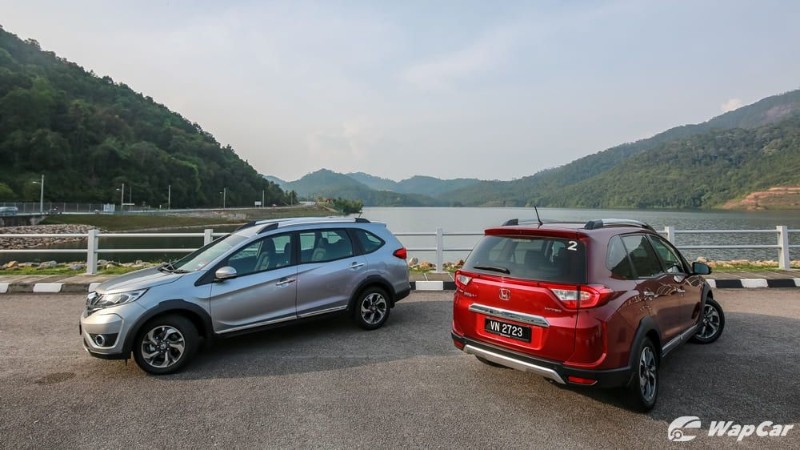 With the current delay in price approvals by the government for many locally-assembled models, we don’t expect the new Honda BR-V to be introduced anytime soon. At least not until the delays for the new Honda Civic is resolved.

So should you still consider the aging Honda BR-V then? At the moment, there aren’t many credible alternatives to the Honda BR-V. 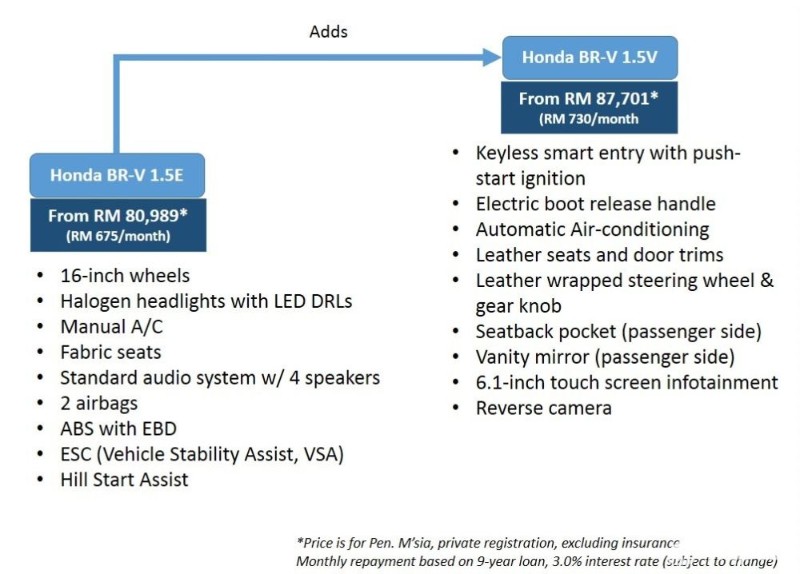 The Perodua Alza might be cheaper but it is even older. The newer Perodua Aruz offers very good value and comes with even more safety features than the Honda BR-V  - six airbags and autonomous emergency braking (Perodua calls it Advanced Safety Assist or ASA) included – but it’s not as comfortable or as fuel efficient as the Honda BR-V.

The closest rival to the Honda BR-V is actually the Mitsubishi Xpander, also a seven-seater MPV disguised as an SUV. Like the Honda BR-V facelift, the Xpander’s local launch is also facing the same delays at the government’s end.

Until then, the Honda BR-V will be compared most intensely against the Perodua Aruz, simply because the Perodua offers a lot for very little money.

However, the Honda BR-V counters by offering a more well-balanced handling and a ride that’s most comfortable than any of its peers.

This is mainly because the BR-V’s underpinnings are derived from a sedan/hatchback, versus the Perodua Aruz, which is essentially a re-bodied Toyota Avanza, itself not the last word in comfort and handling.

In other words, the basic building blocks of the Honda BR-V has granted it an inherent advantage over the Perodua Aruz.

The front-quarter of the Honda BR-V is taken from the Honda Jazz/City, sharing the similar looking dashboard, side mirrors, steering wheel. 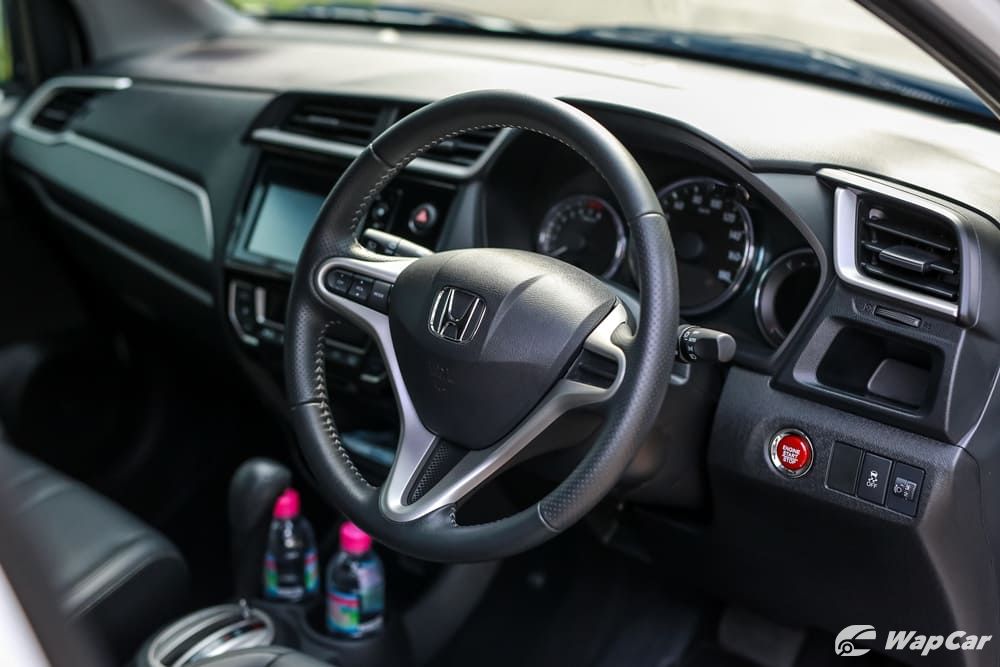 As for the bits that are hidden from view – the engine bulkhead and 1.5-litre i-VTEC and CVT front-wheel drive powertrain is also shared with the Jazz/City. 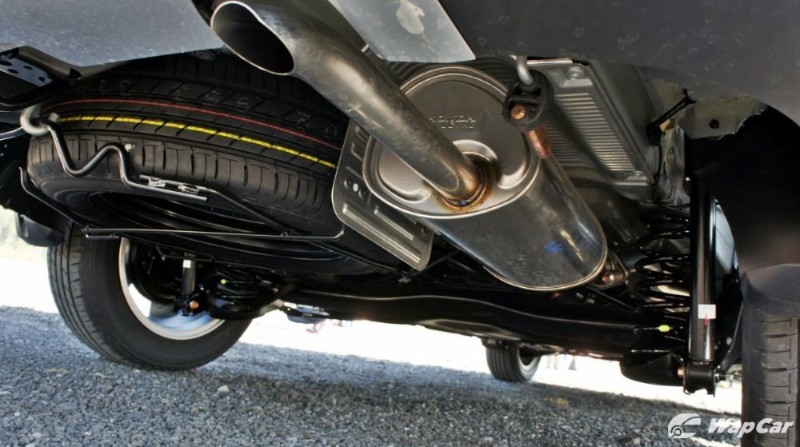 The rear-quarter features a new subframe designed exclusively for the BR-V so it can accommodate a more comfortable riding rear suspension.

The rest of the car is mix of parts taken from the Honda Mobilio as well as the Honda Brio. The former is a seven-seater MPV while the latter is an A-segment hatchback that’s about the size of a Perodua Axia, both are sold in Thailand and Indonesia but not here.

Although the Perodua Aruz uses an even more sophisticated multi-link rear suspension versus the Honda BR-V’s lower cost torsion beam, the Perodua doesn’t ride any better, mainly because the rear-half of the Perodua Aruz uses ladder frame chassis construction, which is excellent for carrying 7 passengers across rural Indonesian roads, but not so if you are driving along our North South Highway.

Strip the Perodua Aruz apart, you will find its chassis features an odd mix of monocoque in the front half, and ladder frame in the rear half, similar to a passenger car-based pick-up like a Proton Arena.

Ladder frame construction is great for durability and carrying heavy loads, but it doesn’t do much for handling and ride comfort.

A passenger car-like monocoque chassis like the ones used by the Honda BR-V offers better rigidity, and thus better control over the suspension and steering.

A monocoque chassis is also lighter, thus making the vehicle more fuel efficient. Compared to the Aruz, the BR-V is around 100 kg lighter.

This might sound hard to believe, but the Honda BR-V is actually more comfortable than a Honda City. 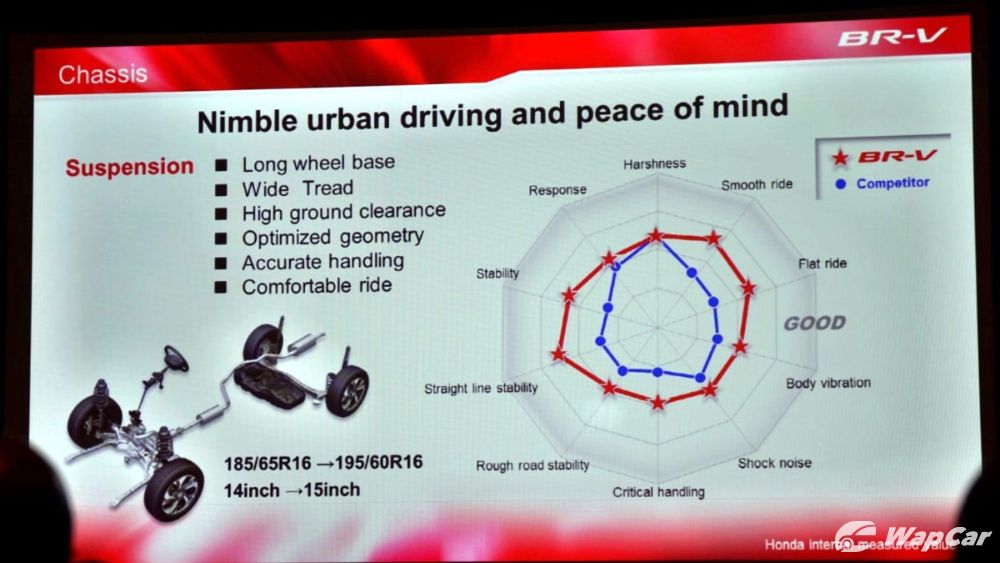 Why? Because it has a wider track width and a longer wheelbase, both of which are greater than the Honda City’s thus allowing Honda’s chassis engineers greater flexibility in controlling unwanted movements.

As a locally-assembled model, the Honda BR-V’s dampers have also been adapted to suit the needs of our local driving conditions.

The rear air-conditioning blower is also unlike what’s commonly used by seven seaters below RM 100k. Instead of a usual blower that merely sucks in cold air from the front to the rear, the Honda BR-V’s rear blower includes an evaporator inside for better cooling performance. 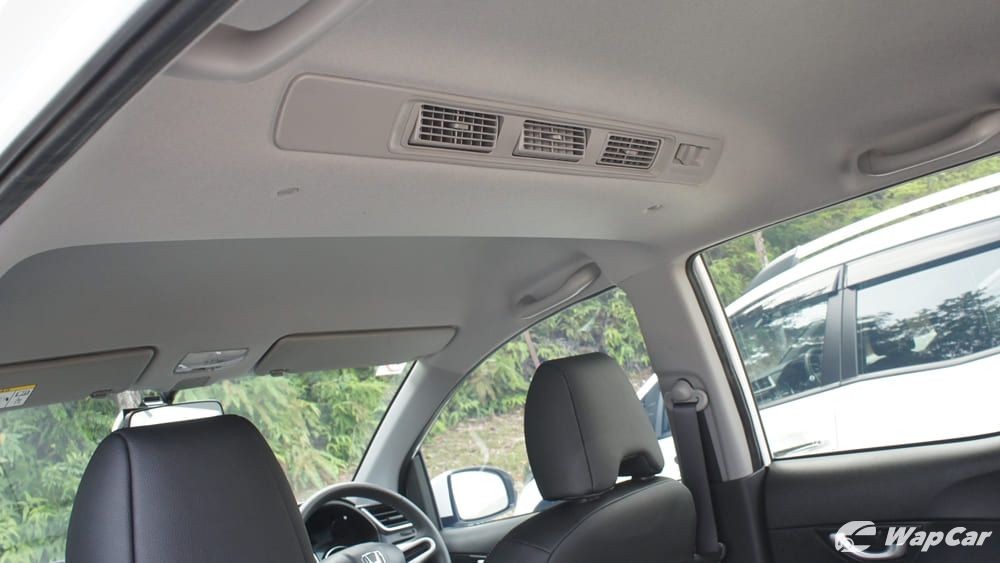 It’s not a cheap solution as it requires running pipes from under the front passenger’s seat and up the B-pillar.

In summary, the Honda BR-V’s product offerings are pretty well balanced. On paper, it lacks curtain and side airbags, and doesn’t come with driving aids like the Perodua Aruz.

However, it does better at covering more aspects of a family’s needs, making it a better all-rounder.