Home > News > Honda Civic vs Mitsubishi Triton – Which is easier to clear a tight U-turn?

Honda Civic vs Mitsubishi Triton – Which is easier to clear a tight U-turn? 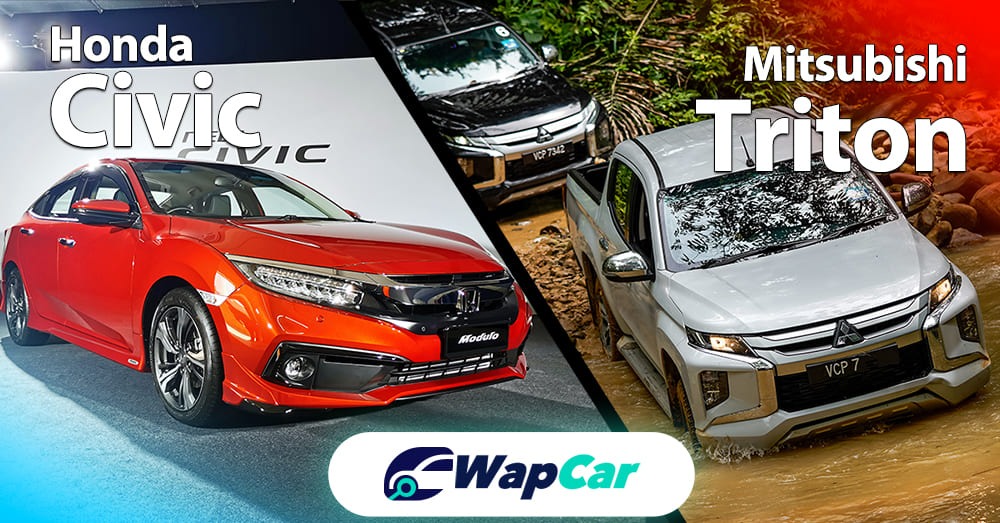 One is a C-segment family sedan. Another is a go-anywhere pick-up truck. At a glance, you would think that the Honda Civic will be easier to park, simply because it’s smaller and will be less of a handful in tight parking than the big and tall Mitsubishi Triton

Well that it is still true. The Mitsubishi Triton, being a pick-up truck, is of course longer and wider than the Honda Civic, but you will be surprised to know that the difference in maneuverability isn't as much as you think. 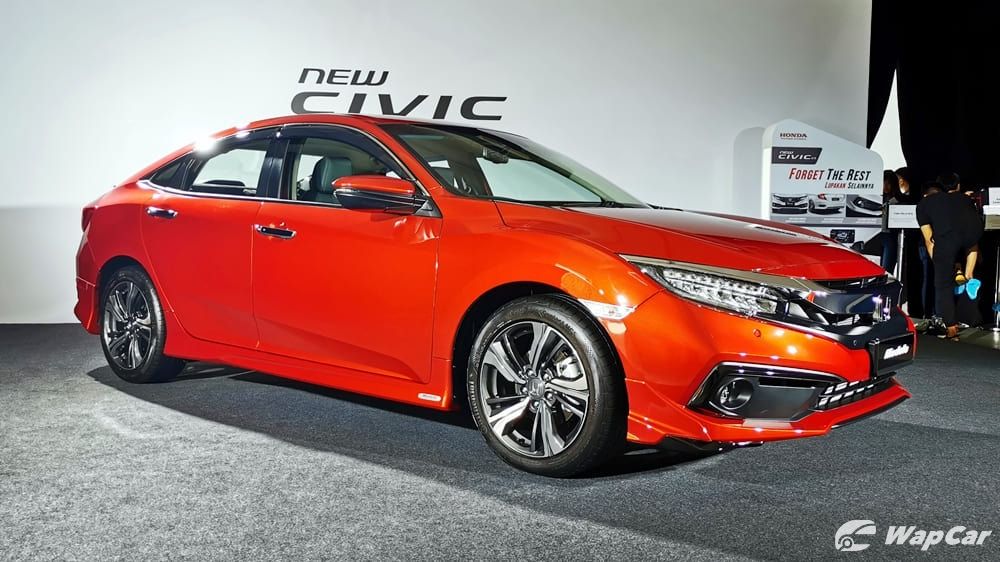 Here’s why: The Mitsubishi Triton’s turning circle’s radius is 5.9 metres. Guess what’s the number for the Honda Civic? 5.9-metres.

Yes, the Mitsubishi Triton has the same turning radius as a Honda Civic. How is that so? 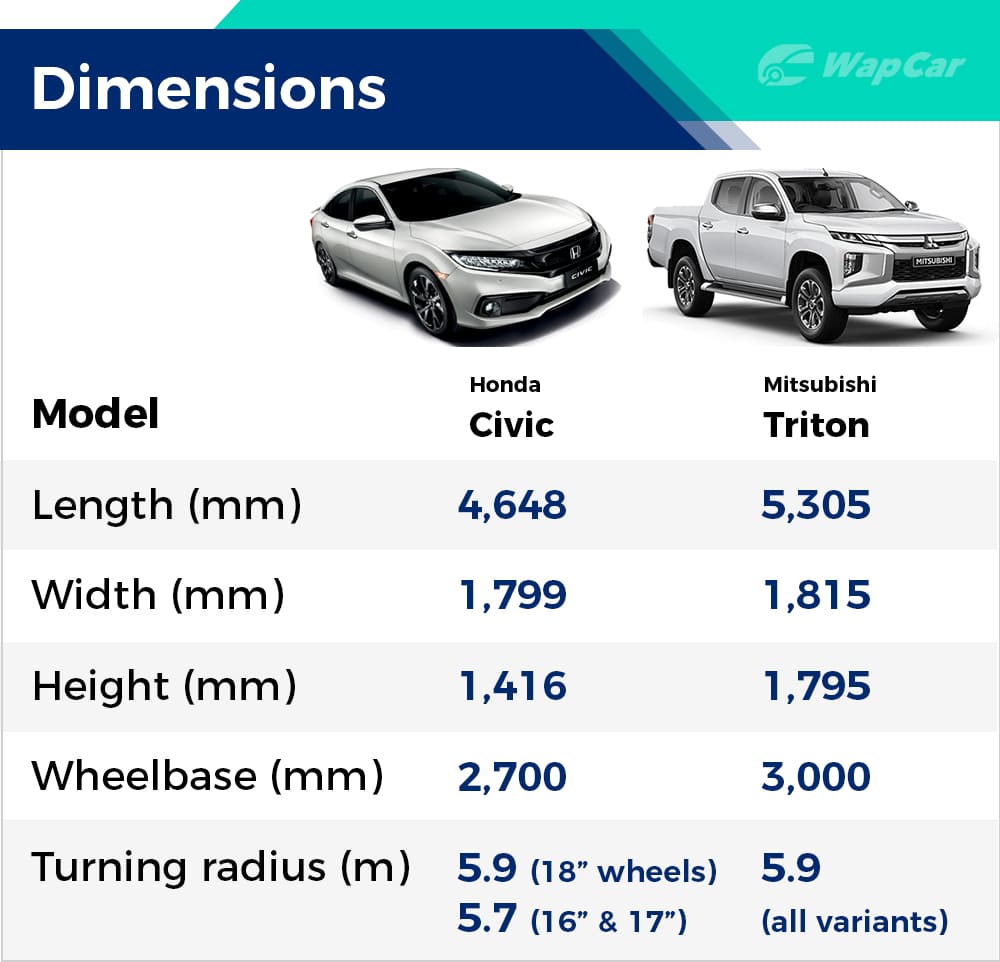 Well we are comparing two extremes in their respective segments. The Mitsubishi Triton has a ridiculously tight 5.9-metre turning radius. In fact it’s the best in the pick-up segment. 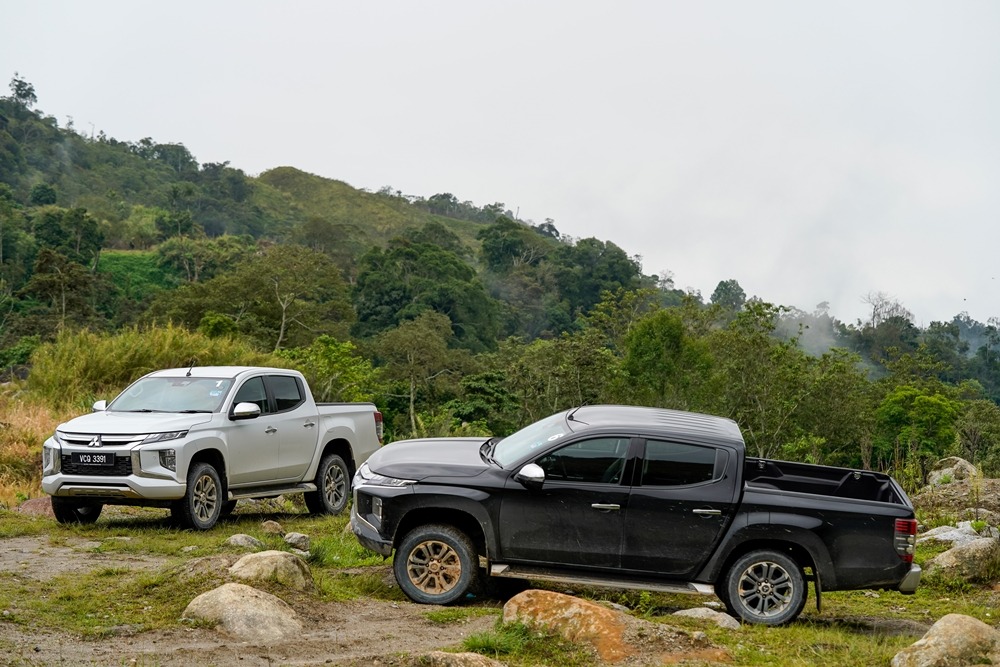 The Mitsubishi Triton's chief rival Toyota Hilux for example, has a turning radius of 6.4-metres. You are going to have to climb over kerbs rather than clearing the U-turn properly. 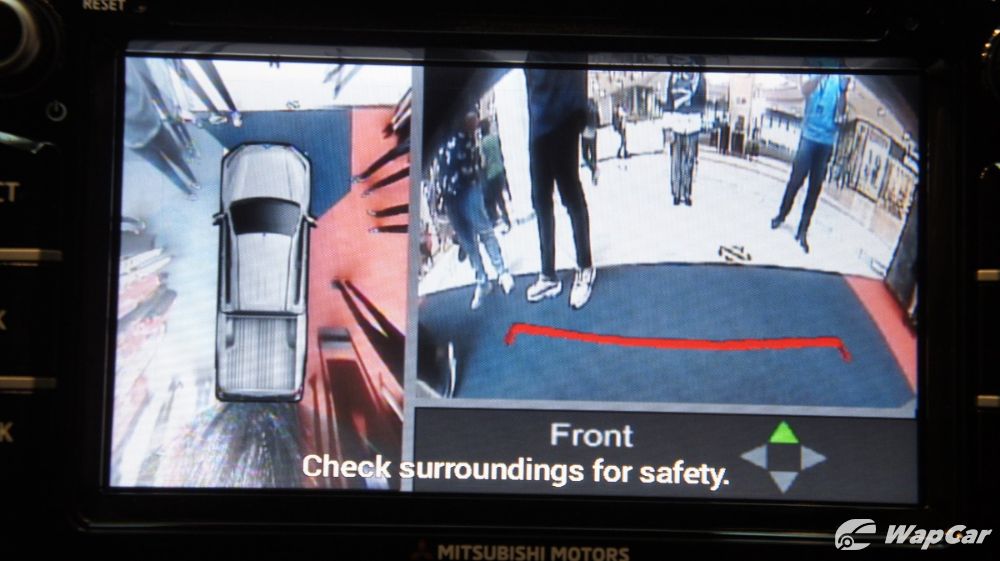 Depending on variant, the Triton can also be had with a 360-degree parking camera.

Meanwhile, the Honda Civic is the king in the C-segment class. It has an edge over the Toyota Corolla Altis in nearly every aspect but…, its turning radius is one of its weak points. It’s quite big even when judged by the standards of a C-segment sedan. 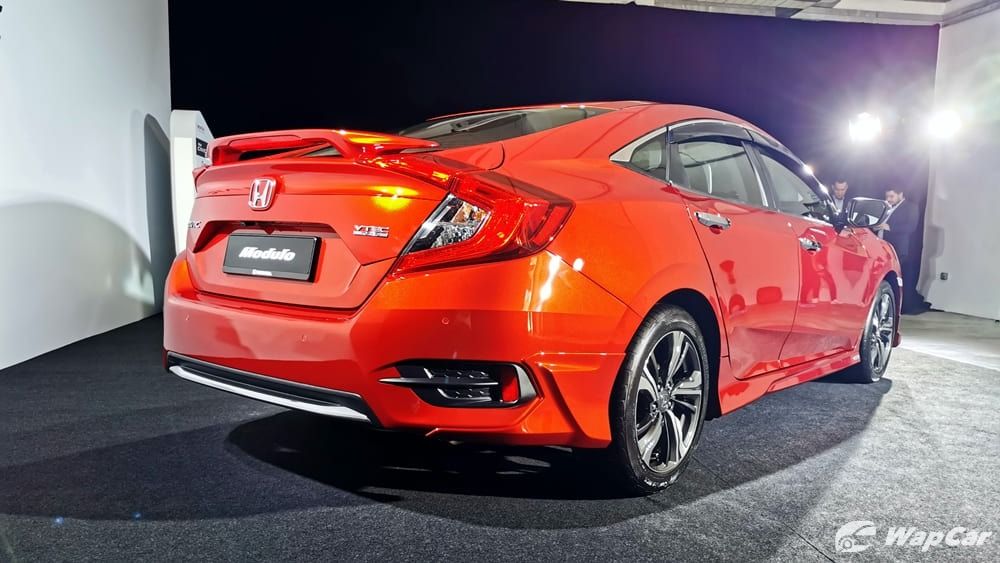 A Toyota Corolla Altis for example, has a turning radius of 5.2-metre. A regular Civic with 16-inch or 17-inch wheels fitted on the 1.8S and 1.5 TC variant respectively, needs 5.7-metre to complete the same U-turn. The top range 1.5 TC-P variant with 18-inch wheels however, needs an even bigger 5.9-metre radius.