Home > News > Honda HR-V vs Subaru XV vs Toyota C-HR vs Mazda CX-3: Which is best for you?

Honda HR-V vs Subaru XV vs Toyota C-HR vs Mazda CX-3: Which is best for you? 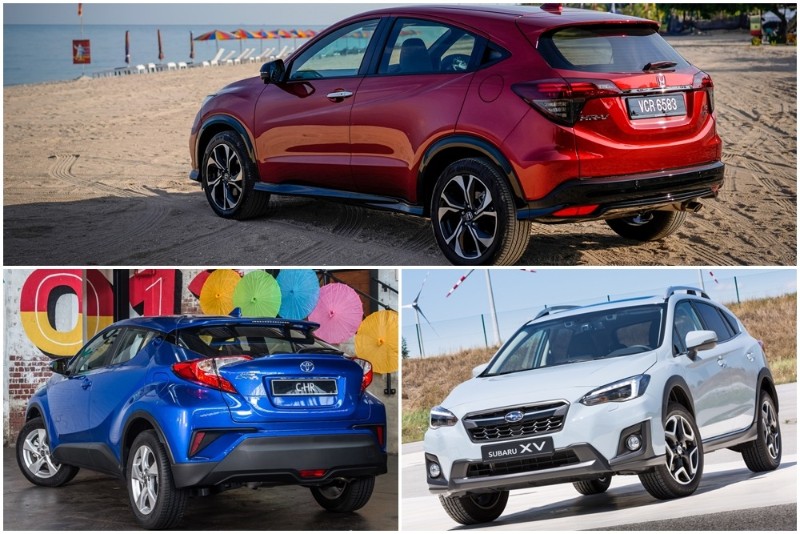 A cross between a traditional hatchback and a tall riding SUV, the so-called crossover segment is now the fastest growing segment in Malaysia. Buyers like the taller seating position offered by such cars because it’s easier to get in/out, and offers a more commanding view of the road ahead. However because crossovers are smaller than a traditional Honda CR-V class type of vehicle, it’s easier to park and cheaper to refuel, thus making such cars ideal for urbanities.

The segment is overwhelmingly dominated by the Honda HR-V. Here’s a quick summary of the pros and cons of the HR-V, comparing it against its rivals: 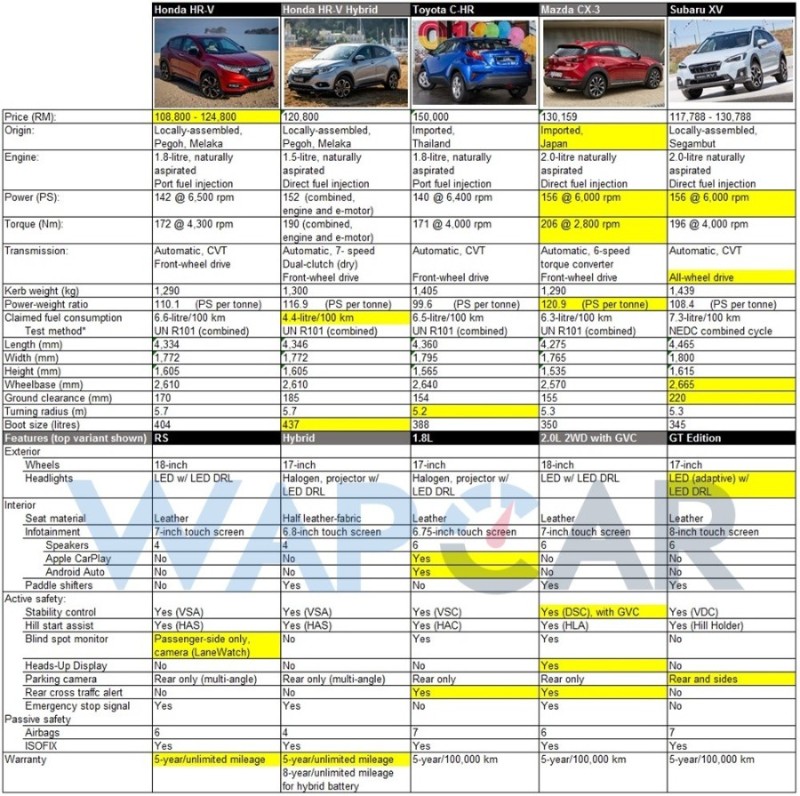 In short, the HR-V is an obvious choice for many because it’s the most competitively priced and it’s also the most practical. It does everything that the majority of customers expect their daily car to do. 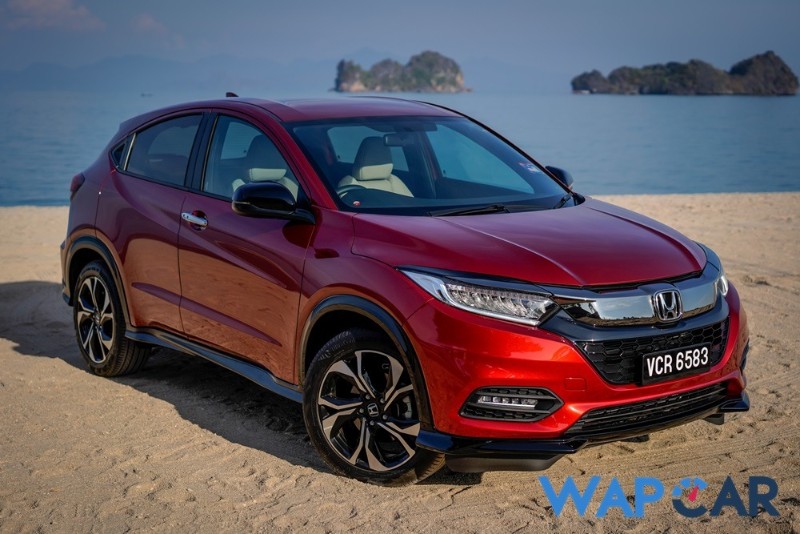 Like everything else in life, it has its own set of flaws – poor user interface of its infotainment and the poorly placed USB port (relative to storage space for your smartphone) are the biggest drawback of the HR-V. 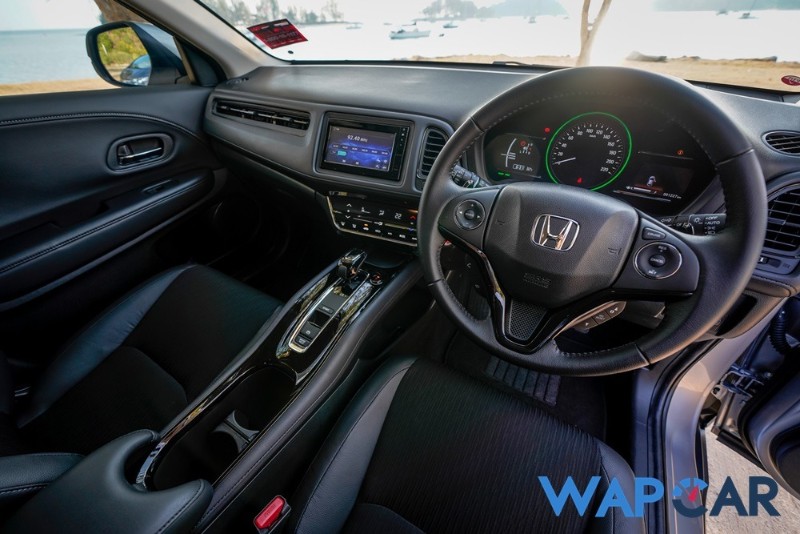 Aided by a high torque electric motor, the HR-V Hybrid actually drives a lot better than its engine specification suggests but it’s ultimately let down by its poorer set of features when compared to the non-hybrid variants.

On paper, the Mazda CX-3 is lighter and has a more powerful engine. Theoretically, the Mazda should be the better car to drive but it’s the HR-V Hybrid that feels more responsive in real-world driving, thanks to the instantaneous torque delivery of the electric motor. 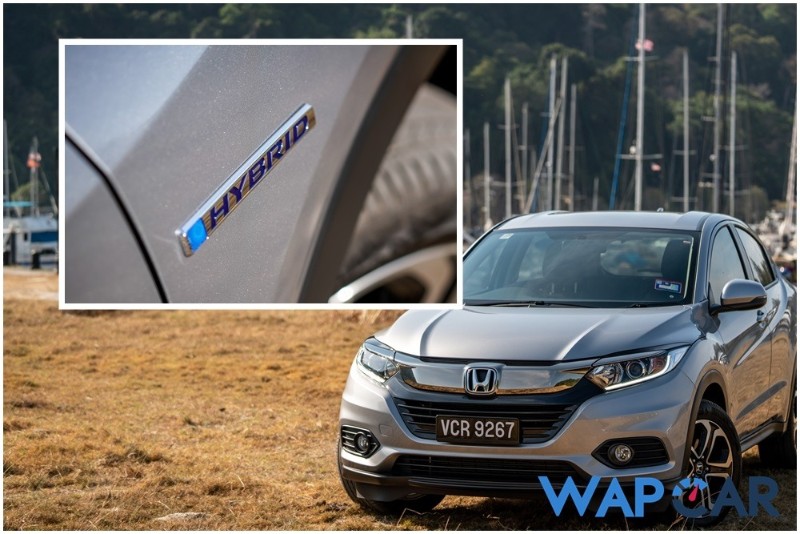 The added performance also doesn’t come with any compromises in practicality and it still rides with reasonable levels of comfort, although the amazingly well-balanced Toyota C-HR still has the upper hand in this aspect.

However, customers will have to accept a lower set of features that’s more similar to the entry HR-V 1.8E variant rather than the range topping RS variant.

The Toyota handles really well too – credit to the all-new TNGA platform. For a Toyota to trump a Mazda in ride and handling is quite unusual because Mazda cars are famed for their driver-centric and agile character. 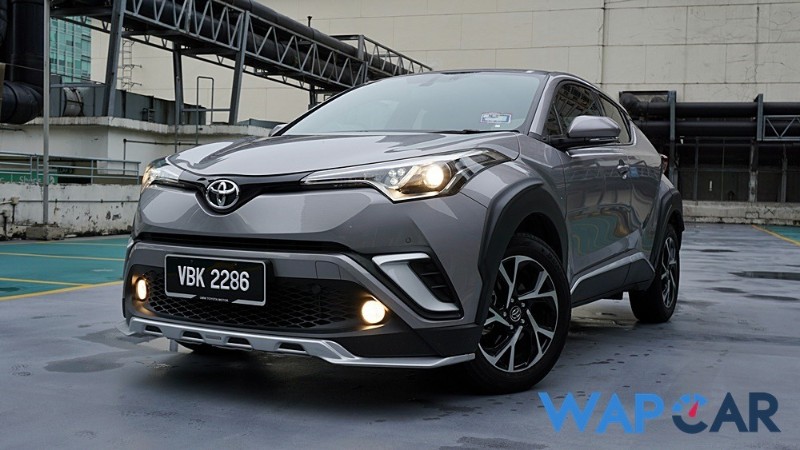 As good as the chassis is, the C-HR’s styling is a bit too controversial for some but the counterpoint is that the C-HR’s unconventional styling is the whole point of the car’s appeal – it’s supposed to be the anti-thesis of the more traditionally-styled Honda HR-V.

The C-HR’s cabin may seem tight but it’s an illusion caused by the tiny rear windows. Inside, the C-HR is nearly as spacious as the Honda HR-V but it lacks the HR-V’s finer touches like Ultra Seats, which allows the HR-V to swallow more cargo than cars from one segment above it. 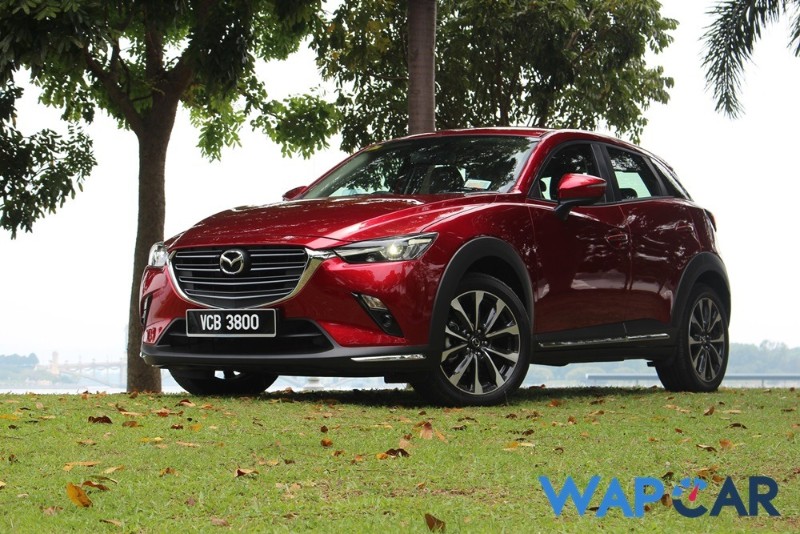 Although the Mazda may have been trumped by the C-HR, it’s GVC feature works like a charm in reducing driving fatigue and motion sickness. In the city, the benefits of GVC Plus may not be very apparent but it’s magic is noticeable after a quick drive up twisty mountain roads. 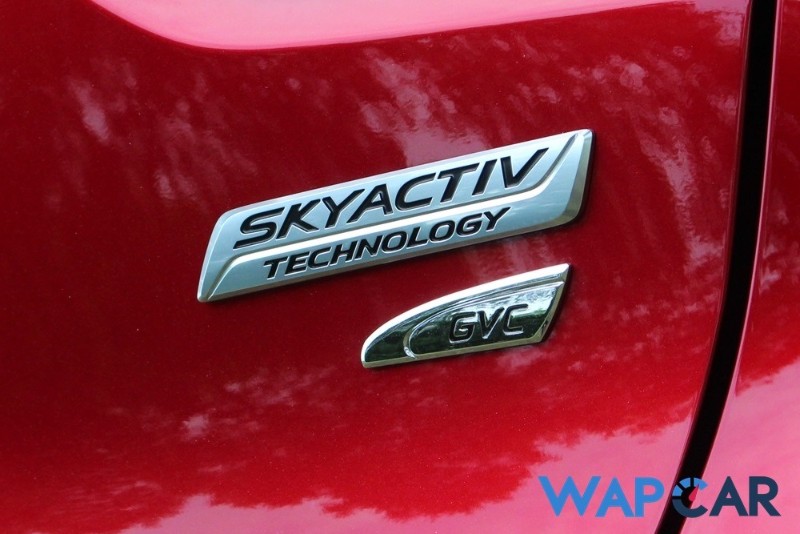 GVC works by constantly making very minor adjustments to the engine’s ignition timing to counter the shift in the car's weight balance as it goes through corners - the end result is that your body and head will experience less sideways motion, which means less motion sickness and driving fatigue. 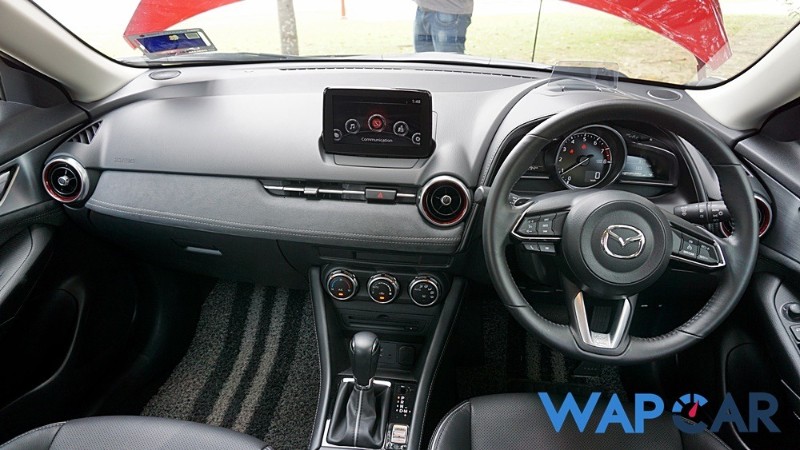 While it handles well, the CX-3 is essentially a taller riding Mazda 2 that’s been fitted with a bigger 2.0-litre engine. The seating position and controls are closer to that of a small Mazda 2 but because the car’s ride height has been increased, the CX-3’s subjective driving experience can be rather odd, even though objectively, it drives very well. 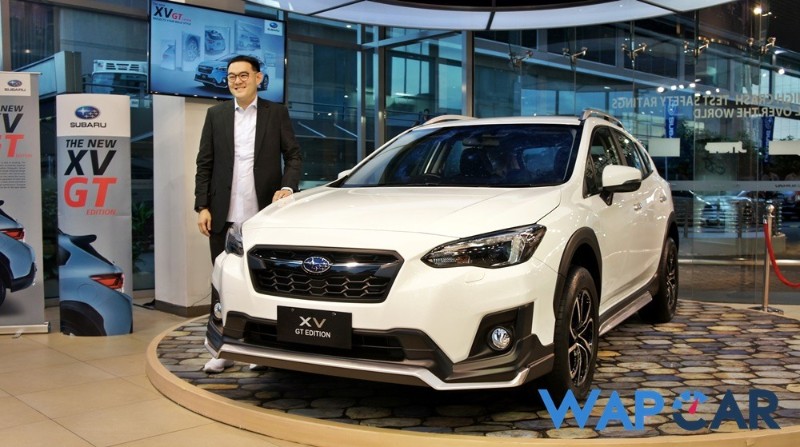 The Subaru XV is an increasingly popular alternative to the HR-V. It’s not as controversial as the C-HR, and not as expensive as the CX-3, and has the right mix of practical appeal to attract the HR-V crowd.

Technically, the XV sits one segment above the HR-V, as the former is based on a C-segment platform while the latter is based on a stretched version of the B-segment Jazz/City's platform. A quick look at the specifications table with tell you that the Subaru XV and Toyota C-HR have larger C-segment size wheelbase than the B-segment derived Mazda CX-3 and Honda HR-V.

However, the fact that these models are priced closed to each other means that they all fall within the same shopping list.

Also, while the HR-V migh have a shorter wheelbase, Honda's more space efficient packaging means that it is the smaller HR-V that actually fits more, offering more usable cabin space. Much of the XV's potentially available cabin space have been taken up by its complex all-wheel drive mechanicals.

Subaru are well known for their reliability but the peculiarity of Subaru’s ‘boxer engine’ means that there’s a slightly higher maintenance cost associated to it. In simple terms, boxer engines have its pistons pushing sideways rather than up-down like a conventional engine. 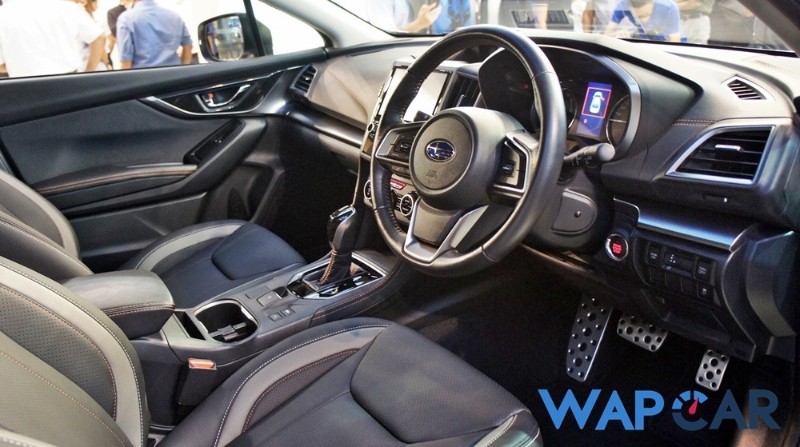 The benefit of this is that the car handles better because most of its weight are centred on the lower section of the car. The downside to it is that simple, regular maintenance jobs may need slightly more time to complete.

Also, Subaru cars are famous for its excellent all-weather traction, thanks to its symmetrical all-wheel drive – that is of course assuming that you take proper care of your tyres, because fancy technology cannot compensate for worn out tyres.

The XV also has the highest ground clearance, meaning that it’s less bothered by flash floods.

In short, the Toyota C-HR and Mazda CX-3 are more lifestyle-driven purchases, appealing more to the buyer’s emotions and subjective appeal rather than practicality.

For majority of practical-minded consumers, the choice is between a Honda HR-V and a Subaru XV. Both are recommended products but depending on where you stay, you might have to drive further to service your Subaru as TC Subaru’s network of service centres are not as wide as Honda Malaysia’s. 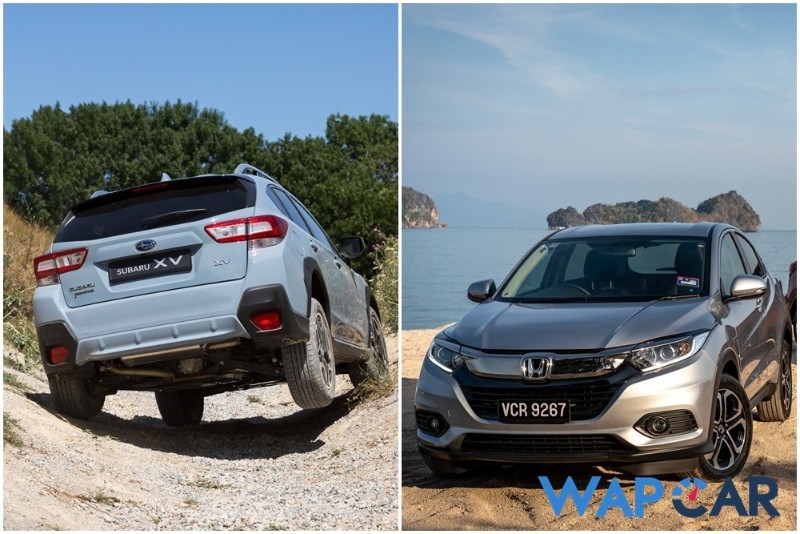 What about the Proton X70 you say? Well the X70 is a larger (read: costlier to run) SUV type vehicle. However, it’s priced close enough for consumers to cross-shop between these two segments.

To find out more about the Proton X70, click here.