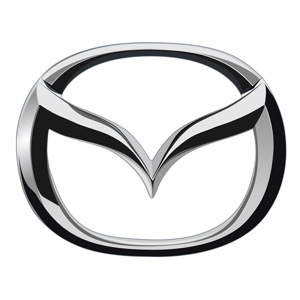 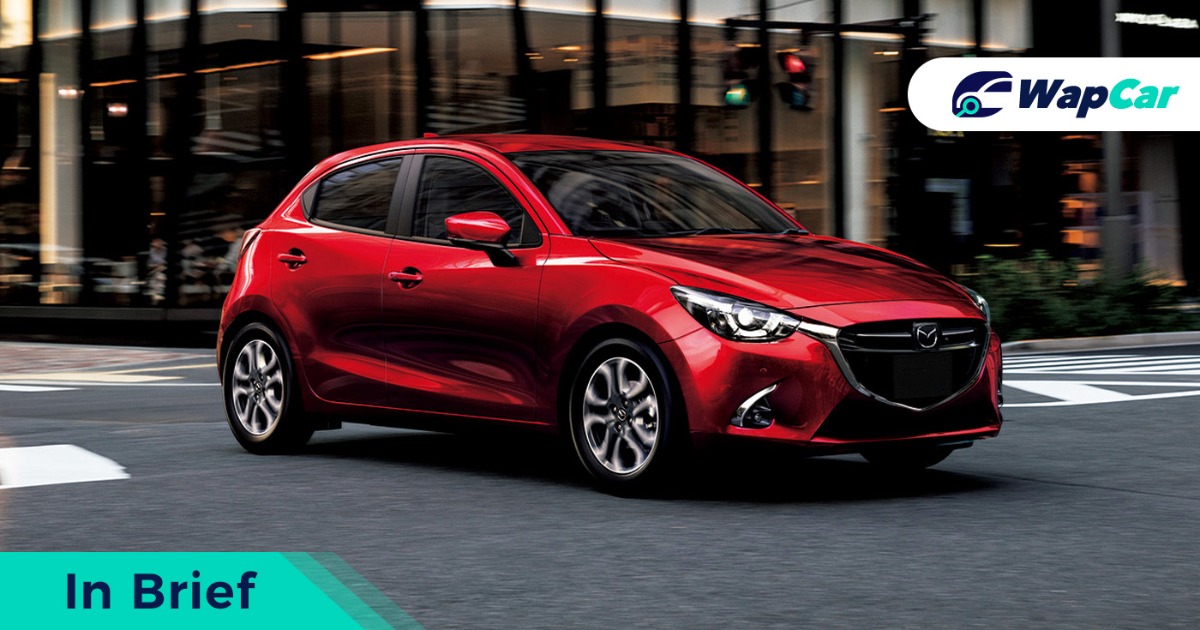 There are plenty of choices in the B-segment hatchback market, for Mazda, the model that represents the brand in this segment is the Mazda 2 hatchback. 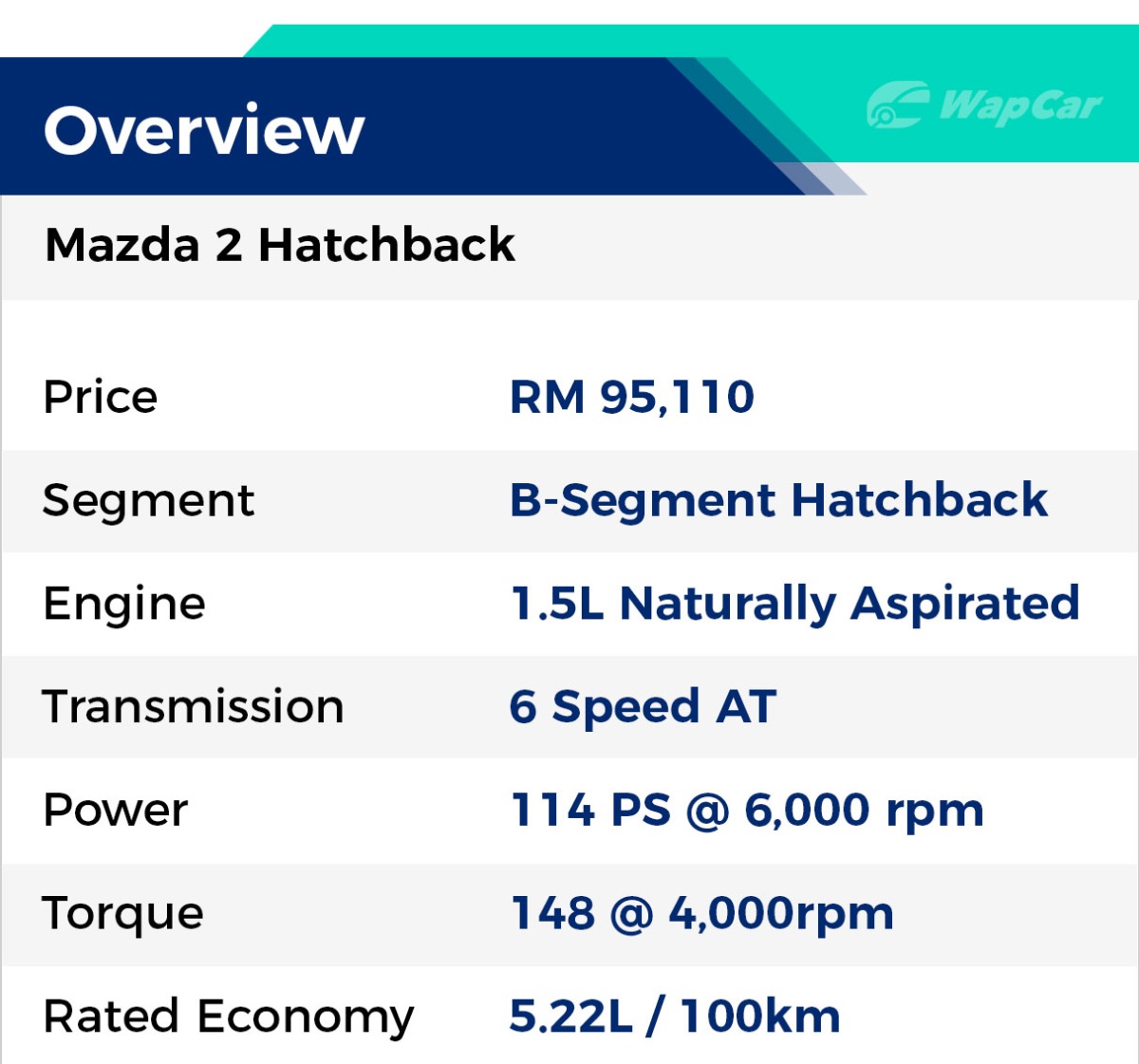 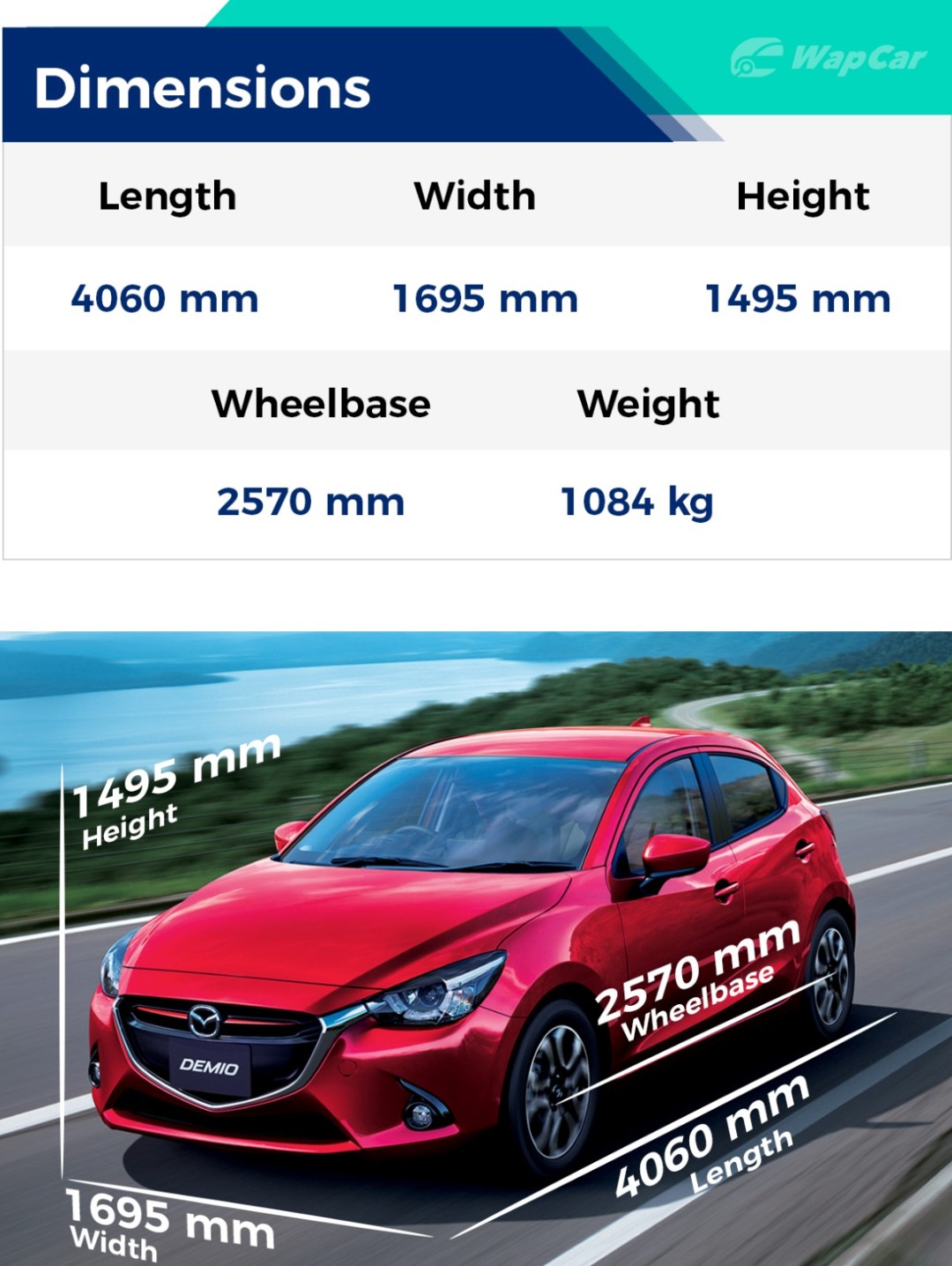 How much is Mazda 2 Hatchback?

Bermaz Motors currently has 2 variants in their line-up. Both variants share the same 1.5-litre engine and are equipped with G-Vectoring Control.

The only difference between the 2 variants are on the appearance - LED projector headlamps, keyless operation and the infotainment system in the top spec variant versus halogen headlamps, remote control unlock and a conventional radio in the Mid-spec variant.

Other than that, the top spec Mazda 2 is equipped with head-up display, reverse camera, and paddle shifts, something that is not commonly found in cars of the same segment. 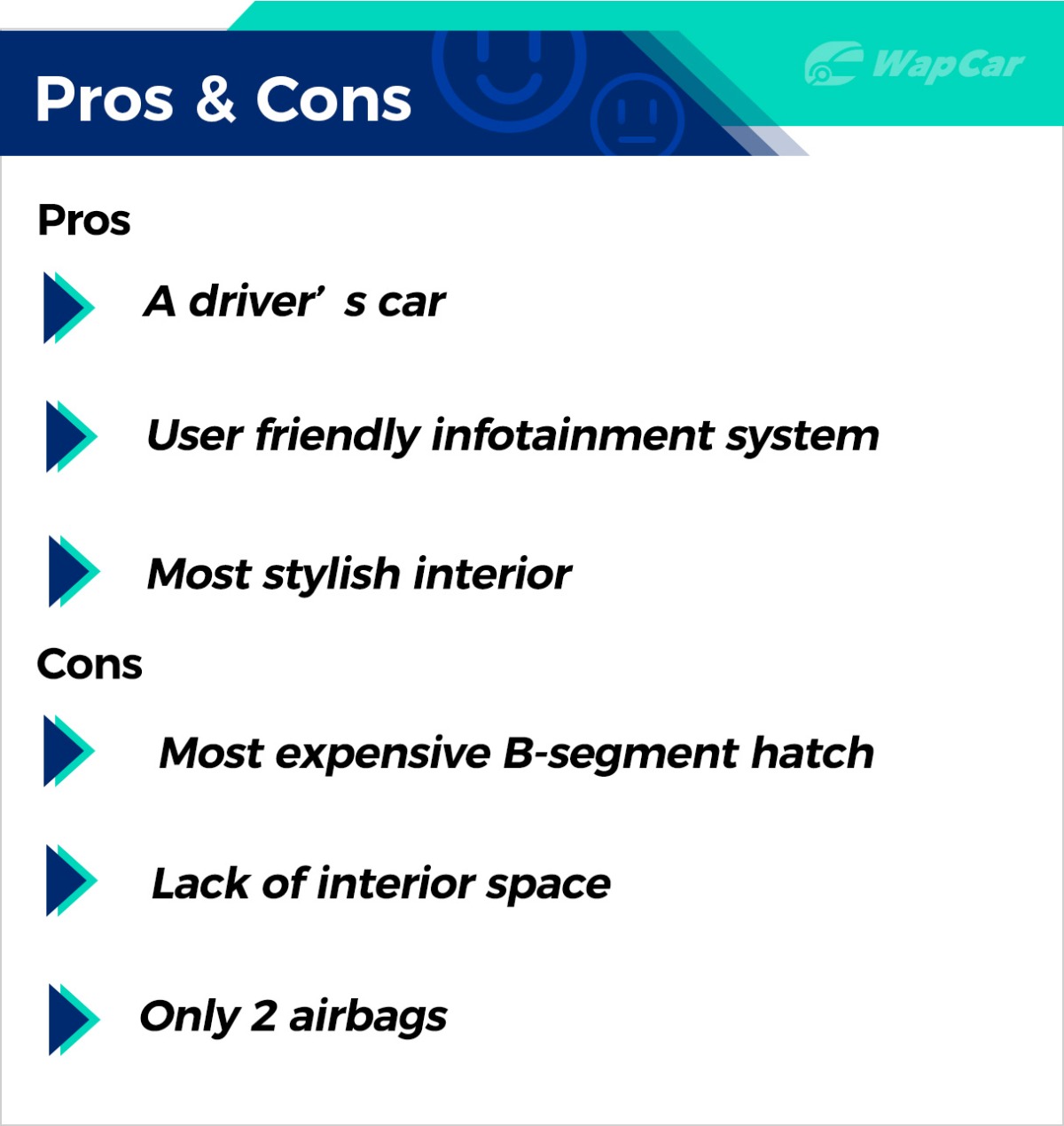 When the Mazda 2 was first launched in 2015, the car came with all the bells and whistles that sets it apart from its competitor.

Head-up display, paddle shifters, and the overall cabin were features that were only found in the Mazda 2 throughout the segment. In fact, the 2 is still the only B-segment hatchback that features a head-up display even after its closest competitors introduced updates.

It also offered the best amount of fun when it comes to the driving experience. As the model with the highest amount of torque in its class at 148 Nm of torque, the Mazda 2 offers just the right amount of push compared to its closest competitors. 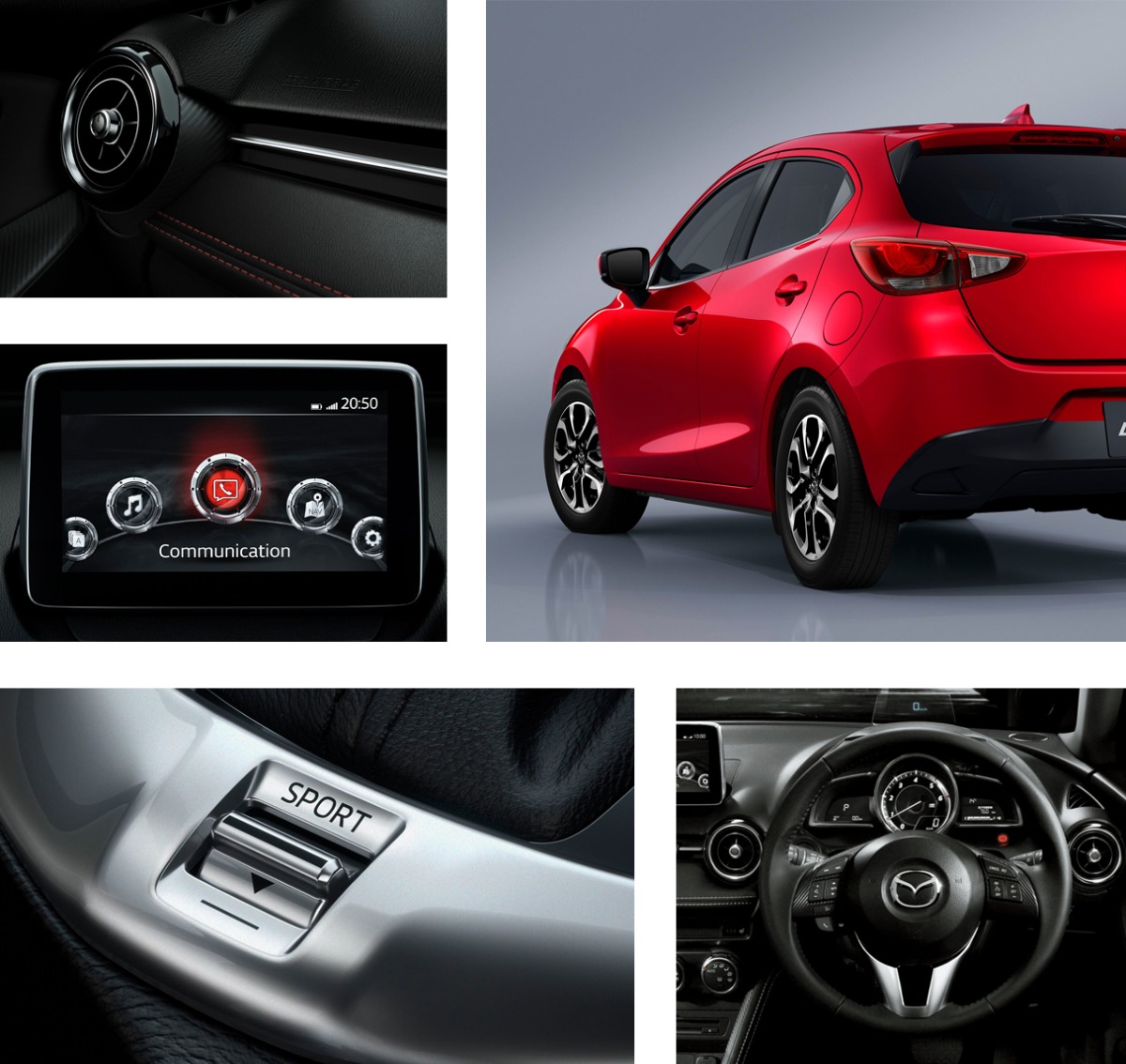 Throughout the years the Mazda 2 has been around, its competitors have brought many improvements like practicality, faster and smoother engines, and even fresh upgrades like the 360-degree parking camera on the Yaris.

Not to mention the better safety equipment like the Jazz's 6 airbags and the Yaris's 7 while the Mazda 2 still remains at 2 airbags.

With it's competitors bringing more to the table and reducing in price, this leaves the Mazda 2 hanging on a high end of the price range at RM95,170. And this price cannot be reduced any further as the 2 is fully imported from Thailand.

What are the alternatives: 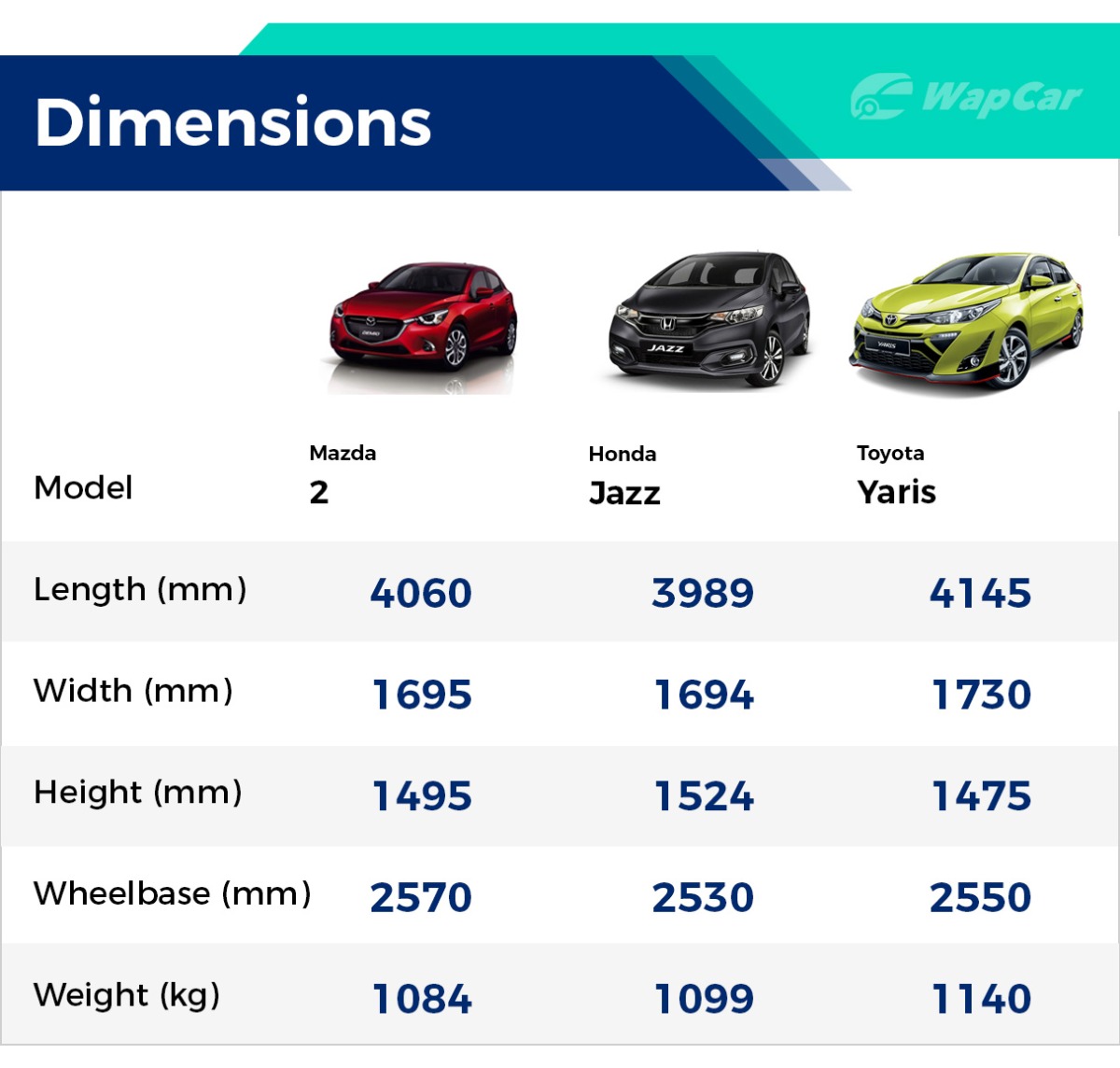