Home > News > New Toyota Vios – This Or The Honda City? 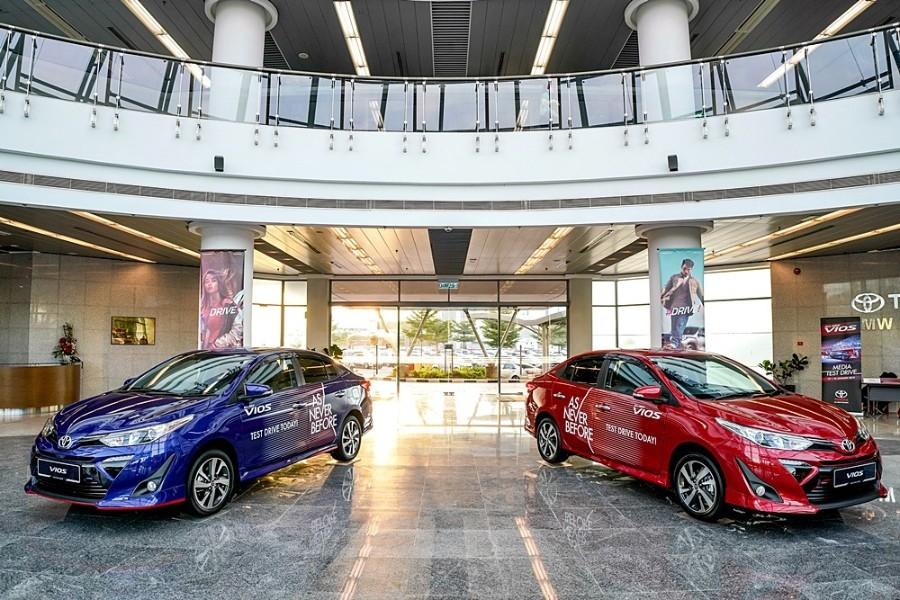 UMW Toyota Motor introduced the new Vios earlier this year, refreshing its popular B-segment sedan with a completely new look and a generous dose of equipment. 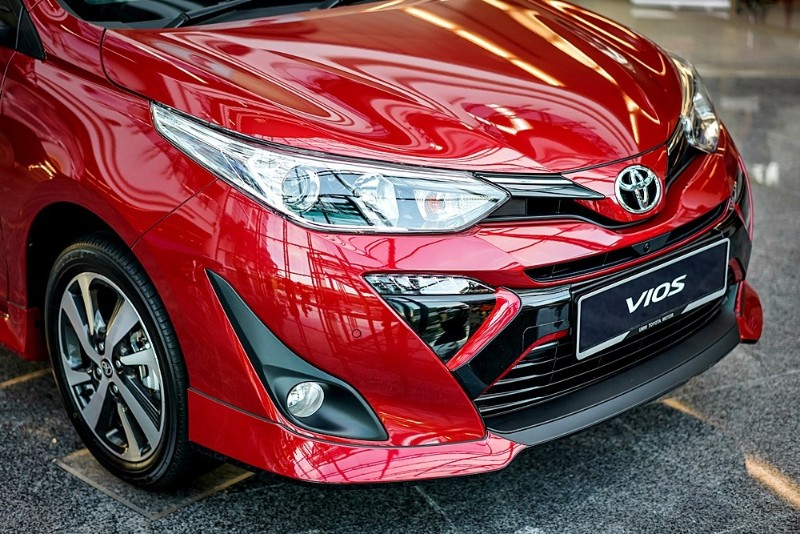 But does the updated Toyota Vios range have what it takes to lure buyers away from the popular Honda City? 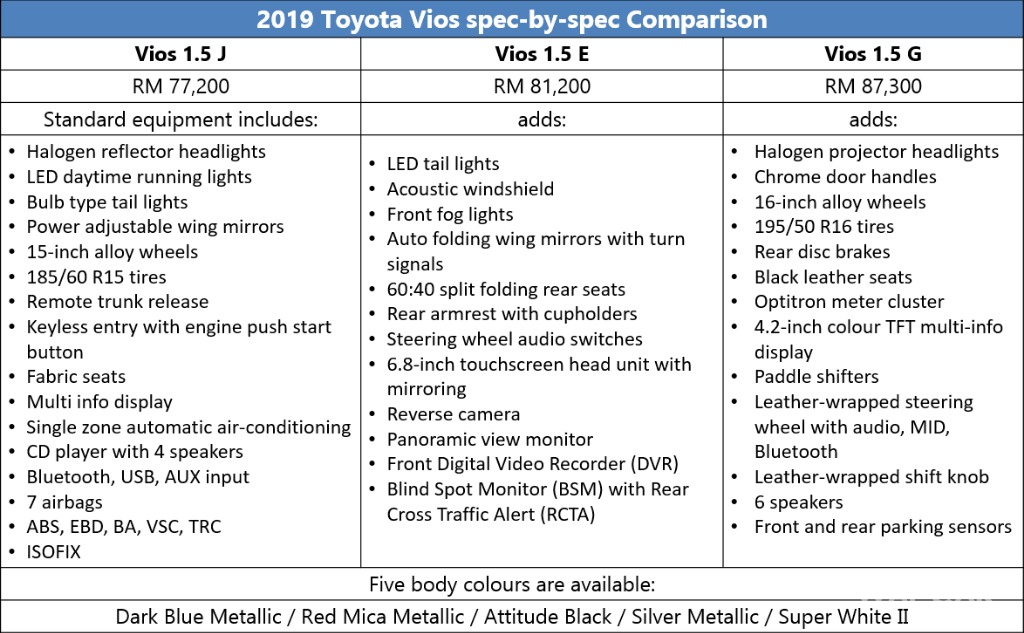 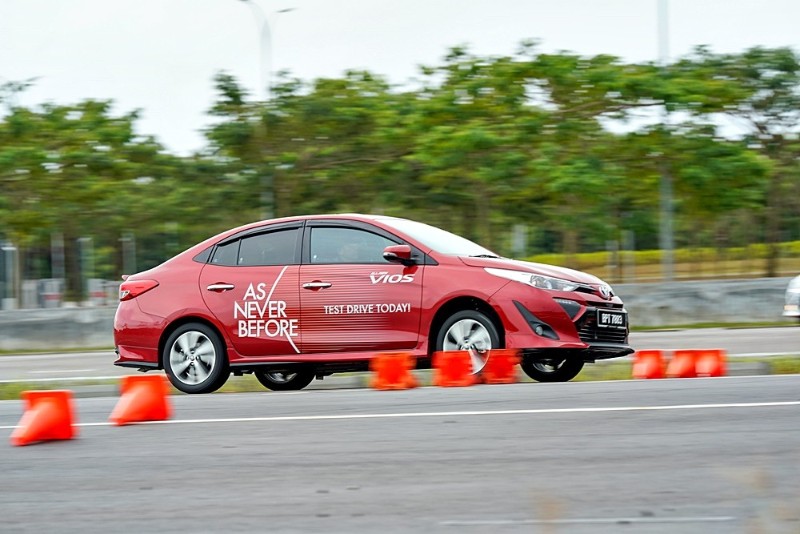 In the case of the new Toyota Vios, the entry-level 1.5J is a decent enough choice as it packs 7 airbags, VSC, TRC, automatic single-zone air-conditioning, and keyless entry with engine push start button. 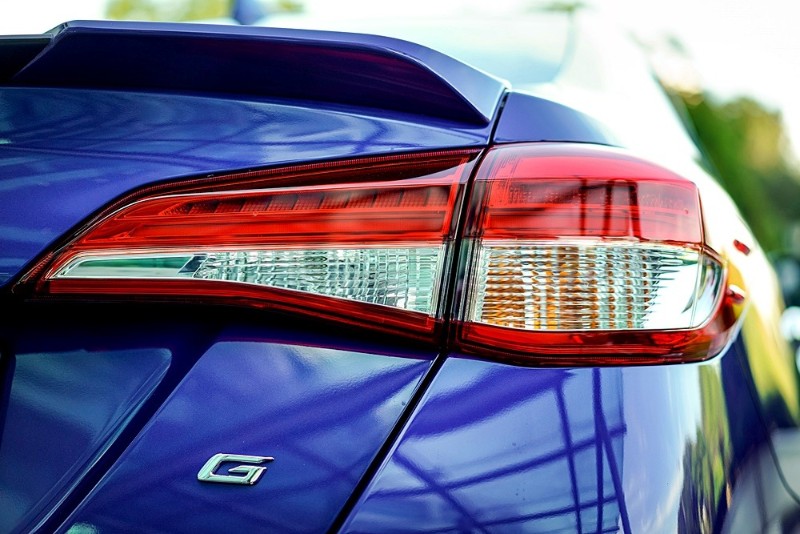 If budget isn’t a constraint, then the range-topping 1.5G is the best choice as it includes all the creature comforts, such as leather upholstery, 6 speakers, larger alloy wheels, and Optitron meter cluster.

Is the powertrain new?

For the longest time, the Vios was using a dated, but proven 1.5-litre VVT-i engine mated to a 4-speed automatic transmission. 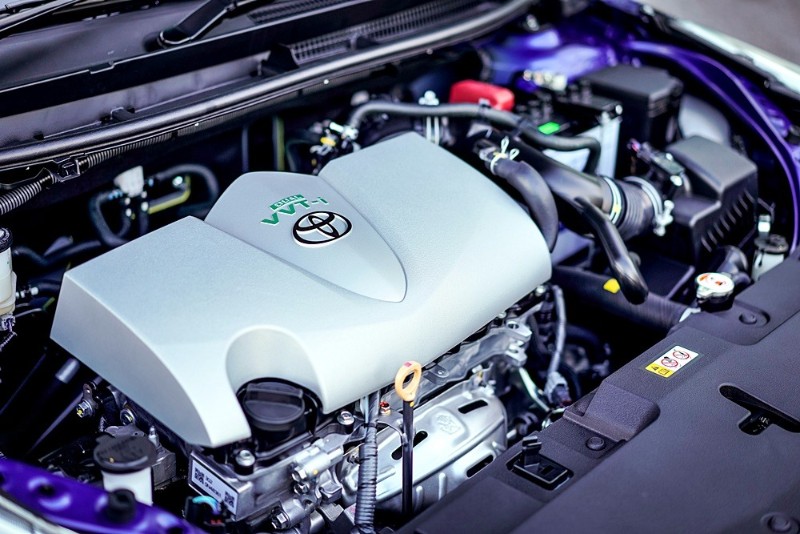 However in 2016, Toyota updated the Vios with a much newer and more efficient 1.5-litre 2NR-FE Dual VVT-i engine, whilst ditching the old 4-speed automatic for a more modern CVT-type automatic.

Does the Toyota Vios drive well? 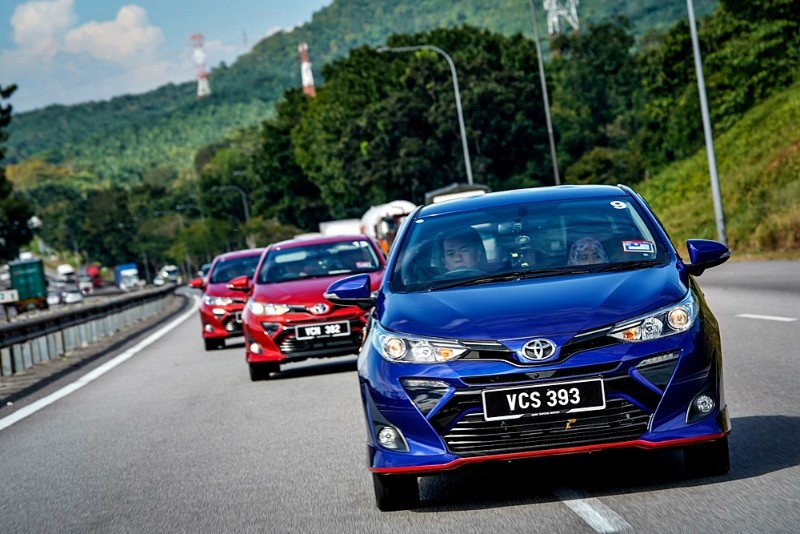 Toyota has done a superb job with the suspension tuning of the new Vios, striking a fine balance between ride comfort and handling.

The new Vios irons out road bumps and irregularities with relative ease, without transferring to much unpleasantries to the cabin. Quite an amazing feat, considering that the Vios rides on low profile 50-series tires. 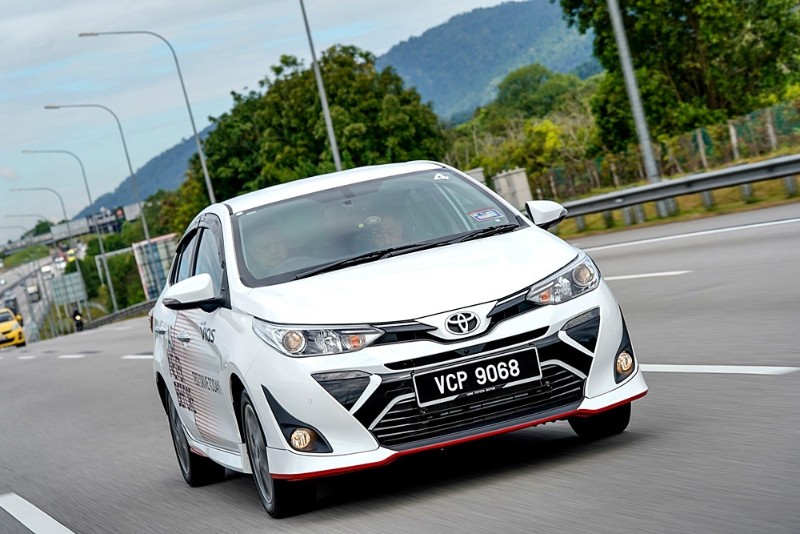 Cabin quietness is also remarkable, as Toyota has fitted more soundproofing materials to the new Vios. In fact, the factory-fitted Toyo Proxes R50 tires does a swell job of keeping noise levels low. We do wish grip levels provided by these rubbers were better though, as the Vios had a tendency of going wide into turns when pushed hard. 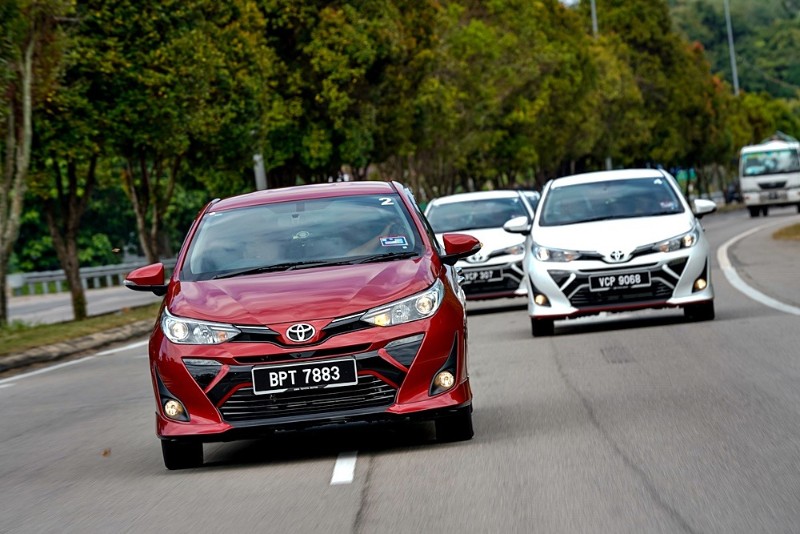 In the powertrain department, the Dual-VVT-i engine and CVT-type automatic gearbox is refined enough to make the Vios a competent long-distance cruiser. Fuel consumption levels could have been better, but we expect it to improve over time.

We've compiled a table comparing the cost to maintain the Toyota Vios, Honda City, and Honda City Hybrid over a period of 60 months/100,000 km. 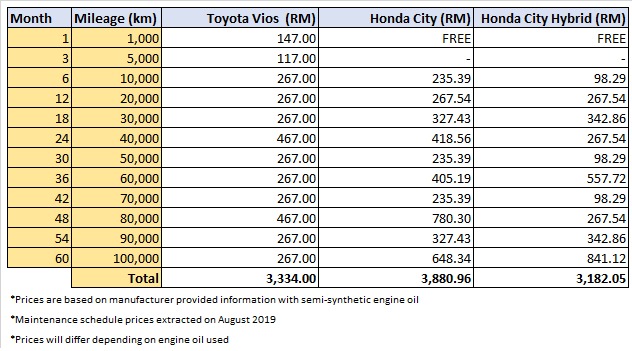 All prices are based on manufacturer provided information with semi-synthetic engine oil. These prices do not include cost of consumables, such as tires, petrol, or battery replacement.

So should I buy the Vios or the City?

Both the Honda City and new Toyota Vios are really competent models in the segment. There is no clear-cut winner here, as both models have their pros and cons. 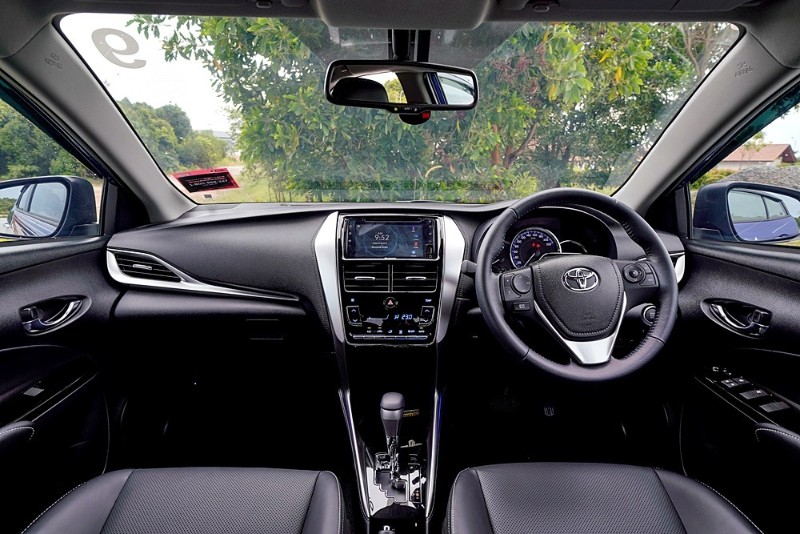 For those who travels a lot on highways, the Vios is a better option as it rides and handles like a larger segment vehicle. The new Vios is also quieter than the City at highway speeds, while ride comfort is superior over the City. 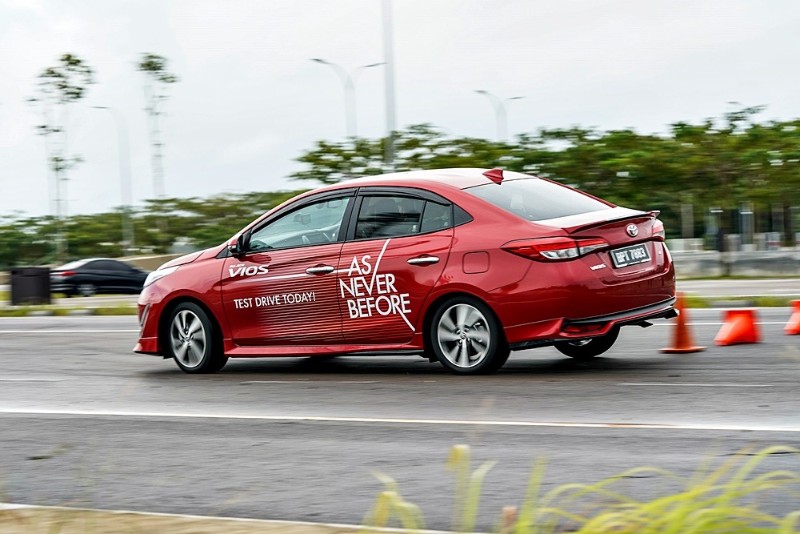 While the new Vios may offer a much better ride comfort than the City, the Pegoh-built City claws back with a considerably more spacious cabin. Adding to that is the practicality aspect of the City, which offers a big and deep console box, a number of cup holders, and storage spaces. 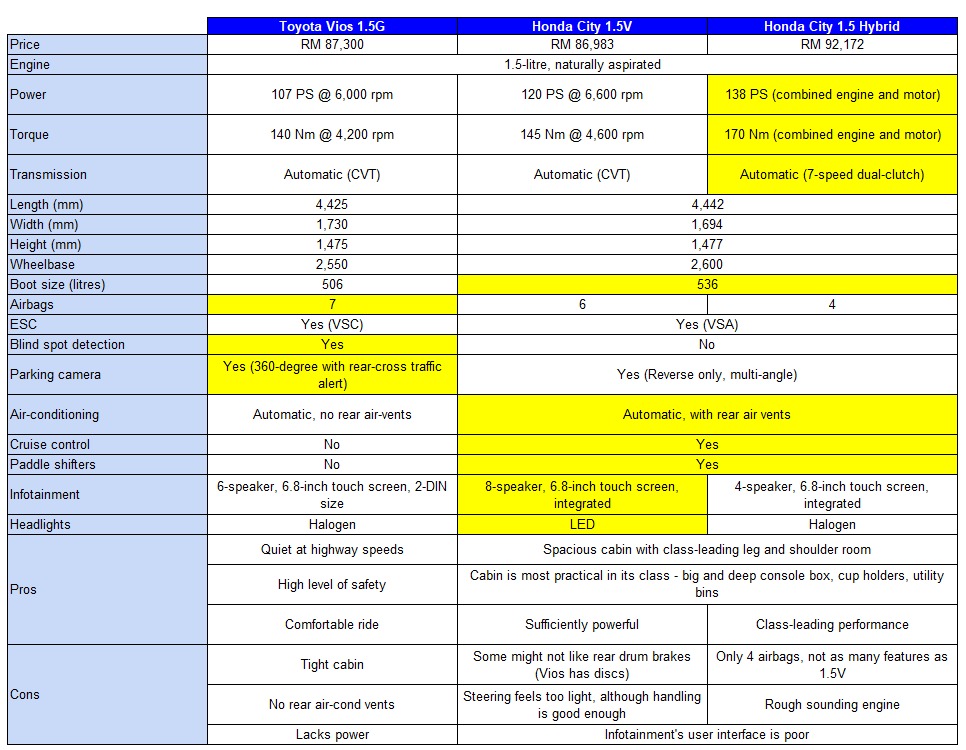 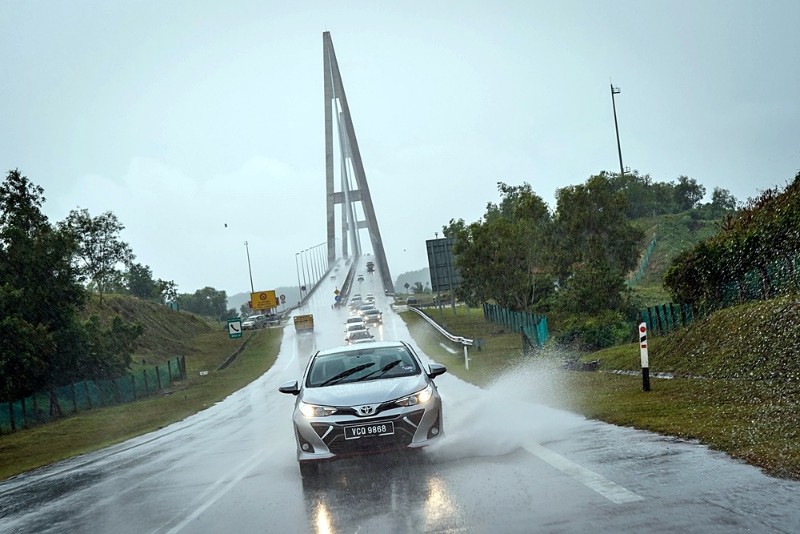 Unlike the new Toyota Vios, the Honda City can also be had as a hybrid variant, which features a hybrid engine mated to a 7-speed dual-clutch automatic. This is far by one of the sportiest B-segment models on sale right now, though equipment count is rather abysmal. The City Hybrid loses out on the LED headlights, 6 airbags, leather seats, leather-wrapped steering wheel, no soft touch dashboard, and 6 speaker audio system of the range-topping City 1.5 V.