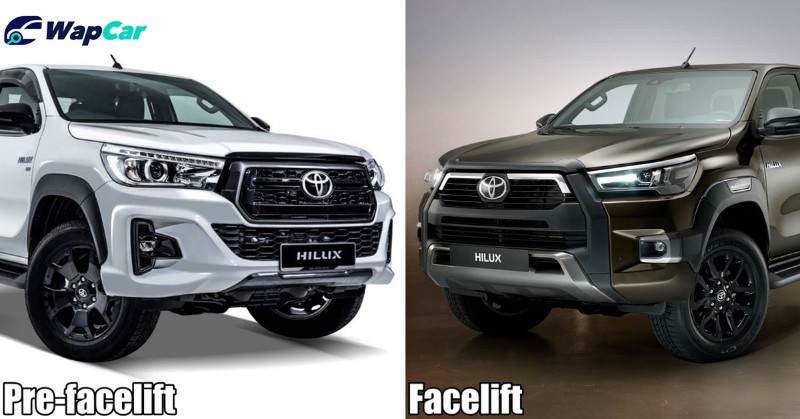 Toyota has just launched the new 2020 Hilux in Thailand, giving the pick-up truck yet another update.

Let’s take a closer look at the differences between the two models. 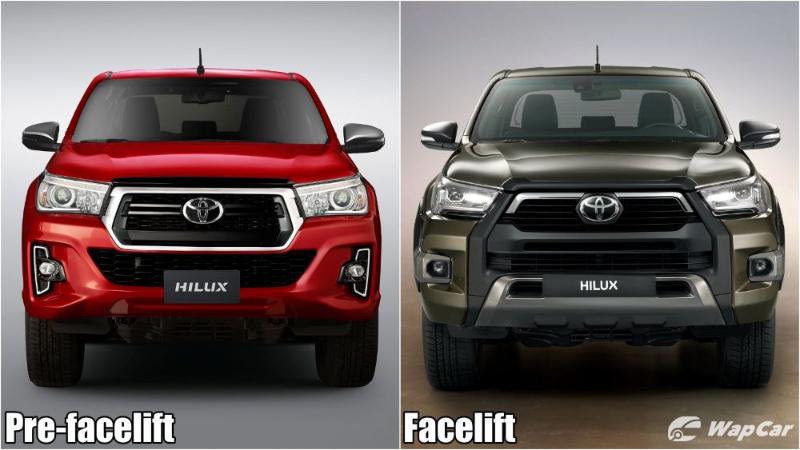 Up front, the updated Toyota Hilux gains a pair of sleeker-looking headlights with its LED daytime running lights (DRLs) looking sleeker than before. Lower variants of the new Hilux continue with halogen headlights, albeit with a newer smoked finishing and repositioned turn signals. 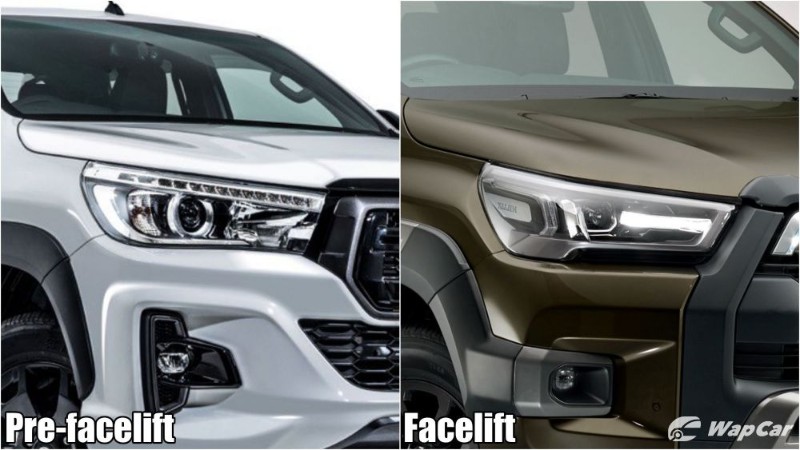 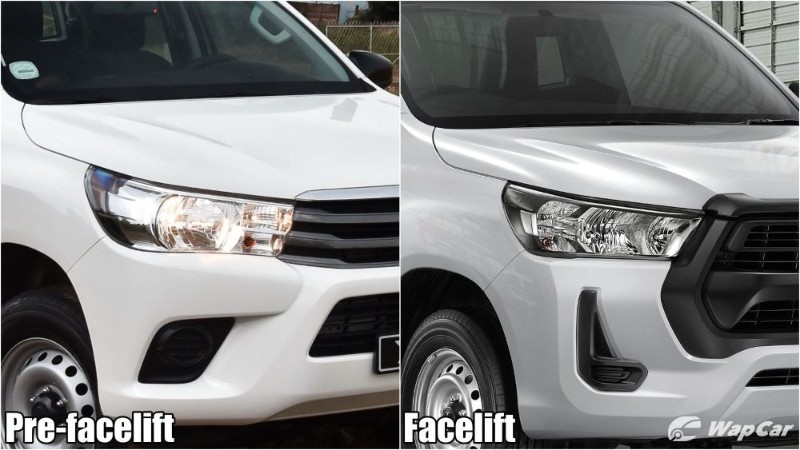 Sleeker headlights aside, the front-end of the new Hilux is dominated by a more muscular-looking front grille, which gives it the North American-market Toyota Tacoma vibes. The range-topping Revo Rocco amps things up a bit, as the front grille gets a bit more silver trim that adds up to its overall aggressiveness. 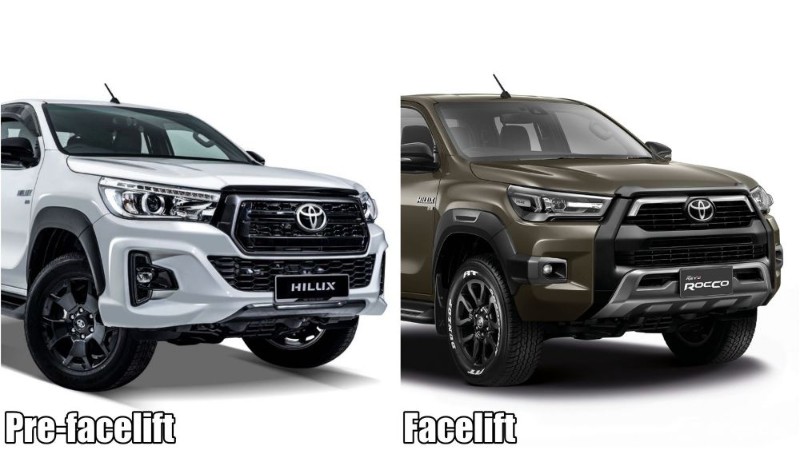 The new Hilux also gains new alloy wheels, which are available on the Revo Z-Edition, Revo PreRunner, and Revo Rocco. 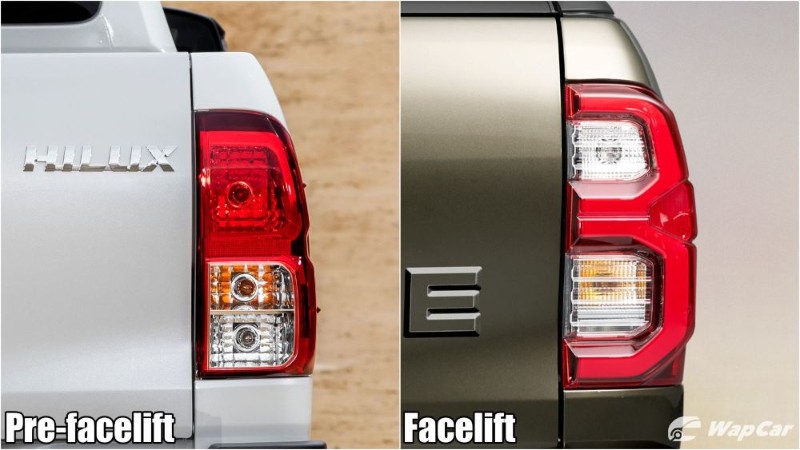 Completing the exterior of the new Hilux are new LED tail lights with revised lighting pattern. LEDs are found in the tail lights, stop lights, and rear fog light. The turn signal and reverse lights are bulb-type. The new tail lights are fitted to the Revo PreRunner and Revo Rocco, whereas other variants make do with the pre-facelift’s bulb-type tail lights. 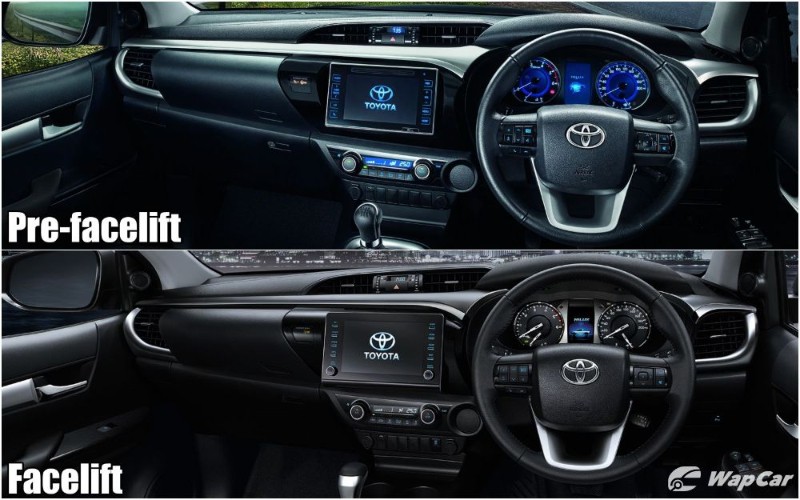 Compared to the pre-facelift model, all variants of the new Hilux gain an 8.0-inch touchscreen head unit with Apple CarPlay support. 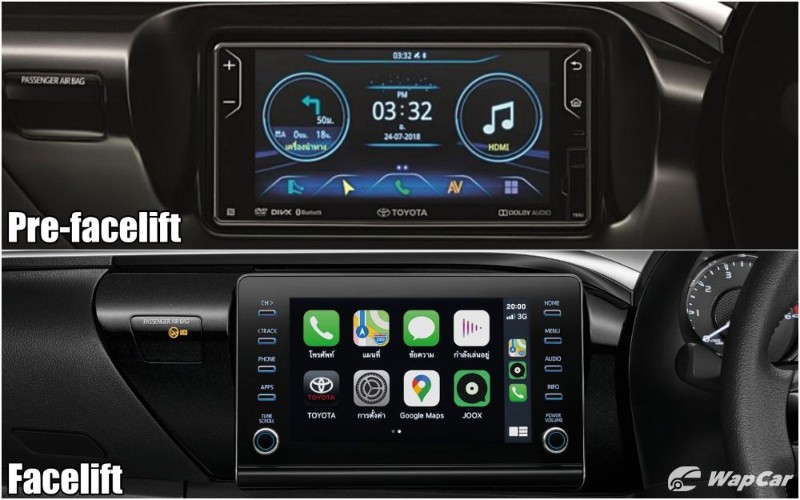 Yes, that includes the Hilux Standard Cab, which is aimed at commercial buyers. 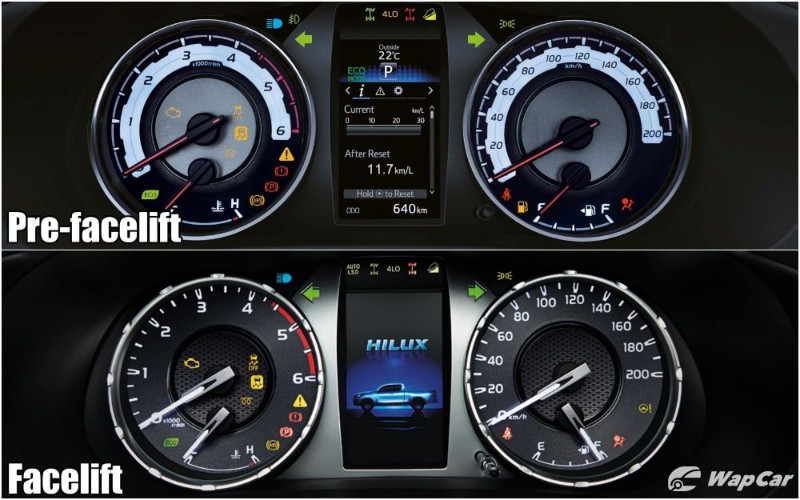 Under the skin – More power and better handling

In theory, the increase in power output figures should help improve the Hilux’s above-average power-to-weight ratio, which was ranked behind the Mitsubishi Triton and Ford Ranger.

Furthermore, Toyota has also tweaked the suspension and steering setup of the new Hilux, giving it a better ride comfort and handling than the pre-facelift model.

For the first time ever, the Thailand-market Toyota Hilux is fitted with the Toyota Safety Sense (TSS) ADAS suite, bumping up its safety credentials. The pre-facelift model that was sold in Thailand wasn’t fitted with ADAS features.

When can we expect the new Hilux in Malaysia?

The Hilux Revo Rocco could be introduced in Malaysia as well, as UMW Toyota Motor did introduce the pre-facelift Revo Rocco in Malaysia, rebranded as the Hilux L-Edition.