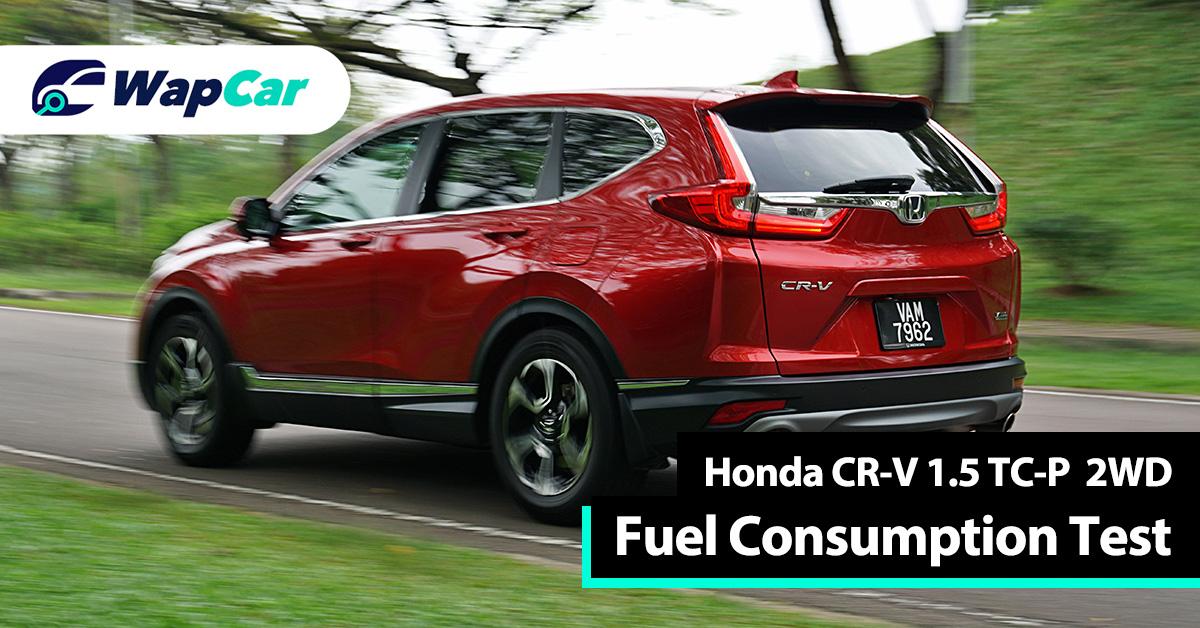 The common knowledge about smaller capacity turbocharged engines is that they are fuel efficient. We’ve put the Honda CR-V 1.5 TC-P through the WapCar fuel consumption test to find out if it adheres to the norm.

Powering the Honda CR-V is a turbocharged 1.5-litre 4-cylinder engine that makes 193 PS and 243 Nm of torque. In the 1.5 TC-P variant, drive goes to the front wheels via a CVT.

Like in the Nissan X-Trail, the CVT allows the engine to spin at its optimum rev range to maximise fuel efficiency, and provides a smoother drive. 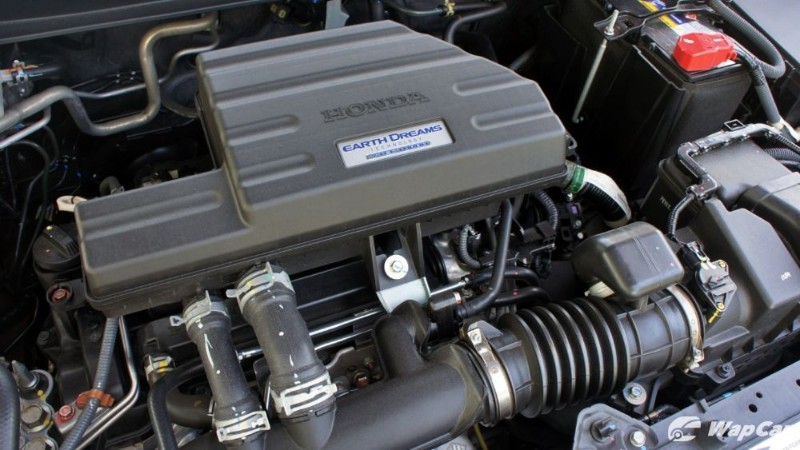 Before starting the test, all tyres were inflated to the manufacturer’s recommended pressure of 230 kPa for the front tyres, and 210 kPa for the rear tyres. The tyres are Toyo Proxes R45 measuring at 235/60 R18.

The CR-V’s 57-litre fuel tank is filled up to the brim with RON 95 petrol using the ‘three-click’ method – have the fuel nozzle jump three times with 10 seconds between each jump. 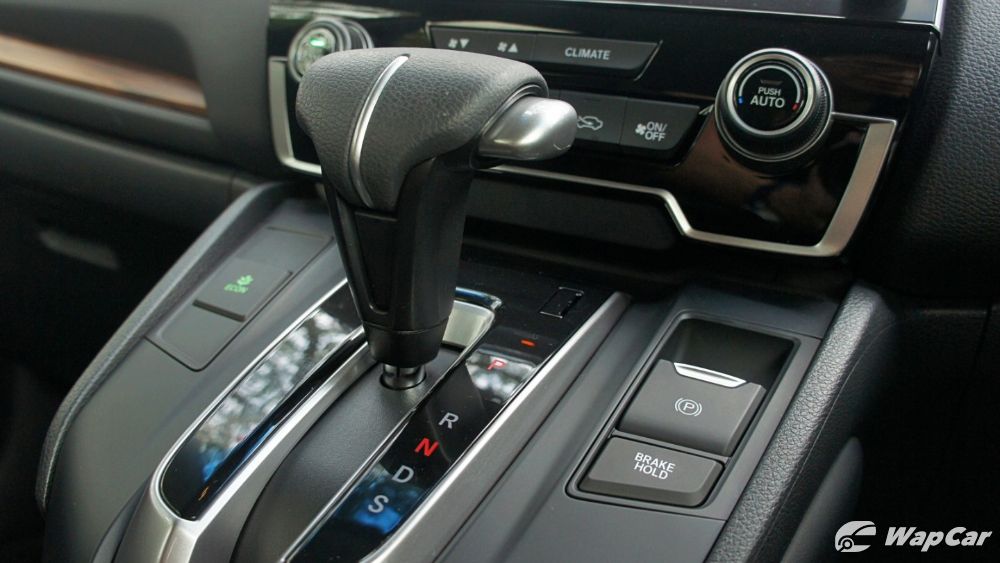 Our test route saw us looping multiple times along Jalan Damansara, passing Muzium Negara, down the relatively clear stretch passing Parliament before hitting slow traffic near PWTC, before looping back up for another smooth stretch in the opposite direction heading into stop-go traffic of Brickfields and Federal Highway to repeat the loop. Driving behaviour was as per normal. 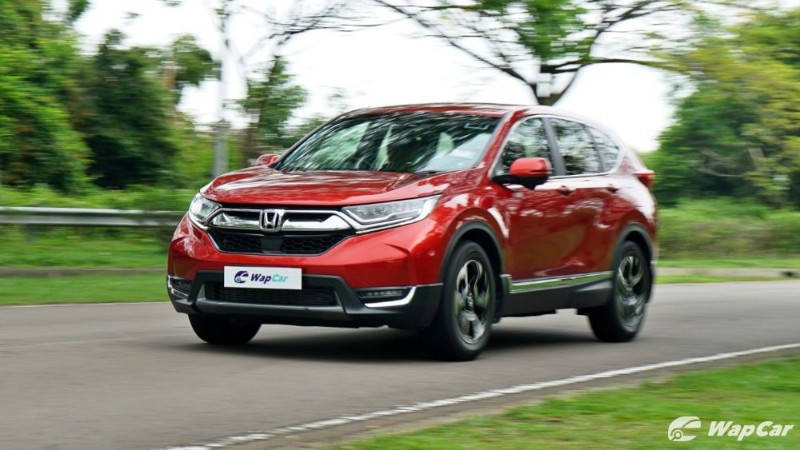 After three loops and 45 km, we stopped at the very same petrol station to refuel using the same method. Three clicks later and the amount we filled up was 3.16 litres. A quick calculation on the distance travelled and amount refuelled worked out to 7-litre/100 km. 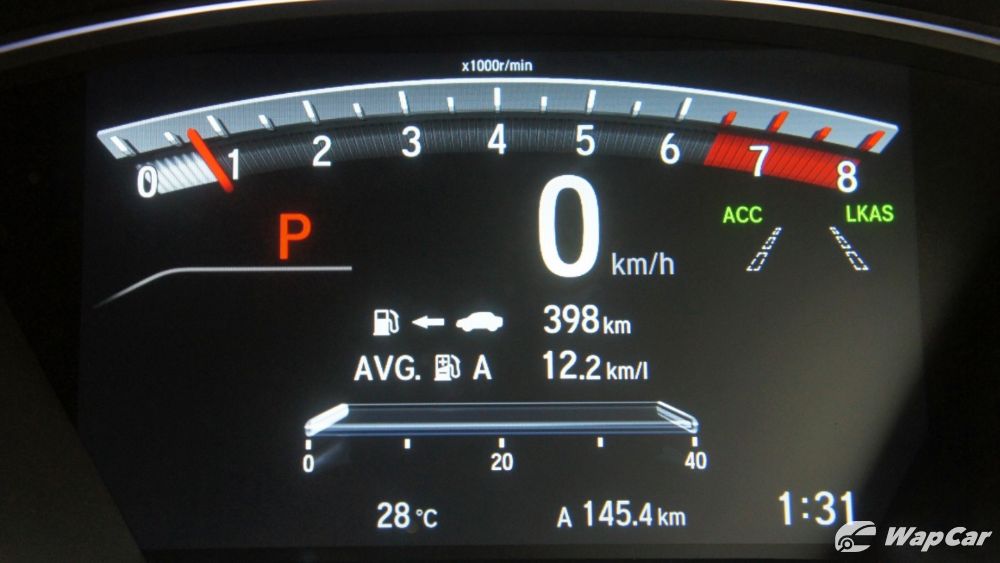 One thing to note however, due to the nature of turbocharging and the added weight of an SUV, fuel consumption may vary significantly depending on driving behaviour and conditions. In urban conditions, expect figures closer to 9-litre/100 km. Nevertheless, it’s still better than the Proton X70.

To conclude, the Honda CR-V with its relatively small capacity turbocharged engine does return good fuel efficiency. But only in right conditions and driving style.