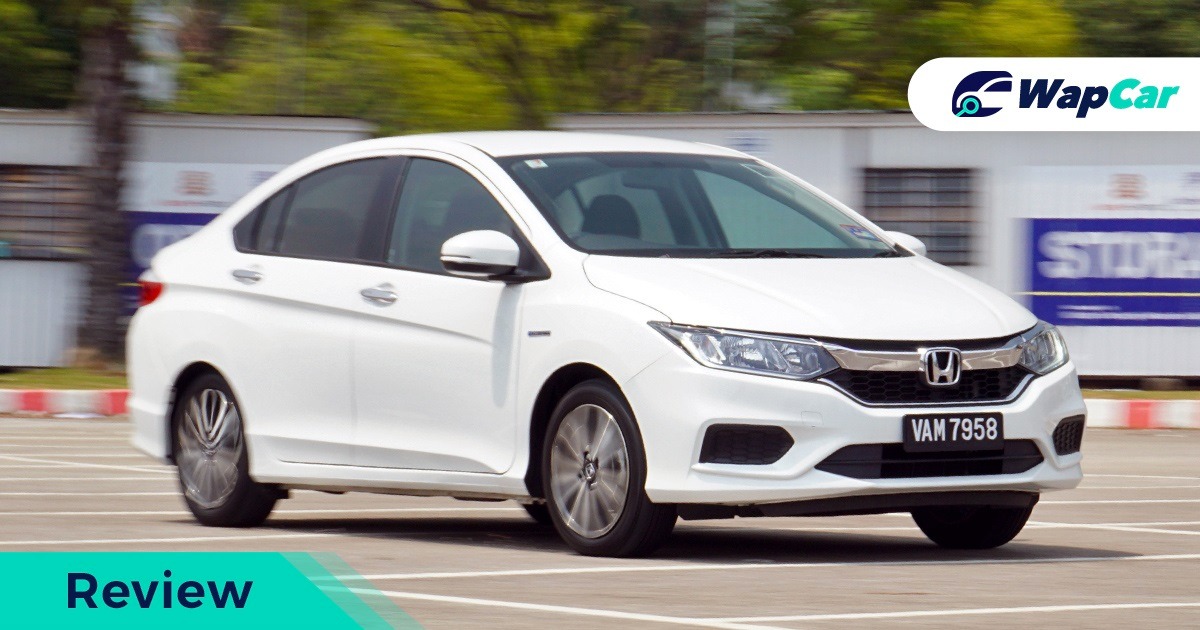 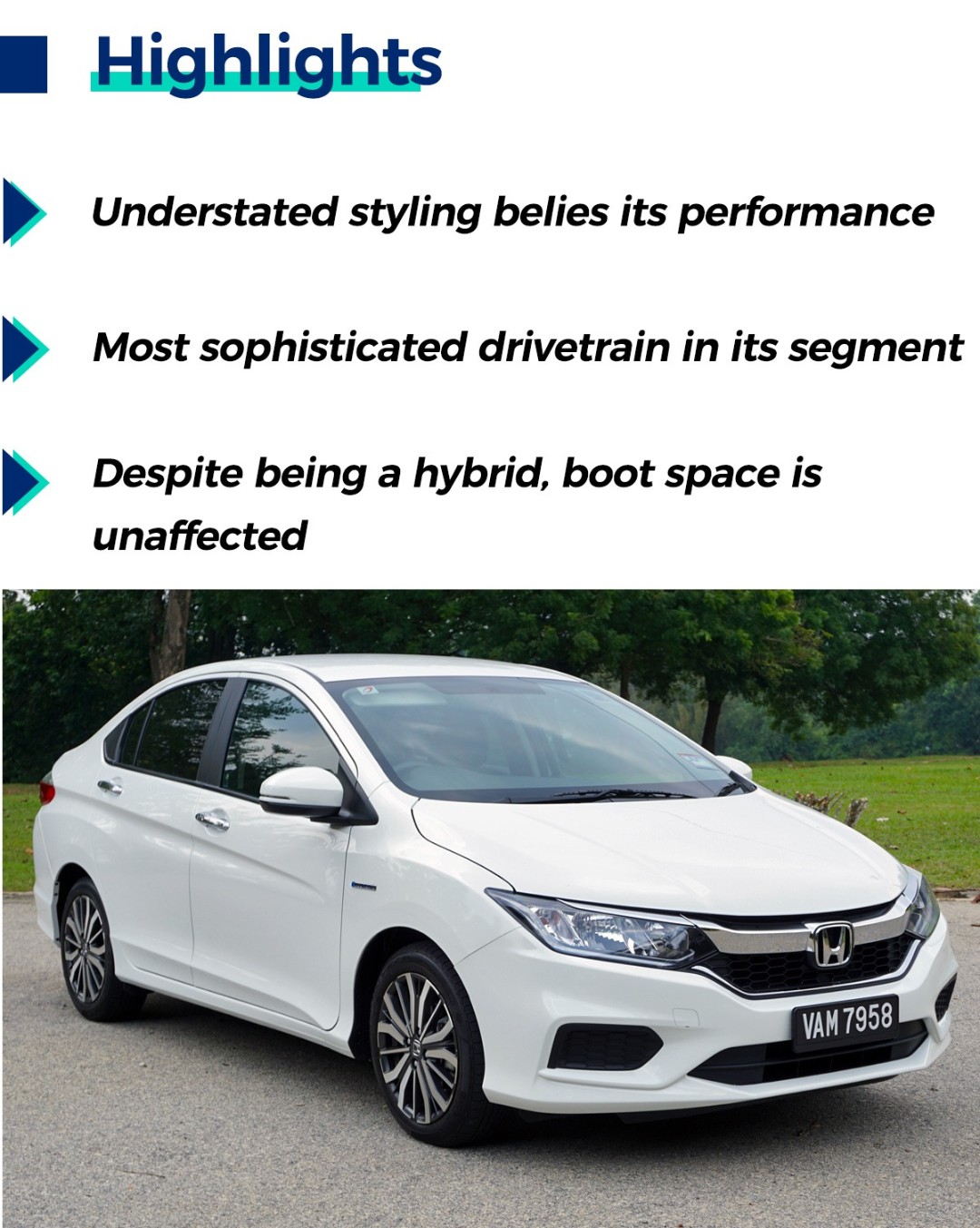 The Honda City needs no introduction, as it is Malaysia’s favourite non-national B-segment sedan. 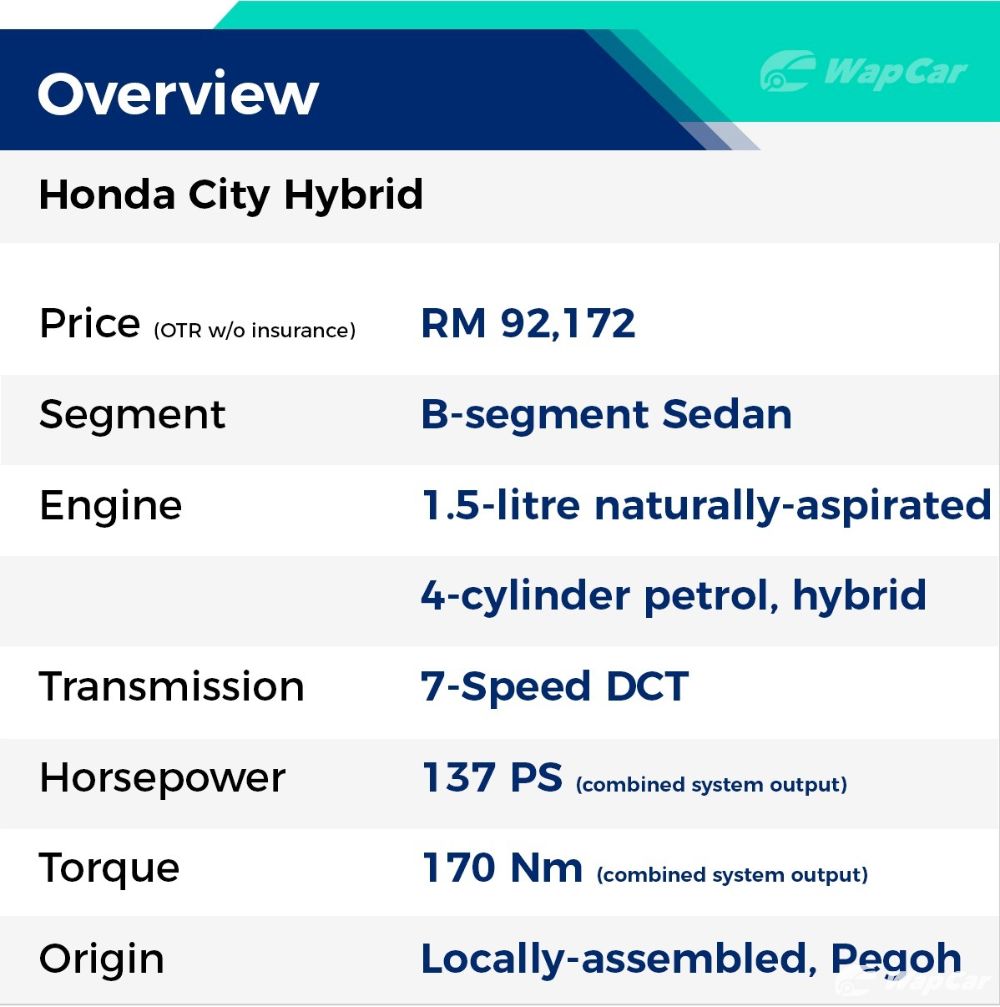 We reckon that the City Hybrid is worth it, as the sophisticated powertrain transforms the unassuming City into a capable performer that does not sacrifice fuel economy.

The Honda City Hybrid may be the most expensive variant in the line-up, but it lacks features that the range-topping petrol City 1.5 V has, like LED headlights, LED front fog lights, and a boot-lid spoiler.

Instead, the City Hybrid gets halogen headlights (with LED DRLs) and several hybrid emblems. 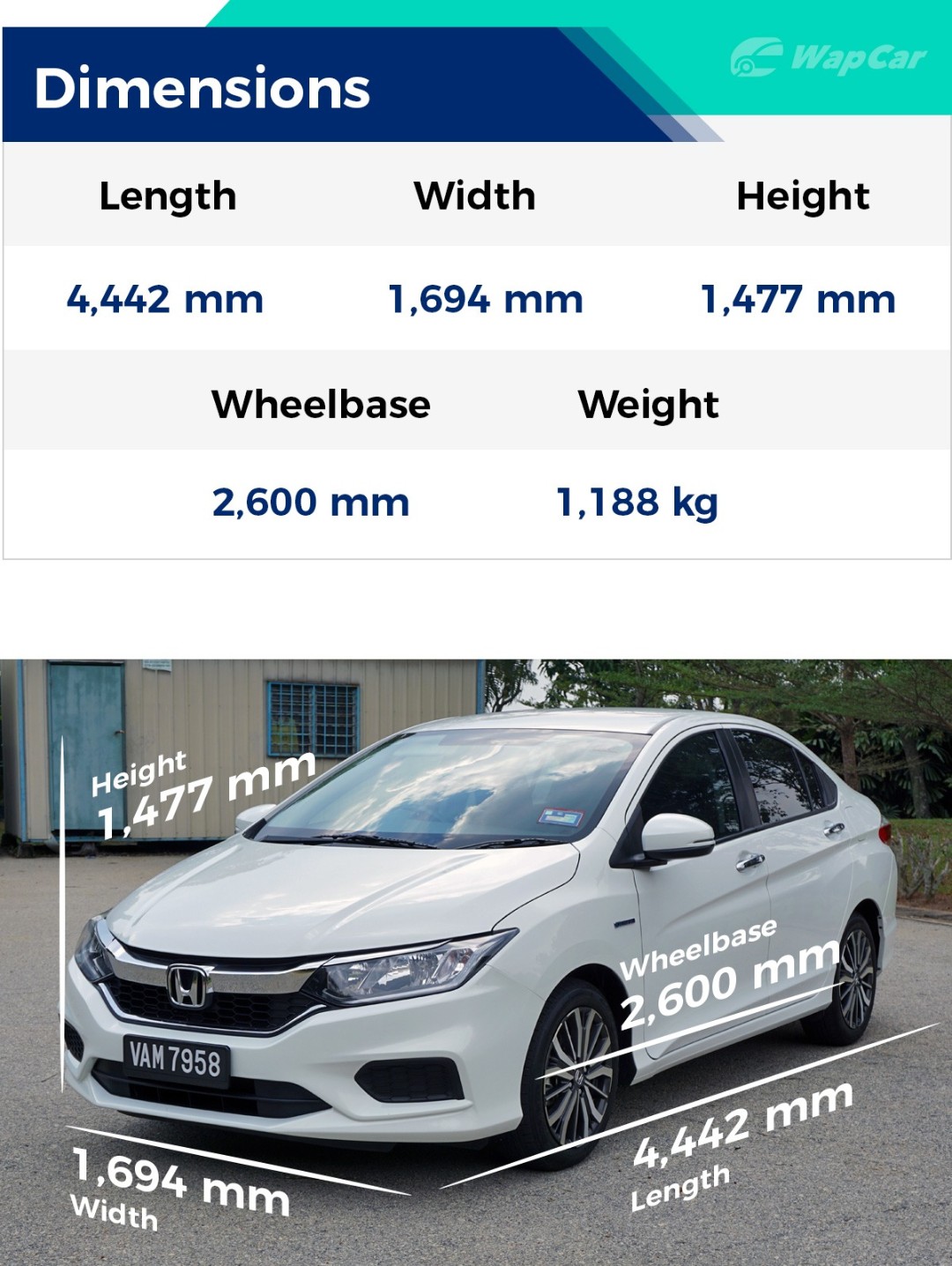 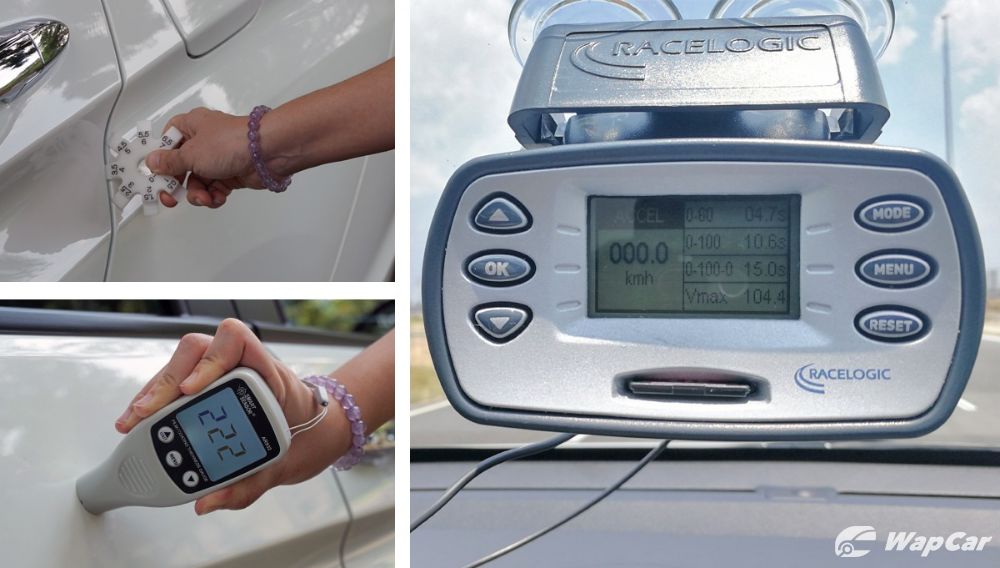 The City Hybrid's paint thickness is consistent between panels with the thickness ranging from mid-120s micrometers to mid-270s. 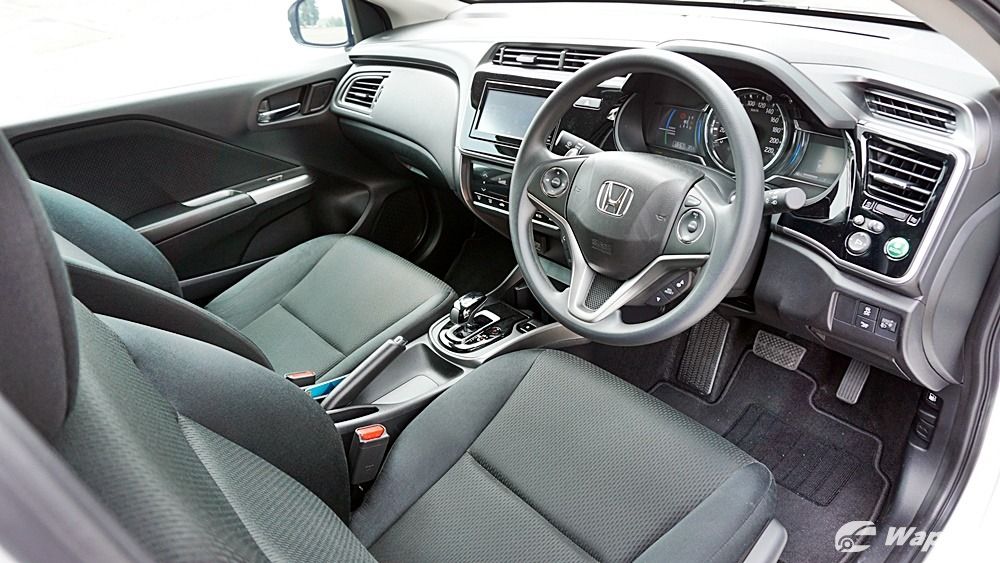 While the cheaper City 1.5 V gets a leather upholstery with a leather-wrapped steering wheel, gear lever, a soft-padded dashboard, and an 8-speaker audio system, the pricier City Hybrid makes do with fabric upholstery, a urethane steering wheel, and a 4-speaker audio system. Despite that, the City Hybrid does get a slick shift-by-wire gear shifter and unique meter cluster. 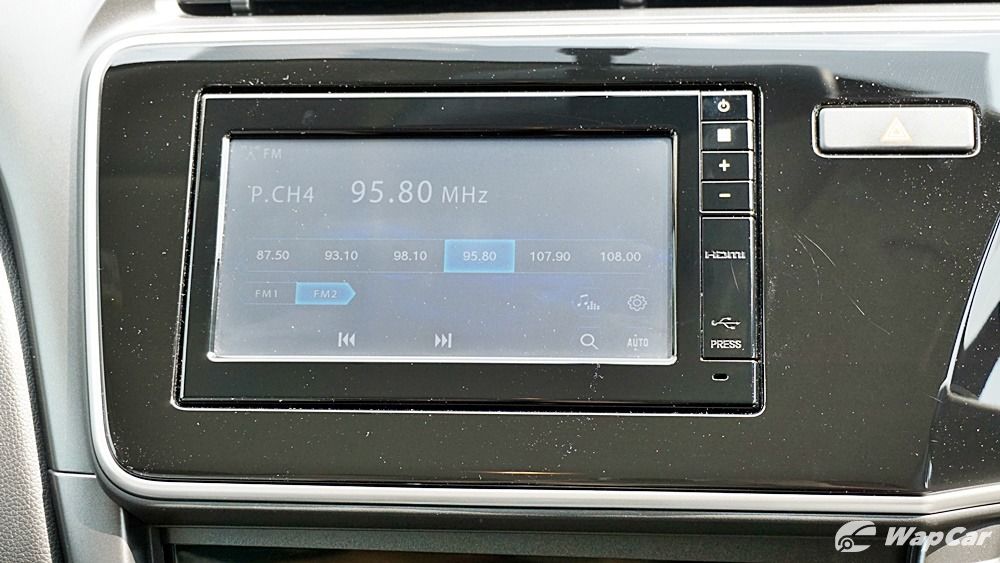 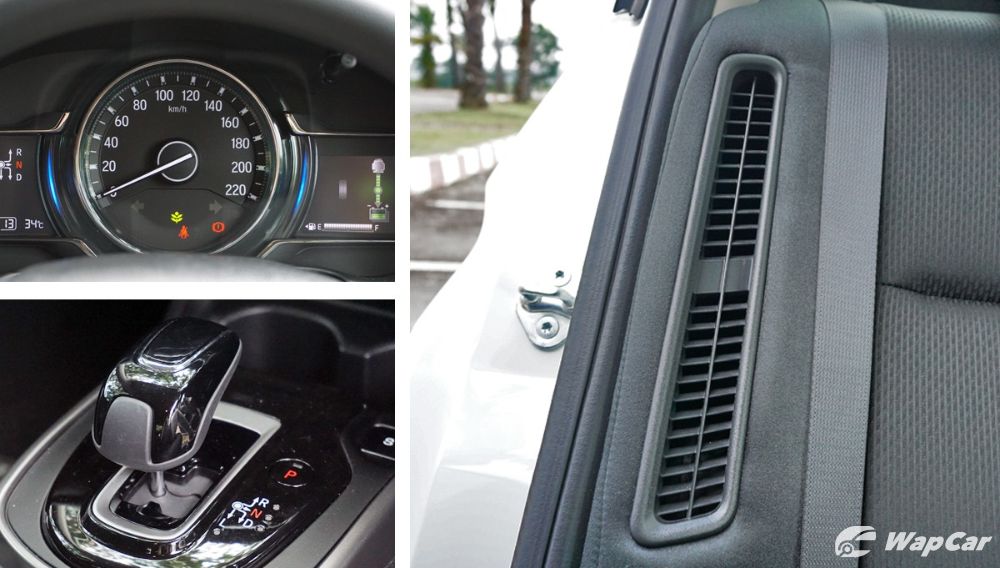 The City Hybrid also gets an air intake vent on the right side of the rear seats that channels cool air from the cabin to the battery pack located in the boot. Make sure to never block these vents as it safeguards the longevity of the hybrid battery.

Speaking of the boot, those who frequently load stuff into the boot of cars would be pleased to know that the City Hybrid’s boot space is identical to the petrol variant, at 536 litres. 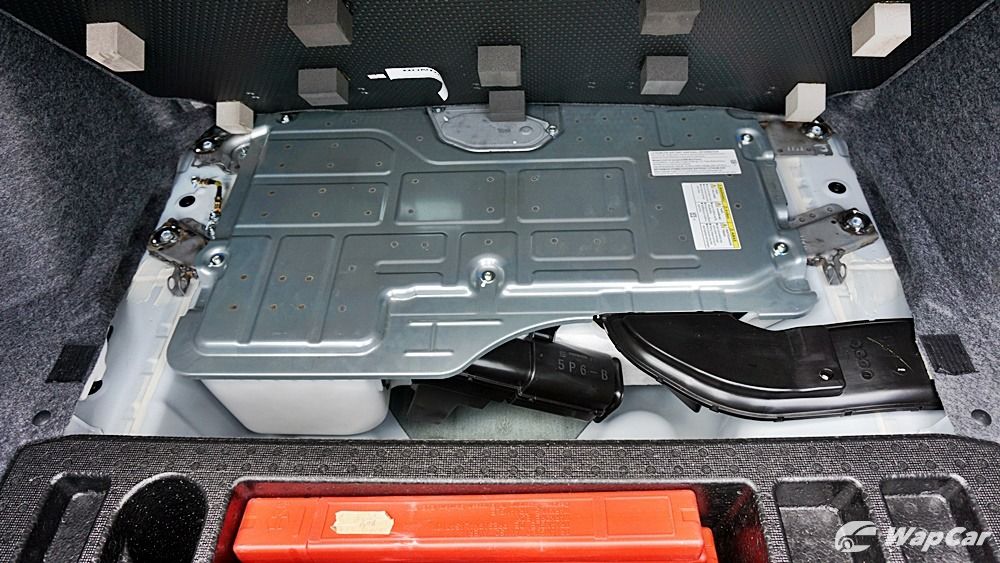 This is achieved by placing the hybrid battery pack in the spare wheel well. As a result, the City Hybrid does not come with a spare wheel, only a tire repair kit. 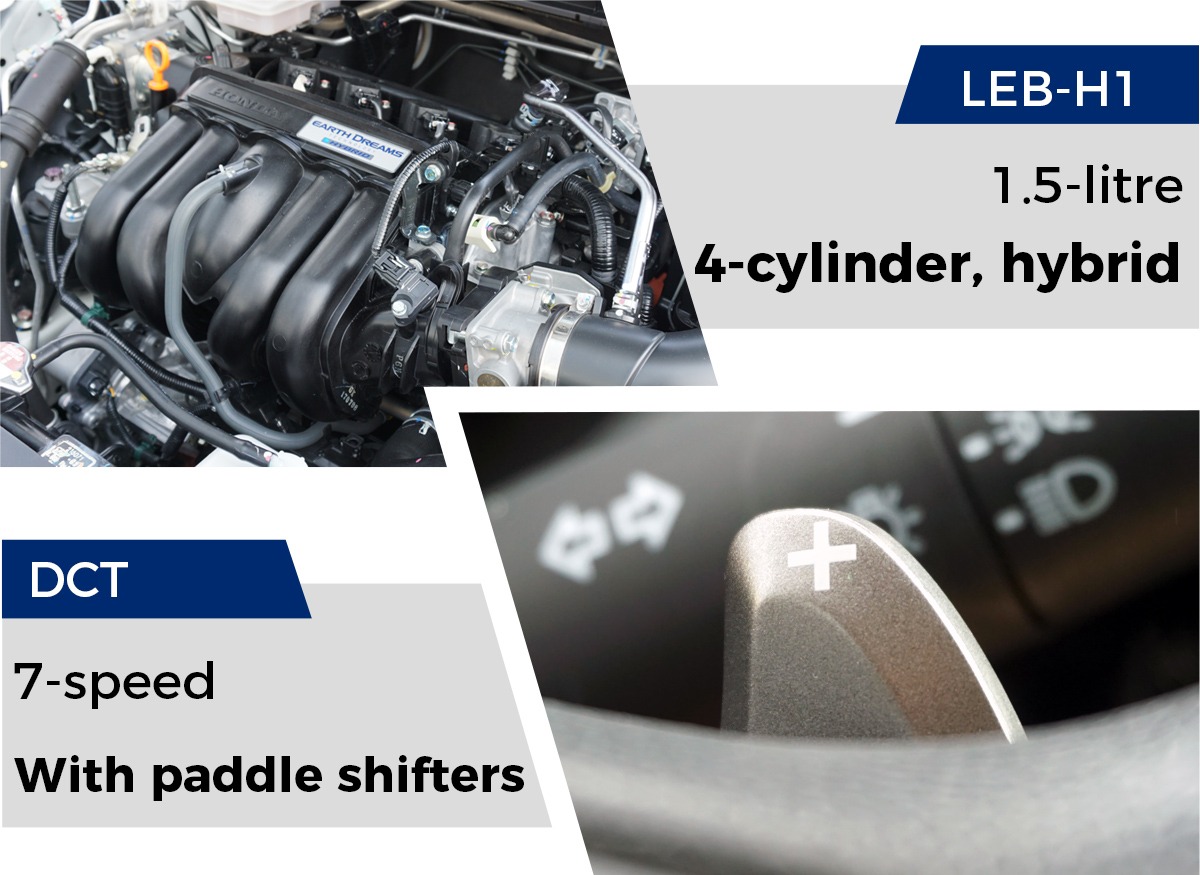 Thanks to its hybrid drivetrain, the City Hybrid boasts a combined system output of 137 PS and 170 Nm. These figures are less than the sum of both the engine’s and electric motor’s output is due to the fact that both figures peak at different rotational speeds.

Our own tests indicate that the City Hybrid completes the 0-100 km/h sprint in 10.6 seconds.

Although the City Hybrid features regenerative braking, we noticed that brake feel did not feel artificially boosted and easy to modulate, even in stop-and-go traffic. 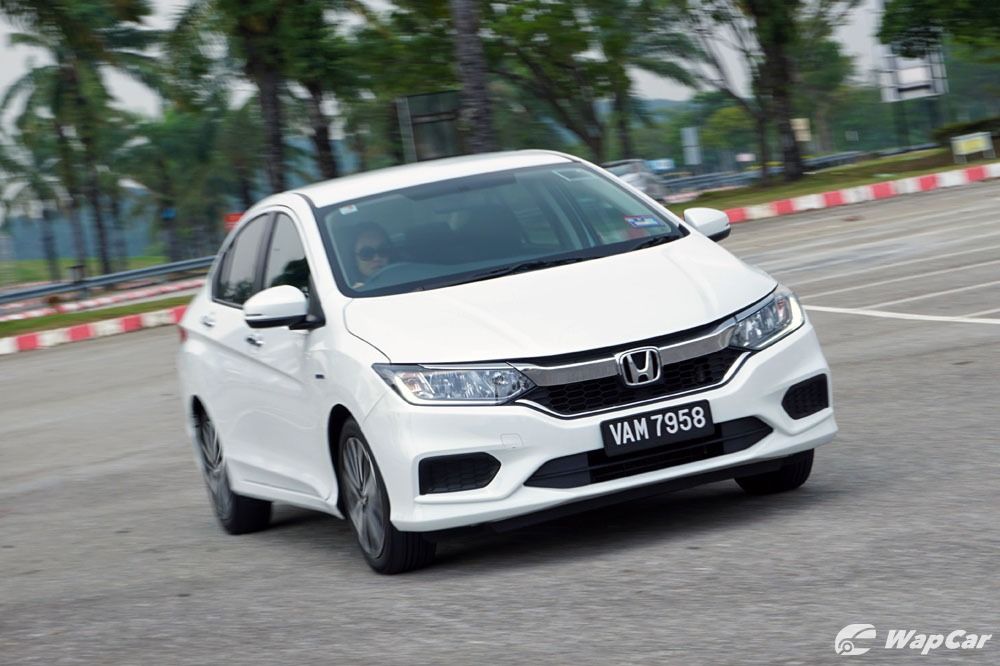 The City Hybrid also gets a number of handling enhancements over the regular City, including a more rigid A-pillar, additional strengthening at the rear bulkhead, a retuned steering gear ratio, and improved suspension tuning.

All these may seem minute, but in reality, the City Hybrid drives like a completely different car from the regular petrol City. 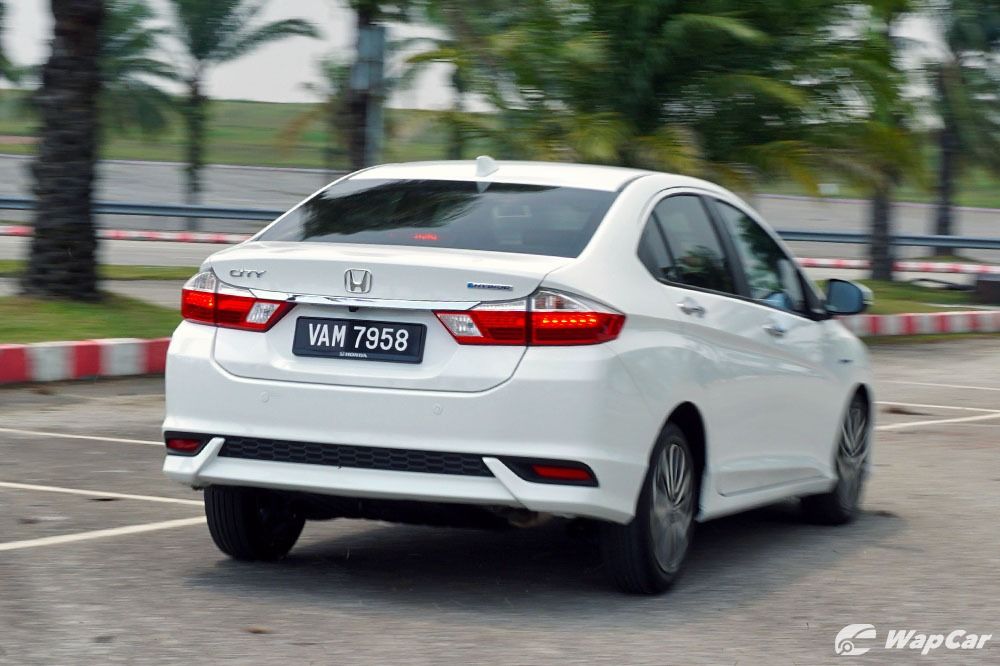 Turn-in is sharp, and the rear end of the City Hybrid follows steering input obediently, making it a joy for tackling corners. Body composure is also great, and couple that with the hybrid powertrain’s instantaneous torque delivery, it makes for an exciting driving experience. 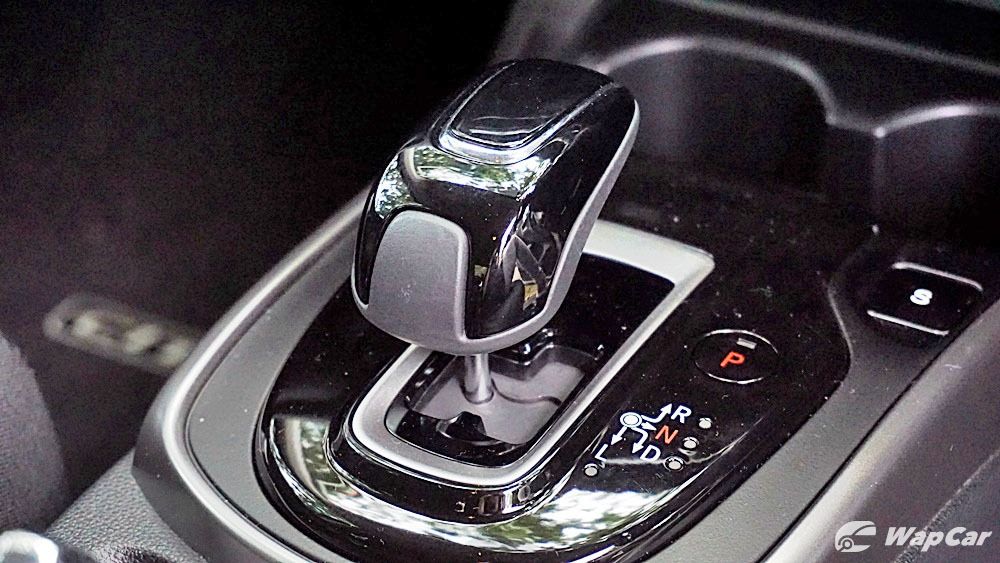 Further adding to the overall driving experience of the City Hybrid is its 7-speed dual-clutch transmission (DCT) that offers near instantaneous and seamless gear shifts. It is also worth noting is that the electric motor aids the City Hybrid when moving from a dead stop, reducing the jerky-from-start behavior of regular DCTs. 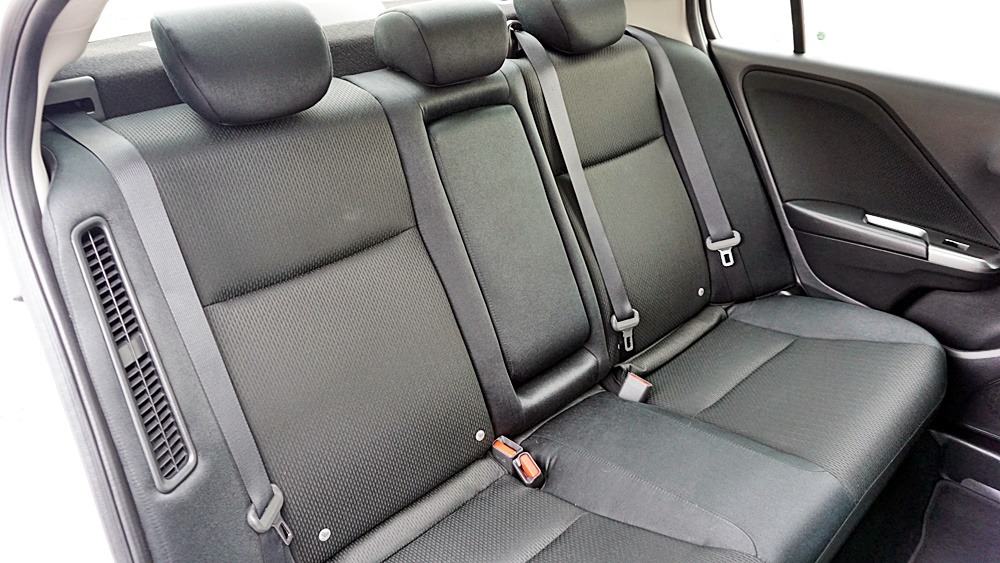 At 110 km/h, we recorded the cabin noise level to be at 70 dB. At idle, the cabin registers just 42 dB. On the move, the engine is quiet enough, aided by electric motors but at idle or low speeds, it sounds quite rough when it fires up to recharge the battery. 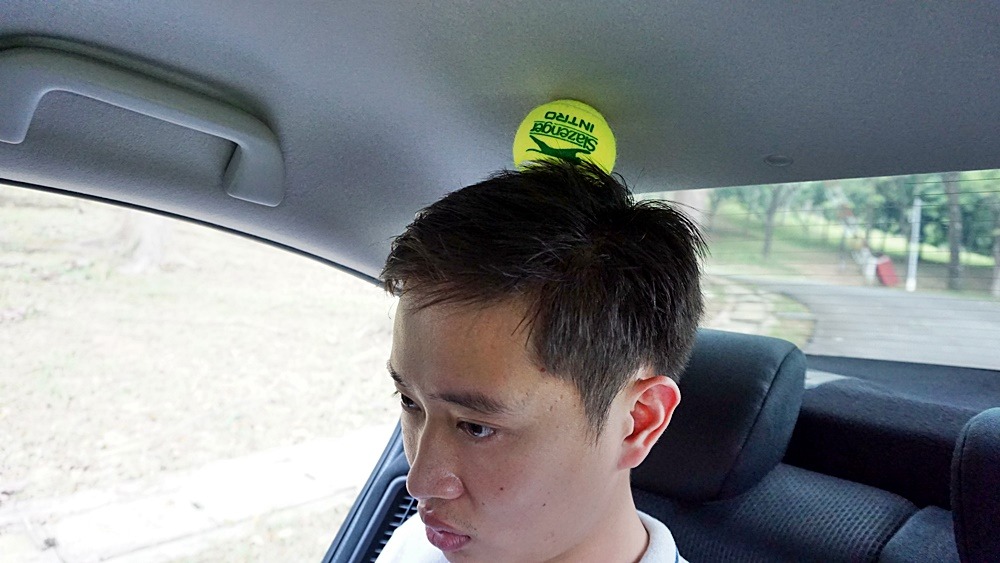 Rear seat comfort is also good in the City Hybrid, with sufficient recline angle and more than enough legroom. However, headroom could be tight for taller folks. 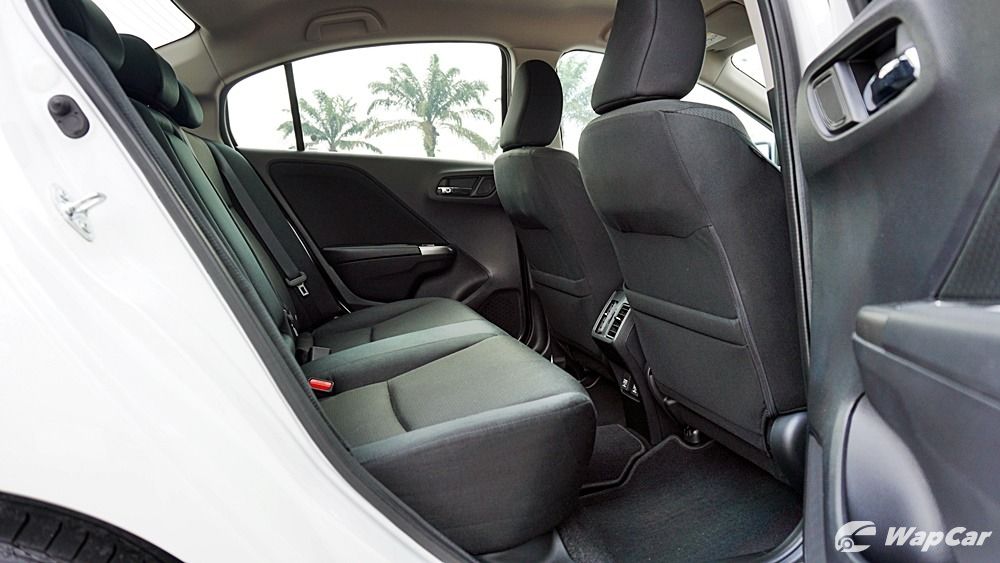 While the City Hybrid may get a more sophisticated drivetrain over the regular City, it loses out on the curtain airbags found on the City 1.5 V, with the total airbag count coming in at just 4.

After covering roughly 360 km with a mixture of urban and highway driving conditions, the City Hybrid returned 5.7-litre/100 km. We reckon that with some conservative driving, the City Hybrid’s fuel economy can be further improved. 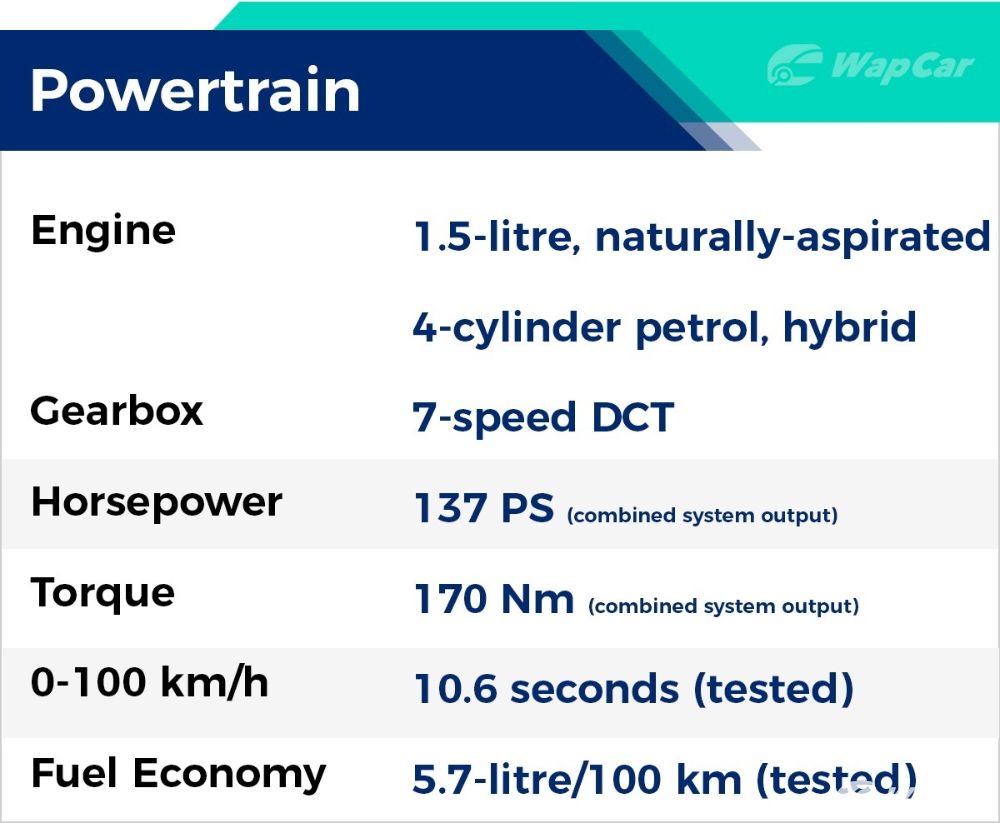 The Honda City Hybrid is a rather unique proposition from Honda Malaysia, as it offers the best of both worlds – excellent driving dynamics without sacrificing fuel economy. Setting the City Hybrid apart from the competition is its sophisticated drivetrain that offers best-in-class power figures, yet keeping fuel consumption as low as possible (Honda quotes a 3.9-litre/100 km figure) 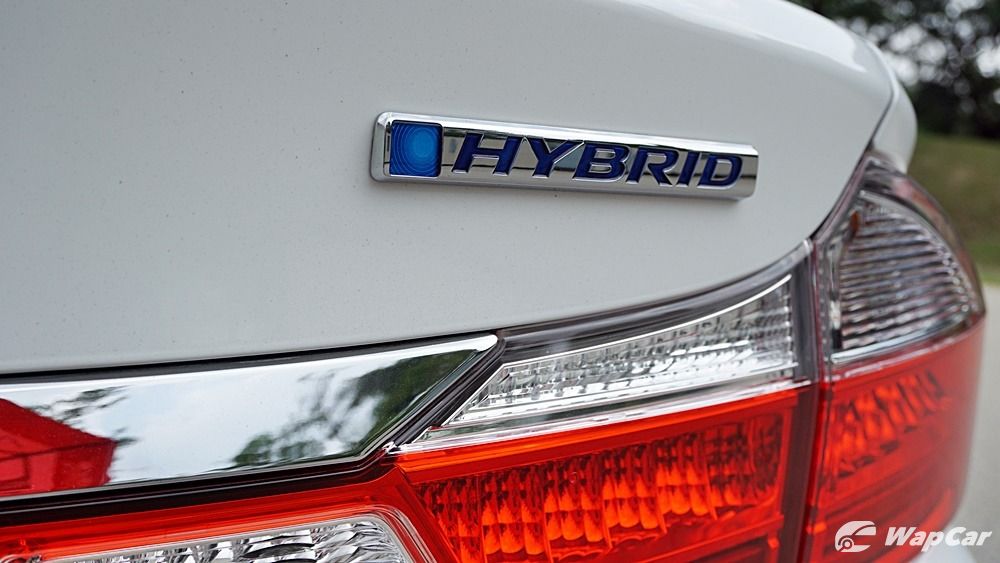 The biggest compromise, we reckon, is the lack of curtain airbags, which are available on the cheaper City 1.5 V. The City 1.5 V also gets leather upholstery, a nice soft-padded dashboard, 8-speaker audio system, and a spare wheel.