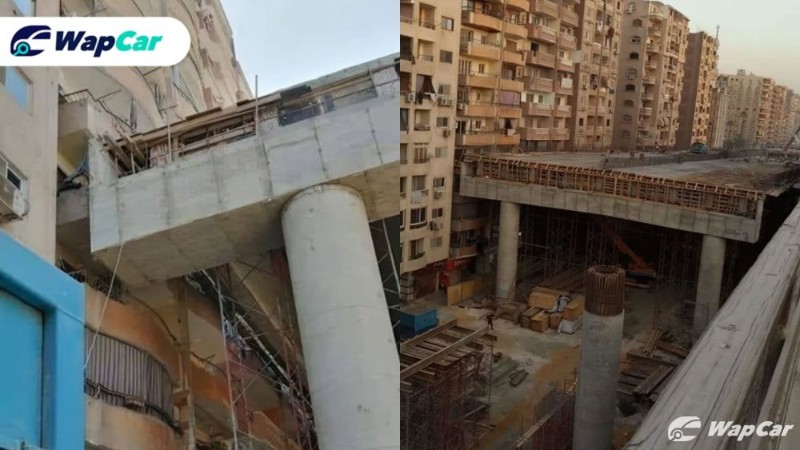 We understand that city infrastructure planning is a very difficult task, each location will have a specific zone to avoid or things can easily go haywire. While Malaysia has its fair share of poor planning structures *coughs traffic jam coughs*, nothing can compare to this highway in Cairo, Egypt that is built only 50 cm away from the nearest residential buildings.

When the MEX Highway project was announced, many residents of housing areas that the highway cuts through were dismayed by the news. Despite the highway being an elevated bridge a long way above their homes, the residents believed that it was not ideal to be living so close to the highway and even staged a protest of disagreement. 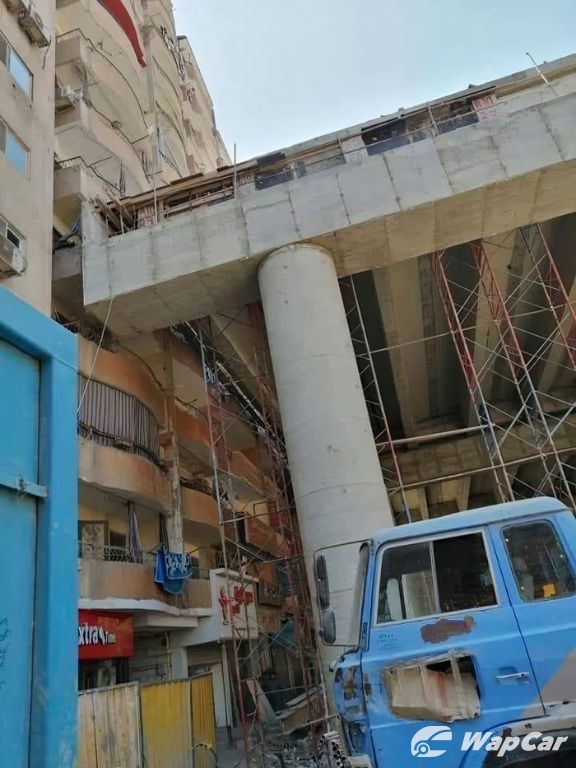 But nothing can compare to the Teraet Al-Zomor bridge that is under construction in Al-Haram, Cairo. At first glance, the highway construction looks as if it has collapsed on the building next to it. But that is not the case, the highway is just standing 50 cm away from the building. Can you imagine a highway within arm’s reach of your balcony? 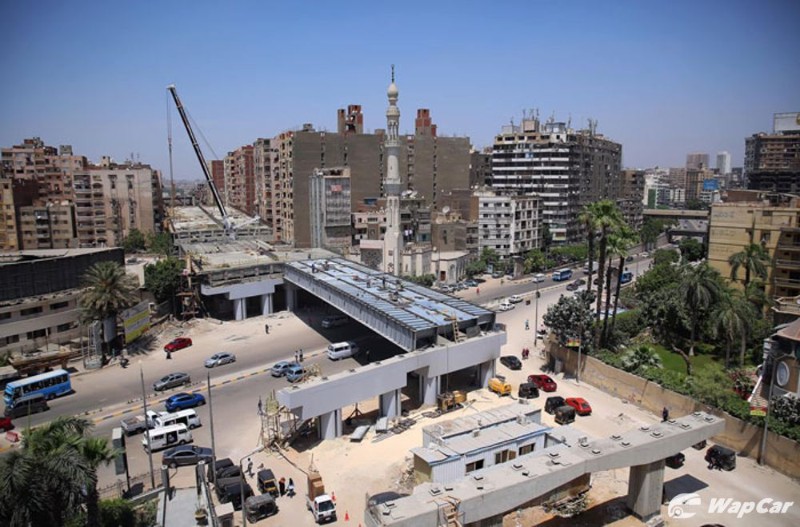 The highway is said to be 12 km long and up to 65.5 metres wide. It is estimated to cost 5 billion Egyptian pounds (about RM 1.3 billion).

When social media users caught wind of the photos, eyebrows were raised in both humour and concern. The general consensus was about the bad pollution and future health of the residents living next to the highway. There are also concerns about the safety of the residents as a car can easily plough into the homes, or worse, criminals might use the homes as an escape route from the highway. 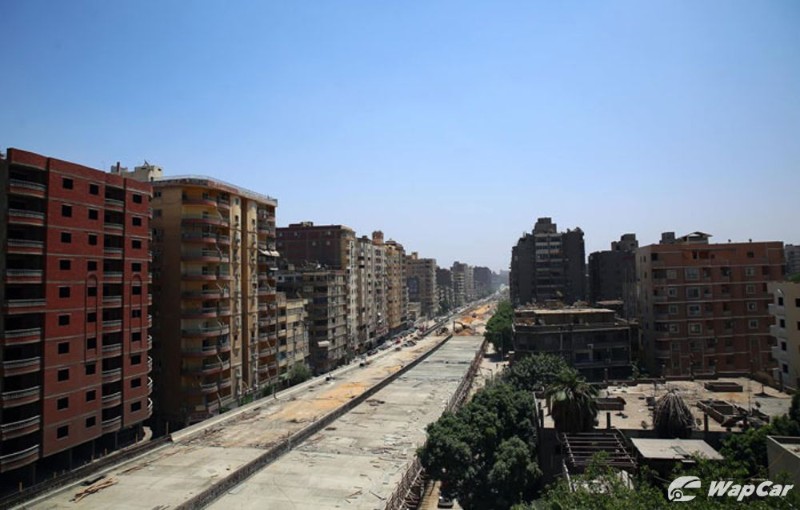 As it is, residents and shop owners alike have voiced their protest about the construction of the highway. Not only are they concerned with their safety but the shops on the ground level will be left in perpetual darkness, even now with the construction still ongoing, the shops are already bathed in said darkness. 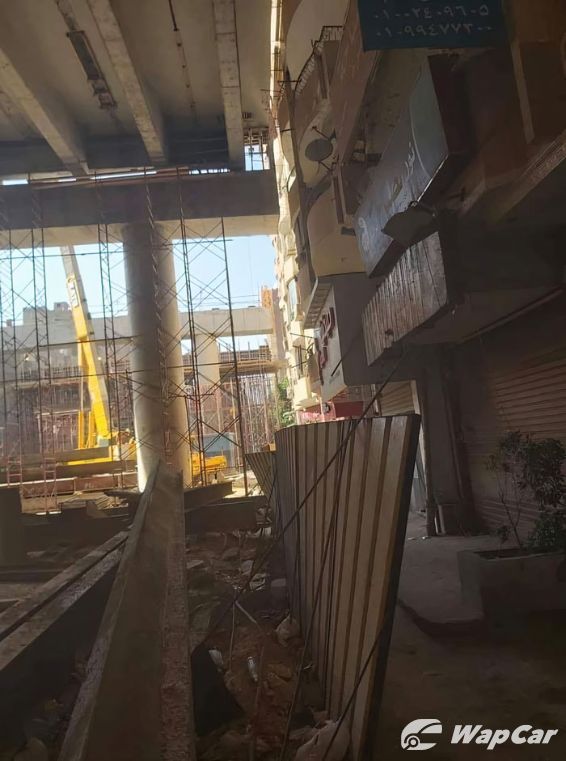 So, what exactly was the Egyptian government thinking when they gave the green light for the project? According to the Ministry of Housing in Egypt, these buildings were built illegally and the government has already issued a demolition process on the 4 closest buildings the moment construction is completed.

The state already has a plan to allocate 250 million Egyptian pounds (RM 69 million) as compensation to the residents living in the buildings. But therein lies the problem, said buildings already acquire the legal permits in 2008 and cannot be deemed illegal anymore. 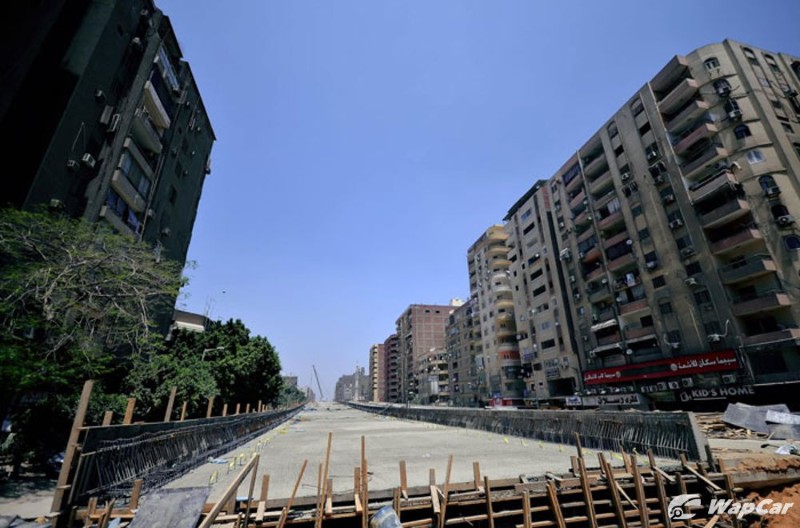 Construction works have been currently halted as various parties are pushing for a reconsideration of the project. We wonder which side will prevail over this debate and if the construction will continue or the government will decide to scrap the entire project.