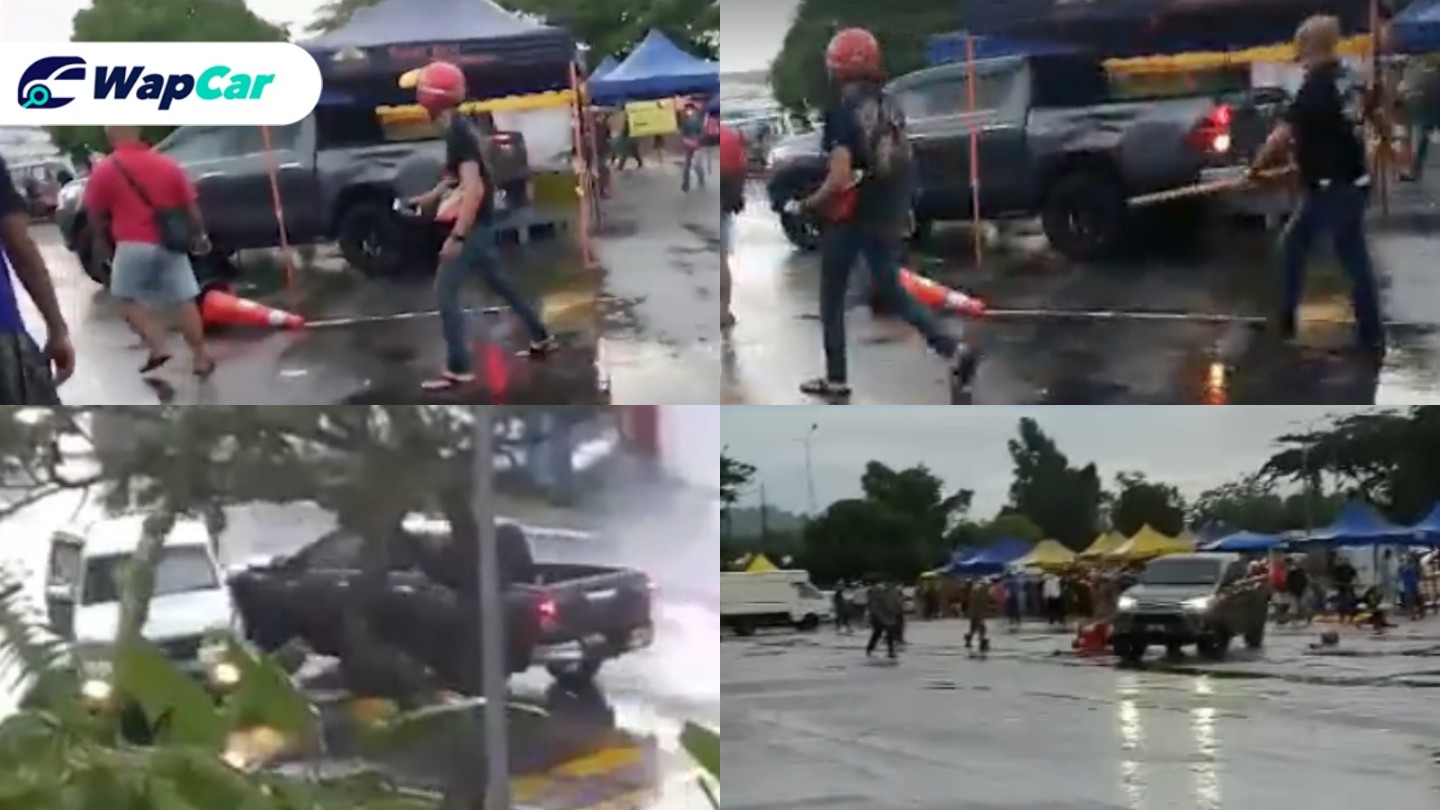 A video of a Toyota Hilux being driven GTA style around a Ramadan Bazaar has been making its rounds on social media.

Not only was the Hilux being driven in circles in a spaced-out bazaar, but it was also caught on camera ramming into another pick-up truck before driving off. Two men were reportedly injured from the Bukit Sentosa incident.

According to JPJ’s official Facebook page, the suspect has been apprehended by the Bukit Sentosa police and investigations are underway on the incident.