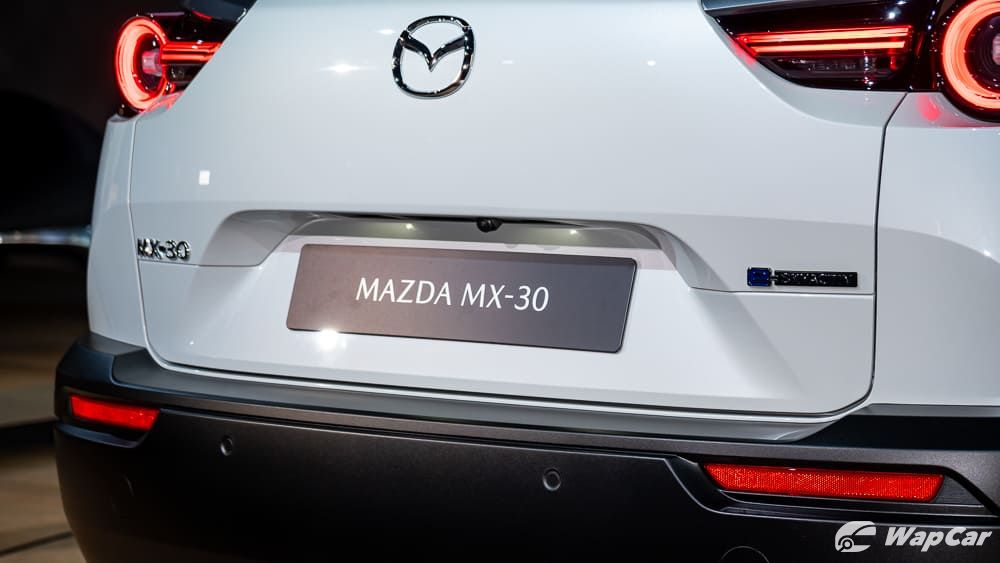 When Mazda pulled off the wraps of their new electric vehicle (EV) at the recently concluded 2019 Tokyo Motor Show, the press was not intrigued at the fact that this is the Japanese carmaker’s first EV nor is it the suicide doors but the name Mazda MX-30.

Utter the name ‘MX’ and one would immediately think of the MX-5. If you’re a little older, you’ll probably relate to the MX-3 and MX-6 too. The MX-3, 5 and 6 all have somewhat of a sporty image. 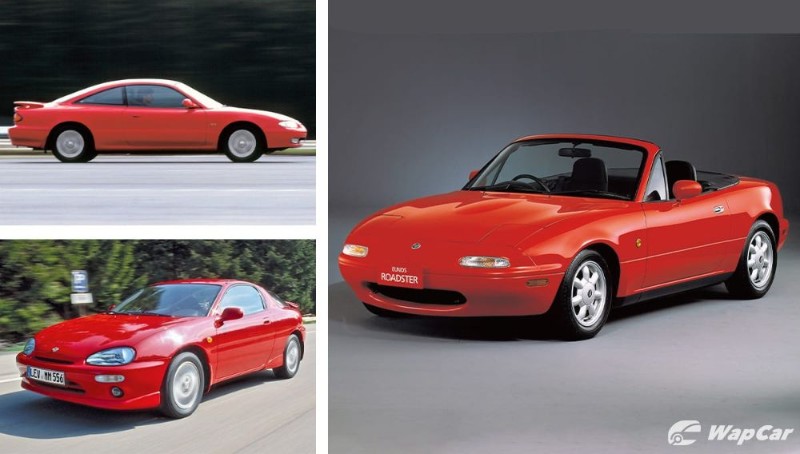 So, why did Mazda deem an all-electric crossover worthy of the MX nameplate? That’s because ‘MX’ is an abbreviation for Mazda eXperiment.

The ‘MX’ nameplate is used on cars that had great significance to the Mazda brand, be it in technology or design. It has to be a bold, ground-breaking product that challenged the conventions of the industry. Hence, Mazda eXperiment. 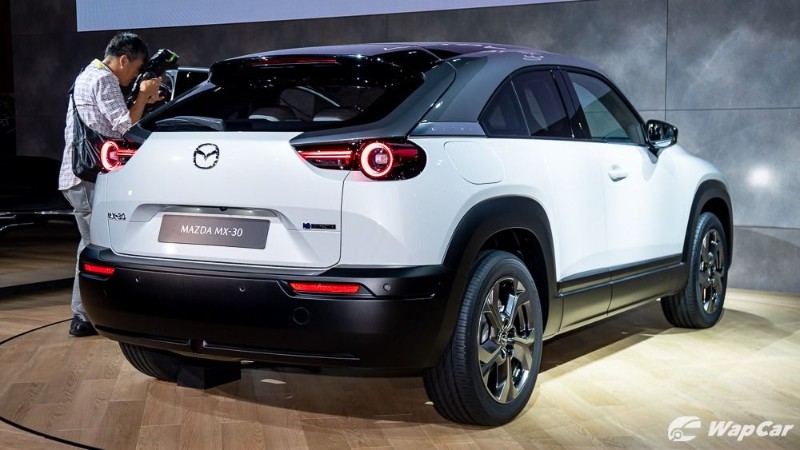 Let’s take a walk down memory lane and look at the history of the ‘MX’ name.

At the 1985 Tokyo Motor Show, Mazda presented this four-seater, four-wheel drive coupe with a four-speed automatic and four-wheel steer. 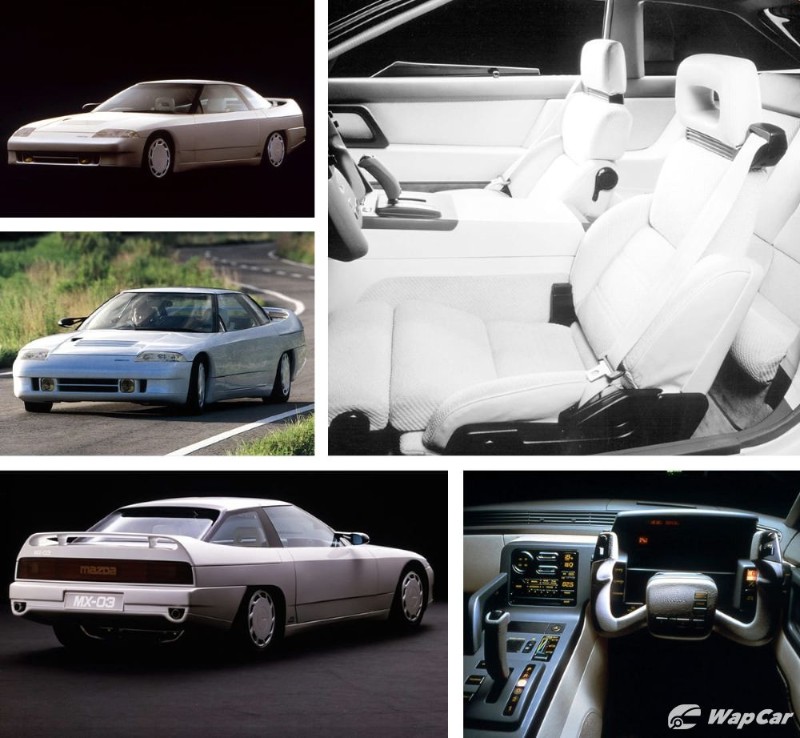 With all the fours why wasn’t it called the MX-04 then? It’s not that the Japanese are superstitious, but because the MX-03 has a 2.0-litre trimotor Wankel rotary engine under the hood that pushes out 320 PS. Madness.

The MX-03, unfortunately, did not go into production but it sent a strong message to the automotive world that the little carmaker from Hiroshima has big guns up their sleeve.

Two years later in 1987, came the Mazda MX-6. A front-engine, front-wheel-drive, four-seater coupe that shares the same platform as the Ford Probe. 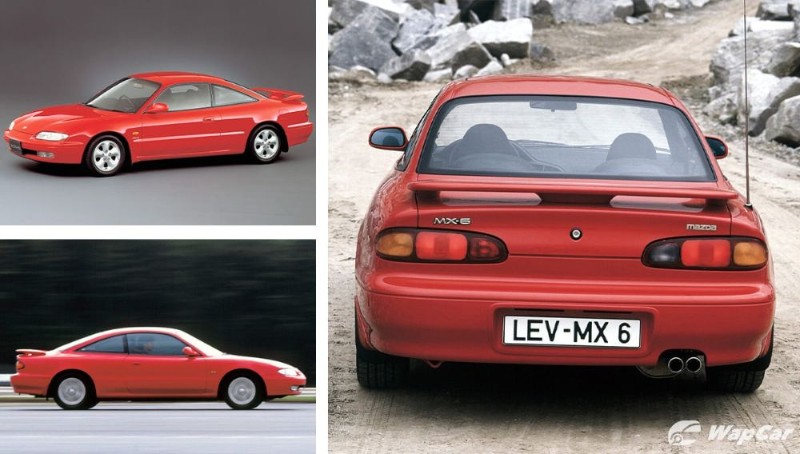 While the MX-6 doesn’t sound anywhere as exciting as the MX-03 concept, it had four-wheel steer (4WS), a 2.2-litre turbocharged petrol engine with 147 PS and 285 Nm of torque and a three-way electronically adjustable suspension.

The MX-6 was a coupe ahead of its time, offering advanced technologies, fun driving dynamics and sturdy reliability.

Next came the MX-5 in 1989, Mazda’s first lightweight roadster. It was another breakthrough for the Mazda brand, giving people the luxury to indulge in an open-top driving experience at an affordable price tag. 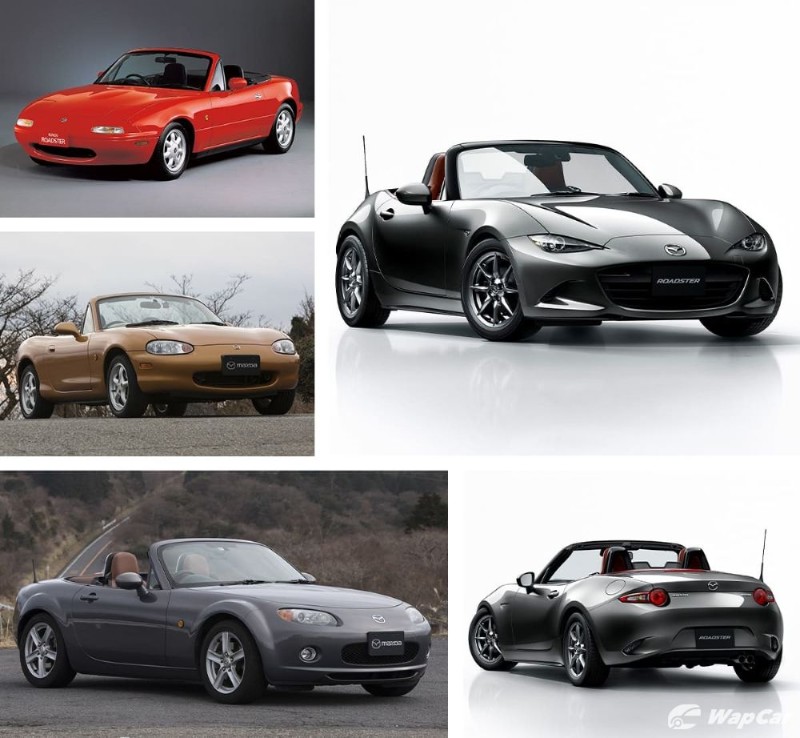 It was an important model for Mazda to drive the message of fun-to-drive cars to consumers. The MX-5 lived on to be the best-selling two-seater convertible sports car in history with over 1 million cars produced as of 2016. Malaysians get to enjoy the latest ND-generation MX-5 through local distributor, Bermaz Motor. 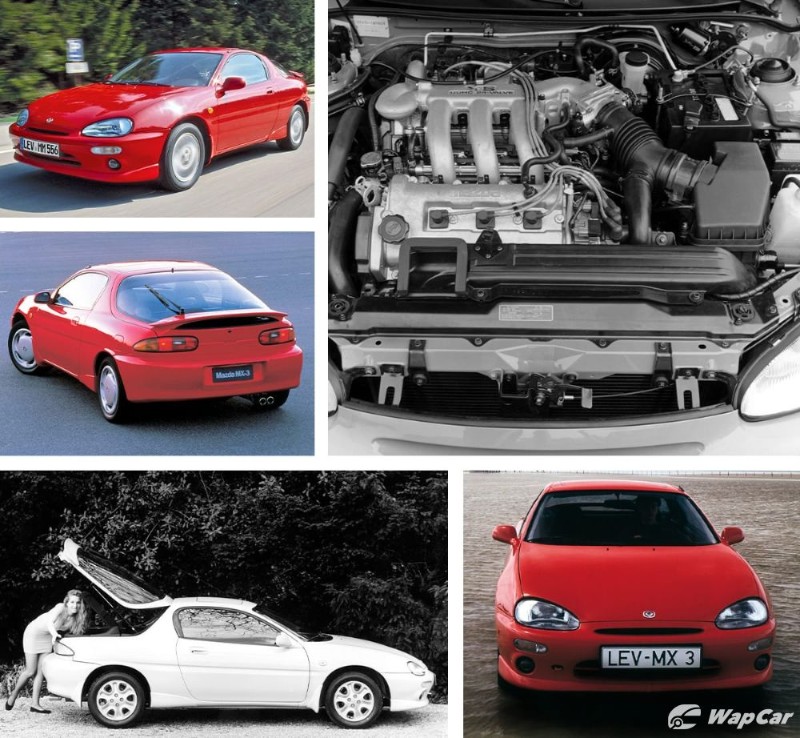 The engine which bears the K8 model code had a redline of 7,000 rpm and a fuel cut off system at 7,800 rpm. It was able to propel the two-door, front-wheel drive coupe to a factory claimed a maximum velocity of 202 km/h. Making it one of the best performing coupes in its class.

Each model of the ‘MX’ symbolises a new chapter in the Mazda brand, an attempt to provide a unique value proposition for its customers – whether it works in Mazda’s favour or not, is beside the point.

Hence, their first EV, the MX-30 is named as such because it represents Mazda’s maiden voyage in electrification. 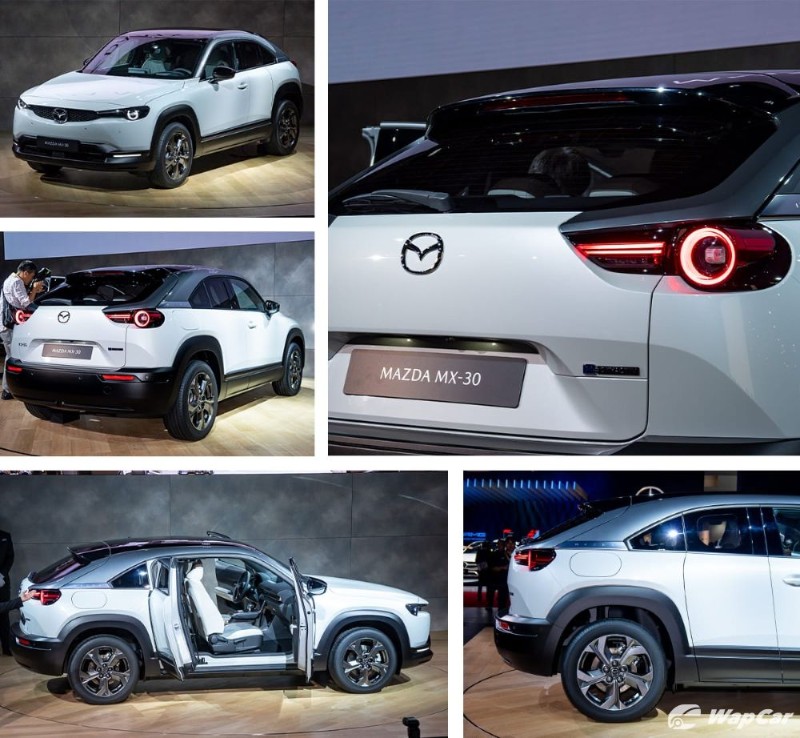 Unlike other brands in the EV race pushing for crazy output figures, large battery packs and extended driving range, Mazda’s philosophy in making electric vehicles is to offer a zero-emission vehicle that fulfils all the driving needs in the city without committing to more well-to-wheel CO2 emissions (CO2 produced from oil extraction to combustion applied throughout the car's lifespan) than a conventional internal combustion engine (ICE) powered vehicle.

It’s a bold move from Mazda, offering a BEV with a mere 200 km driving range (estimated on WLTP cycle) from a 35.5 kWh battery pack. Especially when the competition offers a driving range equivalent to ICE vehicles. 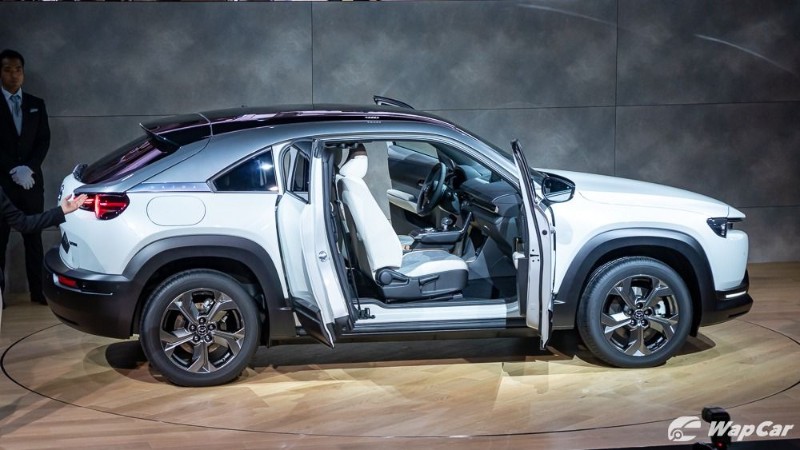 Based on the company’s findings, a typical BEV owner does about 50 km of driving every day, which the MX-30 is more than up for the task. Not only that, 70% of BEV owners own an ICE vehicle and will choose to take their ICE vehicle on longer journeys.

Mazda does not see BEVs replace the conventional ICE vehicle. Instead, the two vehicles complement each other to reduce our carbon footprint in a substantial and sustainable way. 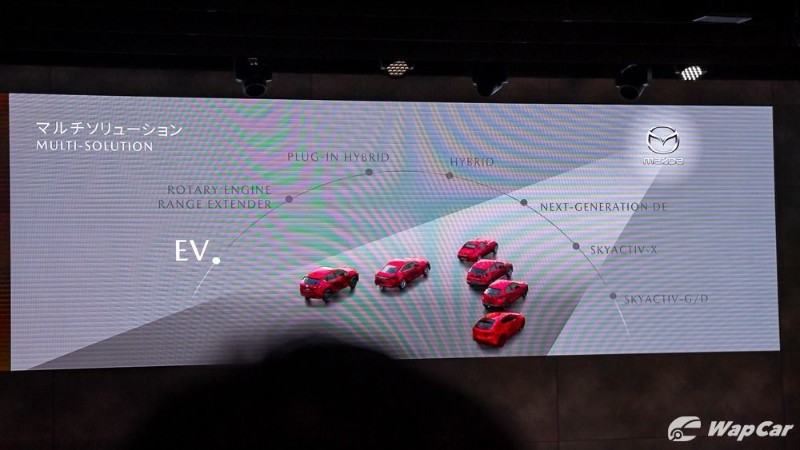 This is Mazda's way of challenging the status quo and changing how we use cars for the betterment of the environment. Which is why their first electric vehicle, is called the Mazda MX-30.