Home > News > Why Toyota sucks so badly in moose tests, and should you believe it?

Why Toyota sucks so badly in moose tests, and should you believe it? 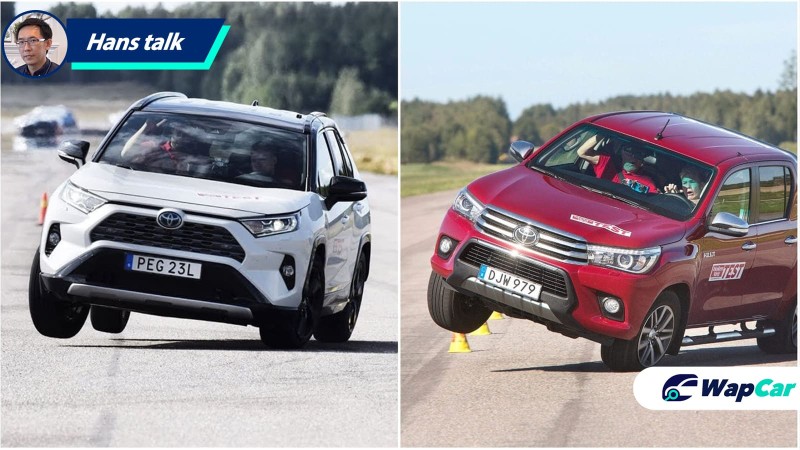 Back in 2016, the Toyota Hilux made headlines when it tipped on two wheels while undergoing a so-called ‘moose test’ conducted by Swedish automotive media Teknikens Varld. This is the second time the Toyota Hilux has failed the test, as the previous generation Toyota Hilux also had the same problem.

In September 2019, Teknikens Varld repeated the same test with the latest Toyota RAV4, and the results weren’t very good either. 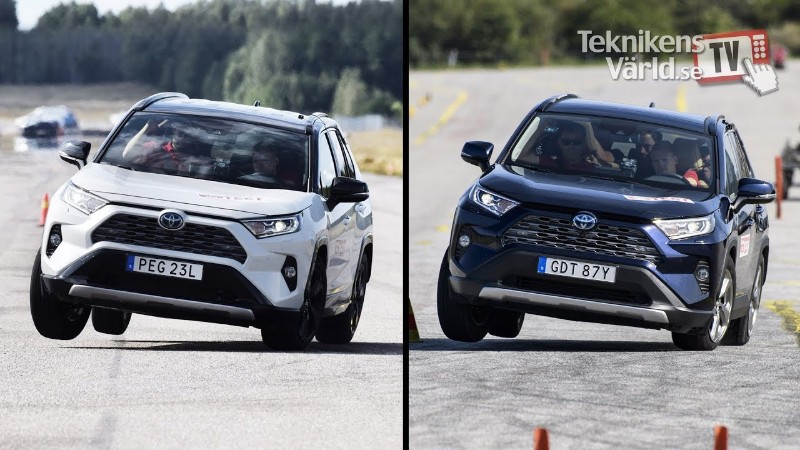 So what’s wrong with Toyota cars? But first, what is a moose test? 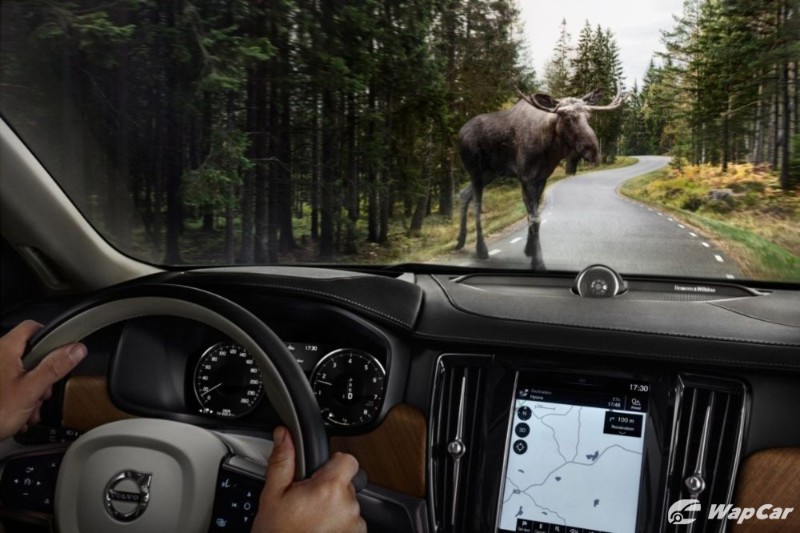 The test involves accelerating a vehicle towards an imaginary obstacle, into a lane lined by safety cones, make a sudden flick of the steering wheel before correcting its path.

The test is repeated with increasing speeds until it starts hitting one or more cones. The maximum speed the vehicle can complete the course without hitting any cone(s) is recorded. 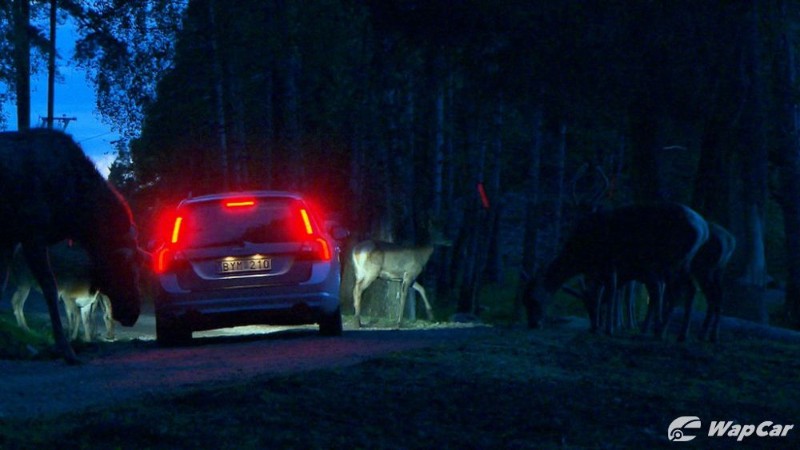 Why is moose test becoming a popular topic?

Moose test is popularized by Teknikens Varld, which became known in many parts of the world because of its annual moose tests.

The publication has an outsized influence. Despite gaining worldwide recognition, its website’s reach is actually lower than many Malaysian publications and so are its Youtube views, with the exception of Moose test videos, which they continue to do with increasingly controversial findings.

What other cars have failed their moose test? 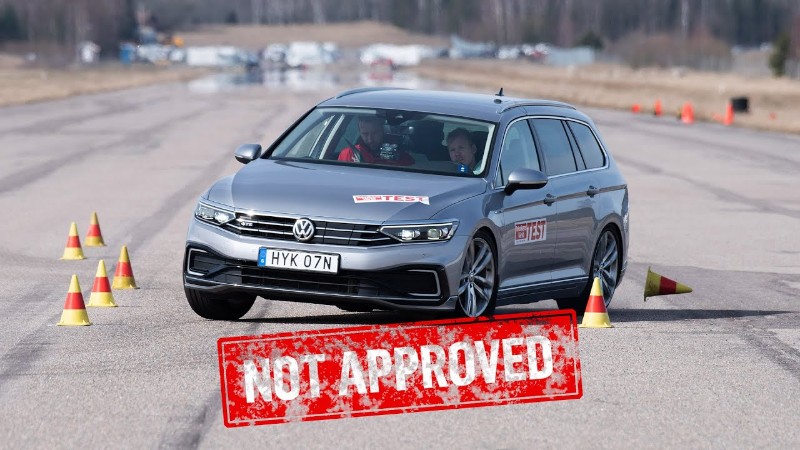 The Golf did worse than the Toyota RAV4 (68 km/h) but few talk about it because the Teknikens Varld didn’t upload the video.

Yes and no. Like everything else, it needs to be taken in context.

Yes, moose test is important because it determines if the car is able to avoid a crash. No because having a car that passes the moose test has little relation with you actually avoiding a crash. Here's why:

70 percent of drivers will fail to do an evasive maneuver even at just 60 km/h. We know because WapCar has two advanced driving instructors in our team – Zamil Syaheer and Jason Ngion. 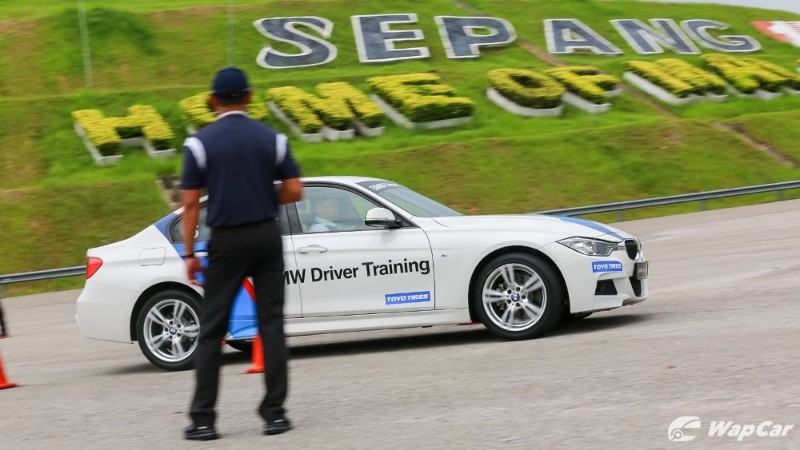 Why? Because most drivers fail at getting the correct seating position, use wrong visual (not looking far ahead, objection fixation vs looking at direction of steering) and steering techniques, and have poor judgement of speed vs braking distance.

You also can’t insist that moose test is important if you argue against Volvo’s 180 km/h speed limit. That’s a severe form of cognitive dissonance because both are championed simultaneously by the Swedish government.

According to Teknikens Varld, a Nissan Qashqai is safer than a Toyota RAV4, because the former cleared the course at 84 km/h, while the ‘dangerous’ RAV4 that nearly tipped over, did just 68 km/h.

However, I also dug through Tekniken Varld’s archive, and found that the best, safest car to ever clear their moose test is……wait for it……..a 1999 Citroen Xantia, at 85 km/h.

Tekniken Varld’s moose tests also says that a Nissan Qashqai (84 km/h) is better at avoiding obstacles than a 991 generation Porsche 911 Carrera 4 GTS and a McLaren 570S, both did only 81 km/h.

The Qashqai's results is also better than a BMW M4 (79 km/h) so all you vehicle dynamics engineers can throw away everything you've learned. BMW M should learn from Nissan.

This data set is enough for me to conclude that Teknikens Varld’s moose test is a cock-and-bull publicity exercise that relies on increasingly controversial results to promote themselves. 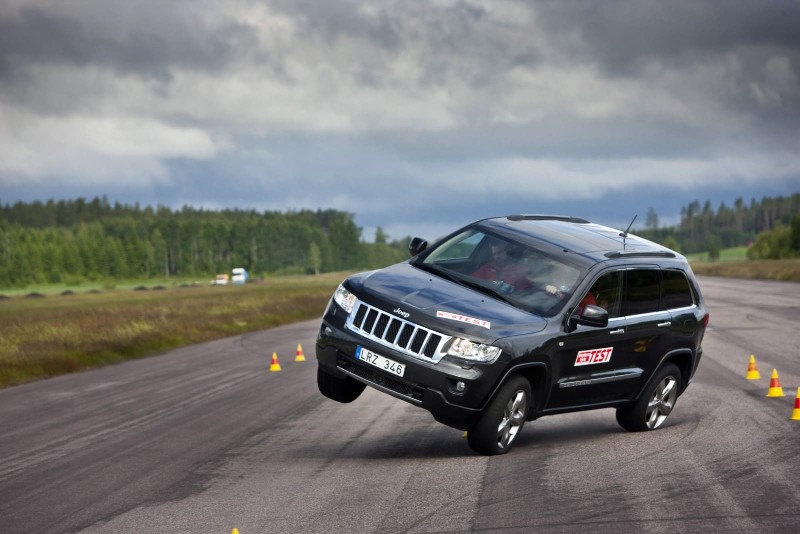 Sensing something amiss with the results Fiat Chrysler’s engineers flew to Sweden to observe a repeat of the test. This time, under the engineer’s watchful eyes Teknikens Varld couldn’t tip the car - after 11 attempts. All four wheels stayed planted.

Curious by the outlandish claim, German publication Auto Motor und Sport can't help but waded into the controversy to repeat the same moose test but not with Fiat Chrysler engineers. Instead, they invited Europe’s largest automobile club ADAC as an independent observer and the test was done using guidelines given by the German Automobile Industry Association (VDA).

The result? The Germans couldn’t tip the Jeep over either. No matter how hard they tried, nein, no lift happened. The Germans gave up and called Tekniken Varld's claim bogus.

Auto Motor und Sport repeated the test with varying loads, multiple runs with 2 to 5 adults, but never once did the Jeep tipped itself.

Repeatability of an experiment is a fundamental test of truth. If a claim cannot be repeated by others with the same results under the same conditions, then the claim is bogus.

Fiat Chrysler engineers suspect that the Jeep tipped because Teknikens Varld had intentionally overloaded it. 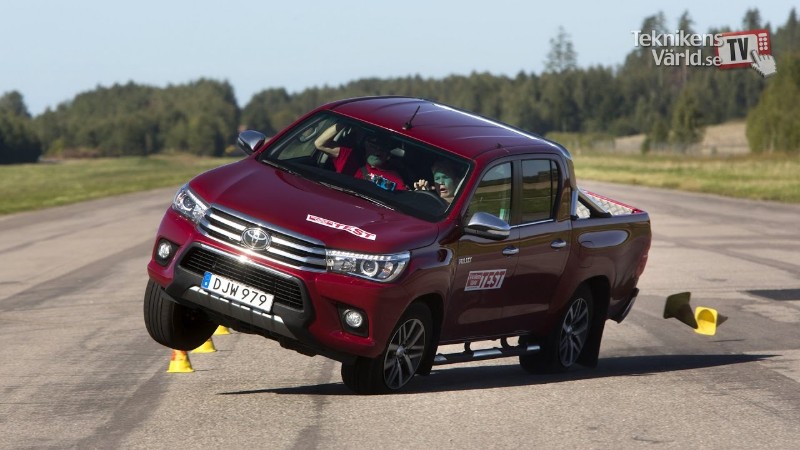 It was the same story with the Toyota Hilux and Toyota RAV4. Toyota couldn’t replicate the supposedly dangerous behaviour of the Hilux and RAV4 but being a Japanese company, their response was less combative (they saw how unproductive the Fiat Chrysler vs Teknikens Varld dispute was).

Toyota invited Teknikens Varld to repeat the same action for them to see, but to make it less confrontational, Toyota said the cars prepared for this re-test have been given a software update to the ESC, but declined to give any further details.

We think that’s just a face-saving gesture by the polite Japanese for the Swedes, given the combative language used by Teknikens Varld. It's a placebo test planted by Toyota to see if these guys’ claims are legit. Toyota declined to discuss further on the topic but we strongly believe that the cars used in the second test were actually identical to the earlier ones. No software update was done.

If Toyota did update the ESC software, the company is bounded by regulations to issue a recall, because it's a safety-related problem. Toyota never issued any recall anywhere in the world to update the Hilux/RAV4’s ESC, not even in Sweden.

The RAV4 have had multiple recalls, none related to its stability. 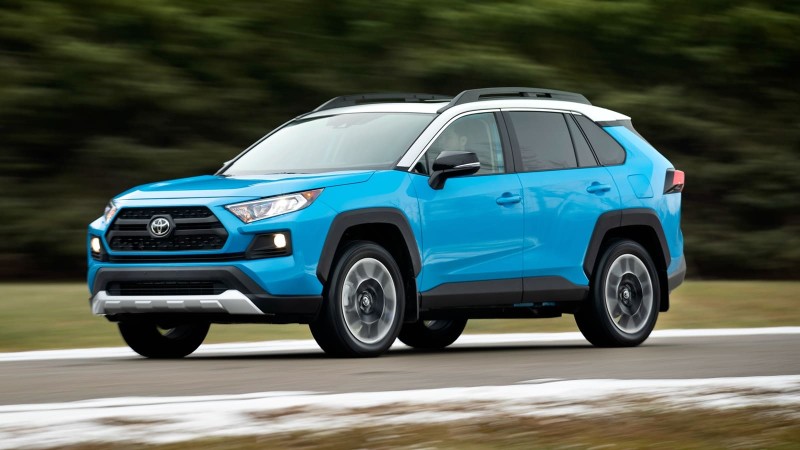 As expected, Teknikens Varld couldn’t repeat the results and they would later say that they have tested the ‘updated’ Hilux and RAV4, both of which passed the test.

Despite the seemingly ‘dangerous’ behaviour reported by Teknikens Varld, no safety authority saw it necessary to query Toyota on when the update will be release and if there will be any recall. Not by the Swedish government, not by USA’s NHTSA, not Japan’s MLIT, or Germany’s KBA. 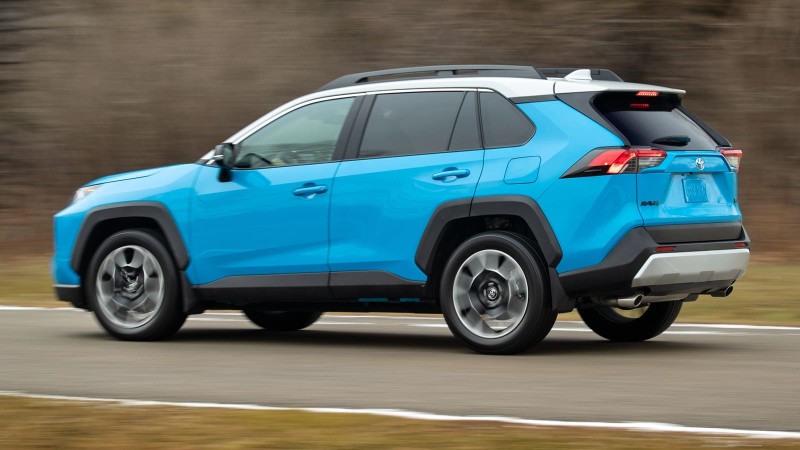 So what’s a reliable test?

The biggest variable/problem with a moose test is the driver. If you try hard enough, you can tip pretty much any tall riding regular car.

It’s actually quite easy to do it - accelerate hard to shift the weight balance to the rear, at the right moment you suddenly lift off the throttle, causing weight to suddenly shift to the front and just as traction at the rear is reduced due to the weight shift, you yank the steering wheel in a very aggressive manner.

This is exactly why no manufacturer does moose tests – because it’s not reliable.

Instead, manufacturers use the sine with dwell test, better known as the standardized ISO 3888-2 test, which requires robotic controls fitted on the steering so exactly the same steering torque and consistent steering angle is applied each time.

Unlike the method used by Teknikens Varld, the ISO-3888-2 method requires the width of the exit and entry lane to be adjusted according to the width of the car. Obviously a narrower body Nisan Qashqai will find it a lot easier to speed pass the course than a wider body Toyota RAV4, duh!

Teknikens Varld argues that roads can’t be resized. OK, so do all moose appear at identical width Swedish rural roads then? There’s a reason why international ISO standards are adopted.

More importantly, the ISO 3888-2 requires tests to be repeated in both steering directions, which the Swedish publication don’t do. Surely moose don’t appear in just one direction right?

The ISO 3888-2 emergency lane change test standard is the basis for United Regulations No.140 used by Europe and Asia and FMVSS 126 used by USA. When it comes to ‘moose tests,’ these are the only two results that matter and all cars fitted with ESC are tested this way, at 80 km/h.

Any other claim made using own arbitrary standards is just a subjective opinion, not entirely wrong, but the results have to be taken in context.