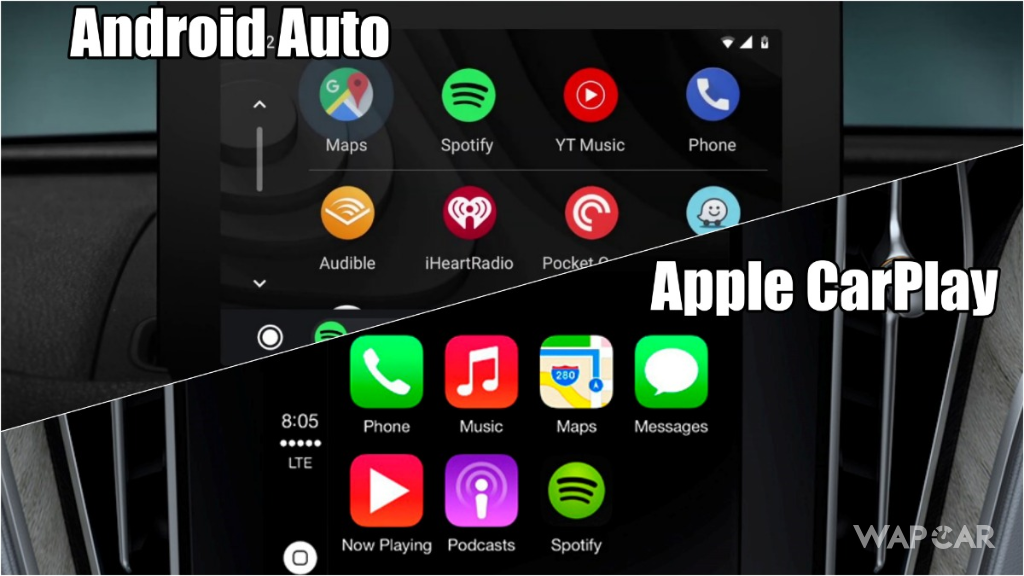 I remember the first time I tried Android Auto – it was back in 2016 with the debut of the all-new tenth-generation Honda Civic. I plugged my phone via USB into the Civic, went through a few confirmation screens on my phone and started Android Auto itself.

Android Auto, as how Google envisioned it, is their answer to bridging smartphones and in-car infotainment, allowing drivers to enjoy a tailored Google experience while driving. In case you’re wondering, Android Auto is strictly limited to Android phones.

However, getting the Android Auto app itself was a bit of a challenge, as I had to find for the installation file from the web and manually install Android Auto on my phone as Google has yet to introduce this service here in Malaysia.

Wait, you must be asking why go through all these hassle just to get Android Auto, when it’s much easier to mount your phone on the windscreen or dashboard. Plus, one can also argue that by mounting the phone on the windscreen, it’s better for the driver’s line of sight, as he doesn’t need to constantly turn his head to get information.

However, I personally prefer to keep my dashboard and windscreen free of clutter and distraction. Having a phone mounted to the dashboard also poses as a safety risk, as it can act as a projectile in an accident.

In cars like the Honda CR-V and Civic, Android Auto’s integration with the car goes as far as showing turn-by-turn navigation instructions in the digital instrument cluster.

Furthermore, the large font and big icons are easier on my eyes, instead of trying to read texts from my phone.

Another feature I use a lot on Android Auto is the messaging feature, which utilizes Google Assistant to read out messages. I can also reply to messages via voice command, making it less of a distraction than typing it out on the phone.

What About Apple CarPlay?

On camp Apple, CarPlay offers similar functionality as Android Auto. What separates Apple CarPlay and Android Auto is the fact that the former is baked into the iPhone’s operating system itself, instead of needing a separate app. As such, Apple CarPlay is more widely used than Android Auto.

I’ve also spent some time testing out MirrorLink on some cars, but my experience with this system has been far from ideal as MirrorLink is a rather clunky system to begin with.

Not every phone supports MirrorLink, and if a phone is supported, getting it to work with the car is another hassle, as MirrorLink is particular about the USB cable used. Furthermore, at times when MirrorLink does decide to work, I noticed that my phone battery goes down rapidly, as the car’s USB port lacks sufficient power to charge the phone whilst it is in use.

All-in-all, I prefer to use Android Auto and Apple CarPlay over a built-in infotainment system, as both these systems offer superior functionality and usability. For someone like me that relies heavily on Google services, Android Auto is the closest I can get to a smartphone in a car, making it an important aspect for any modern-day car.