HomeNewsA "cheap tyre” is going to kill you, here is why good tyres costs more

A "cheap tyre” is going to kill you, here is why good tyres costs more 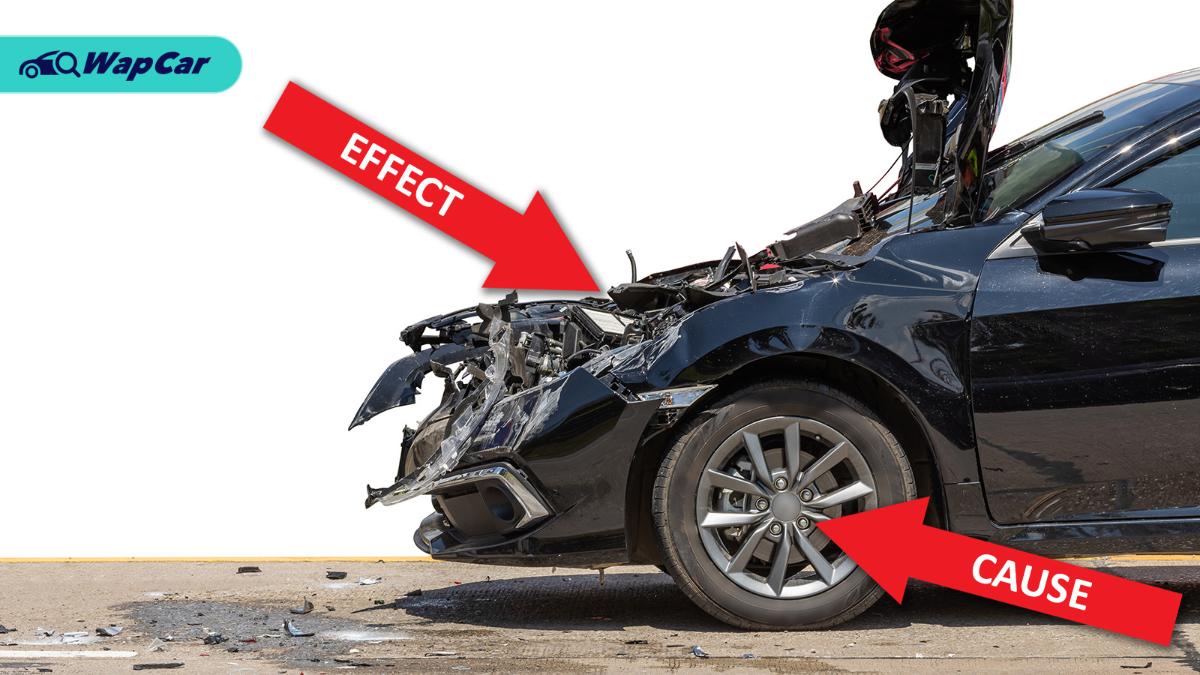 I don’t know about you, but tyres are a fascinating subject to me. I spend hours researching on what sort of tyre should I go for next. Full-on performance rubber? Or maybe I should give my back and ears a break and opt for a more comfortable option. 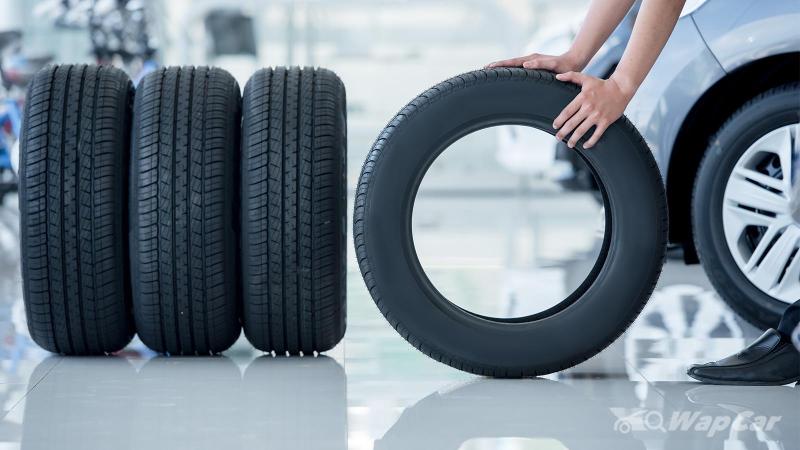 One thing is for sure, I will be splashing my cash for one from a manufacturer of repute. And thankfully I’m not alone on that opinion. The responses from our dear fans and readers on WapCar Forum topic of cheap vs premium tyres were very encouraging. It is good to see that many are aware of the value of a good set of tyres. 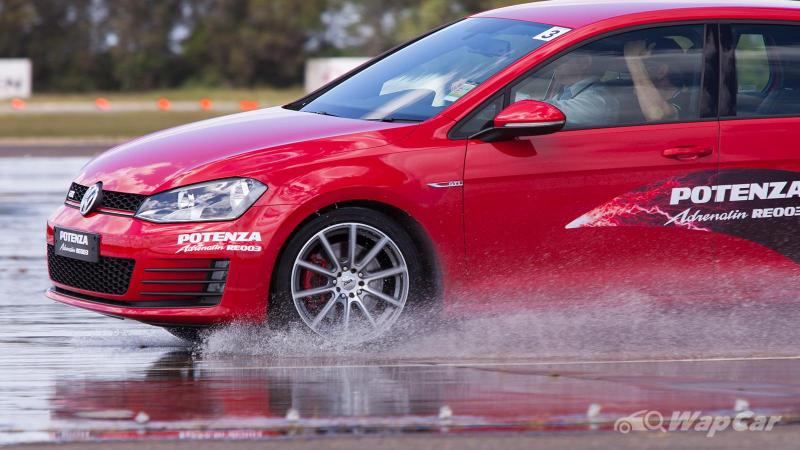 As correctly pointed out by our readers, you really do get what you pay when it comes to safety. Go online and you’ll find a myriad of tyre tests that demonstrates that point. Most tests show tyres from reputable manufacturers have a clear advantage over the “cheap option” in braking performance and grip.

Cheap out at the shops all you want, but there will be no turning back when you and your family find yourselves in a dangerous situation on the road.

However, considering the advancement of technology we have seen in recent years, will reputable manufacturers be able to maintain that advantage? After all, if today’s Perodua has ADAS like a Mercedes-Benz, maybe a cheap tyre will deliver nearly the same results as those from the big-name manufacturers. 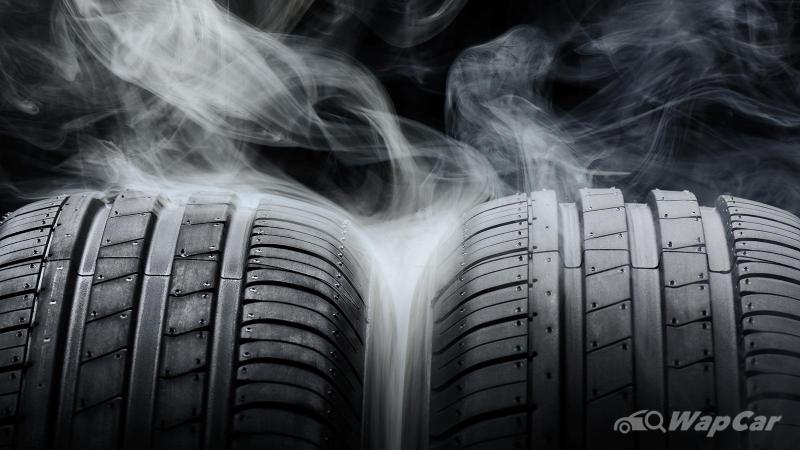 While tyres and cars operate in the same automotive sphere, comparing the two when it comes down to business model is an apple to oranges comparison.

Contrary to the cool names manufacturers use to describe its safety systems, like DISTRONIC PLUS or City Safe, beneath those badges some features are running on similar hardware. Many manufacturers don’t even build these safety systems from scratch.

Also read: How many PSI / kPa do I have to pump into my tyres? 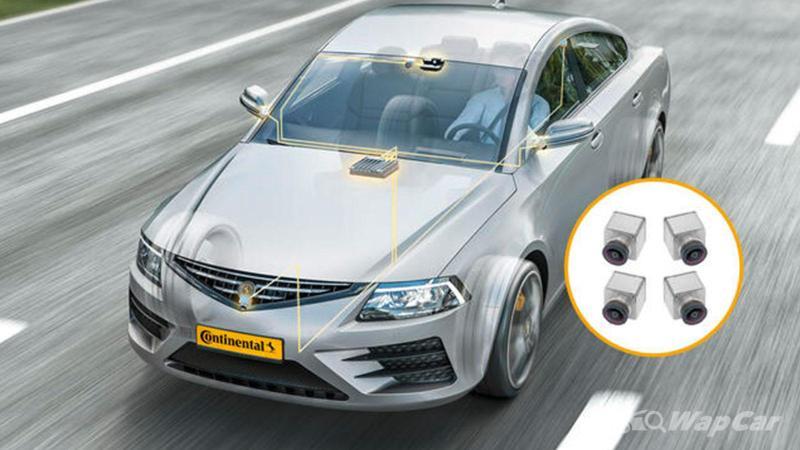 Instead, manufacturers work with suppliers like Bosch, Continental AG, and Denso to acquire the hardware that makes these systems work. This lowers the development costs of advanced safety systems to such a point that Perodua owners can now enjoy some of the safety features once afforded to 2000’s Mercedes-Benz owners. 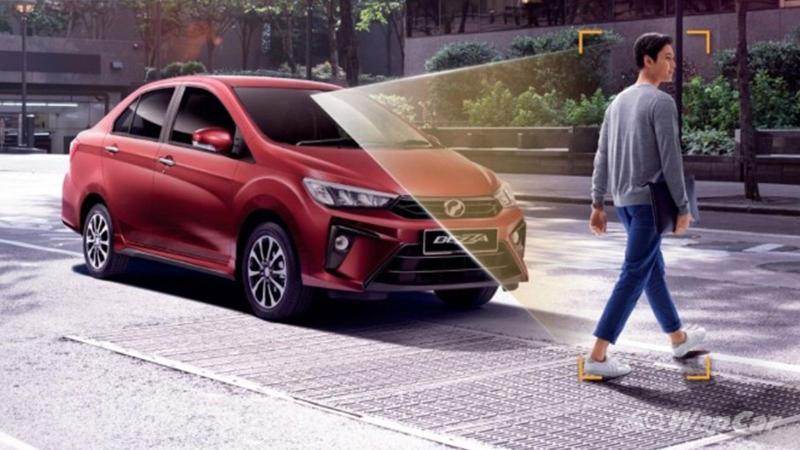 This supplier-manufacturer relationship is what has driven the widespread usage of advanced safety features and other luxury features. So much to a point, one has to ask if there is a reason to buy “premium” brands anymore. The same, however, cannot be said about how the tyre industry operates. 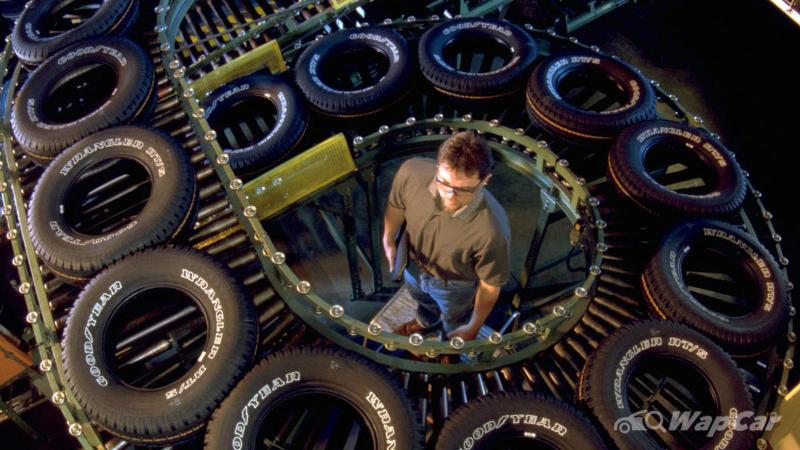 All tyres look broadly similar and you shouldn’t judge it by looks alone. A tyre’s tread pattern is only a small part of what makes it a good or bad tyre. Like someone with daddy issues, tyres are extraordinarily complex beneath the surface. 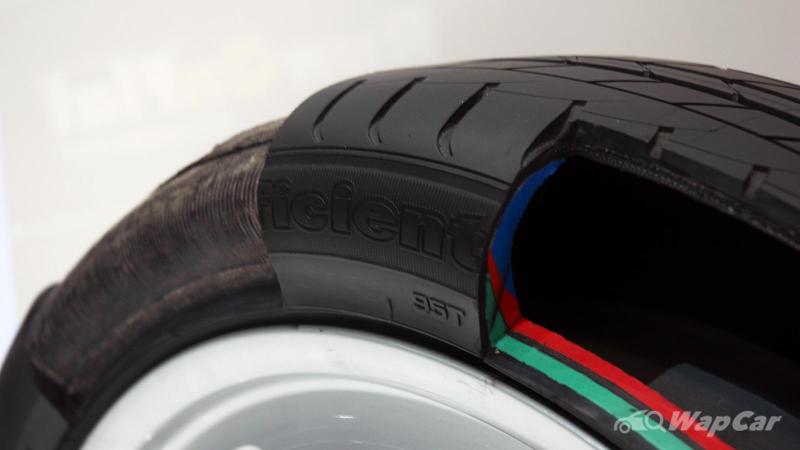 Goodyear’s director of global material science, David Zanzig claims there are more than 18 different components and over 12 different rubber formulations in a passenger tyre. Through the arrangement of these elements in its tread, sidewall, and husk, engineers can tweak a tyre’s grip, ride quality, noise levels, lifespan, and fuel efficiency. 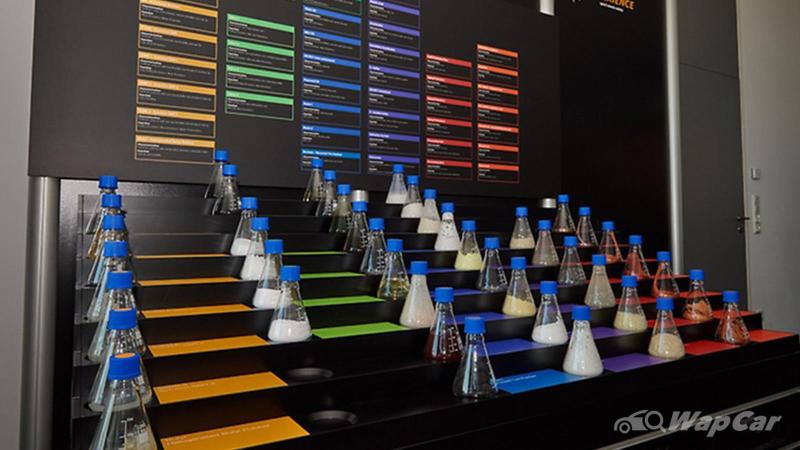 Take the Bridgestone Turanza tyres as an example. Aimed at cars your uncle would drive, the Turanza was developed to be a fuel-efficient, comfortable, and quiet tyre.

Making a comfortable tyre sounds easy, just make the sidewalls softer. But soft sidewalls flex, generating heat, which reduces fuel efficiency and grip. To counter that, silica is added to the rubber compound for more heat stability and grooves moulded into the sidewalls to isolate road vibrations. 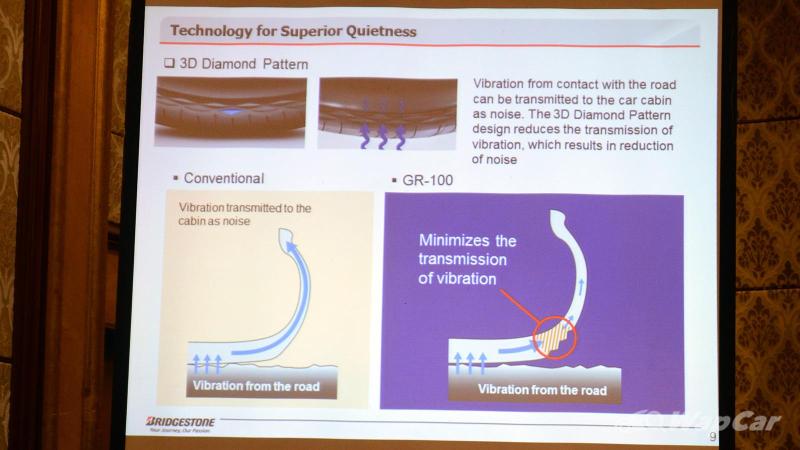 Then there are other issues like making a tread pattern that grips yet have enough grooves to push water away and – in the Turanza’s case – don’t cause too much noise. To improve the tyres NVH qualities, the designers came up with a complex set of patterns and tread block design. 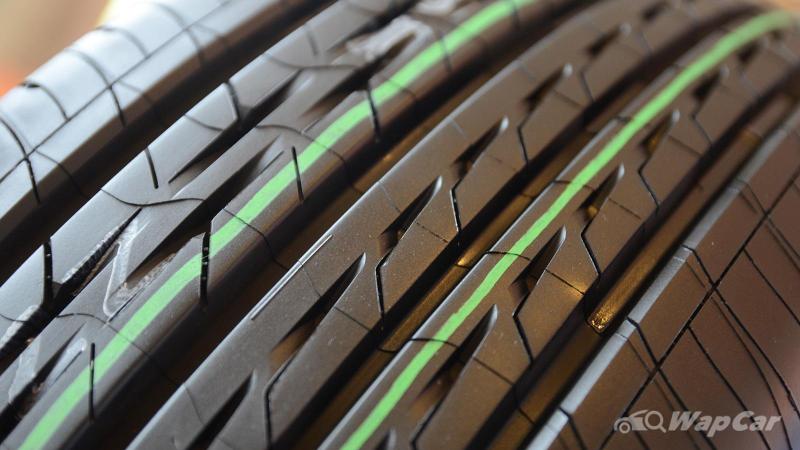 Getting the right results is a mind-bogglingly complicated endeavour which requires massive amounts of resources and experience to achieve. And it isn’t as though competitors can easily copy it or buy the expertise. 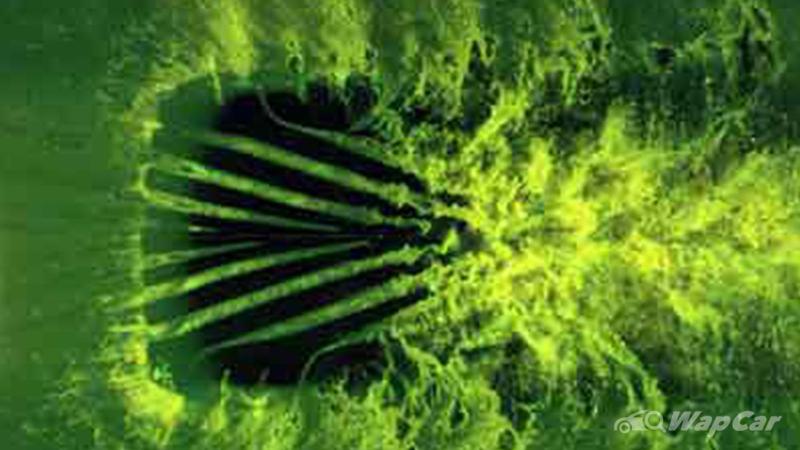 Let’s say you want to create your own tyre design that is “inspired” from a competitor tyre. Unlike cars, which can be easily taken apart, reverse-engineered, and copied, doing the same to tyres is a lot harder. 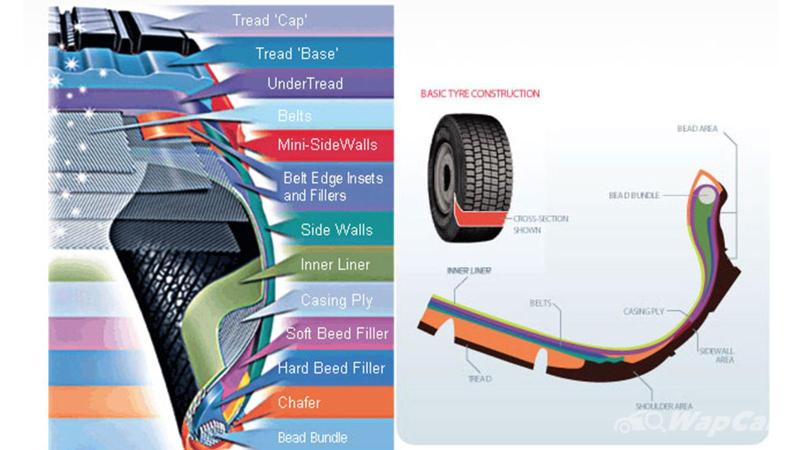 First off, you would have to deformulate the tyre compound. Not an easy task, but harder yet is figuring out how to reproduce it. Assuming you cracked the compound, you need to design a tread pattern and understand how to put its many layers together in the right manner. 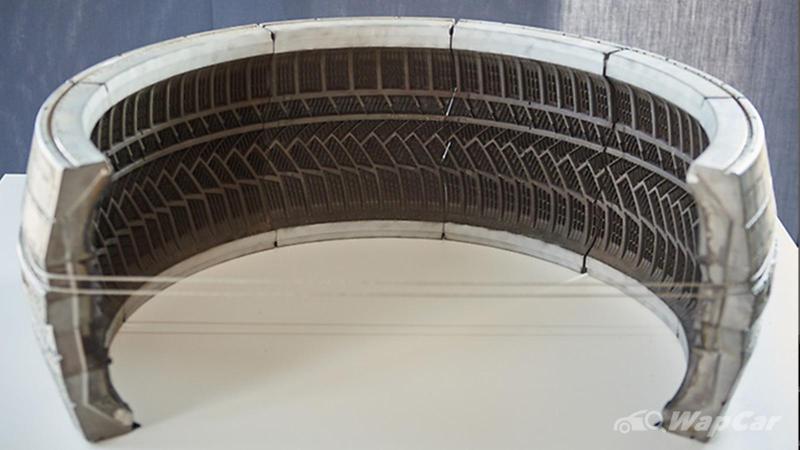 Also, don’t forget you need a crack team of test drivers to push your tyres to the absolute limit and be able to tell you what you are doing right and doing wrong. Helps if they are good enough to not crash while doing so. At the end of the day, you'll probably end up with a tyre that costs as much as a premium tyre. 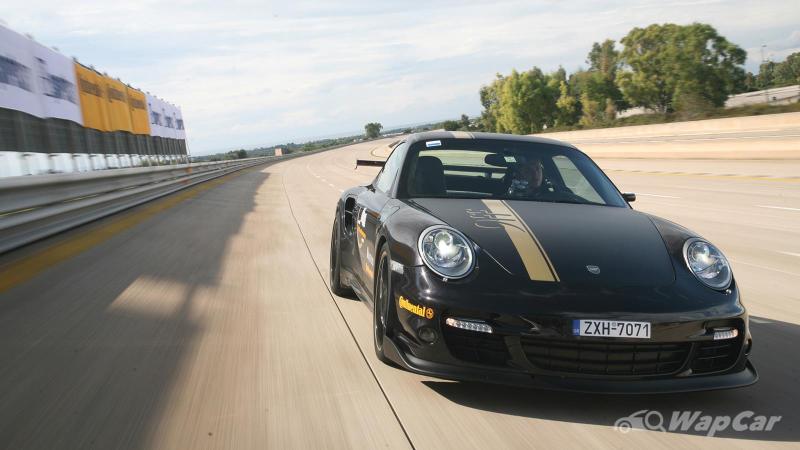 Industry figures are hard to come by, but it is generally agreed that the big-name manufacturers spend hundreds of millions annually on tyre research and development alone. 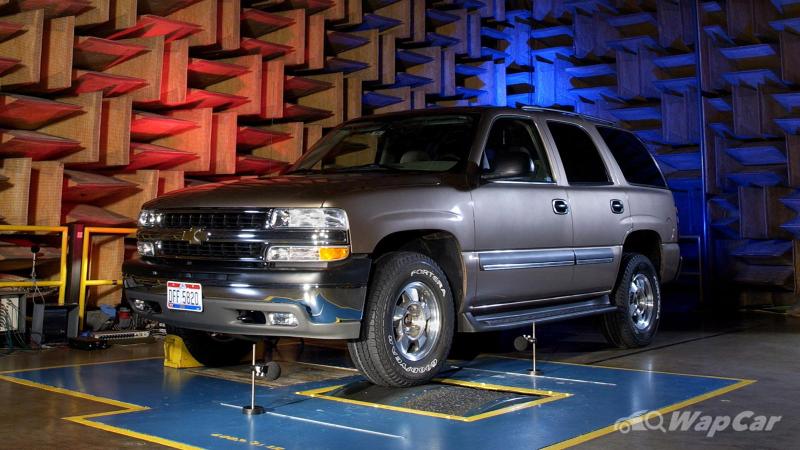 Continental claims that its tyres take up to four years to go from concept to OE approval. In other words, similar amounts of time and money need to develop an entire car!

So if spending figures are opaque, what is the best way to know what makes for a good tyre besides its price? Thankfully there is a guaranteed way to know for sure. Just look at what tyres are supplied as OEM fitment for your car or other cars in its segment. 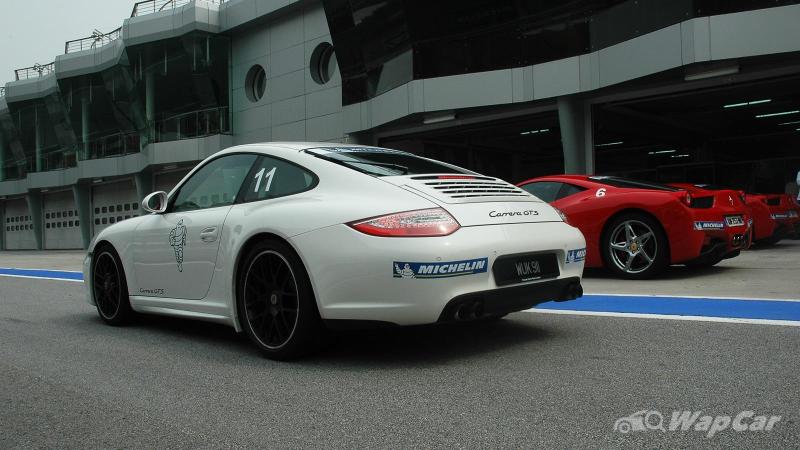 Forget about ad campaigns and brand recognition. Tyres are the most important component for a car's performance and handling, which is why car manufacturers choose its OEM tyres suppliers carefully.

Car manufacturers have a vested interest to make sure the tyre it gets is right for the job since it is the key component that affects a car's performance, handling characteristics and safety. 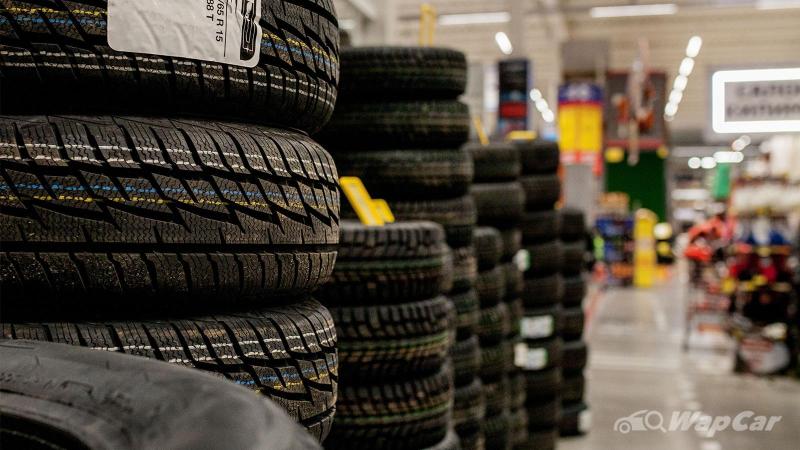 For tyre manufacturers, to be named an OEM supplier is a big deal. It is proof that its tyres are good and safe to be used. This is why you would never see a cheap tyre from a budget brand being used as OEM fitment for many cars. 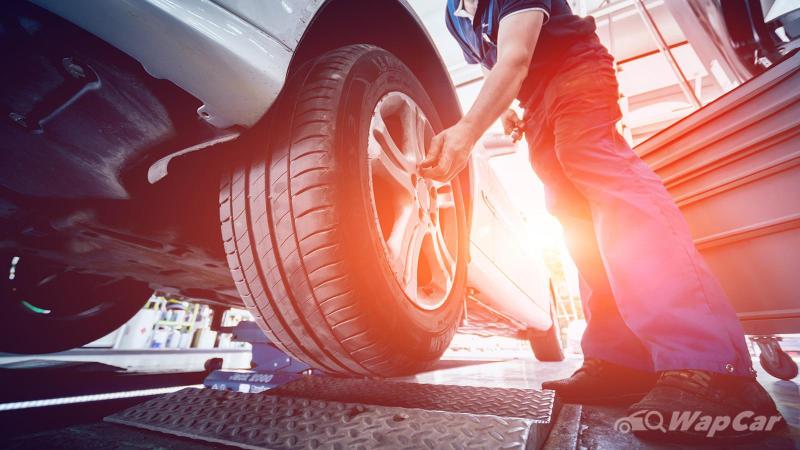 So the next time you are shopping for your next tyre, always go for an OEM tyre or a premium tyre. You can rest easy in the knowledge that the extra few hundreds of ringgit spent on an OEM-approved tyre over the “cheap option” isn't down to mere branding. Those ringgit will go a long way in making a big difference. Especially where it matters.