Home > News > After Malaysia and Thailand, the Honda City heads to Indonesia - can it do well there?

After Malaysia and Thailand, the Honda City heads to Indonesia - can it do well there? 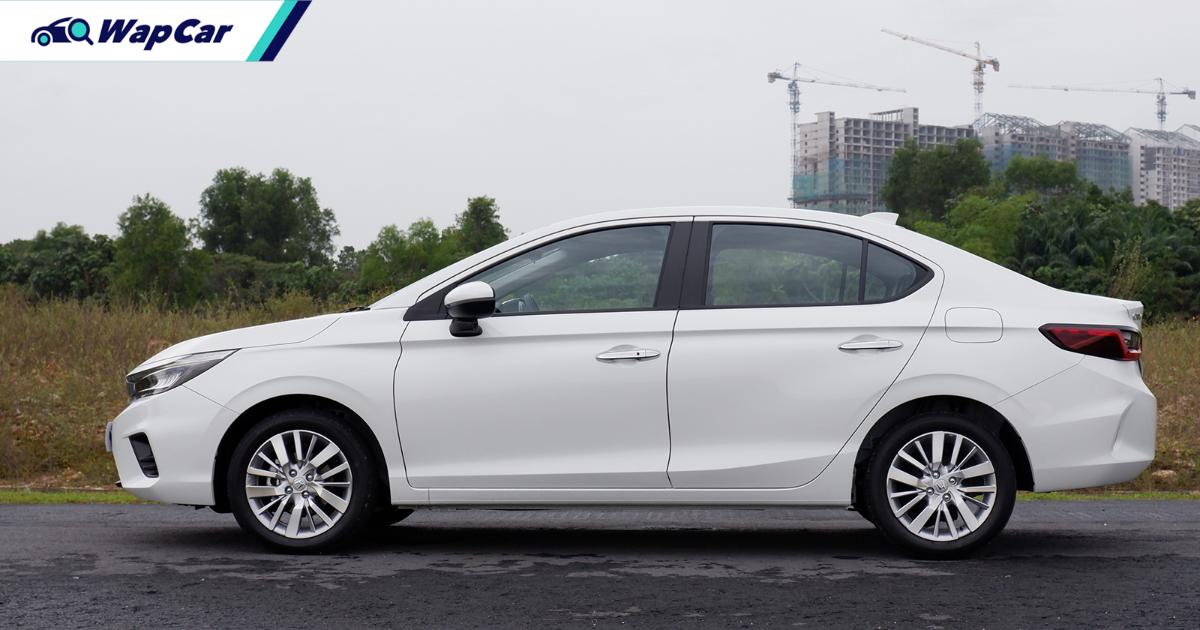 Following news of the 2021 Honda City Hatchback heading to Indonesia, it's now seemingly confirmed that its sedan counterpart, the Honda City, is also heading towards the archipelago.

You may be wondering why it's the hatch that was confirmed earlier. One factor is taxation: sedans are taxed around 20 percent higher than MPVs, SUVs or hatchbacks there - even with the same engine capacity and drivetrain. As such, hatchbacks are more popular than sedans there.

Back to the City sedan, small details of the car were spotted on Indonesia's Samsat website (essentially our Road Transport Department, JPJ). The site lists a vehicle's recommended price list next to its name, as below:

Much like the hatchback, this is different to the Thai-specs car which is driven by a 1.0-litre, turbocharged three-cylinder engine (122 PS/173 Nm), tailored to meet the country's tough emissions regulations.

The Honda City in Malaysia 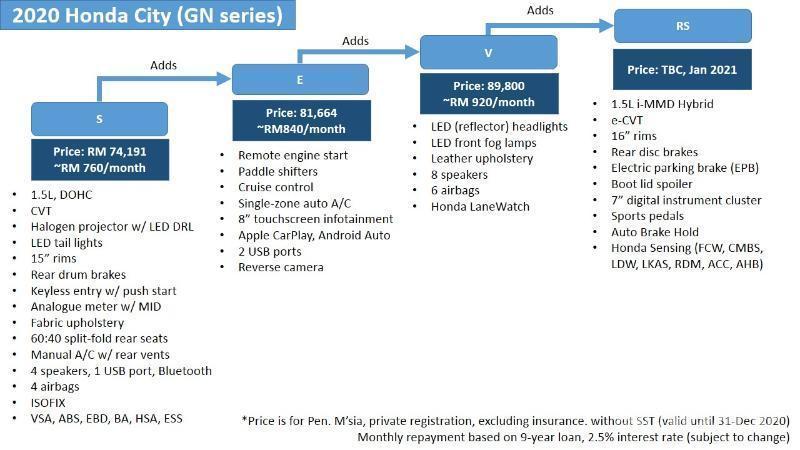 Four variants of the City are offered here: the pure-petrol S,E,V variants and the upcoming two-motor RS (review here) which is touted to be launched very soon. The City fights the all-new Nissan Almera and facelifted Toyota Vios.

Sometime this year too, we'll see the Honda Jazz replaced by the Honda City Hatchback, and that'll take the fight against the facelifted Toyota Yaris.