All-new 2020 Nissan Almera vs Honda City – Which B-segment sedan to get? 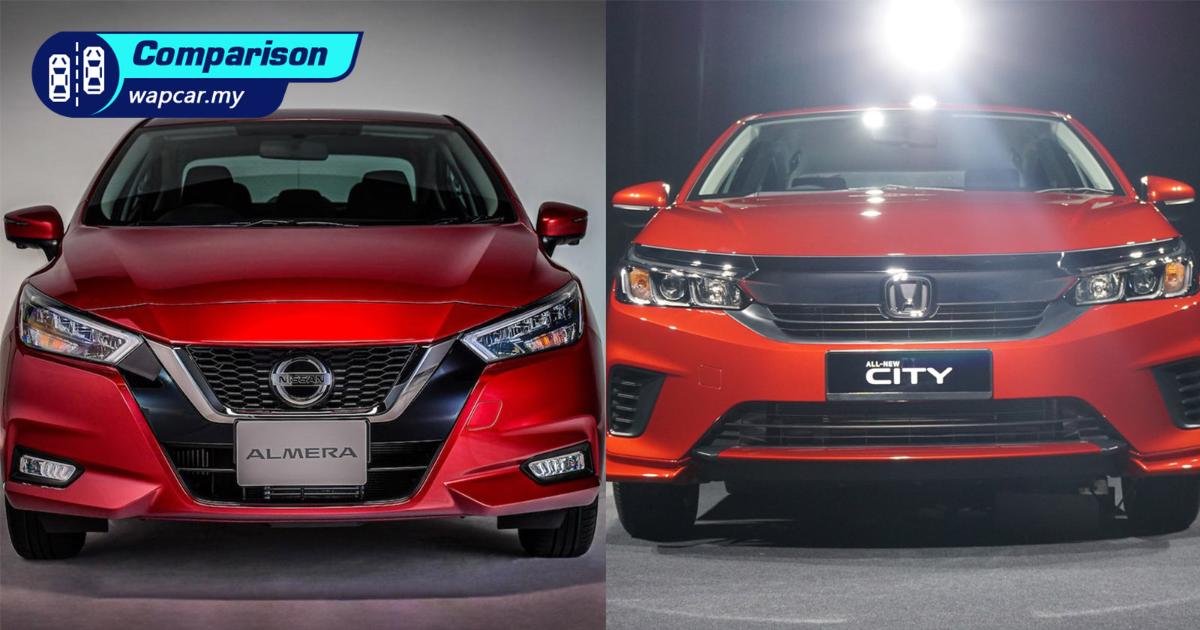 The previous-generation Nissan Almera definitely didn’t win in the looks or performance department but it was one of the cheapest non-national B-segment sedans in the market.

With the all-new 2020 Nissan Almera, it appears that it traded its looks for a more premium price. In fact, it’s more expensive than the all-new Honda City aside from the City RS which has yet to announce its price. 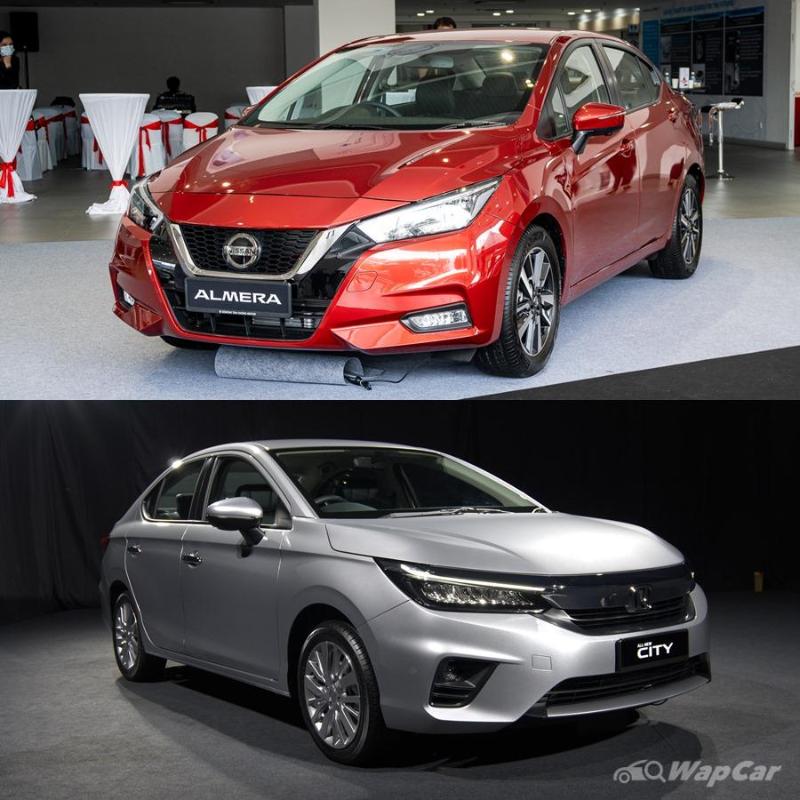 Does this mean that the City is a better buy than the Almera? Well, let’s take a deep dive comparison between the two latest iterations of the popular B-segment sedans (before the updated Toyota Vios swoops into the ring as the third challenger).

As the chart above shows, the Almera has 3 variants. All of which are powered by a turbocharged 1.0-litre 3 pot. While the base-spec Almera VL is a little over RM 5,000 dearer than the base-spec City S, there is the bonus of having cheaper road tax in the Almera. 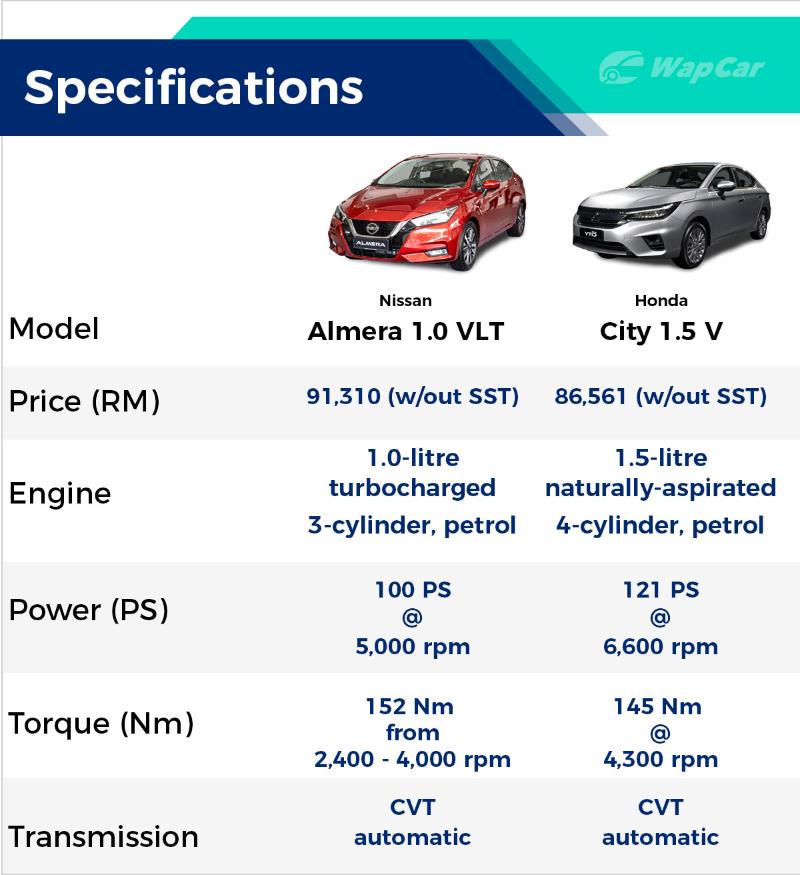 In terms of performance, the Almera loses out to the City in terms of power output (100 PS in the Almera, 121 PS in the City). Then again, it uses a 3-cylinder 1.0-litre engine. Overseas, the Almera has a 1.6-litre naturally-aspirated engine but this is only limited to left-hand drive markets. 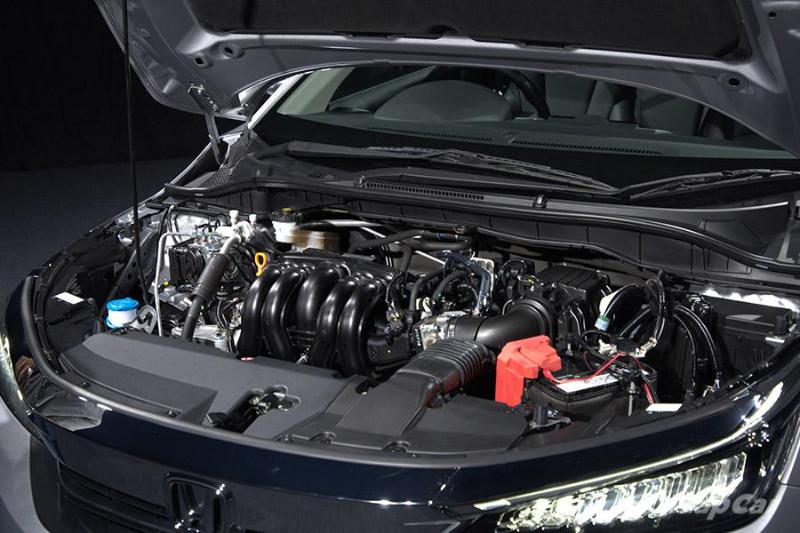 As for the City, it uses a 1.5-litre naturally-aspirated DOHC port-injection engine which replaces the outgoing model’s SOHC. This engine is different from the Thai-market City which uses a 1.0-litre turbocharged 3-cylinder engine. 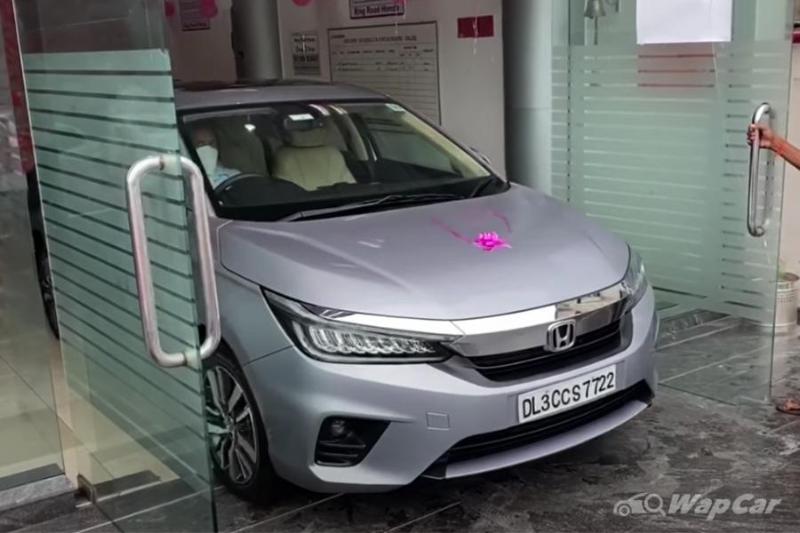 The petrol variant of the Malaysian-spec City shares the same engine as the Indian and Singaporean-spec models.

That being said, thanks to the turbocharger, the Almera pulls more grunt with its higher torque. No more worries overtaking then.

Equipment – Almera is no longer bog-standard 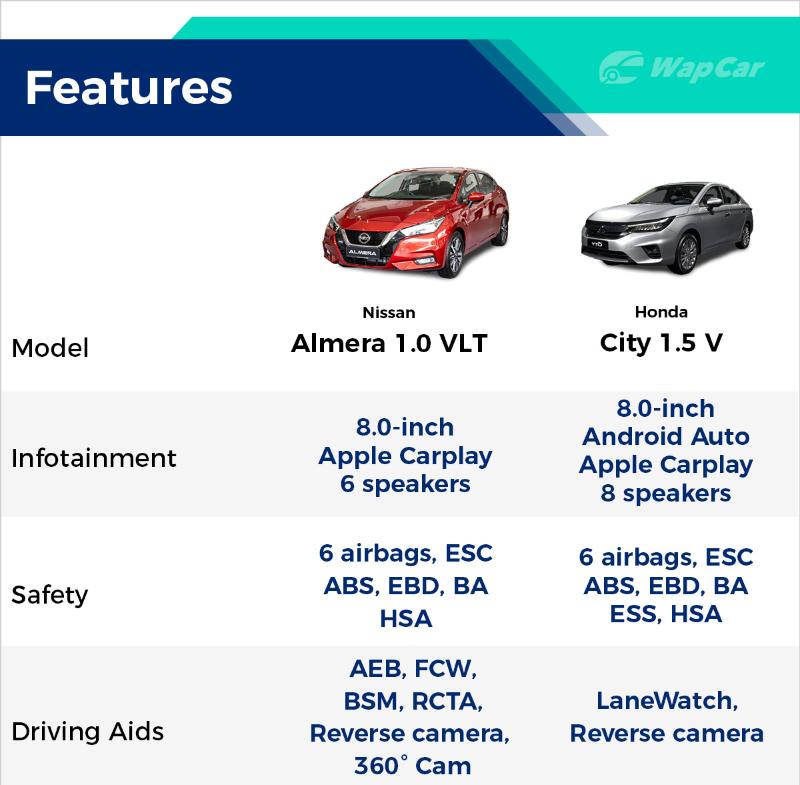 The previous Almera was a basic car in its cheapest variant, the E which came with a single driver’s airbag and a basic 2 DIN radio with AUX and USB. Bluetooth wasn’t even available. It was as cheerful as a Lada that’s painted bright yellow despite Nissan's attempts at making the interior funky.

In the all-new Almera however, the lowest-spec model, the VL comes with standard with Bluetooth connectivity. It's a bit more conservative inside but at least it looks ergonomic. Opt for the VLP spec onwards and you would get an 8-inch touchscreen infotainment unit with Apple CarPlay support. Only.

Curiously, the Malaysian-spec Almera doesn’t support Android phones. If you’re keen on connecting your Android smartphone to the car, then perhaps you should look away from the Almera. 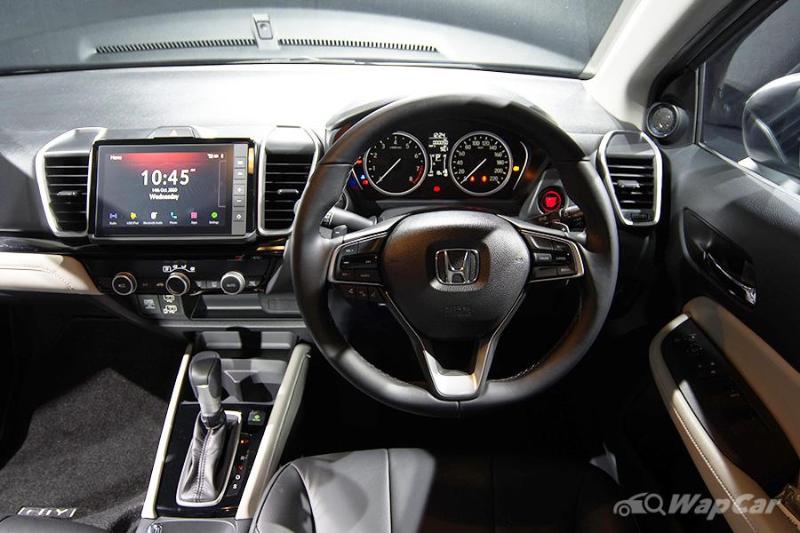 On the other hand, the all-new Honda City comes equipped with an 8-inch touchscreen infotainment unit as standard from the E variant upwards. This has support for both Android Auto and Apple CarPlay. 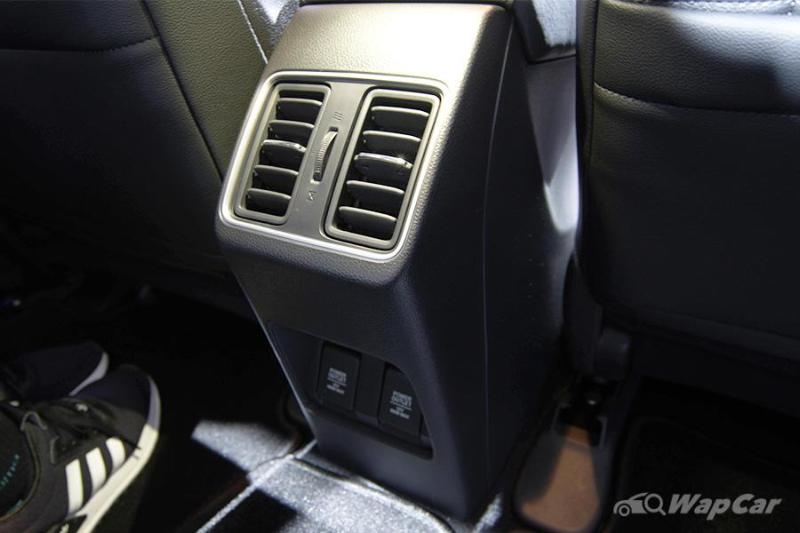 The base City S variant though is the cheapest even compared with the all-new Almera. The radio on the S variant is basic with a single USB port with Bluetooth connectivity. On the plus side, it also comes with rear air-conditioning vents, something that is absent in its Nissan rival. Still, the S variant isn’t what you might consider lacking in safety features. 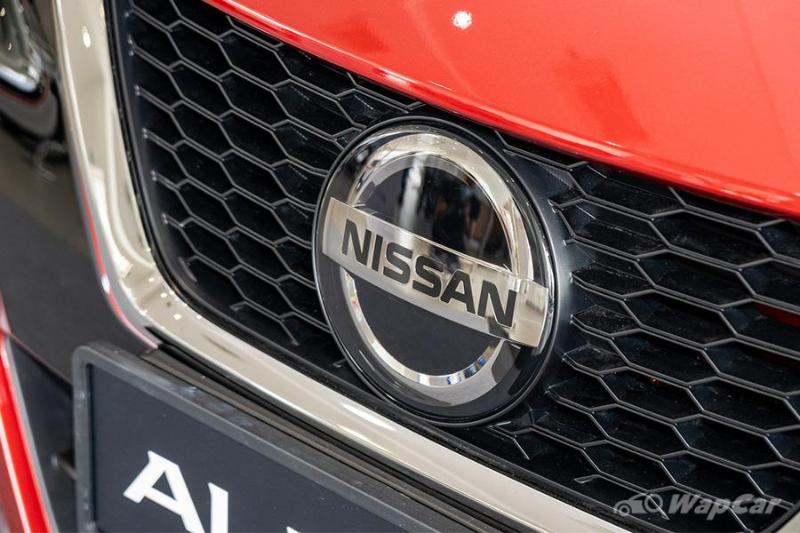 If we compare the highest variants of the all-new City and the all-new Almera, they’re both pretty much on the same level. Both have 6 airbags and while the City V variant gets LaneWatch, the Almera VLT gets BSM, RCTA, AEB, and FCW.

The interesting part is that AEB and FCW are standard across all variants of the Almera, even the base VL-spec. However, the latter loses some points for only having 2 airbags. 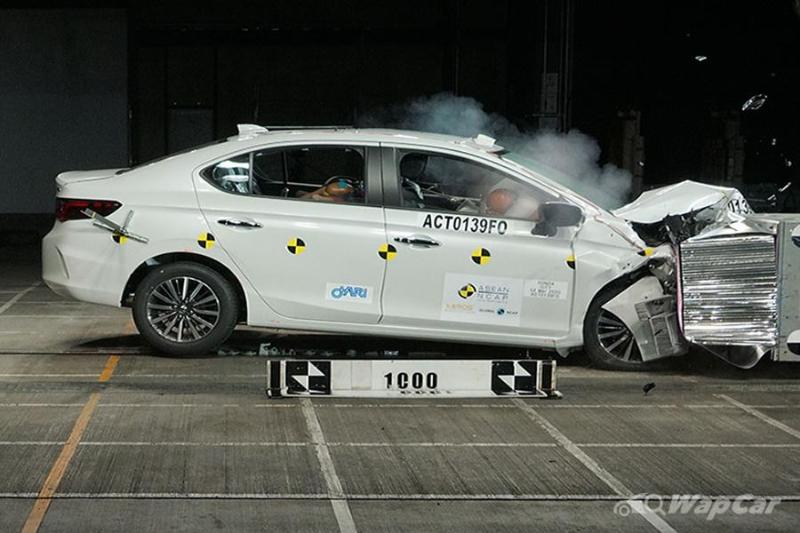 The City S which is cheaper than the Almera VL comes with 4 airbags which in simple maths is twice the amount of airbags. Granted, you are getting some advanced driving aids for a little bit more. Only the City RS gets Honda Sensing and prices will only be announced in January 2021. 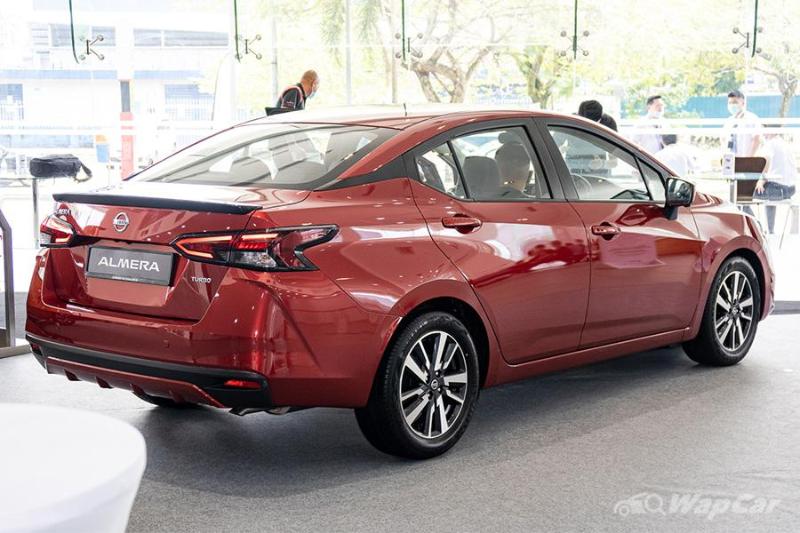 Compared to the previous-gen Almera, the all-new Almera is leaps and bounds ahead in terms of looks, features, and price. Nissan has produced a looker for sure, some might think that the Almera looks prettier than the City. 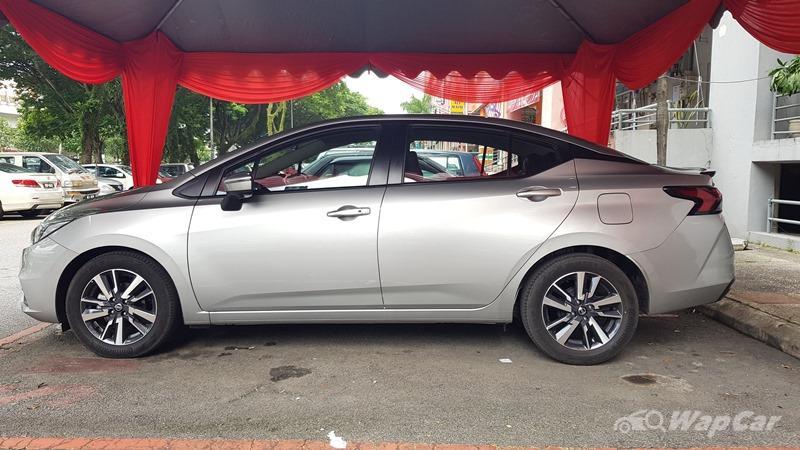 The all-new Almera comes with safety features like AEB as standard as opposed to only putting it on the flagship variant. Its 1.0-litre engine might even be enticing for those who wish to save on road tax. 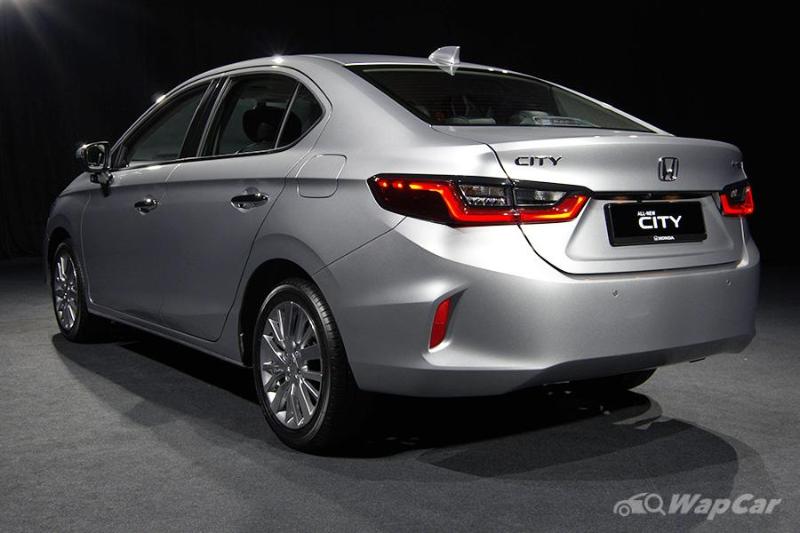 However, for the real value-seekers, the City sounds like a better choice. It’s packed with features like support for both Android Auto and Apple CarPlay as well as offering more features for less. 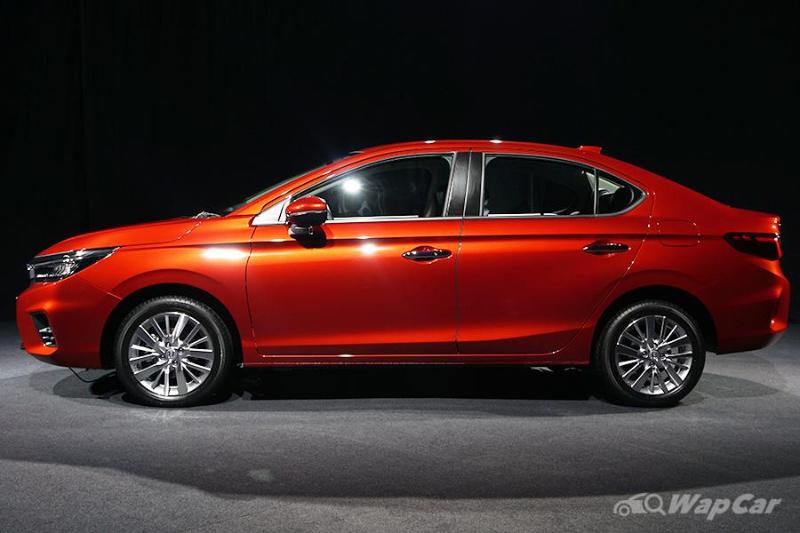 The previous Almera was once a choice for those who wanted a brand-new non-Malaysian car on a budget. Now it seems that even the budget-conscious can’t help but be enthralled by the H badge.

We have yet to give a full, in-depth review of both the all-new Almera and the all-new City so do stay tuned for that.