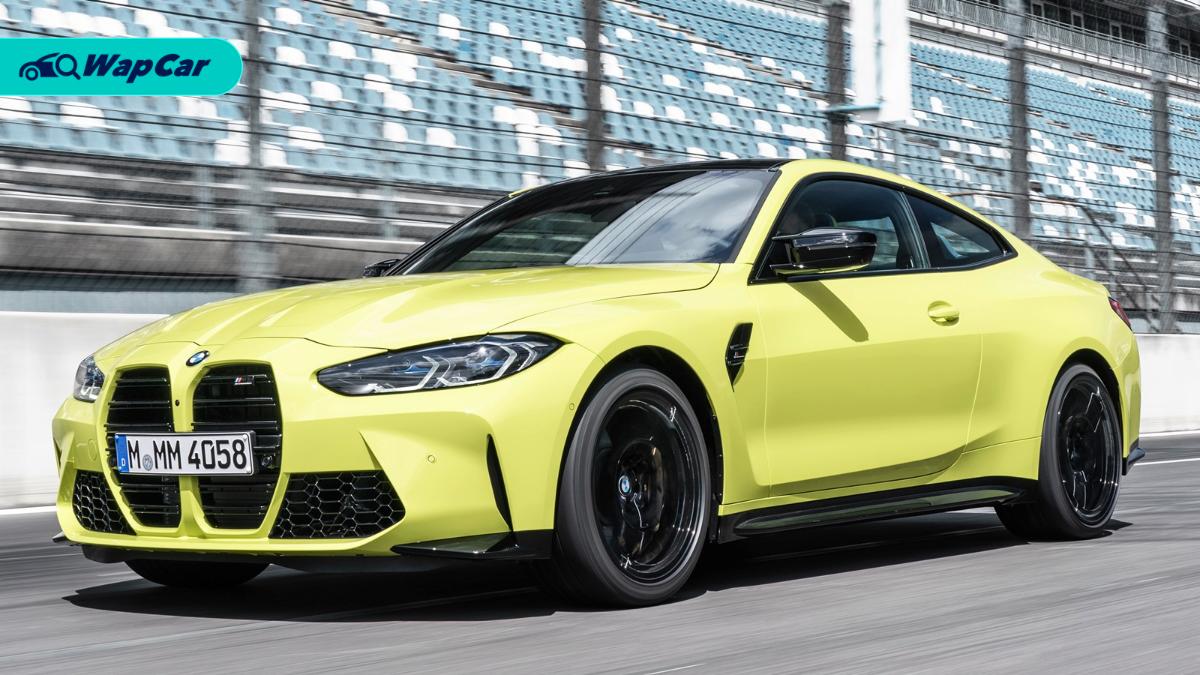 We've discussed it before, seen the spyshots, covered the development but one thing remains certain - the all-new 2021 BMW M4 keeps its polarising kidney grille. Well, at least it's distinctive, right? 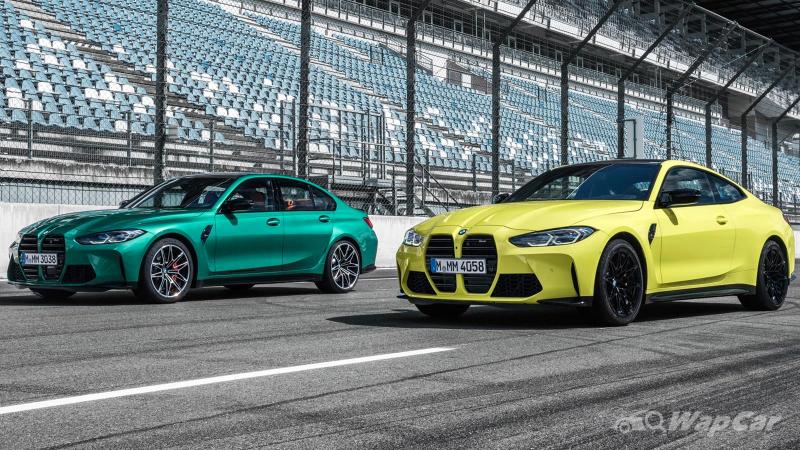 Launched through an online event yesterday alongside the all-new 2021 BMW M3, what isn't polarising about the new M4 is that it's a purebred, eye-poppingly quick track machine for the road. Let's go!

Familiar performance with a new twist 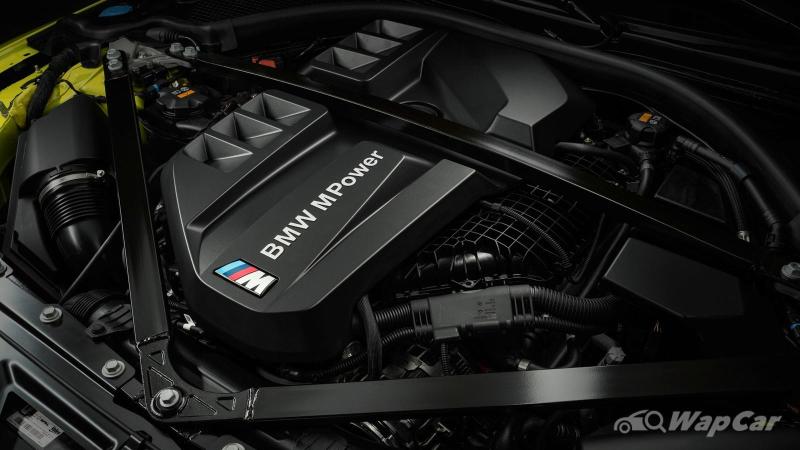 Quick stats for you: the new M quadruplets (a pair of M3s and M4s, more on this later) get 3.0-litre twin-turbo straight-sixes, mated to either a six-speed manual or an eight-speed automatic. 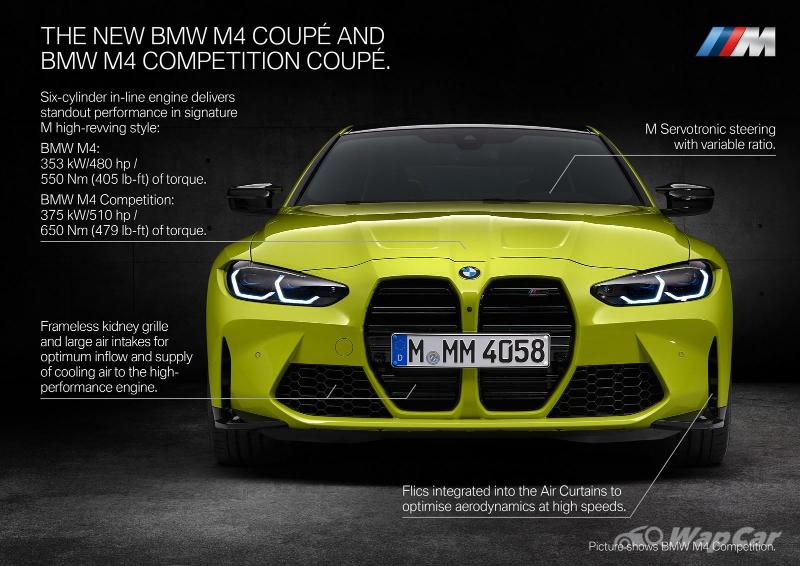 However, the stick shift is reserved for the 'regular' M4, if only because it won't last all that power and whacking drivers will inevitably partake in behind the wheel.

Which will really happen because the Bavarian boys and girls gave it a model-specific exhaust sytem for 'emotionally stirring' engine soundtrack. ///Mmmmm for sure.

Other things that'll be stirred is probably your lunch and dinner in your belly as BMW has now included an optional 'Drift Analyser'.

It's exactly what it says on the tin - it's a gizmo that records the length, time and angle of your drifts. Probably the only thing missing is a 'Share to Instagram' option, which might come in a future update...

What's confirmed in a few months though is all-wheel drive, a first for both the M3 and M4. An M AWD system no less - which means it lets you prod a button to aim extra torque rearward for high-score beating moments! 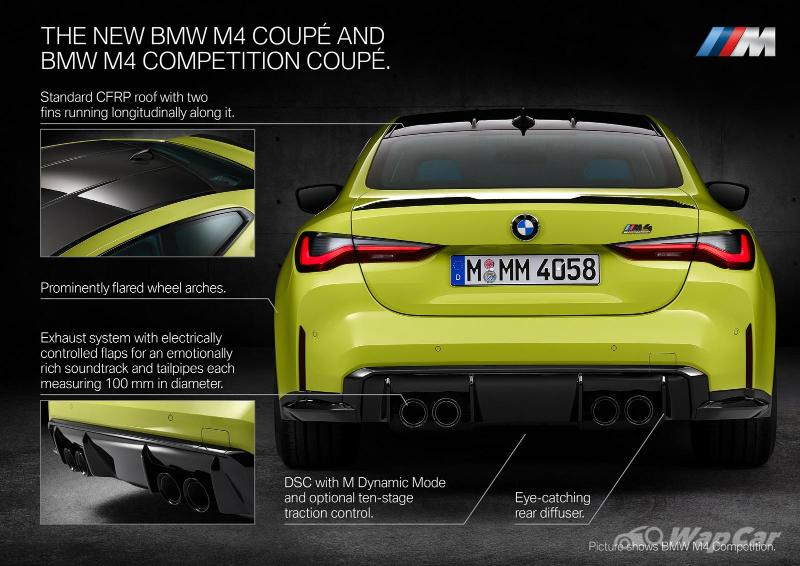 Nose-withstanding, the M4 is properly shouty. Pumped wheelarches hide meaty tyres and there's extra cooling ducts on both sides of the main grilles to feed cool air to the brakes. 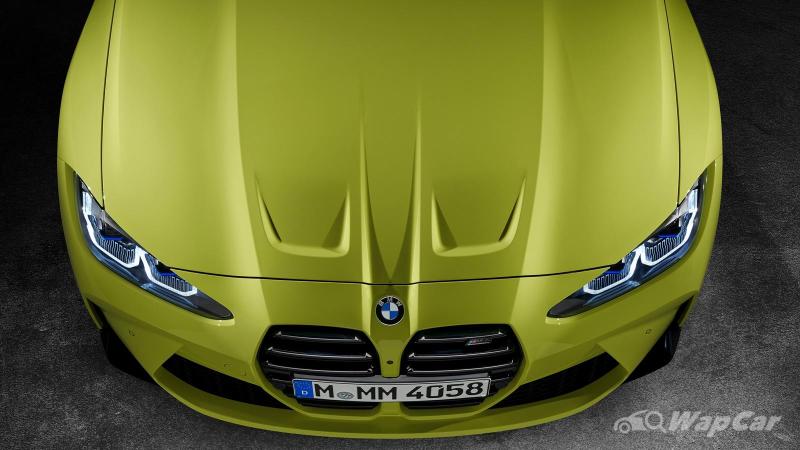 The hood vents are a nice touch, and looks like something you can spec on Need for Speed Underground 2. 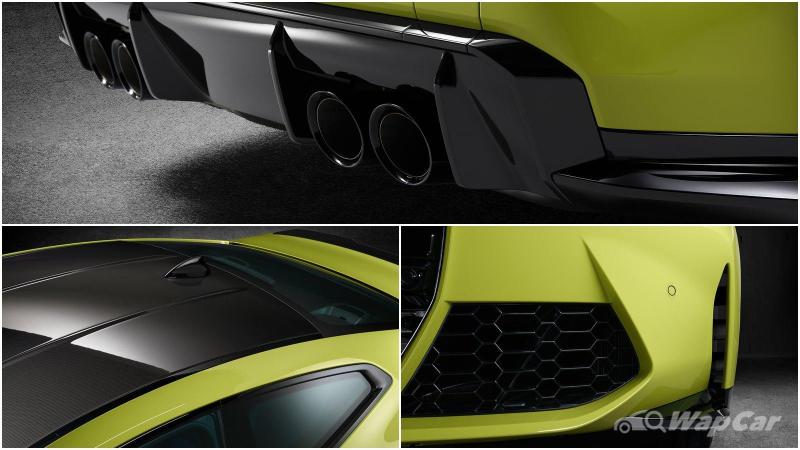 Of course, it'll have a carbon-fibre roof to reduce the centre of gravity, and all manner of flics, slats and ducts that smooth air around the car which allow you to go fast while staying on the road. 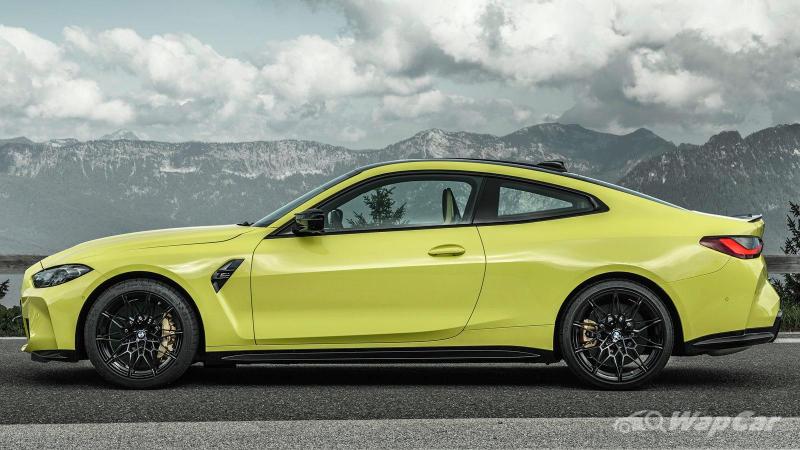 Which you'll need, because in both guises it will be pretty quick - 4.2 seconds to the century sprint in the 'bog-standard' M4, and 3.9 for the Competition. 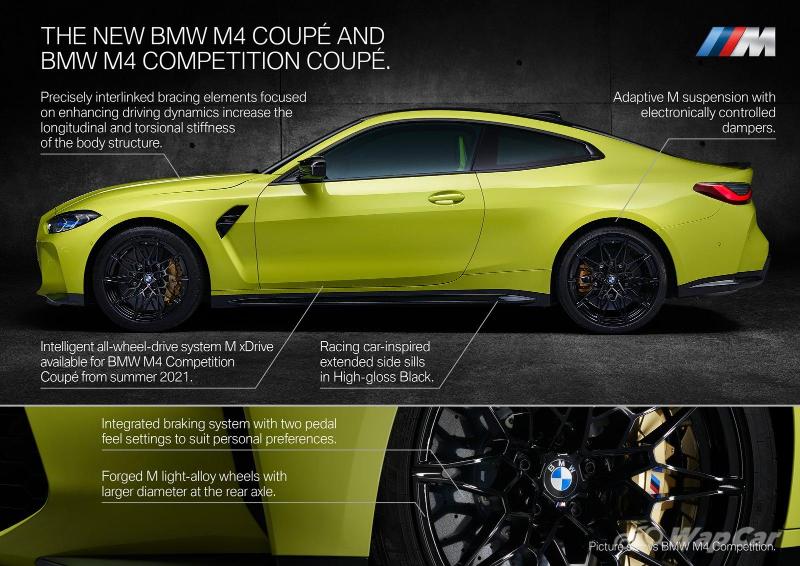 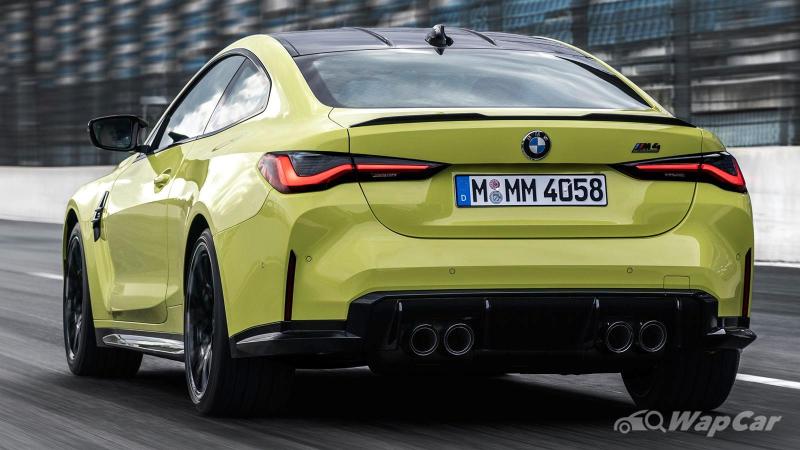 Other than that, it gets multiple extra braces and stiffening plates over the standard 3- or 4-Series, which are - as Shaun will tell you - hardly floppy themselves. 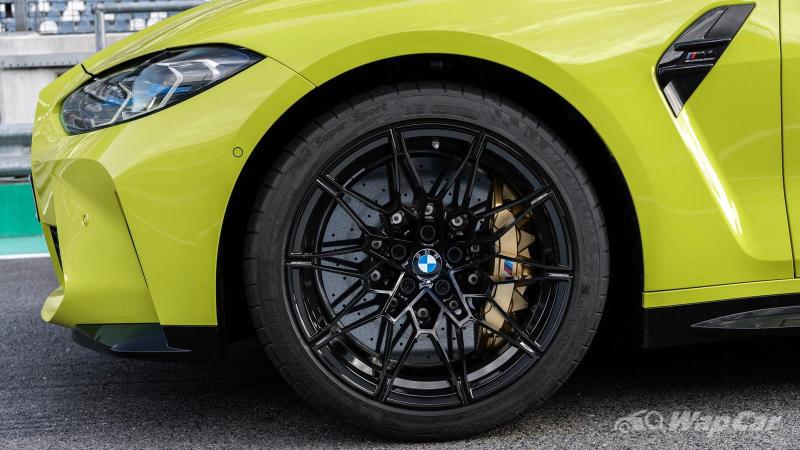 Getting up close and personal 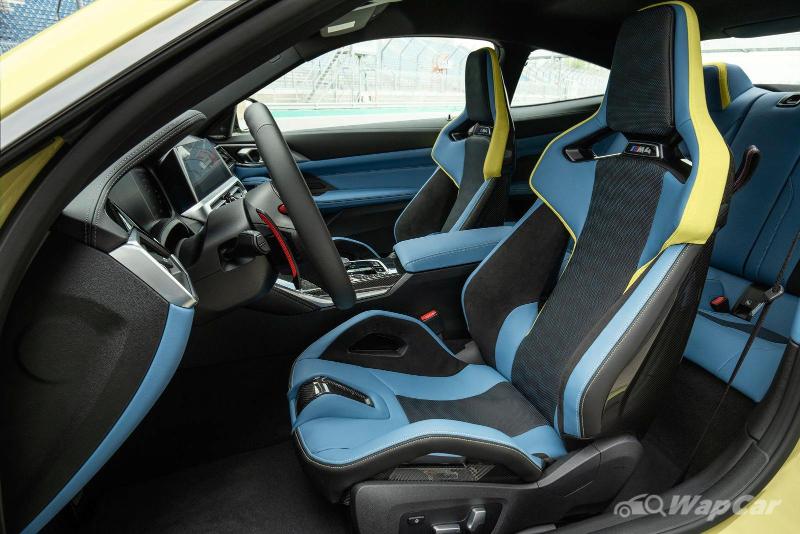 The cabin is what you'd come to expect, loads of carbon, a smattering of Alcantara and lovely leather seats. These gaming-chair-esque blue and yellow carbon-fibre bucket seats are optional extras. 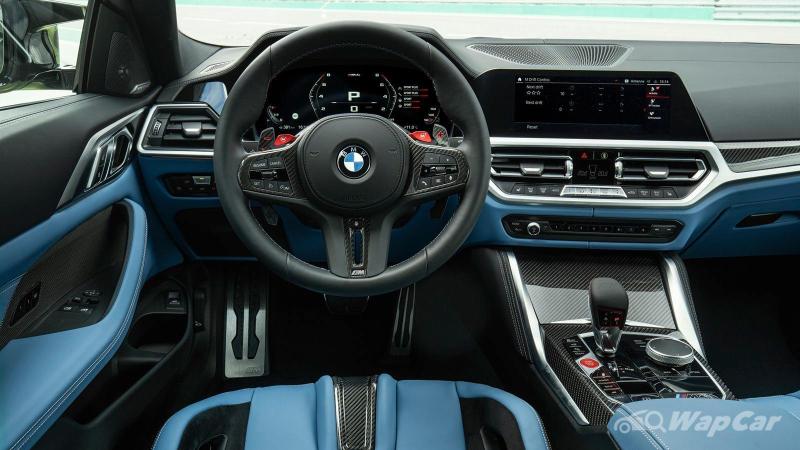 Which you should spec if you're a prospective owner - they'll go really well with the M-specific graphics on the dash and all the jazzy colours you can spec. 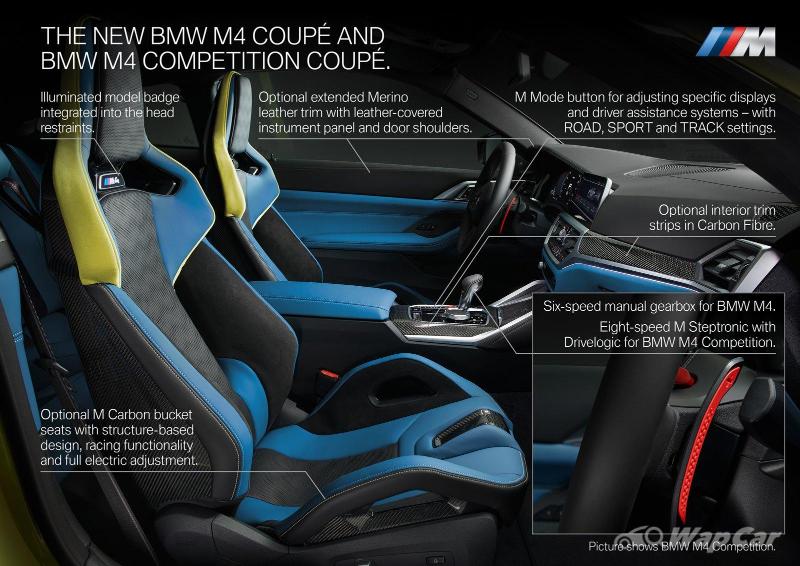 I want one now!

BMW will start sending these to showrooms starting March 2021. Prices have not been announced. 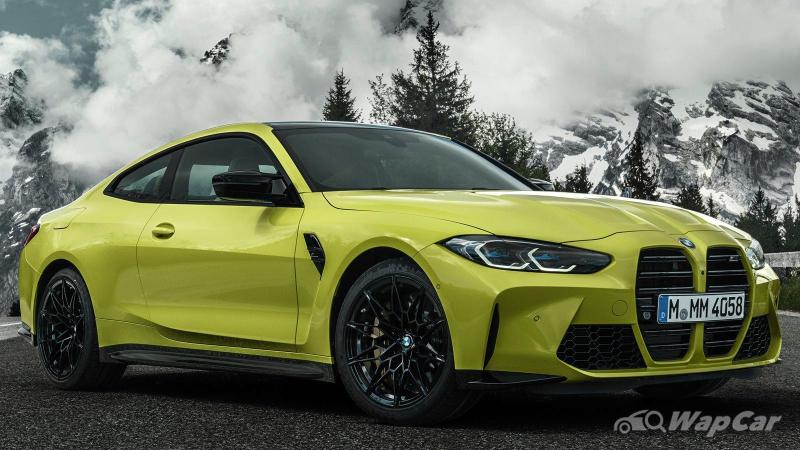 Looking at it again, hey, it actually doesn't look too bad, and it's got mad power and tech to boot.

So how, are you still polarised? Let us know... 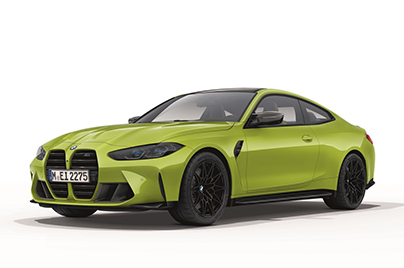