Honda Malaysia has just confirmed that it will be launching the all-new 11th generation 2022 Honda Civic (FE generation) very soon. Honda dealers in Malaysia are now accepting bookings for the C-segment sedan Honda.

The FE generation Honda Civic will succeed the outgoing FC generation Civic, which was launched here in 2016.

The teaser video released by Honda Malaysia carries the tagline ‘A Legacy, Reborn.’

Honda Malaysia has yet to announce the prices of the all-new 2022 Honda Civic but if indications from other countries that have already launched the Civic FE is a good indicator, then the entry 1.8-litre naturally aspirated model will most likely be dropped, leaving only the 1.5-litre VTEC Turbo as the sole engine available.

This also means that starting price for the 2022 Honda Civic FE will definitely be a lot higher, estimated at circa RM 130,000.

For reference, the outgoing Honda Civic FC used to sell for RM 109,326 for the entry 1.8S naturally aspirated variant while the 1.5-litre turbocharged TC and TC-P variants used to sell for RM 125,081 and RM 134,661 respectively, inclusive of SST exemptions for locally-assembled passenger cars.

What engine and transmission does the 2022 Honda Civic use?

As mentioned earlier, the 1.8-litre i-VTEC will most likely be dropped, leaving only the 1.5-litre VTEC Turbo. In Thailand and Indonesia, the VTEC Turbo-powered Honda Civic FE sold there makes 178 PS / 240 Nm - for both countries.

The Malaysian specs 2022 Honda Civic makes 182 PS and 240 Nm, the highest in the region. Compared to the outoing Civic FC, it makes 9 PS and 20 Nm more than before. Drive is still transferred to the front wheels via a CVT, now remapped for better response and driveability.

As before, the flagship variant (to be called RS, but unlike the City / City Hatchback, won't be a hybrid) will feature the full suite of Honda Sensing advance driving assistance features (ADAS).

For this all-new 2022 Civic FE, the Sensing suite now adds one more new function - Lead Car Departure Notification System. During idle times such as the waiting at a traffic light, the system will alert the driver if the car doesn't respond even after the vehicle ahead has driven off. 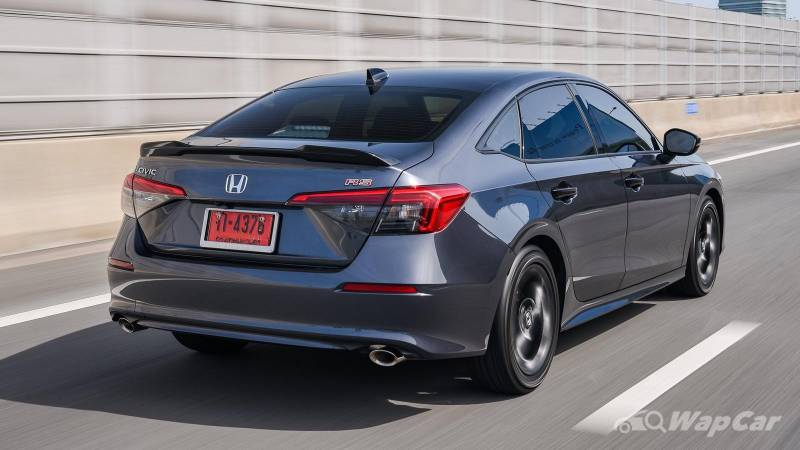 To date, the 2022 Honda Civic FE has already been launched in Thailand, Indonesia, and Singapore, all only available with a 1.5-litre VTEC Turbo.

When will the 2022 Honda Civic FE be launched in Malaysia?

Honda Malaysia says deliveries of the all-new 2022 Honda Civic will begin in Q1 2022. 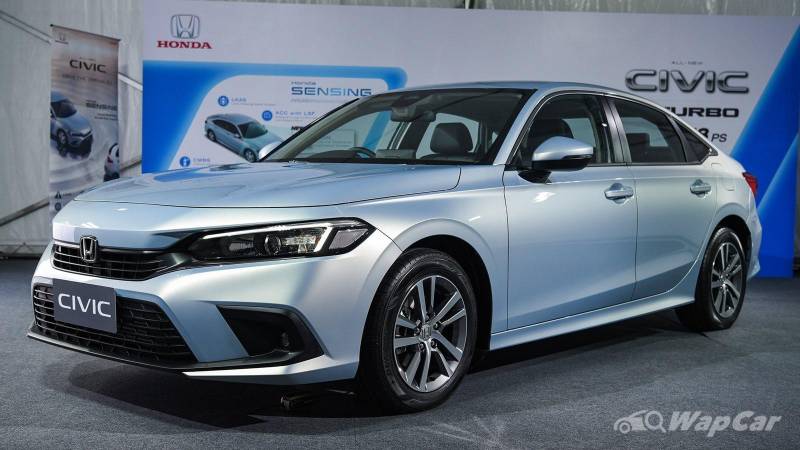 The video below is for a Thailand market model, local specifications may differ.